In September we were able to take a family trip to California to visit Disneyland, the beach, and Universal Studios!


Cory and I have talked about doing this for years and we always end with "Well, someday when we have money we'll go..."


As the years tick by we've realized we're never going to just "have the money". Ever. We're not one of those super lucky families who get to go all the time because we don't have thousands of dollars we don't know what to do with. If you are, please take me with you next time. Thanks. Anyway, we made a plan and started saving for the trip because we knew it was important to go and that with budgeting, we could make it happen. We worked really hard. Cory worked a lot of extra shifts, we saved, we sacrificed on smaller trips with family to save the money for Disneyland, and we were successful!!!!


This was the most amazing trip! The kids, Cory, and myself are still talking all the time about what a magical trip it was. We had such a blast!! So let's dive in....

After spending 5 hours in the car with Brynlie last summer when we went to Yellowstone, we knew that driving to California for our family just wasn't going to work. Not everyone would have survived the ride. We flew into Long Beach which in itself was quite the adventure. I've only flown once when I was really young. So it was basically my first time flying as well. The girls we ecstatic!!! 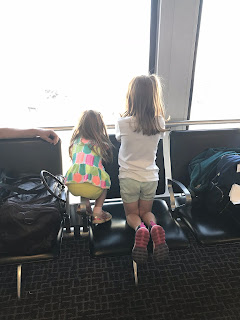 Their excitement was super contagious and I felt like a little kid on Christmas when we arrived at the airport. 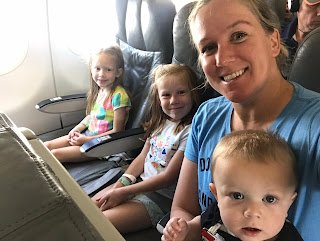 As it turns out, flying kind of scared the crap out of me at first. I tried to put on a brave face and just secretly hoped that if the plane went down, we all died together.


Our perfect little Logan wasn't so perfect on the flight either... but we survived thanks to it being fairly short. 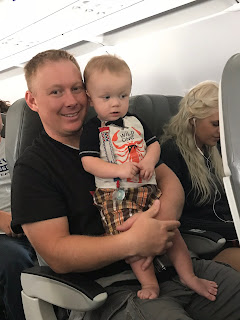 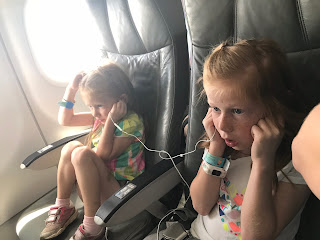 Once we touched down we took a taxi to our hotel room, settled in, and then decided to spend the rest of the night walking around Downtown Disney. We had yummy and expensive pizza for dinner. 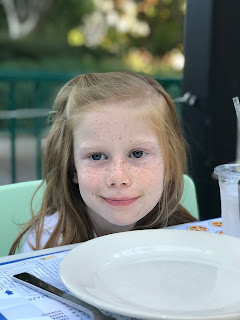 People warned us about the food prices at Disneyland, and I thought I was prepared, but this meal was way more than I wanted to spend. It was really good though. 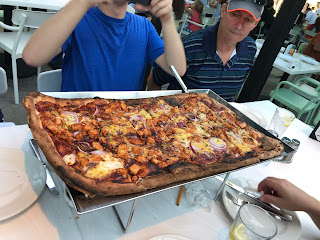 I forgot to mention that we invited Cory's parents and his nephew, Braden, to come on the adventure with us. We had so much fun and they were wonderful company to have! 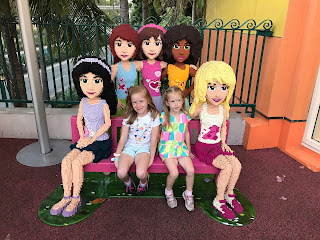 We went just in time to see the Halloween decor, but early enough that we didn't have to pay extra to stay in the park at night for the Halloween stuff they do. The decorations were awesome. 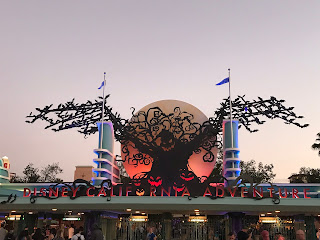 We walked around Downtown Disney then figured we'd better head to bed and get a good nights rest so we could start the magic in Disneyland the next morning!!! 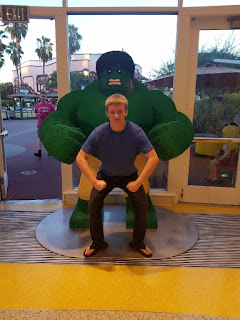