**This is my fourth and final installment of trying to catch up on our life since I last posted. I was trying to convince myself that blogging doesn't matter anymore. But then I'll go and read posts from years back and I love being reminded of life events. I would be sad if that stopped. So I'm going to try and do better. I am way better at updating life on Instagram, so feel free to follow me there @run_happy_hunter if you want more day-to-day updates. **


I'm doing a post on each family member and as I was gathering my thoughts, I realized there was really nothing to say about Cory. He goes to work and tinkers around our house and is Super-Dad. Other than loving him more than I can say, he doesn't have anything exciting to update on. But just know we love him and he's still here and being awesome in the background and never asking for a thing in return.

I accomplished a goal I never thought I could reach... I finished this puzzle/game before the doctor came in the room at the Pediatricians office the other day. It was intense. 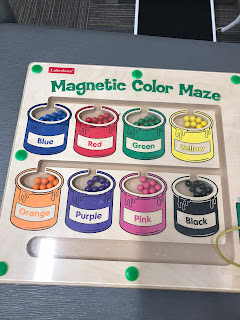 
The gym that has been my life and my home over the last 5 years closed down. It was a very sad thing and I didn't handle it well. I miss my friends like crazy, and I floundered for a bit to know what to do next. But after testing out some places and whatnot, I was finally able to find a great home with Crossfit. The trainers are the real-freaking-deal and the people are amazing. I'm getting my butt handed to me every day, and I love it!! It's what I've been needing. However the first day got a little ugly. My very last box jump of the workout, I didn't quite make it. 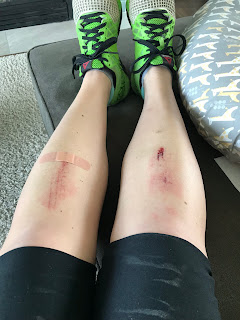 My legs were so bruised, swollen, and tender for weeks!! But they're finally on the mend. And I love crossfit so, so much. I can't wait to see where it takes me.


Running coaching has been amazing and I've been having so much fun seeing my friends/clients succeed at what they've worked for. Each one has inspired me to try a little harder and make no excuses.

However, running for me personally has been kind of a joke. I've tried to get back into it but I'm just not ready. I run when I can and that usually means running on the trails since those are the only kind of running shoes I have at the moment. 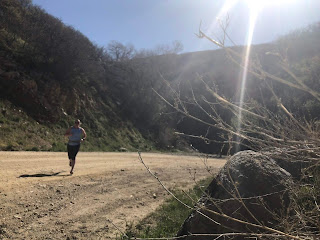 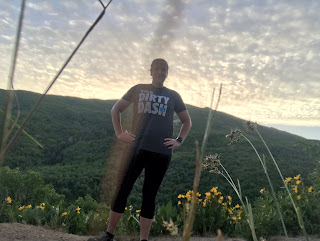 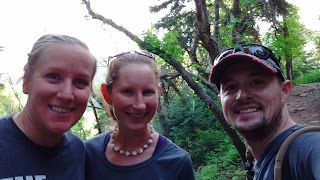 I've had so much shoe-drama, if that's even a thing. I've tried three pairs now that were just terrible and left me with horrible blisters. 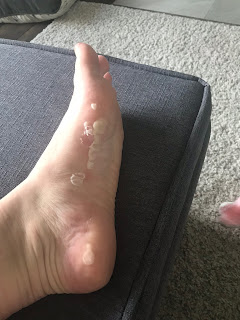 Gross, right? Just in time for sandal season. So because of the lack of shoes I haven't been motivated to train for anything or really even try. I know it'll take me awhile to get the hang of doing crossfit and running, so I'm not in a rush to cram everything in. I'll get there. I have time.


We've finally started clearing out the jungle we had in our backyard. People, hear me... children could have disappeared for days in that thing. It's been back-breaking, grueling work, but it's coming along and it's going to look so nice when we're done. The girls now have a nice little spot for their playhouse, we'll get a garden growing soon, and put in a fire pit and lounge area. It'll be awesome. Someday. 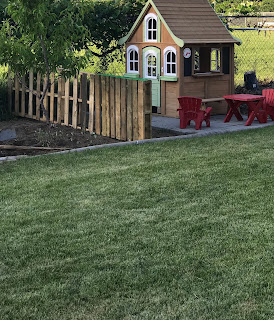 And lastly we went to Lagoon yesterday KID FREE with some of Cory's cousins. 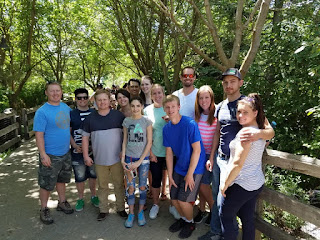 It's been a long time since I've had that much fun and laughed that hard. I just wanna squeeze these people, I love them so much!!! 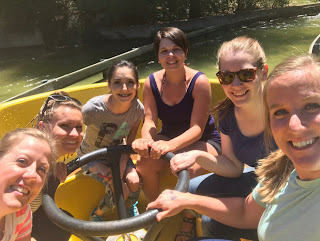 I've now been blogging for two solid hours, so I'm going to be done for now, but I'll do my best to start updating more regularly, especially now that summer is here.
Posted by Megan and Cory at 10:00 PM

Checked my blogs tonight and was pleasantly surprised to see your updates! Your kiddies are the cutest!! Also, is that guy in the running pic Clint??