Hello again, friends!
I had my appointment with the mental health doctor yesterday. I really liked her. After asking me a billion questions (which I’m glad she did) we concluded to try me on a full-time anxiety medication and see if it’ll help. This is on top of what I’m already taking for depression. I’m hopeful. But we won’t know if it’s working fully for a few weeks yet. It felt so good to talk to someone and not feel like there was something wrong with me. I didn’t feel embarrassed about my situation like I have felt telling other doctors. It was like she just knew. So my fingers (and toes) are crossed that in a couple more weeks the anxiety will be under control and I can start feeling normal about life again. Prayers are appreciated.
One thing that has significantly helped my mood is this insane weather! Can you believe it?! It’s been so nice out! I understand this doesn’t bode well for our state in the future, but mid 50’s in January in Utah is so rare I almost don’t care. Almost.
I’ve been dying to get outside and I recently discovered we have access to the Bonneville Shoreline Trail just seconds from our house. That’s going to make trail-runner-Megan very happy in the somewhat near future. There’s no shade, so it’ll have to be a spring or fall thing I think. But it’ll be great.
In the meantime we drove the trail twice in one day. The first time we just explored a bit. 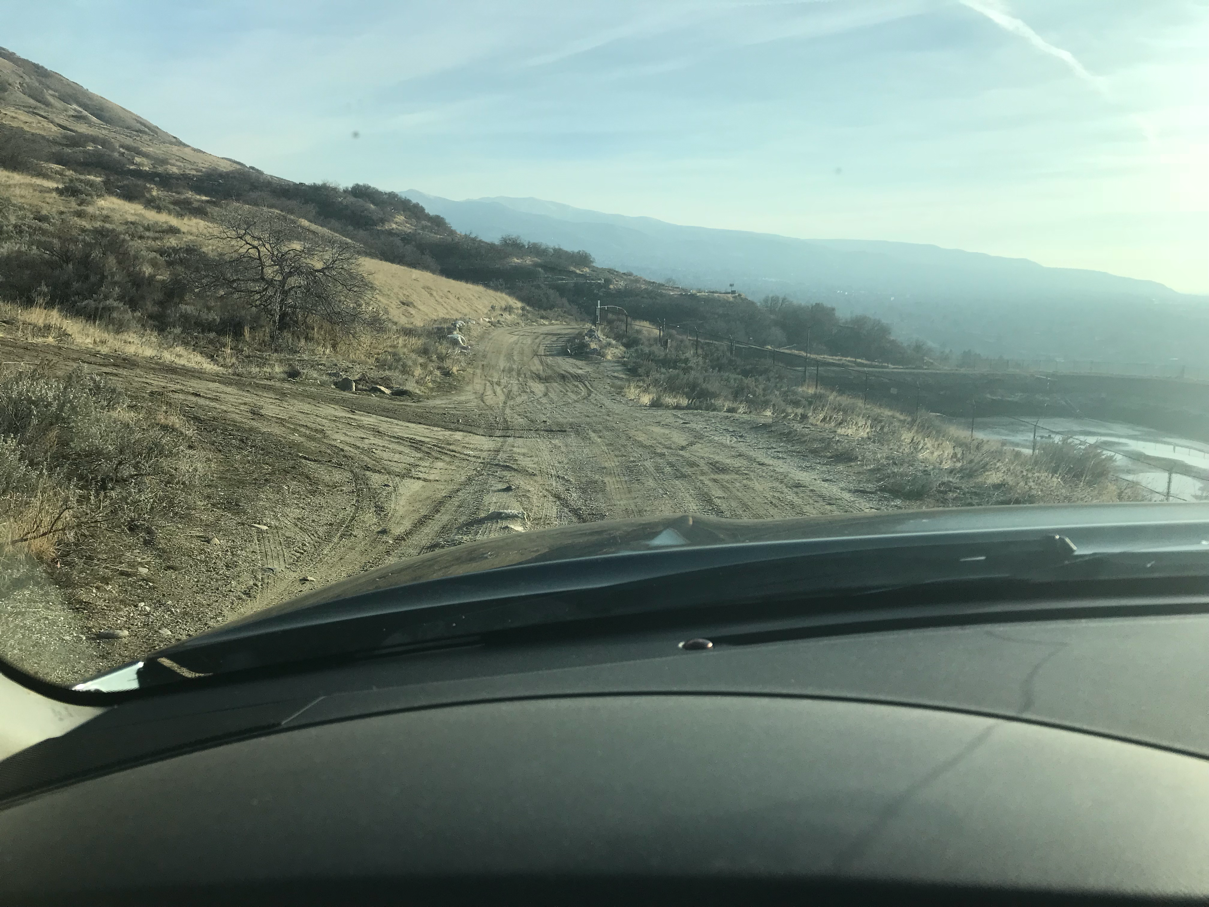 The second time we took our neighbor along and turned it into a fun little ride for the kids. We even stopped and hiked a small portion of a hiking trail that starts just off the road. No one had coats on. In fact, I was in a t-shirt. There were so many other people out enjoying the day. It felt so good to be out doing fun stuff again. 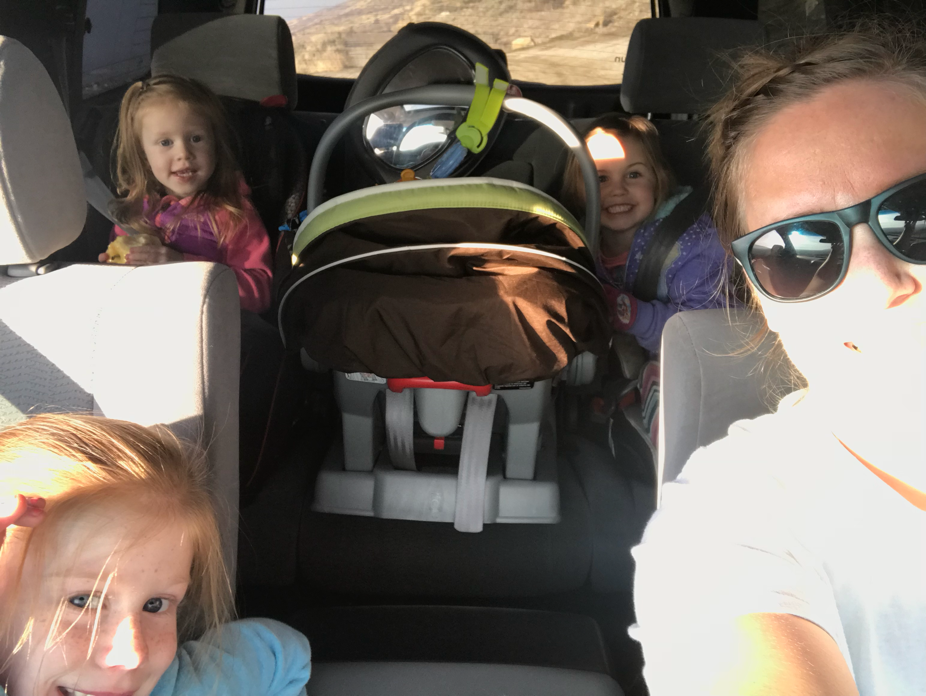 Logan didn’t appreciate it when I took the bumps kinda fast, but who cares. He’s a Hunter. He’s gotta get used to adventure.
I also finally got him a Sunday outfit. It was $6 at Target and he looks pretty freaking dashing in it, if I do say so myself. If it wasn’t for Target clearance he would still be sporting PJ’s for his Sunday best. 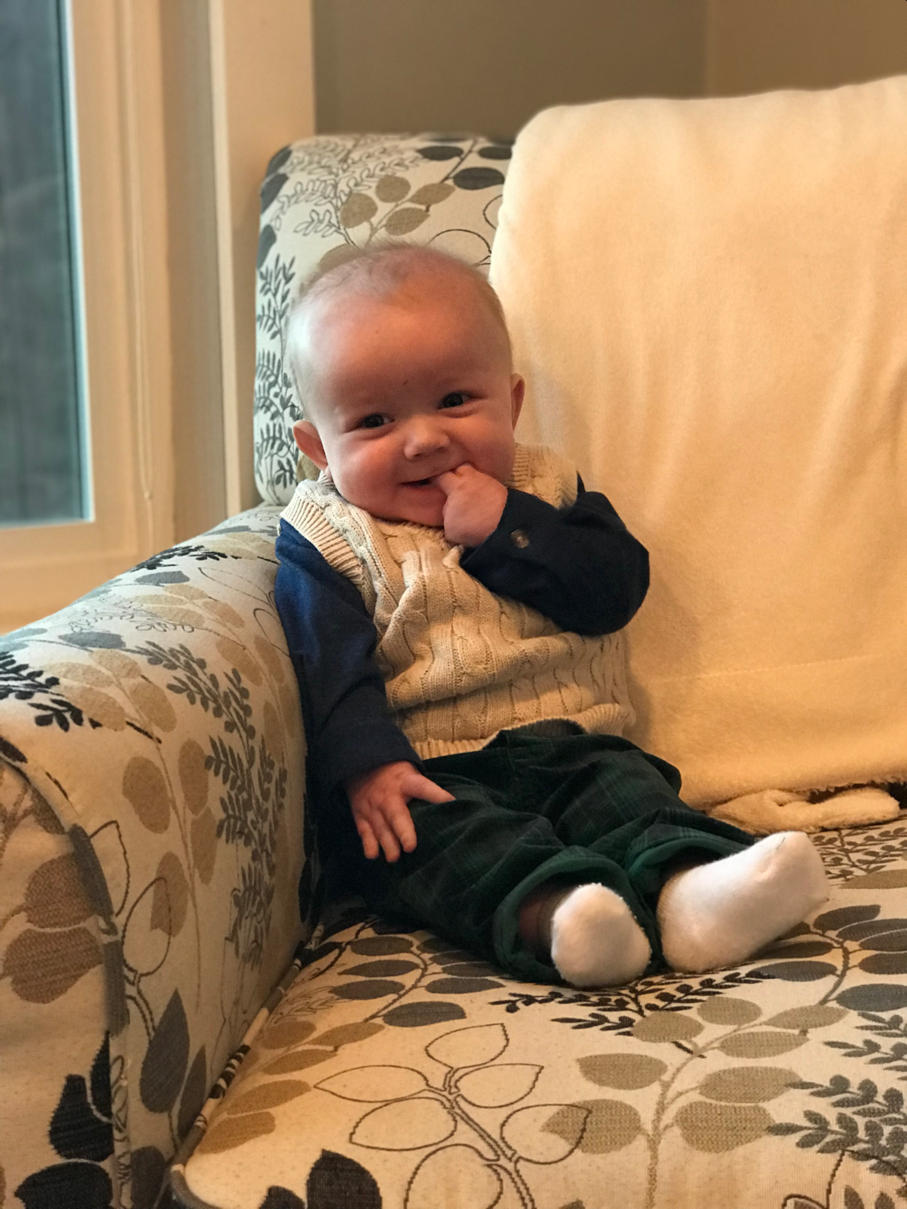 You may have seen people posting their Google Arts & Culture selfies recently. Its kind of blown up social media. It’s an app where you take a picture of yourself and they match you up with a famous painting. I finally got curious enough to try it.
Nailed it. 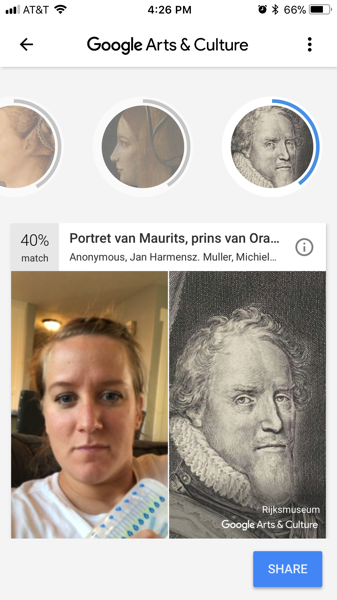 Another mood booster I got to experience this week: RUNNING!!
Every time I sit down and plan out times to run on my calendar, someone gets sick and it doesn’t work out. But so far, this week has allowed me to run once. I went to the gym early and lifted weights, then ran 3 miles; 1.5 miles uphill and then 1.5 miles back down. 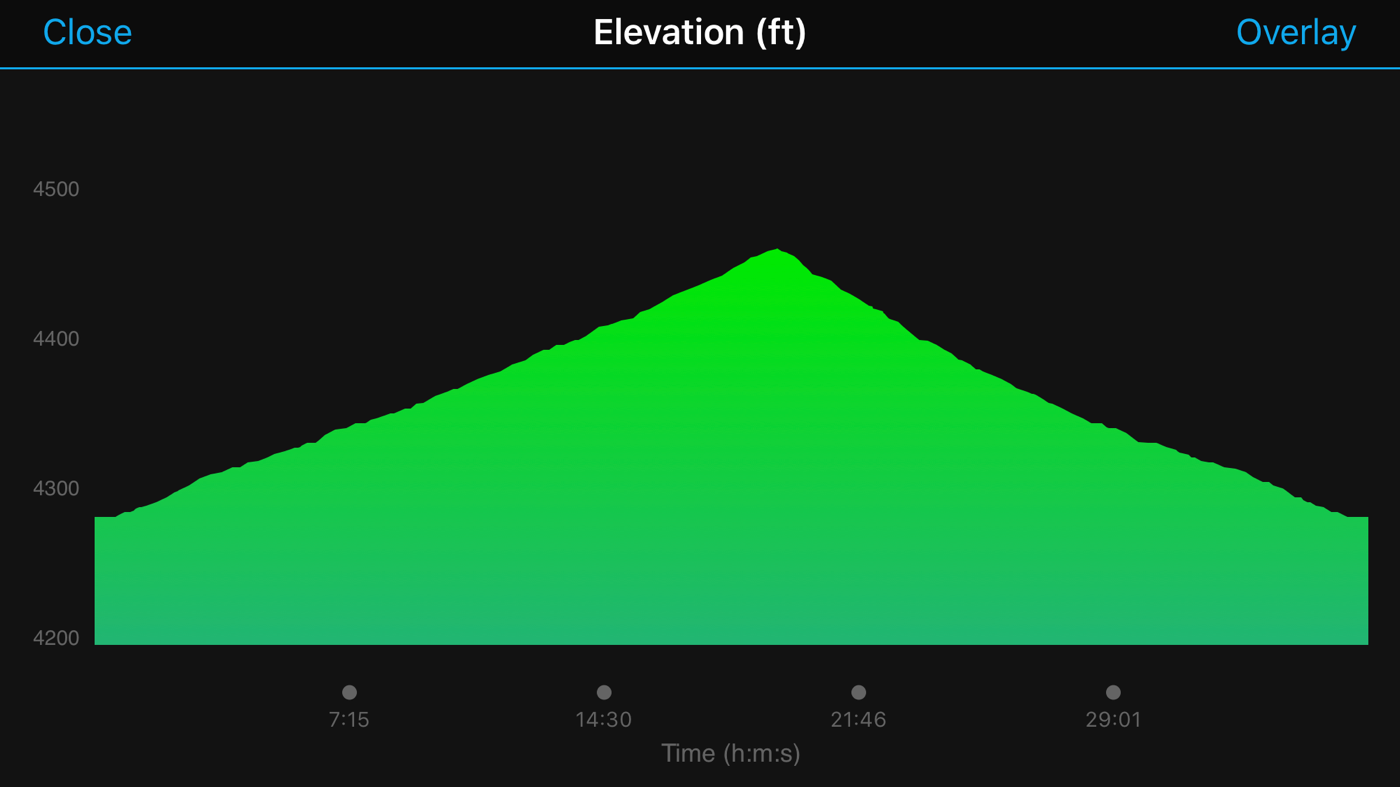 I wasn’t expecting any amazing times so I knew it would be a slow run; especially with half of it being straight uphill. But I have to admit I was super bummed with my pace coming back down. I used to run this route back in the day much quicker - like 2-3 minutes per mile faster. I kept getting frustrated each time I would look at my watch and see the pace. I was working so hard and the pace felt so challenging. But I kept reminding myself that it’s been over a year since I’ve been able to run. Like really run. I have a long way to go. I can’t just pick up where I left off. I had a freaking baby! But I kept promising myself I’ll get there. Someday, I’ll be strong again. And running this hilly and challenging route was one step closer to getting there by building strength. I can do hard things.
What does it say about my life when I think organizing our junk drawer is a cool enough occurrence that it warrants a picture? And it makes it into my blog post? 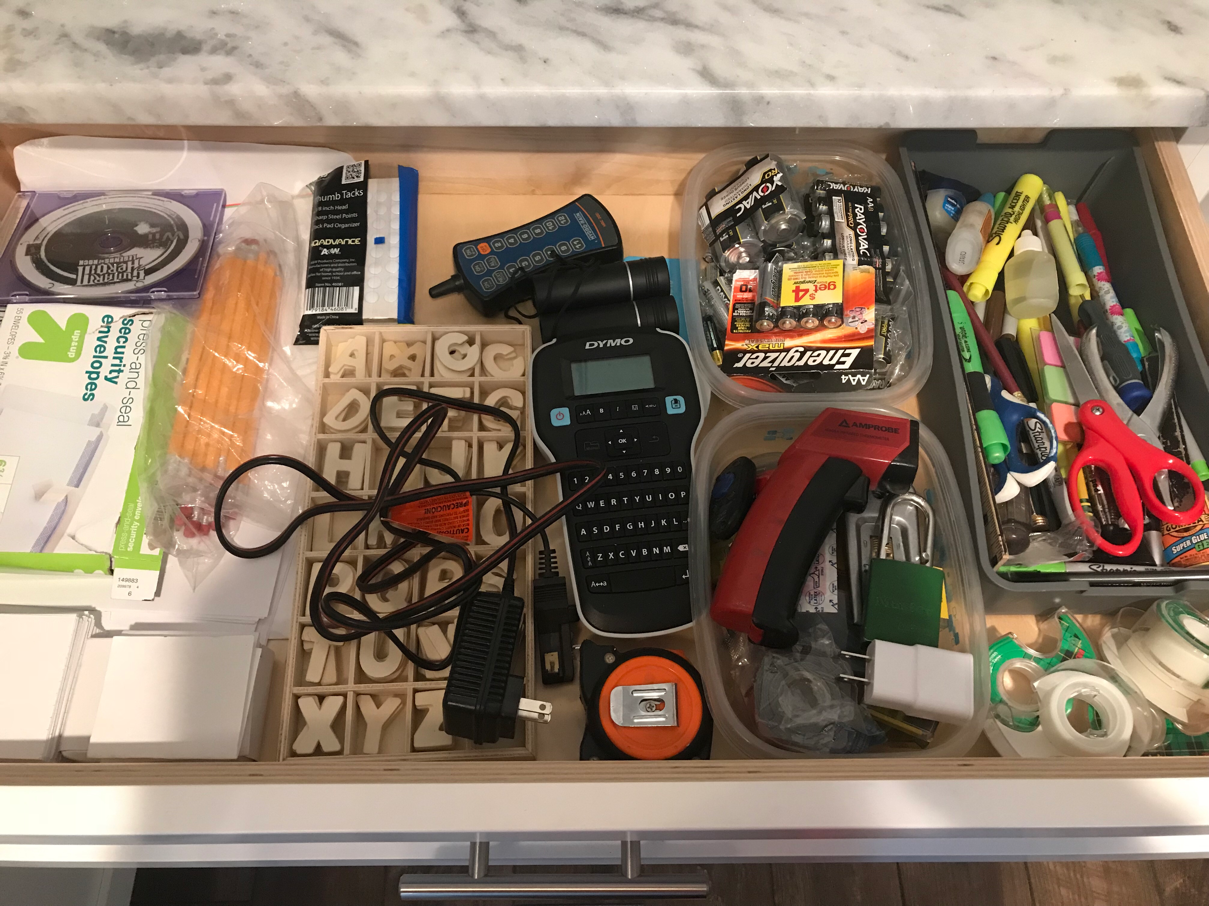 No one warns you that being an adult consists of monumentally stupid things like this ALL THE TIME. And you’re too tired to care whether it’s cool or not. I would like to thank caffeine for the energy for this adulthood moment. The drawer will stay clean for about 3 days, at which point it’ll be vomiting papers and refusing to shut all the way again.
Tomorrow I have some fun things planned and I hope they all pan out. I’ll do my best to take pictures and keep the positivity going on my life. Stay tuned.
Posted by Megan and Cory at 6:44 PM