I was telling Cory the other day that 2017 is easily going to end up in my top 5 hardest years of all time. I realize I have so much to be thankful for on top of everything that hasn’t gone well, but emotionally, it’s been super hard on me. But this year did bring Logan, and that is a massive blessing.
Currently though, times continue to be rough. Our whole family has been hit with sickness. First Logan got a stomach bug last Tuesday and he’s still not feeling 100%. At least he still won’t eat as much as he normally does. Then I caught it and spent the whole night Thursday next to the toilet. 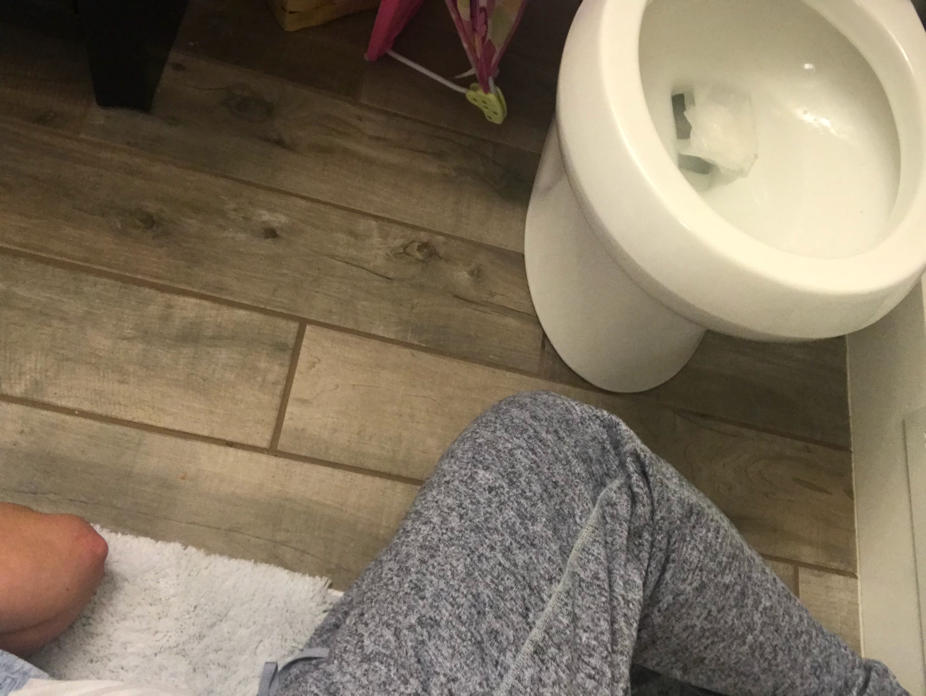 If there’s ever an appropriate time for a selfie, it’s when you’re laying on your bathroom floor about to vomit, am I right??
Cory was next on the chopping block... and now Kennedy has a fever and sore throat and runny nose. Again. 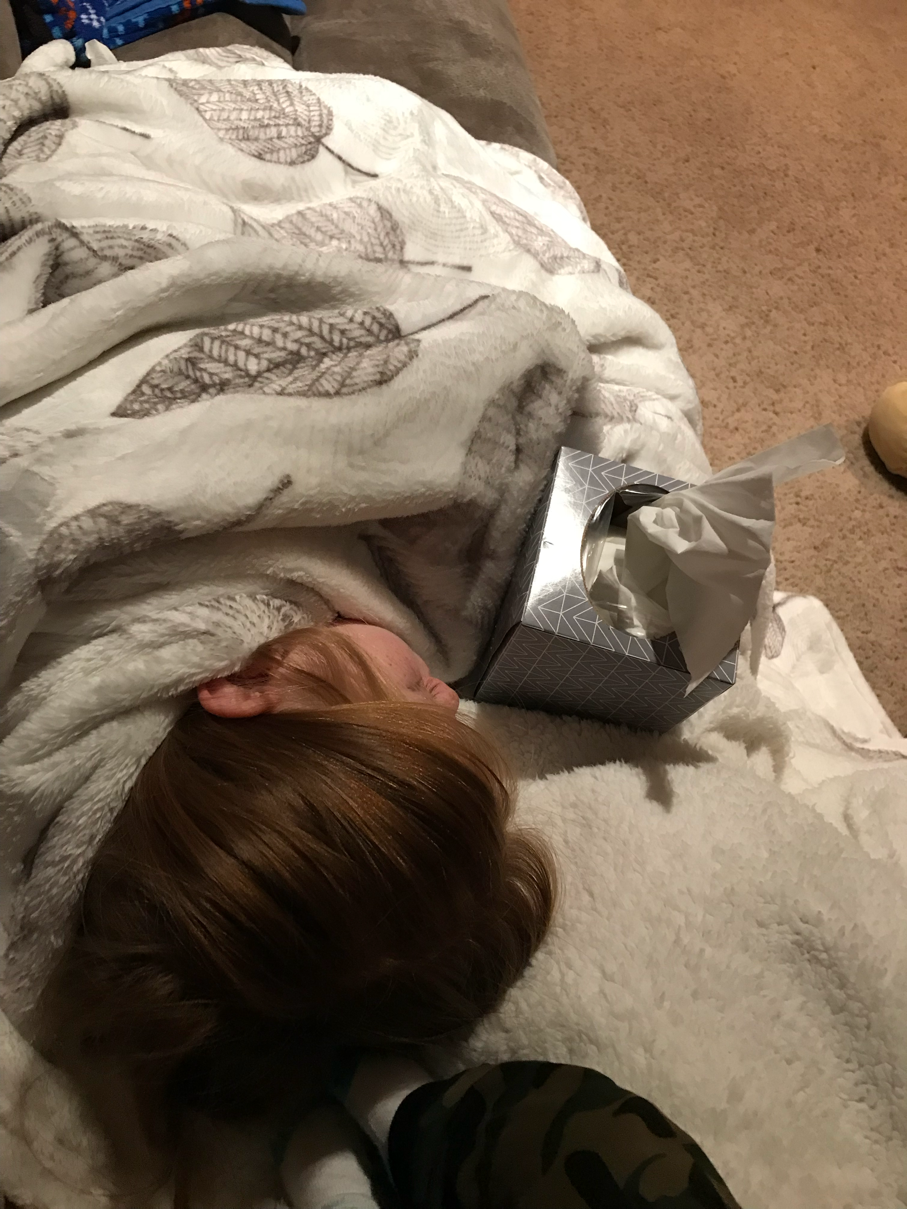 I’m just waiting for B to get either the stomach bug or the cold Kennedy has. It’ll happen, I’m sure. We’re doing everything we can to prevent spreading illness to each other but it’s so hard, especially when they love each other so much. 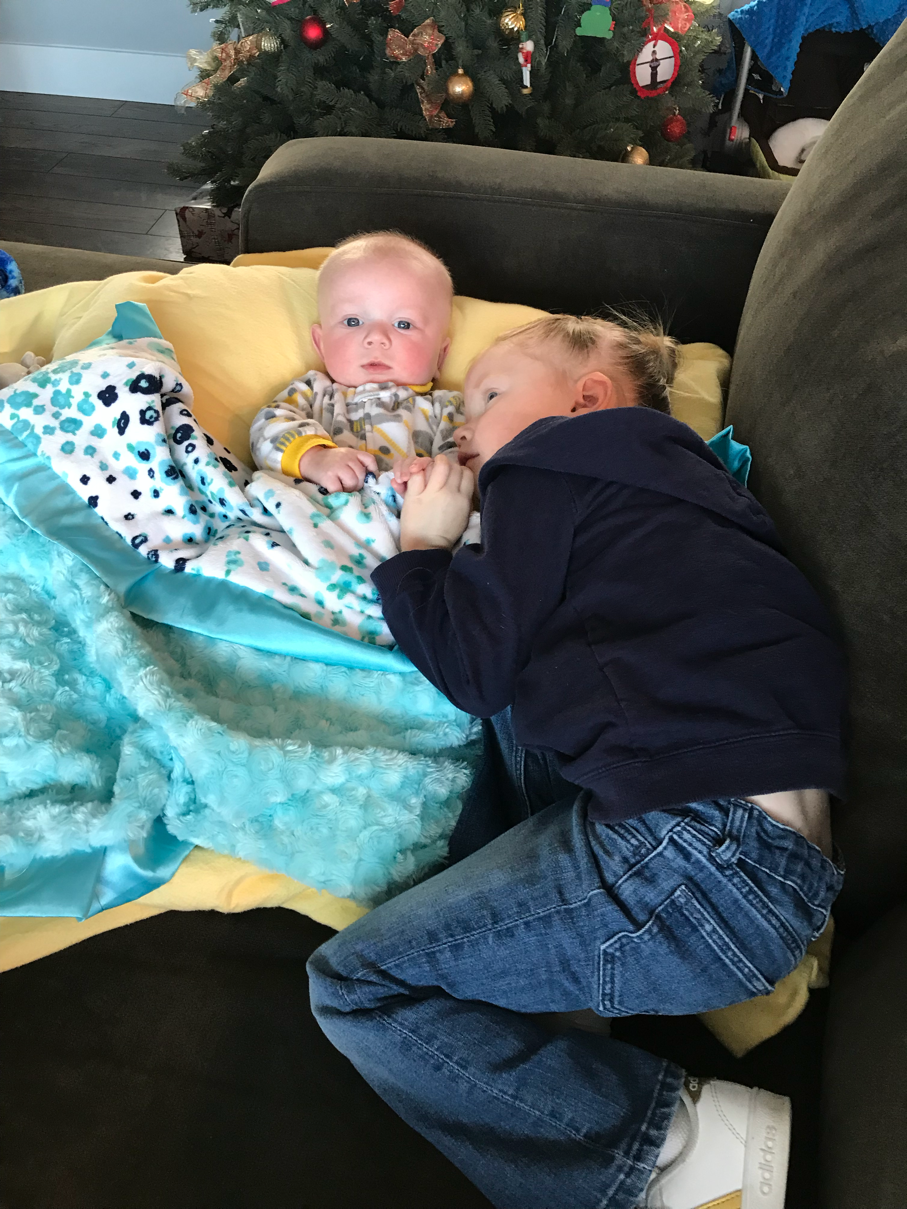 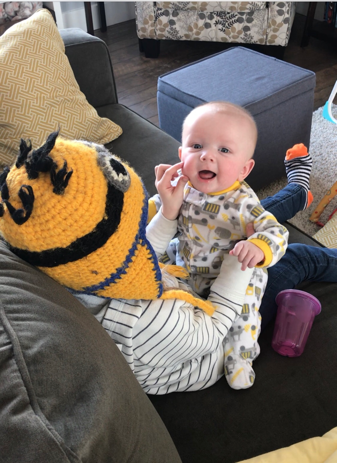 This was taken the morning after my rough night. Don’t I just look radiant? Hahaha 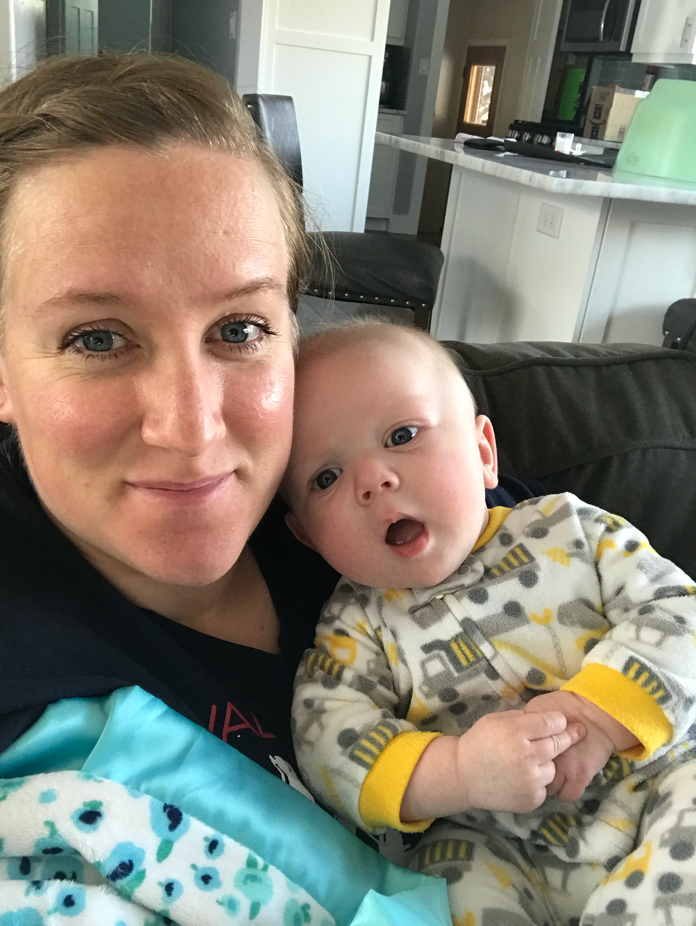 Before all the sickness hit really hard though, we did make a quick trip to Temple Square to see the lights. They weren’t super impressive this year, and everyone complained the whole time (real-life-issues) but it was still nice to do together. 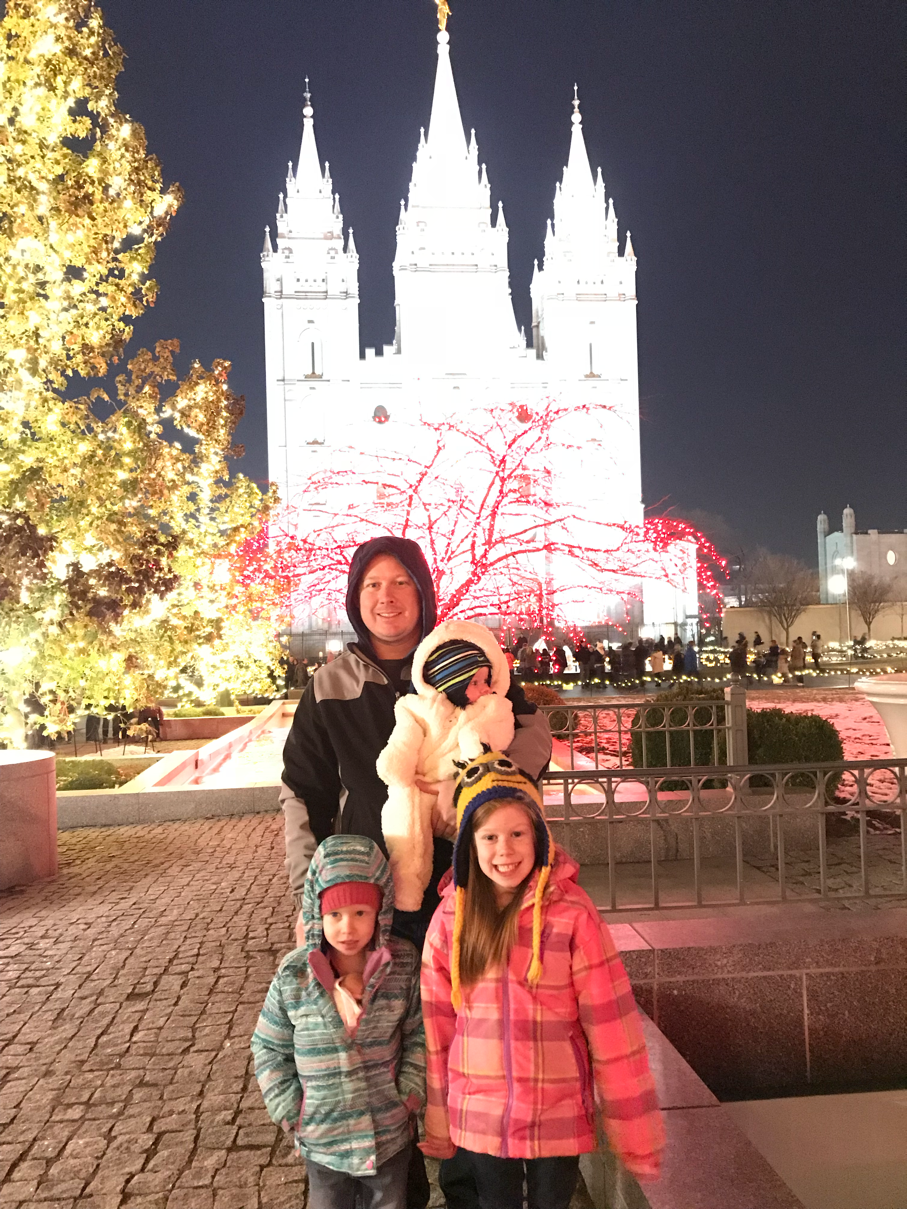 Kennedy seemed more receptive to learning about the temple during this visit, which made me happy. 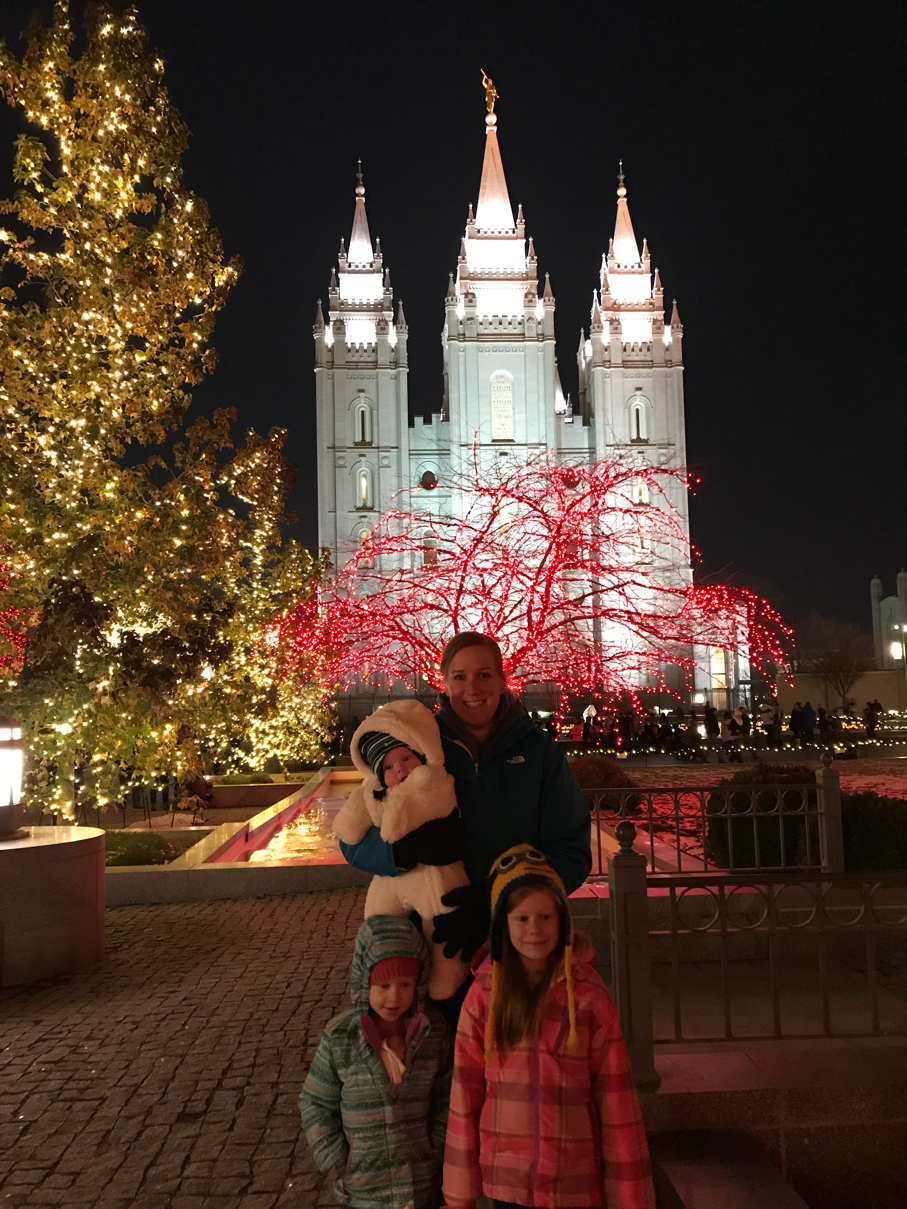 But then she resumed telling us how cold she was and that she wanted a waffle from the Waffle Love truck we happened to park next to. 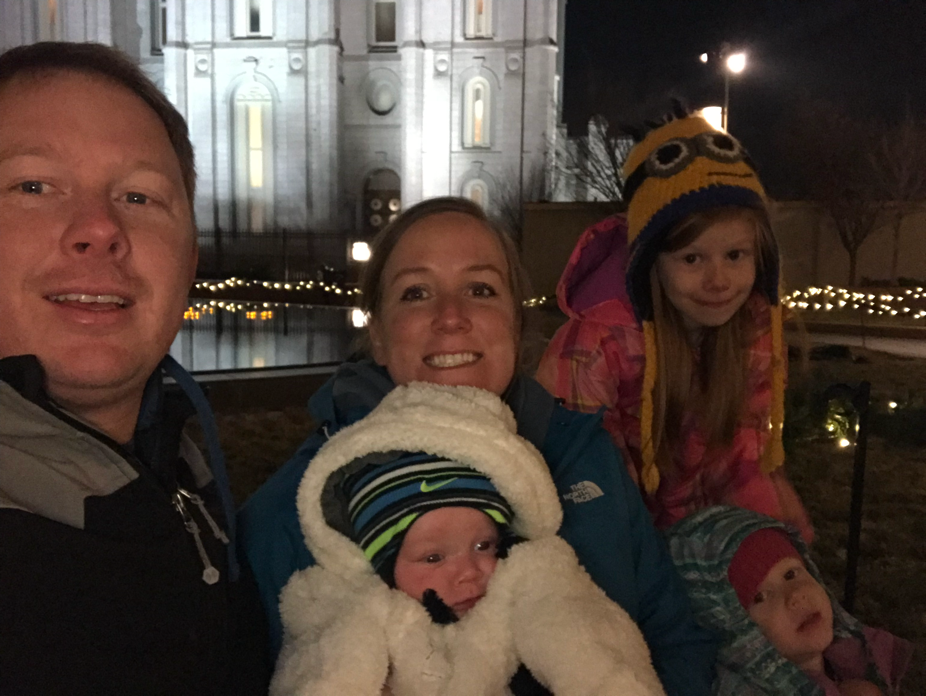 It was fun to get out of the house and spend some time together.
My heart is aching today, though, because we had an unexpected death in our ward of a young mother last night from a brain aneurism. I was just getting to know her and was excited about our new friendship. And I had just discovered she’s the sister of one of my brothers friends that we’ve known for a long, long time. It’s rocked our neighborhood and ward, especially during this time of year. I’m devestated for her husband and children. She just had a new little baby as well shortly after Logan. Please remember this sweet family in your prayers. It’s such a tragic thing that happened and they could use many prayers on their behalf.
In order to avoid ending this post on a low note, please enjoy this adorable picture of Logan and his insane happiness. He’s so great!! 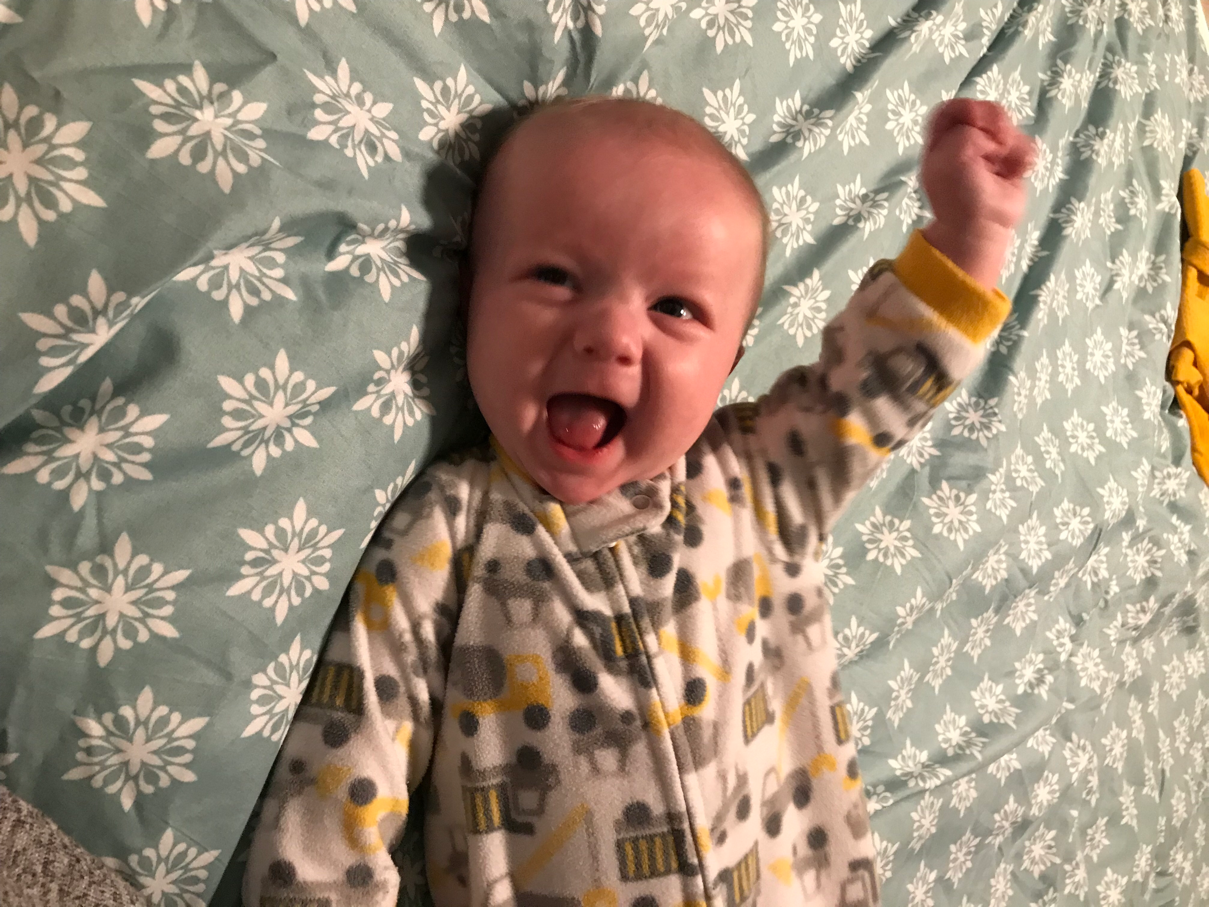