Logan likes his floor gym (<—- I hate that name) but sometimes I think Brynlie likes it even more than he does. 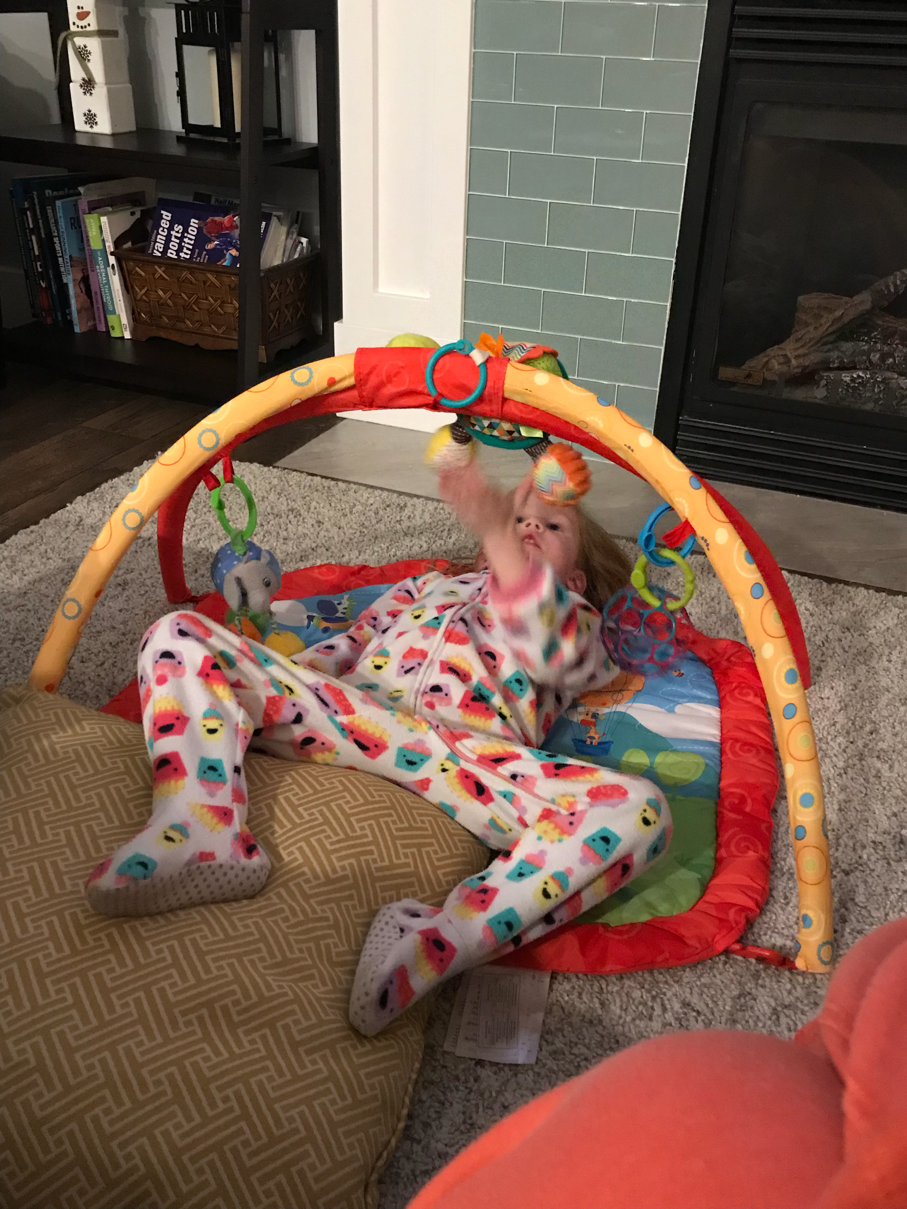 Kennedy made this soldier at school. It was super cute. Until nighttime. 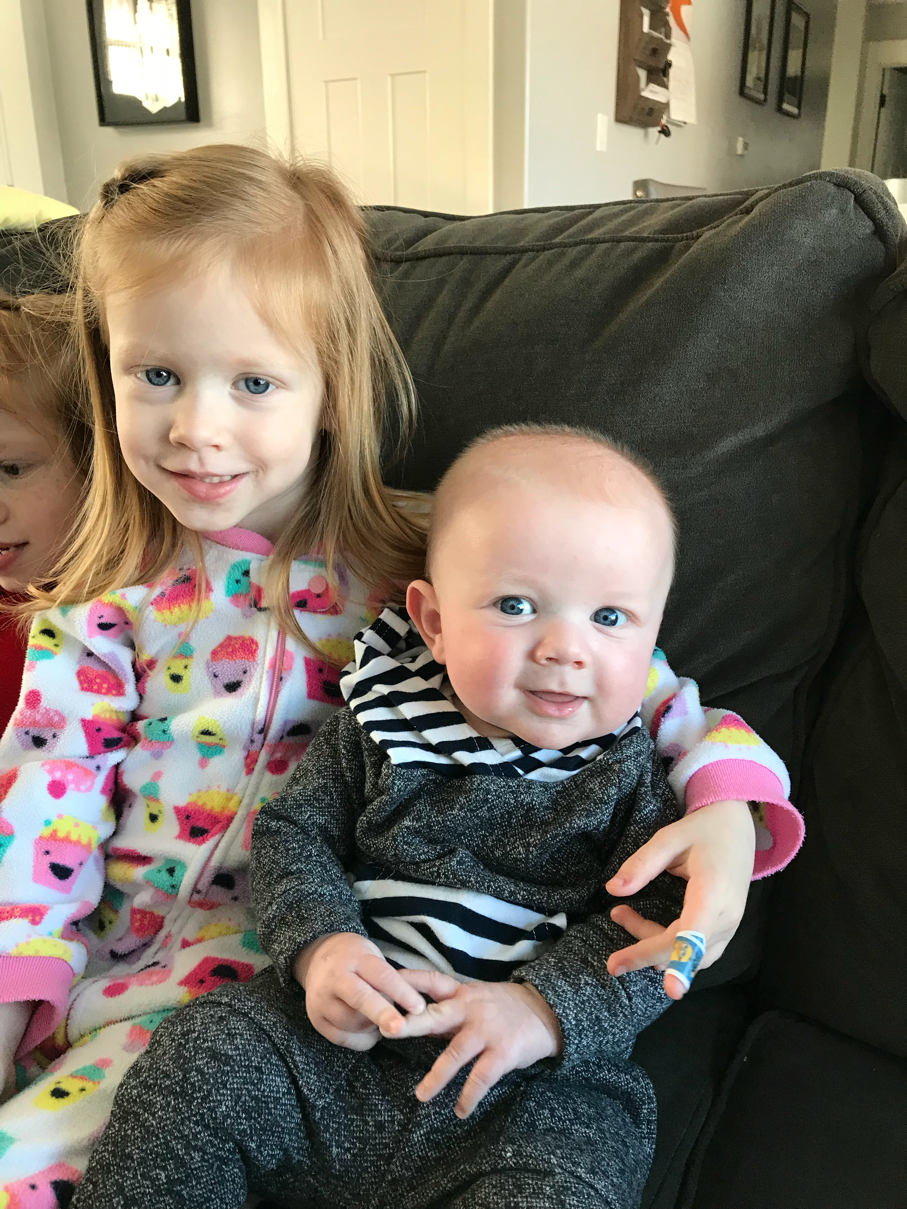 I got to go for a short 2 mile run with my running buddy, Michelle, the other day. It rained, like it always does when we get to run together, but I don’t mind it that much when it’s not a hurricane. We went right after a workout at the gym so it wasn’t anything fast or special. But I was pretty wet. 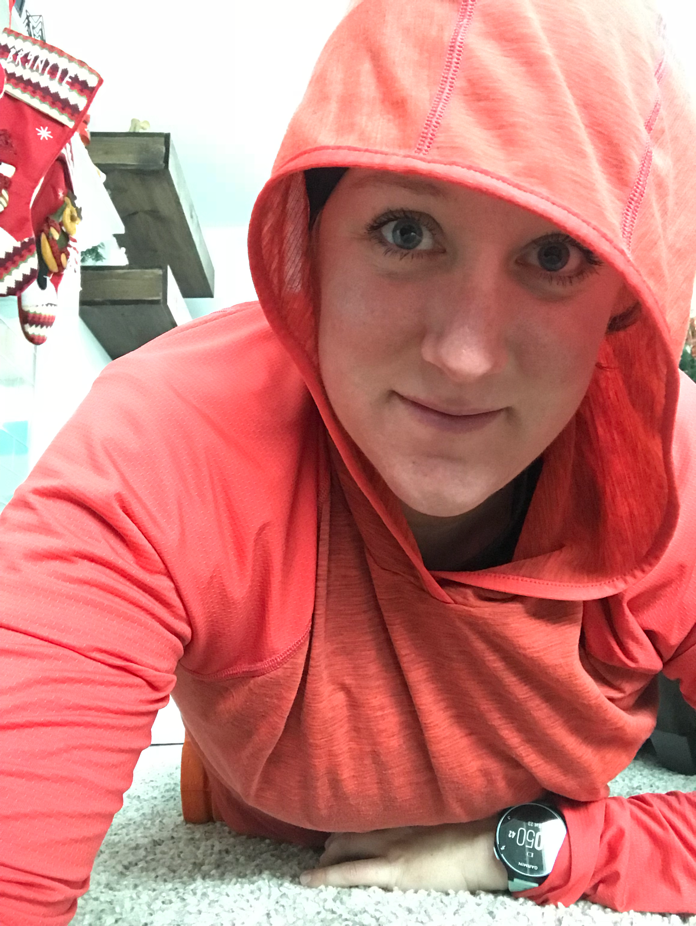 Running has been so ugly. But I’ll never get back into running shape if I don’t try, so I’ve made a resolution to run more and work on that aspect of my fitness. I feel like I’ve got a handle on life again so here’s to hoping I can actually start adding it in and that something else doesn’t send me into a tailspin haha.
The other day the girls got to go to the aquarium again with Grandma and Grandpa Hunter. Their annual pass has been awesome, but sadly it expired this month. 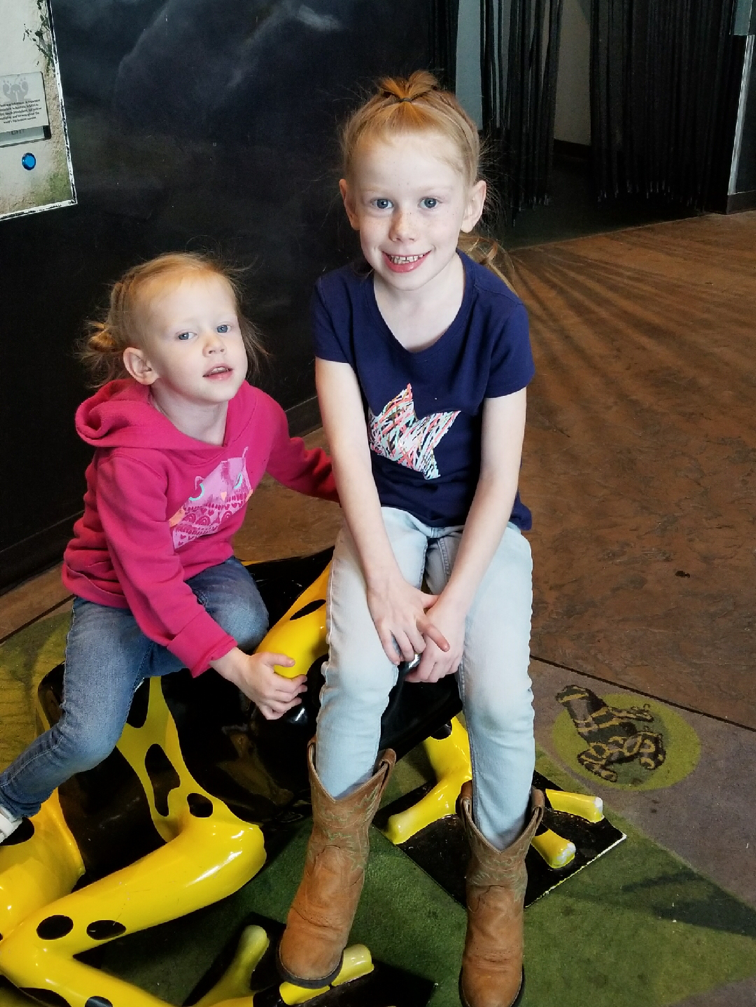 So Christmas...
I had hopes and dreams for a magical Christmas Eve. But this happened instead... 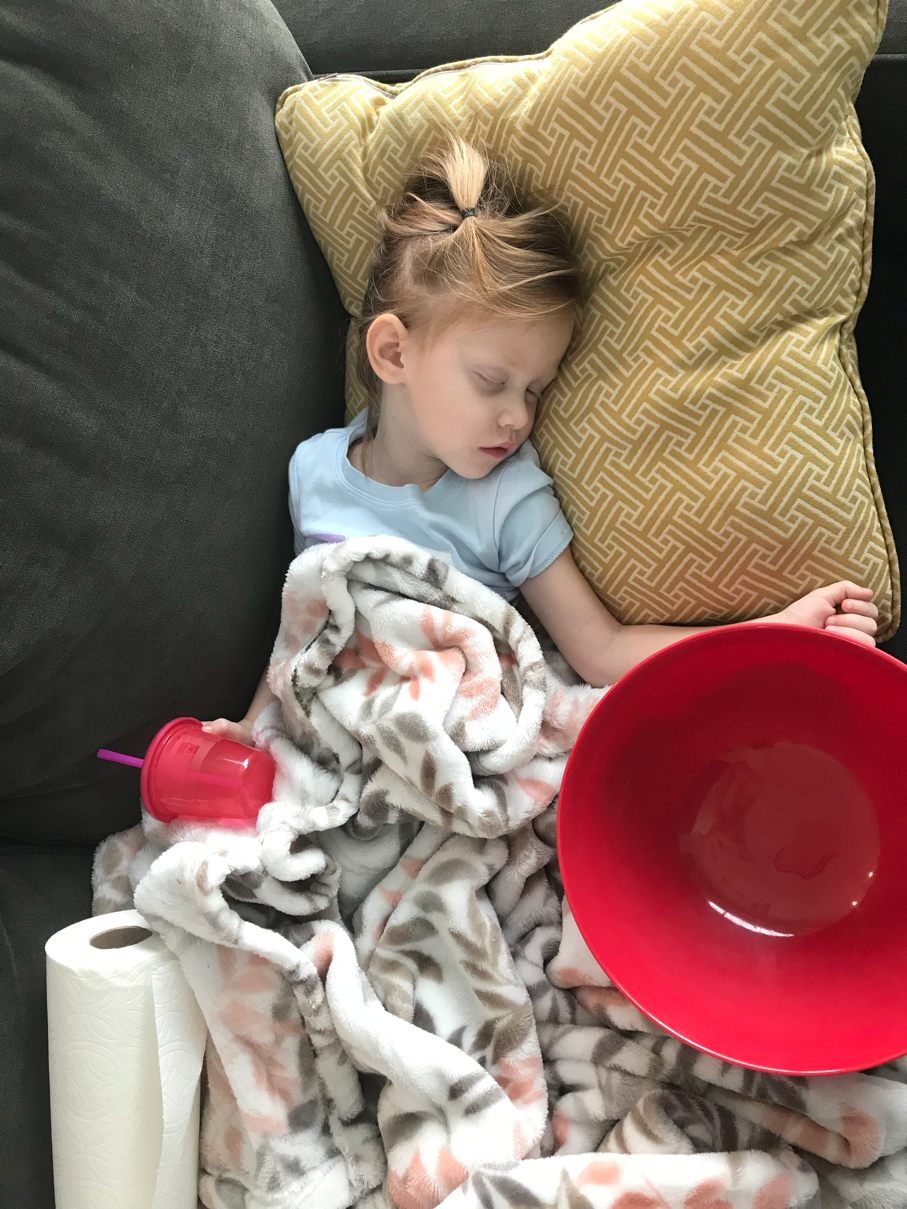 I told you Brynlie was going to catch something. Sure enough, Saturday night, ALL night, she was throwing up. Between her and Logan needing his binky, Cory and I were exhausted!!! We stayed home all Christmas Eve while Brynlie slept and we watched shows on the couch. It wasn’t what we had in mind, but at least we were together as a family.
Kennedy spent 6 hours keeping a close eye on the Santa tracker, though. Her level of excitement this year was out of this world! 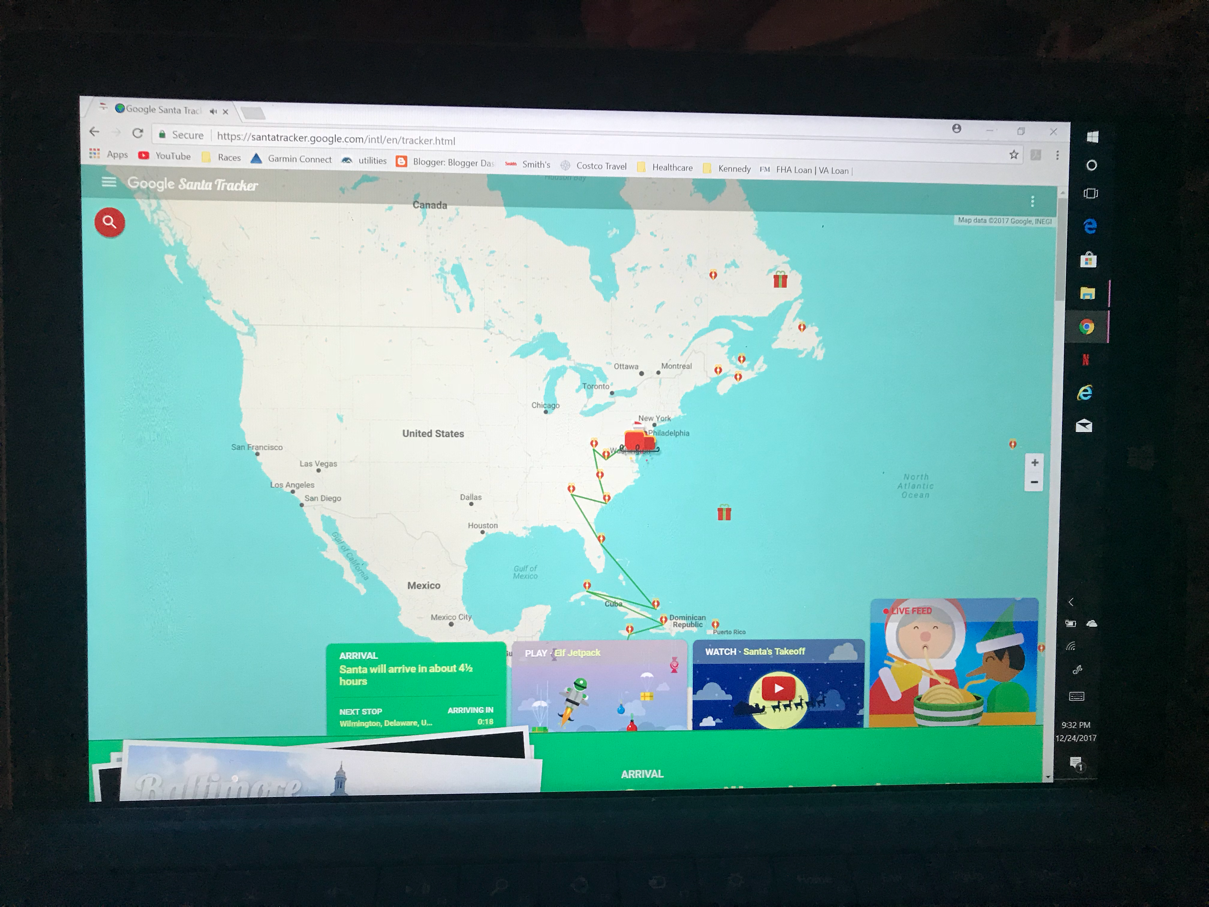 We had a family prayer that Brynlie would feel better for Christmas morning and that everyone else would stay healthy. She slept almost all day and that night Christmas Eve, and thankfully was a bit better Christmas Day.
Logan couldn’t have been any cuter in his elf jammies. 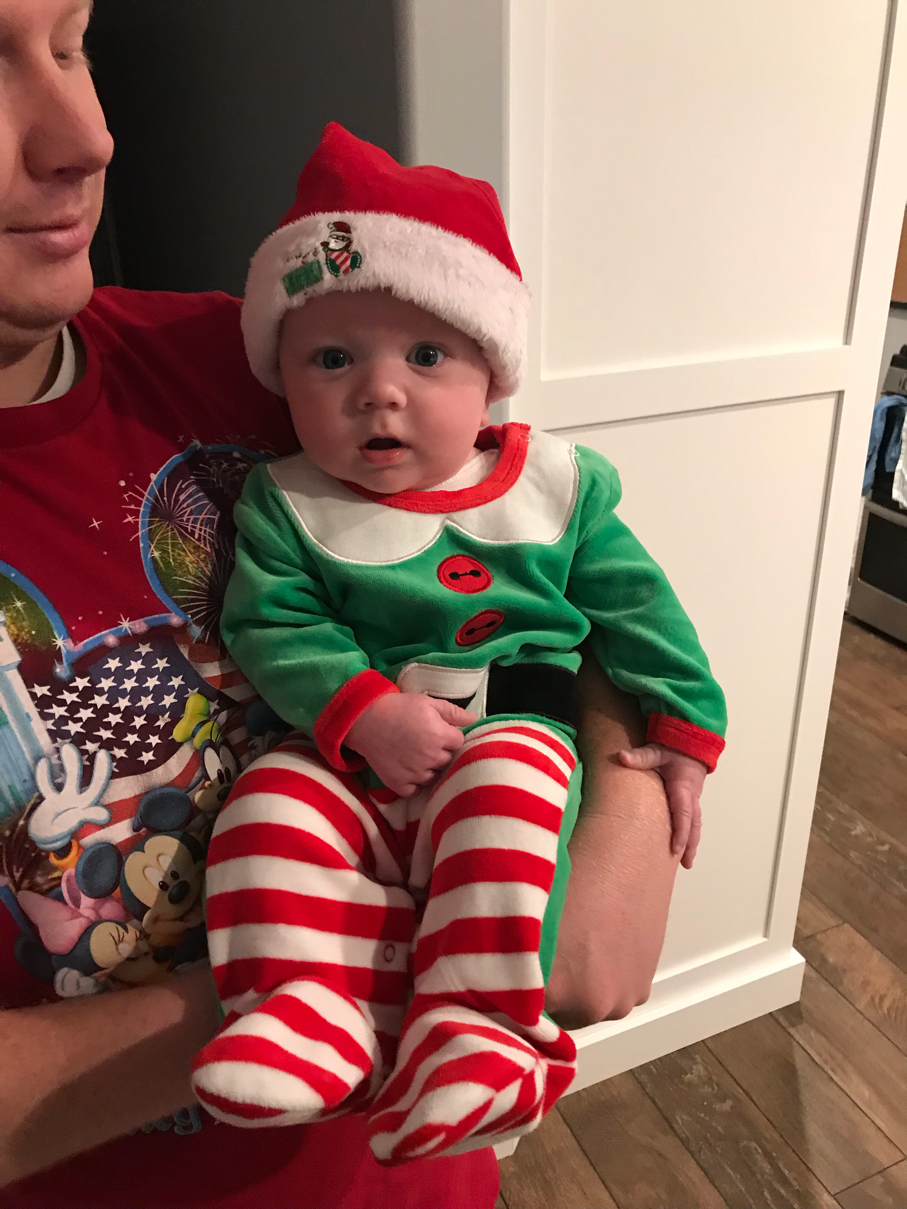 All 3 of our kids have worn that “baby’s first Christmas” hat. It made me a little sad to take it off for the final time.
Every little girl wants a matchbox car garage from Santa, don’t they? 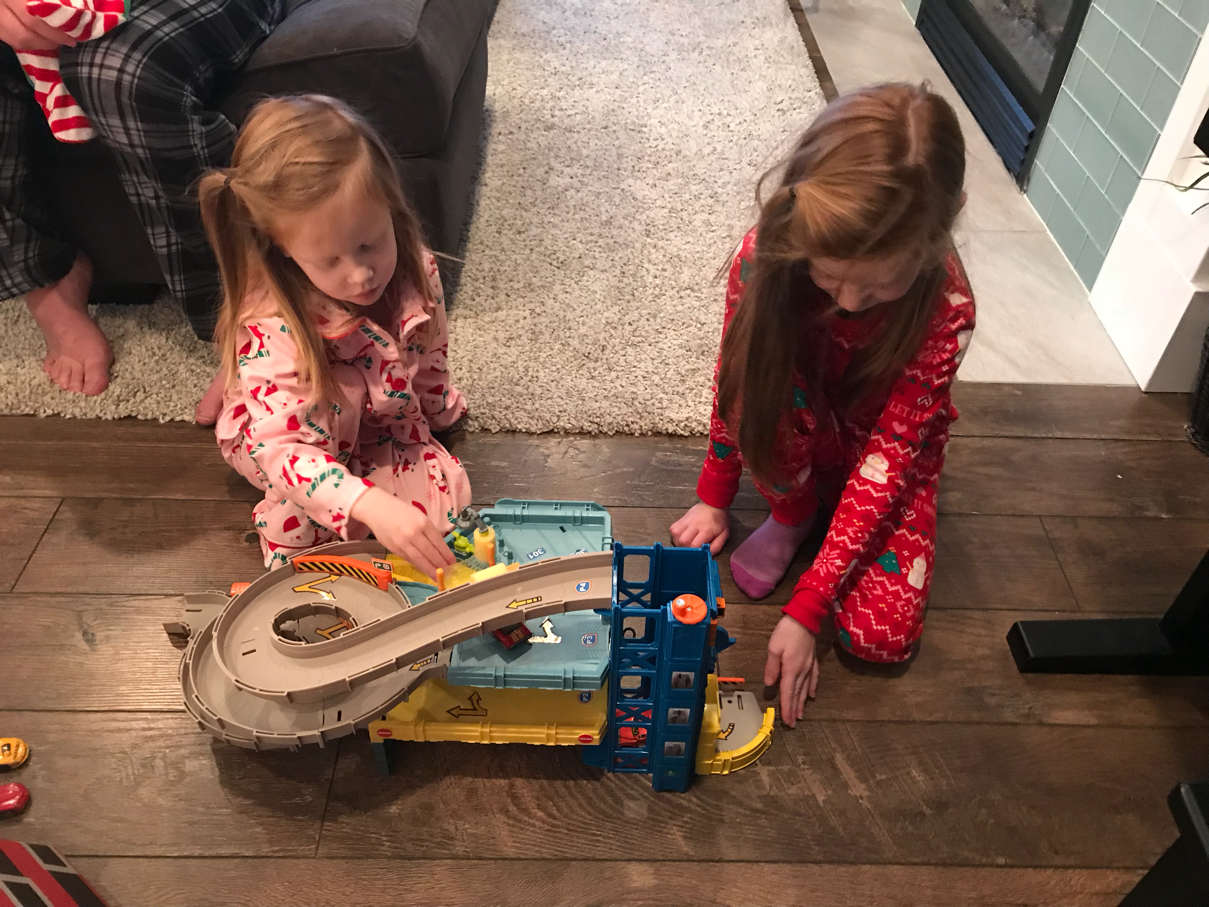 Christmas was great. The girls got everything they asked Santa for and were just super excited. My heart was so full of gratitude for these adorable kiddos. Logan sat patiently and played with his one cool present while his sisters opened their gifts. 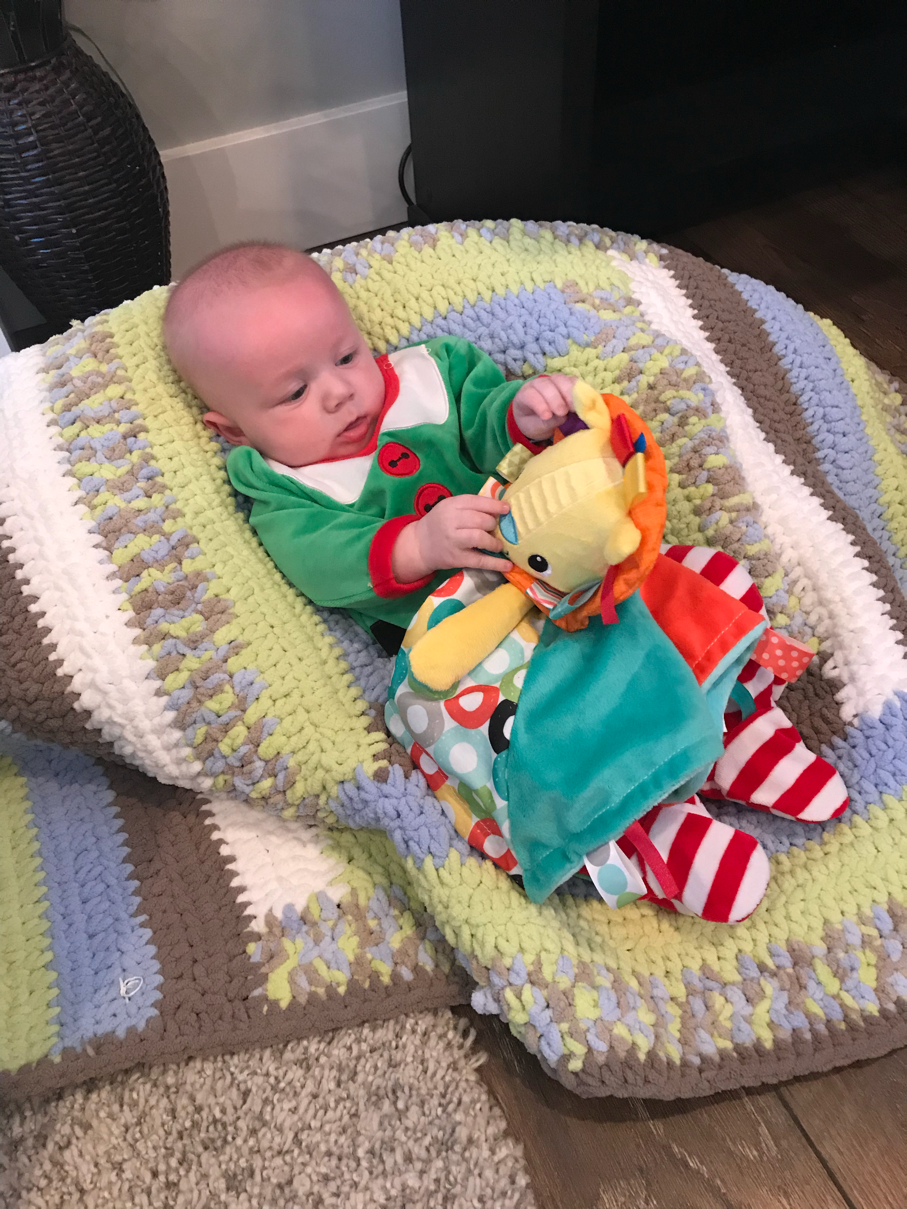 Kennedy has wanted a scooter for months and months! 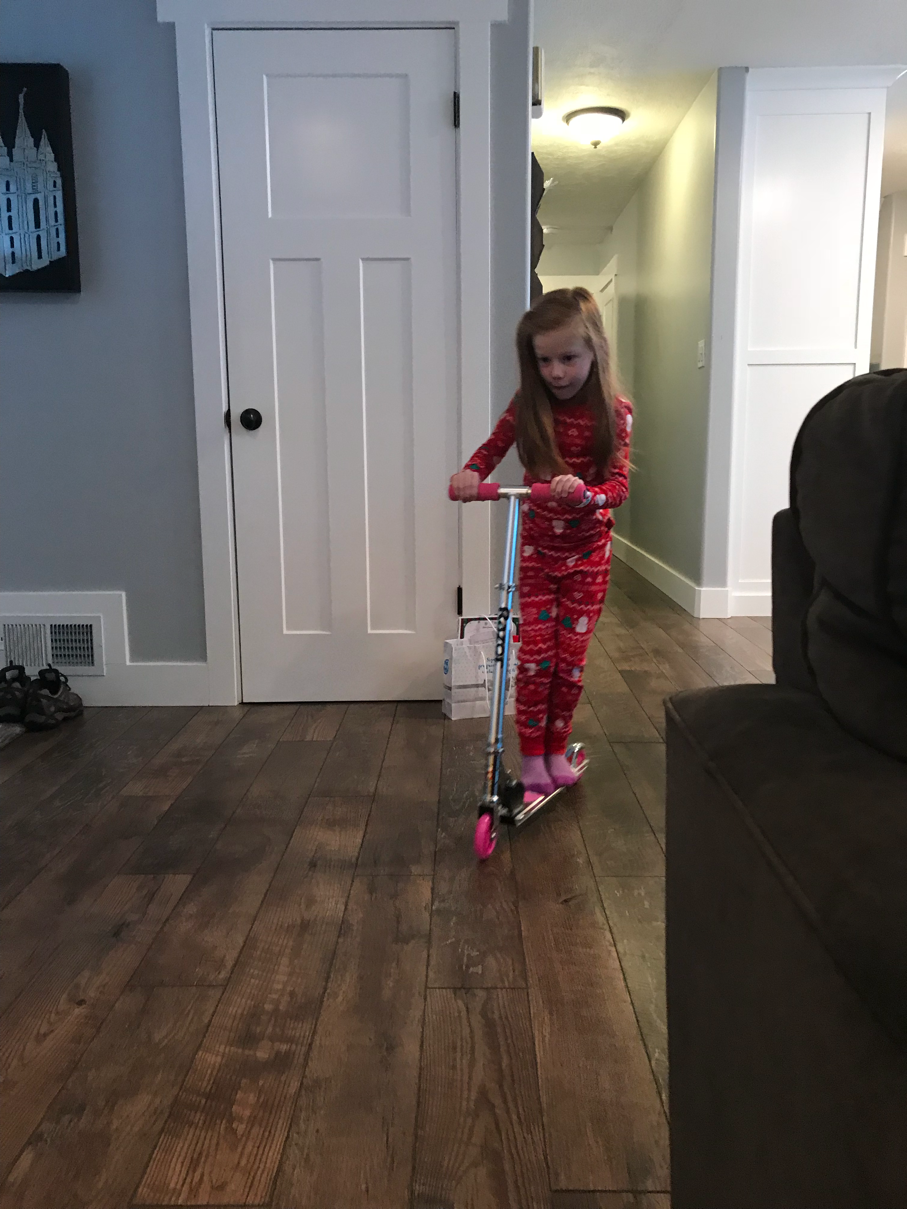 She also put this present under the tree for me. I love the bandaid to tape it closed. Inside was a racy cologne sample/paper insert she tore out of a magazine and a bar of soap. Do you think she’s trying to tell me something about my hygiene? 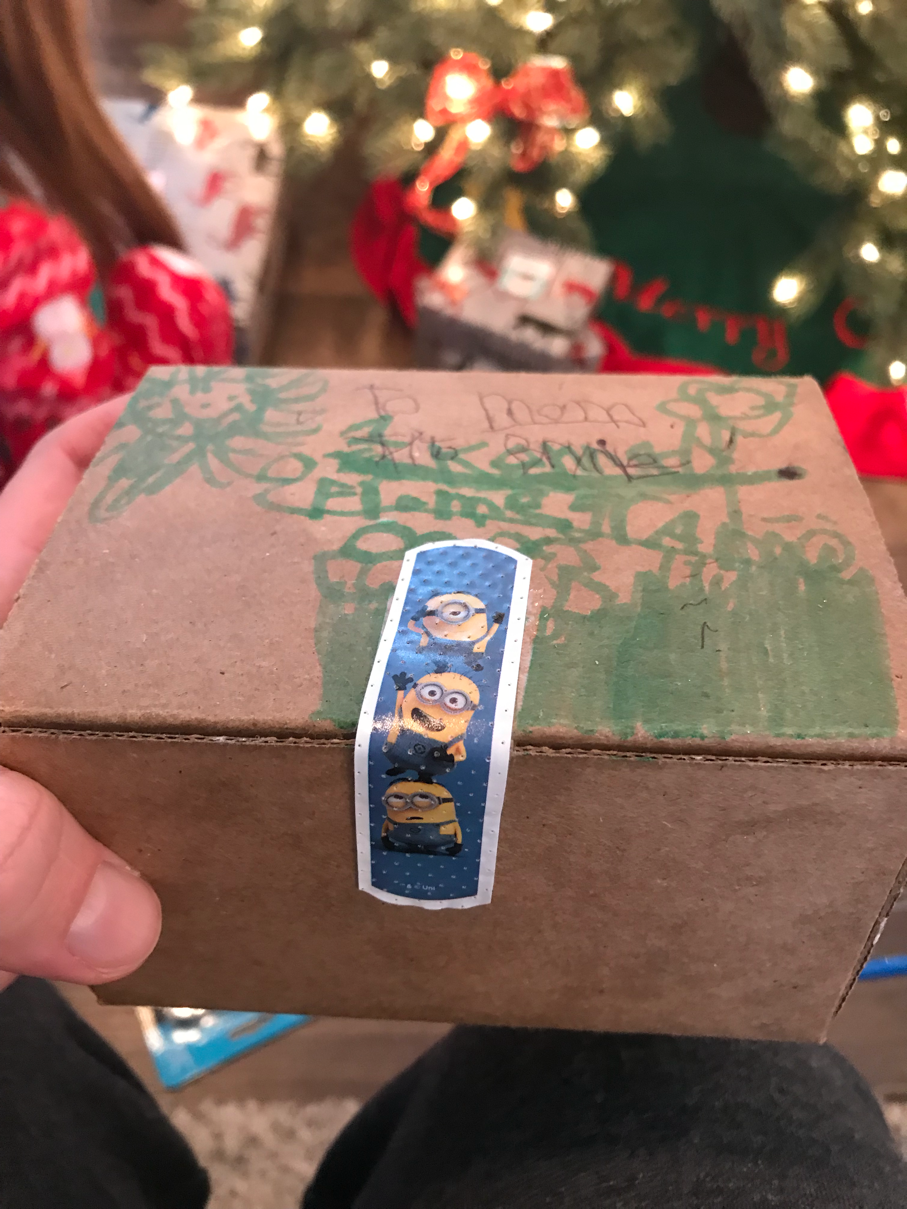 We spent the rest of the day bouncing back and forth between families and having a great time. 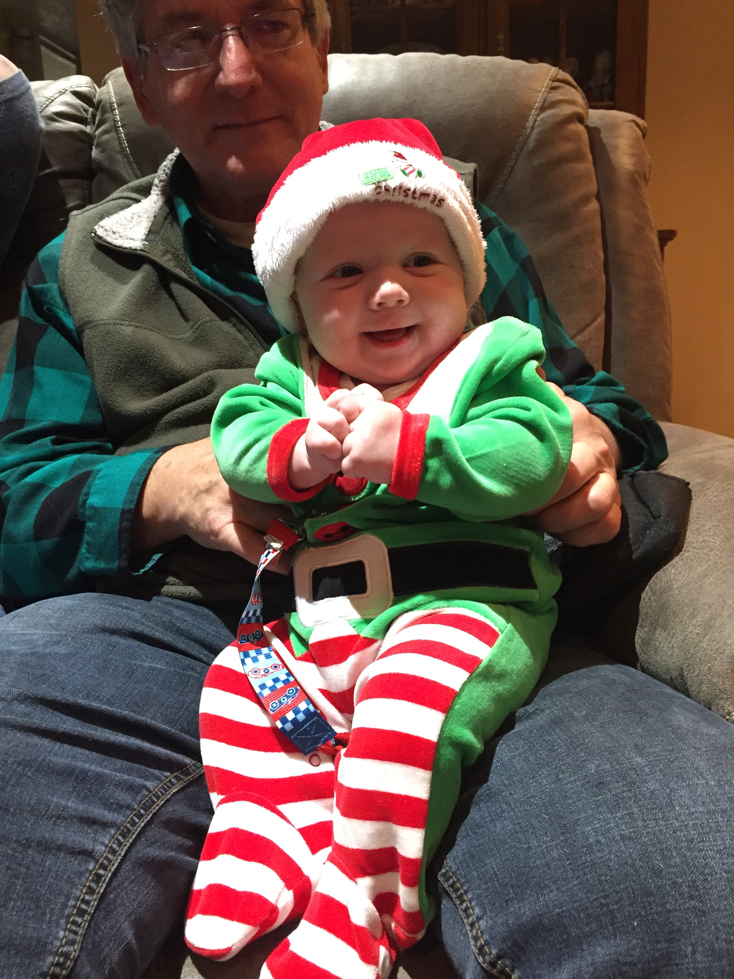 Grandpa Hunter picked this shirt out for Kennedy. It’s so perfect. 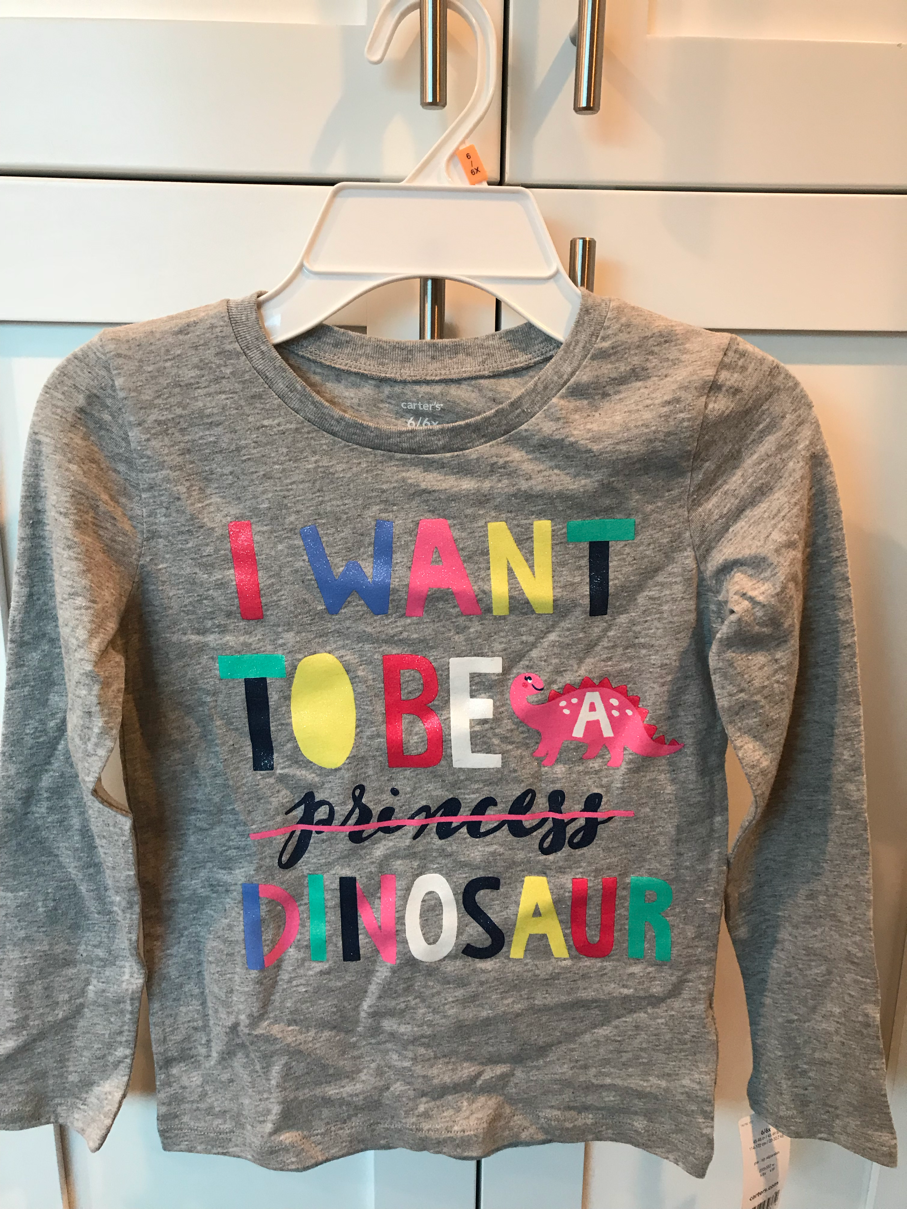 And we ate way, way too much. Like, WAY too much. But we had a great day. Now we just need to suffer through another year before we can do it again haha.
See you soon.
Posted by Megan and Cory at 1:06 PM