Little guy is growing so fast! 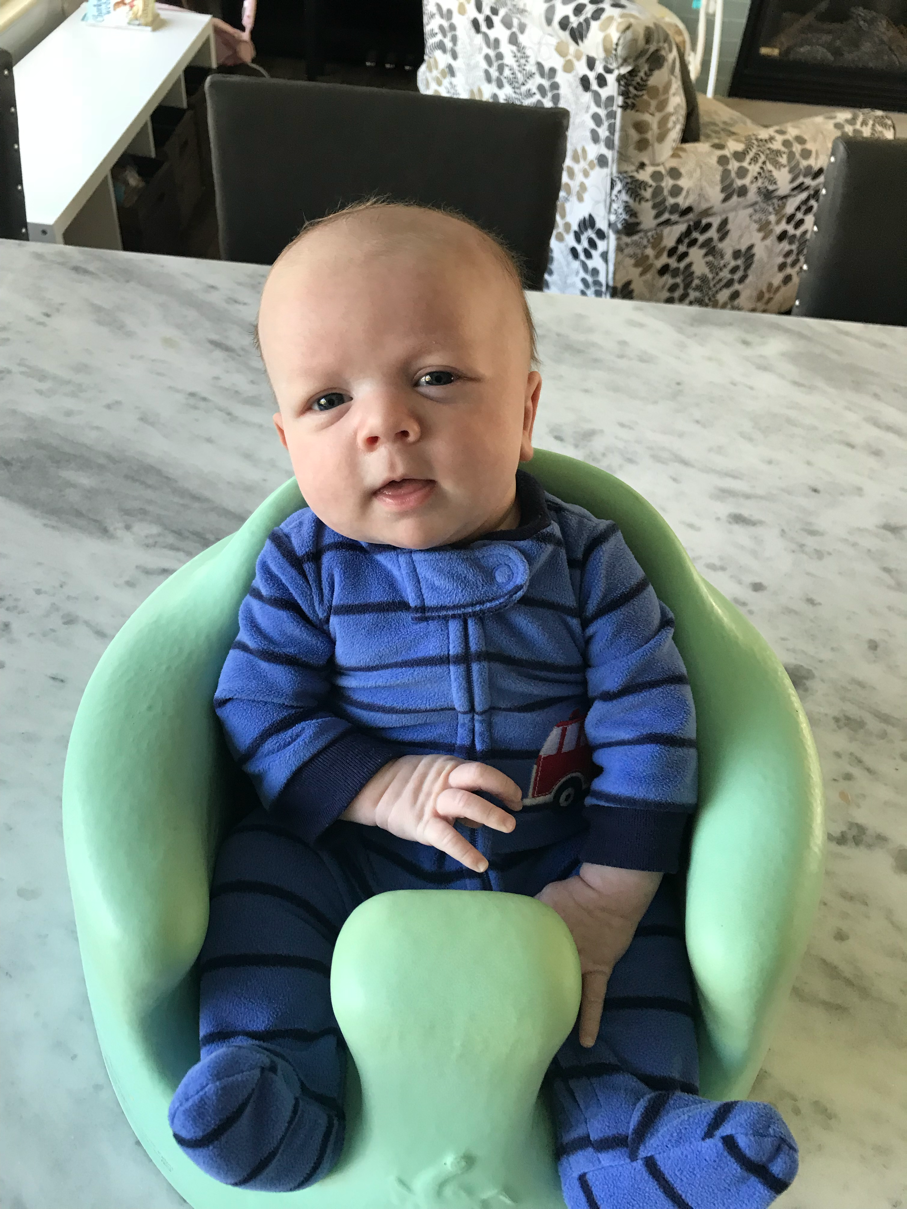 He’s 8 weeks old now. It seems like it’s flown by but also been a really long 8 weeks. He’s generally a really good baby still, but lately he’s been fighting sleep during the day which makes him cranky in the evenings.
He has torticollis which has stressed me out. For those that don’t know what that is, his neck muscles are too tight on one side and too weak on the other. His head falls to the right and he’s always looking/laying to the right side. As a result, his head is growing lopsided. His doctor referred him to Primary Childrens Physical Therapy, so we’ve been doing that. We have to do neck stretches with him at least 3 times a day and try to keep him laying on the left side of his head so the right can grow and catch up. I miss just being able to lay him somewhere and not having to worry about how his head is positioned. The therapists are confident we can get it straightened out by 6 months. If not, he will need a helmet.
He keeps teasing us and going 1-2 nights where he will sleep until 5 or 6 am, then we get super hopeful he’s going to keep doing that, and then he wakes up twice again.
But the best thing lately has been his smiles!! He’s also started cooing and making “girl noises” as Kennedy calls them. By far his favorite thing is his Jeep decal on his wall. Whenever he’s on the changing table he grins and talks to it. Every. Single. Time.
He’s still adored by Kennedy. I love having her home because she’s so helpful. One morning she tucked him in and gave him her special doggy to cuddle with. It was the sweetest! 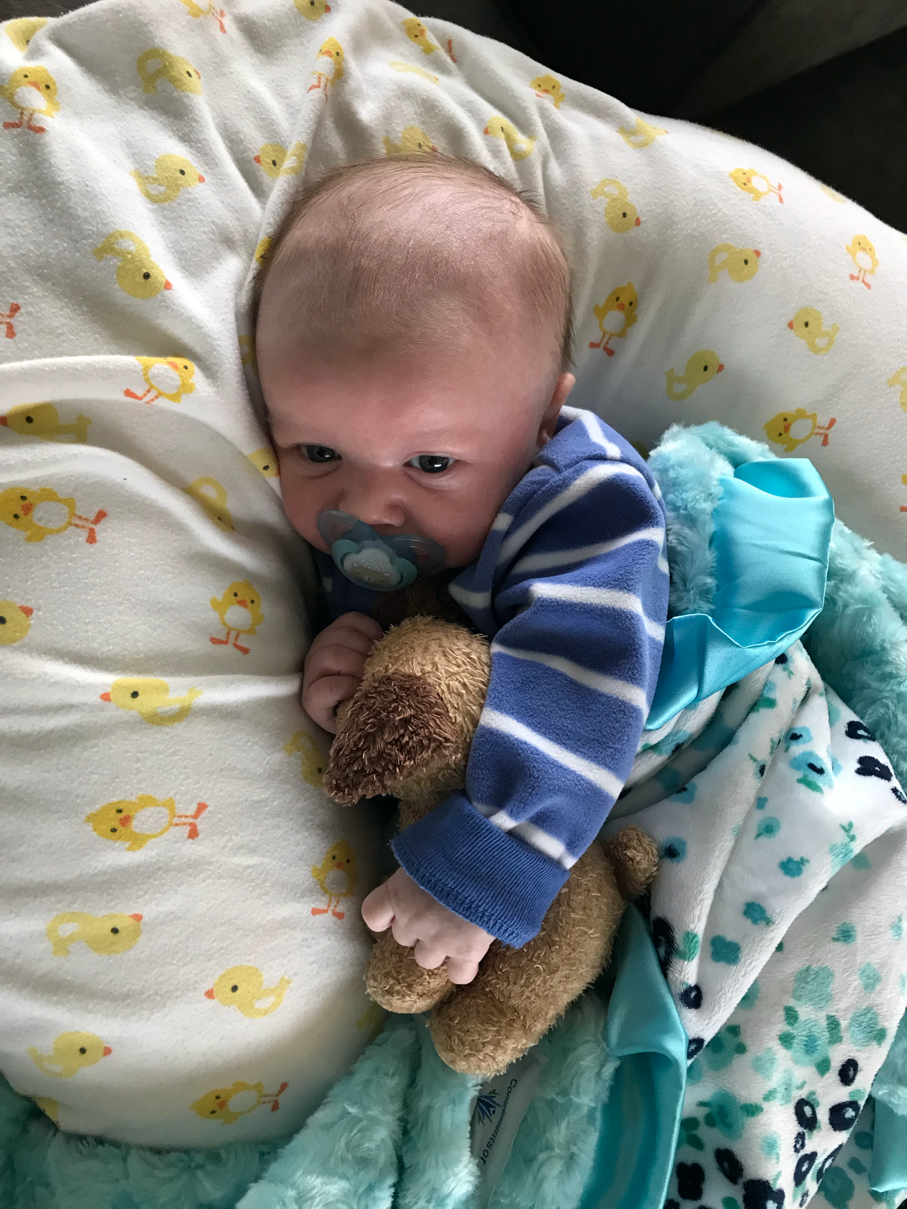 And his eyelashes are growing so long and starting to darken up a bit. 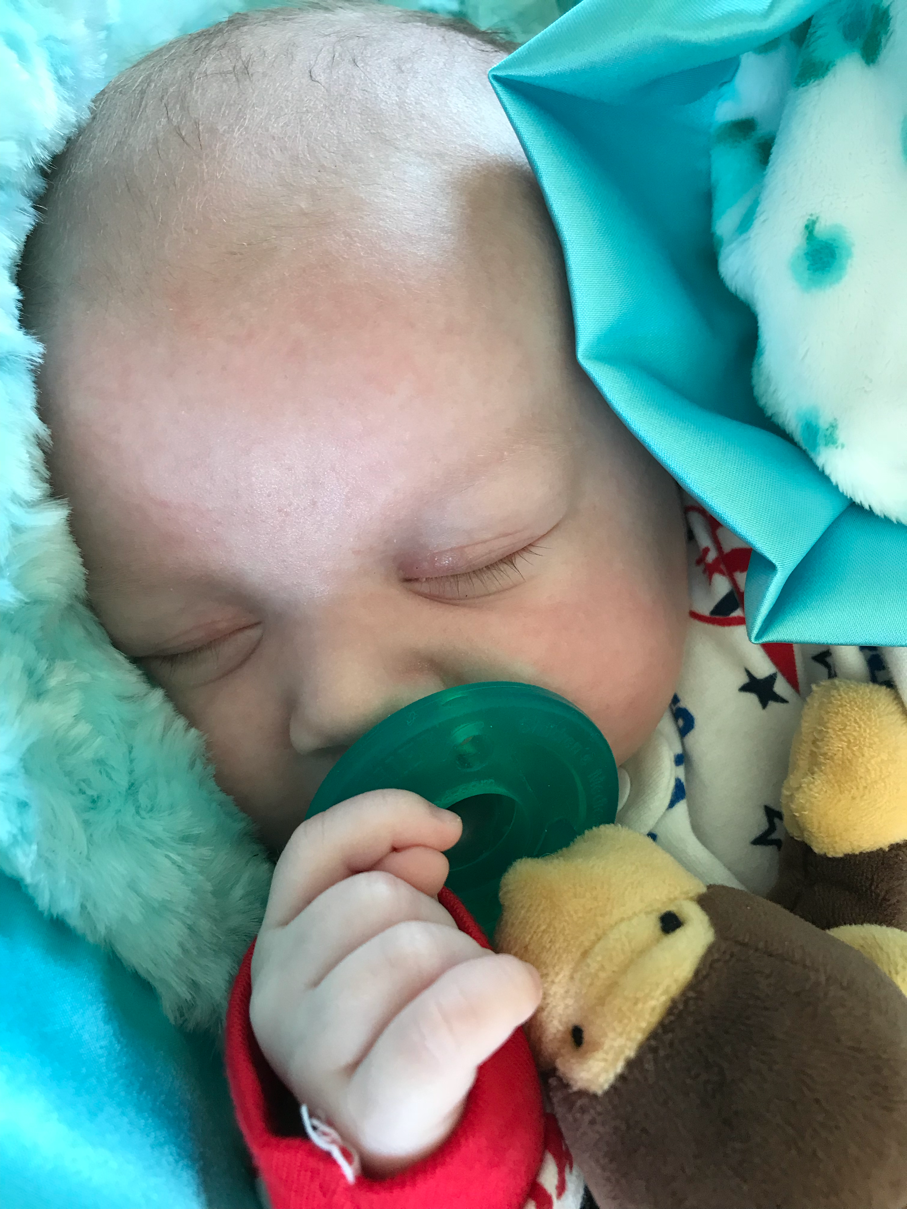 So, I also have two other children who I love just as much. Here they are pretending the arms of the chair are their horses. I totally did the same thing when I was little. 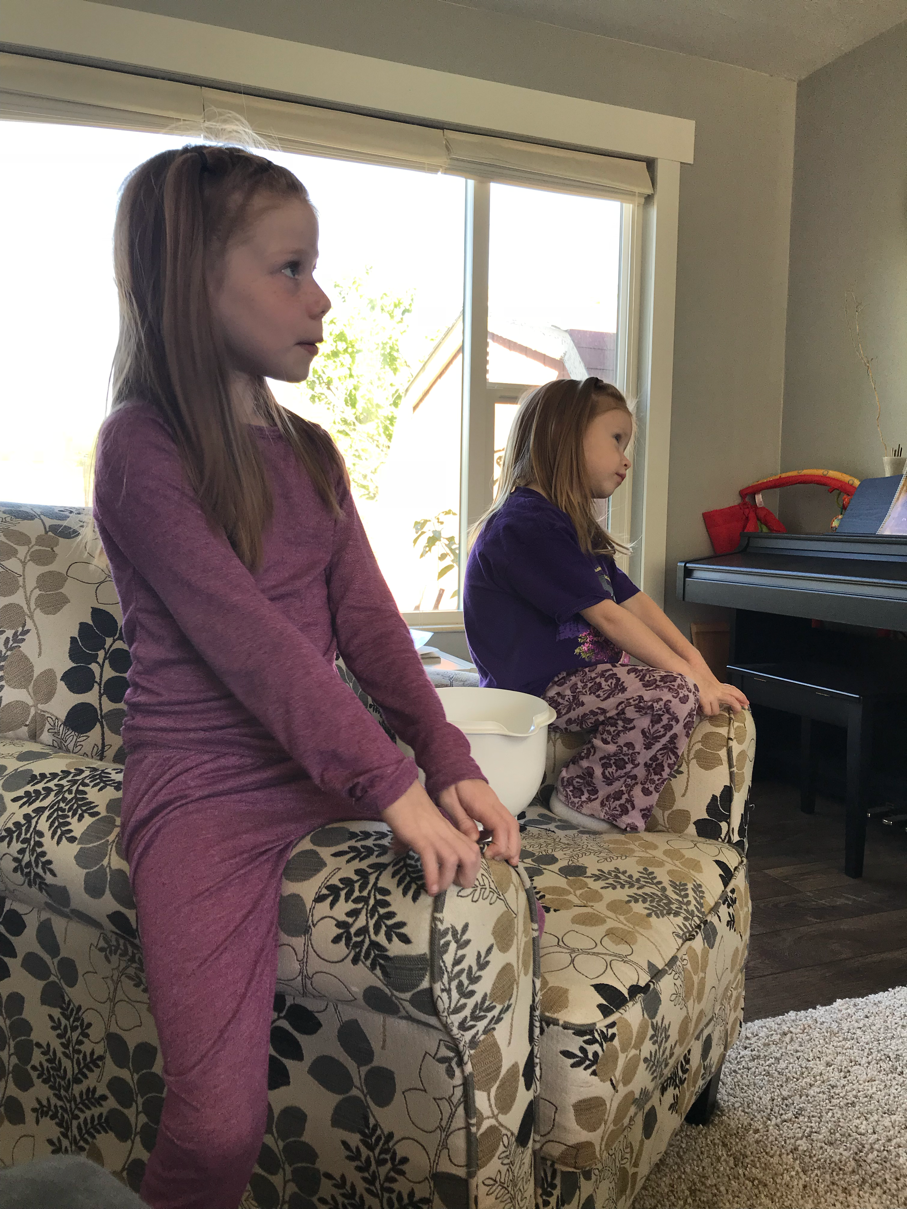 And they got to have a sleepover with Aunt Hillary last weekend and go to a Halloween carnival! They had a blast!! 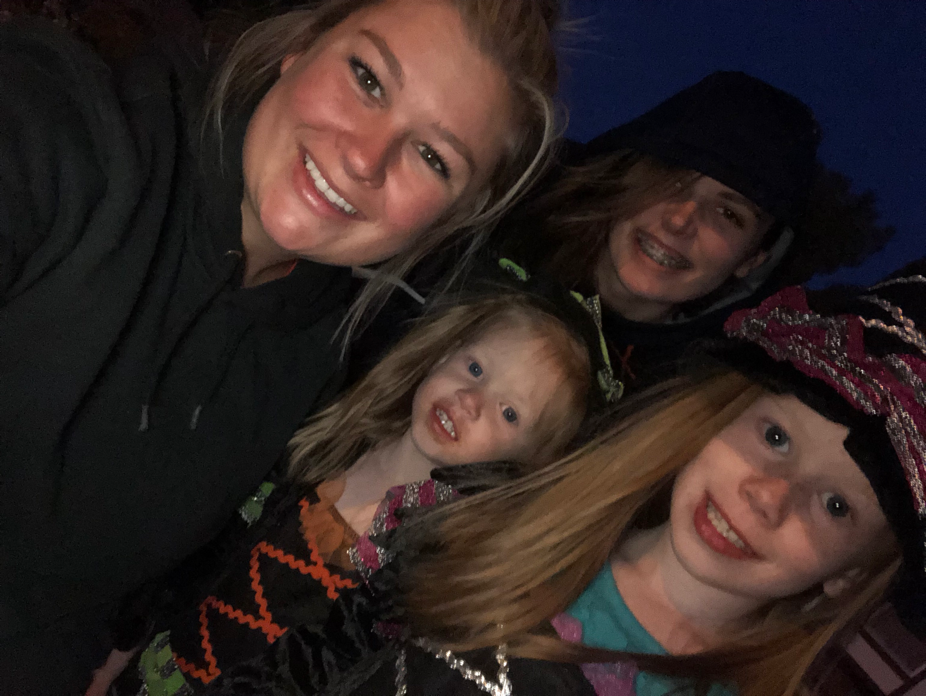 Kennedy wanted to be a witch this year for Halloween. So naturally, so did Brynlie. Monkey see, monkey do. They make the cutest witches though. 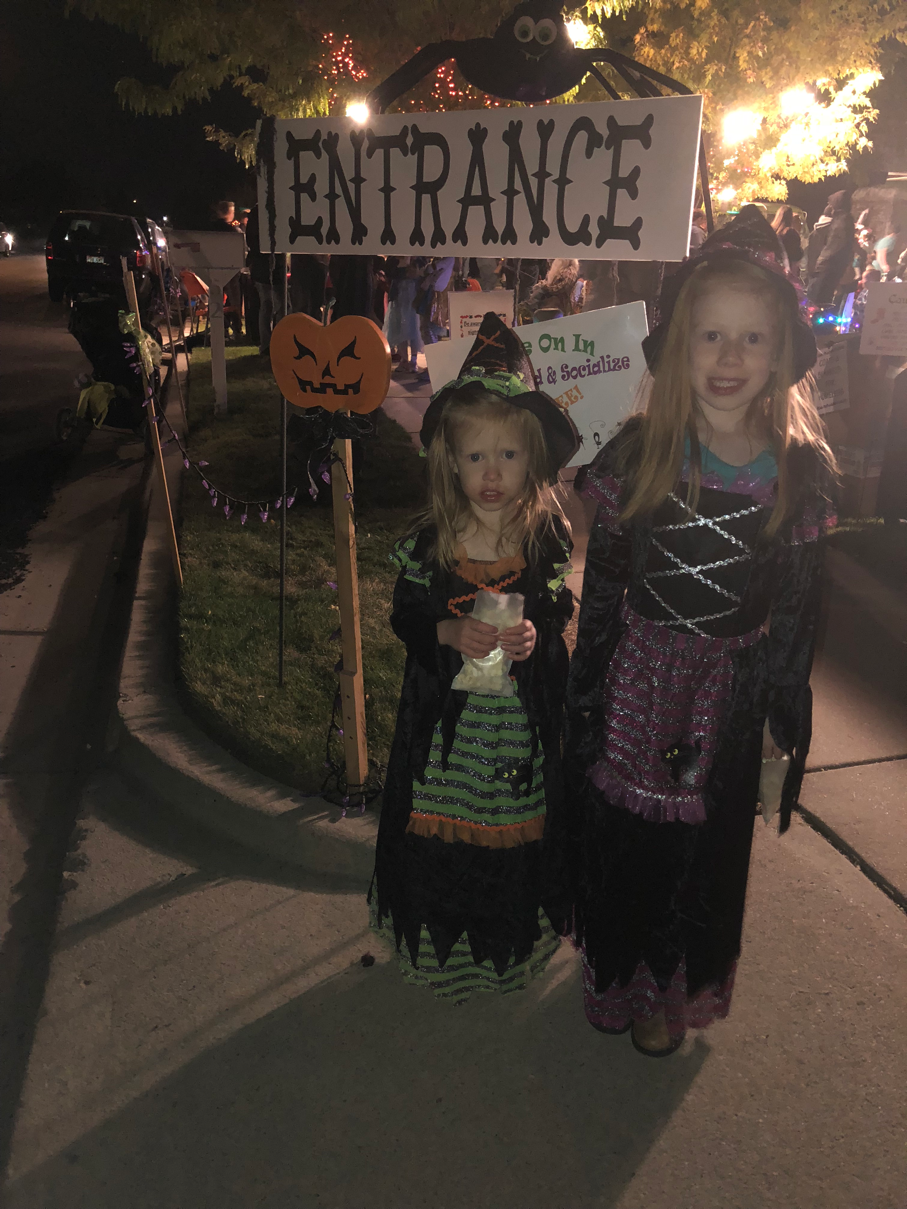 Last week we also butchered our apple trees. I don’t think they’ve ever been pruned and they were super overgrown and dropping what seemed like a thousand apples a day. There’s not much left of them now haha. Goodbye, backyard shade. 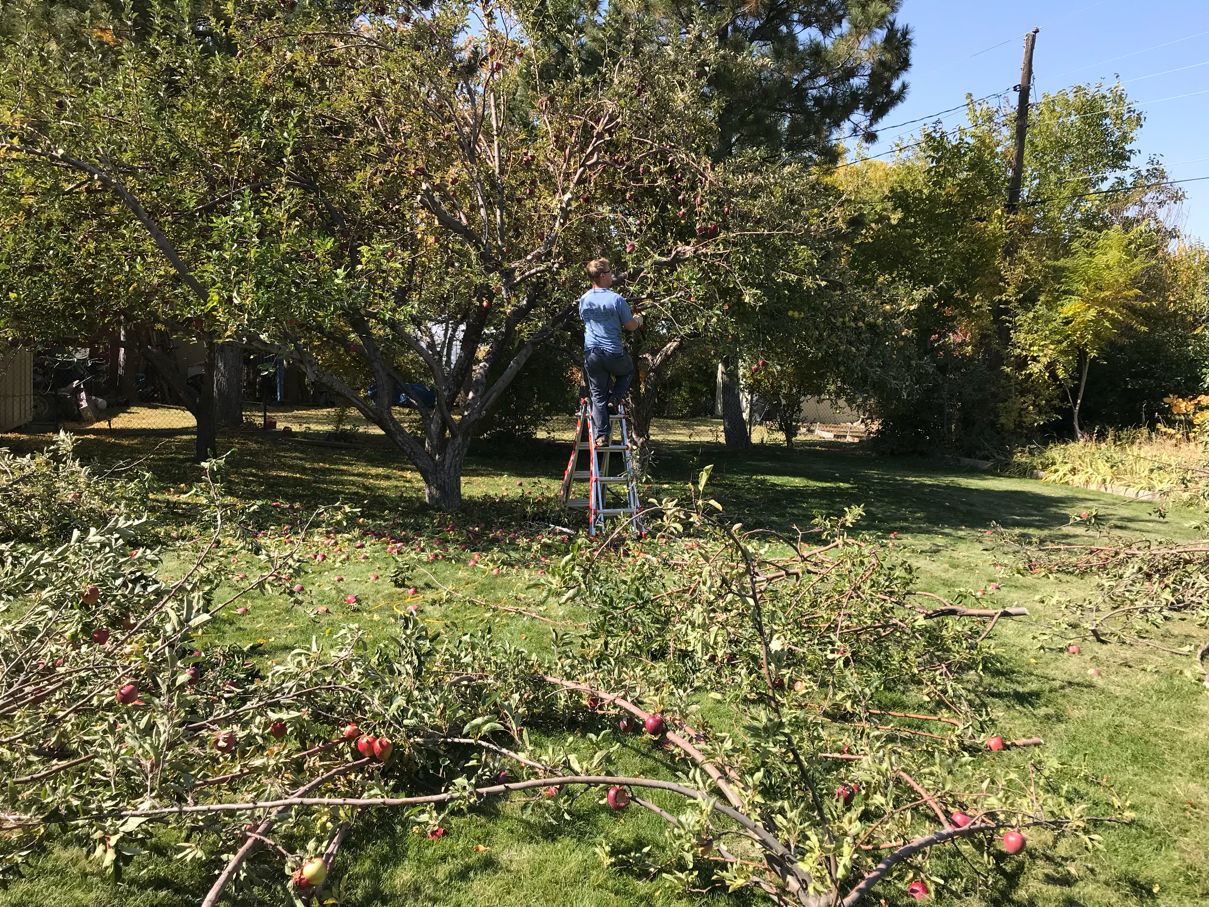 Brynlie helped us out a lot. She also kept finding the apples without worm holes and eating them. Apples and bare feet. Life is good. 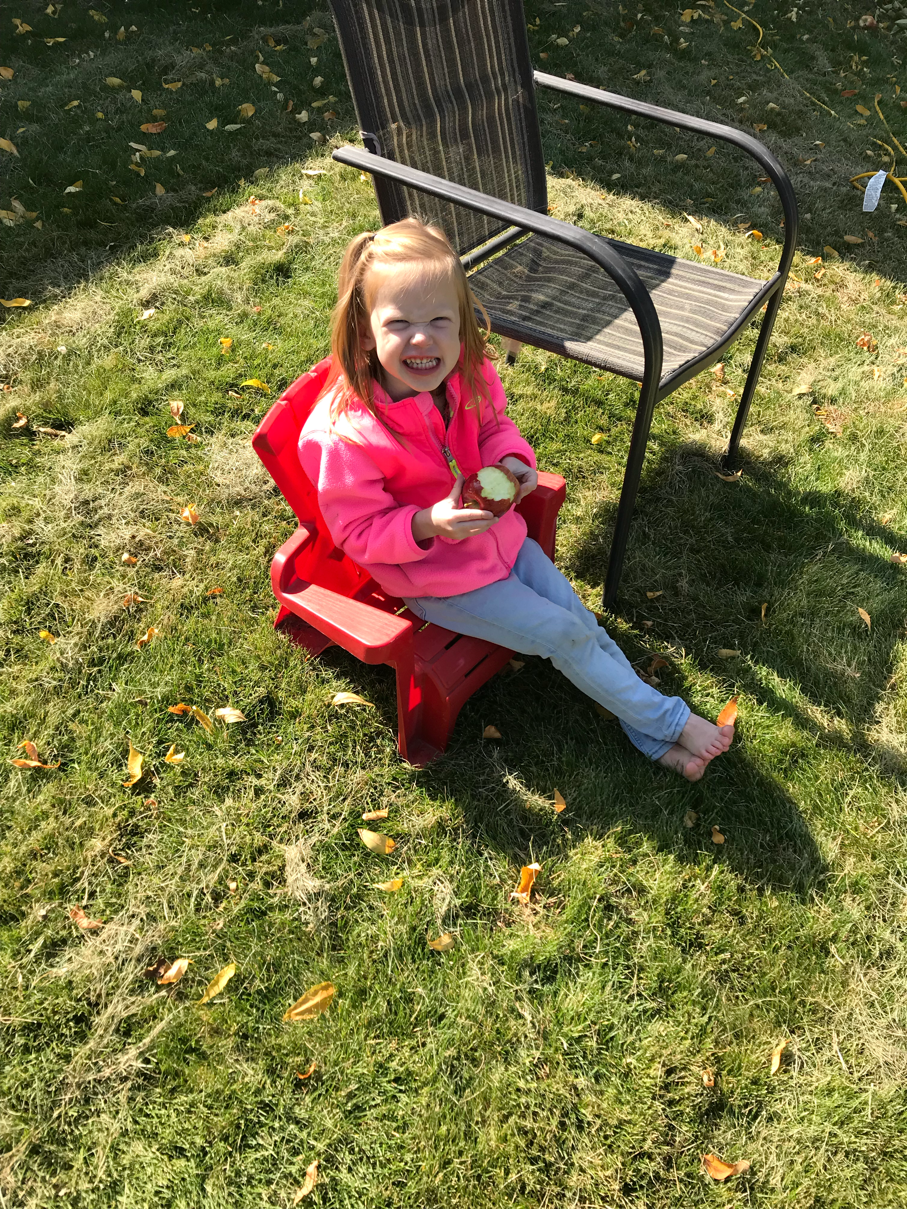 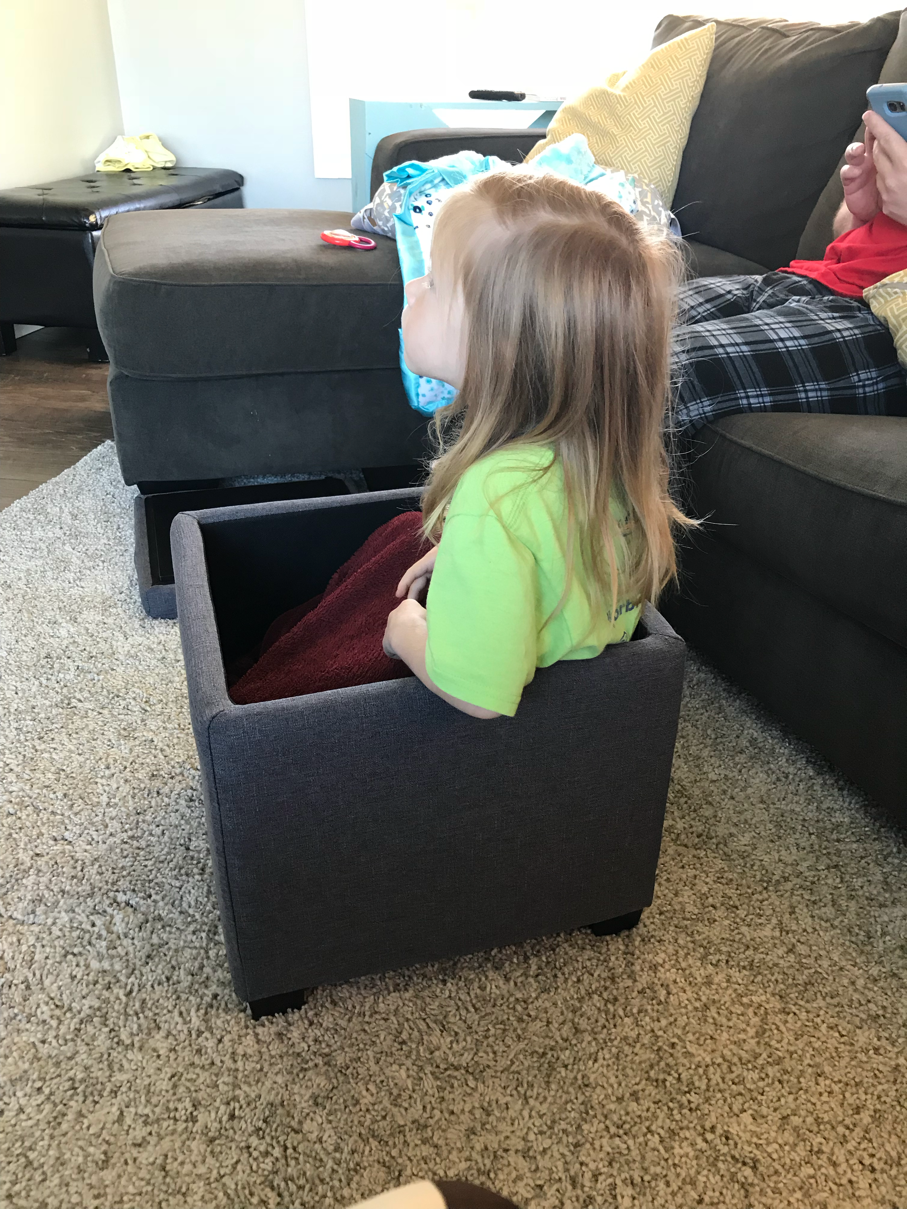 And lastly, I still love fall. 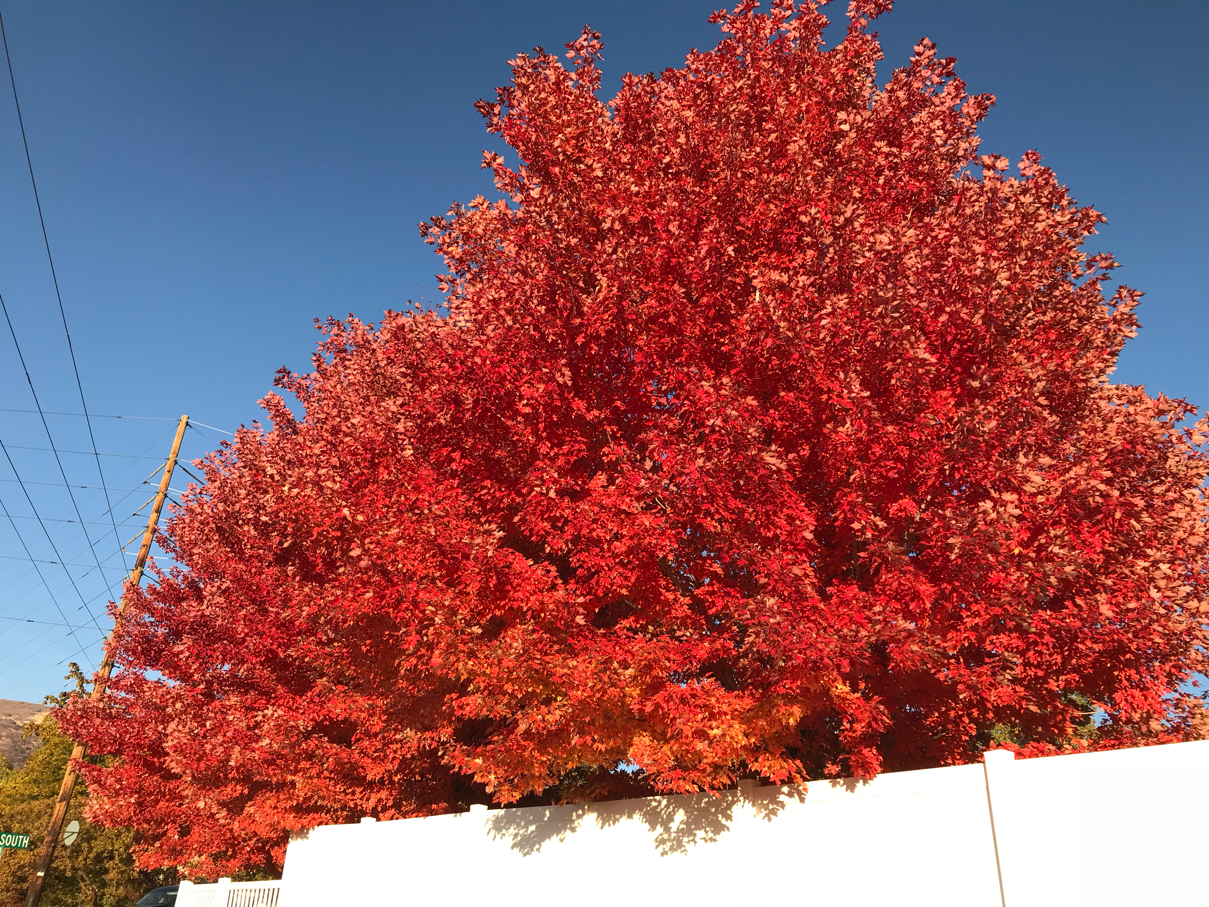