Baby Logan is here!!!
I find it super ironic that I blogged about him never getting here and then 12 hours later he proved me wrong haha. 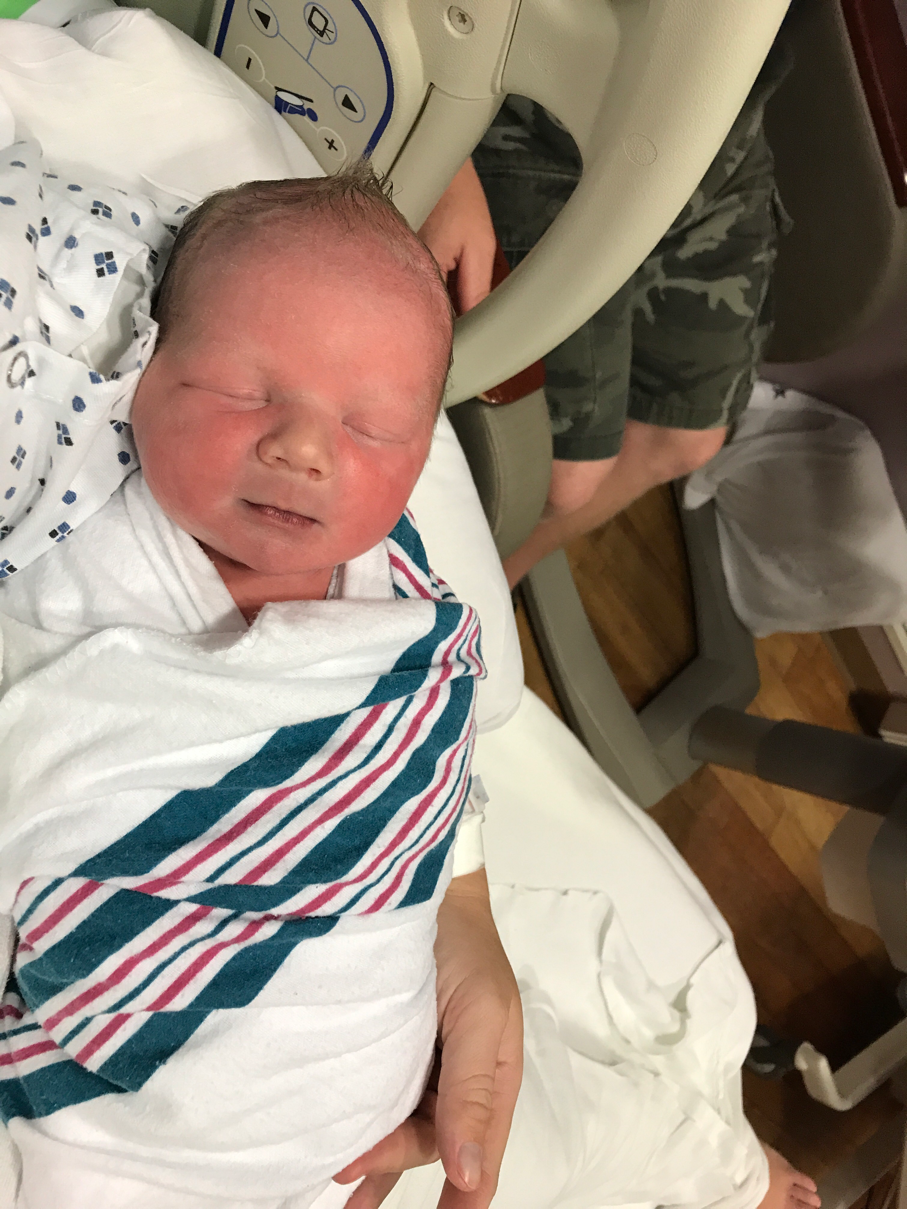 First the stats, and then I'll go into the whole story down below with more pictures. He was born at 5:39pm on eclipse day weighing 7lbs 3oz, which is pretty big for being 2.5 weeks early, and measuring 20.5" long. He is pure perfection and is our first child to be born without red hair. Gasp!! 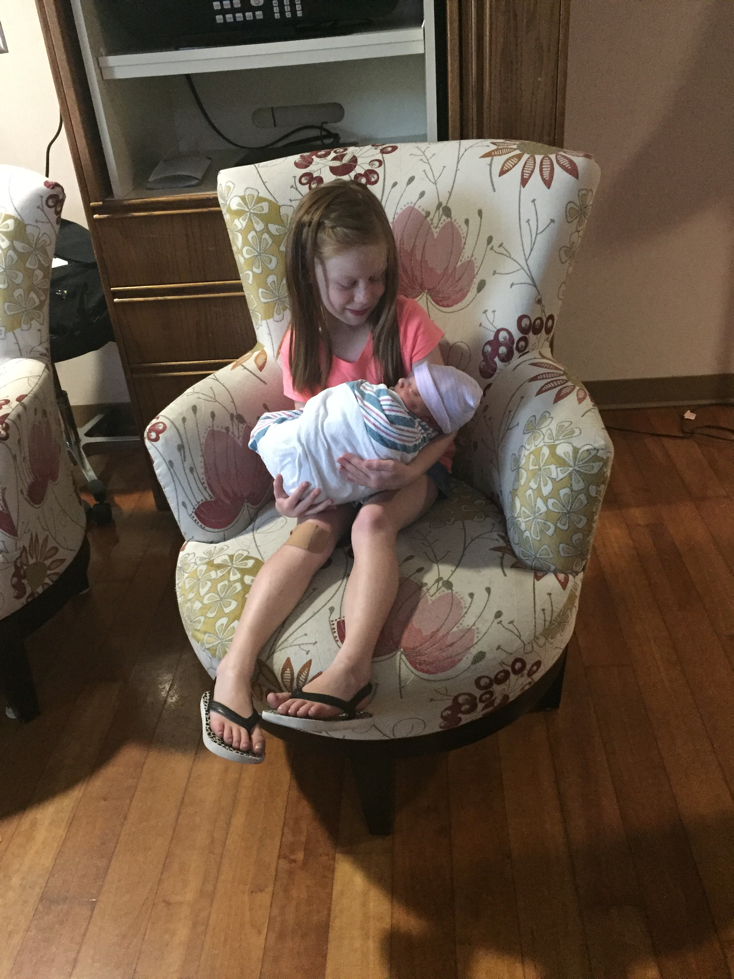 She ran up to me and said "oh my gosh I can't believe we have a baby brother!" She is going to be the best big sister!
I know Brynlie doesn't quite get what's going on, so she's a little unsure, but she did want to keep holding him and touching him. 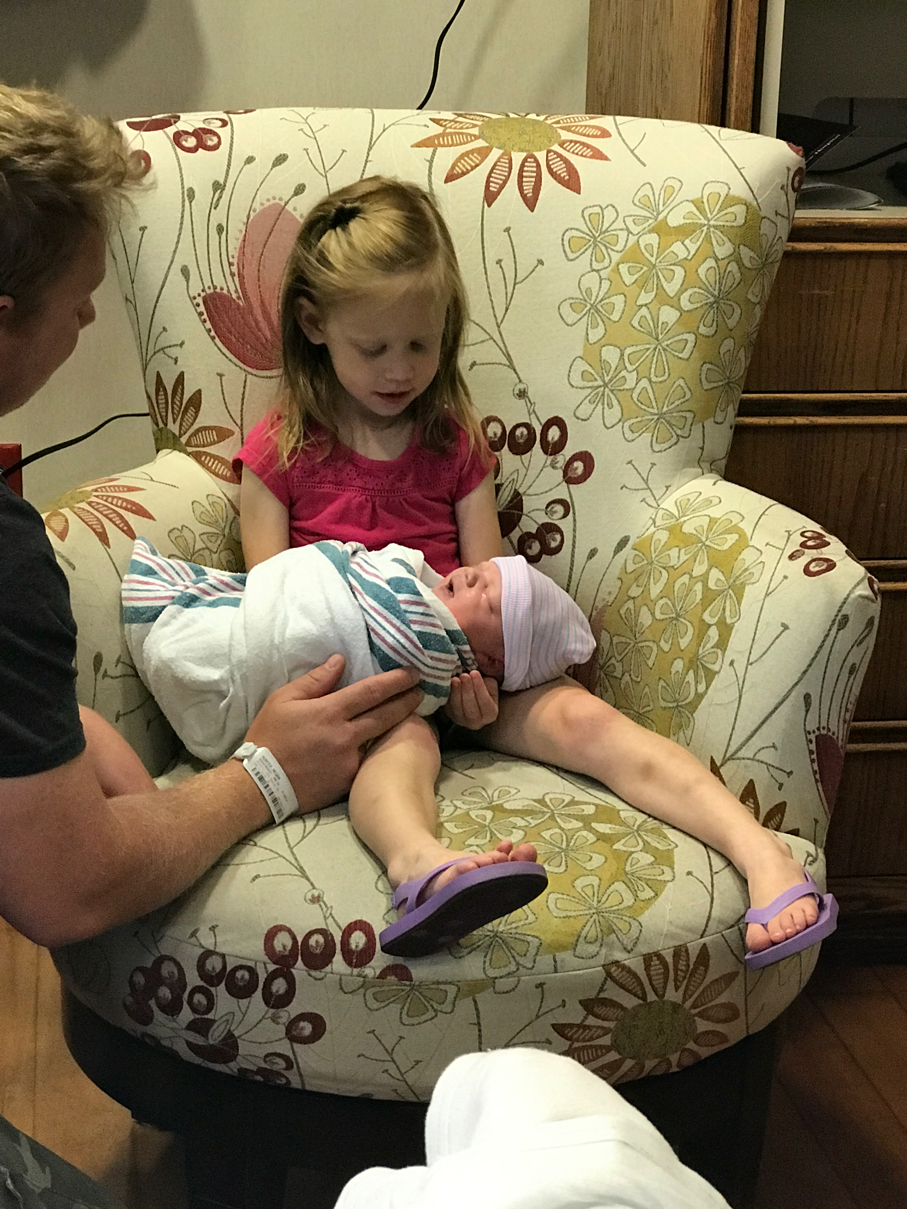 And we got our first picture as a family of 5. I hate how swollen the IV fluids always make me in every delivery picture, but at least they're all consistent haha. 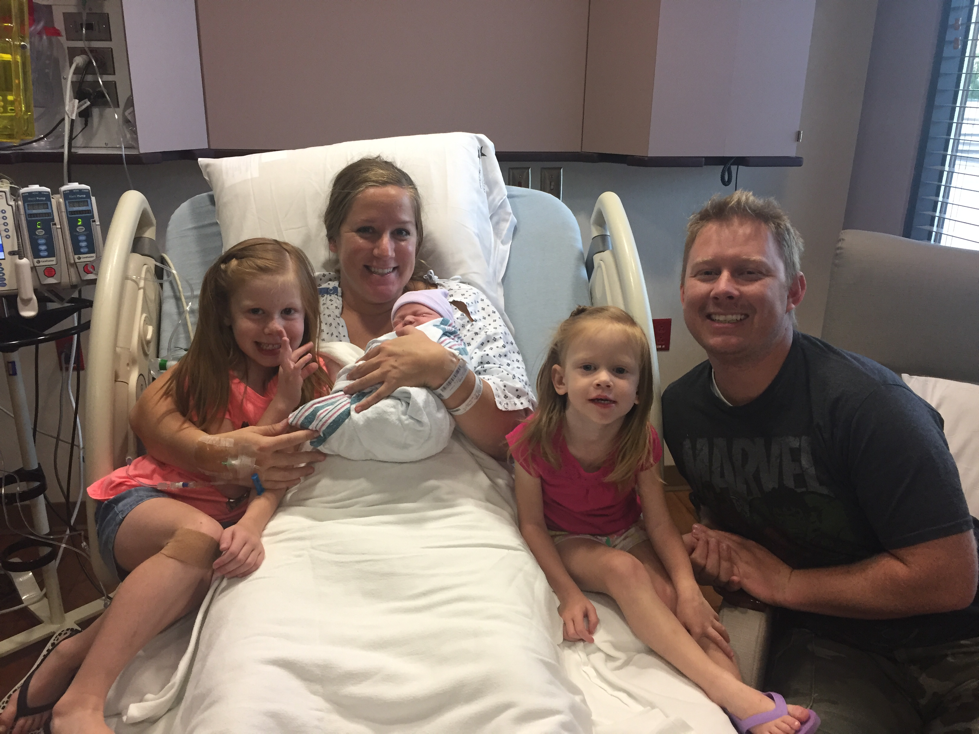 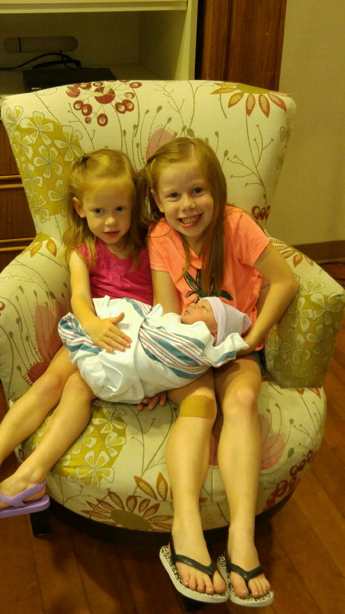 He has been such a good baby so far. But really, what newborn isn't. We adore him and love him and he has some pretty great big sisters who are so ready for him to come home! 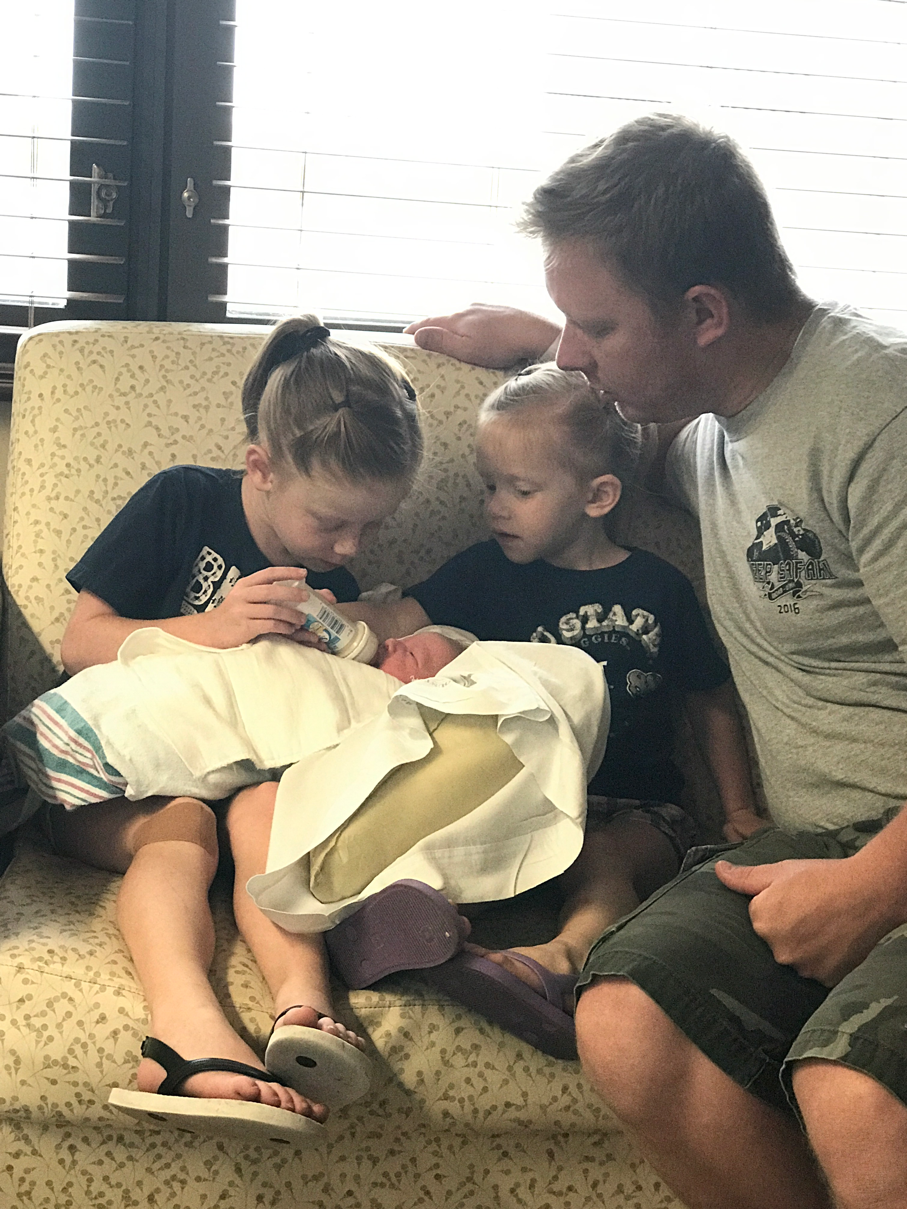 I am super bummed I will be missing Kennedys first day of school tomorrow, but Cory is on strict instructions to take lots of pictures. And hopefully I will be home by the time she gets home so we can all just relax together as a family. I can't wait to get home!
Posted by Megan and Cory at 1:17 PM

Yay! So glad it was an easy delivery. Sounds amazing. He's adorable and I'm so happy for you all!