Finally Made an Adult Move in Our Lives Having an August/September baby is awful. Well, I'm sure having the baby isn't, but being pregnant until then is pure torture. Again, I've been really, really uncomfortable and having a ton of pain as each day progresses. It's not really the same pain I've experienced before, but I know it's caused by my hips not being supported because the most random things make me hurt so bad and my hips are so achy, which I've never experienced before. I'm 36 weeks and 2 days so aaallllmmoooosssttt there.


Being pregnant may seem to take an eternity, but once they're here the littles sure do grow up so fast! 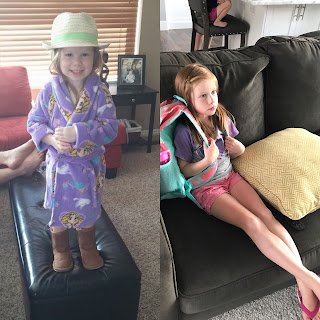 And after all the hard work of growing them and nurturing them, they always seem to prefer Dad haha. 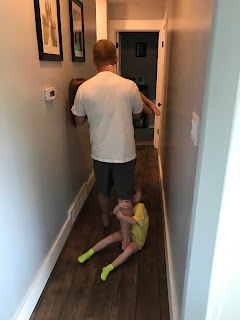 Which doesn't bother me, because he really is the King of Awesome. And I'm not super nice or patient these days.... 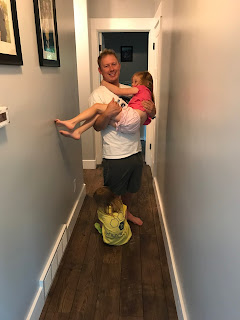 So... "exciting" things that have happened to us the last little bit...


We have talked for years and years about buying a deep freezer and for whatever reason, we never get around to it. There's always something more important that needs to be bought I guess. But this past week we put on our adult pants and finally bought one! I am so proud of us! We found a really good upright one on KSL for cheap. The only problem was, it was clear in Garden City. We called the (super nice) man selling it and he held it for us and we made an entire day trip out of going to pick it up.


We loaded our sick kids in the car (did I mention they both caught colds? sucky) and headed out. We made a quick stop at The Childrens Place in Layton to exchange some jeans I bought for Kennedy for school that were too big, and Cory bought the girls some new sunglasses. $1 each! 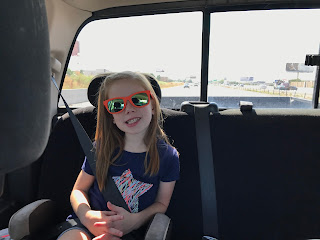 We made frequent stops for the potty but we finally made it to the house. The couple that lived there were retired and Cory didn't have anyone to help him load it in the truck. Some random guys happened to be driving by and stopped and asked if they could help. So nice!! 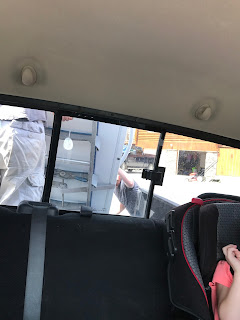 We took our time going home, too. Cory wanted to check out Tony Grove in Logan Canyon since he had never been there before. The wild flowers were so freaking pretty!! 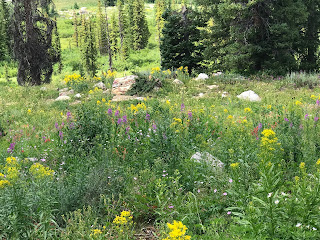 Actually, everything was. I feel very lucky to live in such a gorgeous state. 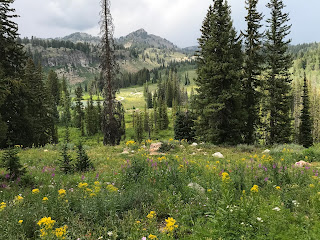 We finally made it home, cleaned it out and washed all the dead bugs off of it that lost their lives on the freeway, and then the next day we made a huge Costco haul to buy meat and dinners for Cory to take to work to store in it. No one tells you things this stupid are so exciting when you're an adult. Also, I did nothing but ride in the car all day and by the time we got home I was in so much pain I could barely walk again. See? What the heck??


The next day we went over to my parents house so Cory could help them fix their lawn mower. They bought us dinner to thank him and while we were eating, Cory spotted these two guys just hanging out in the backyard eating the apples. Can you believe it?! 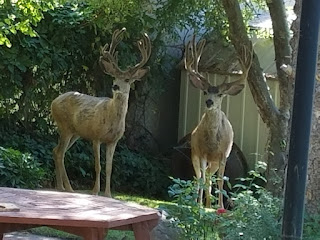 It was crazy! I've seen lots of doe's in their yard before but never a buck, and especially not two of them. Brynlie really wanted to go play with them.


We're still watching a lot of American Ninja Warrior over here. Can you tell? 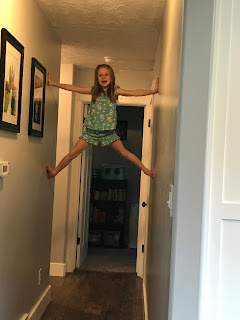 And a member of our Relief Society posted that she found this in our church the other day. I might need to switch religions. 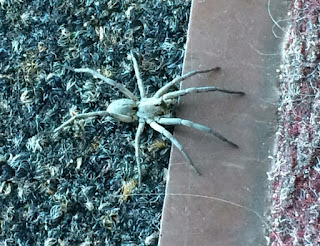 How does a spider that big even get inside?? It makes my skin crawl!!


Yesterday Cory took the girls to Lagoon with his family. They were beyond excited!!! 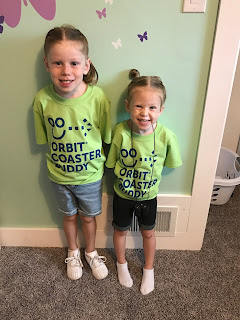 I didn't go for obvious reasons. I was so excited to have a whole day to myself! I planned on doing some shopping and eating wherever I wanted and even getting a pedicure. But... it didn't go quite as planned. I made it to two stores before my body told me nope, no more. But I finally found some cute tops for Kennedy for school. Then I went home and had a nap - which was great -  and then decided I didn't care about the pedicure, so my mom and I went to dinner and got ice cream instead. Then I had a bath and colored while I watched TV. It was pretty relaxing. But, I had a harder time than I thought not being a part of the fun this year. I love family Lagoon day.


Cory said they had tons of fun and got soaked on Rattlesnake Rapids. 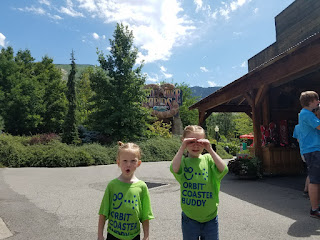 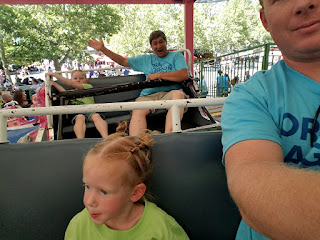 He took a ton more pictures but I don't feel like sending them all to myself haha. They came home super exhausted and cranky, but that just means they played to their hearts content. I'm glad they got to go have some fun! Those poor souls deserve it.


Well, I guess I had better go get moving for the day. The kids are starting to get into things and Cory is still on the couch watching Troll Hunters by himself even though the girls lost interest a long time ago. Typical. See you soon.

Hang in there! Are you getting induced at 39 weeks? Um, that spider is horrible. 🤢🤢🤢