Guess what?? We did something fun!!!


These past few days we were out of town to the ranch/Bear Lake. We left Sunday night after Cory got off work and drove to the ranch. Our kids have never really traveled anywhere in the dark so it was a whole new experience. I learned just how afraid of the dark Kennedy is because every light made her nervous. Then Cory made it worse by telling them to look for animals on the road cause their eyes would be glowing... *eye roll* so that really freaked her out. But hey, they stayed alert and awake!


We got there just before 10pm and got everyone settled for the night. As we were laying in bed I realized just how relaxed I felt. My favorite thing about the ranch is how we can go off the grid. There's no cell service and nothing to worry about. It's amazing. Nothing but us and the cows. We'd never been up there with just our little family before and I told Cory we needed to do it more often.


The next morning we hung around for a while waiting for my family to arrive to have some fun. 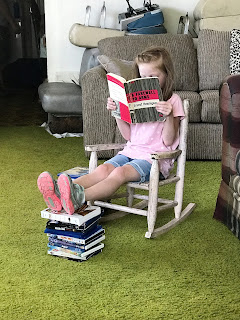 Kennedy told me she was "playing Grandma". I love her choice in literature.


Finally everyone arrived and we started the fun with some 4-wheeler rides. However, it was kind of hot at this point so we opted for some lunch and games inside for a bit. After a couple hours my brother from Cheyenne arrived and the party really started! There was lots of badminton playing 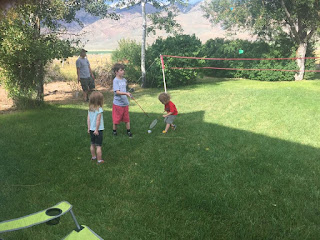 or at least the kids hitting the birdie's with the rackets. 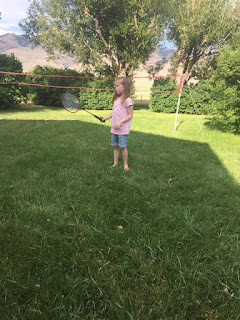 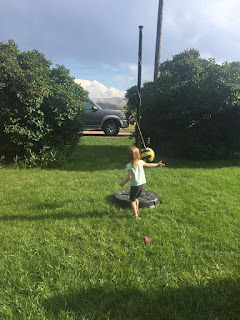 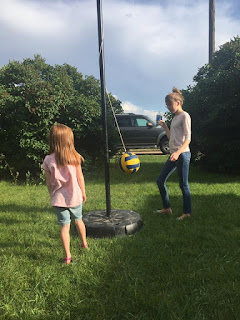 And I found a baby frog to show the kids. We actually saw a huge one earlier that morning before everyone came but we weren't able to find it again. 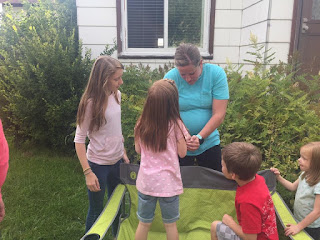 And of course there were lots more 4-wheeler rides which just about everyone enjoyed. There's not any cool trails around the ranch to take but with lots of little kids, just riding was fun. If you can't tell by the looks on their faces, Cory and Kennedy thoroughly enjoyed showing everyone around the ranch. 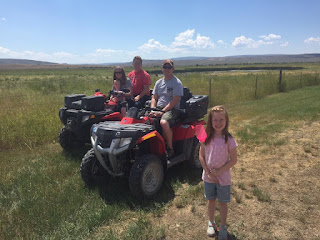 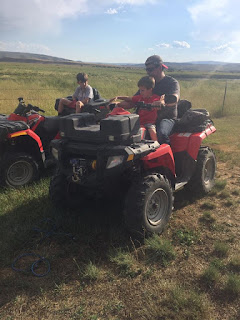 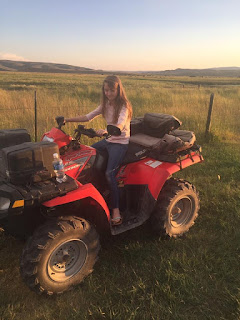 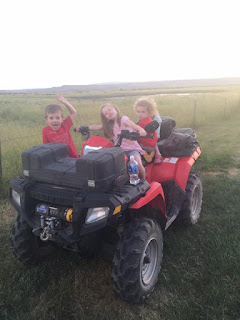 Tuesday was our Bear Lake day!! Our amazing neighbors have a cabin up there and they let us use their beach which was heavenly!! No one around at all! It was so greatly appreciated. 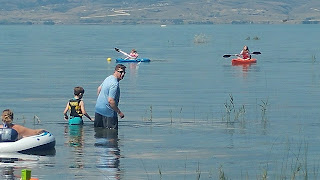 There was just enough sand to keep the kids occupied and happy. 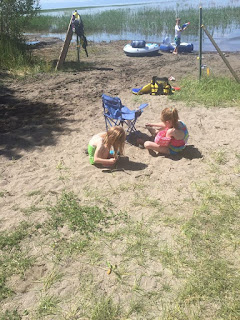 And Tommy. It's hilarious to see the difference in him between when he's working and when he gets to be a real dog. 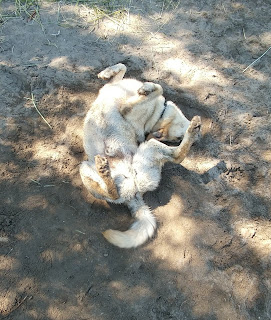 The water temperature was perfect! It was pretty murky and dirty since the water level is insanely high this year and up into the weeds and such, but that didn't stop us from having tons of fun. 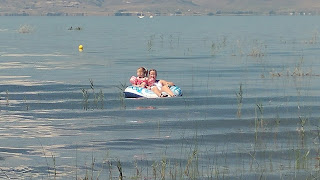 We also rented two wave runners for most of the day which was a blast!! I was nervous I wouldn't be able to ride them, but we basically had the whole lake to ourselves (I saw two other boats...that was it) and the water was really smooth which was perfect for an 8 month pregnant woman. 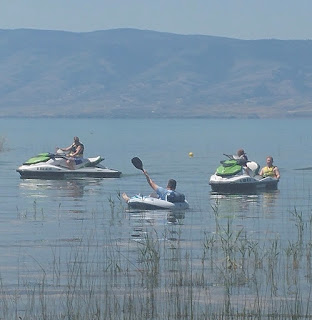 On one of my turns out on the wave runner I went a little too fast over a couple waves and was jolted up and down kinda hard and I instantly felt two little feet shoot out my side, like he was bracing himself for the ride. It was pretty funny. I didn't get to be as wild and crazy on them as I wanted but I still had fun. Next time!


My parents also brought their kayaks and the kids had a blast on those ALL DAY LONG! Kennedy is a little kayaking machine!! That girl can cruise! 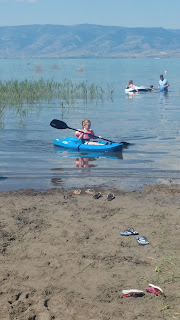 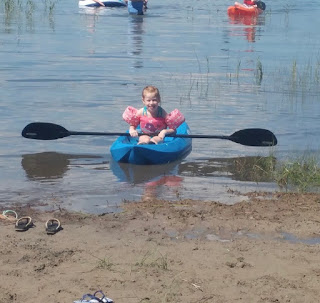 I kept overhearing the kids playing Moana together and I never once heard anyone fight over them. 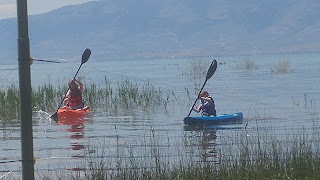 They were so good about sharing and giving each other rides. 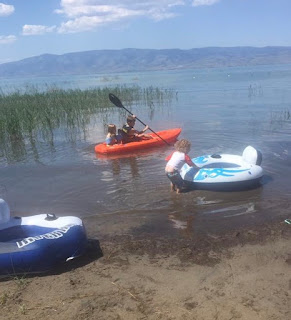 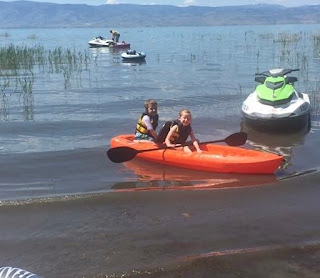 It was seriously a perfect day! Brynlie loved the wave runner and took several turns. Kennedy surprised us and didn't want to go for most of the day. We couldn't pry her away from the Kayaks. But finally my mom convinced her to go with her and she had a total blast. I love my little adventurous kids. Sometimes I've had to force them to try things I know they'll eventually like, and I'm glad I did so they can learn how fun the world is.


After sufficiently wearing ourselves out, we went back to my parents campground, showered, and mostly everyone hung out together having a great time laughing and talking. It's not like our usual family gatherings are lame, but this one was just really great. I can't really explain it. I sure do love my family.


It was hard to say goodbye to my brother again, but hopefully they'll be out in a couple months when we bless our little guy. Kennedy and my nephew Brecken really buddied up this time and played so freaking cutely together!! It's probably the pregnancy hormones but it made me cry a few times. I just felt very blessed the last few days to have such great people in my life. It could also be that I've been a prisoner in my house this summer and getting out gave me a whole new perspective haha. Either way it was a fantastic trip and I can't wait to do it again.

No doubt Goodbyes are really hard to say especially when it is from the loved ones or the closed ones. And I can understand the feeling you had during that good bye time.

You have a beautiful family. Looks like you and kids have enjoyed alot and experienced new things.

Thanks for sharing amazing information !!!!!!
Please keep up sharing.

I enjoyed by reading your blog post. Your blog gives us information that is very useful for us, I got good ideas from this amazing blog. I am always searching like this type blog post.

I have seen your Pancake designs. All design was amazing. Keep doing efforts like this. it's new function in game sims 4 cheats the spell of realm magic.