What Happens When You Get Your Husband Back

We've had a really good past 4 days. The main reason? Cory had those days off and didn't have to do any house work. It's amazing how much fun you can have when you finally get your husband back!
Thursday we decided that even though it was cooler, we needed to go swimming together. Cory and Kennedy had a total blast playing together. They went down the slide, did flips off the side of the pool... it was so fun to watch.
Brynlie got wet then instantly started whining about being cold so she and I spent most of the time sitting on the lounge chair on the grass. 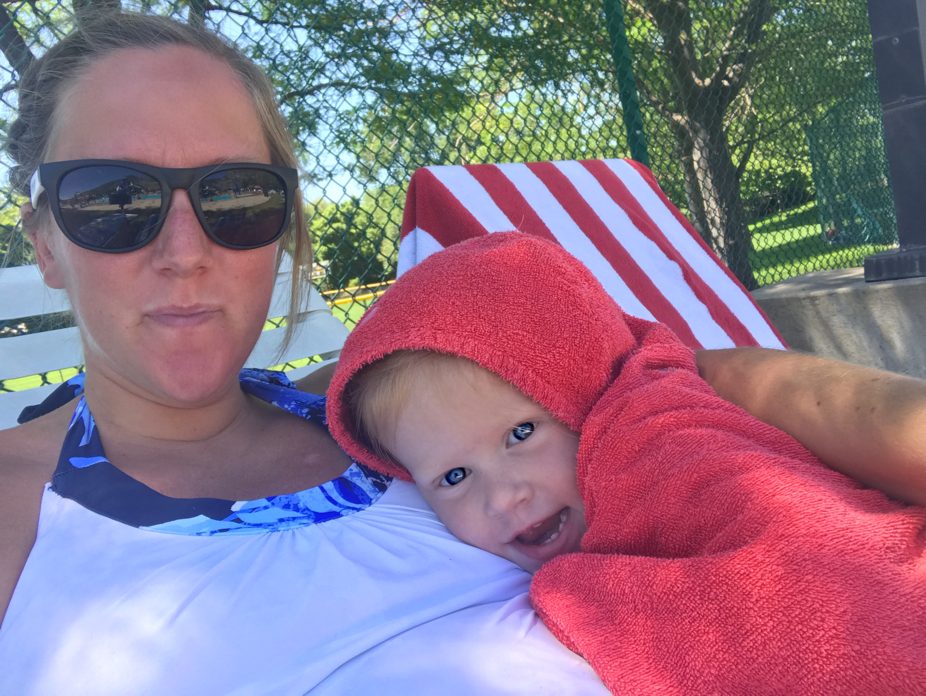 She also ate more food/snacks than I think she ate all last month. Growth spurt maybe?
Kennedy taught Brynlie that laying in the sun warms you up really fast. Good thing my little fair-skinned beauties are lathered in SPF 50. 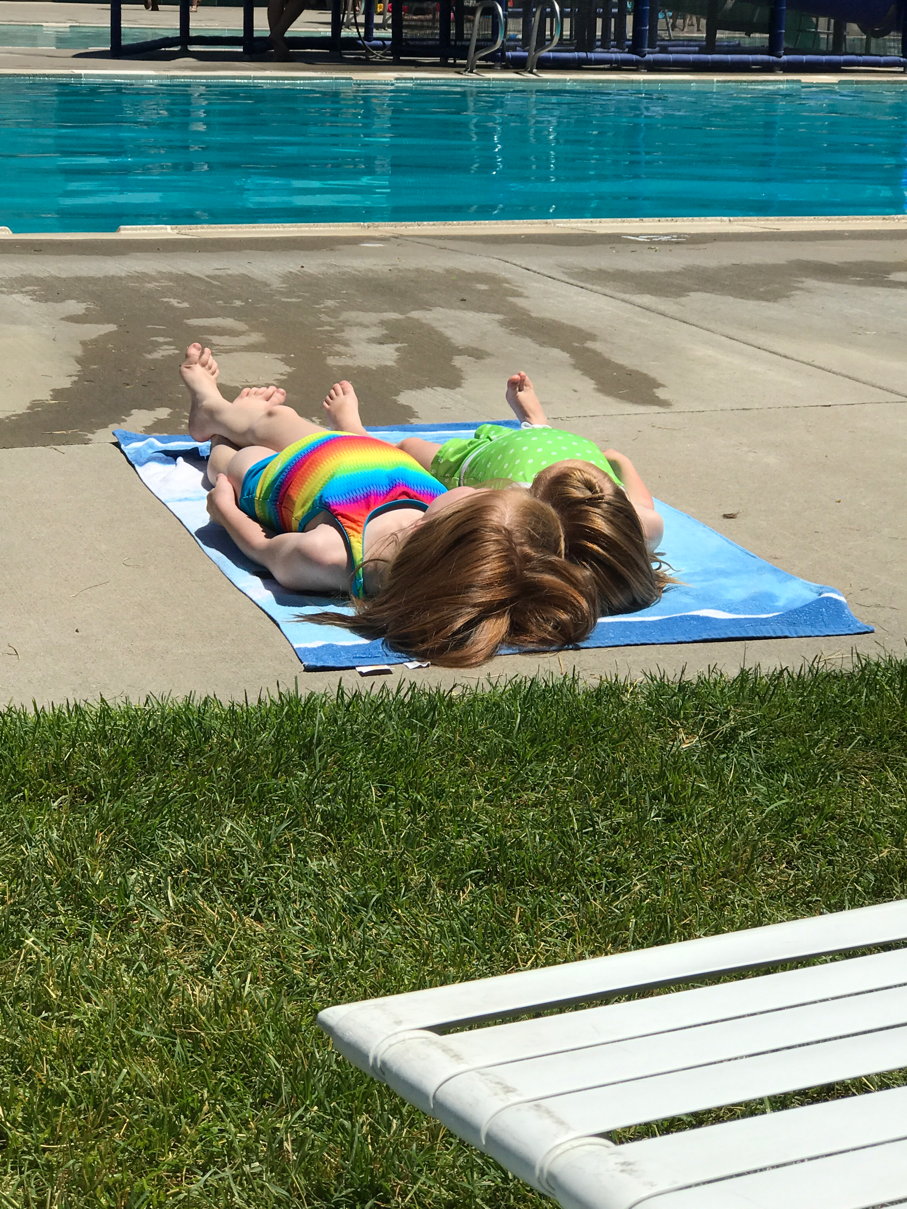 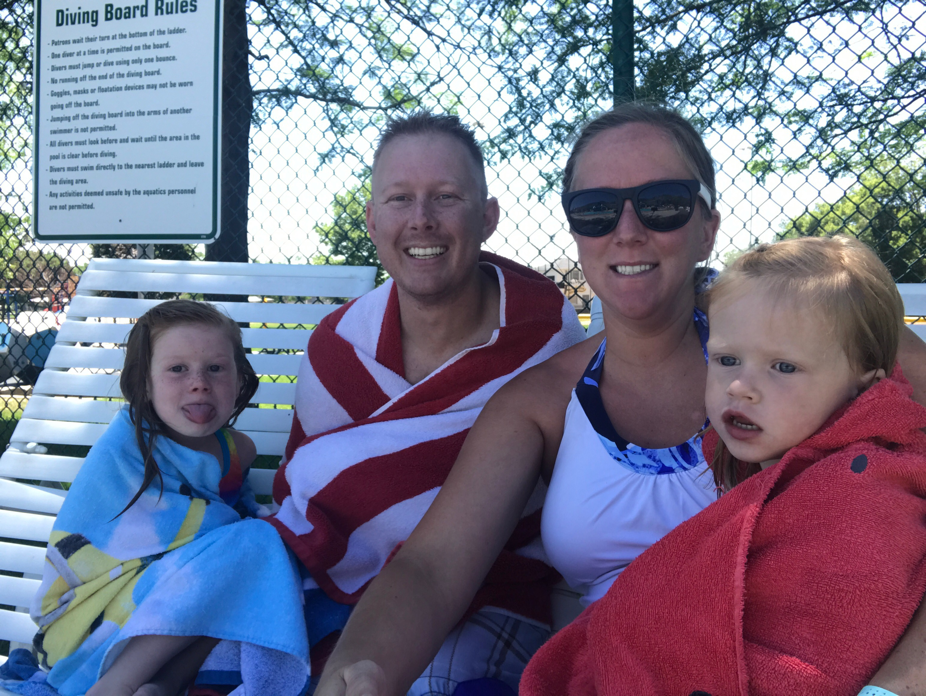 That night my mom took Kennedy out to dinner and then to Target to pick out a birthday outfit. Apparently she was adamant about choosing this one. Somehow I wasn't surprised. 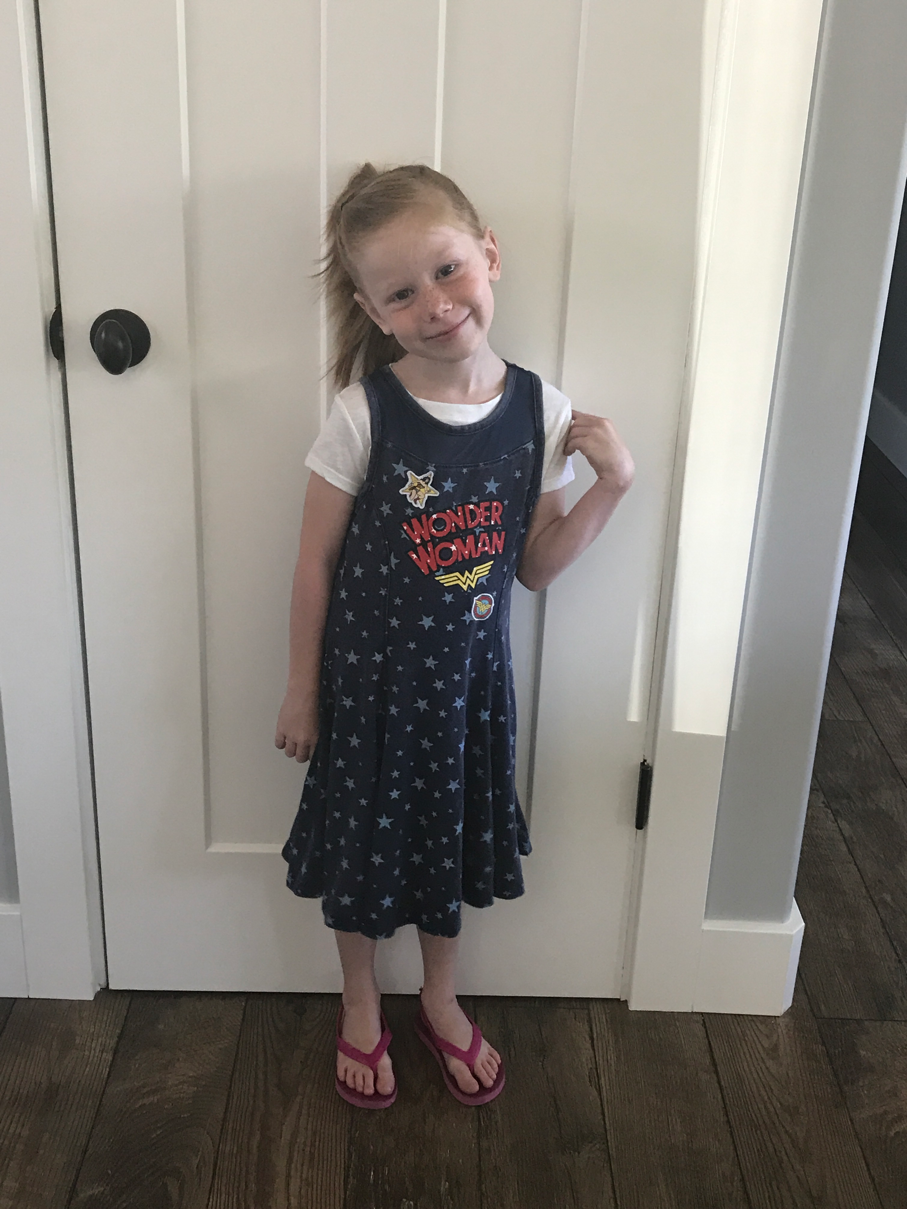 And she accessorizes so well. We can't say she doesn't have any personality. The next day my mom took the girls for a sleepover and Cory and I actually got to have a whole night alone together. It was amazing!! We went to dinner and only needed 1 napkin each, did some more birthday shopping for Kennedy, and went and saw Wonder Woman. The movie was pretty awesome. Way better than I expected. I need to take Kennedy to see it now. We know we're getting old, because we hurried really fast to make it to the 7:00 show because the next one was at 9:30 and just couldn't make a movie "that late". Haha.
Saturday the girls got to go to breakfast with Grandma at the hospital while my Dad had his ultrasound. 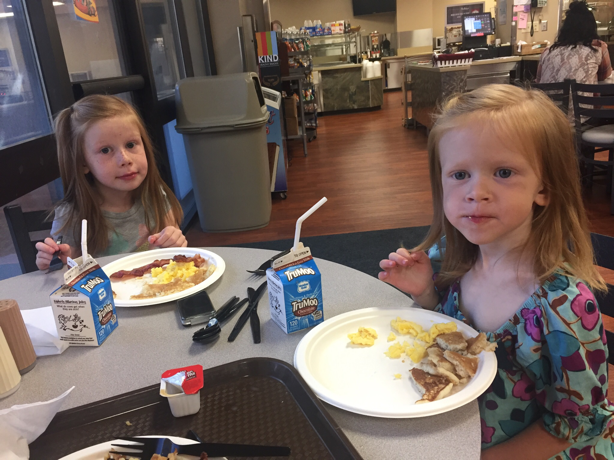 And later we had the family party for Kennedy's birthday. We kept it super simple with just cake and ice cream and presents. 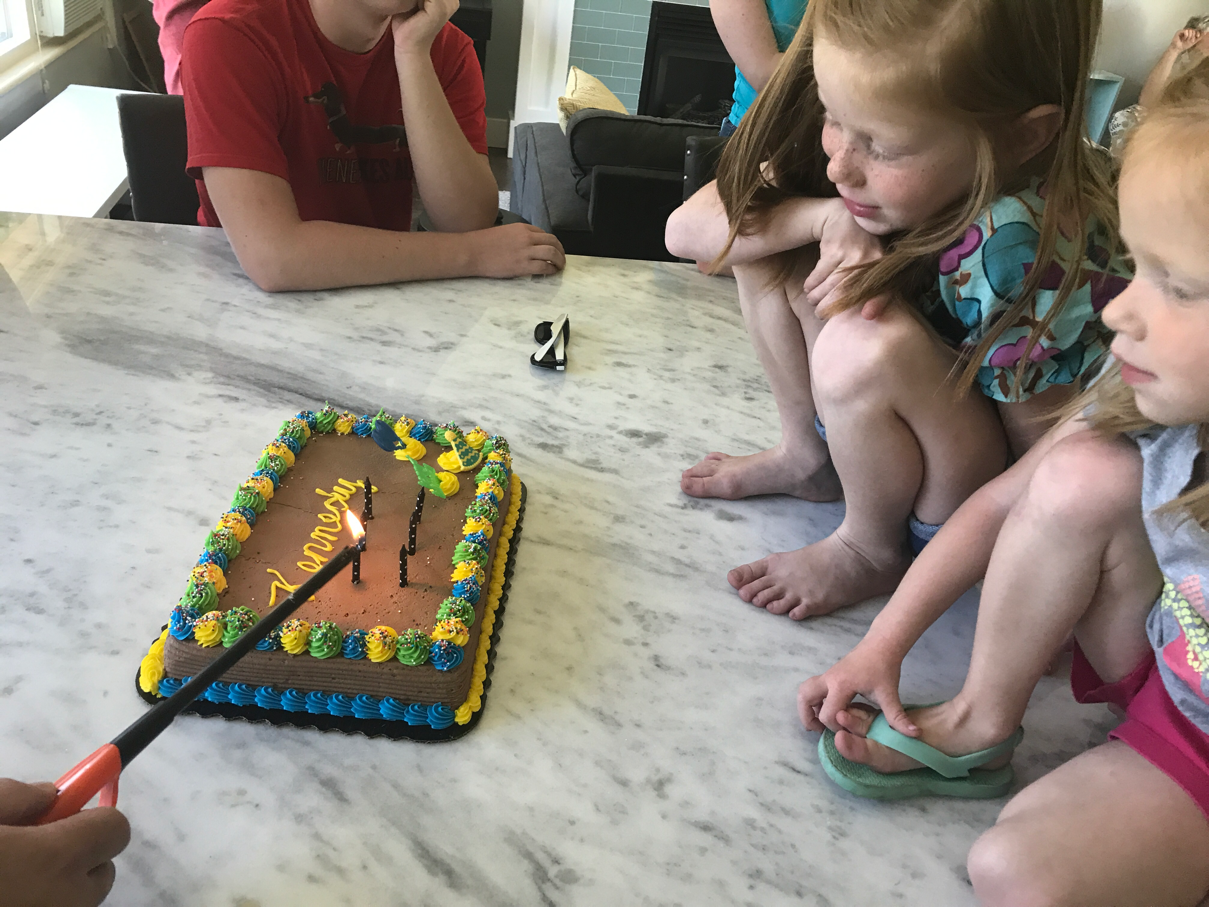 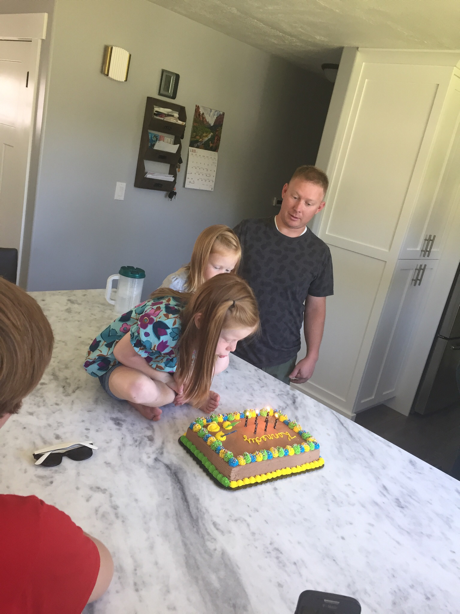 She got really spoiled again. She's so fun to buy presents for because she just loves everything. She's like me though and gets a little embarrassed opening them in front of people. 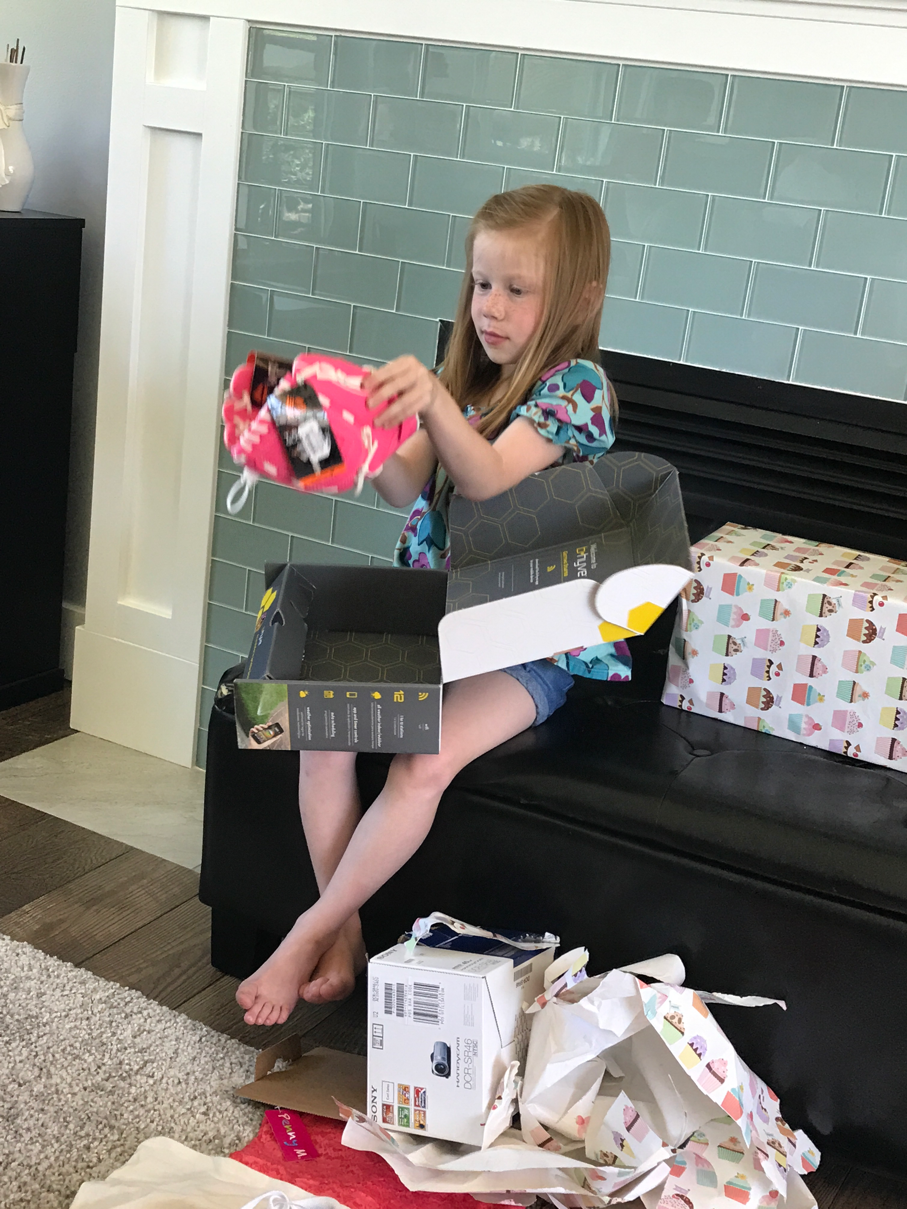 A couple hours later, the girls on my side of the family all went down to Provo for the Stadium of Fire, leaving the kids and men at home. We went to dinner at Black Bear Diner - which was delicious - and then stayed at my sisters place. We had to walk from there, which wasn't super fun in the heat, but we made it. 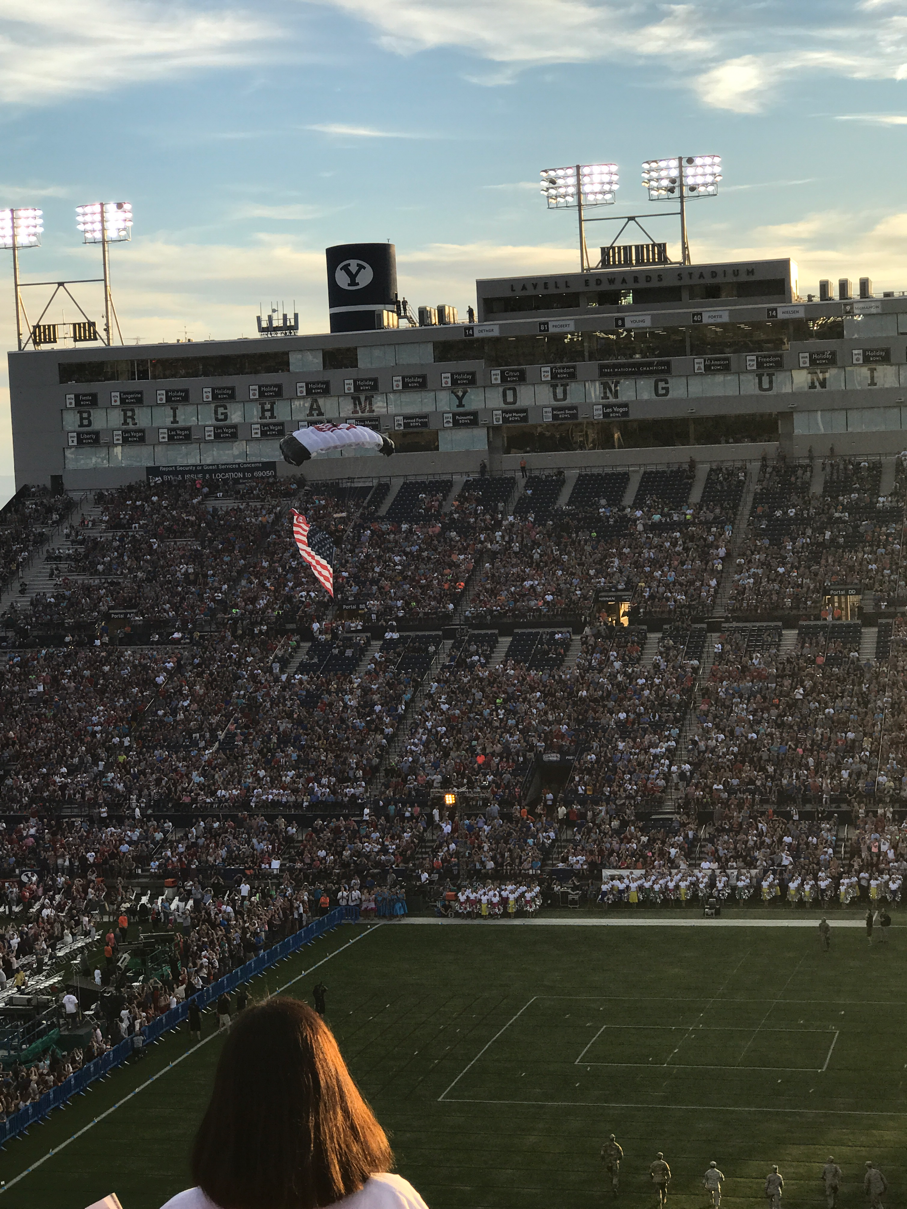 We had seats at the very top in the sun and it was wicked hot. I was sweating like crazy and got so swollen it was gross!!! It didn't help that everywhere I looked there was BYU crap, either so maybe my body was reacting to the hostile environment haha. But finally the sun went down and I started to cool off a bit. We saw Hunter Hayes, Brian Regan (my favorite!) and Little Big Town. And the fireworks were amaze balls! Complete with lasers. 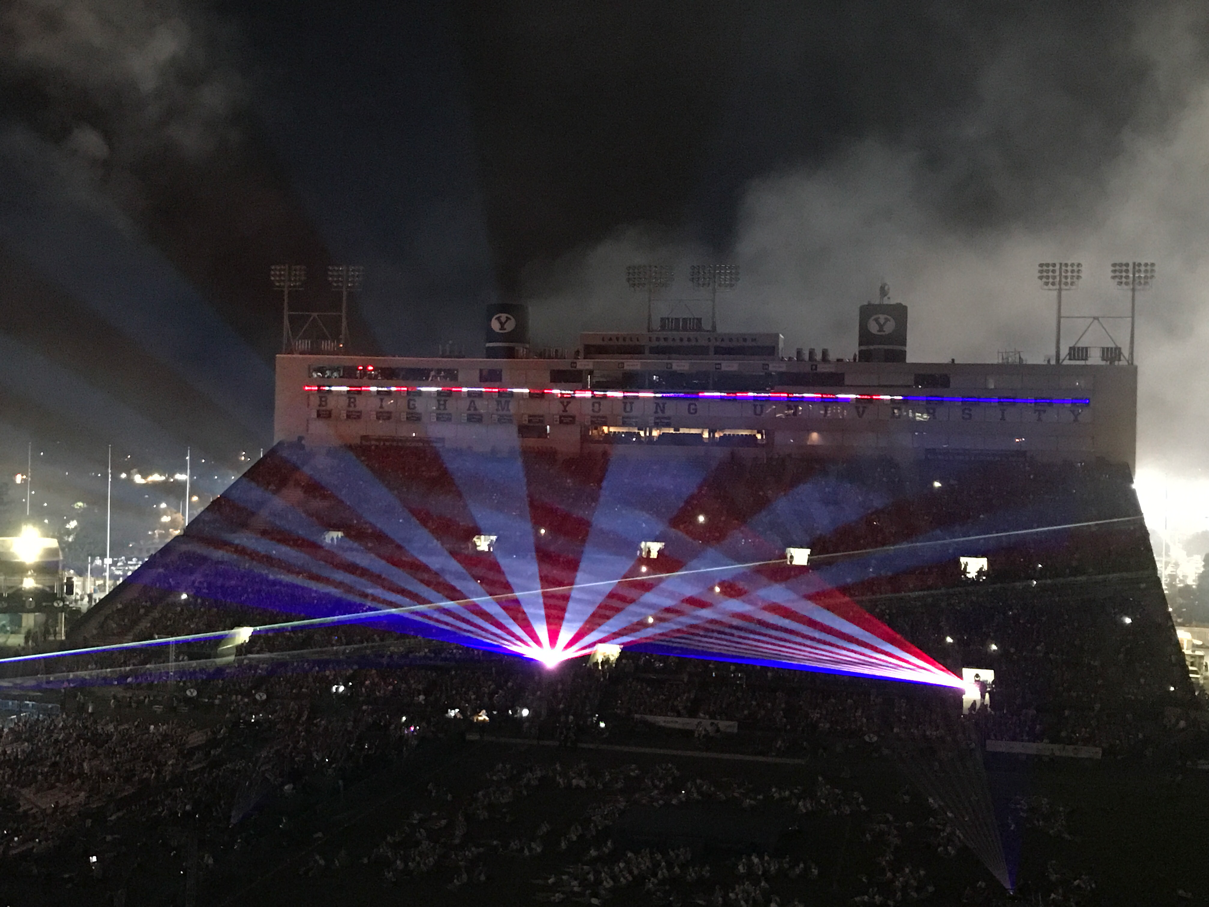 The show was great, but by the time we walked back to my sisters house (with extremely swollen gams) and got ready for bed it was 12:30 am. I can't remember the last time I stayed up that late, much less pregnant. It was kind of a rough night trying to sleep from there on out.
However, pregnancy-trying-to-ruin-my-life aside, it was a lot of fun. Next time I need to go when I know the songs of the performers better, but it was cool.
I came home this morning to freshly bathed girls who's amazing daddy was getting them ready for church. He took them to see Despicable Me 3 last night and had tons of fun with them. He really is a rare specimen. I love him lots.
We don't have any plans for the 4th of July. It's supposed to be super hot so I'm kind of playing it by ear. Or weather. But hopefully you have fun plans and get to enjoy the holiday! See you soon!
Posted by Megan and Cory at 5:59 PM