Pregnancy Update
My pain has been manageable. Yay! I'm still taking it really easy until I know for sure it's not going to get worse again. But now I've been fighting nausea and headaches as well as digestive distress. In short, I just haven't felt well the last few days. I'm going to give it a few more days and if it doesn't get better I'll call my doctor.
Speaking of, I met with my new doctor and I really like him. So I feel much better about this whole delivery thing. He did tell me to take extra iron supplements so I'm waiting to see if low iron is why I've been feeling crummy before I worry. I've definitely had more energy since I've started taking them, and that was only yesterday. Fingers crossed.
He's still moving a lot and I get to feel his feet with my hands quite frequently. Last night in the bath I felt an entire limb. It was cool! He sure is a twitchy little guy so it'll be interesting to see his movements outside of the womb.
I plan on taking nursery photos once we finish it, but here's some sneak peaks of things I've made and hung up recently. 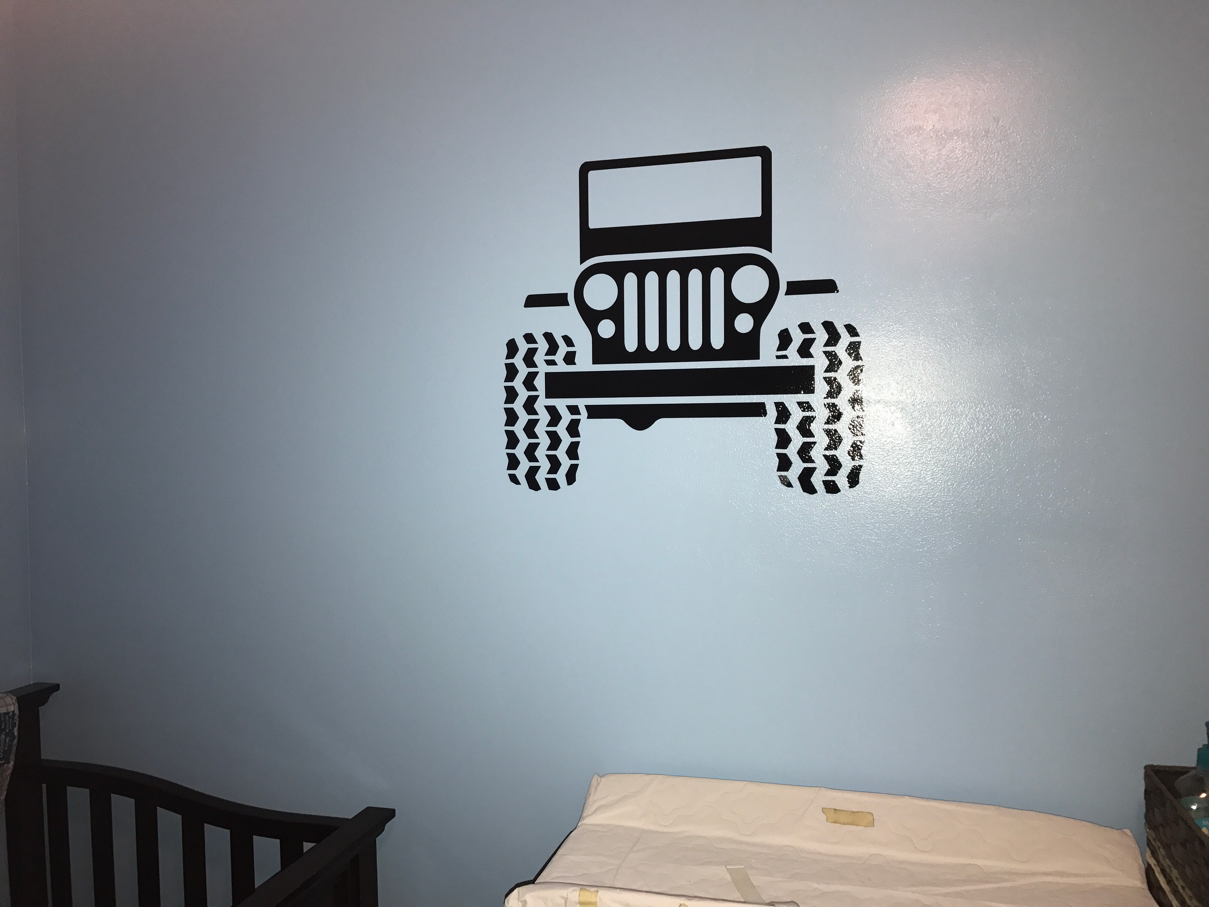 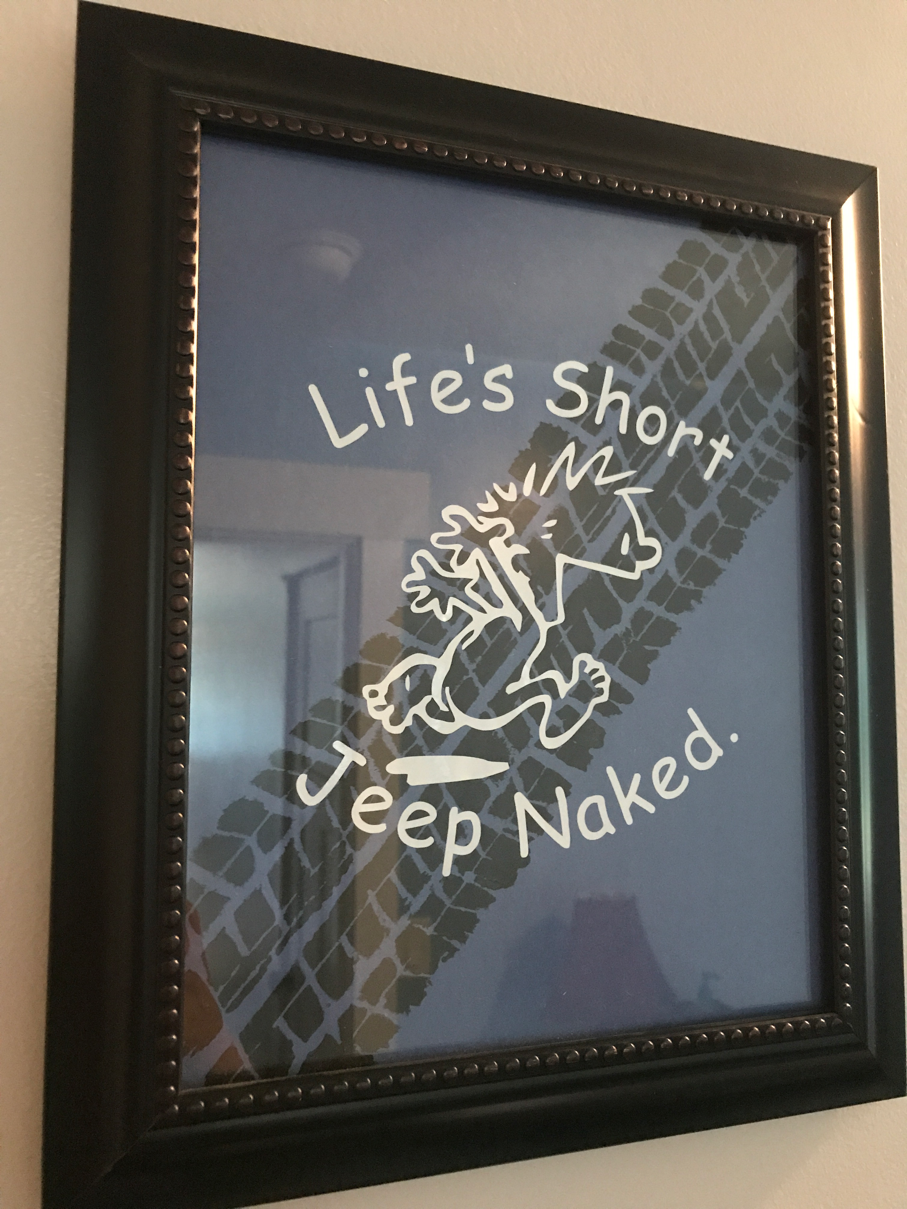 I originally wanted the room to be more Moab and Jeep themed, but that hasn't panned out. But, I do plan on adding some Moab flare and that's the last "decor" thing I need to take care of. We still need to touch up paint and get some window treatments in there. The window treatments are first on the priority list. Privacy is kind of important.
Life Update
It occurred to me after we stepped foot in Walmart and saw all the back-to-school supplies that school starts in less than 4 weeks. What the crap?! How did that sneak up on me so fast? I haven't even considered that we might need to start doing some school-shopping soon.
We picked up a lunch box for Kennedy since she will now be at school all day!!! She was sooooo excited!!! 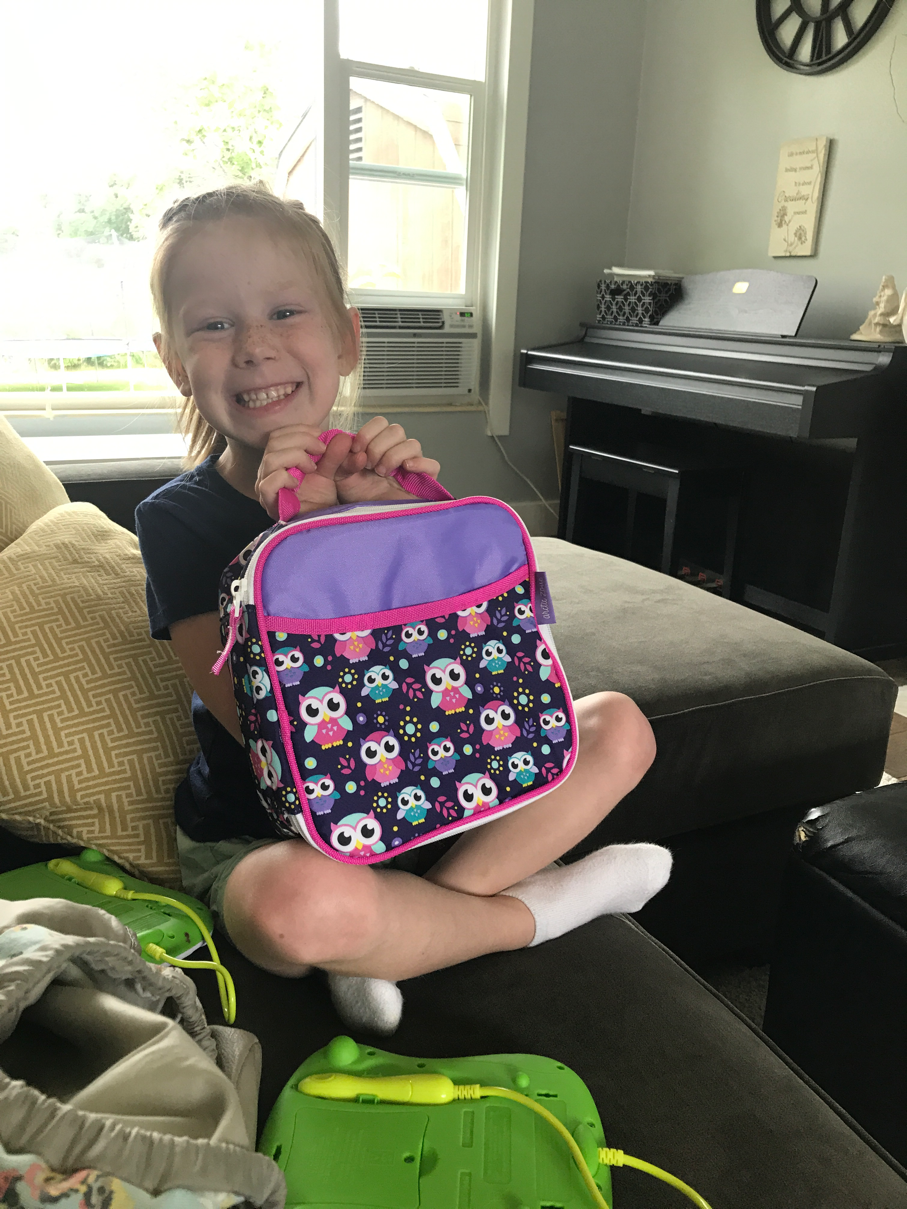 And we got to see who her teacher will be. According to staff I know, she got the best of the best. I hope she has an amazing year! But seeing her listed as grade one literally made me cry. I'm going to miss her so much it hurts. 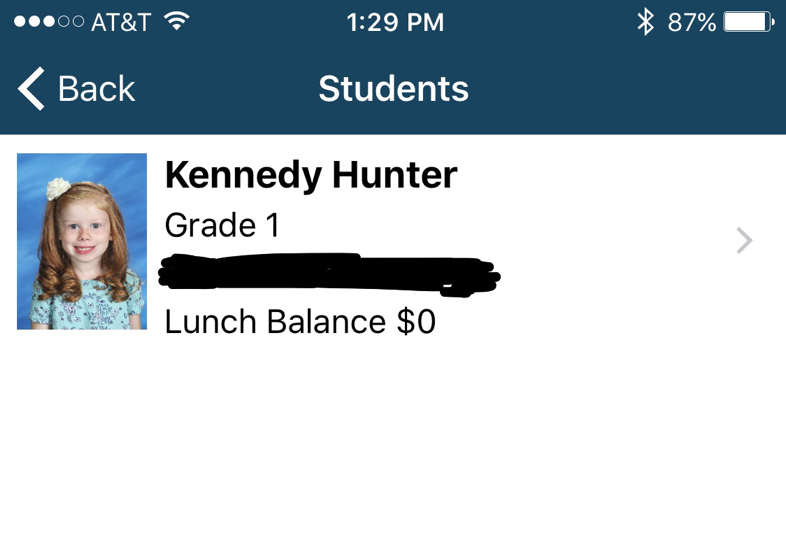 She has always been my amazing helper and she never complains about it. Although lately I will ask Kennedy to help me with something and Brynlie tries to do it first, so maybe B will step up and I won't be without a wingman.
Getting them to bed lately though has been a CHALLENGE!! I don't know if it's because it's not fully dark or they just enjoy torturing me, but most of the time they won't fall asleep for at least an hour and a half after we put them to bed. And that time isn't without interruptions. I saw this the other day and laughed because it's truer than true. 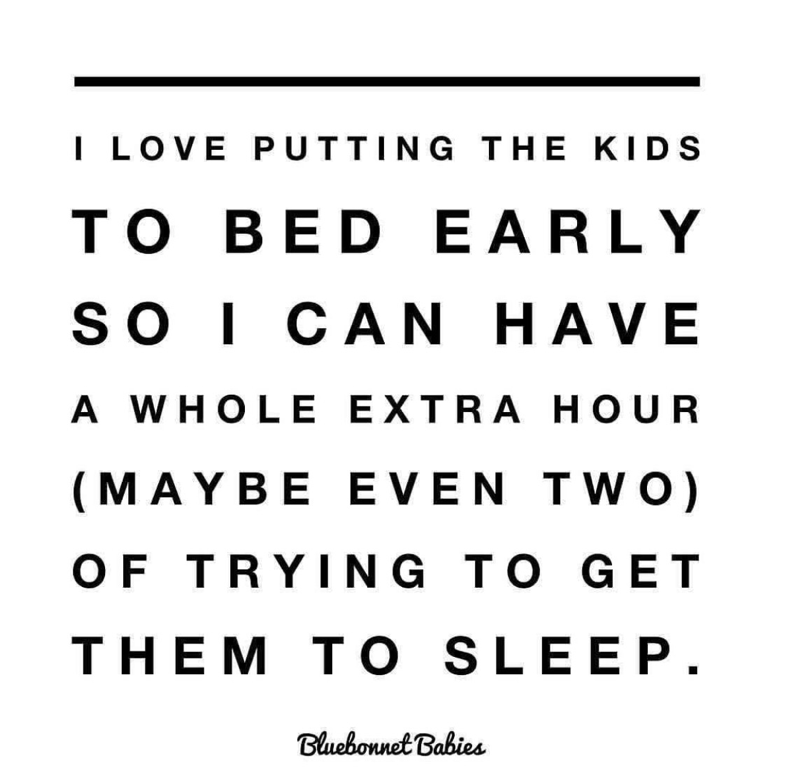 I keep mentioning how bad I feel that my kids summer has sucked. This week especially has been extra lame due to me resting as much as possible. In fact Kennedy talked to my mom on the phone today and my mom asked her if they've had a fun week and she said, "uh...." and then trailed off like she didn't dare say anything more.
But I've tried to let them be messier than normal and play with more things I usually feel need supervision just so they don't plot my murder to escape their boredom. 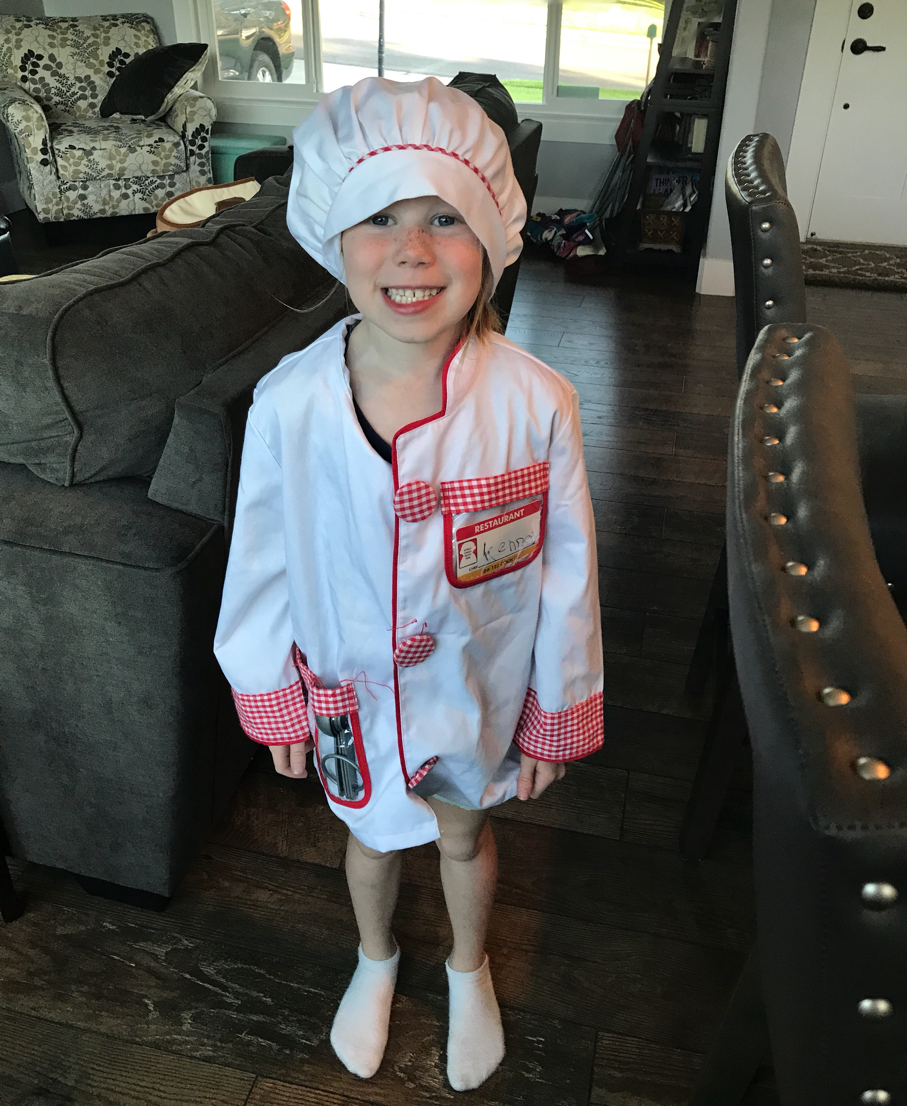 In fact, today, between loads of laundry, I gave them little pedicures. They LOVED it!! Can you believe she's 3 and still fits perfectly in the Bumbo? It was her styling chair. I weighed her at the gym the other day and she only weighs 28lbs. she's a string bean! 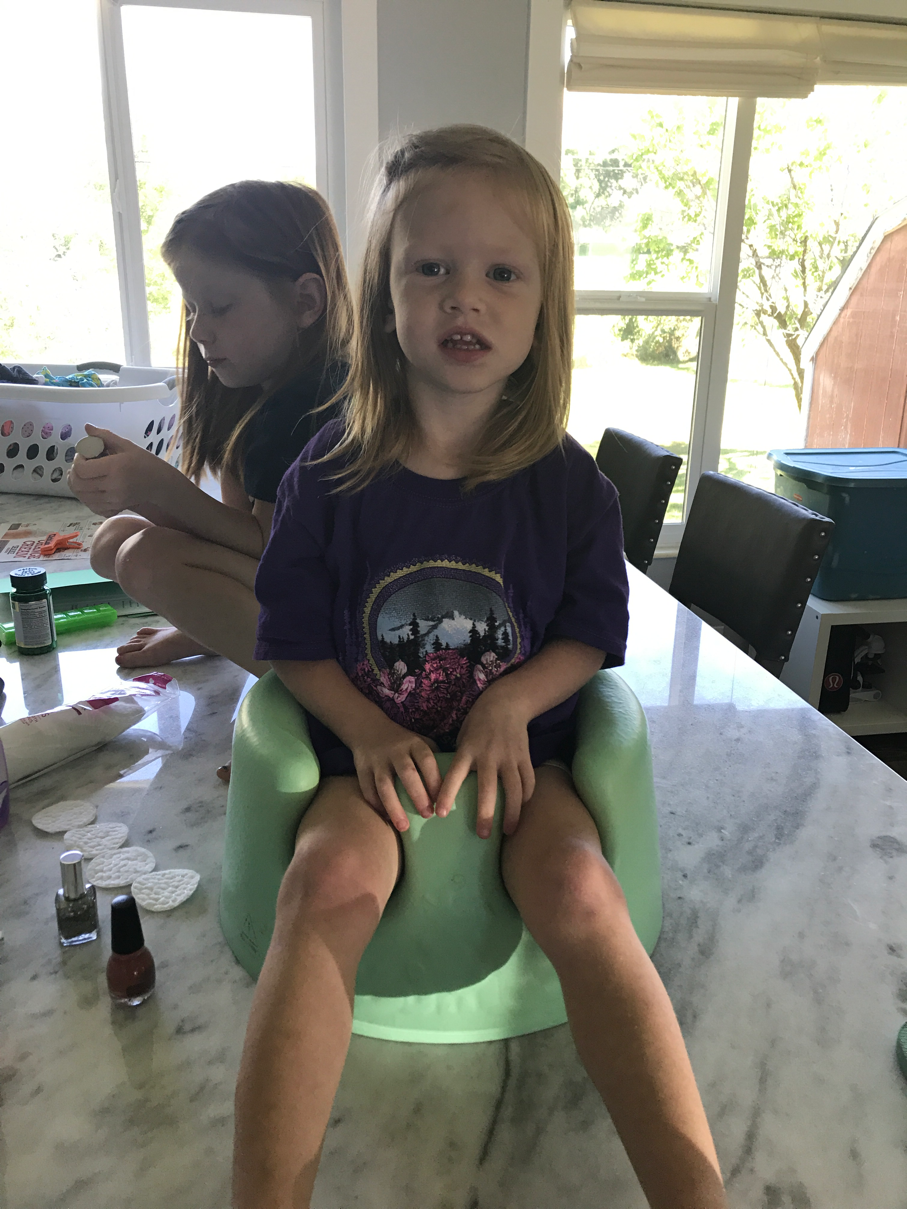 They both held very still and were fun little "clients". It was the only time I've ever clipped their toe nails without them complaining. 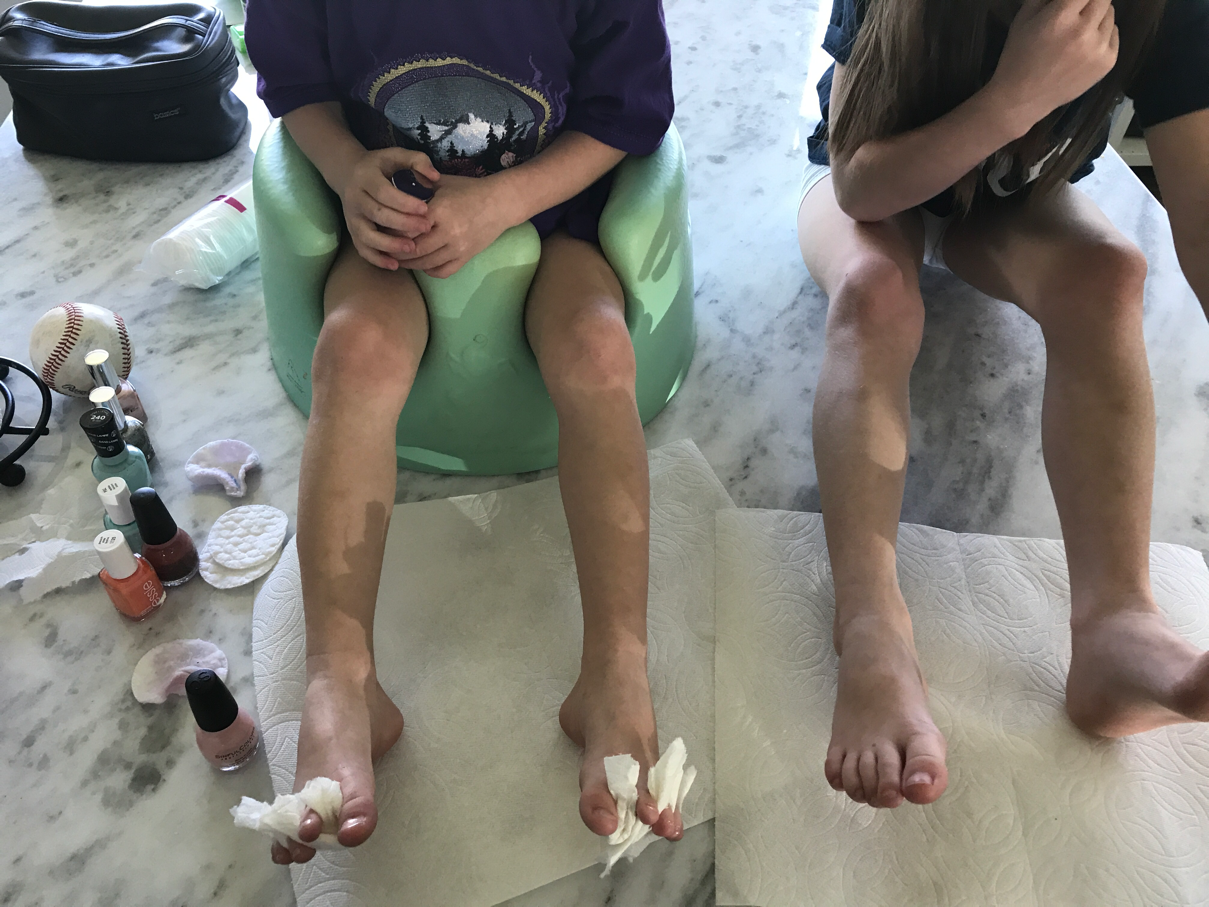 We have recently discovered that we all enjoy watching American Ninja Warrior together. Kennedy has always been proud of how strong she is and keeps working hard to learn new things, so it's right up her alley. Sometimes she does pull ups in her room off her bunk bed. Today she was doing push ups, on her feet, and touching her nose to the ground every time! And she's also been trying to walk on her hands but she doesn't quite have it yet. She really is a tough little monkey and I 100% encourage her to keep working hard and trying new things. I love that she wants to be strong and love what her body is capable of doing.
Brynlie has recently started to mimick her, so I love that she's enthralled in the show as well. Today I turned it on and she came running in the room, gasped really loud and screamed, "I LOVE this show!!" It was super adorable. All 3 of us sat and watched it for longer than I care to admit. K gets really invested in their personal stories, too, and gets so disappointed if they don't make it. She's like a man watching football with how much she yells encouragement at the TV.
Once I shut it off the girls started making obstacle courses out of the furniture... I'm going to need to be careful about them copying what they see on tv. Then they both wanted to show me their "strong pose".
First was Kennedy. 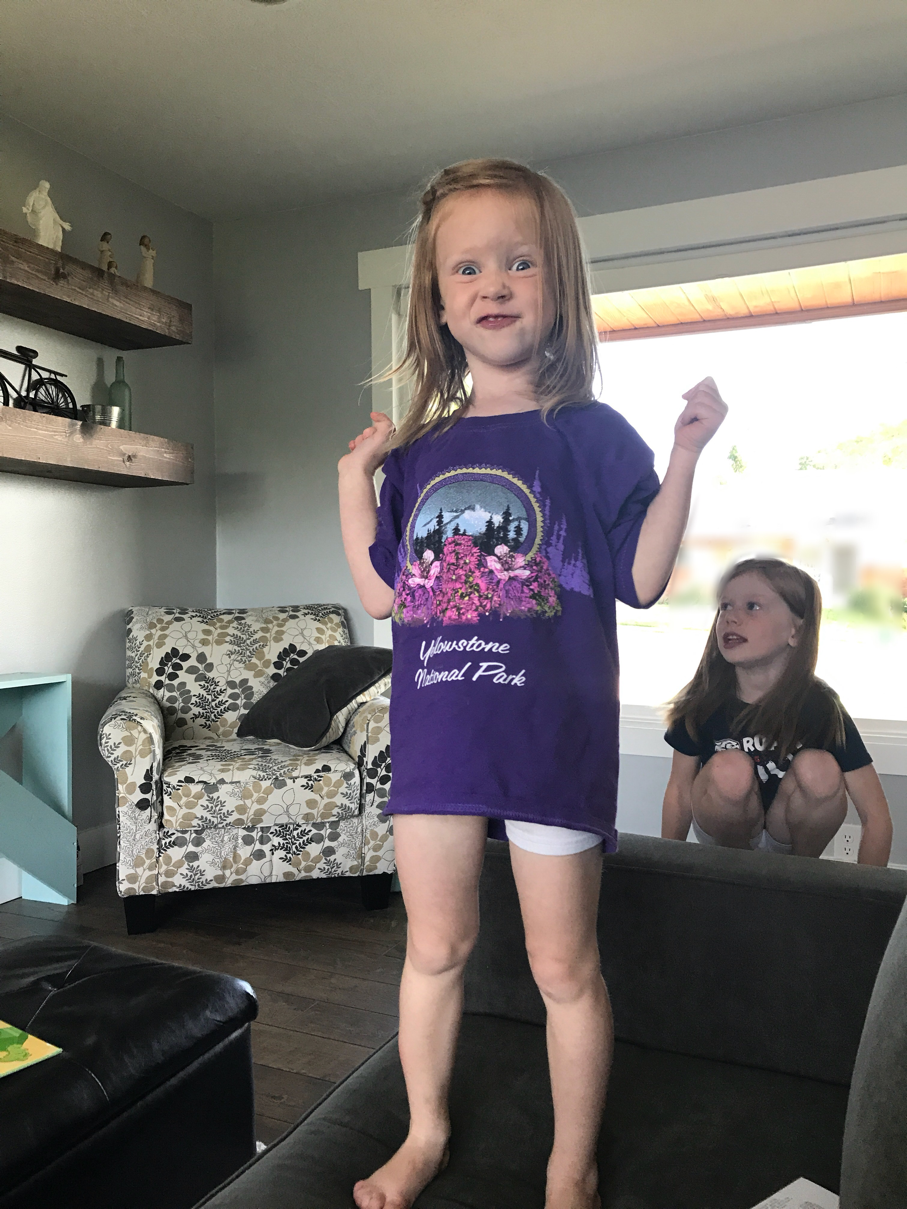 Her face!!! I die laughing every time I look at this picture. I need to blow it up and stick it on the wall during delivery so I can be inspired to stay strong hahaha. Oh man, she cracks me up.
Well that's all for today. A boring post for a boring week. But, August has a lot of things coming up so hopefully I'll have more to talk about as the month unfolds. See you soon!
Posted by Megan and Cory at 9:53 PM