I get asked a lot how I'm feeling these days. This should sum it up.

I'm not really joking when I say I feel like I've been pregnant for 3 years. It literally feels like that. And I feel like I have another year to go. Time isn't passing in a way that mathematically makes sense. I swear at the beginning of July I had 8 weeks left. Now it's July 18th and I still have 8 weeks left. How on earth does that happen?! This last end stretch of pregnancy is pure torture.
I have a lot of pictures of my kids to share with you because they're pretty much all I interact with these days. A few weeks ago Cory's parents took the girls to the aquarium for the day. They had so much fun! Cory and I planned to finish painting the nursery while they were gone. It didn't happen, but it is mostly done now. No pictures yet because the stupid tape ripped off a ton of paint when we pulled it up so we have a lot of touch ups to do. It made me swear. I'll admit it. But we did get this up! Cory has never been so eager to help me hang up anything before. It took maybe 5 minutes but after it was up we both just stood back looking at it and smiling. A boy. It's so weird!
I'm on bi-weekly checkups now and they're always the same. "How are you feeling? Any contractions? Any heartburn? Still feeling him move around a lot? See you in two weeks." But at my last appointment we discovered a kids workout video on the patient room tablet and the girls got a major kick out of it while we waited. 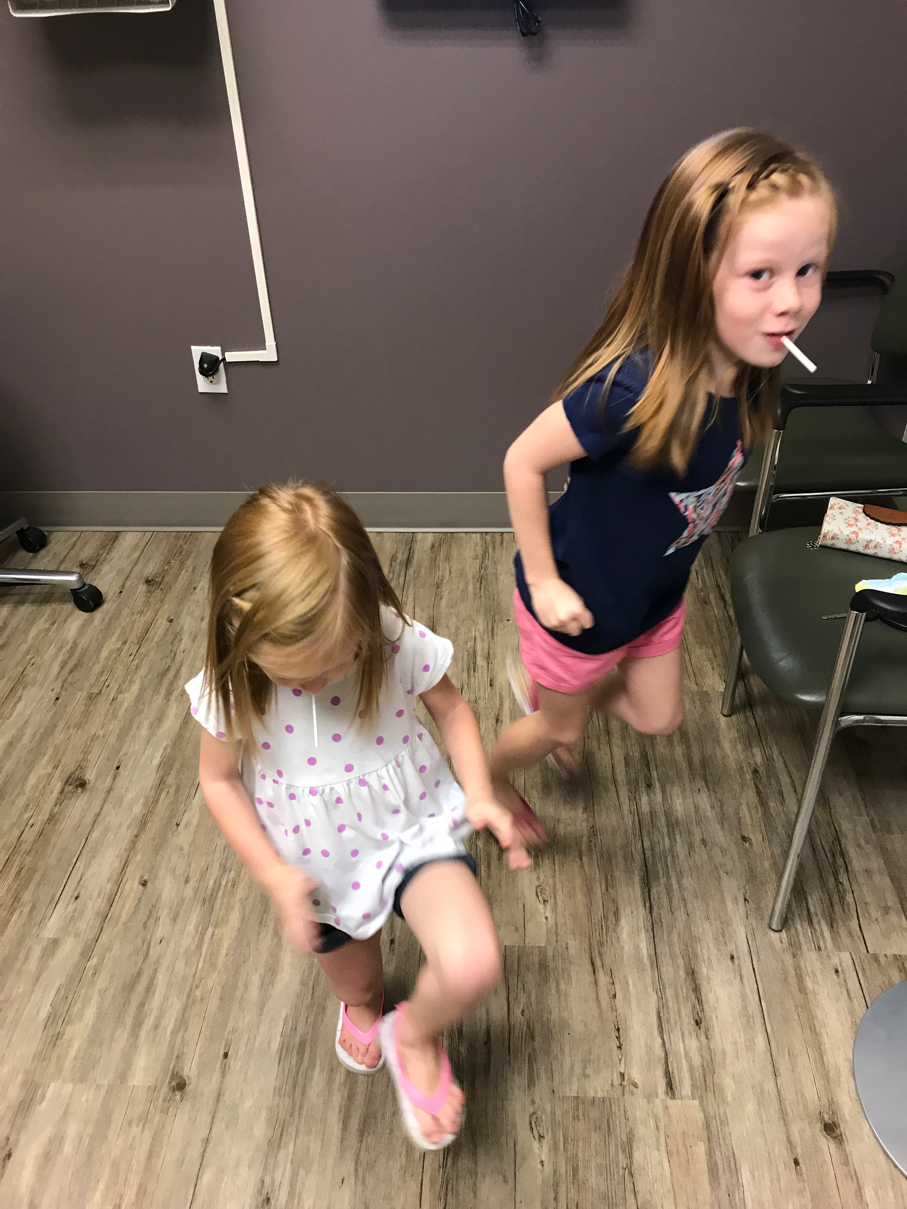 They have been both really challenging lately and really helpful. I think they're just bored. They're having the lamest summer. But there's not much I can do to change that.
One thing I have appreciated is each morning they go get their own milk cups and cuddle together in their own beds and watch kids YouTube until I get up, which hasn't been as early as usual lately. I have some guilt in the back of my brain somewhere, but mostly I've been living it up cause I know my days of sleeping in are limited. Even before the babe comes we have to get back into the routine of waking up at 7:30 for school. But in the meantime, I've loved and needed the extra zzzz's. And they get along so well first thing in the morning, usually. We left the house in the 100+ degree heat the other day to go get a diaper genie from Babies R Us. It was the highlight of their week. See? Worst. Summer. Ever. 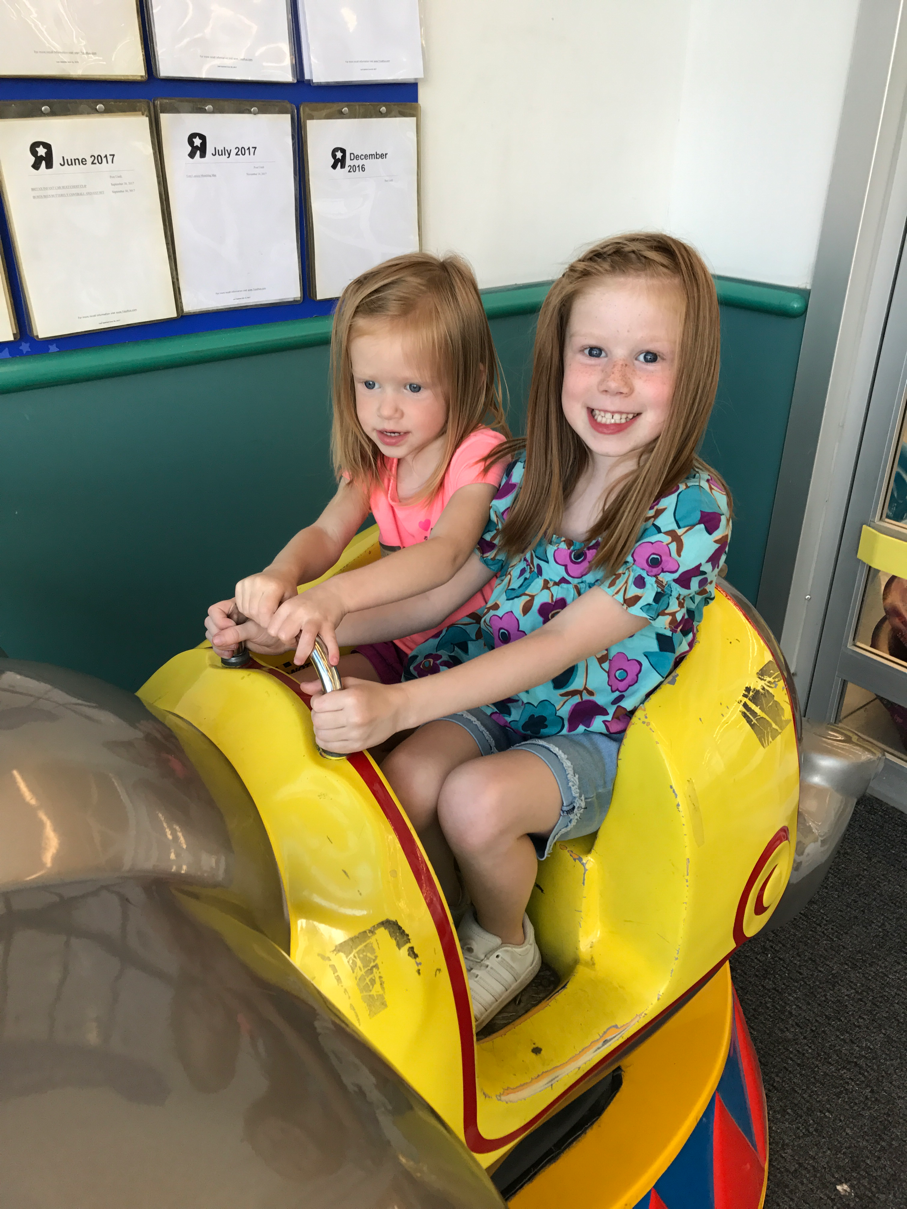 Even the fan at the gym is more fun than Mom is these days haha. 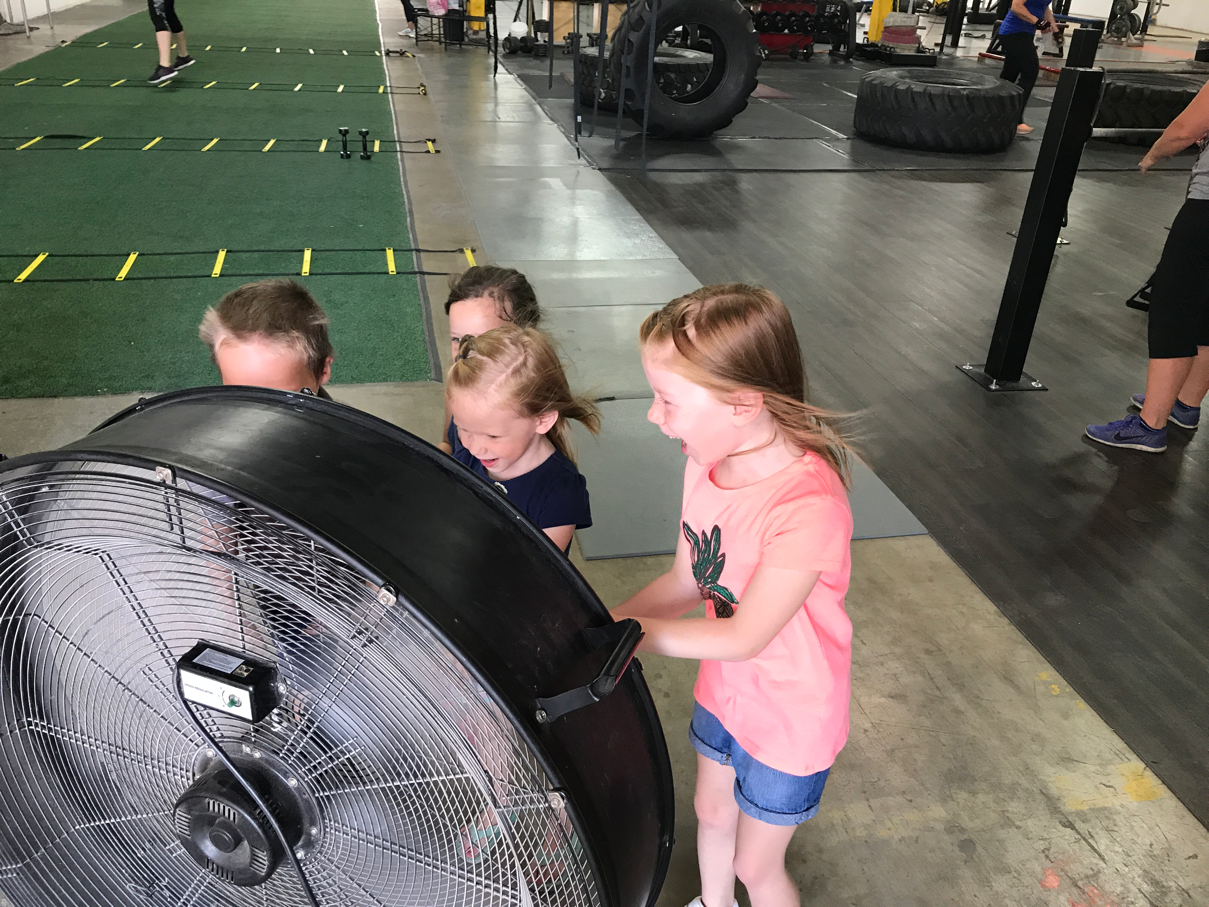 At least we get to go swimming every now and then. If I had access to a free pool, we would go every single day.
And speaking of fans, I keep freezing them out in the car with the AC. I don't even feel bad about it. On our Diaper Genie excursion we discovered that the Babies R Us was part of a Toy's R Us as well... so you can imagine how much "fun" that was for me trying to get in and out quickly with just the one item we needed haha. We did pass a $10 kit to make your own necklaces and bracelets and I figured that was a good at home activity they would enjoy. 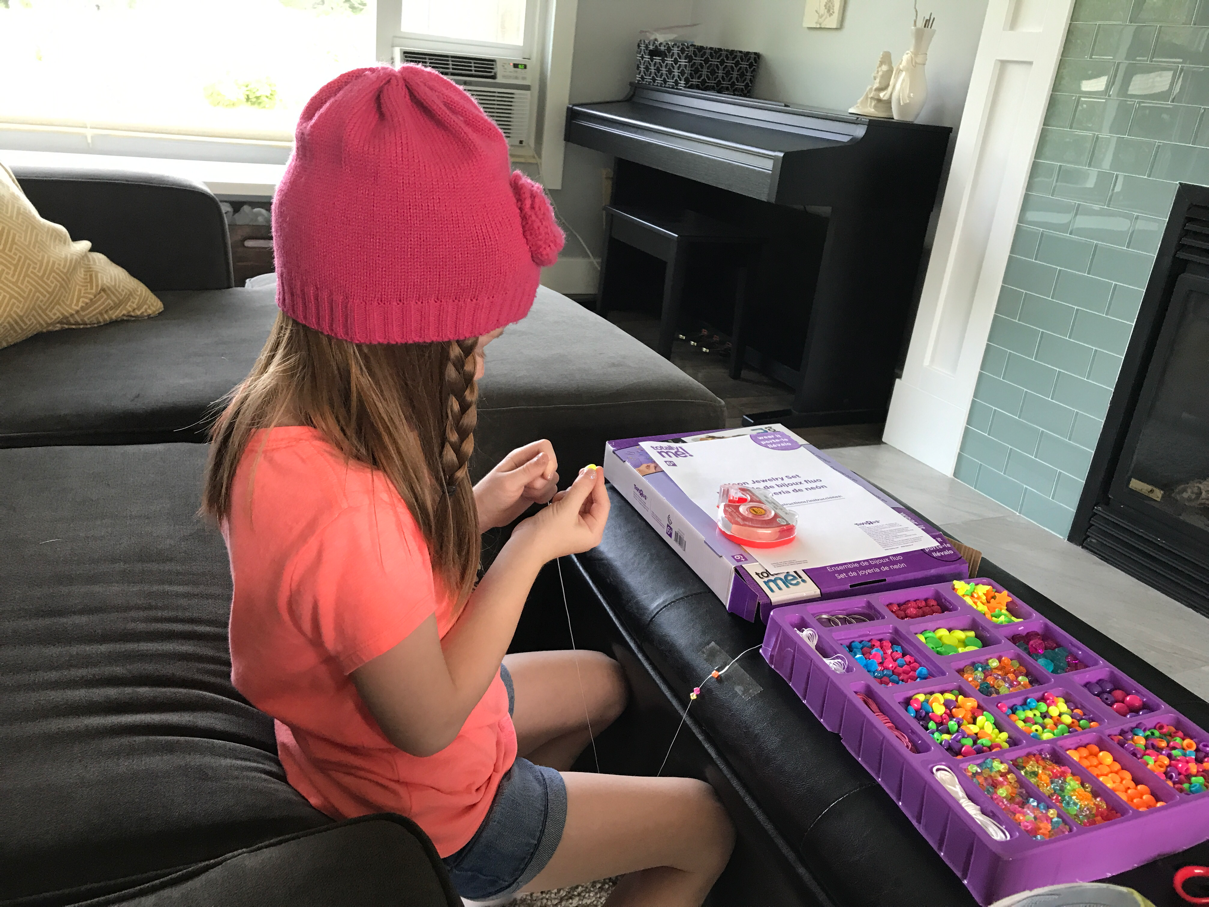 Kennedy got right to work and made me a necklace first thing. Brynlie broke it within 24 hours.
Even though it's disgustingly hot, I've been trying to enjoy a bubble bath as many nights as I can. Just like swimming, it's the only time I don't feel that pregnant and the warm water helps ease a lot of the pain and discomfort I'm feeling.
I was looking at our wedding photos the other day and couldn't stop smiling at how freaking happy Cory looks in every single picture. 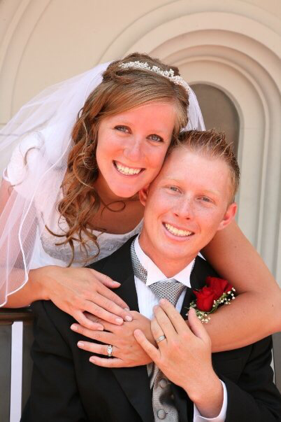 That really was such a fantastic day. I love the twinkle in his eyes! 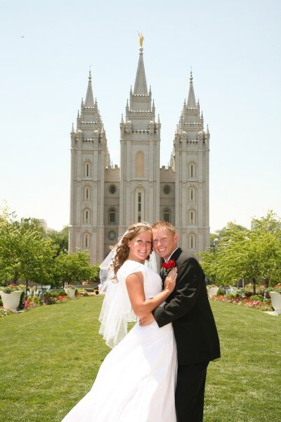 For months now Kennedy has been begging to take the drive up to the "big balls" (feel free to giggle if you're immature like us) aka, the observatories at the top of Farmington Peak. Saturday we decided it was a good idea. We took the really long way though, up Skyline Drive in Bountiful and all the way to the peak. It took a few hours but it was fun, except being bounced around on the dirt roads got pretty painful. I love the view at the top! 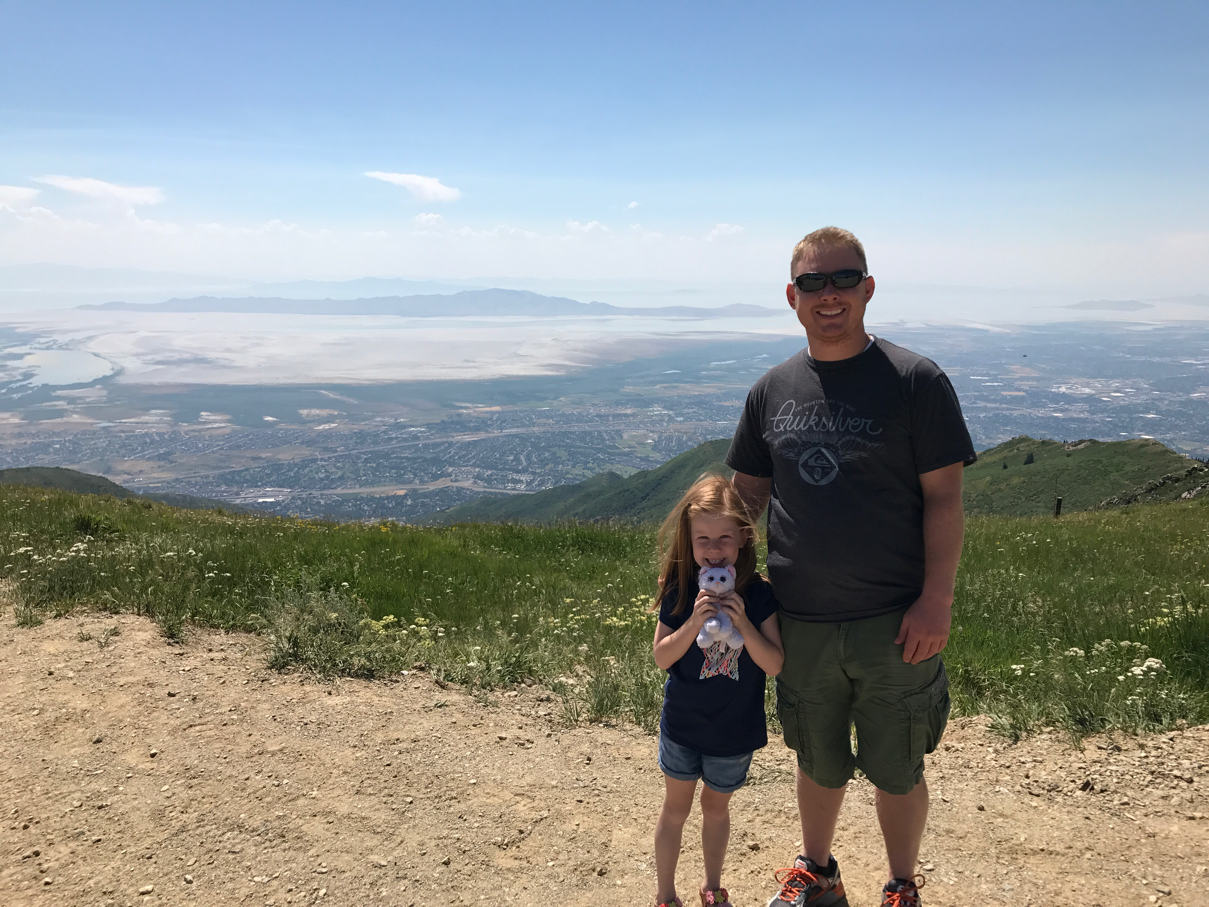 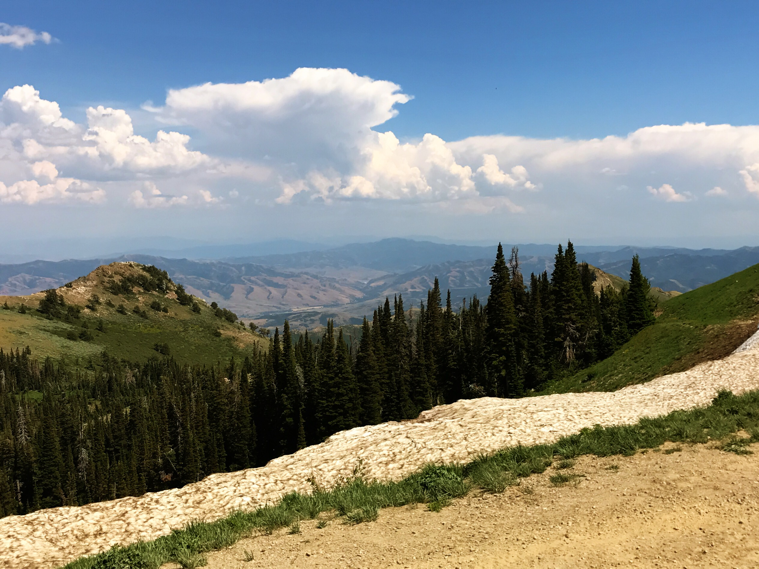 There was even still quite a bit of snow which all three of my children quickly took advantage of. 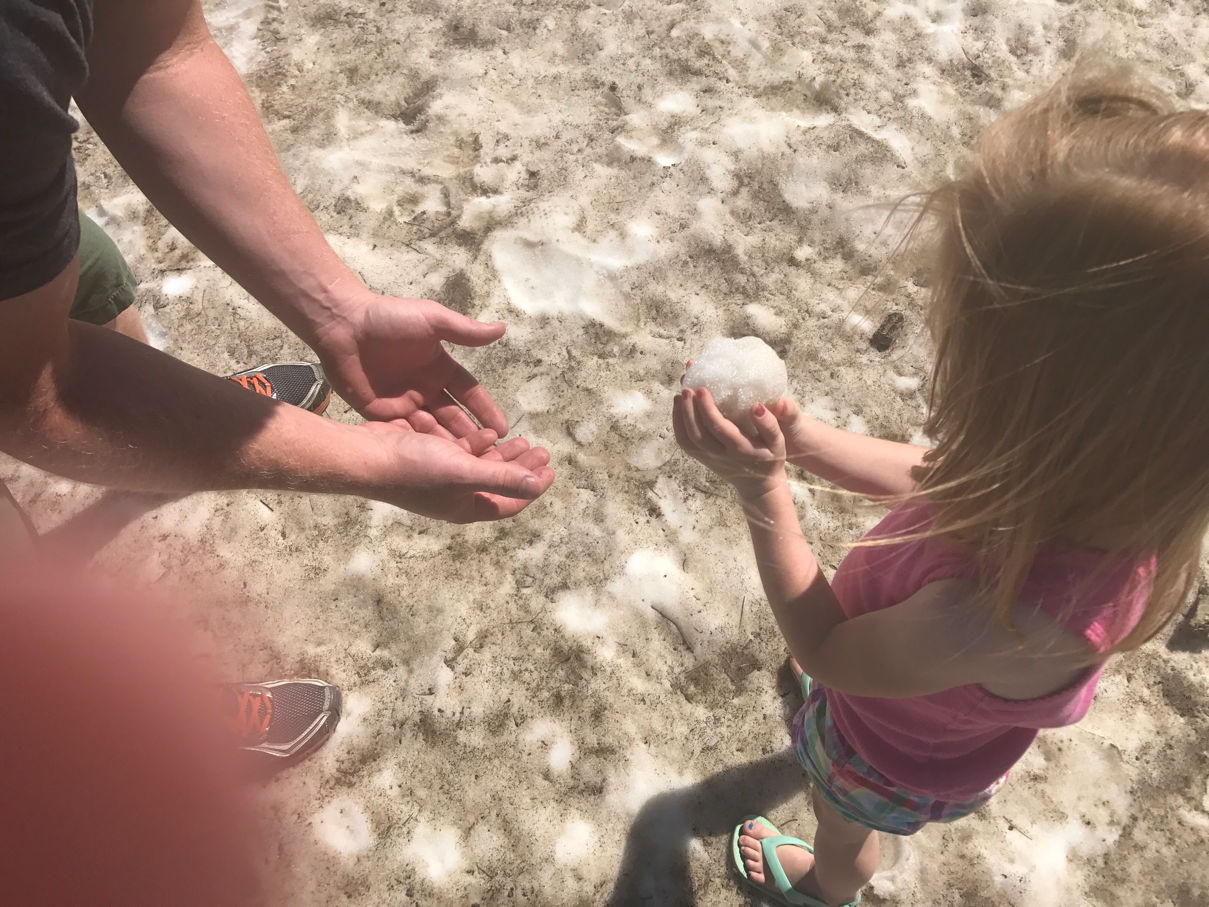 But then at one point I guess Kennedy started throwing rocks and accidentally nailed Brynlie right in the back of the head! We both heard a hollow, gross sounding "thunk" and then Brynlie screamed "ow!" and started crying. Kennedy has a naturally good arm, so she hit her pretty darn hard. Blood started pouring from her head and Cory started to freak out. He picked her up and ran back to the car with Brynlie screaming and blood dripping everywhere. 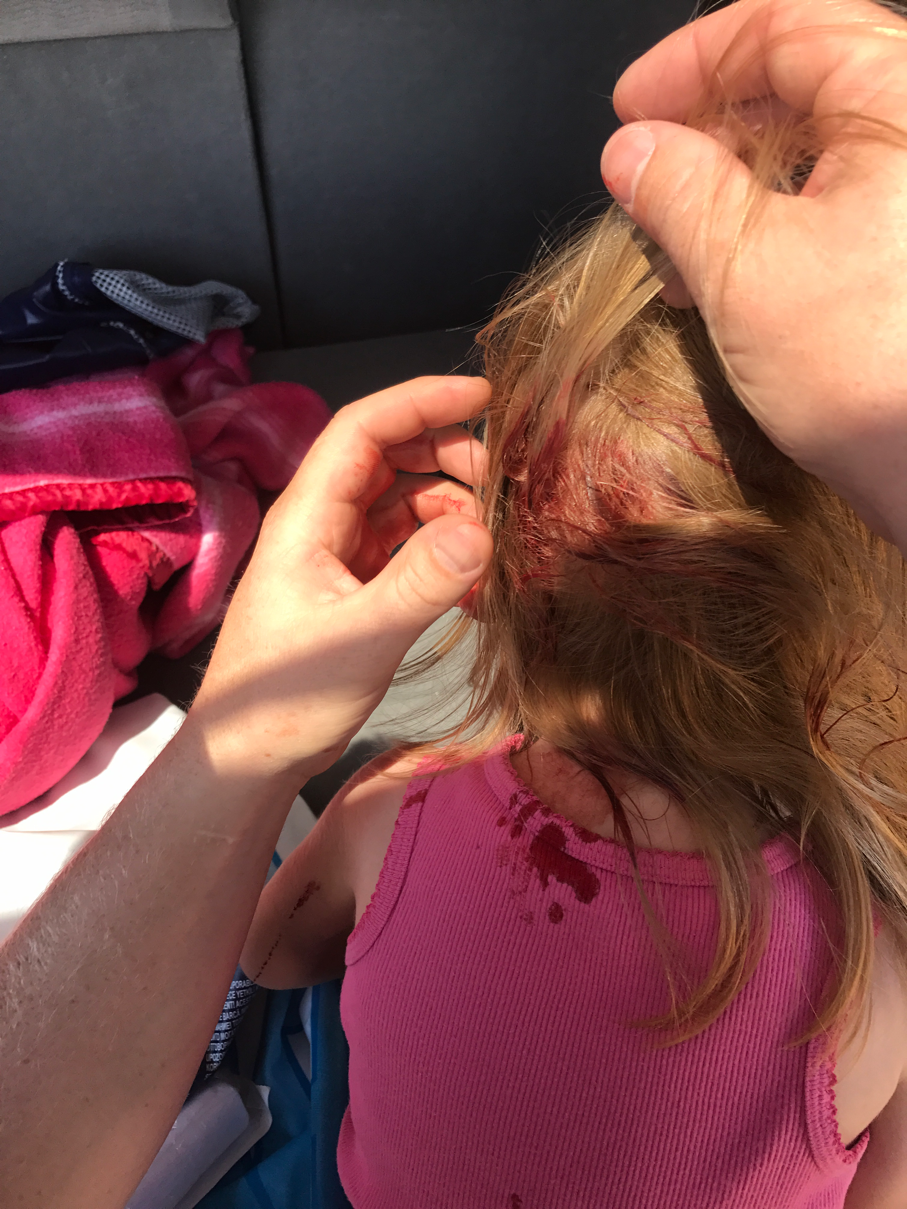 I tried to waddle after him to tell him that head wounds bleed worse than anything else but he was too fast. Luckily we have a first aid kit in the car and we were able to get the bleeding stopped. She didn't need stitches thank goodness, but she does have a pretty large bump on her head where it happened. 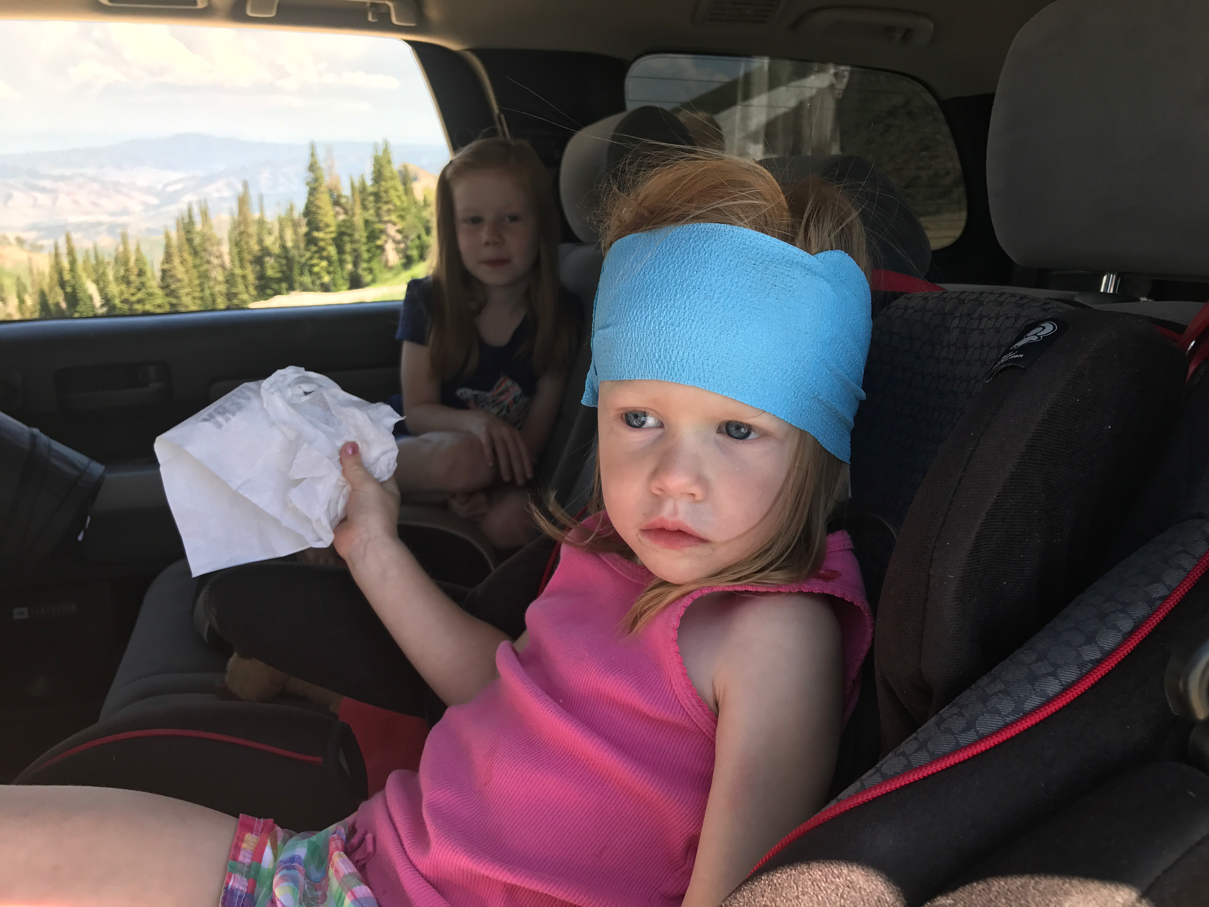 Kennedy felt terrible and kept saying "I said I was sorry!" We told her we knew it was an accident but that's why we've always told her not to throw rocks when people are around. Maybe now she will get the point?
We were able to go swimming yesterday and decided to take Kennedy's floaties off and teach her how to swim. We've never gotten around to swim lessons so we figured it's up to us. Within 10 minutes she was doggy paddling on her own and can now float on her back! Cory also taught her how to breathe out her nose so water doesn't go up it. And did I mention it took my mom showing her ONE time how to tie her shoes and she got it? She is so smart when it comes to hands on things.
Well friends, I've gotta go peel potatoes for dinner. Most of our dinners these days have been processed, easy to throw from the freezer to the oven kind of meals. Tonight I'm actually making real food. Wish me luck.
See you soon!
Posted by Megan and Cory at 5:18 PM