Whoa, what a week!


January gets a big middle finger from me. It's definitely my least favorite month. February sucks, too, but at least there's a holiday with an excuse for a steak dinner in there. And maybe some cheesecake.


This January has been particularly bad. I think the sun has shone... once? Can you say depression?We've also had totally crazy weather. We got dumped on with snow, then it froze, then we got tons of rain that melted the 2 feet of snow in a single day. Wanna know what happens when 2 feet of snow melts in a day along with lots of rain? This. This happens. 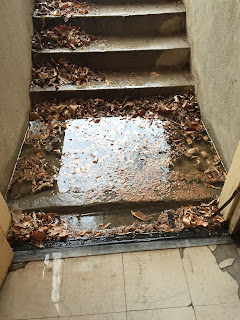 We had water coming in our basement for days. Days, guys! Sometime we will have to address all the flooding issues down there, but for now we need to finish the upstairs first. But, until then, after we move in, we'll have an indoor swimming pool at our disposal whenever it rains hard.


Cory and I started watching this last week and got completely hooked. 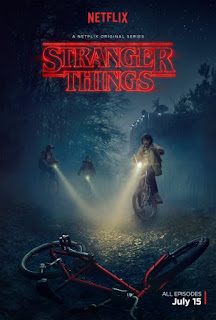 We flew through all 8 episodes. I'm not even into sci-fi that much and I loved it! I can't wait for more seasons to come out. If you have Netflix, watch it! Just not alone at night.


Fish tacos the other night. I just thought the fish looked super delish. And it was. 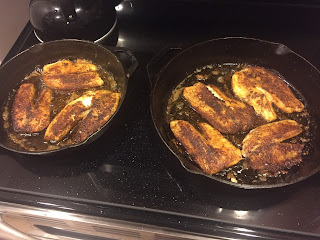 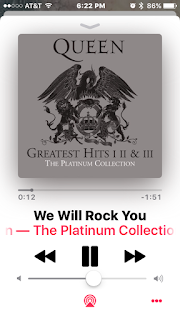 We've listened to it over and over and over. I showed her Bohemian Rhapsody the other day on the way to school and she was giggling super hard at the middle part. Next time I plan on teaching her how to head bang to it. 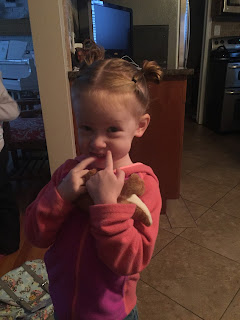 Her hair is finally long enough for her cute pig tails again. I forgot how long they take to do though. But she is basically the cutest thing ever.


Living in the car all week... wishing I was napping... 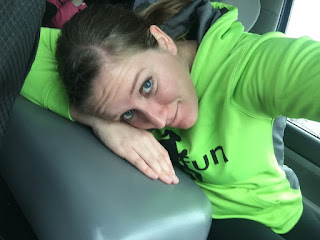 Brynlie and I went into Famous Footwear the other day to kill time before picking Kennedy up from school. They are having a BOGO 50% off their clearance shoes. I found these for the girls for summer and got them both for $12!! That's $12 total, not $12 each. Score!!! 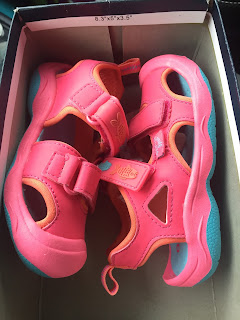 This week we also went to lunch with Hillary. El Matador in Bountiful is definitely a favorite of ours. The Baja Fish Tacos are hands down my fave tacos in the universe. Sooooo good!! Kennedy is also really into flashing gang signs now apparently. 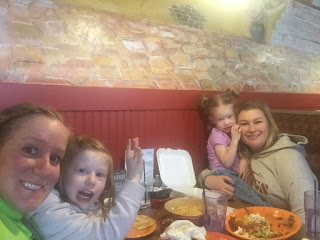 After we ate Hillary took both girls to hang out with her for a few hours. Brynlie usually doesn't get to go on these outings and when she found out she got to go too, I thought she was going to rupture something from all the excitement. I got to spend 4 hours in total silence, did some online shopping (I needed a new razor...nothing that exciting) and took a nap. It was heaven. 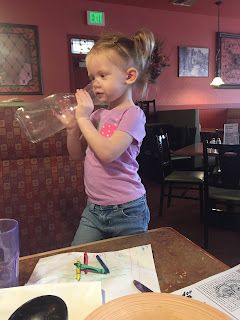 A blind mans self-served plate. Not being able to see has some advantages I guess. Although the green beans in the potatoes grosses me out. 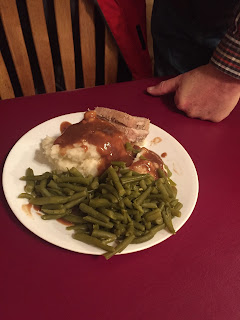 Her best Julie Andrews from the Sound of Music impression. 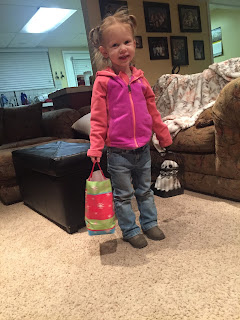 She has also spent at least an hour every day playing with this Little People house she got for Christmas. She never sits still that long. My mom hit the nail on the head with this gift. 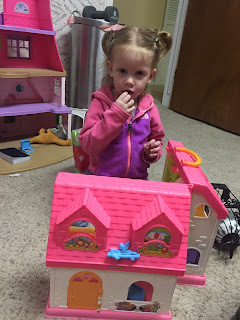 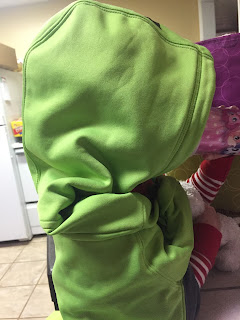 And some more house progress...


The fireplace moldings are done and almost ready to paint. There's just a couple spots that still need to be caulked and then its ready! 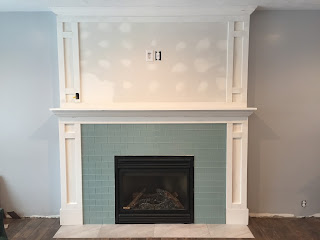 We got the door on our pull-out garbage. 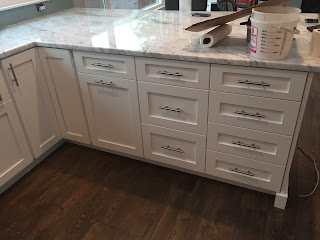 Cory installed the dishwasher and the faucet. We finally have running water!!! I also tiled the back splash today. I still need to grout, but it looks awesome. 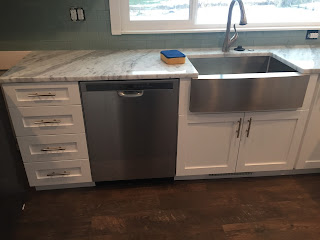 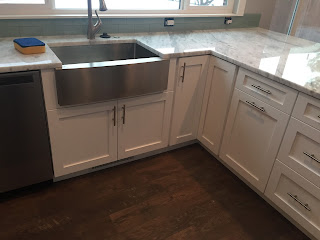 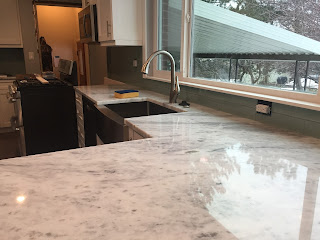 Some other items of note this week:

I can't tell you how excited I am for this long weekend. Christmas break spoiled me with not having to be anywhere at a certain time all day long. Hopefully you are doing something fun and spending time with your families.