This perfectly sums up my mood lately: 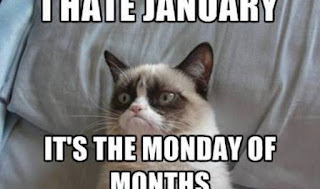 I'm sure I've mentioned this before but winter excites me until about this time of year... then it gets depressing.


We have had some crazy weather lately, too! We've been dumped on with snow, then the temperatures dipped to below freezing, and now we're supposed to have freezing rain today and then just rain tomorrow. Then more snow. Then rain. No possibility of sunshine or happiness or dreams coming true at all in the forecast. Oh Utah... you annoy me sometimes.


And yes, I'll be one of those people complaining about the heat in the summer, too. That's how I roll.


Yesterday Cory's parents took the girls to the Living Planet Aquarium so we could get some work done on the house. We haven't been to the new one yet, so I was super jealous they got to go. It sounded like they had a lot of fun. His parents won an annual family pass so they get to go with their grandparents all year long! Lucky kiddies! 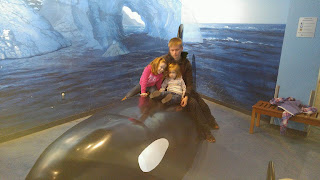 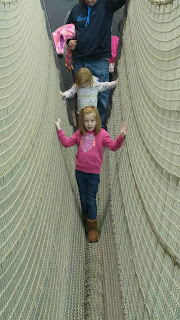 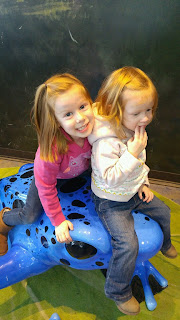 Meanwhile, Cory's brother came and helped us tile the shower. It literally took hours for them to get the tile around the shelves cut and put up. It was a lot of measuring, cutting, and fitting.  But they did a great job. We didn't finish like I'd hoped, but that's alright. The hardest part is over with so the rest should go quickly. 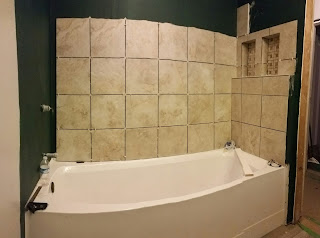 I can't wait until that nasty green waterproofing stuff is totally covered up!


I spent the morning on the kitchen back splash. I wanted to get the whole kitchen done but we only had one tiling trowel and we needed it in the bathroom, so I had to stop once I finished this section. Never did it occur to any one of us to take 10 minutes and run to Lowe's and get another one... Hindsight. 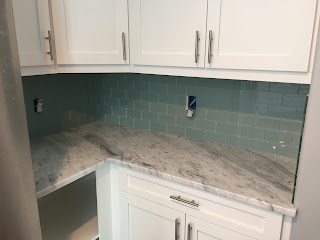 
This morning the girls went sneaking off and were too quiet for a few minutes. They finally revealed their naughty doings and Kennedy exclaimed, "We're going to play a really fun game!" 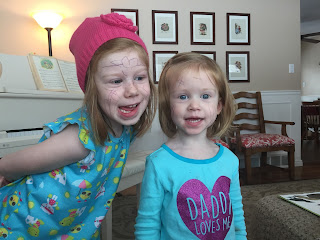 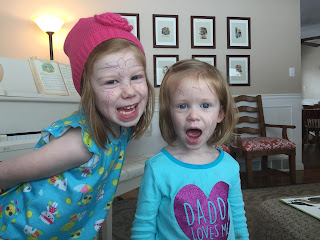 Now Mommy gets to play a really fun game of scrubbing the crap out of their faces to get the pen off. I wonder if they'll do this again after they experience that?


I've been in a weird, moody funk the last few weeks. I'm blaming the weather and the stressors in my life at the moment. But I keep having those moments where I feel guilty for not doing enough or being enough. I've been body-shaming myself and agonizing over how much I want to keep eating clean but we just can't afford it right now. I got angry this morning and purged my closet of most of the clothes that don't fit me anymore and threw them in a DI bag. I'm losing hope. Badly. I'm angry at my body.


I'm really stressed out about our finances. Remodeling a house ain't cheap and it's the one thing we fight about the most.


I'm feeling like a terrible mother and like I'm really struggling to keep our family happy and healthy. Cory and I are definitely at the end of our ropes and I think the kids are, too. They're bored, they're sick of being indoors, and they're sick of us always being busy not doing anything fun. We're bored, we're sick of the house hanging over our heads, and we're sick of not having a place of our own.


Life is tough. And the winter blues aren't helping anything. I know this is a phase. I know this is a trying time in our lives and it wont last forever. I know someday Kennedy will stop cleaning us out of bandaids every time she notices a spot on her body that is slightly discolored. It's just one of those months. Or a few of them in a row. We'll get through this. Right?


I hope your January is going a bit better. If it's not, we can lean on each other until the storm passes. This too shall pass.