Well, hello there! I'm giving myself a big 'ol pat on the back for surviving this Saturday. Do you ever wake up in those moods where you just wanna get s*** done? That was me today. I had so many things I wanted to do I had to write them down so I didn't forget. And I didn't even get to half of them.
I planned on getting up early to get a run in before the girls woke up but that didn't happen. I should have. I definitely would have gotten more done. And probably could have done the whole 6 miles I planned on. But.... I'm not that logical at 6 a.m. on a Saturday. So hit snooze.
I got the girls up and put on a show for them thinking I could get in an hour. After a few interruptions and having to hit pause several times, my hour went by faster than I expected and I only got in 5. But I'm happy with it. Nice and easy pace. 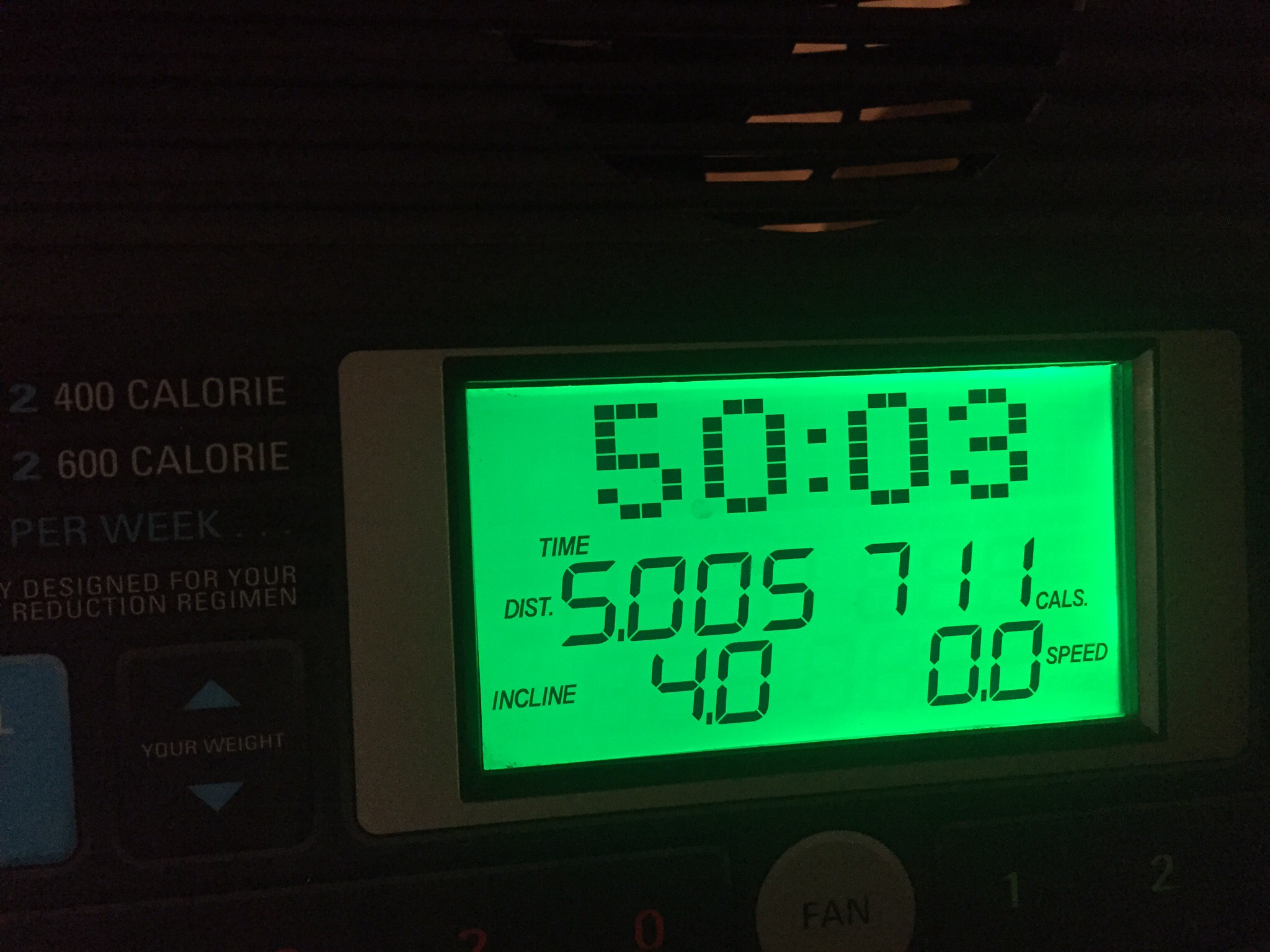 And this is what happens when I try and run when both girls are awake. It was worse than the picture looks: 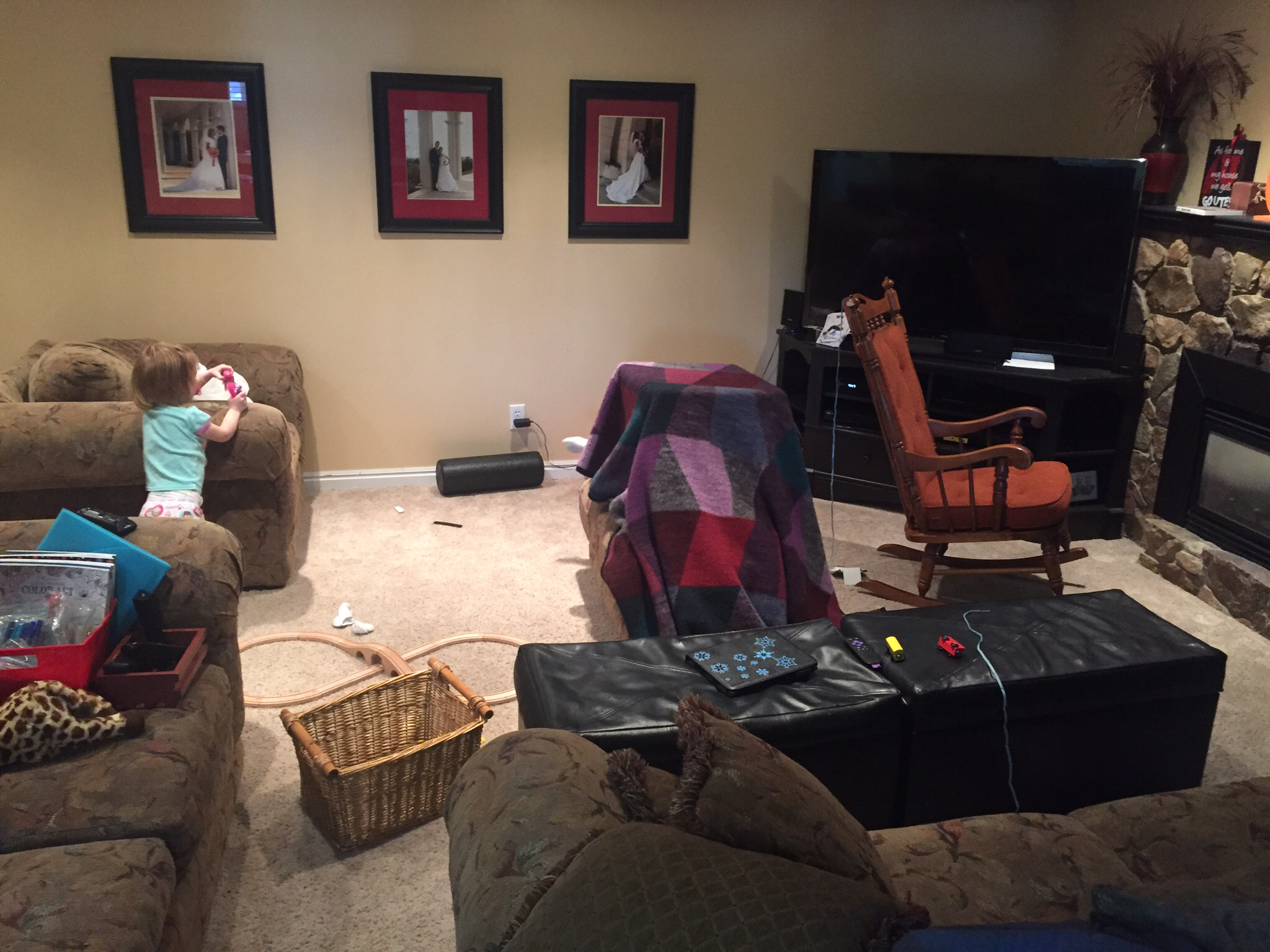 I showered super quick and the girls and I headed to the house to try and get some work done. Try. Try. I got about an hours worth of work done in a 2 hour time frame because of the constant interruptions from the girls and them trying to destroy everything they touch, and half that work was undone by them in 30 seconds. We left much earlier than intended with me in tears because getting anything done with them there is just impossible. It is so darn frustrating!!!!!
We came home, had deepda (pizza) for lunch per Brynlies request, and then we went outside while I mowed the lawn and cleaned up the yard. After my second shower, this time with the filthy girls, I've been on the computer working on work stuff and breaking up fights. Isn't my life just soooooo amazing?? I know, I really am just a lucky gal! <--- sarcasm.
When Cory came home he saw Spaceballs was on Netflix and started it. We both forgot how adult that movie is and ended up shutting it off pretty quick, but not before Kennedy got to see Pizza the Hut and exclaimed, "That is so yucky!!" Truth. 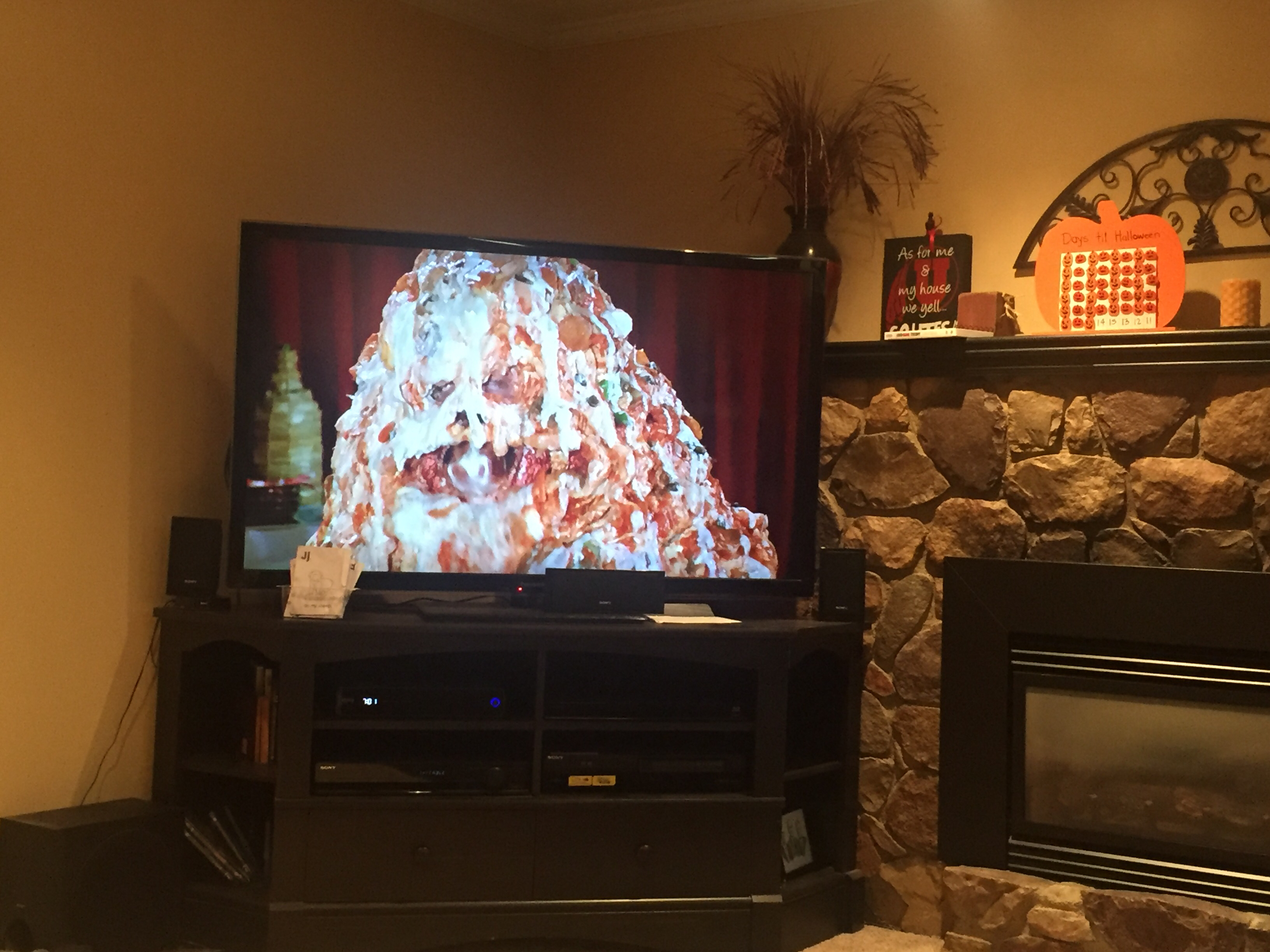 I still have plenty of work to get done so I'd better go do it so my life can be slightly less boring. Enjoy your extra hour of sleep tonight! See you, soon!