Yesterday was the day we Americans got to vote for our political leaders and then tell social media that we did so. It's also the reason I didn't blog.
I hope everyone got a chance to voice their opinion. I voted a couple weeks ago through my mail-in ballot. I didn't feel all patriotic doing it, but I'm glad I have the right. Even if my candidate never wins.
I've never been so worried about an election in my life. I think what scares me is that one of the signs of the times is that all other nations will turn against us as we grow in wickedness. Or something like that. There's also a sign that the constitution will hang by a thread. I think either Clinton or Trump would have been perfect to make that come to pass, which means the second coming isn't far behind -- assuming Trump is the one who will be responsible for that. These are scary times, which is why I'm really making a huge effort to teach my kids all that they need to defend themselves.
I was totally in denial about this whole election. Now that it's official, I feel really uneasy. I don't know what will happen but I want to make sure that whatever does my family and I have God on our side.
And let's be honest, 'President Trump' just sounds ridiculous. And makes me giggle.
Well, if you read my last post and thought, "yeah right, she's not waking up early!" then you were right! But I have a good excuse this time. That rumbling volcano in my tummy from the nachos turned into a disaster and almost erupted. I was so freaking sick to my stomach for hours! I didn't dare move for fear of puking all over our bed. It wasn't a food poisoning kind of sick either, it was definitely indigestion and acid so it burned on top of everything else. I was up at 12:30 am for a couple hours trying to quietly fish out Tums from the bottle without waking Cory (who gets woken up by the batting of an eyelash) and I had to sleep sitting up the rest of the night. I felt so weak and so queasy I knew a run wasn't happening. And I was ok with that. It's not like I'm training for anything anyway. I just wanna run. When I'm feeling healthy to do so.
Our day was pretty boring yesterday, but Cory and I did go to a late night movie last night. 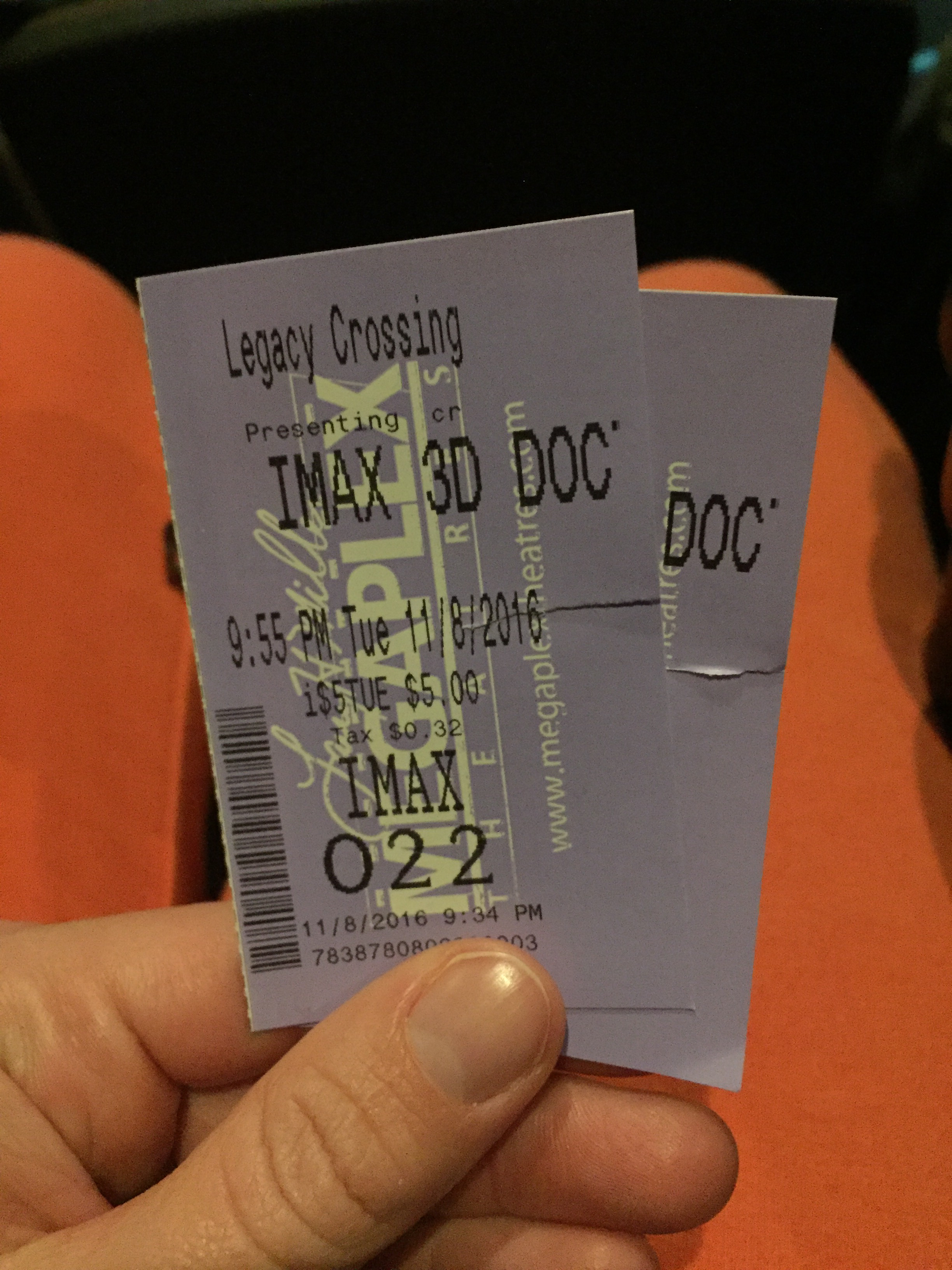 We went and saw Dr Strange in IMAX 3D. I knew nothing about the story line so at first I was kind of weirded out, but then I let my inner nerd take over and I ended up LOVING it!! It really was a great movie and the visual effects were insane. I highly recommend seeing it in 3D -- and I'm not a fan of 3D movies. 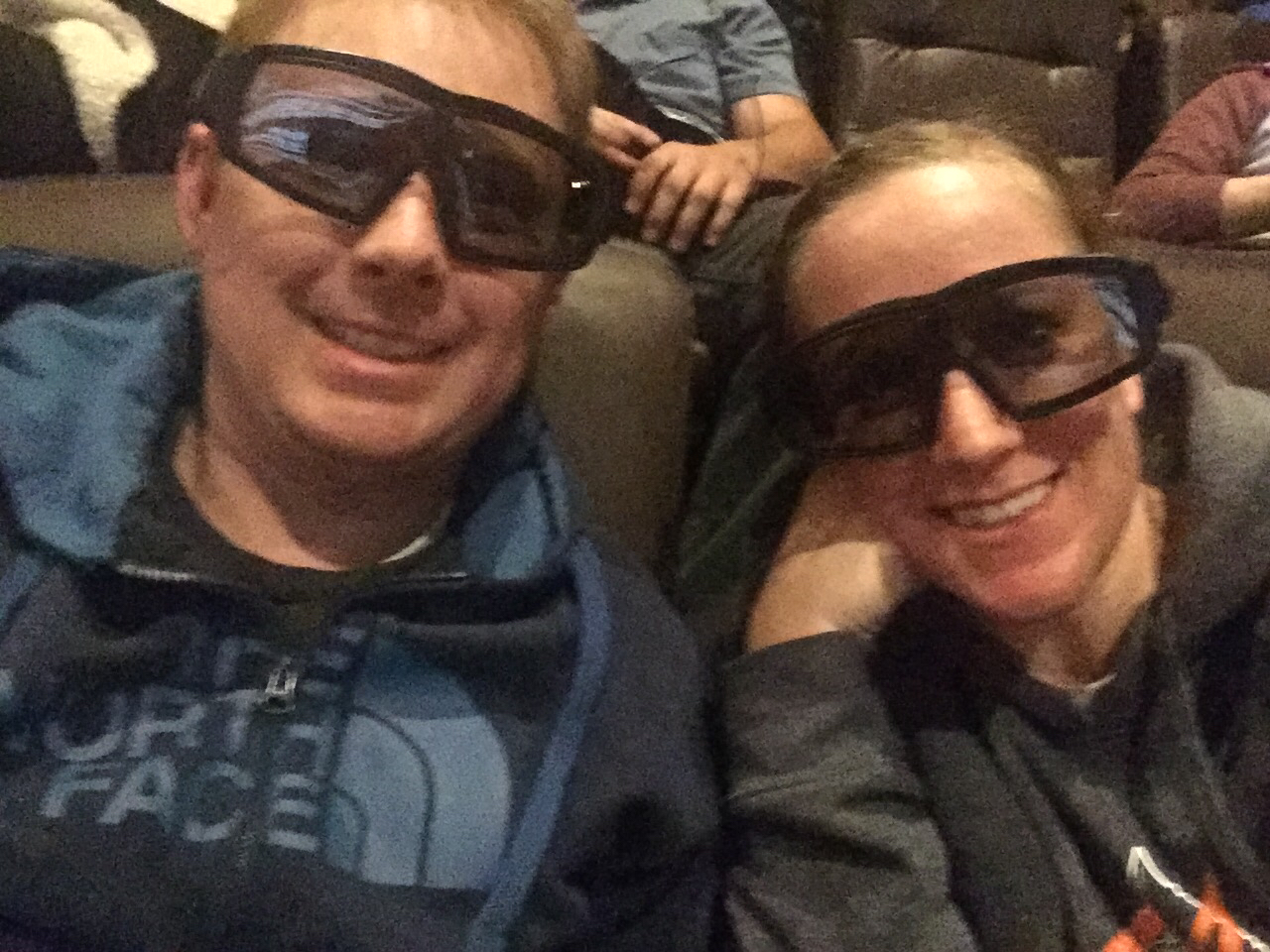 I didn't know it was going to be such a sausage fest. I think I was one of 3 girls in an almost full theatre. If I had known, I wouldn't have shown up in my sweats and embarrassed Cory. But come on, a movie that starts at 10:00 is late for me, so I wanted to be comfy. But whatever. Go see the movie. It was great!!


Tomorrow my goal is to take more pictures so this blog isn't such a dang yawn-fest! (Did I make you yawn?) Get ready for pics of food because I'm also starting my cut-back-to-basically-nothing-to-see-which-food-group-is-trying-to-kill-me-experiment. I'm not sure where all these sensitivities are coming from all the sudden, but they'd better watch their back!
Ok, I've gone WAAAYYYY too many nights in a row without my prescribed 8 hours of sleep and I feel a little nuts, so I'm going to bed. I'll see ya'll tomorrow. And if you have my number and have nothing to do, text me randomly and remind me to take pictures. Thank you.
See you, soon!