I can go to bed tonight feeling like I accomplished a lot because I did! Today was a super productive day. I kind of love that feeling.
Cory took Kennedy to school and kept Brynlie with him while I went to the gym kid free! He's such a stud! Our workout consisted of reaching our max weight for a given amount of reps for several exercises. At the time I didn't think I had really pushed that hard since I only hit 1 new PR in the 4+ years I've been there, but I am feeling it now!! It was a good one.
Since I didn't have any kids in the daycare it also meant I got to go for a run afterward; outside!!! 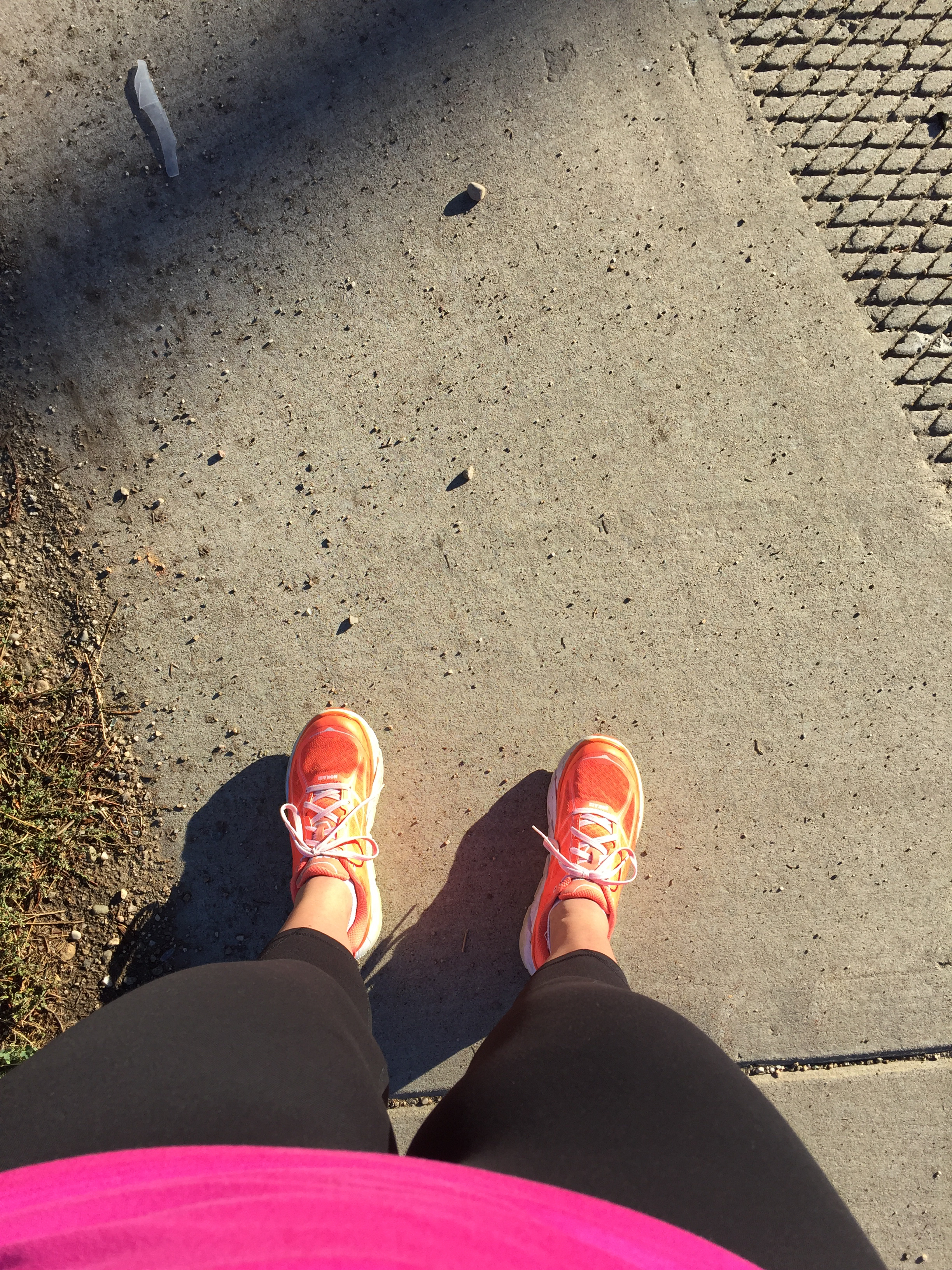 I did 1.5 miles straight uphill, and then 1.5 miles back down. I had just made it to the top of the hill when Cory called me panicked because B had ingested some window cleaning fluid and he didn't know what to do. I told him to call poison control and let me know what they said. I figured she would be fine, but just in case, I hauled butt back down to the gym in case I needed to leave quickly. I had planned on an easy run back since I was trying to push it on the uphill and had just had a serious strength class. I felt like my lungs were going to burst when I reached the doors of the gym. 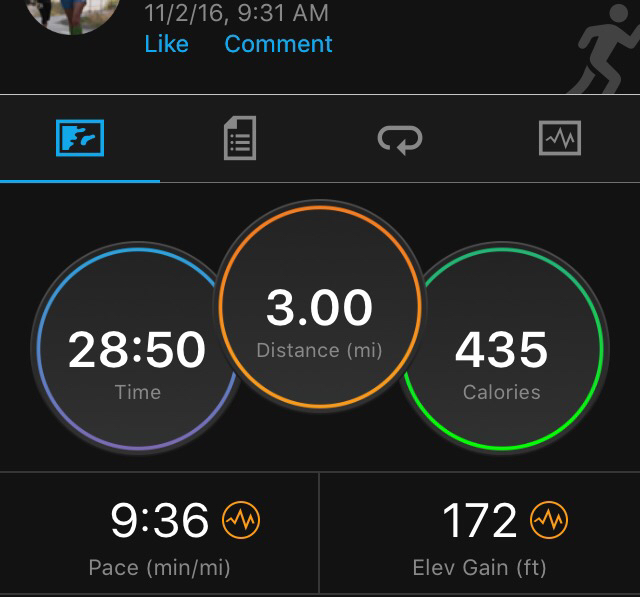 I called Cory for an update and Poison Control told him to give her lots of water and watch for nausea. She was fine all day, so I'm sure she didn't drink much.
I picked up B after the run and we headed to work for a couple hours. I found these amazing Papermate Inkjoy pens at Smiths that make writing almost fun, so the nerd in me gets a little excited each time I get to use it to write a ticket. My life is so lame. And I can't believe I just admitted that.
After work we went back to the house and Cory and I worked our butts off. He's been mudding and sanding the living room and kitchen and doing an amazing job! It's starting to look like a house and not ruins of a bombing. 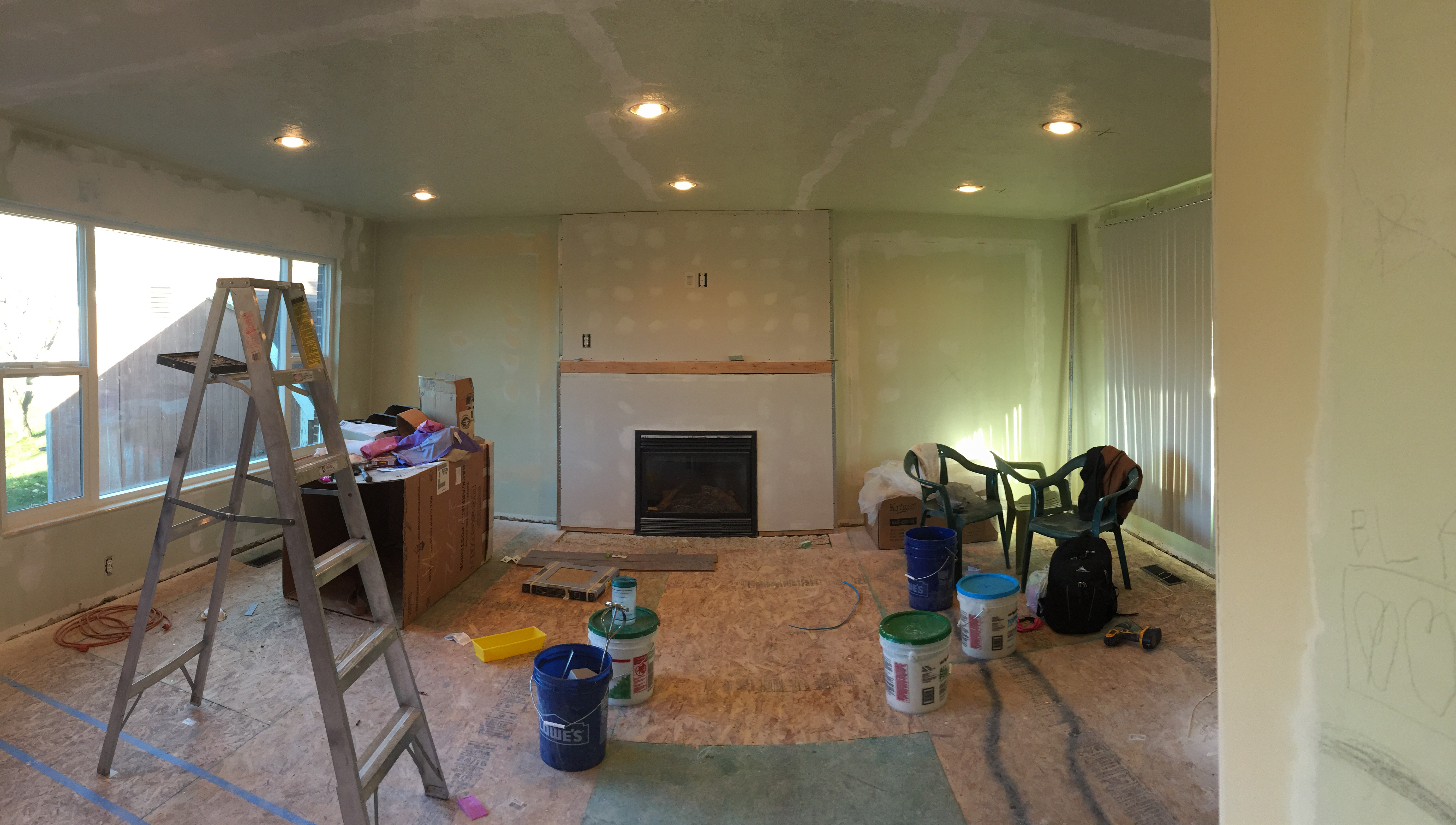 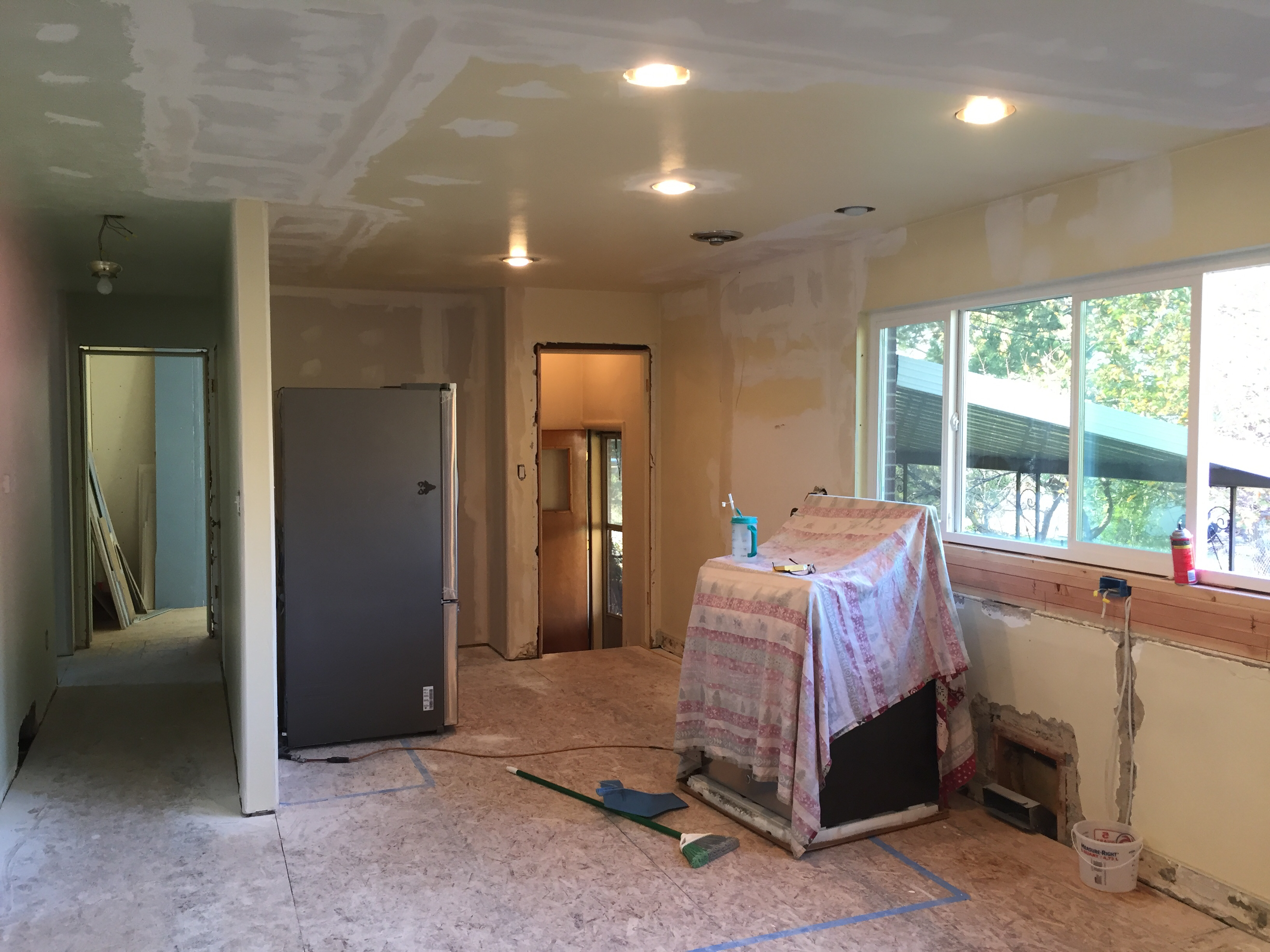 Thanks to the cabinets, we won't have to sand or paint this part. Yay! 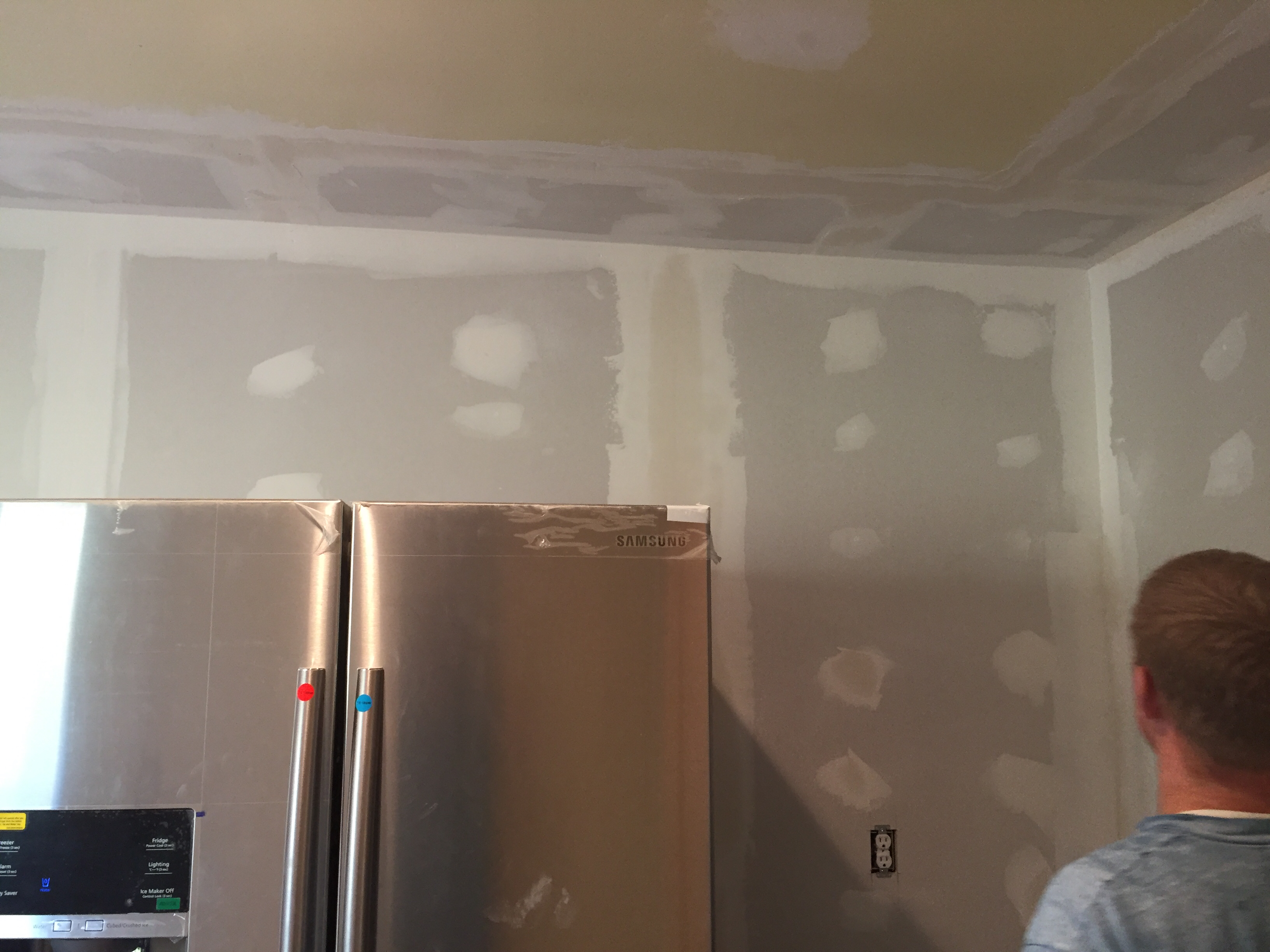 I helped him out by taping all the seems, 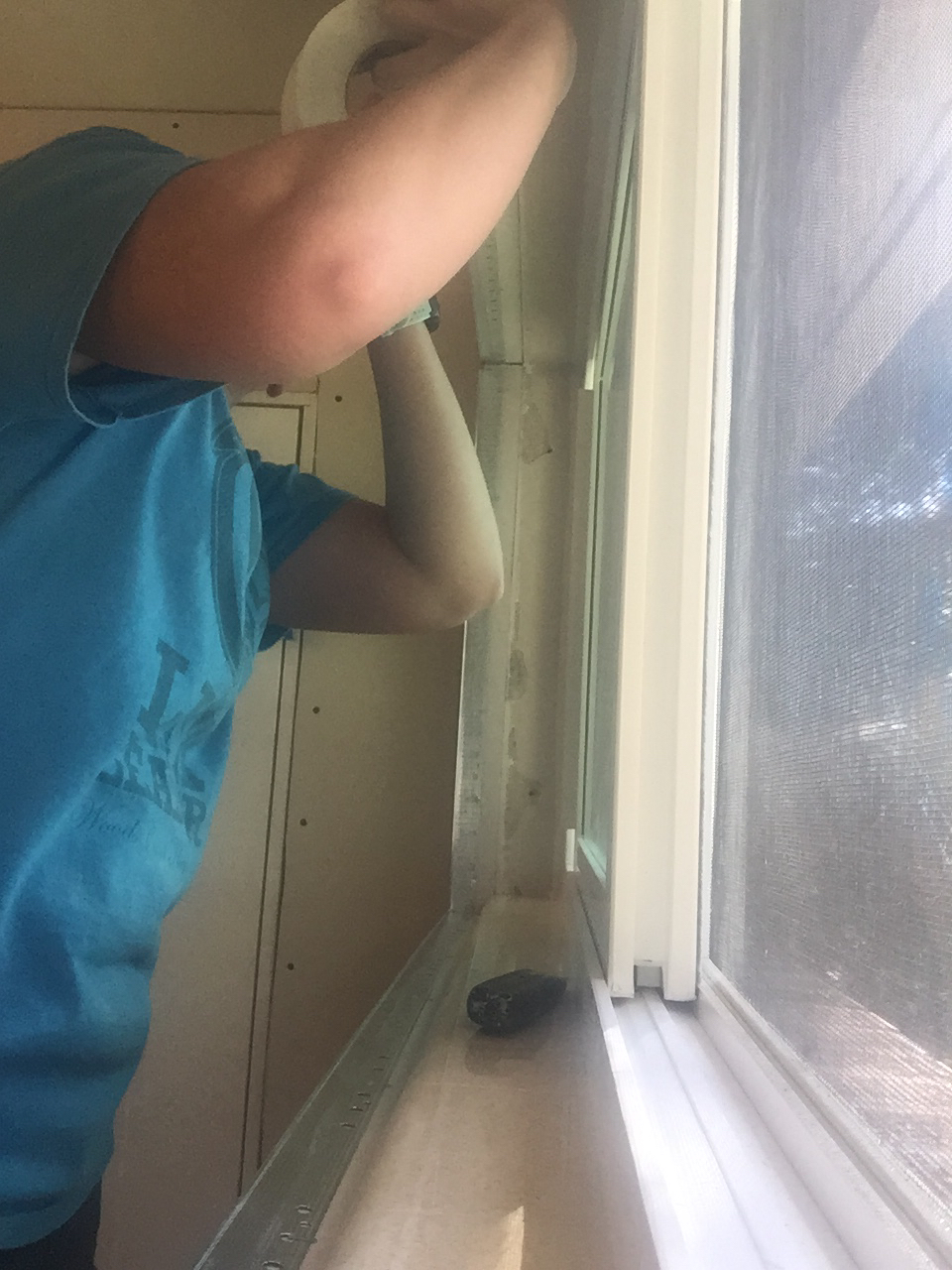 finishing the Sheetrock around the windows that didn't get done, putting on the window surround thingies (technical term), and doing lots and lots of Sheetrock trimming and vacuuming up the messes in the bedrooms. 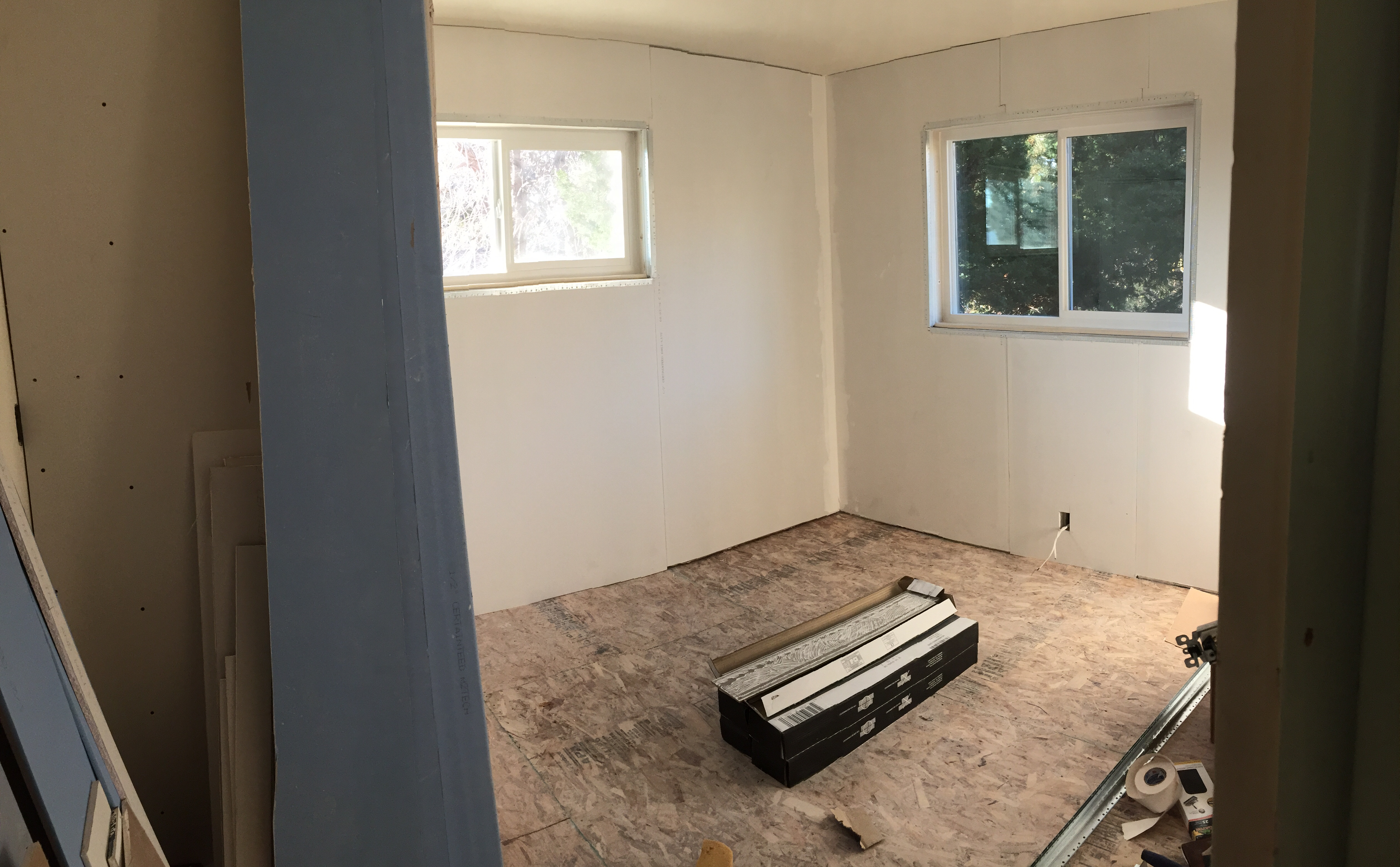 The girls were in and out of the house all day. They either watched Cory in utter fascination while he did the most boring things, 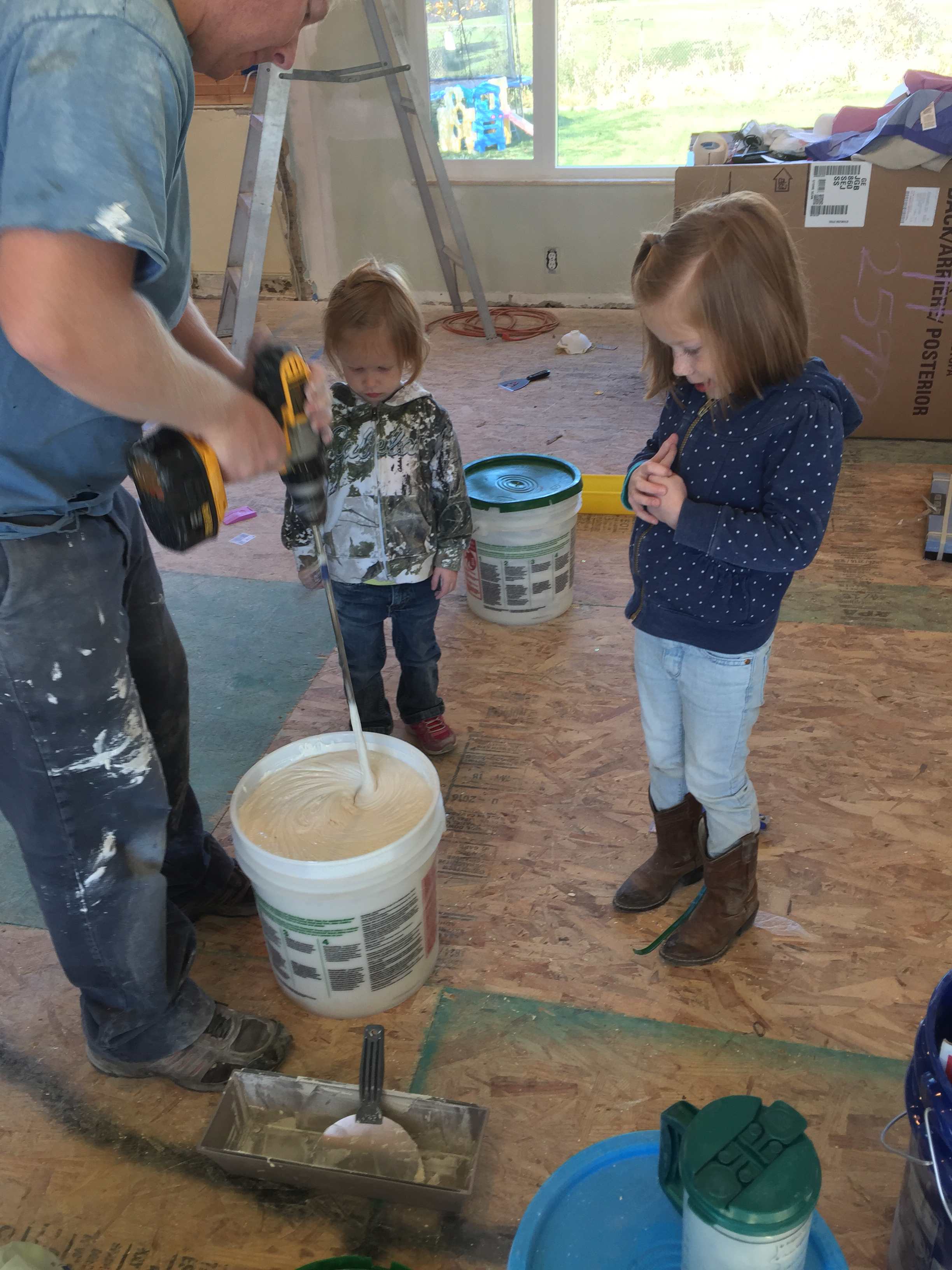 chased each other around bellowing screams so high pitched they could shatter glass, or playing outside with our cute neighbors. 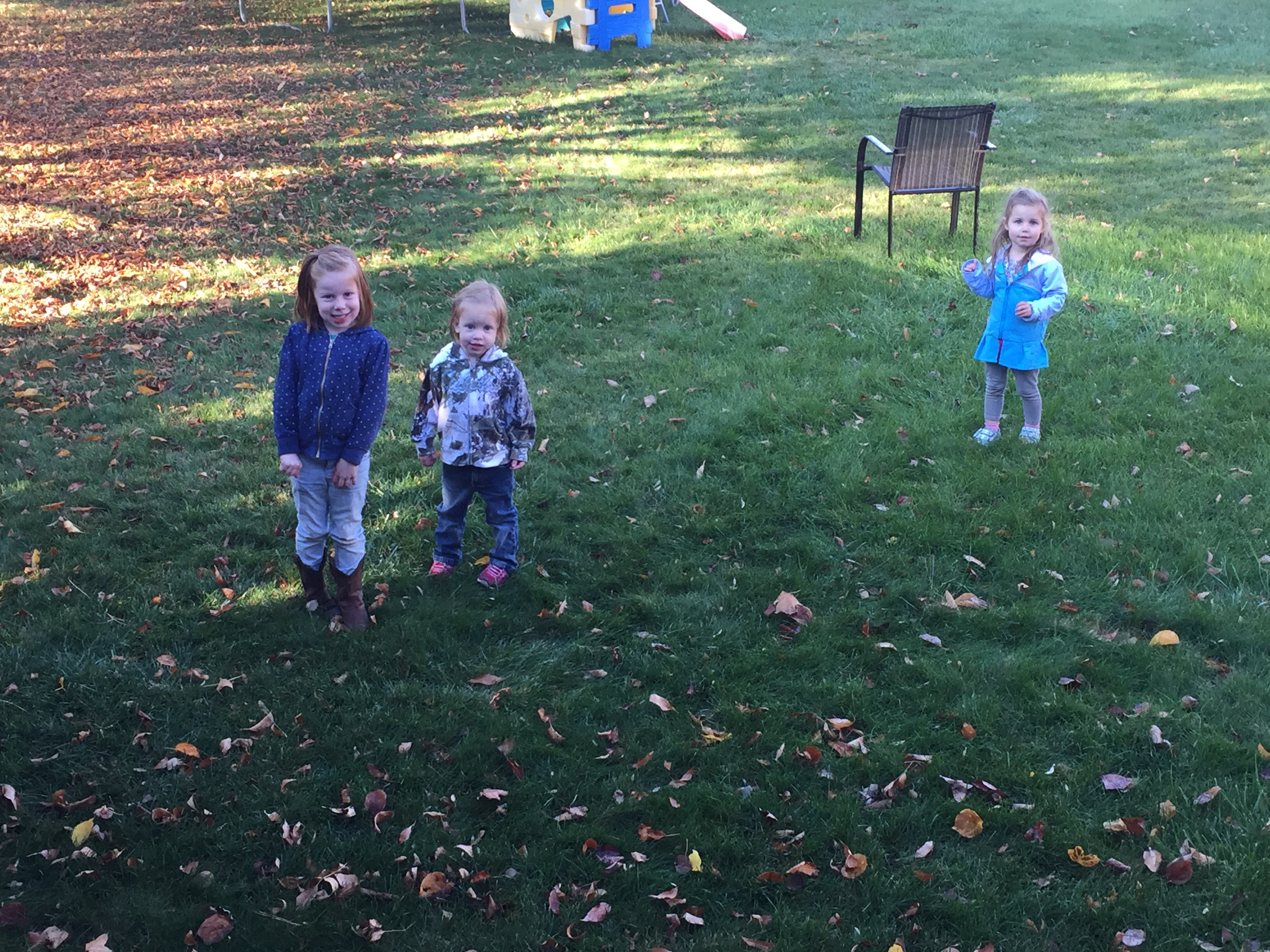 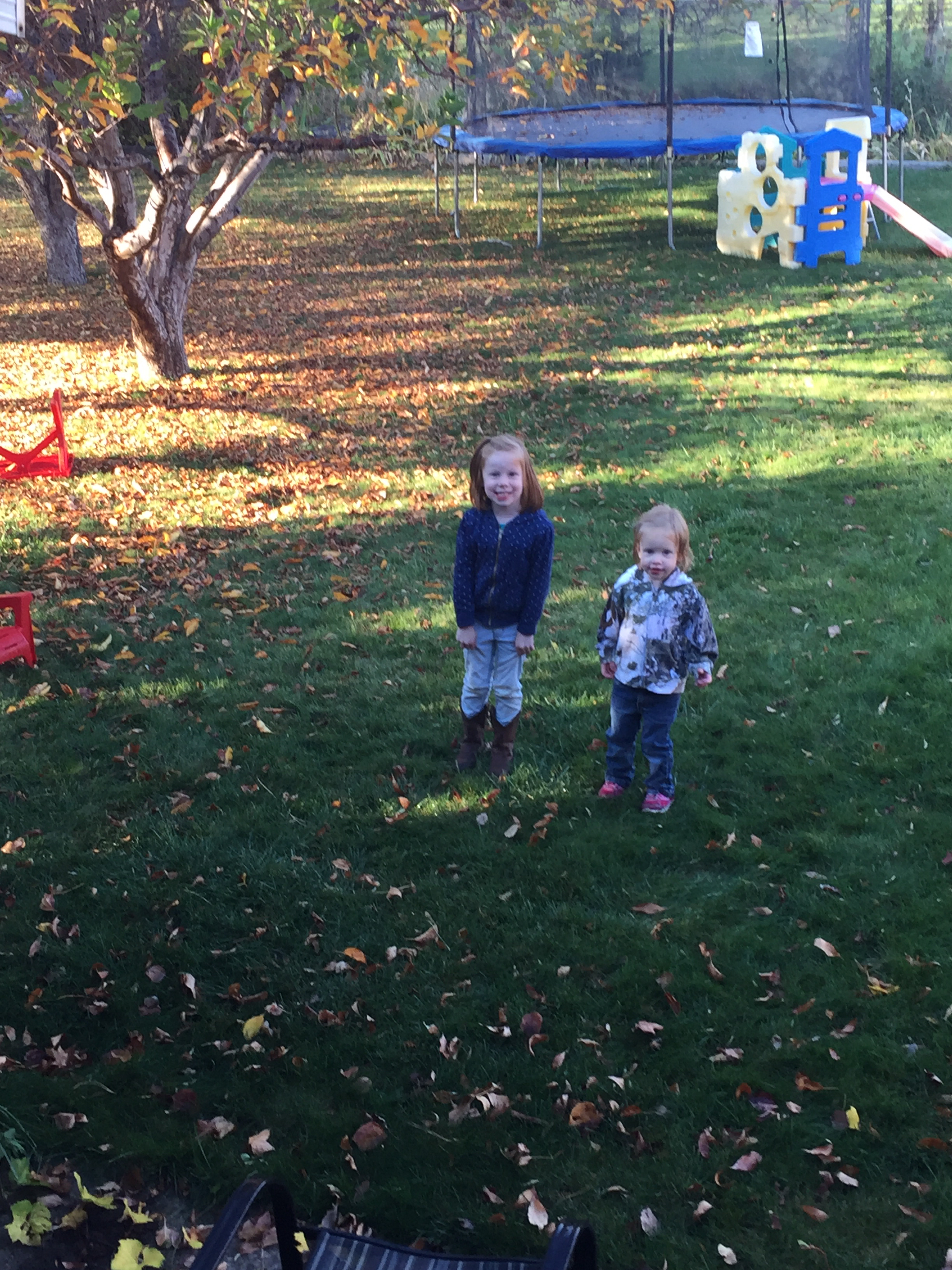 I am getting so dang excited to paint!! I have the colors picked out for several rooms and I can't wait to see how they look. Although it'll mean painting over all the little notes Kennedy left us on the walls. 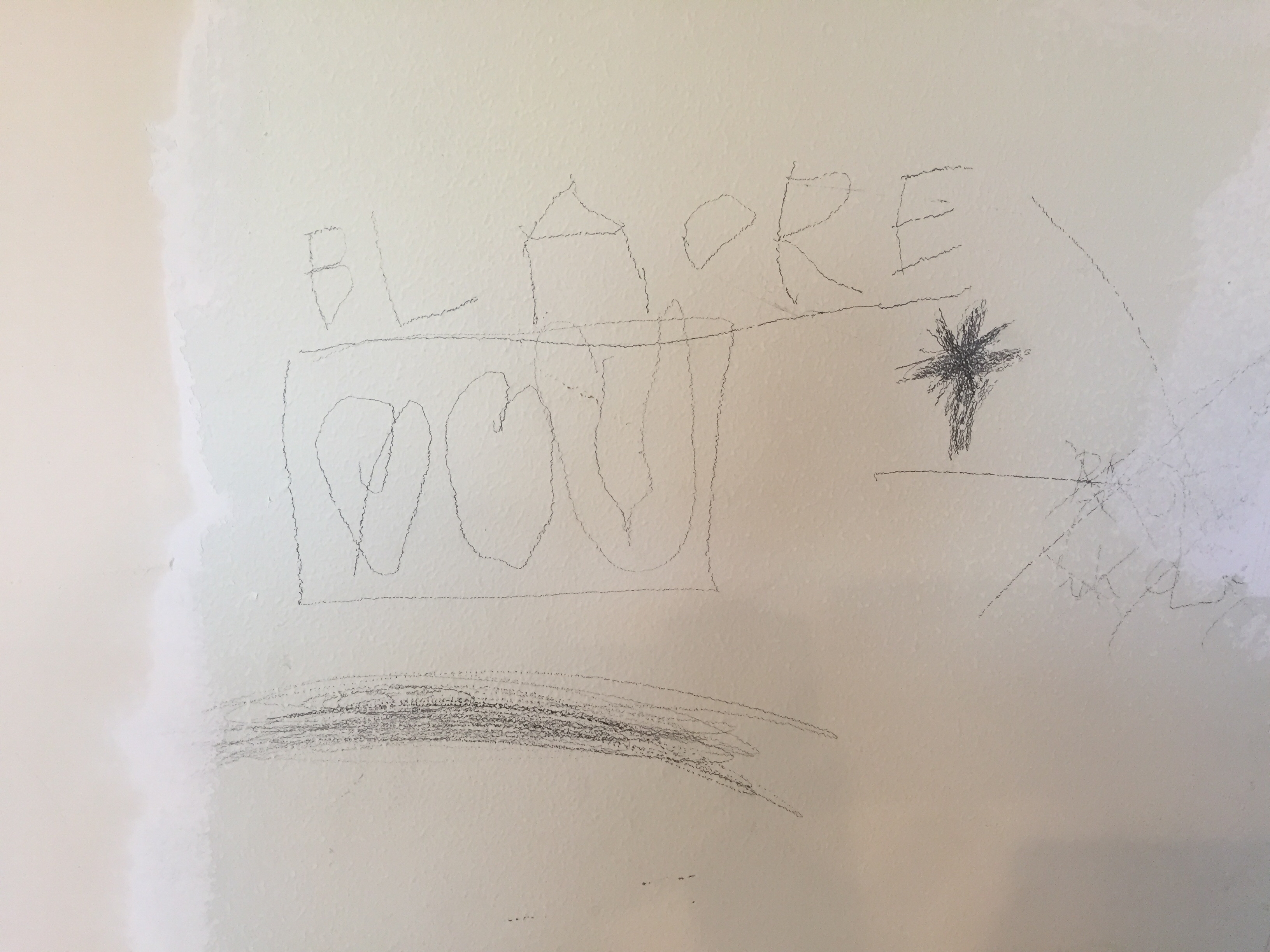 Tonight is finally game 7 of the World Series and then we can get back to our normal evening stuff. Except tonight I'm so tired I don't even care. Hopefully I get a good nights rest and my body isn't too sore tomorrow.
See you, soon!