So Much Stuff Going On

My dad is still in the hospital and will be for a few more days. The doctor told him this is the worst infection he has ever seen. 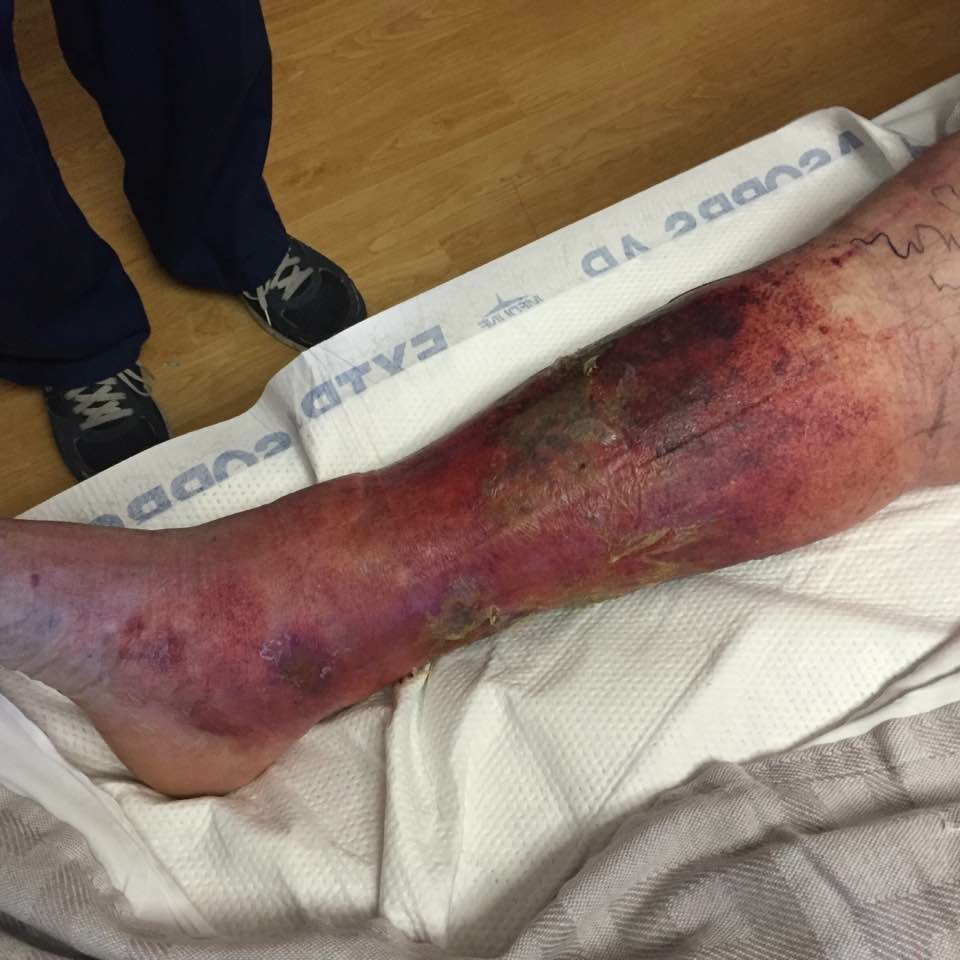 Sorry, the picture is gross, but every time I see it I just stare in disbelief. I can't believe his happened! Once he's released from the hospital he will still need intensive care from the wound clinic and he probably won't be feeling better for at least a month. Keep him in your prayers if you remember, will ya? I miss him and feel so bad for him.
Kennedy has been begging me to cut her hair ever since we chopped Brynlie's. Kennedy has the most gorgeous, thick hair. But it's also super hard to do, and every morning Kennedy screams at me the second the brush touches her head and she almost always ends in tears. She FREAKS out whenever I do her hair. I finally got so sick of the fight every day that I decided cutting it would be a good idea. Bye, bye, long hair. 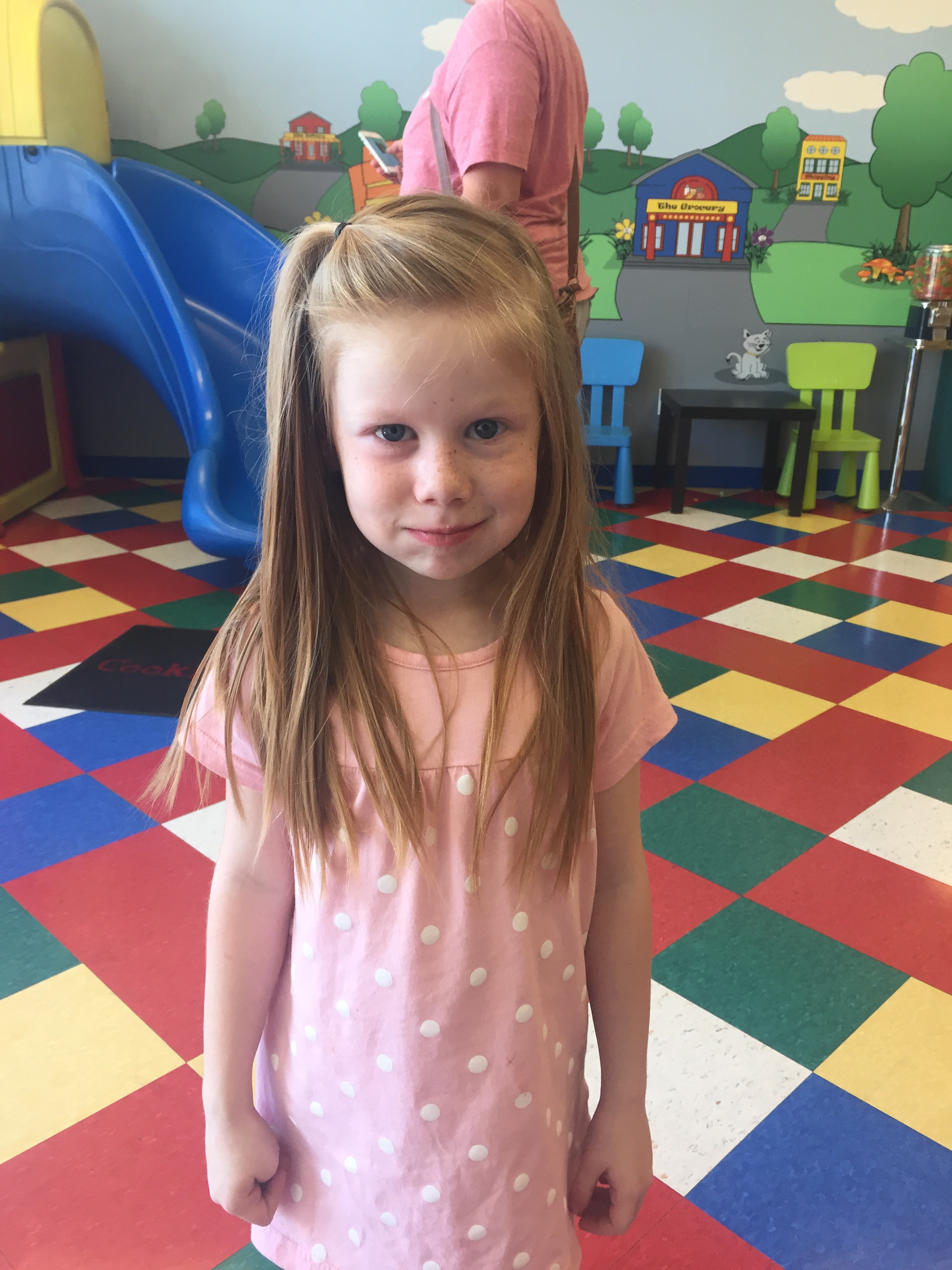 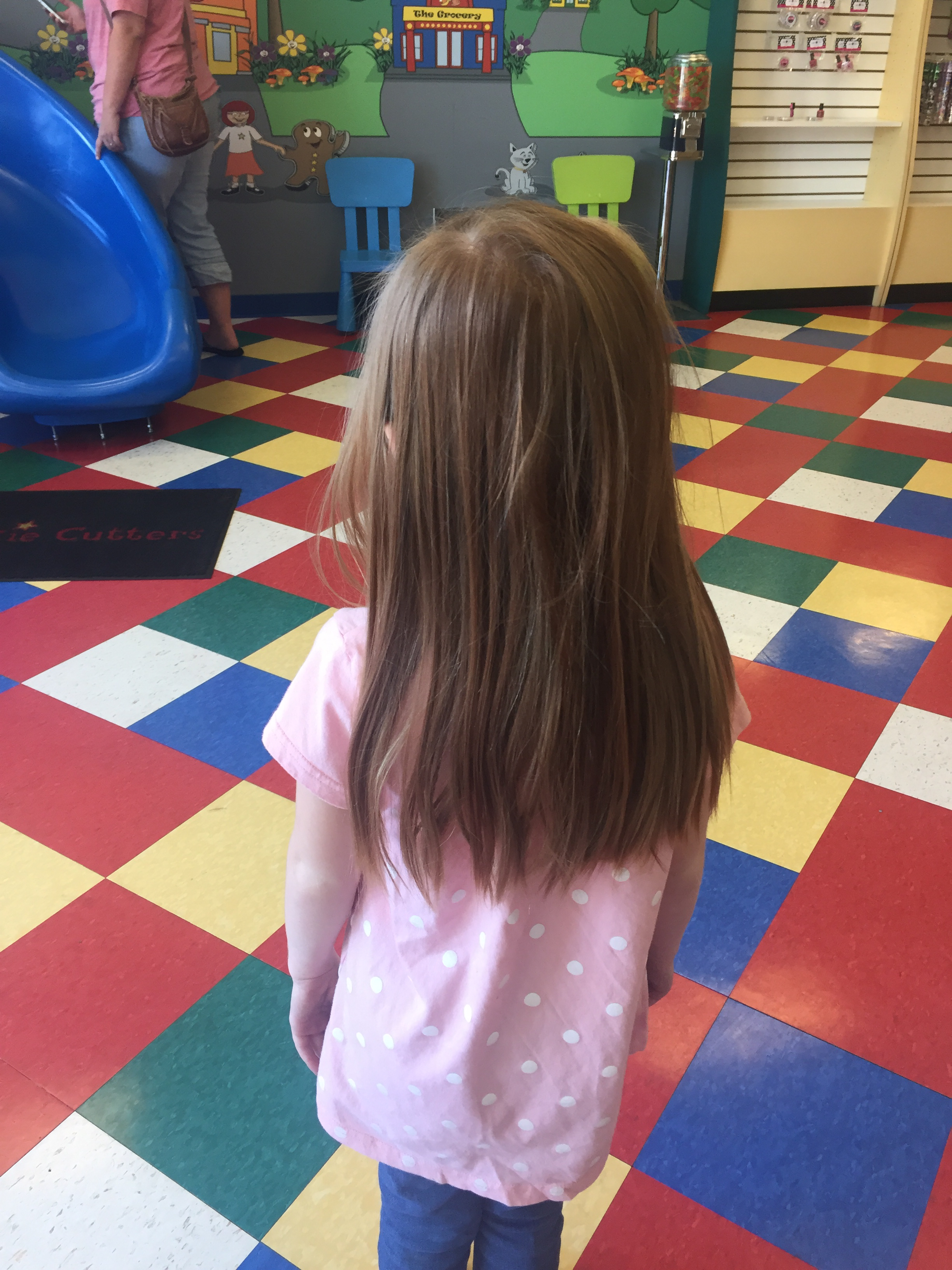 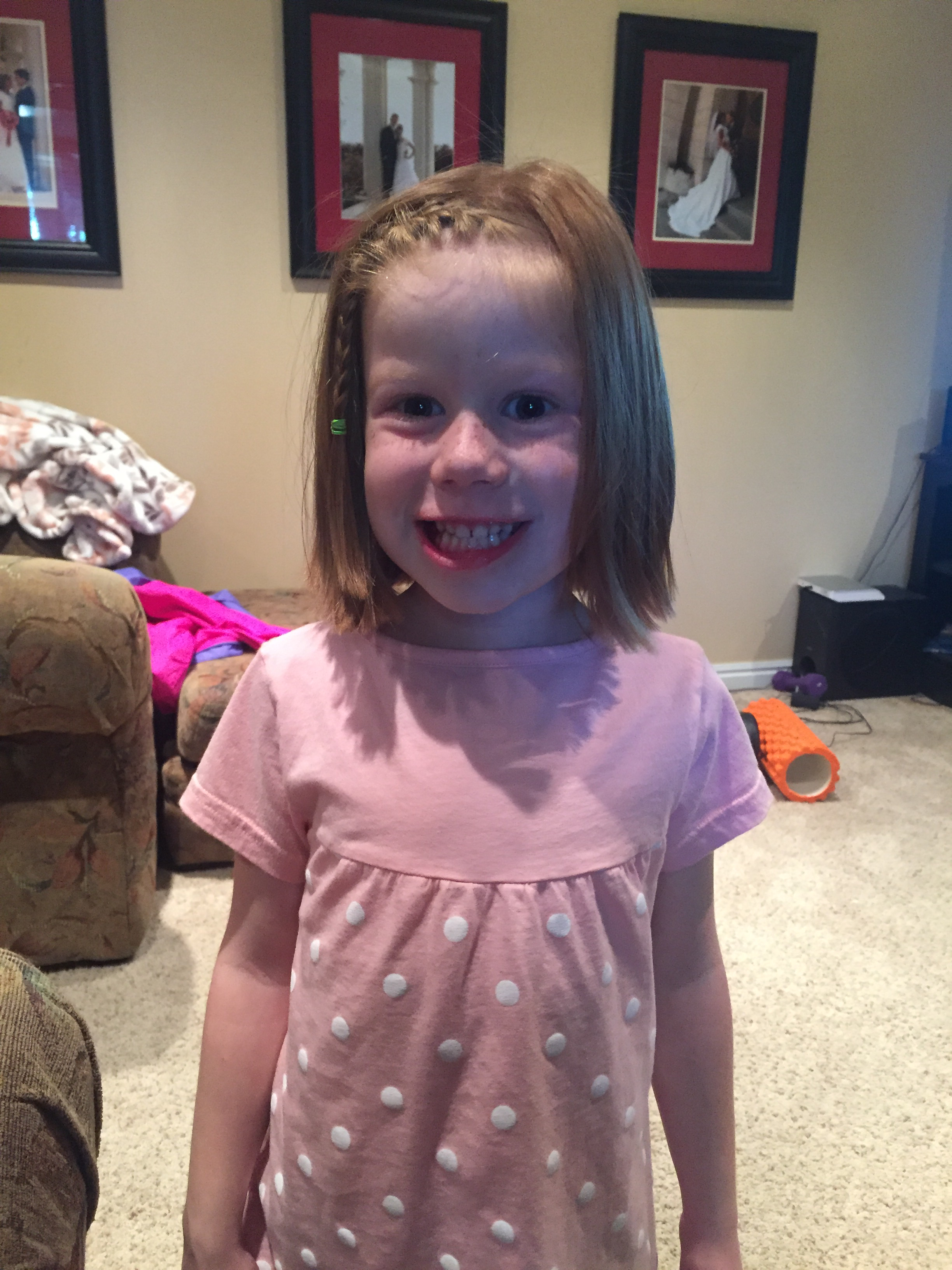 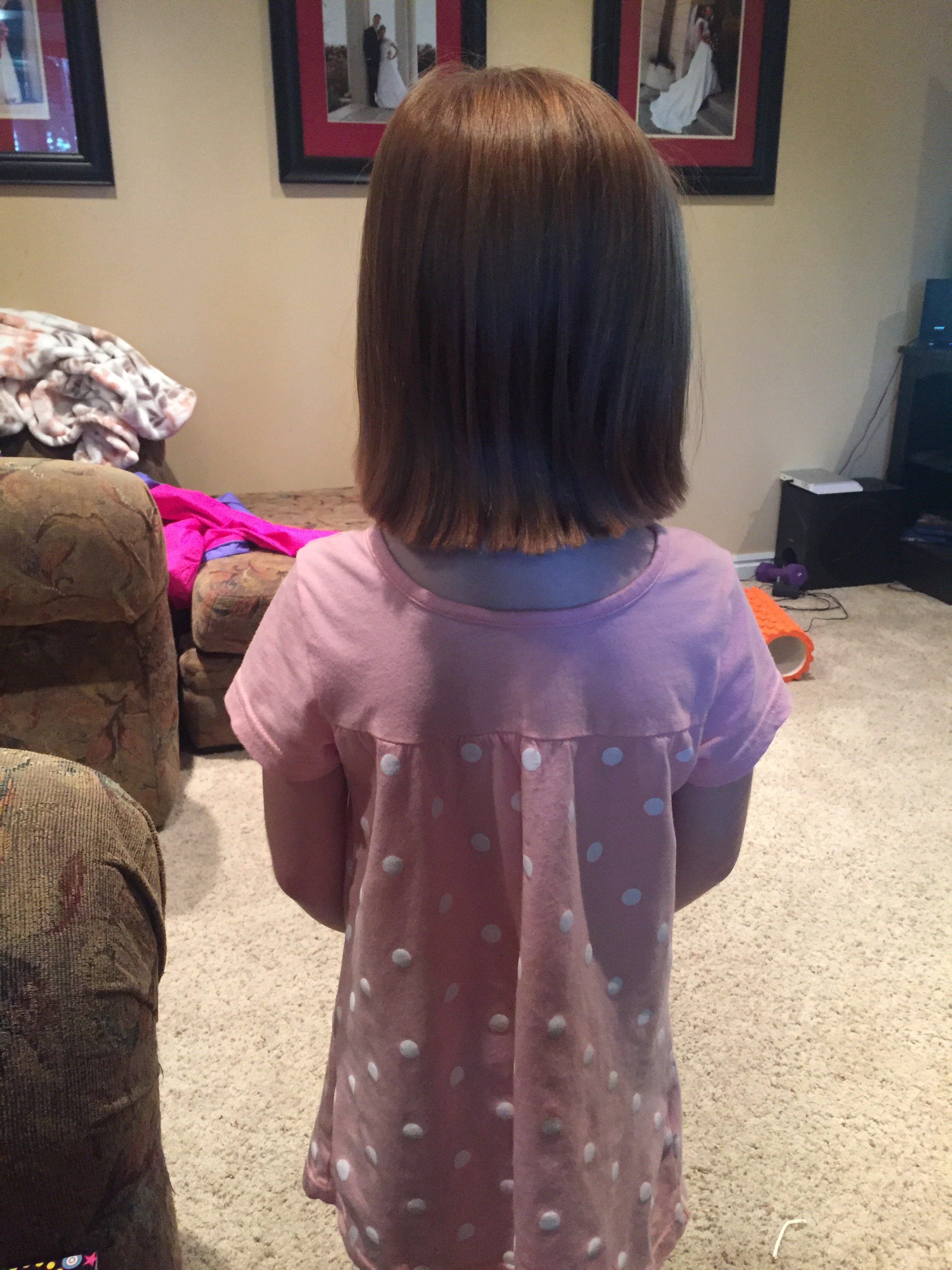 We both love it. It makes her look older, don't you think? And she was so good for the girl cutting her hair. 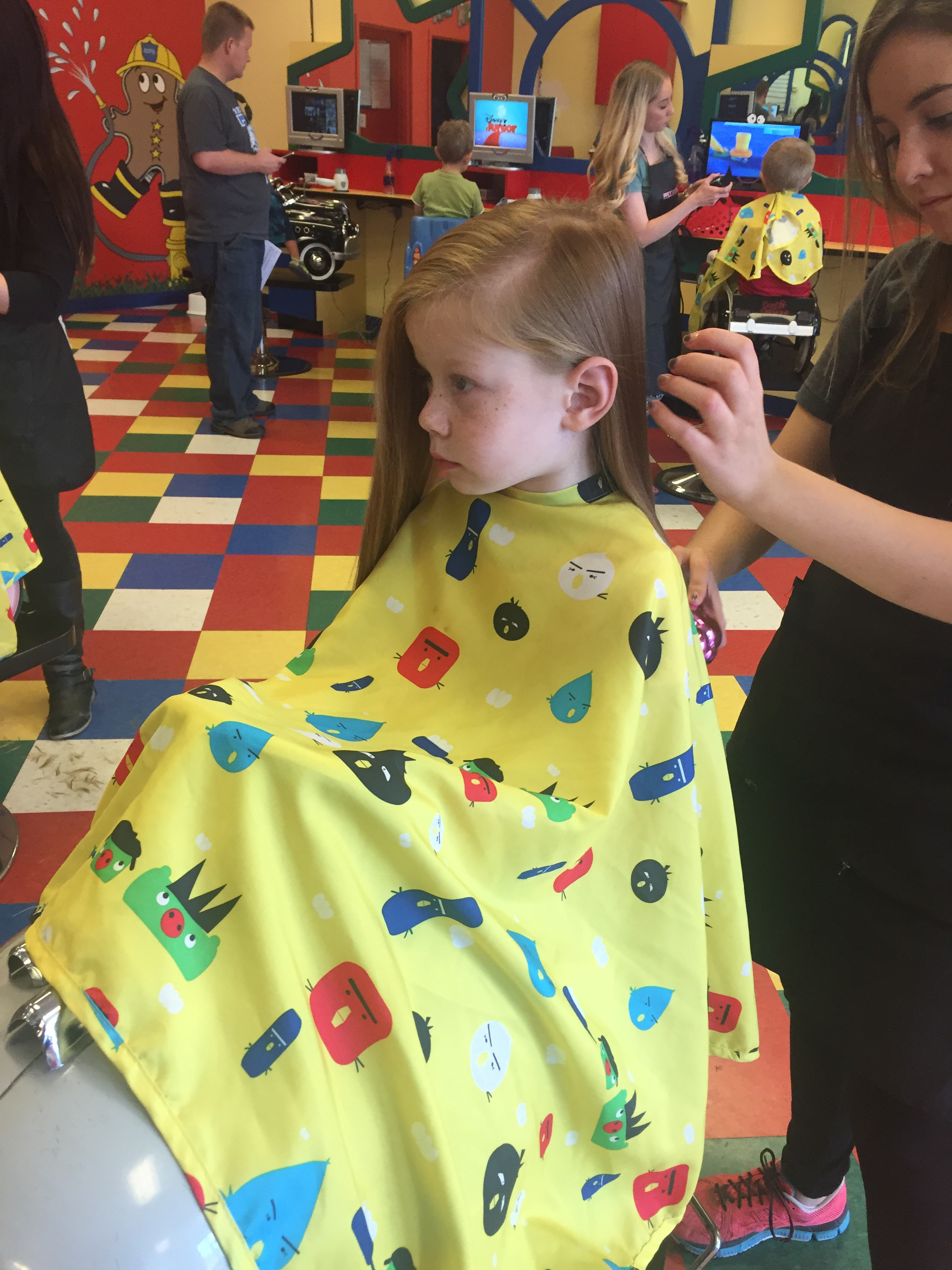 Last night we had our first Frightmares evening!! 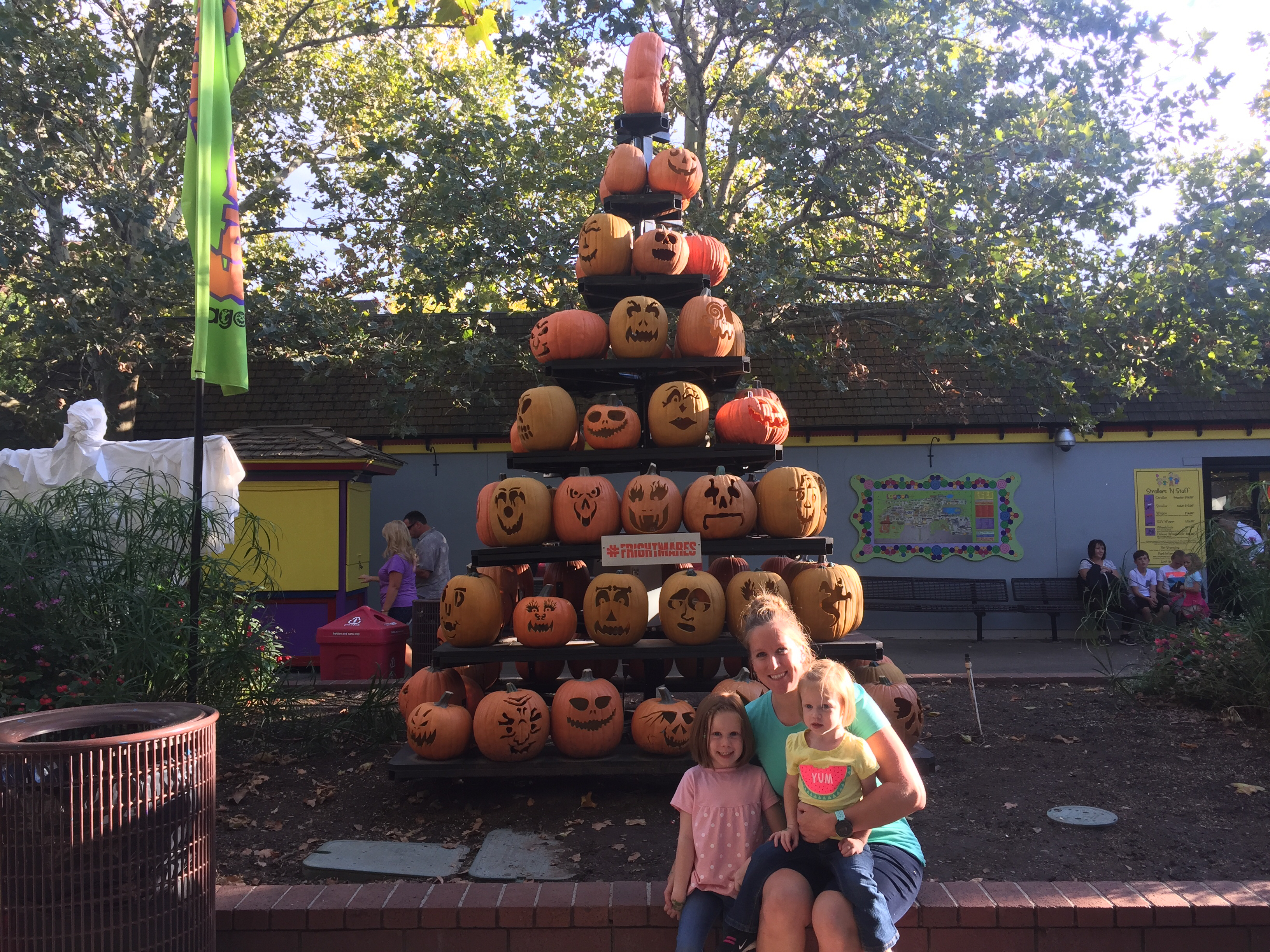 I was like 87% sure Kennedys brain was going to explode from the overstimulation. She loves Halloween so all the decorations put her into some kind of fit. I've never seen her like that before. 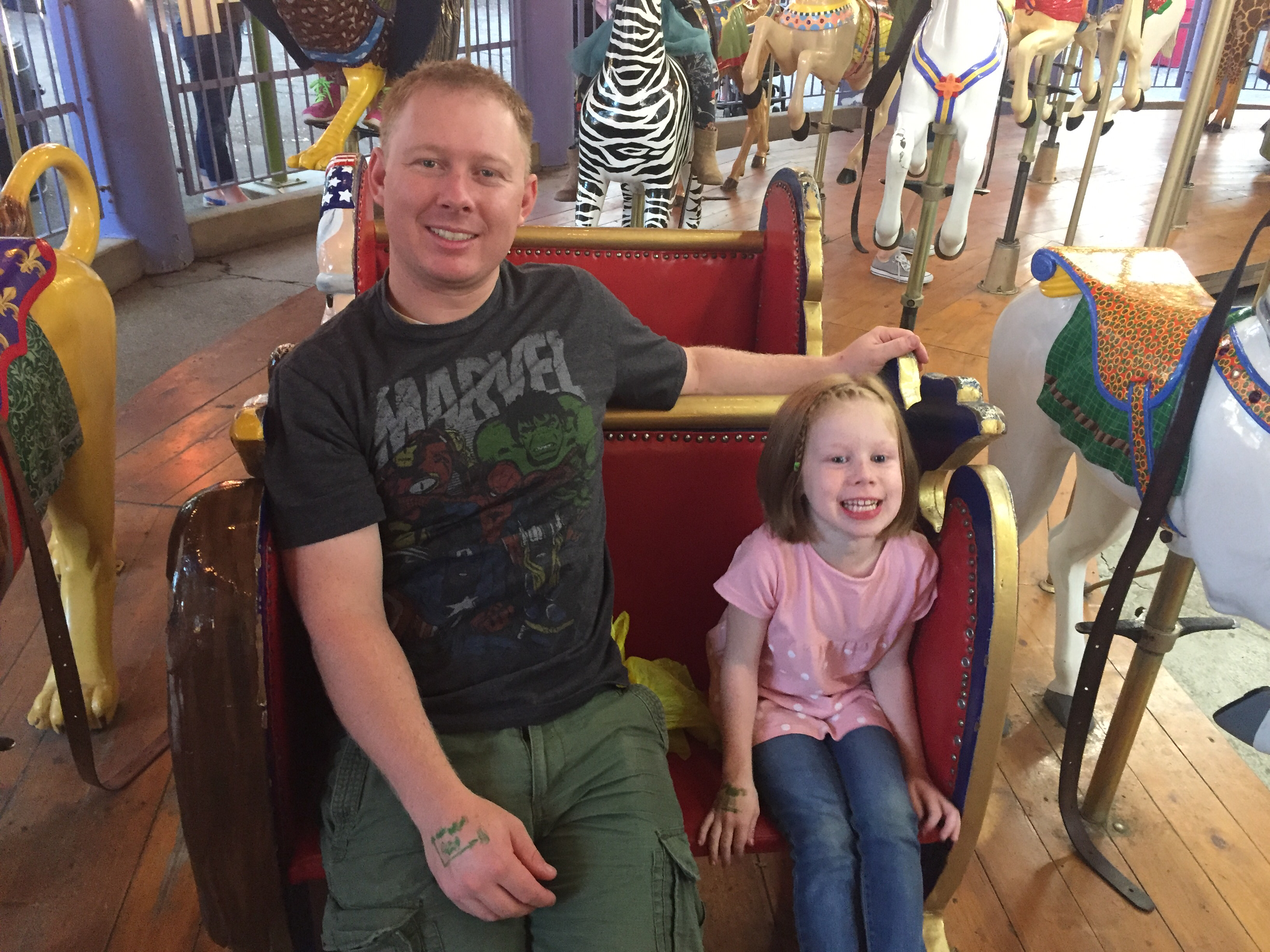 We rode the usual rides and walked through one of the kiddie houses where they got to trick or treat for candy and toys. 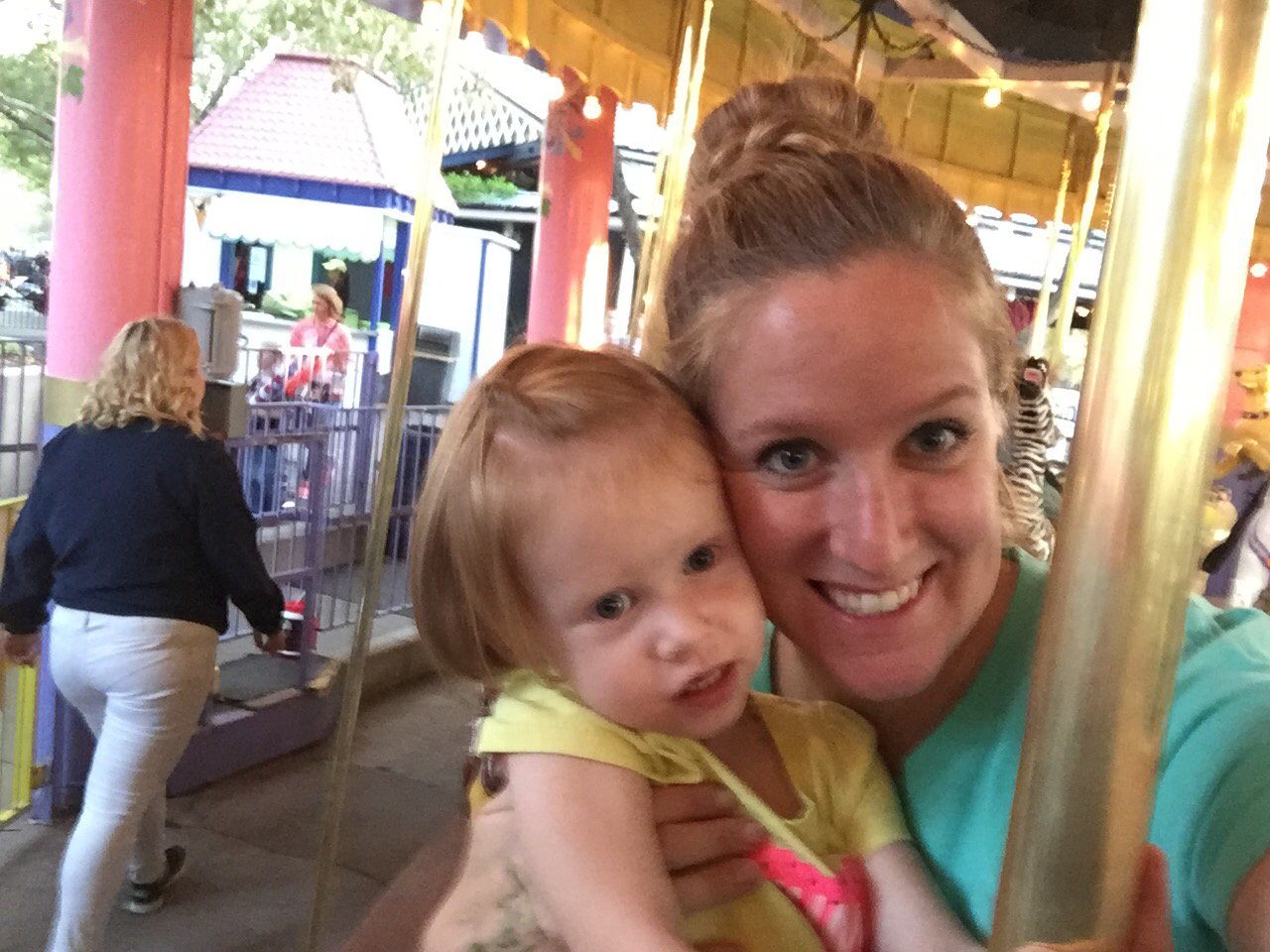 Then we realized that somehow, B grew an inch in the last month and is now tall enough for some bigger rides. We took her on Bombora, and she wasn't too sure about it. 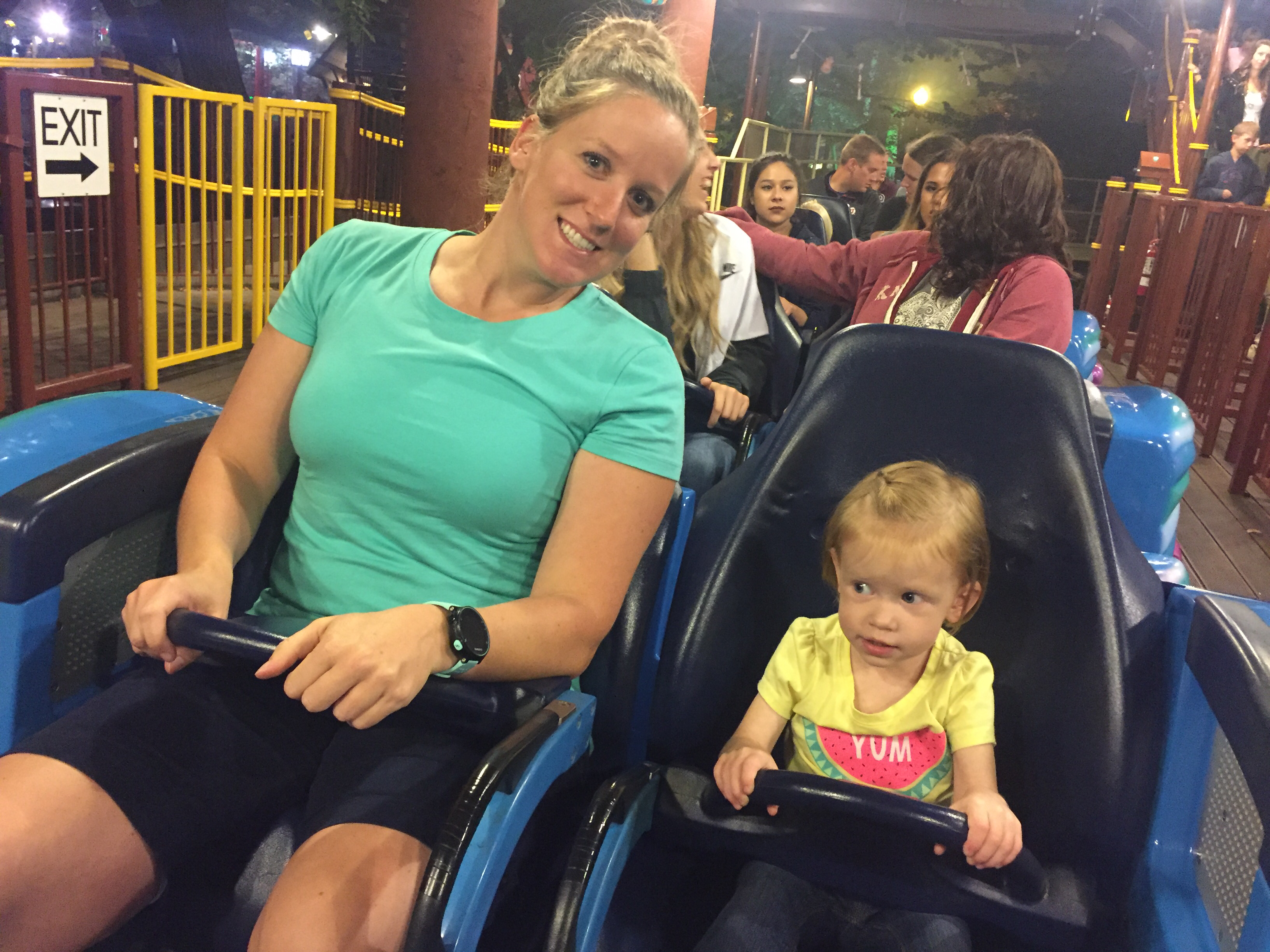 She said she liked it when the ride was over, even though the momentum forced her head into her own lap for most of the ride. And she finally got to ride the swings!! 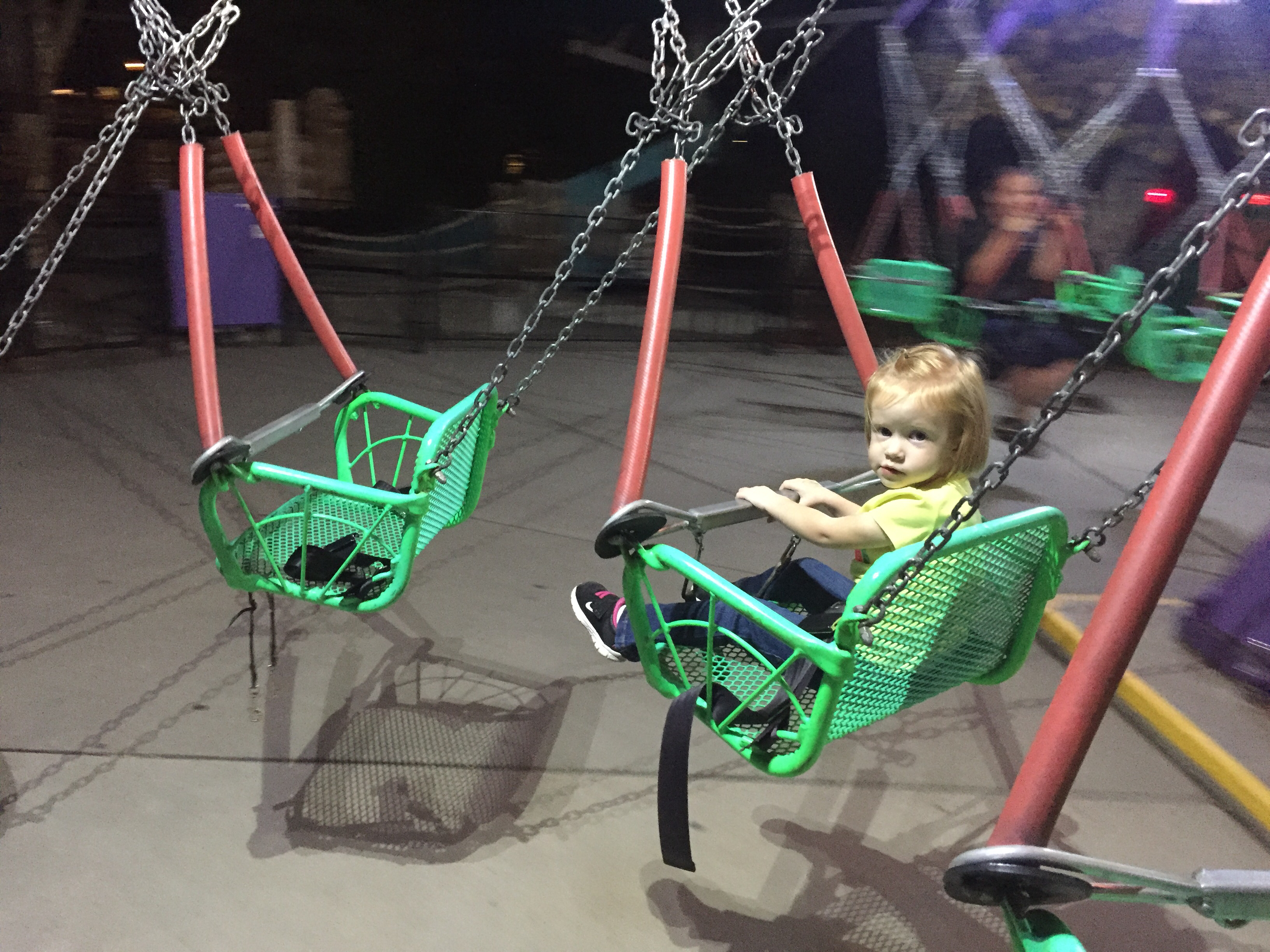 Going at night was so much fun. They loved the lights and most of the decorations. We took them through a haunted alley that wasn't meant for small kids... there were a few moments of fear and screaming, some of pure excitement from Brynlie when the witches came to life and started talking to her, and just plain old fun. 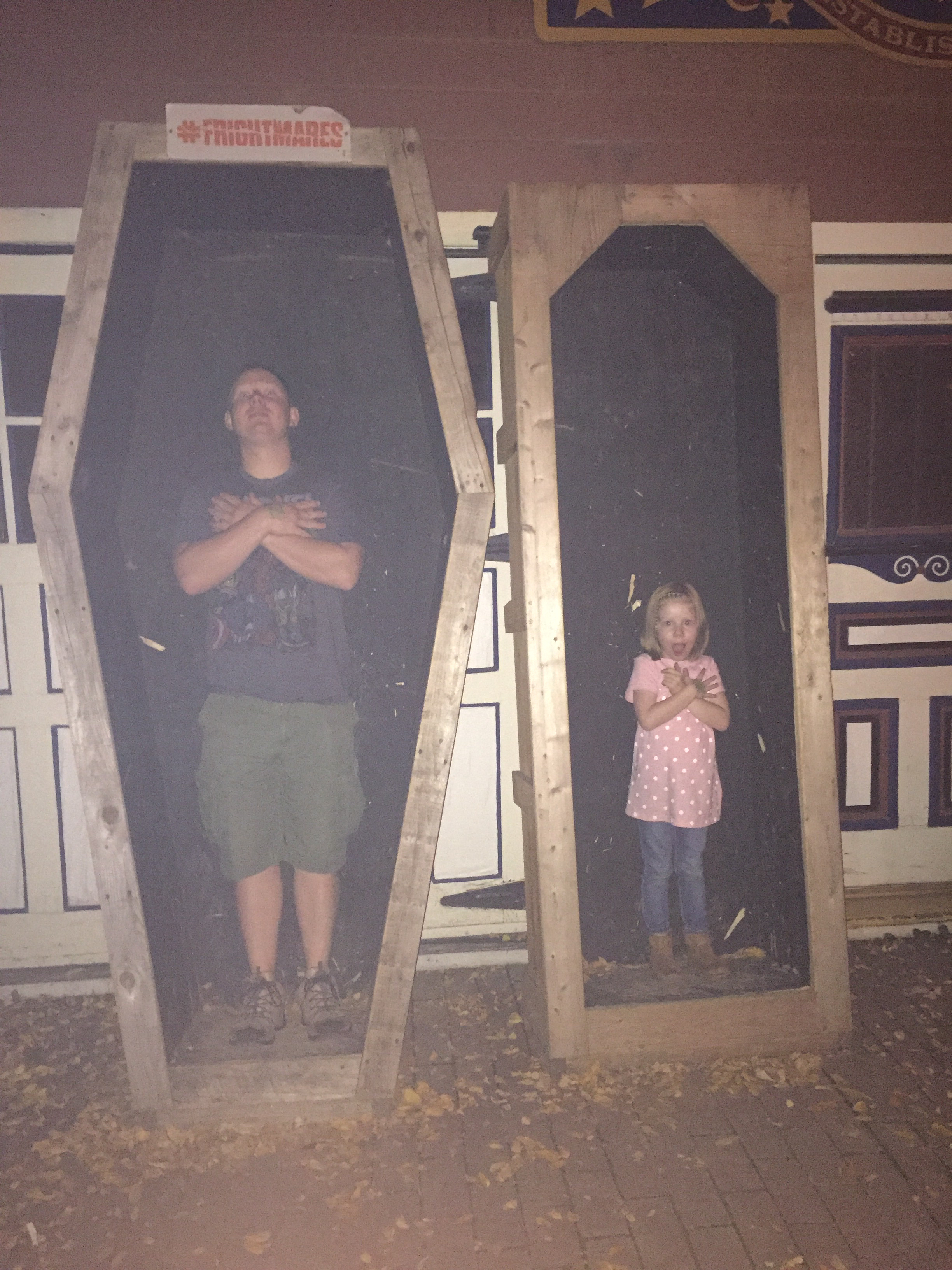 Kennedy said she loved being scared right when we got out, but from then on she was spooked by anyone or anything that was slightly in the dark and would cling on to me. I was worried about them having nightmares, but luckily we wore them out so much they were asleep the moment their heads hit the pillow. I think we want to go again next weekend.
I mentioned I purchased this face mask a while ago but never followed up on it. 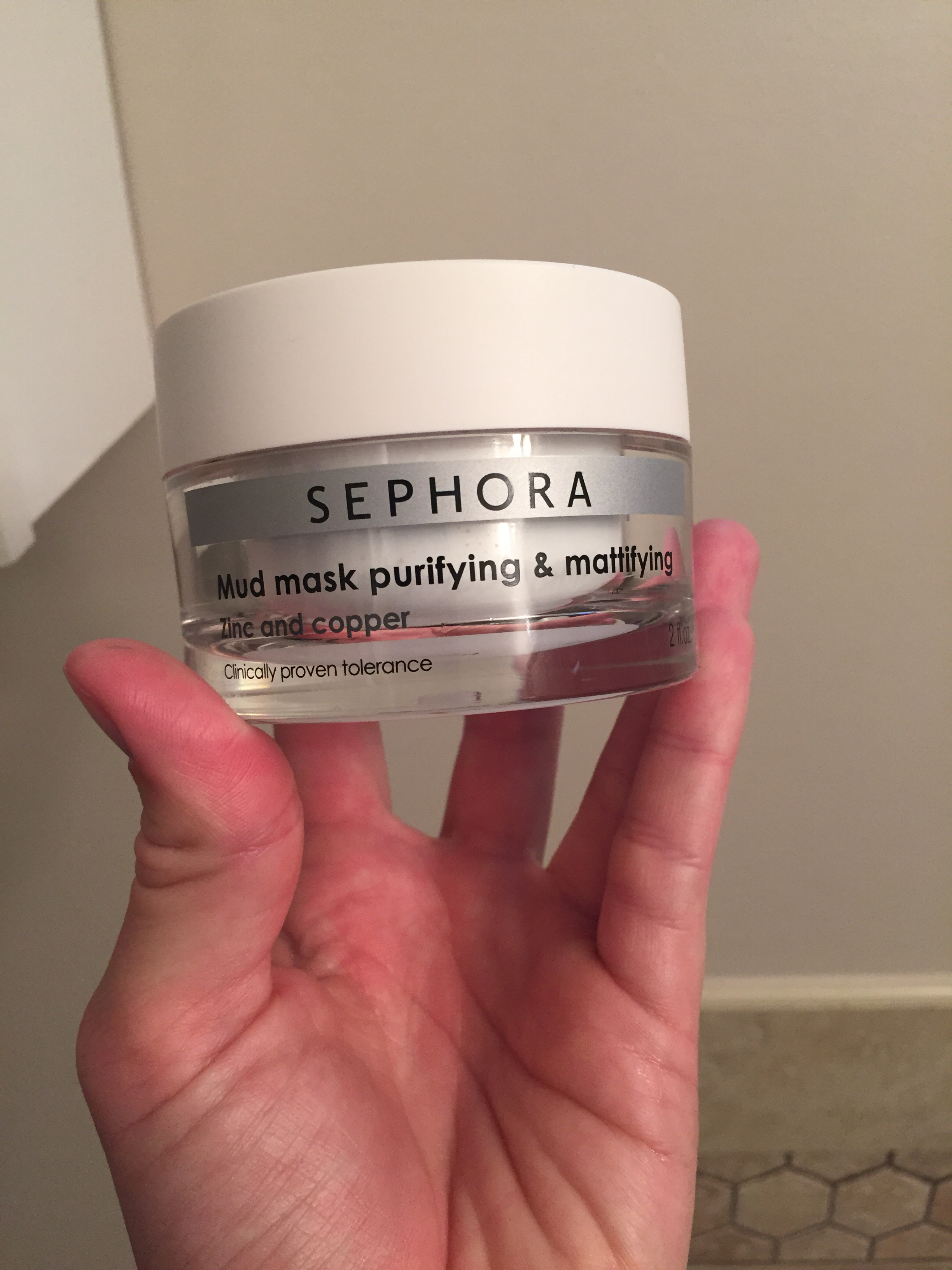 I freaking love it! It makes my pores disappear and helps keep my skin clear. I use it 1-2 times a week, right before I shower, because washing it off can get a little messy. 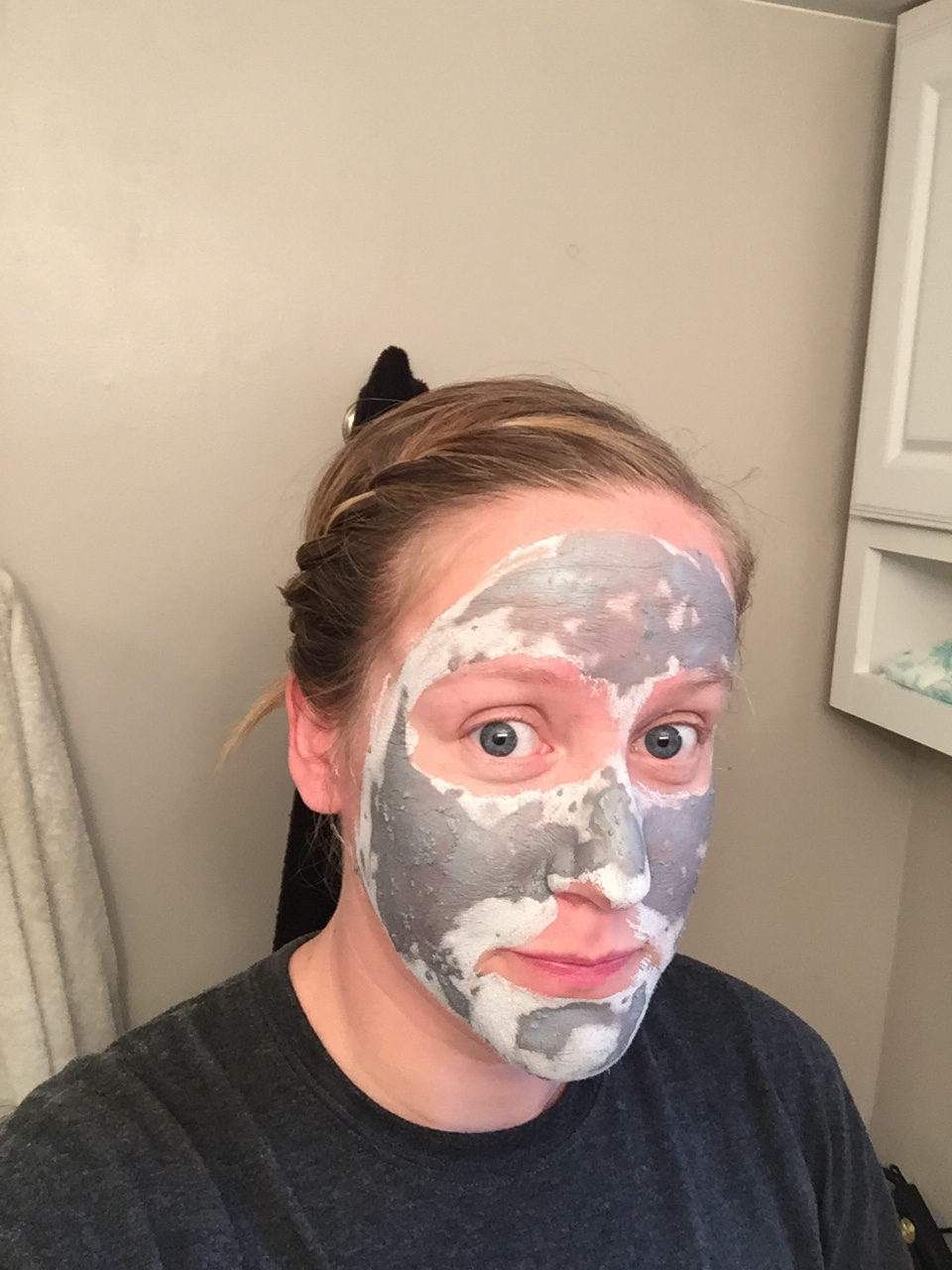 I would say it's a great dupe for the Glamglow Mud mask which is almost $70! I think this was $20? So much cheaper and just as good, I think.
Today we were busy at the house trying to get crap done. Cory finished installing the fireplace a couple weeks ago 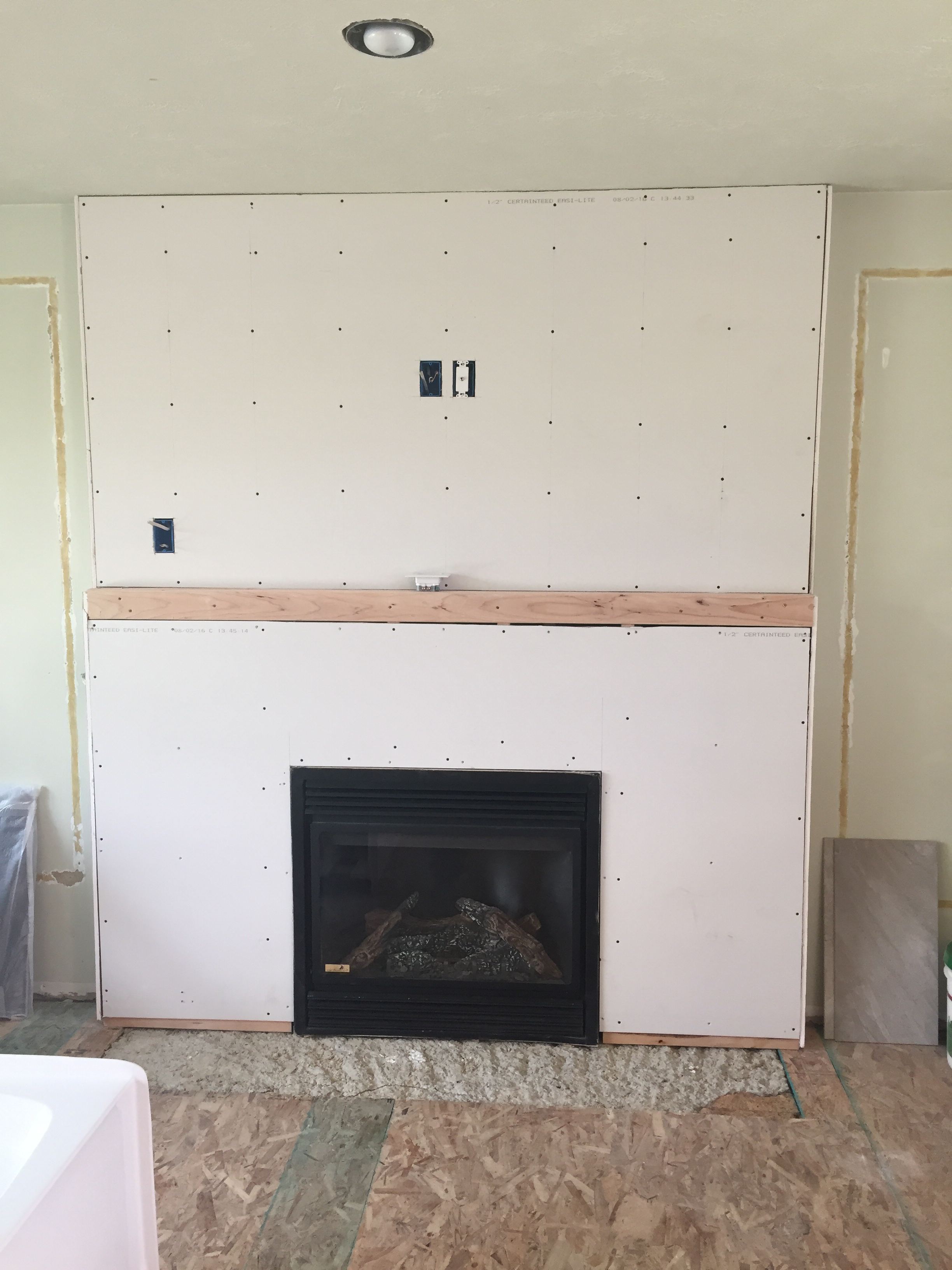 Today we worked on installing our bathtub!! 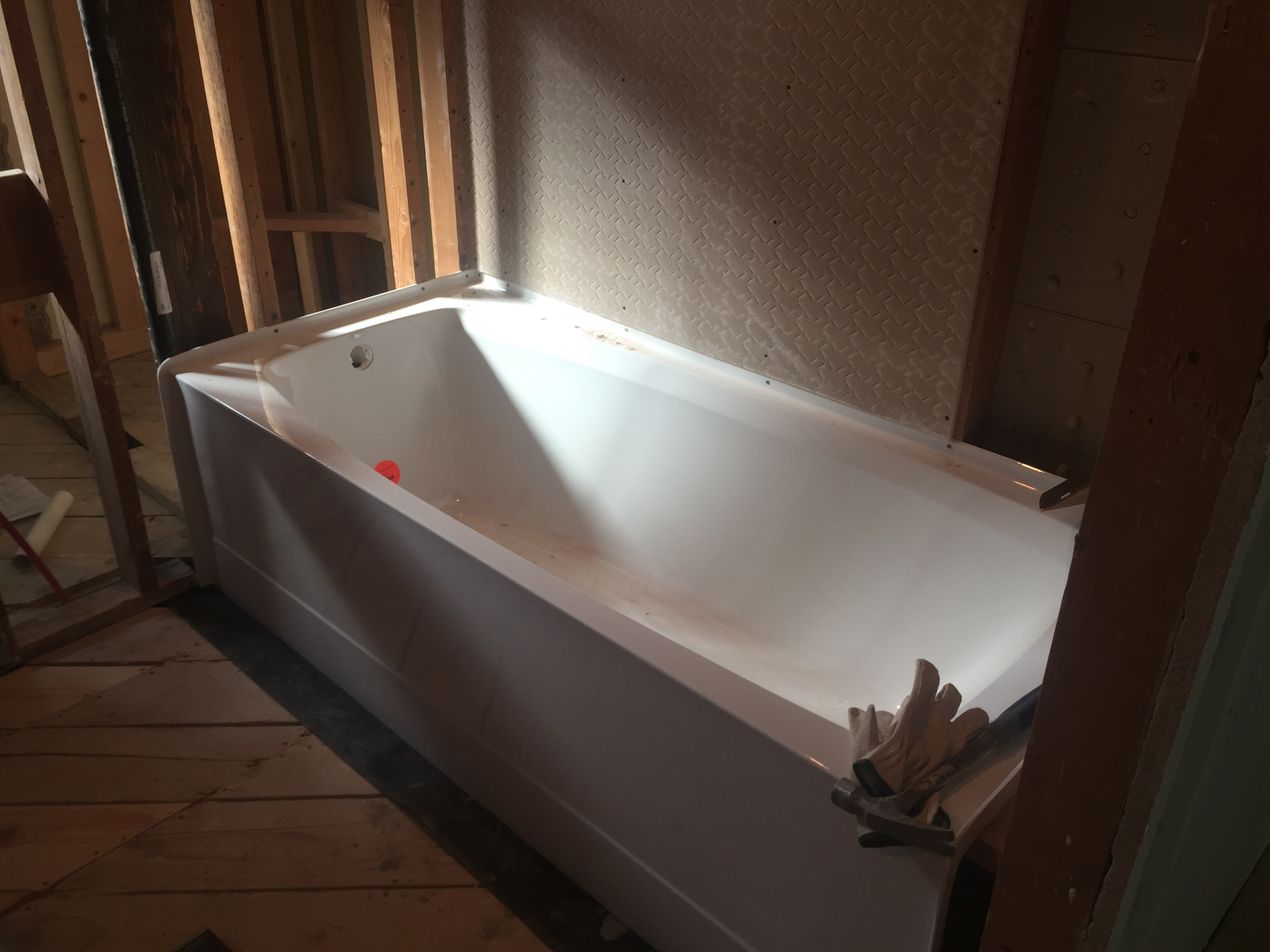 I literally cannot wait to use this baby! 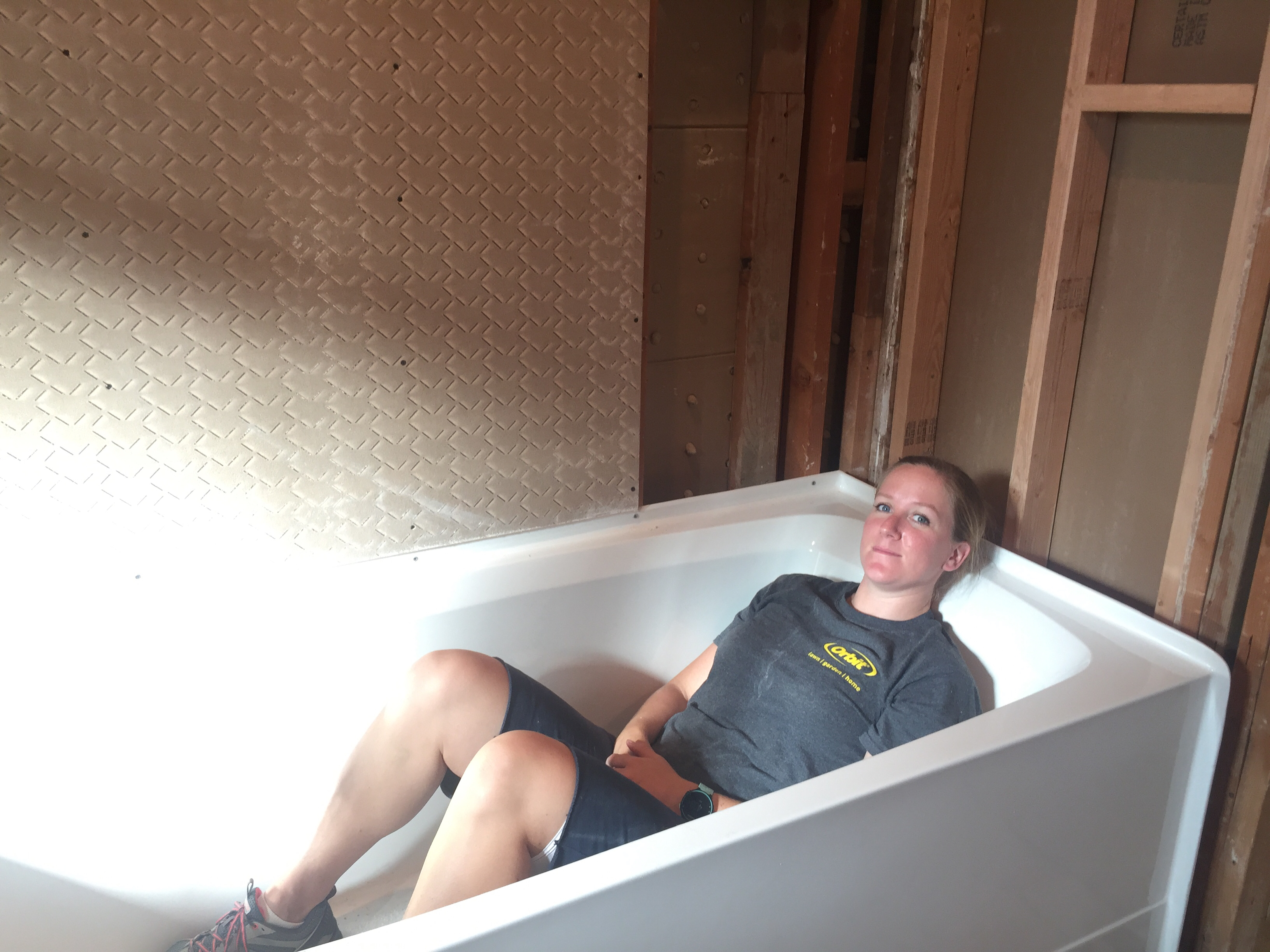 It took a while to put in because we had to put a mortar base down first. Then we worked on installing the Sheetrock around the tub, but didn't get that far before we got worn out.
While Cory figured out the plumbing for the tub I made this nifty little table all by myself! 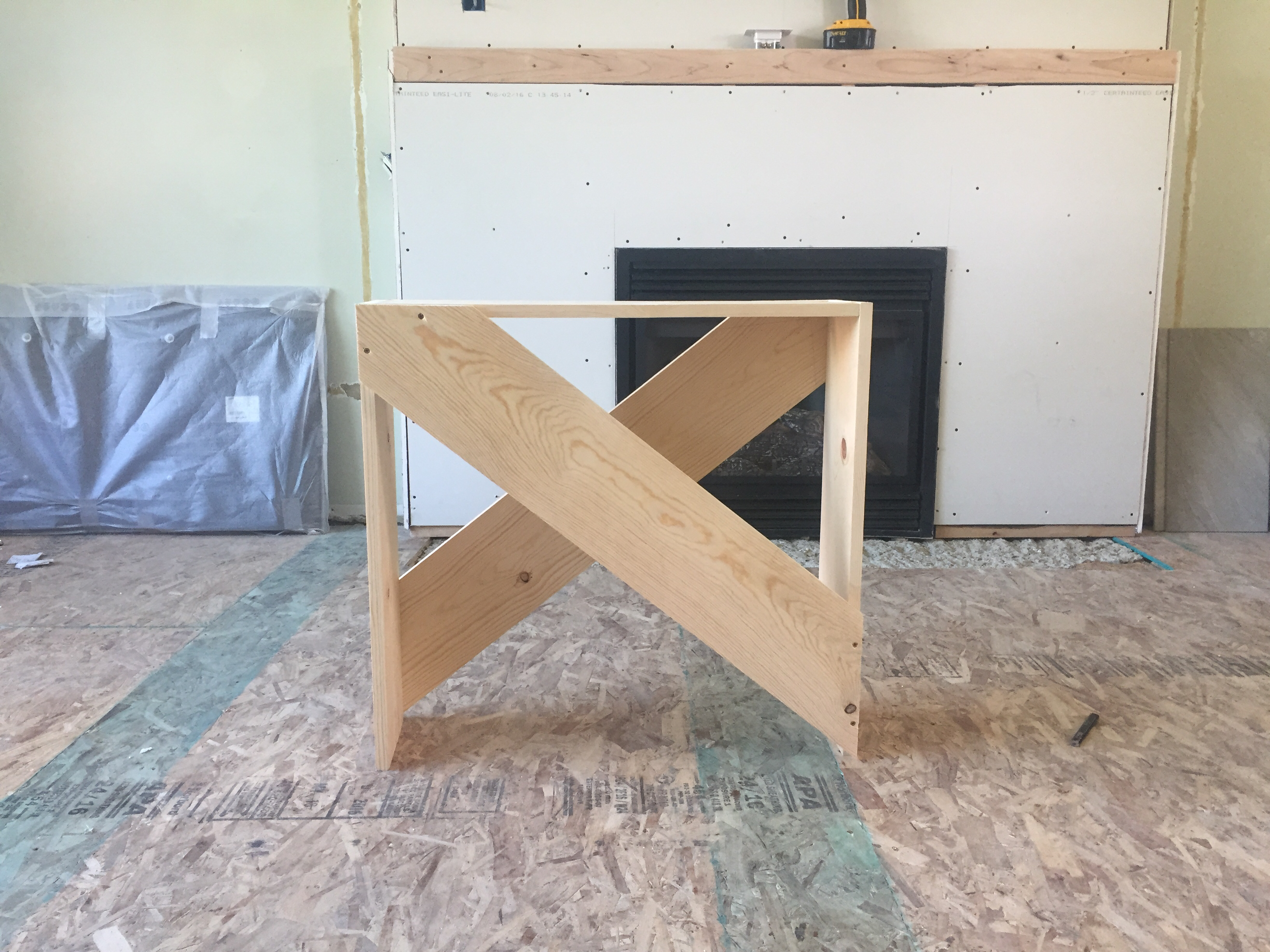 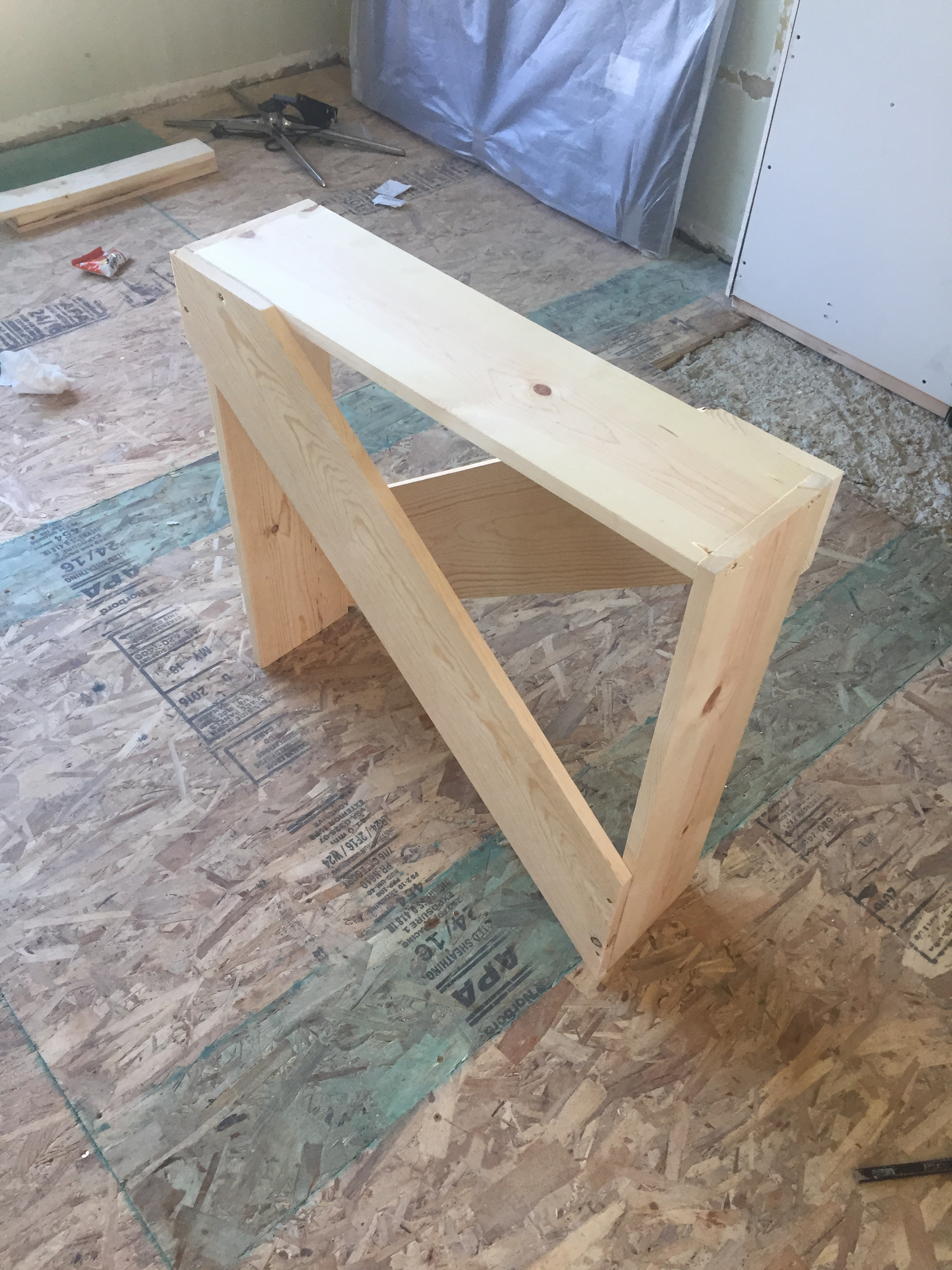 It was a Pinterest idea that looked easy and it was! It just needs some paint and distressing and hopefully it'll look just like this. 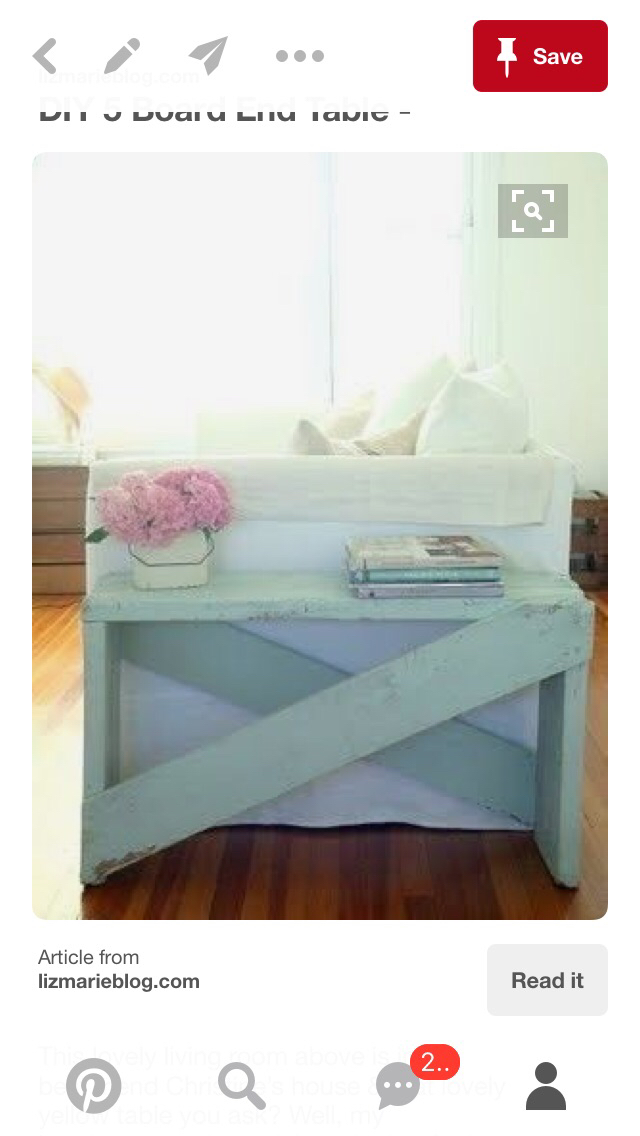 I'm pretty proud of myself. And excited to put it in a finished house.
Cory and I are finishing our night watching Earnest Scared Stupid, which I haven't seen in forever! Have a good one!

So sorry to hear about your dad 😢 Prayers that he heals quickly!!!