Brynlie has really taken an interest in her stuffed animals the last couple weeks. I'm learning she does have quite the sweet side, because she has the most adorable, mothering attitude towards them. The other day while in the car she was watching Zootopia. She had Curious George on her lap and I could hear her talking to him. I looked in the rear view mirror and she had his eyes covered and kept telling him everything was going to be ok during a scary part in the movie. 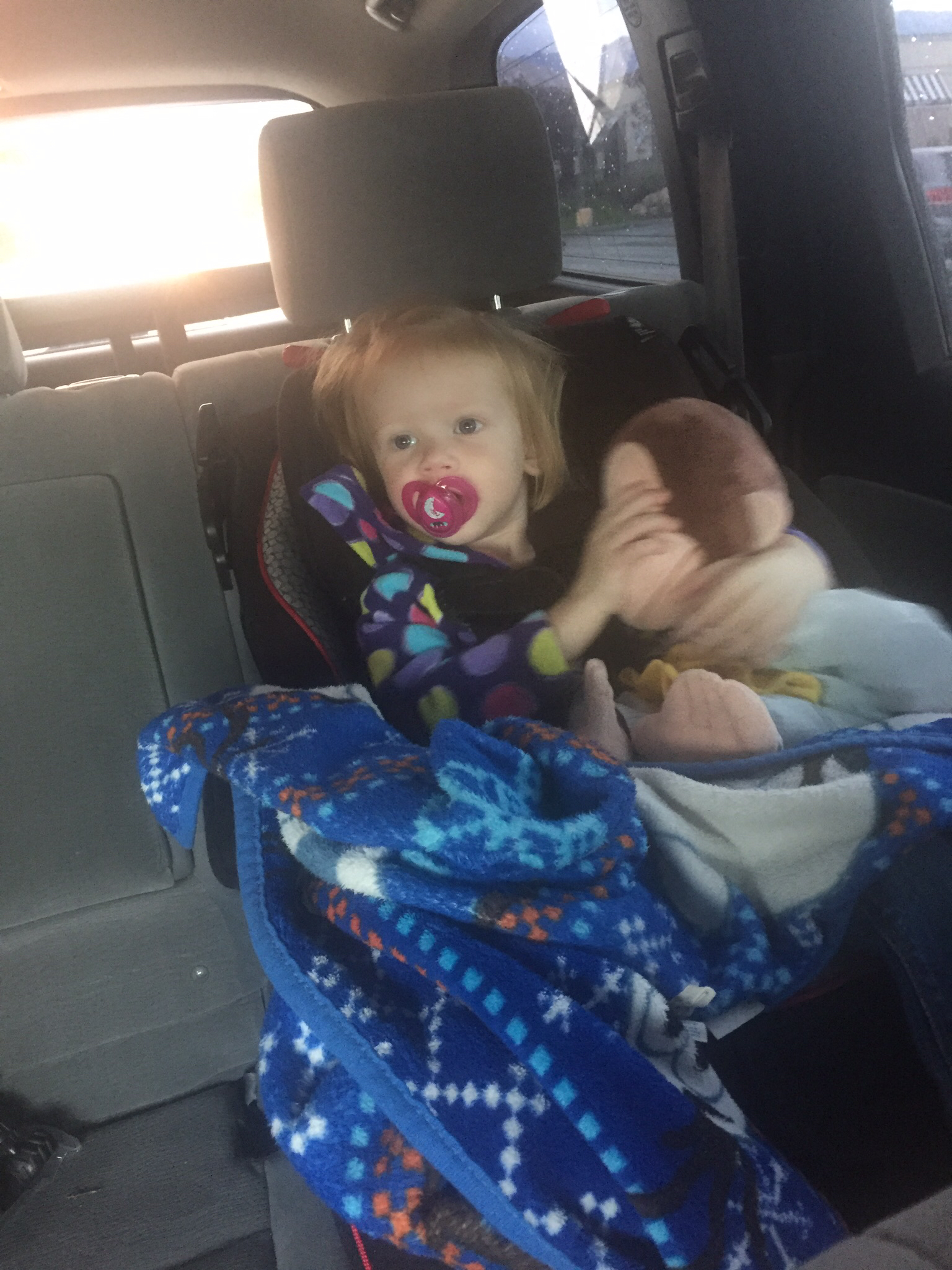 I was consumed with cuteness and couldn't look away! So much that I almost rear ended someone... lesson learned. Also, that freaking binki!!! I know it's way passed time to take it away from her, but Kennedy stopped napping when she lost her binki and I'm terrified B will be the same way. I wasn't worried because she only used it during sleep time, but lately she has wanted it all. The. Time. I need to just bite the bullet and get rid of it before things get any worse. Pray for me.
Thursday my mother-in-law watched the girls so I could go to the temple. 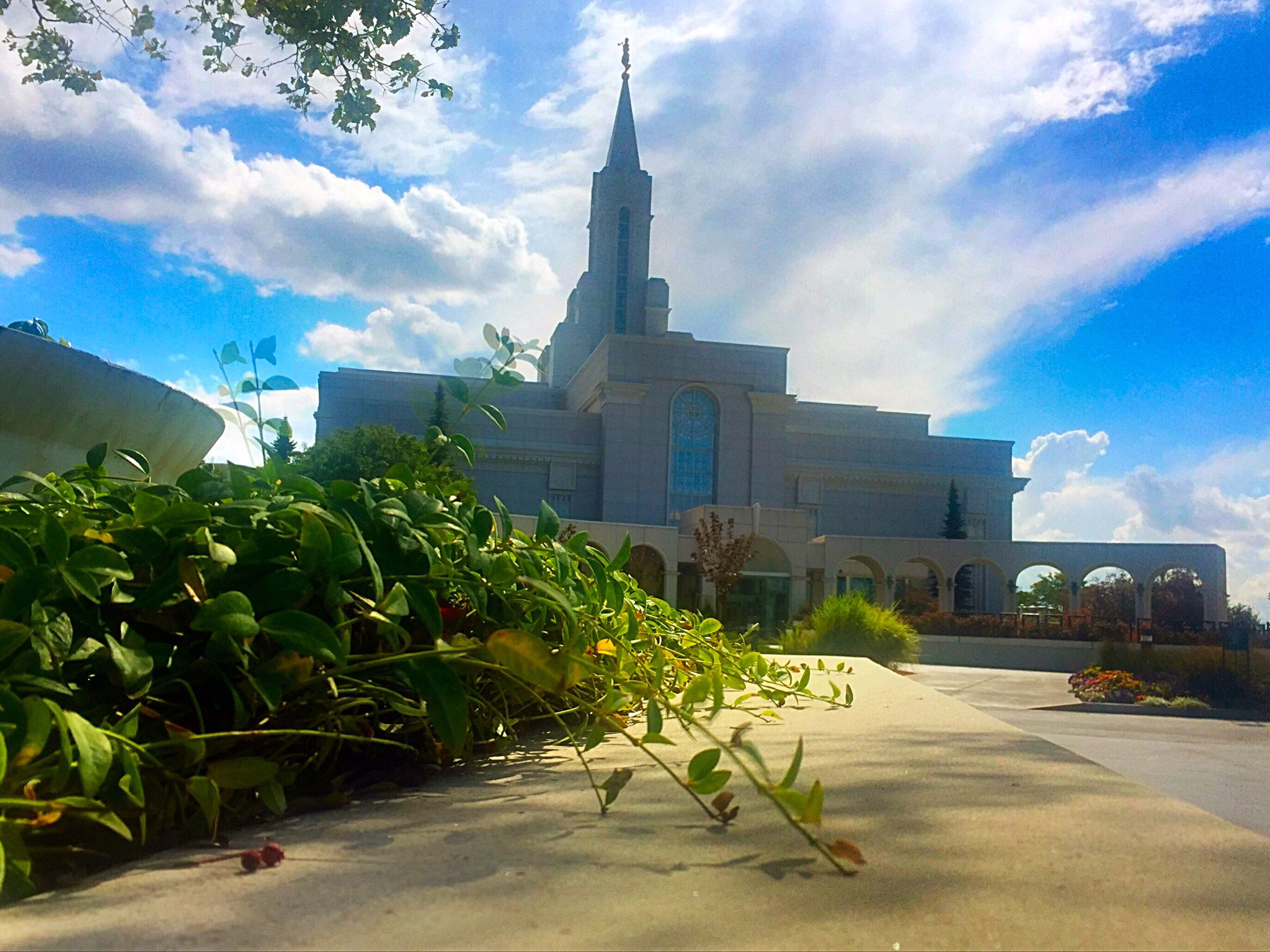 I kept having an impression all last week that I needed to go, and that I needed to go alone. I've never gone alone before, but the idea of taking all the time I wanted in the celestial room really sold me.
I thought since I had such a strong feeling to go alone that I was going to have some grand, spiritual experience. I didn't. I did go in with a lot of questions and concerns on my mind, and when I thought about what to do I felt peaceful. It was really nice to have some time to myself and just feel the peace and comfort of the temple. Forgive the terrible look on my face in this picture, I was trying to take a discrete selfie haha! 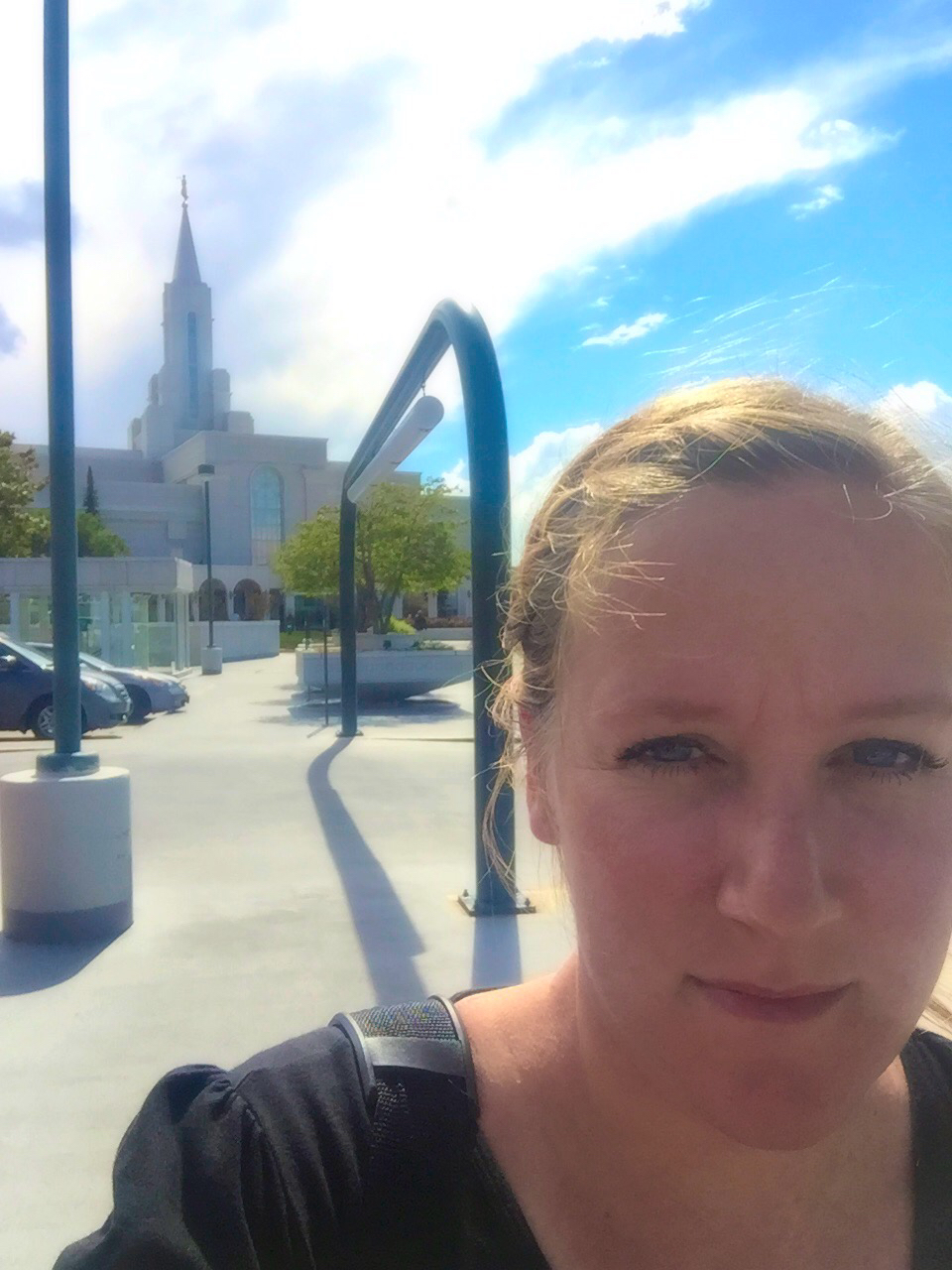 Kennedy was really excited to have me back after almost 3 hours. 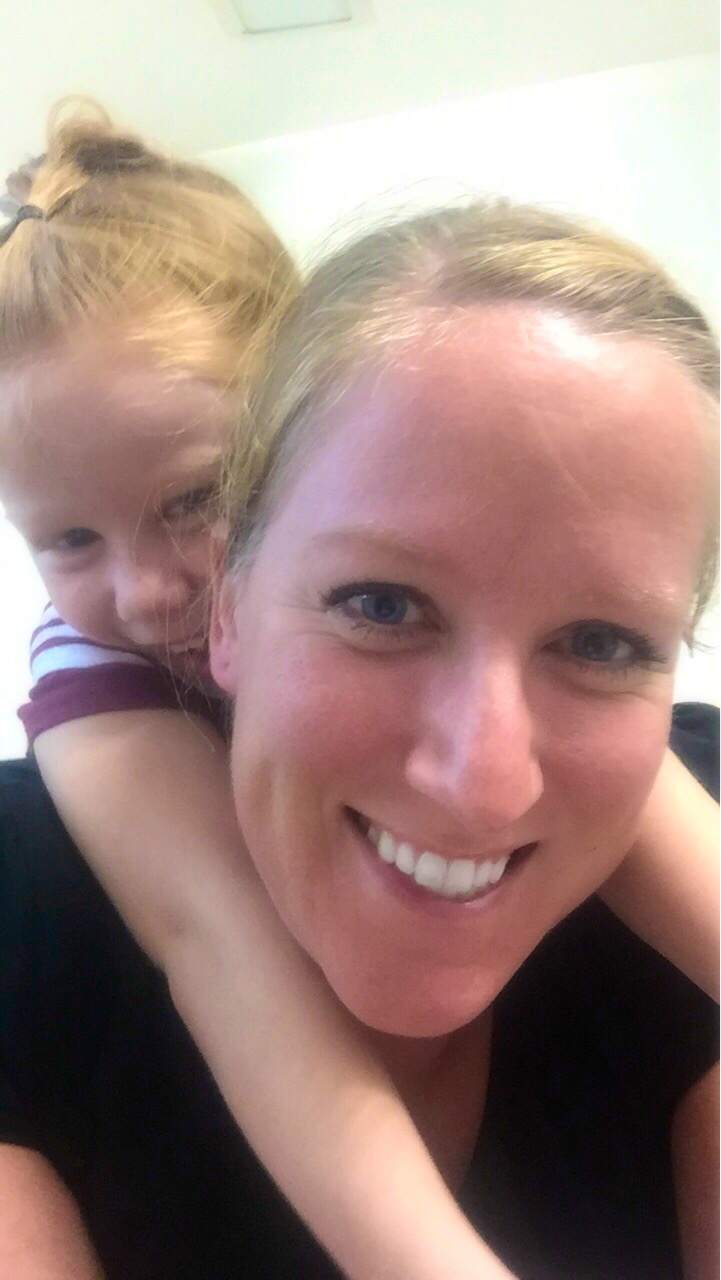 So in case you hadn't heard, Utah got some pretty crazy weather this week! 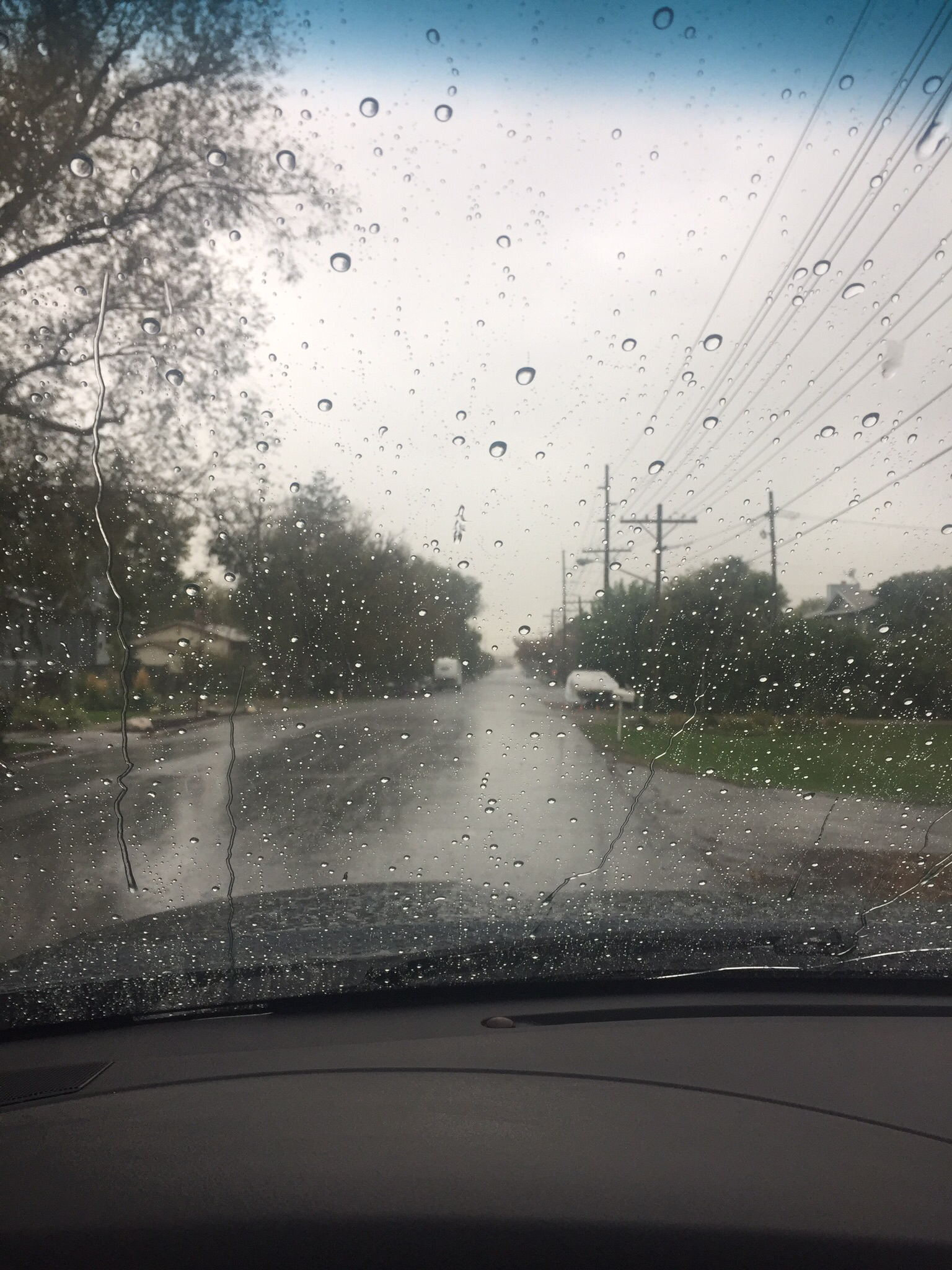 We've had tons and tons of rain. We were at our house working when the cold front blew in. We could see the whole thing coming at us super fast. It was cool and kinda ominous. 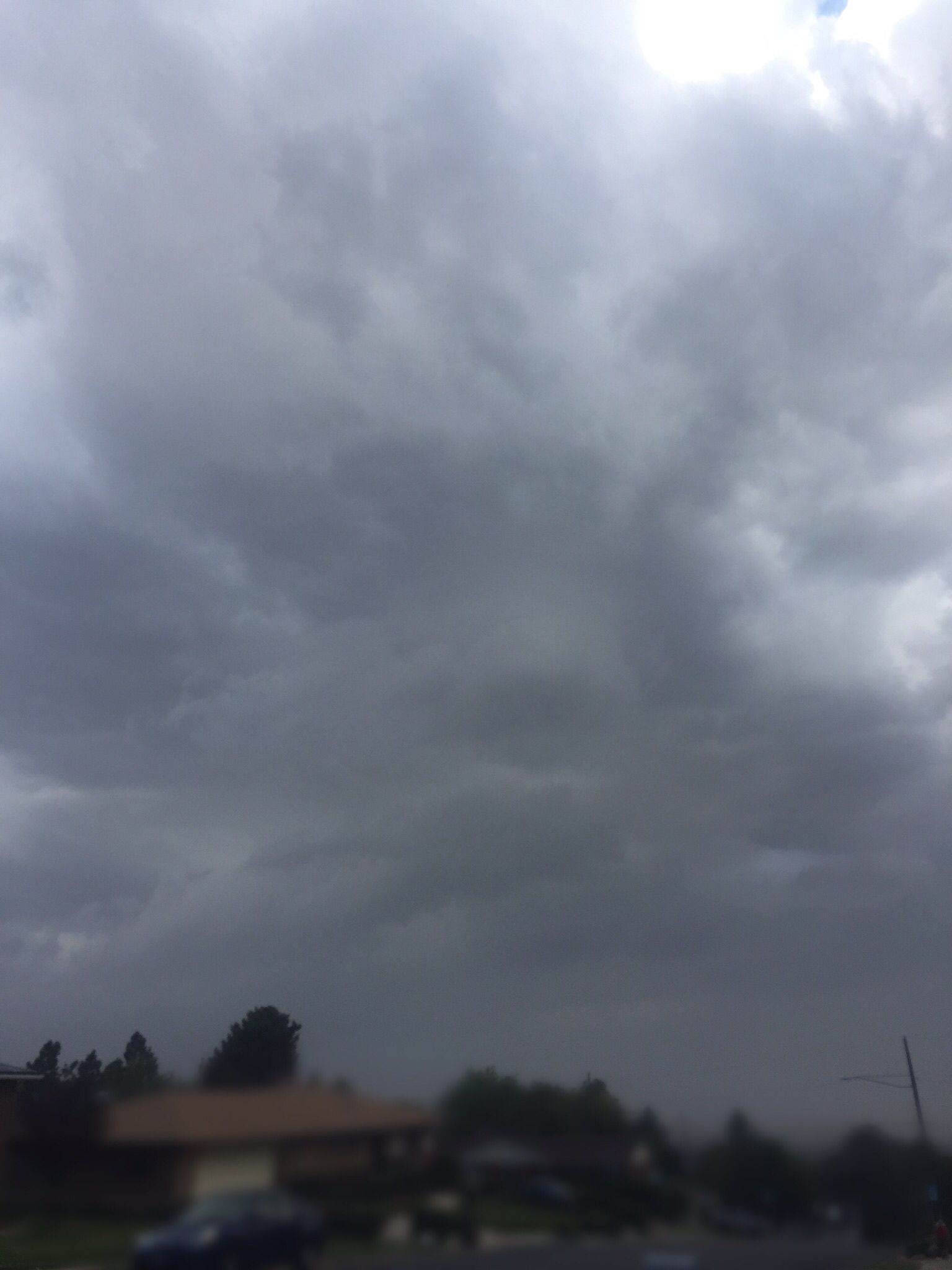 We frantically pulled the girls off the trampoline and got them in the car before the rain really hit. And boy did it hit!!! It came down so hard!! It was deafening in the car! 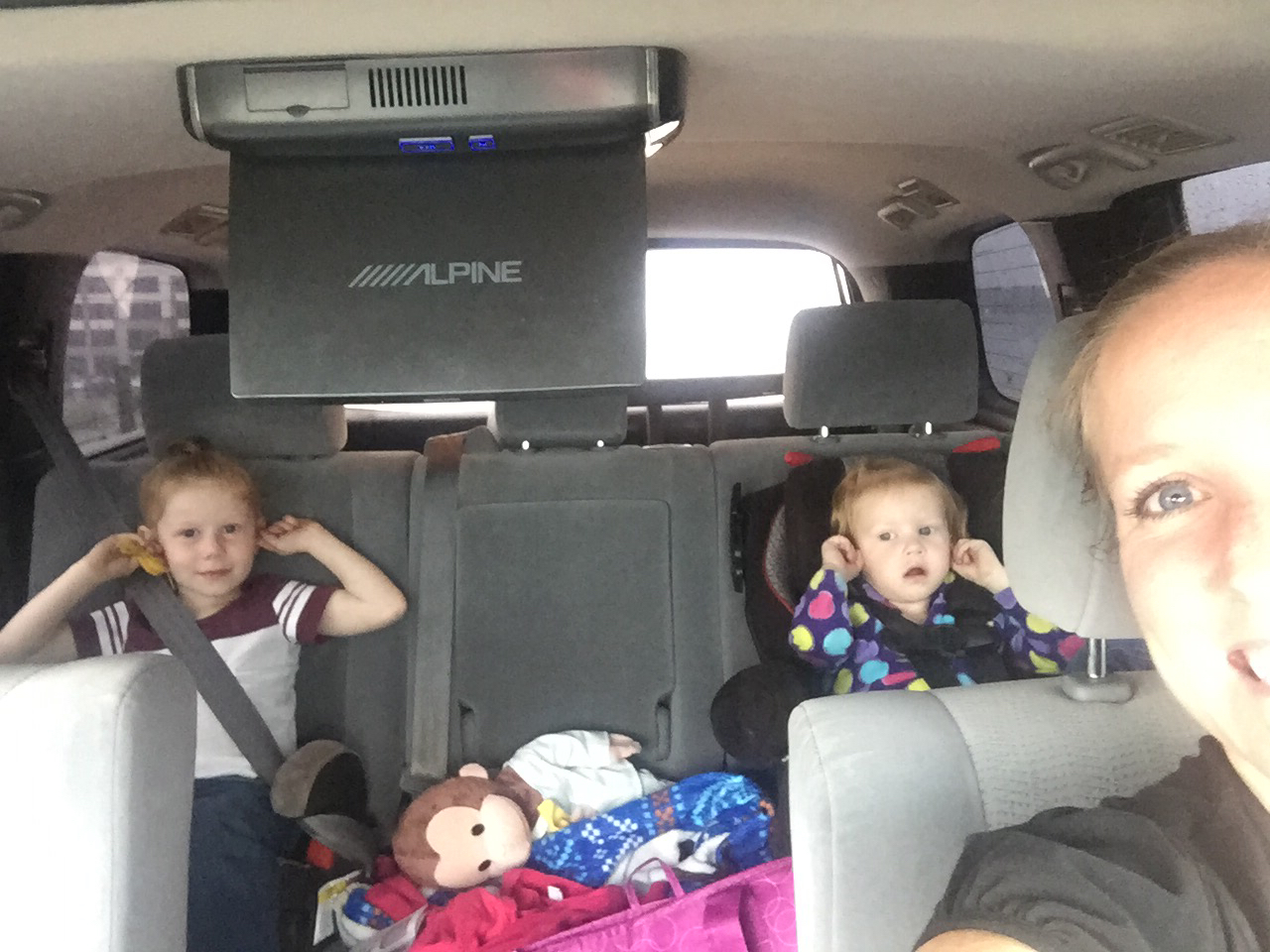 After several terrifying hydroplaning instances on the freeway, we finally made it home and the rain just never stopped. In fact, there was even a tornado just north of us! Crazy stuff!! The next morning, we basically boated to the gym. I've never seen so much water on our roads! 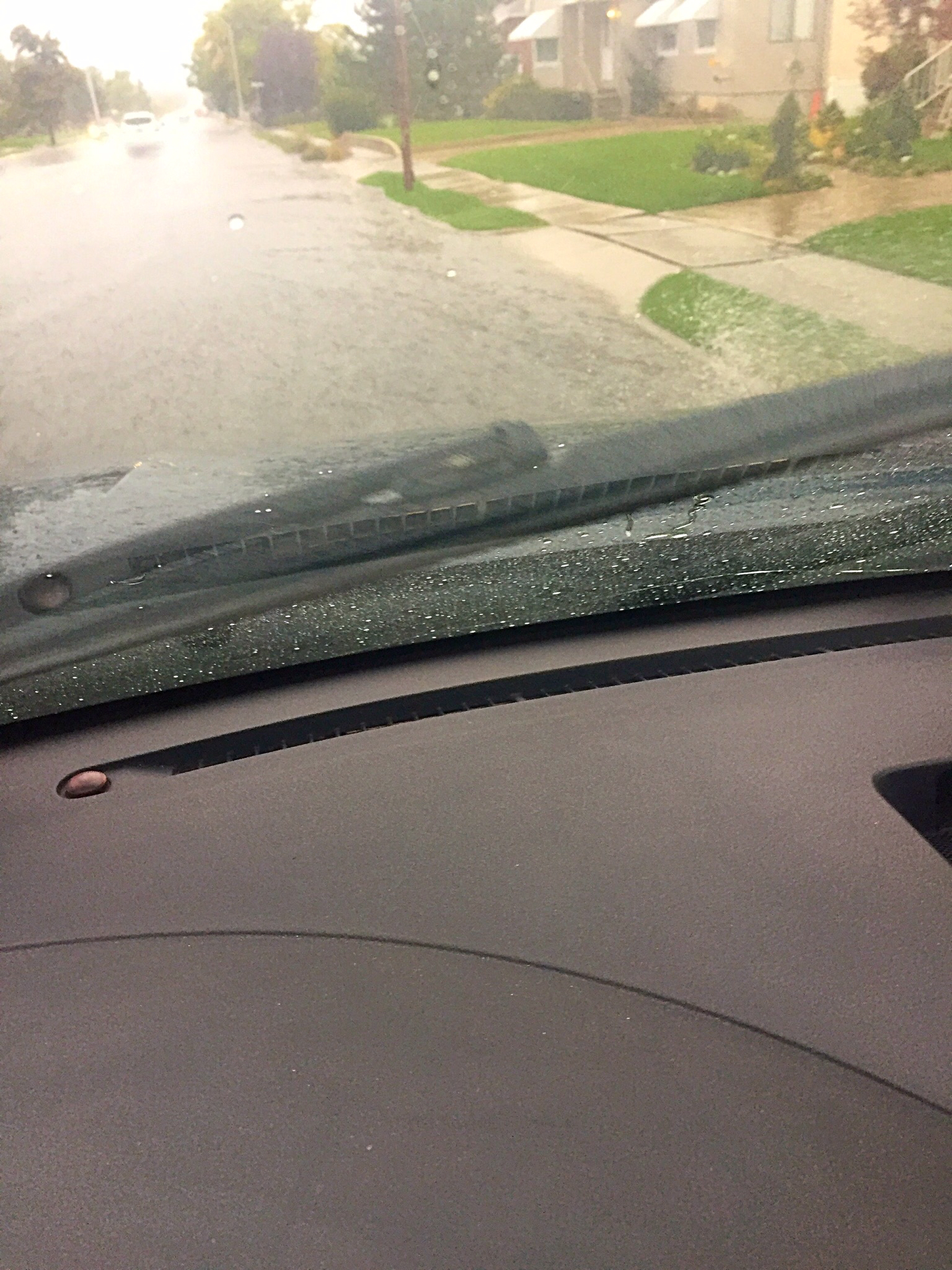 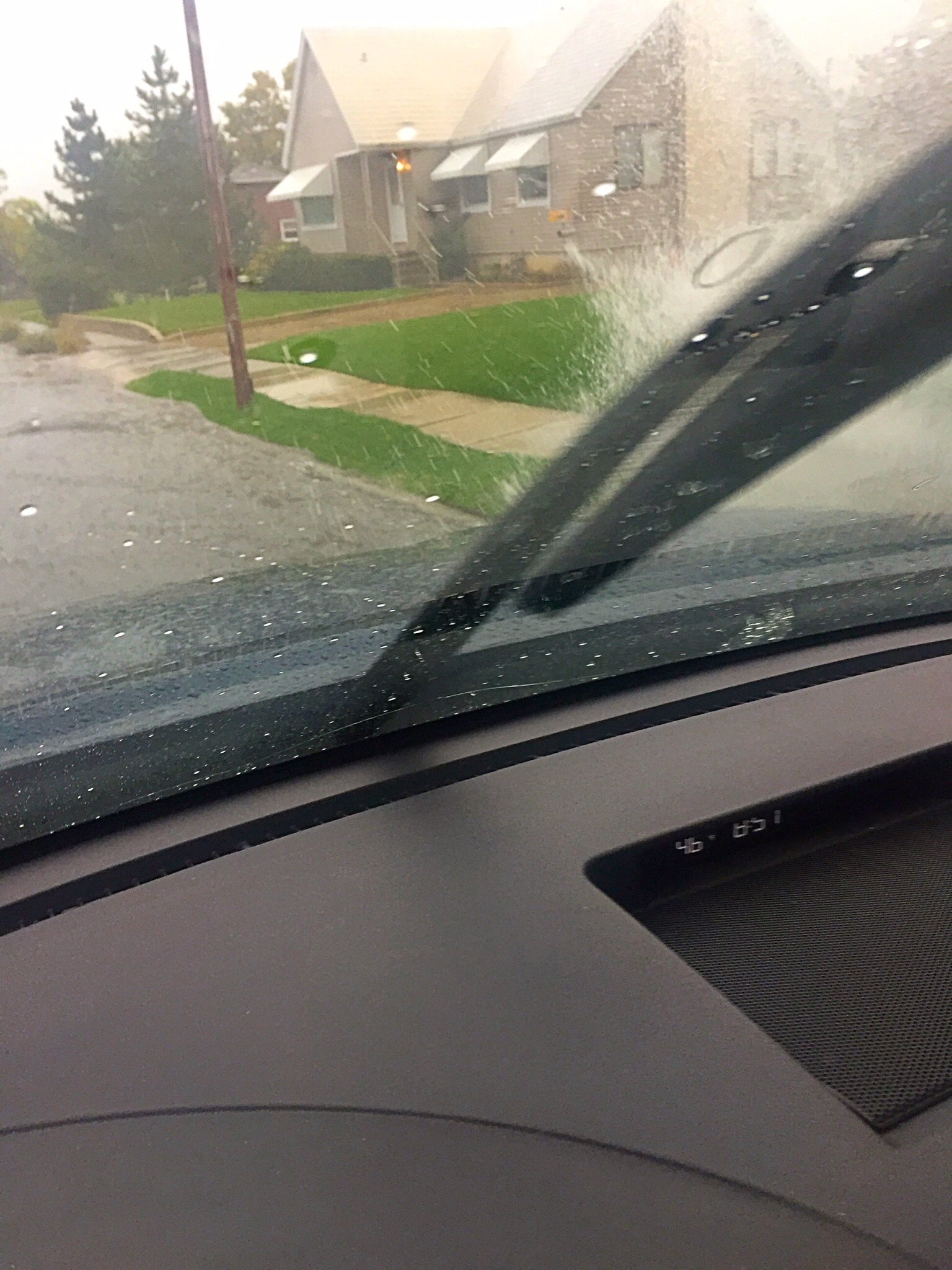 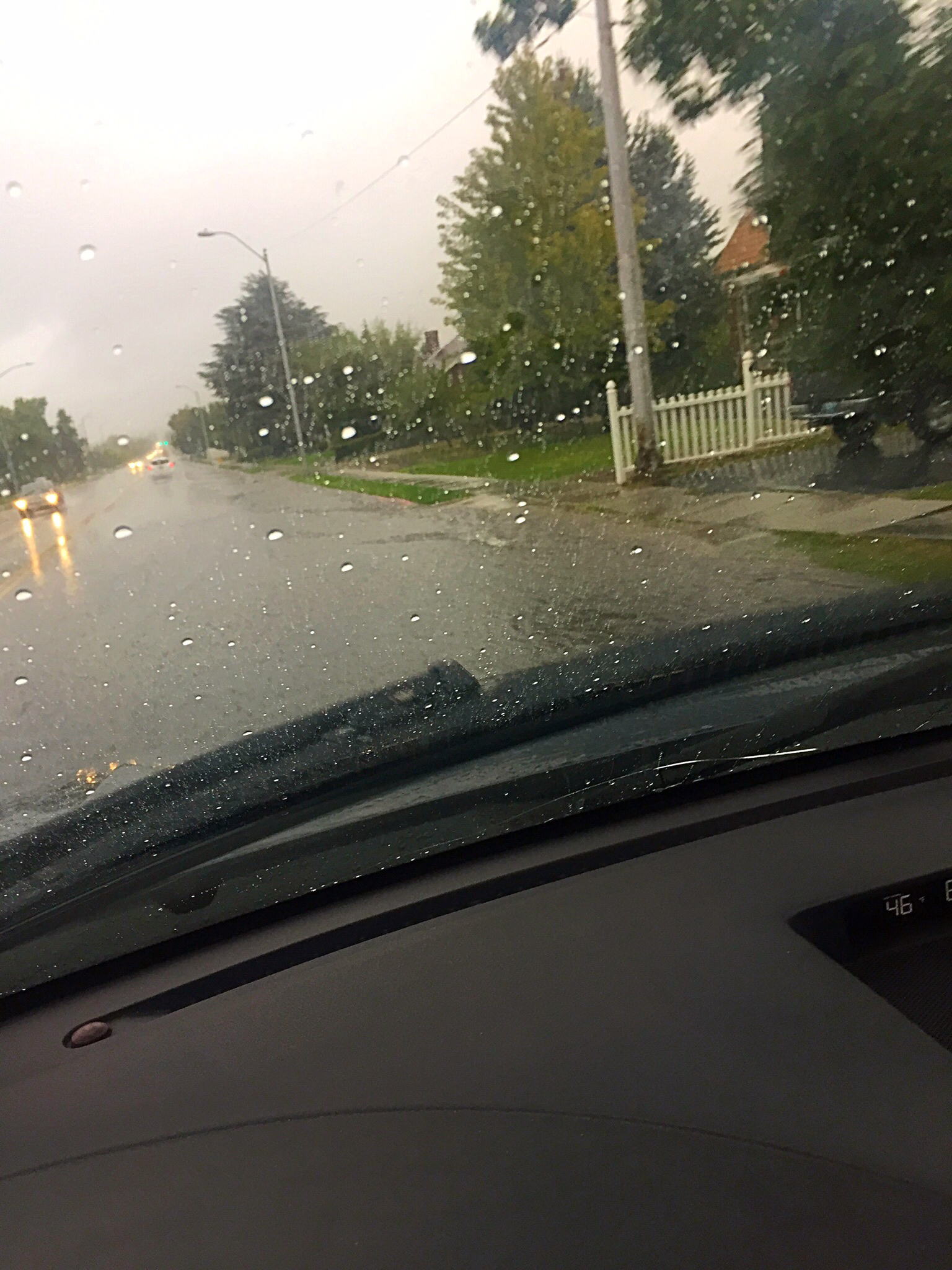 I was one who really welcomed the change in weather because I finally got to wear a hoodie!!! 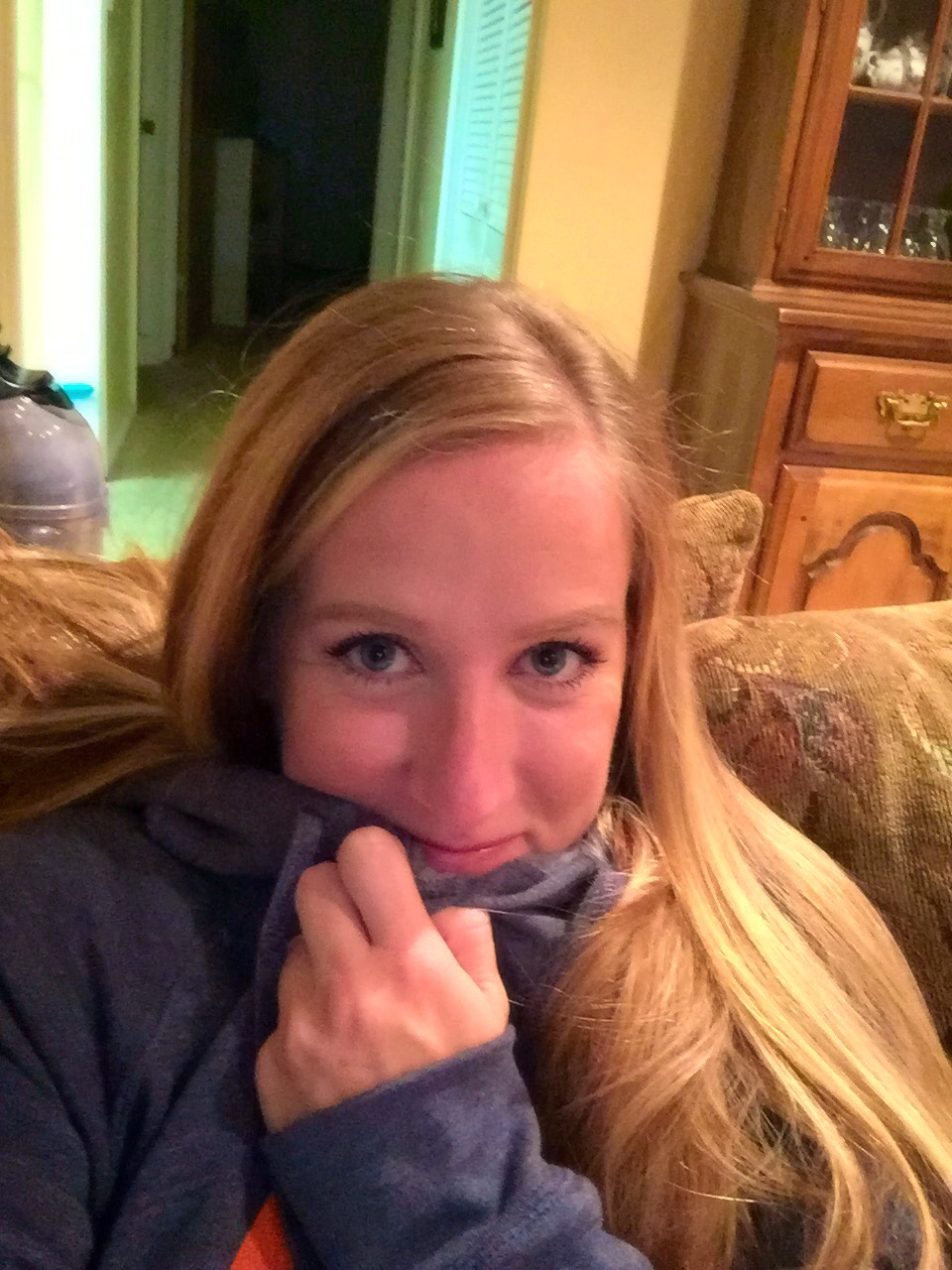 Man I love those things. As a person who gets hot abnormally easy, I'm ready for cooler temps.
I made the simplest and most delicious dinner ever the other night. 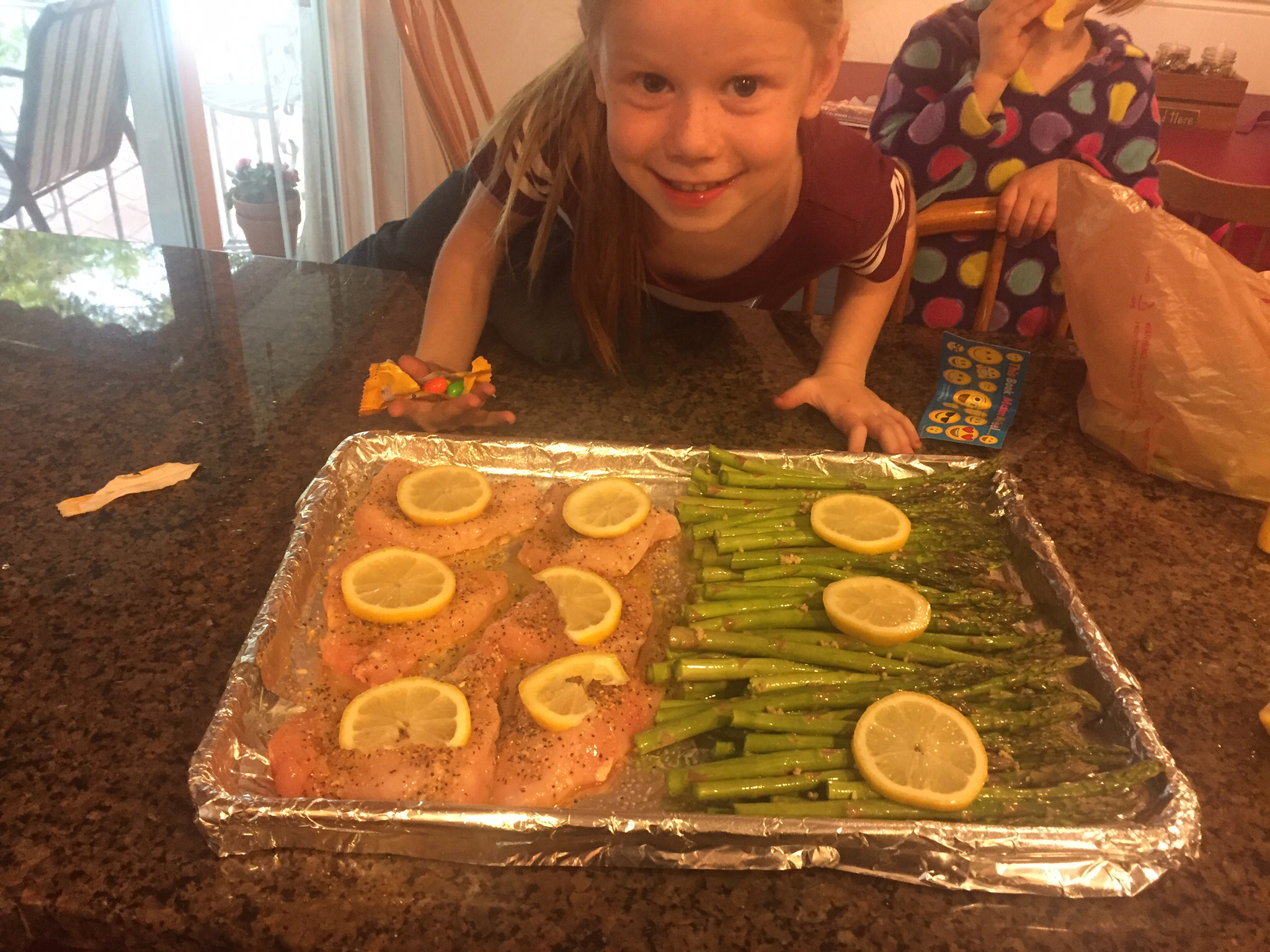 It was just chicken breasts pounded down so they were thin, lightly coated with olive oil with lemon juice and lemon pepper on top, next to asparagus also lightly coated in olive oil, with lemon juice spritzed over it and minced garlic thrown on. I tossed the pan in the oven at 400 degrees for 25 minutes, made a salad to go with it, and boom! We had an awesome dinner with almost no clean up! *applause* Give it a go!
So one of my favorite running partners is finally back from a baby hiatus and we planned to run together this morning. We planned a mountain run and decided to go despite the rain refusing to stop. We stayed dry at first 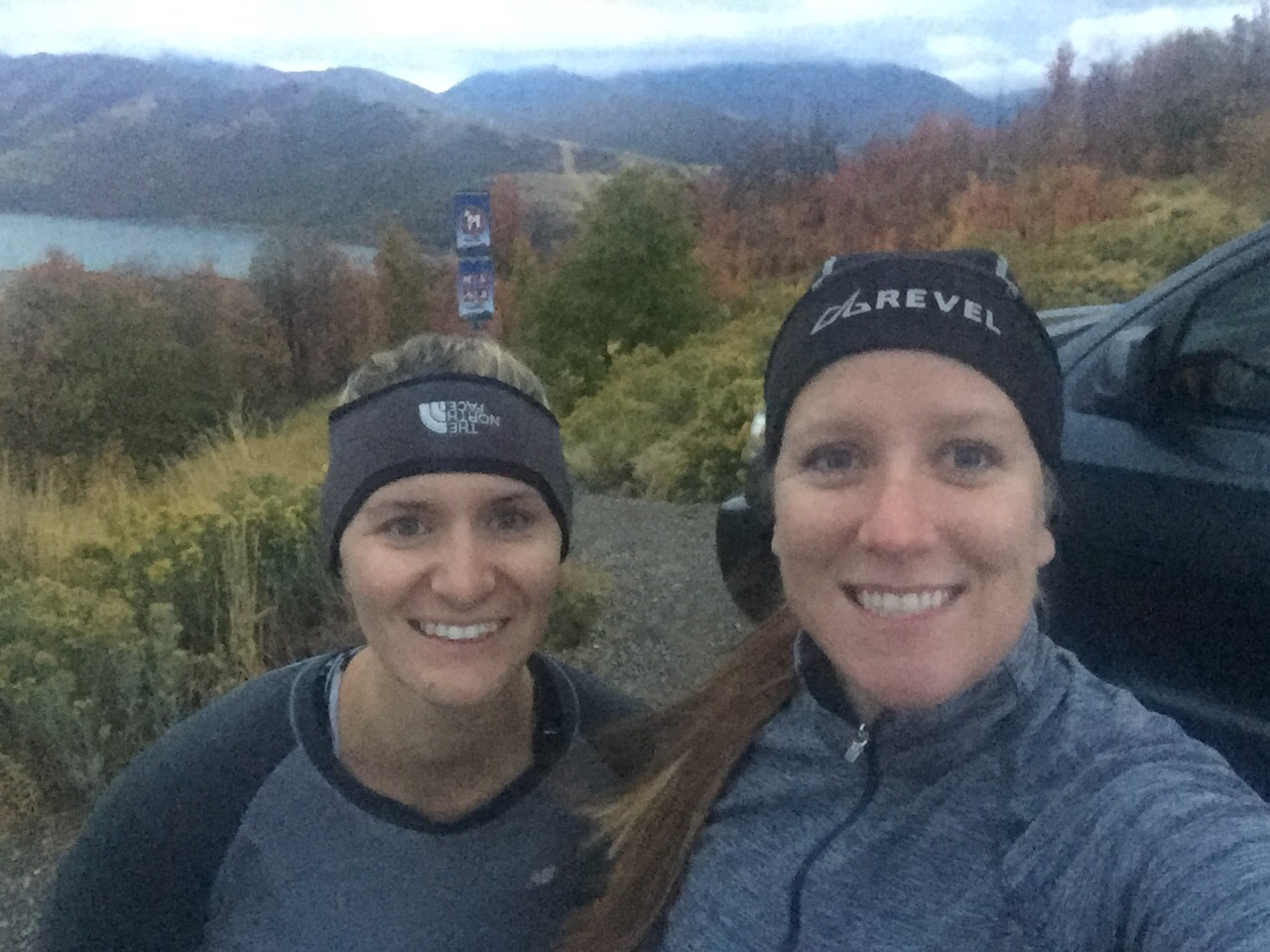 But about a mile in the rains came down and the floods came up, and didn't stop until about 15 minutes after we were done. We were drenched, but it was actually tons of fun! It was one of those runs to remember. The last time we ran together in the mountains we got snowed on... so this is a step up! This is our we're-soaked-but-happy after picture. The wind was really blowing at this point so we look super attractive. And cold. 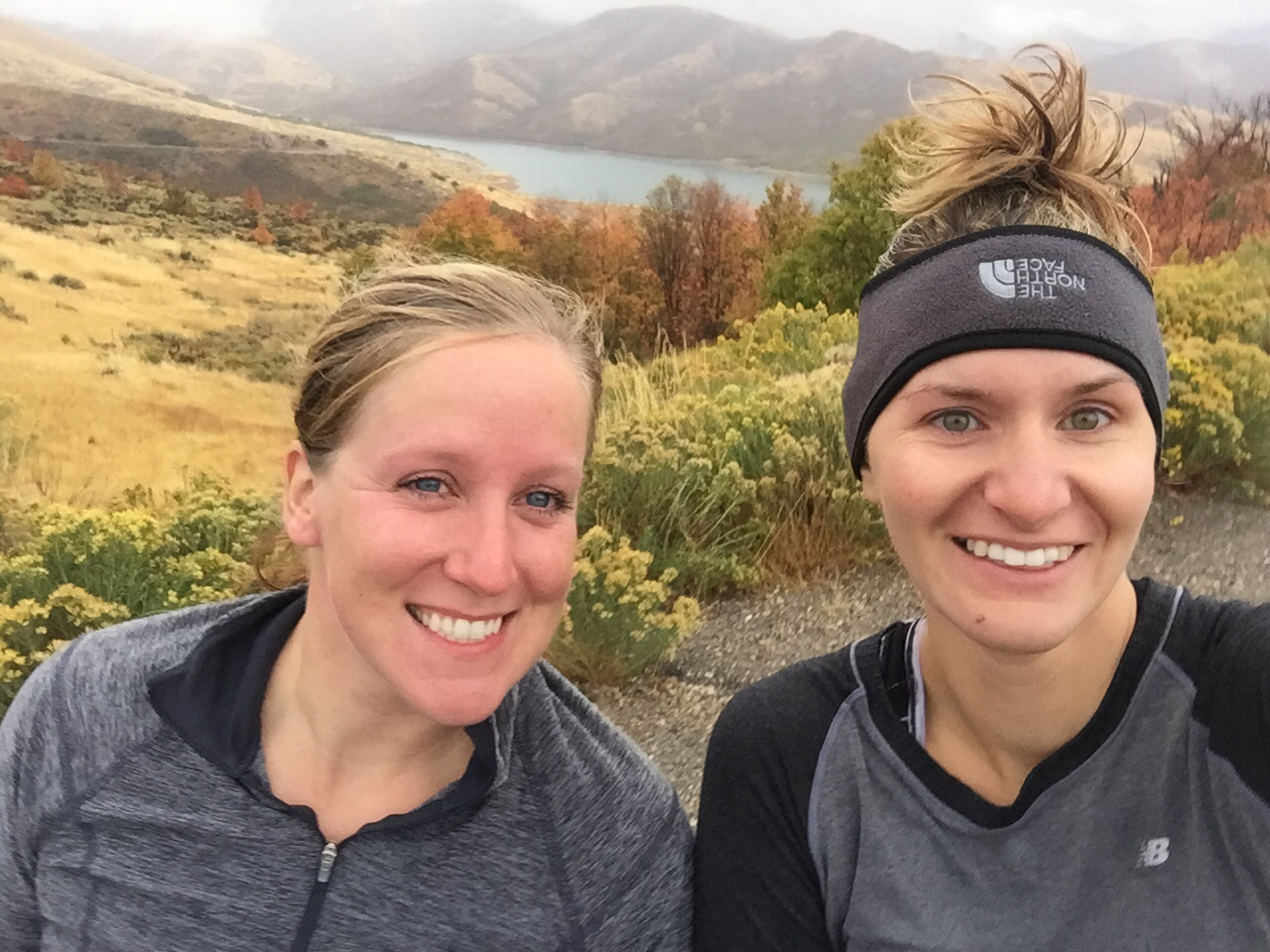 8 soggy, fun-filled miles with my running buddy! We also got to spend some time with an irritated and spooked bull moose! So there's that. We both scared each other when we unknowingly ran past him and thankfully he ran the other way instead of charging us... when we were done he was out in the road and extended our commute time since we didn't dare pass him, but it was cool. Those things are so huge! It amazes me every time I see one. 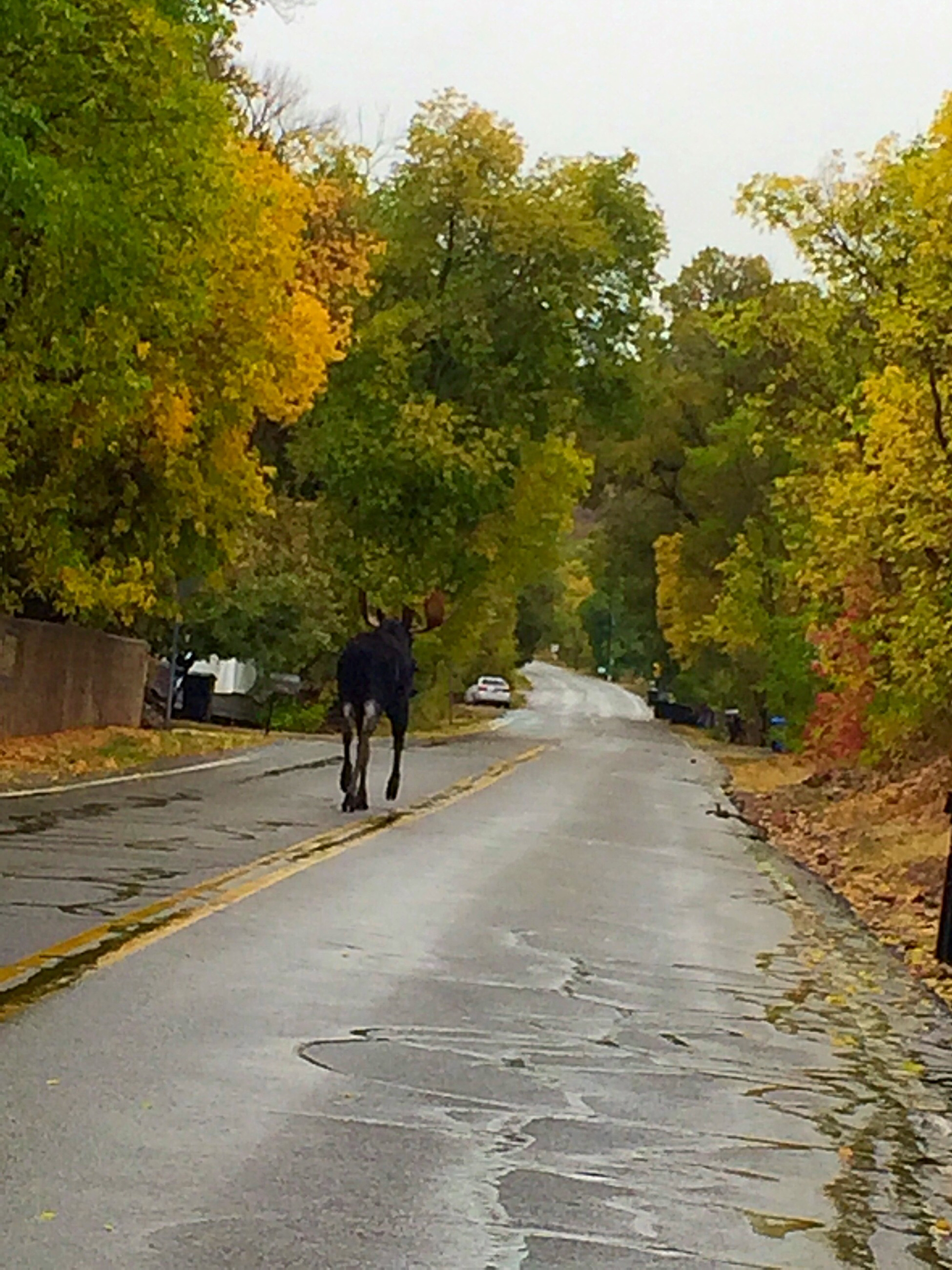 And check out the epic rats nest my hair morphed in to! That was fun to comb out. 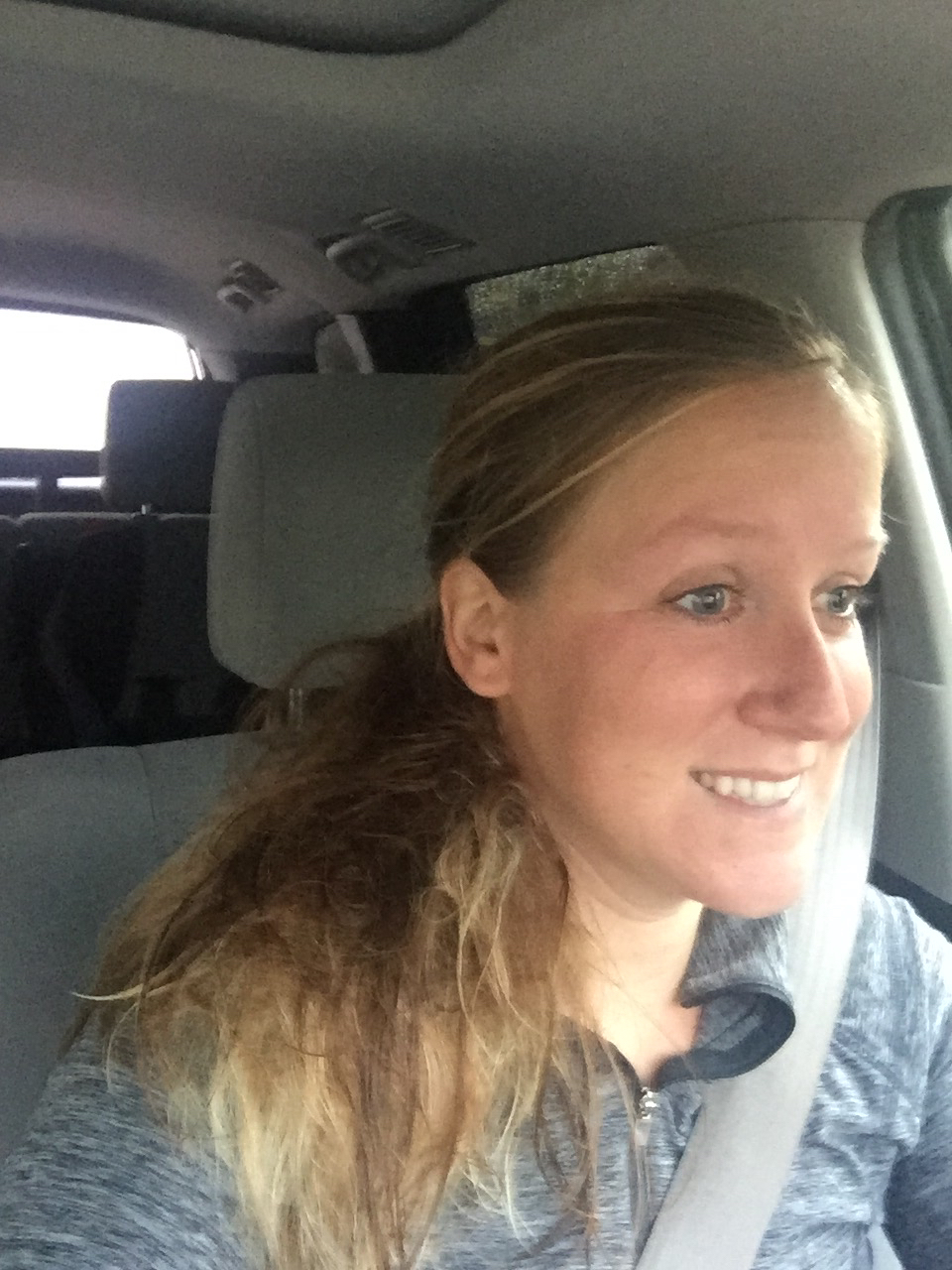 So my love for the rain in this post stops here, because we went to work on our house today (planned to install our bathtub) when we noticed the buckets of rain fall had caused our basement to flood. Every single room had water in it; some places it was a couple inches deep. We have been storing all our stuff down there; furniture, electronics, keepsakes, boxes and boxes of stuff, and lots of that was sitting in water. 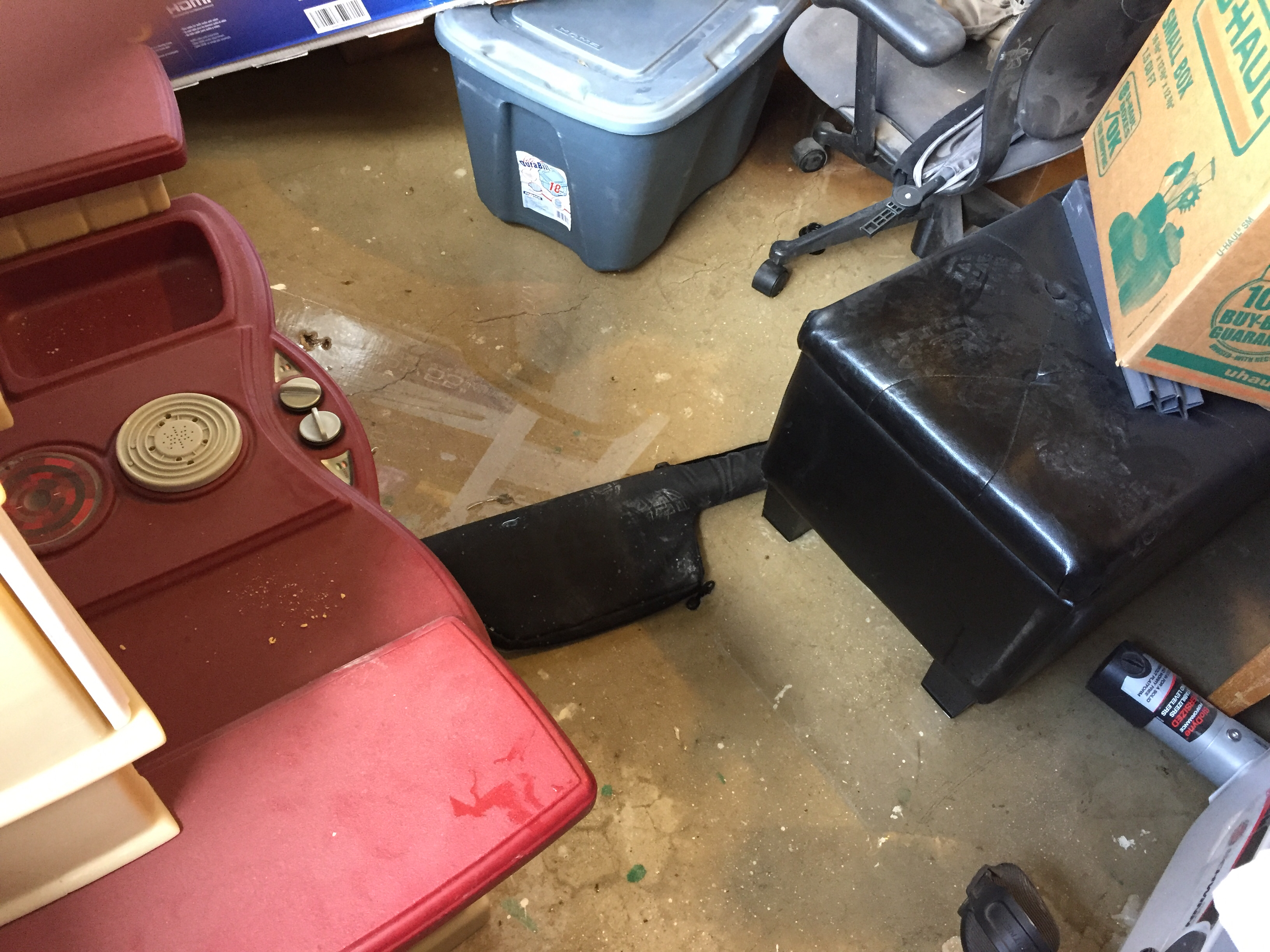 Cory and I both flipped out. He got super angry and I started crying. After we got done yelling at each other, we got some shop vacs and started sucking the water up. But since our yard is still saturated, it just kept filling back up again within minutes. Cory's family and my brother showed up in record time and totally saved our butts!! We wouldn't have been able to do it all without their help. We moved everything that was wet to a dry spot to air out. Somehow, nothing was damaged. Nothing. All our furniture amazingly stayed dry. Our new 55" TV was submerged and just the box was wet. All the boxes that were so wet they were falling apart either had glass/plastic items in them or they were clothes or blankets, things that can easily be washed. We spent the rest of the day elevating ALL of our stuff (we basically moved again today) and sucking up water over and over and over again. I'm sure it'll be days before the water stops coming in. Thankfully we didn't have any carpet or flooring down there that we cared about. So that made clean up easier.
I think the most frustrating part was knowing this will easily happen again. Yes, we got a lot of rain, but that happens more than once here. We can't finish our basement in the future until we have this problem fixed, and it'll probably be expensive! All of our neighbors also had flooded basements, and one told us it happens to them every time it rains hard. So we will have to figure out something. But for now, hopefully all of our stuff will stay dry and protected if it happens again. But what an exhausting and frustrating day! And we lost an entire day of work on the upstairs. But we are so thankful our family came to the rescue and that nothing was lost. We're trying to count our blessings.
Before we noticed the public pool in our basement, Kennedy was making an adorable house out of the bath tub box, compete with curtains! 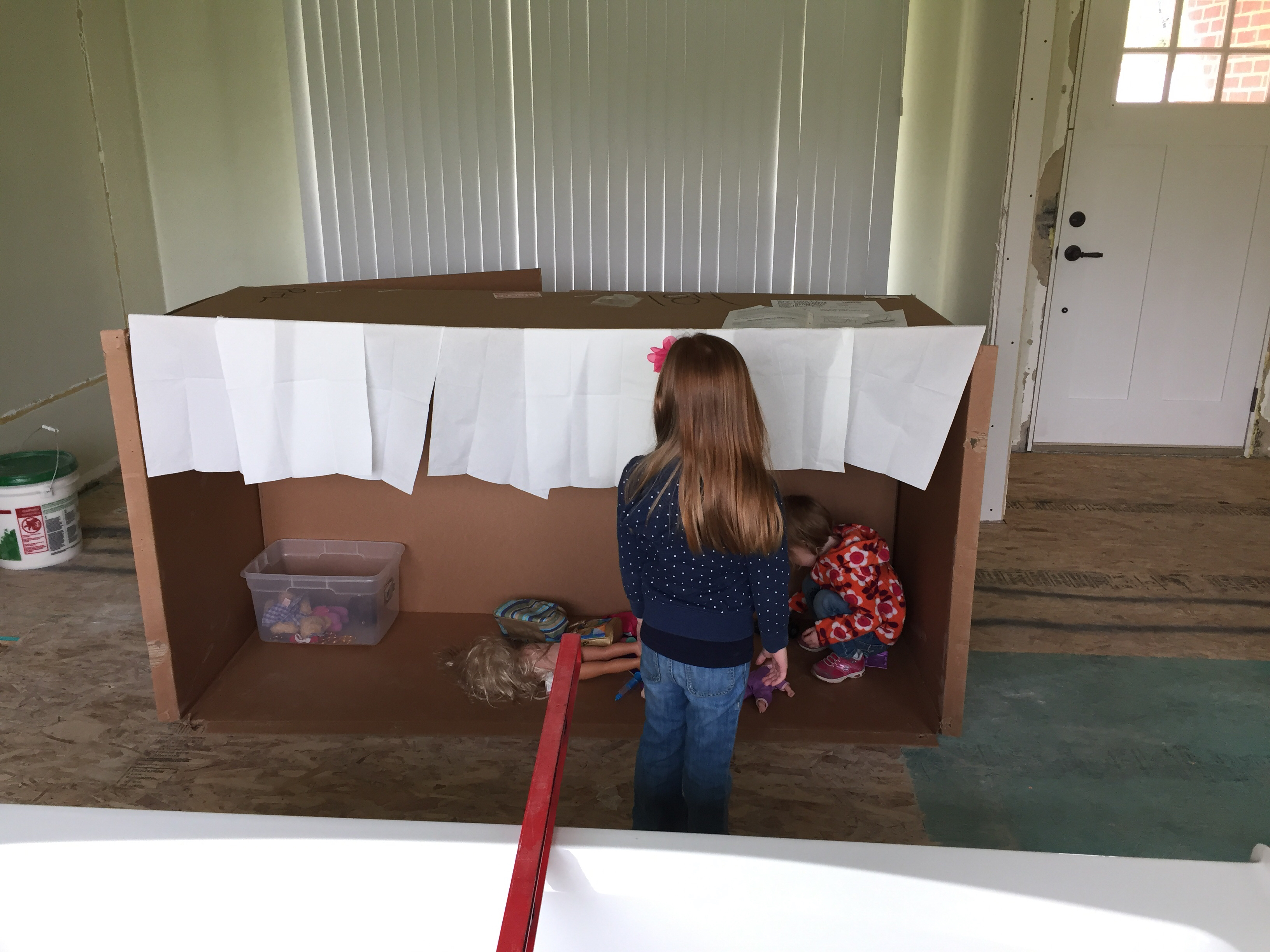 The imagination in this little girls head is incredible (and I'm not referring to the curtains lol). The more she opens up and talks, the more astounded I become at her miraculous brain. She is so smart! 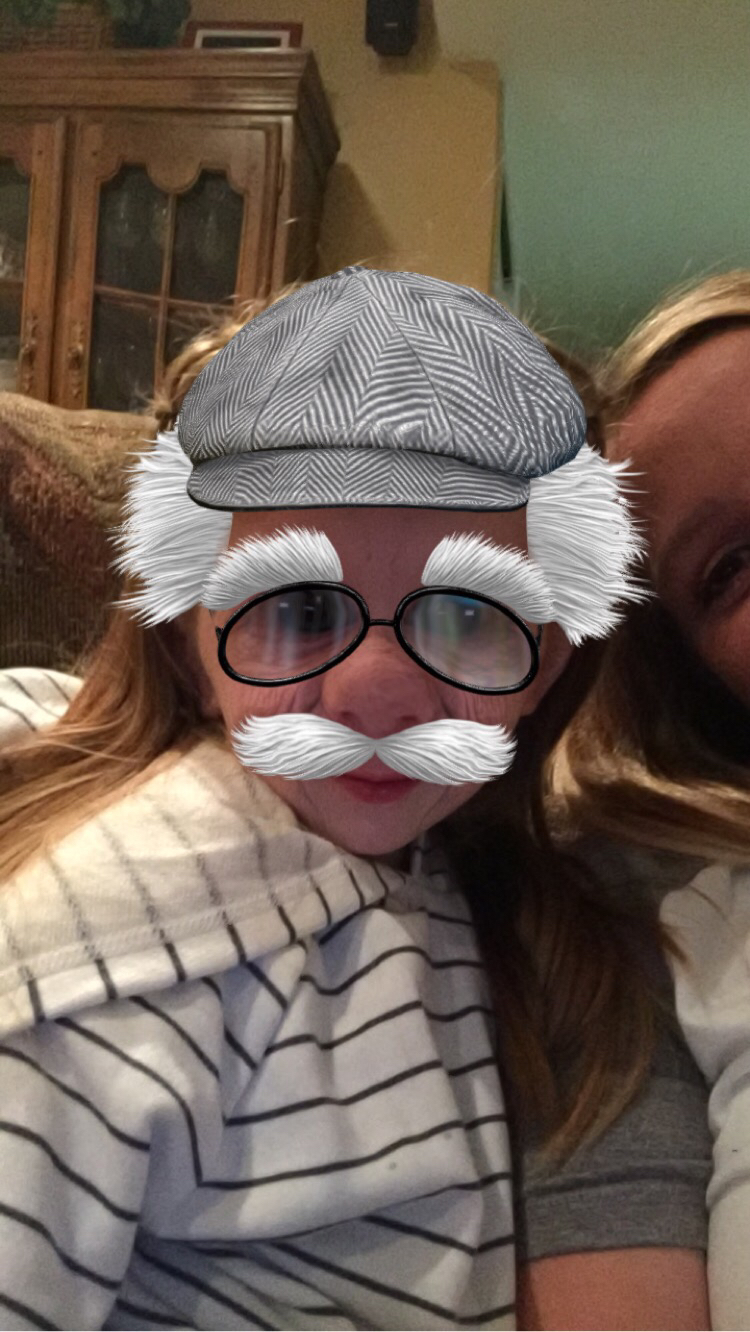 And she really is our daily sunshine. When she's sick or sad or gone, our whole world seems darker. 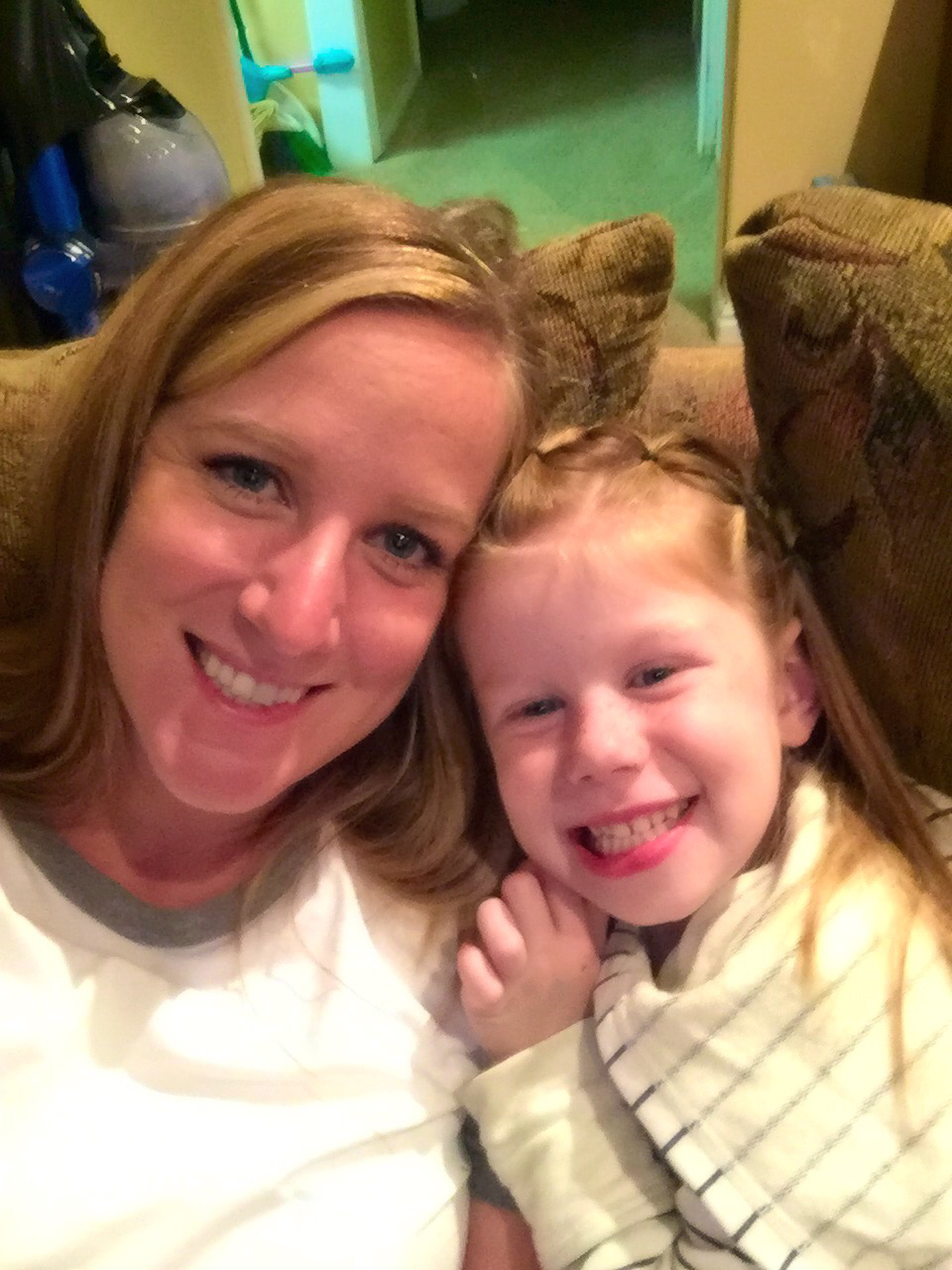 She is so tender hearted and cares so much for others. And she can make us laugh like no ones business! 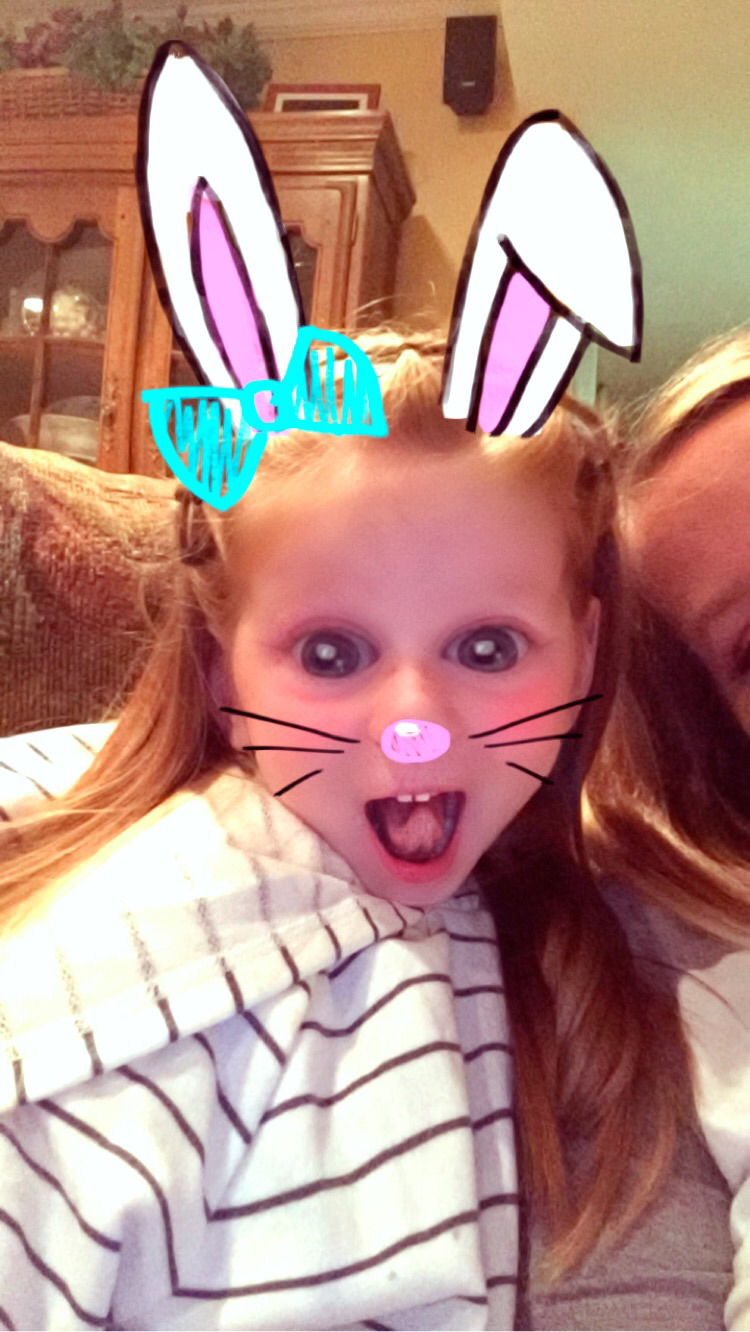 Tonight while putting her to bed she started to get tears in her eyes and asked if she could come sleep with me. I asked her why she wanted to and she started to cry and said, "Because I had a bad day." I started crying, too, and told her my day had been bad, also. Then she looked up at me with tear soaked eyes and choked out, "We picked the wrong house."
I really struggled to hold back my tears as I explained to her that sometimes things like this happen but we would fix it, and that we were still going to live there and love it there. When we first found the mess Cory was so angry he kept saying he hated our house and wanted to sell it. Super rational. She was in the room and obviously had gotten upset over it. She doesn't miss a thing. And we didn't know how much our house already means to her. I think she's loved being a part of the remodeling process and feels just as much responsible for it as we do.
Her tender little heart almost broke mine tonight. She kept begging me to sleep with her so I climbed on the top bunk with her for a few minutes before (not gracefully whatsoever) getting down and leaving. I just love her so much and moments like these remind me how much she loves and needs me. She's so independent that I often forget she's only 5 and she still needs her mommy. 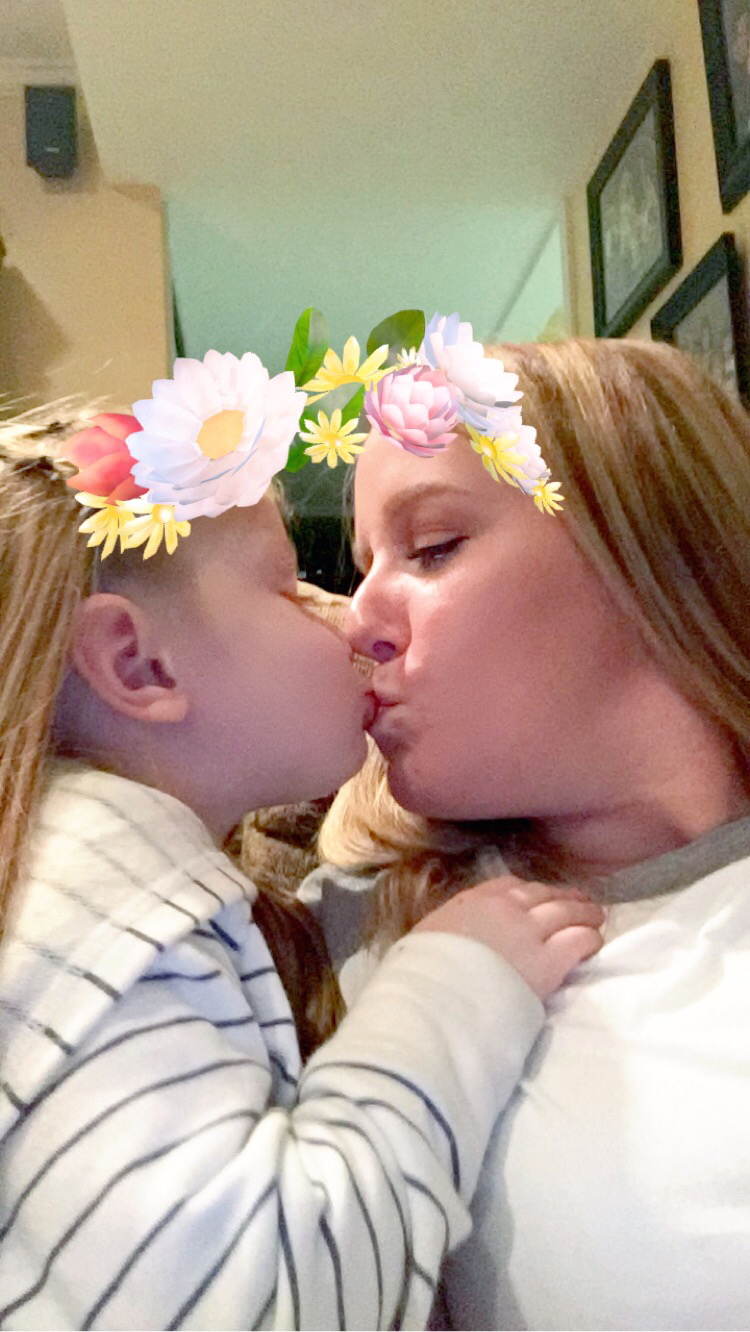 I'm so grateful for her and for Brynlie. I love them both equally but in totally different ways. Being a mother is so hard but definitely the best thing I have going for me. No offense, Cory.
Well, that's a long enough post for one day. See you, soon!