Ironically enough I was about to open this post with a super nerdy rave about the new iOS 10 software for the iPhone. But then I opened my blogger app and it kept crashing. After restarting my phone a couple times I finally just deleted the app thinking I could just re-download it and it would work better. So I deleted it, and now I can't find any Blogger app in the App Store! At least that doesn't have terrible reviews! Wah!!!!


So looks like I'll have to go back to blogging the "old fashioned" way; with a computer. But I do love the new look and features of the new software. Especially texting. My friend Lacie and I have taken full advantage of all the new additions. We like to express ourselves rather dramatically.


This memory popped up and I almost died once again, from her cuteness. 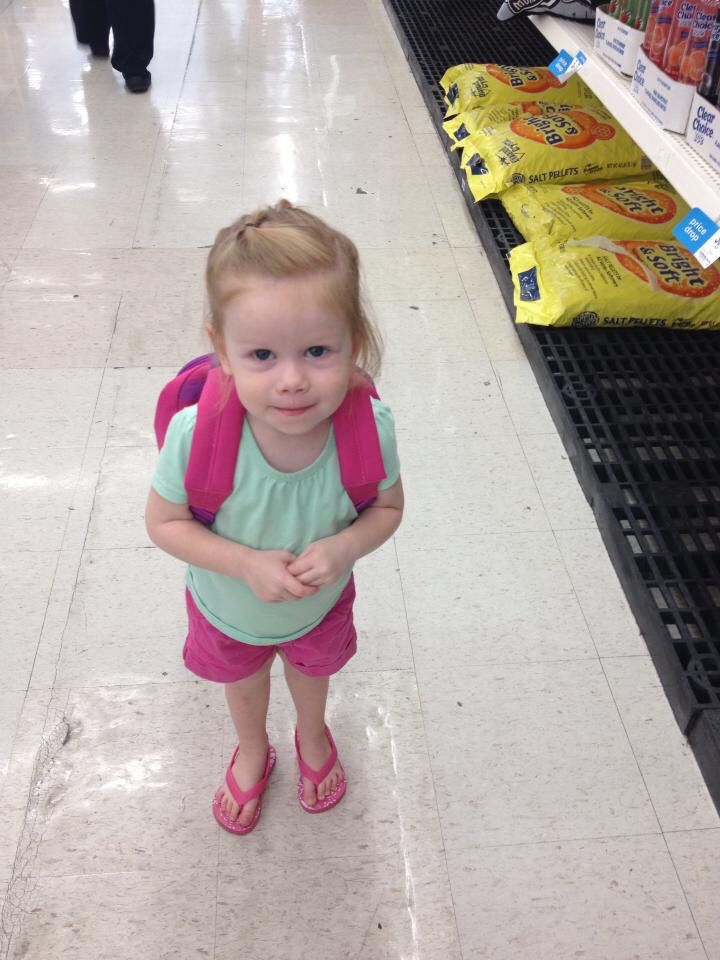 I've been feeling really nostalgic about Kennedy lately. I picked her up the other day to cuddle her and she was so heavy-- she curled in the fetal position and barely fit. How is she growing up so fast?! I'm kind of getting the same way about Brynlie, too. It's crazy how life just flashes by. And it's never in the way you think it will be.


I remember when I graduated high school, talking about being over 25 was so old!!! I swore by then I would have 3 kids, a husband, a degree I wouldn't need because of said husband, a house, maybe a dog... wow. Now here I am, almost 32, two kids down and nothing but pure terror thinning about doing it all over again. I do have the husband, and we have half of a house. We have the mortgage payment, anyway. Anyway, I was just thinking how much differently things turned out from my "perfect plan" and yet, it really has been perfect. Hard, and stressful at times, but perfect for me.


Ok enough about that.


I've been staying up way too late the last few nights again, so this meme represents me all too well this morning. 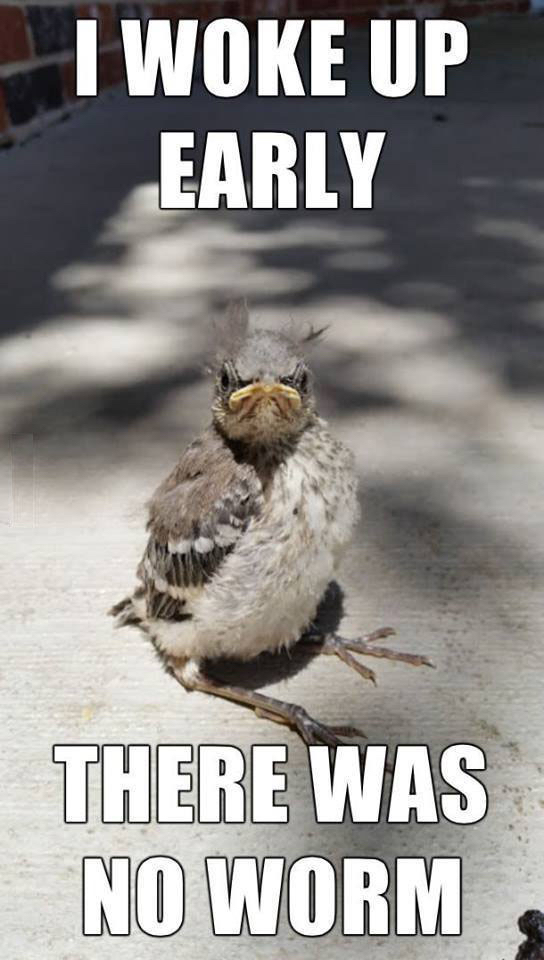 I've also gotten kind of sick of my morning protein smoothie, so I opted for something else. 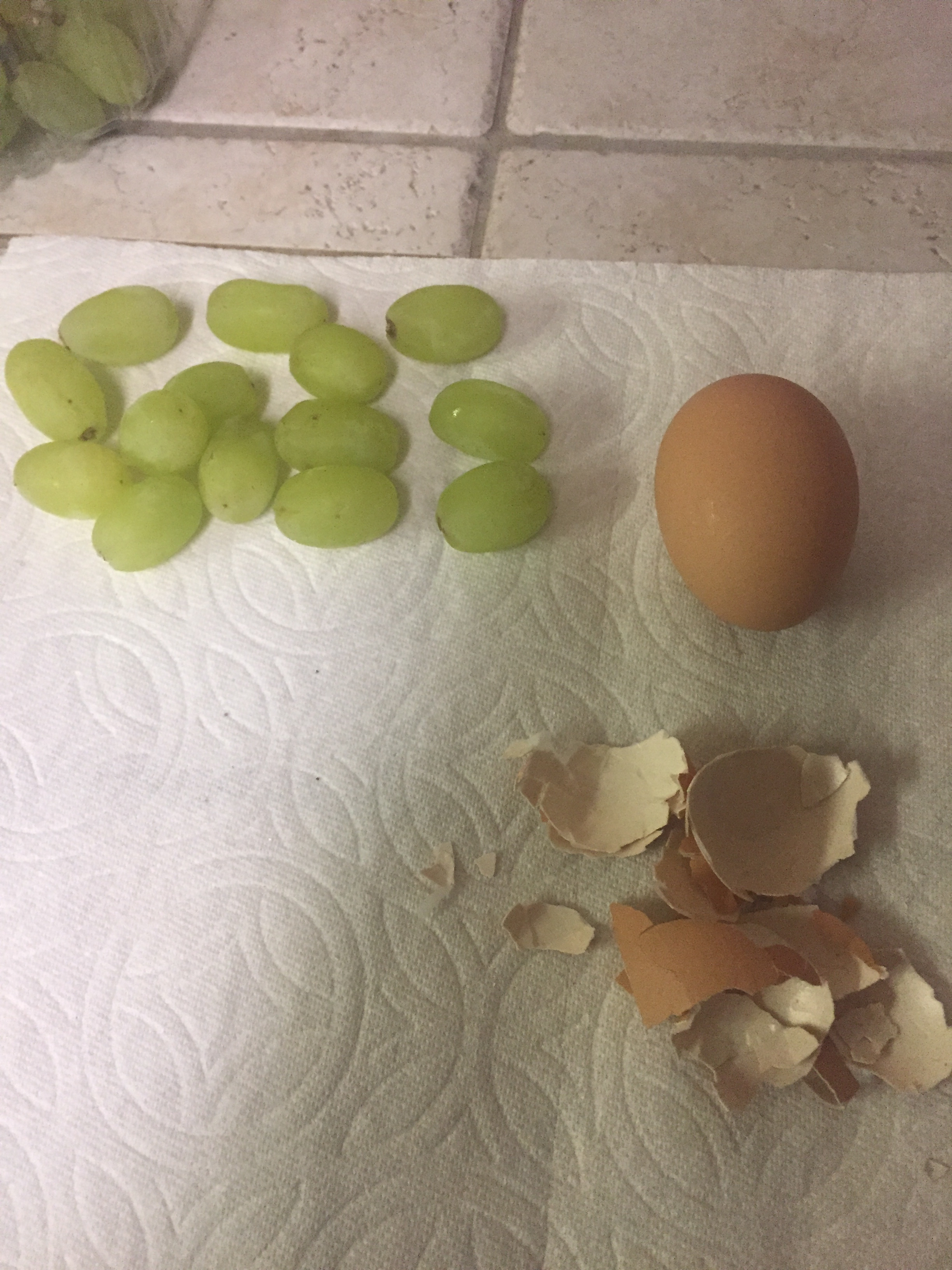 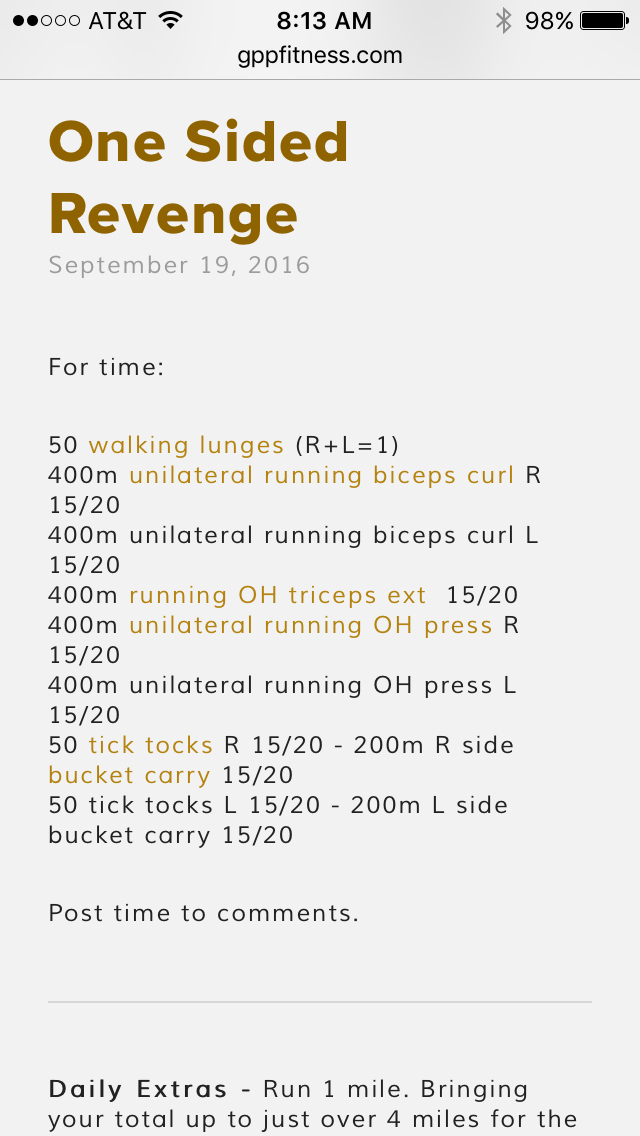 That was UGLY! I felt super sick afterward and the problem continued all day. After work and grocery shopping I was sure I was going to throw up at some point. I put Brynlie down and laid down and promptly fell asleep. I woke up still feeling terrible and whenever I ate it got worse. It wasn't until after dinner that I realized: I'm not eating dairy. I'm taking an antibiotic. My stomach is being stripped of healthy bacteria and I'm not getting any probiotics!! That must be why my stomach has hated this medicine! I instantly popped a probiotic supplement in my mouth and within 20 minutes my stomach problems were gone. Yay!!!!!
Hopefully the last two days on this stuff will be less uncomfortable. If I had a nickel for every time I felt like crap, we could have hired a contractor to finish our house haha!
Ok, I'd better get going for now. We'll talk again real soon.