I planned to blog every day this week about our adventures but Wednesday afternoon I started to feel crummy and woke up Thursday with a cold. It hasn't been awful, but being sick sucks either way, so I didn't blog.

But I have a slew of pictures to make up for it!

Wednesday we stayed around the house for the morning and the kids spent hours playing outside. The leaves were a big hit! Me getting out the leaf blower and blowing the leaves on the kids, however, was not. 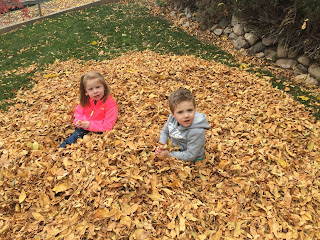 We pulled out the Jeep and let the kids take turns cruising around the backyard and trying to run each other over. Some were more successful than others. The key was to find a victim who wasn't paying attention. 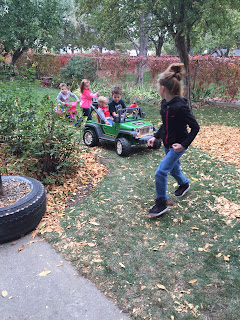 Then the babies woke up and they wanted a turn. Thankfully they thought just sitting in it was great. If they weren't cousins I would crack some joke about "parking" but we don't support that kind of thing. 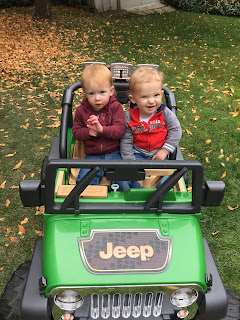 We decided since the weather was holding out that we would head up to the pumpkin patch and scope out some pumpkins. There wasn't much left but we were able to find something for everyone. These two... They're so cute! 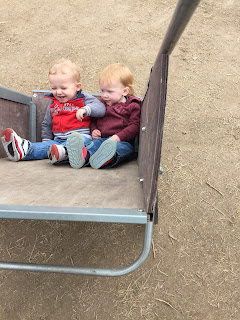 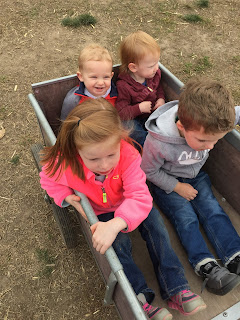 Even after hours of playing outside, they still had energy to run around the hay maze and cause mischief. I wish I could go back in time and appreciate the ability to move, move, move without wanting to die. 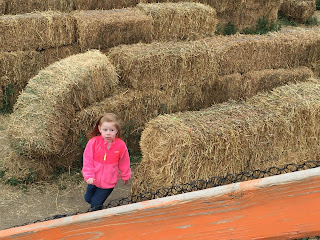 Then we had dinner. I wish I could say this picture existed because I'm the favorite aunt. I'm not. Maybe it has something to do with the leaf blower incident. I was just desperate for some attention from Kennedy. As soon as her cousins arrived it was like she disappeared. I hardly talked to her all week! I missed her. So naturally I weaseled my way into the pile of kids long enough for her to be embarrassed by me and ignore me. I didn't try again after that. 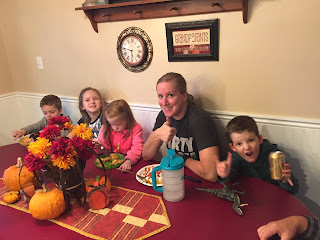 For everyone wondering, baby Allison is doing well still. This her mom getting to touch her and hold her hand. It's the sweetest thing! The nurses told them they should be able to hold her on Tuesday. Exciting!! 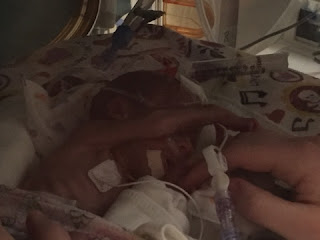 Thursday we had plans to go to Gardner Village but the weather was crappy. Instead we took a ride on Trax through the free zone in downtown and played at the play place at City Creek Mall. Sounds lame if you're an adult but the kids loved it! Like, a lot! 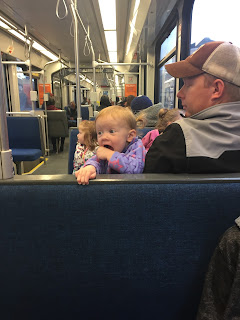 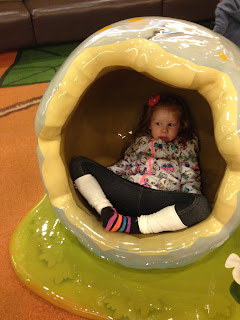 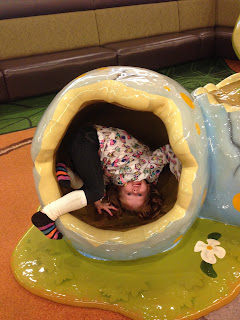 Getting a good picture of all the grandkids is nearly impossible. The attempts just got worse and worse. 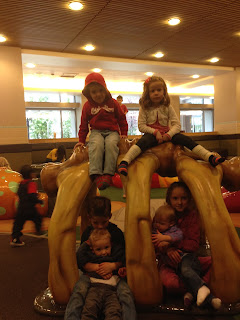 This has nothing to do with anything it's just very sweet. This girl loves my dads dog. 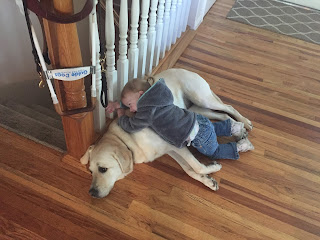 Halloween day my sister put on a great party for the kids. The crowd favorites were the donut eating contest (which Kennedy totally cheated at) 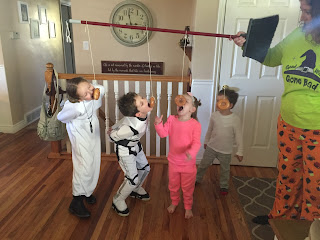 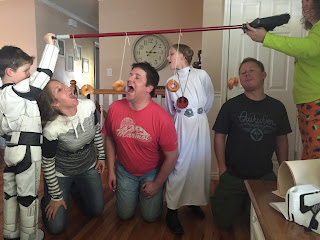 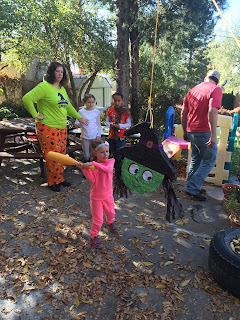 Then it was time for trick or treating. I can't explain to you how much Brynlie hated her owl hat but at least I snapped a picture before she started screaming and tearing it off. 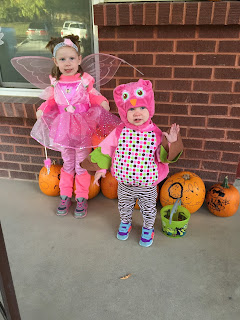 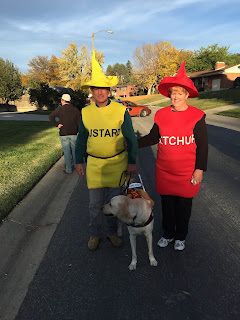 Kennedy had a blast the first little while and then you could almost pinpoint the second her body was done. She rode in the stroller the rest of the way and couldn't have cared less about getting candy. I didn't complain, less laying around to tempt me. 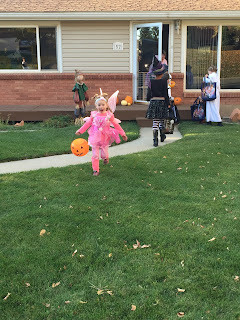 We had such a great week! It was exhausting but so much fun to have my brother and his family here! We have missed them. Now Cory is back at work, I'm still fighting my cold, and Kennedy is throwing up. So we're already off to a great start for November... *thumbs down*
Posted by Megan and Cory at 6:23 PM