It's been almost a week since I last posted! Shame on me! We have much to discuss.

First of all, it's SEPTEMBER! What the crap?! Hopefully there will be several big accomplishments for me this month. I'm nervocited... As My Little Ponies would say...

First, let's play catch up. Or ketchup. Or catsup.

Last Saturday morning I went for a group training run down Big Cottonwood Canyon. I have that half marathon in just under two weeks and I've never felt more ready for anything. I dare you to find me. 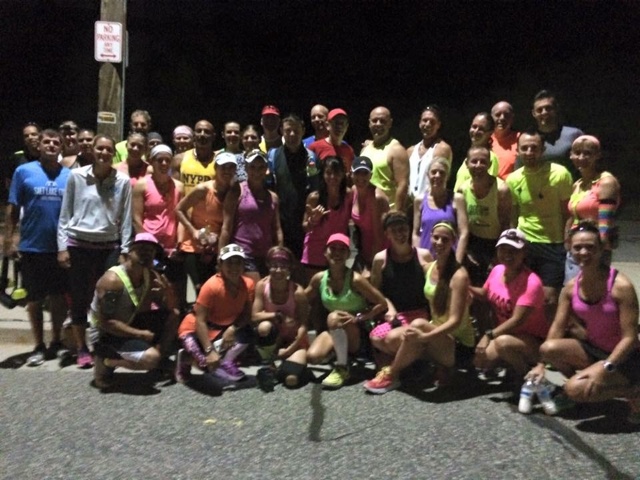 It was so much fun! We all piled into vans and suburbans and were dropped off depending on the distance we wanted to run. Sometimes I think we runners are completely crazy. We met at 5:30 in the morning, piled into cars with strangers and sat on their laps and trusted their judgement, and ran in the dark down a busy, winding canyon until our legs couldn't take any more. But man it was a good time, and I'm so glad to be part of such a fun community of crazies. These people get me.

My friend Michelle and I ran 13.38 miles and my other friend Lisa did 10. It was a little rough for me because my legs were still recovering from my 20 mile run the week prior so I was tired and really had to push myself, but I got it done in less than 2 hours. Keep your fingers crossed for me that I don't get sick or injured before next weekend because I have a good feeling about this race.

Also, Fergus is still hanging on... In case you were wondering.

After the run I hurried home and showered and then headed down to Provo to help my sister move in to her new place. She's attending BYU to get her doctorate. I'm really excited for her, even if driving past Lavelle Edwards Stadium made me gag and her living right below the "Y" makes my skin crawl. I hope she will still bleed red when all this is over, but BYU is a good school and I think she will have a great time and meet lots of people. Plus she will be Dr. McLachlan which is pretty freaking awesome.

Kennedy is rocking primary! She LOVES it! She sings and tells me what she learned... It's like having an actual child. I catches me off guard. Today at Grandma Hunters she drew her a picture of her family that's forever. If that doesn't make you say, "awe..." Then I don't know what will. I'm so glad she's feeling happier and confident.

Just a few more random things from our past week: 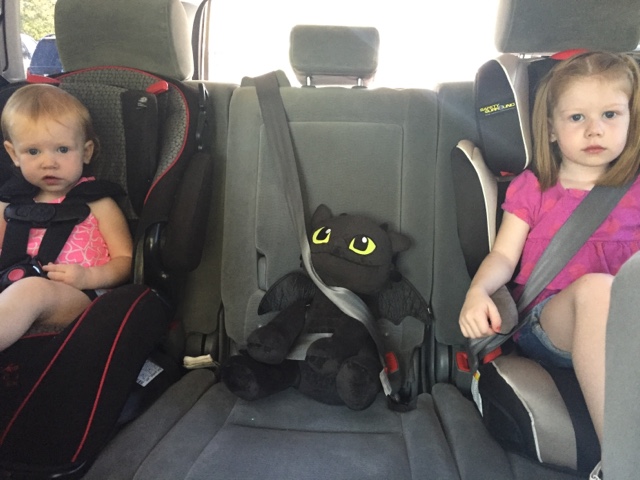 Kennedy insists on safety first. Her drivers Ed teacher is going to love her. 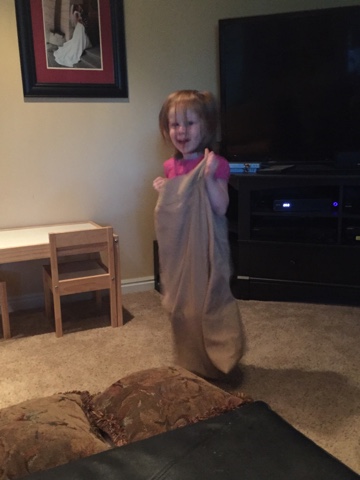 She also discovered the joy of sack racing. Being a kid is the best! I'm jealous. 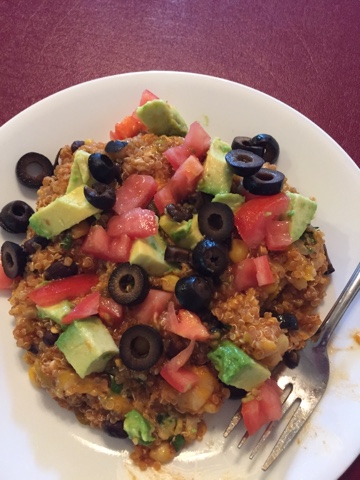 I made this quinoa enchilada casserole last night. I won't lie, my nervousness level was super high! Quinoa and I started out our relationship super hot and heavy; I was totally in love. Then one day we shook things up with stroganoff and I got sick... We haven't spoken since. This was my first time back to the plate (haha, get it?) and it was super delicious!! I need to find a homemade red enchilada sauce recipe so I can make this without anything processed, but until then it was still killer. Even Cory liked it! So that makes it a sold 8; maybe even a 9. 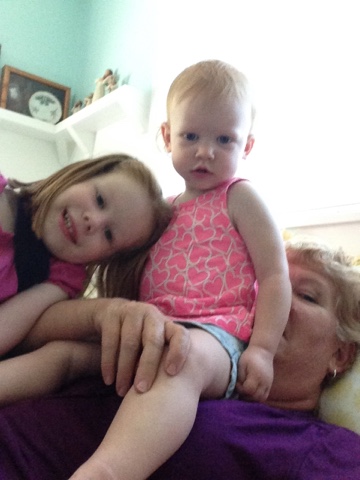 Grandma tried to lay down and watch the news with my kids in the room. I think  now she knows what lengths Brynlie will go to be the center of attention. Whenever someone asks me if I caught the latest episode of such and such, I will just show them this picture and say I'm a little behind... Hahahaha Man I'm killing it today with the puns. 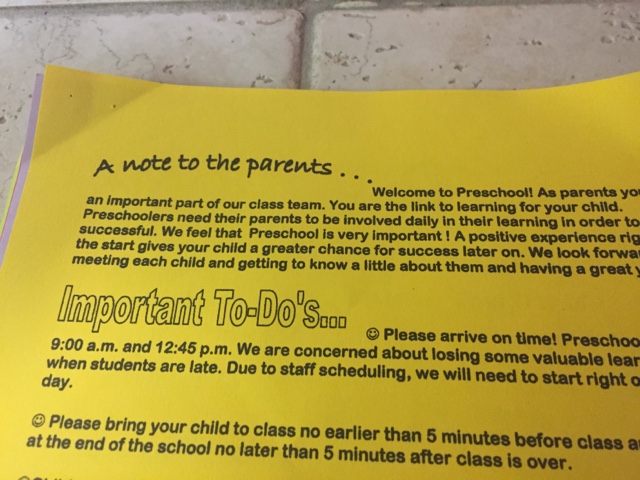 Preschool orientation was today. She starts next week! I'm really excited for her! I think with the language barrier crumbling she will have a great year. 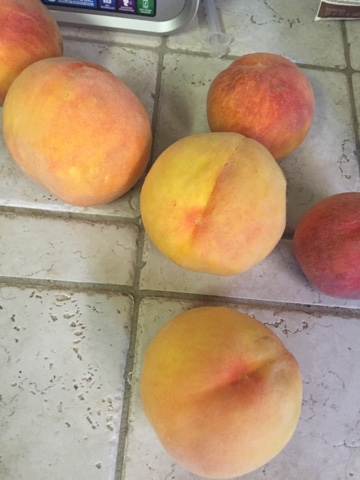 And of course I had to stock up on more Brigham City peaches. I've already had 2 and I bought them 3 hours ago.

"Moving to the country, gonna eat a lot of peaches... millions of peaches, peaches for me."
- The Presidents of the United States

I still plan on getting real deep and serious with ya'll soon. It's a topic that's been on my mind a lot lately and I think it's important to share, I just need to find the time to sit down and get it out and have it sound right. Until then, randomness it is!
Posted by Megan and Cory at 1:15 PM