Holy crap, a year and a half is way too long for me to be away from Moab. I don't even have words for how excited we all were to get down there. For weeks leading up to the trip Kennedy kept asking me when we were going camping. She even yelled, "We're here!" as we pulled into town. Proud parenting moment.


This trip was a little different than most. For starters, we were down there during the Jeep Safari which we have missed for quite a few years. We've either ended up going just before or just after the Safari. I forgot how insanely fun and busy it is with all the Jeepers. Cory said he was getting whiplash from trying to look at all the amazing Jeeps. I have to admit, there were some sexy ones. But this was our first trip where we did zero jeeping. None. It was pretty torturous considering it was Jeep Safari. But our Jeep was having some issues and Brynlie hates riding in the car. So we figured we would wait it out another 6 months and see if she's able to go in October.


We arrived Wednesday afternoon after an intense car ride down... at least for some of us... 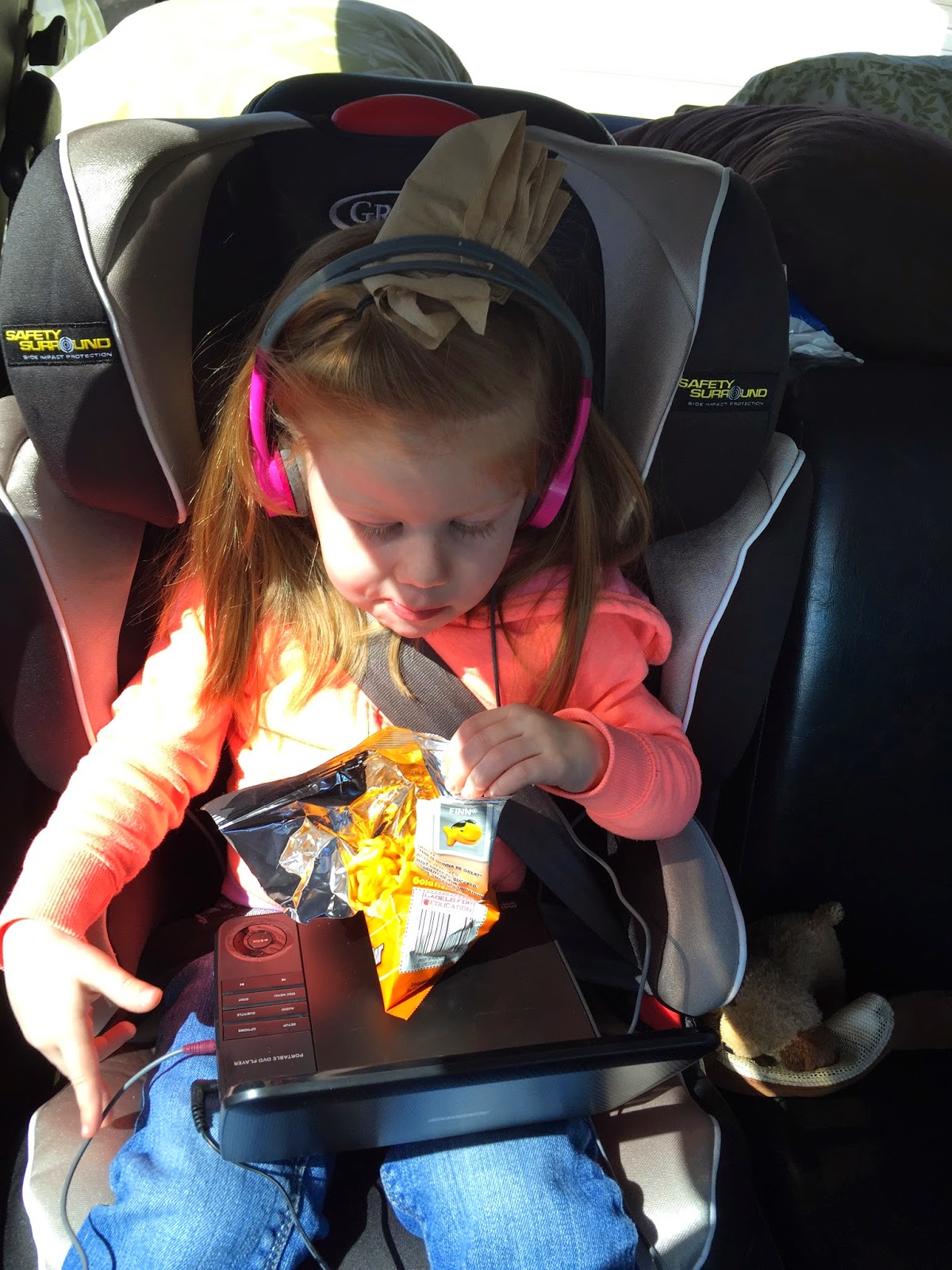 And made a dutch oven dinner and had a brief fire.


Thursday we headed to hike Negro Bill Canyon. I guess they're trying to change the name which is lame... but I still call it that. I really like this hike. It's not boring, the scenery is gorgeous and the arch at the end is pretty rad. It's 4.5 miles and Kennedy hiked nearly the whole thing alone and Brynlie never complained about being in the hiking pack. My kids were born for this! 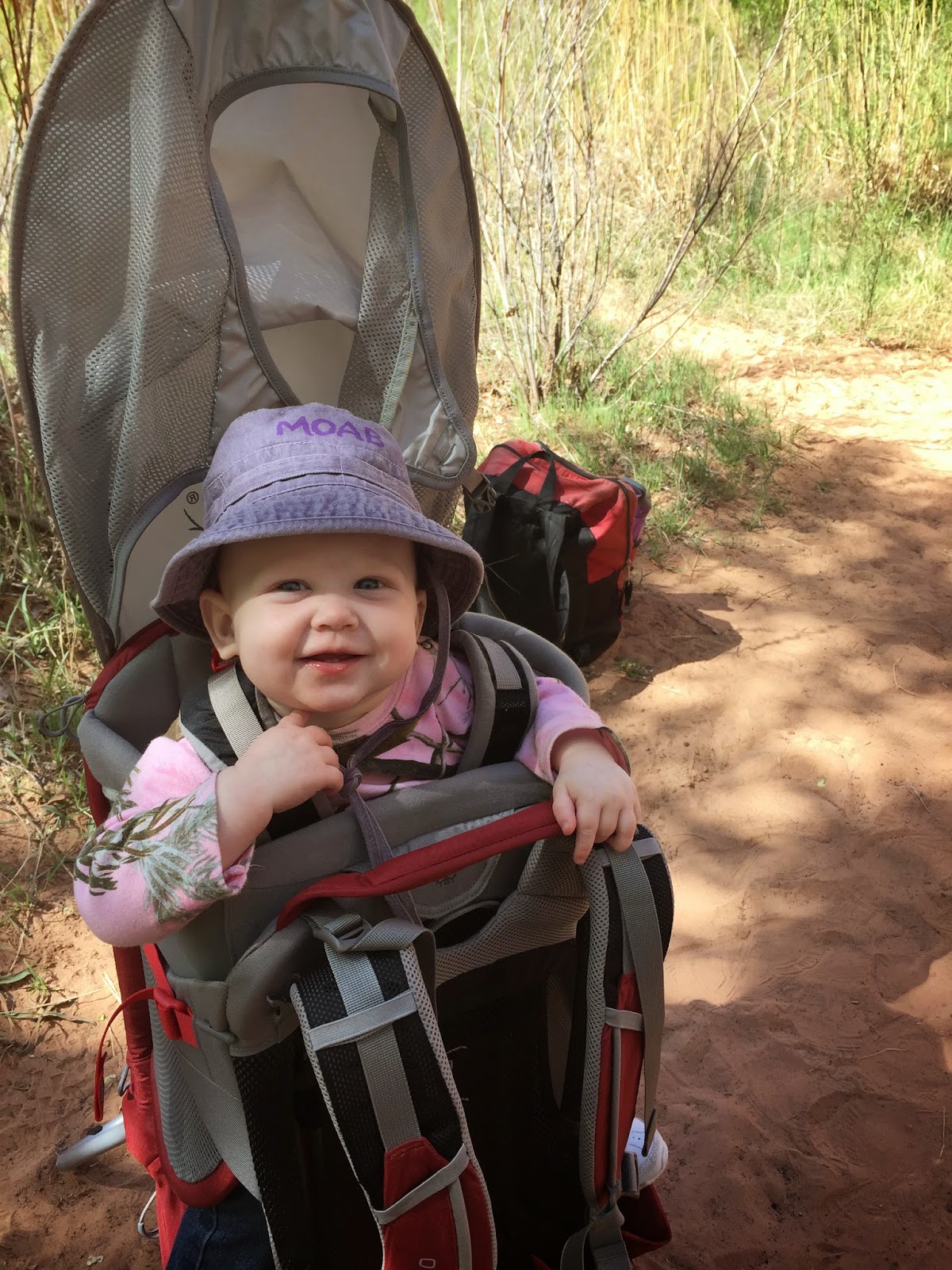 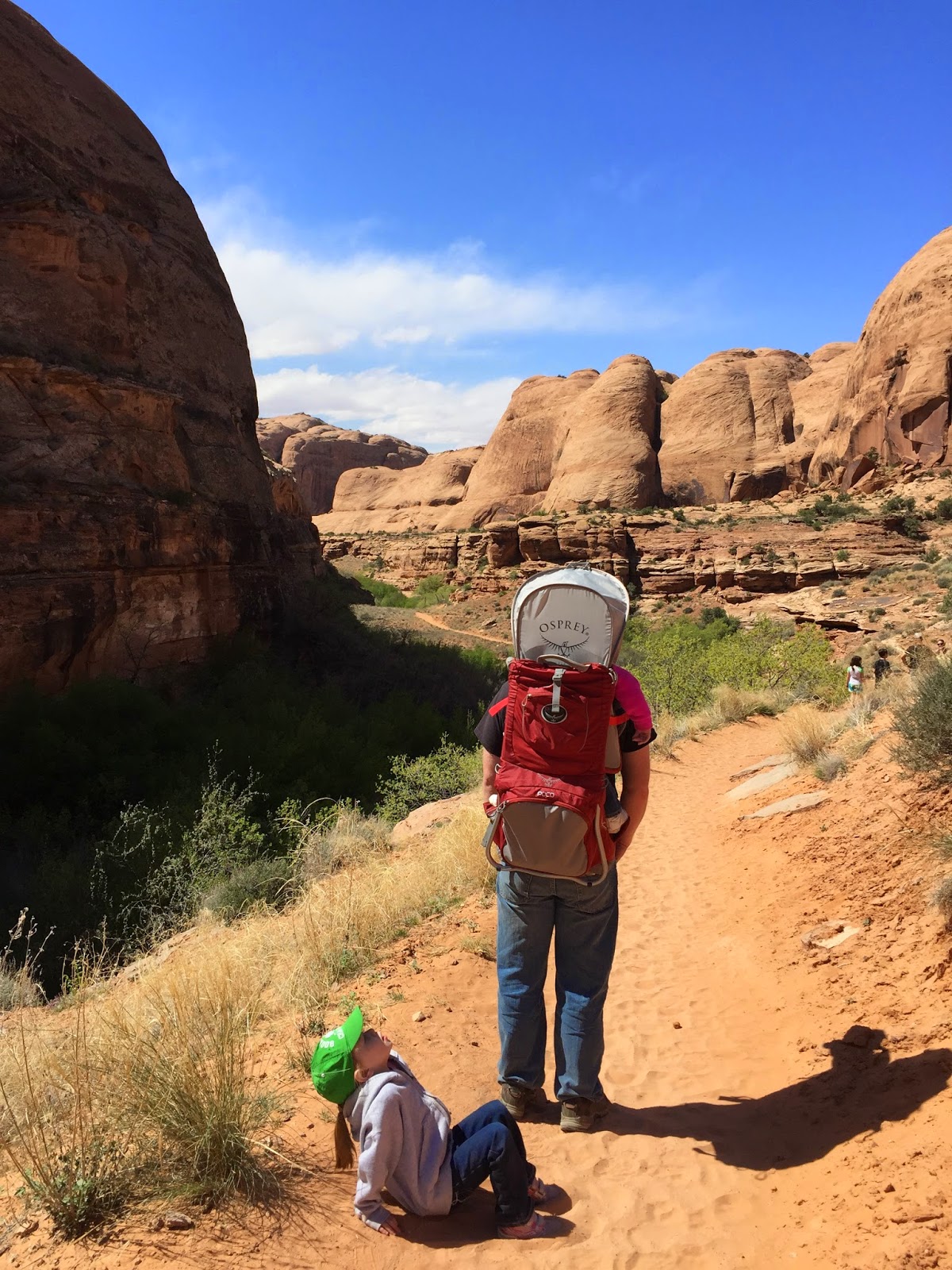 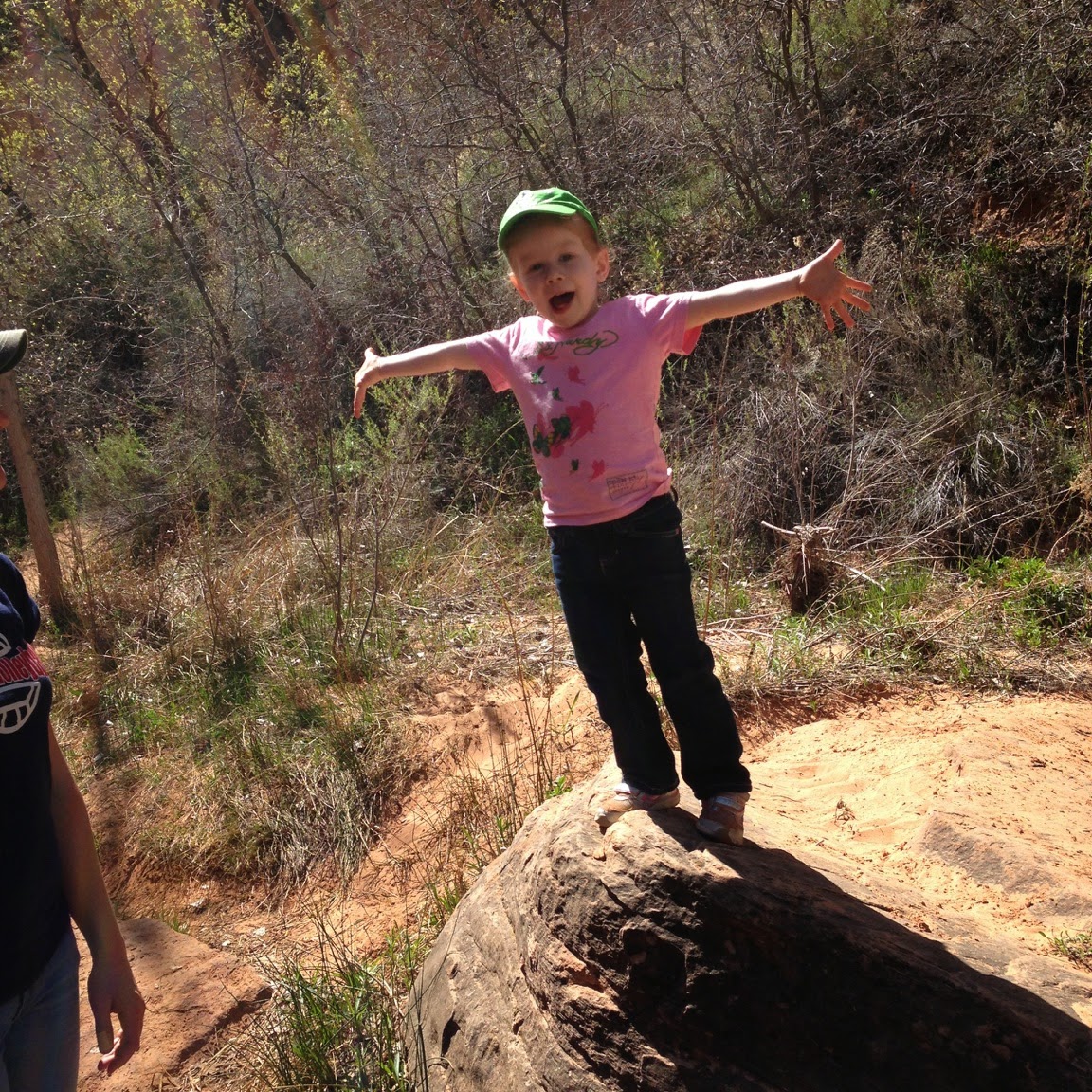 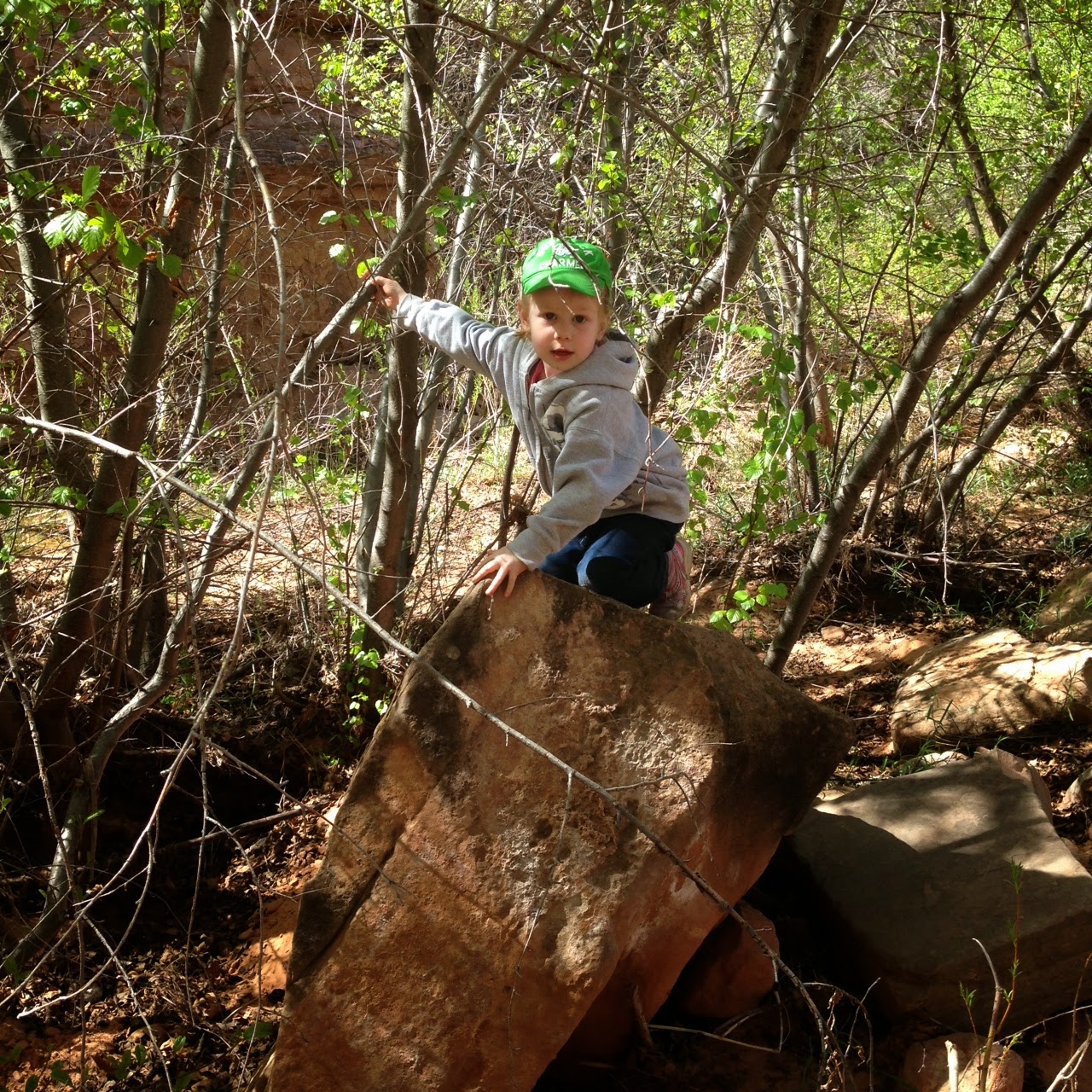 We stopped and ate lunch at the end and Brynle got to play in the sand. She kept throwing it in the air and it landed in her hair and all over her. 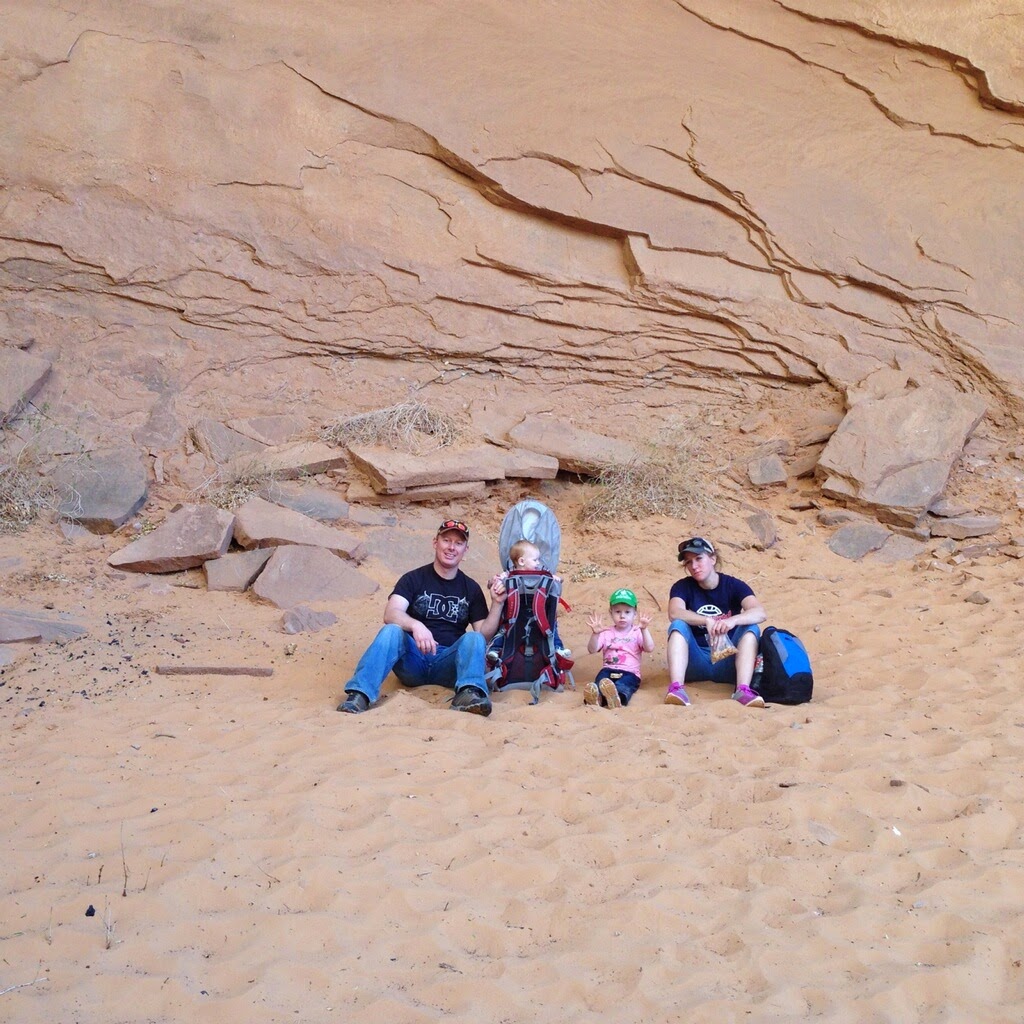 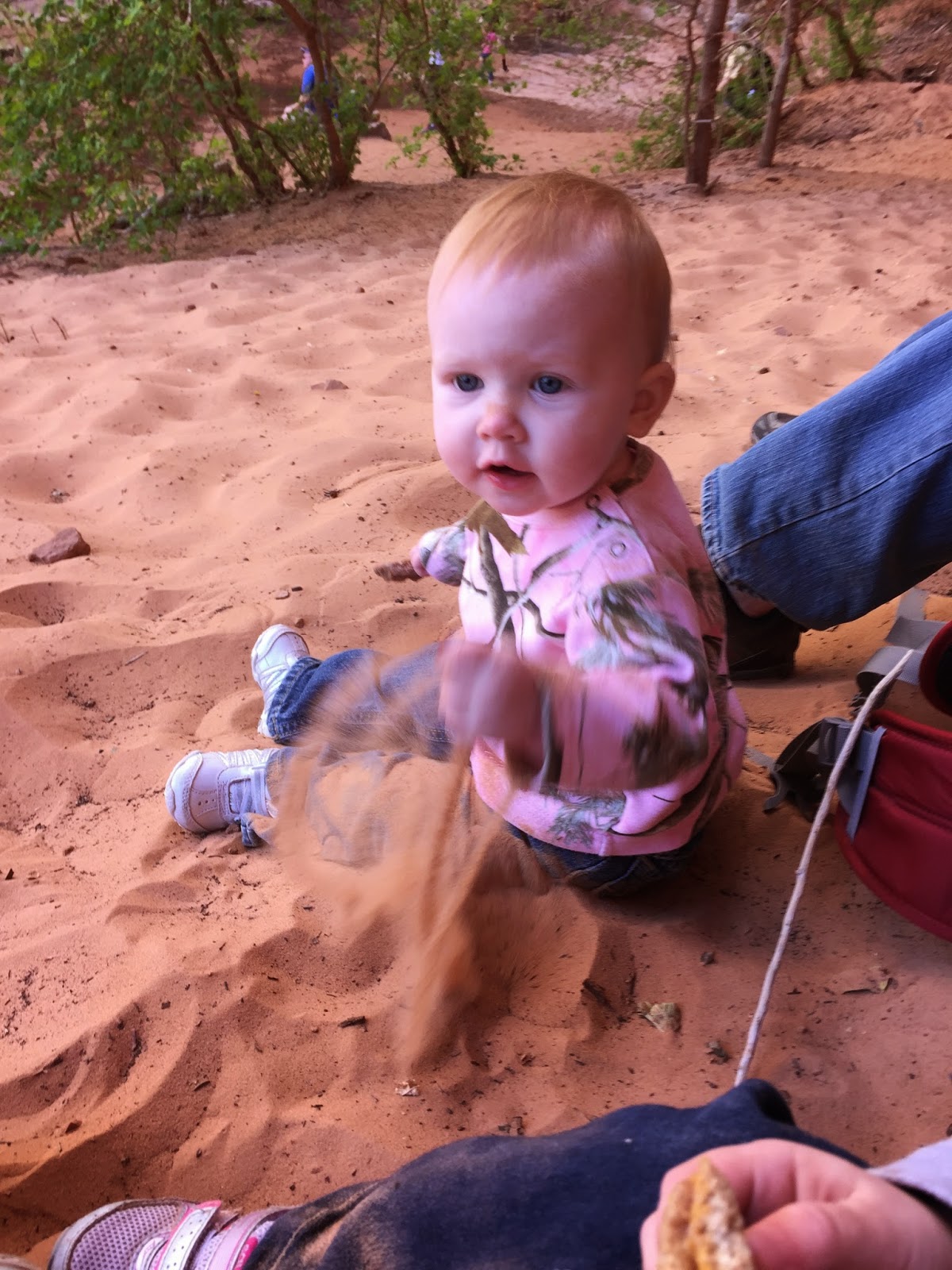 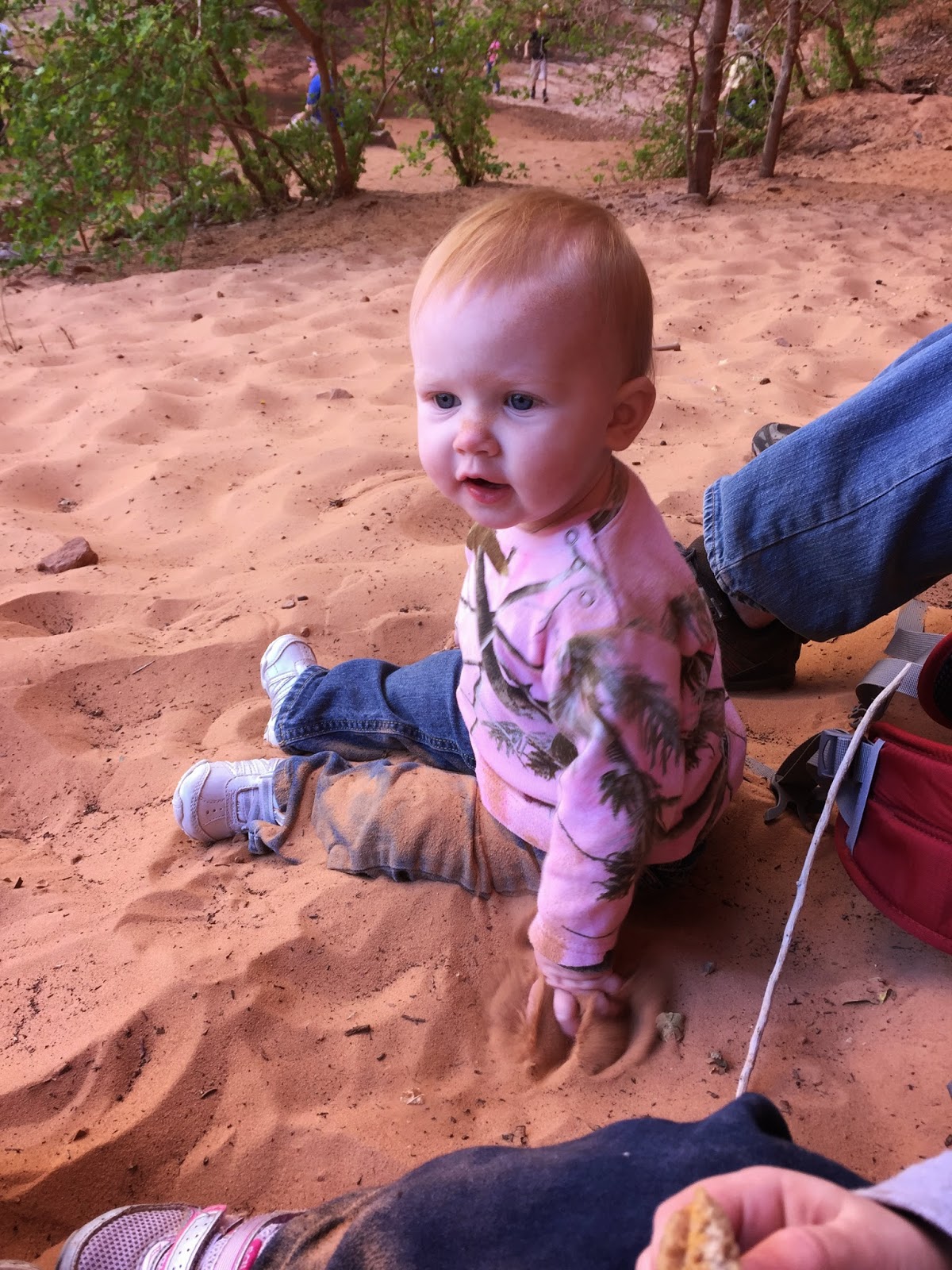 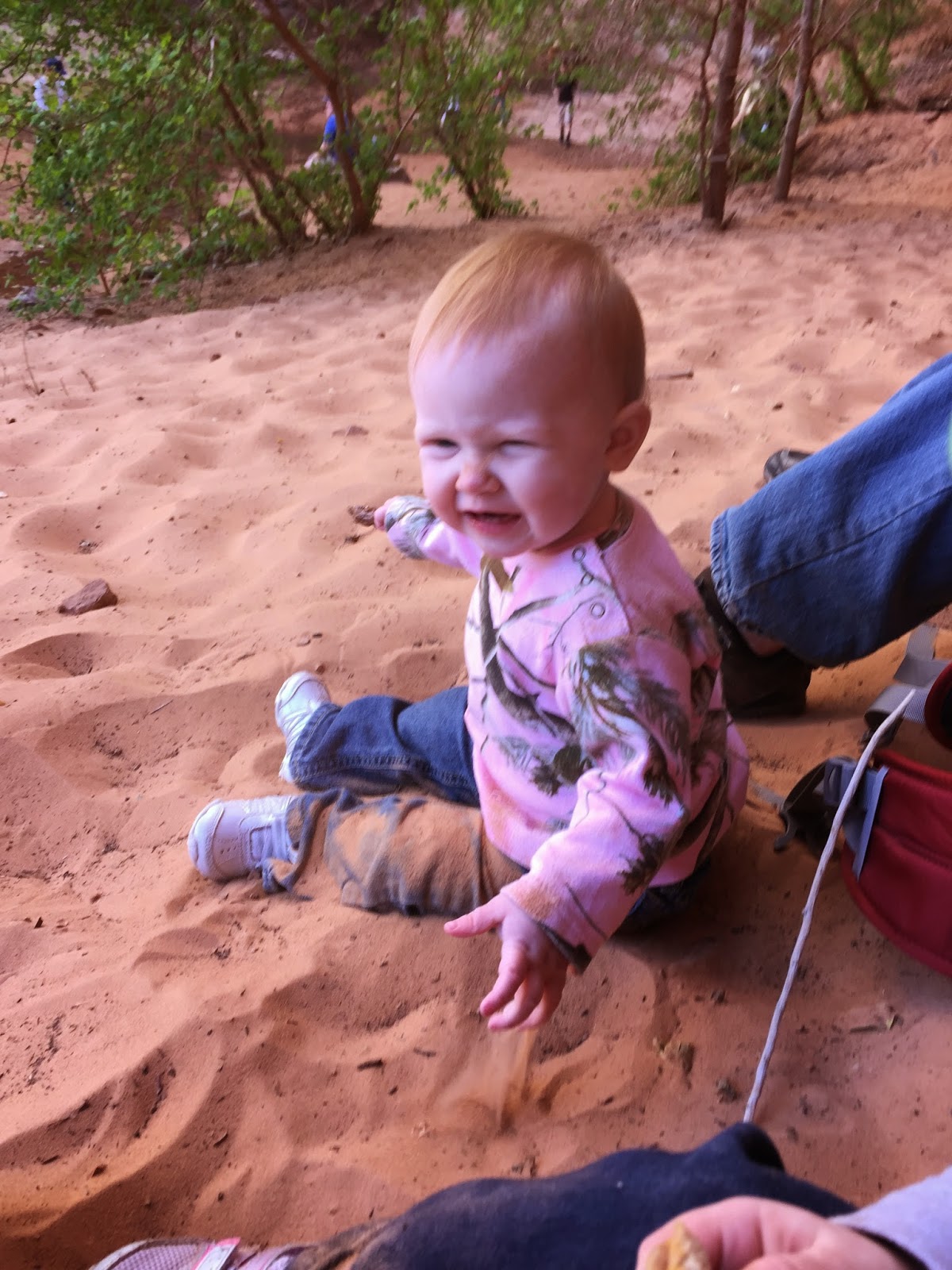 We finally finished the hike in the afternoon. Some people were more worn out than others. 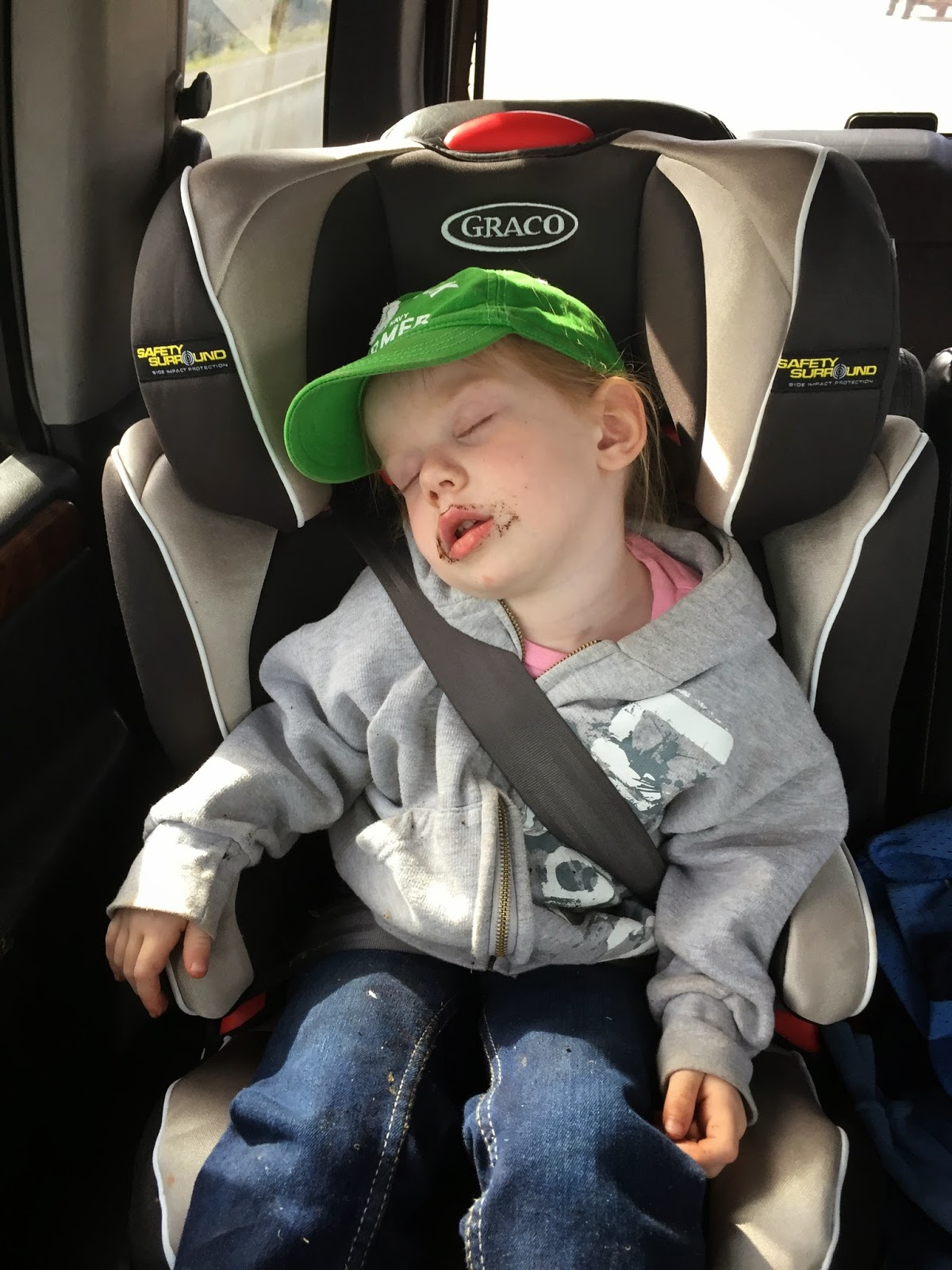 Friday I woke up and went for a run in the 29 degree weather. I hadn't planned for it to be that cold so I froze a little bit. But it was a great run! Then we took the short drive to Tusher Tunnel. 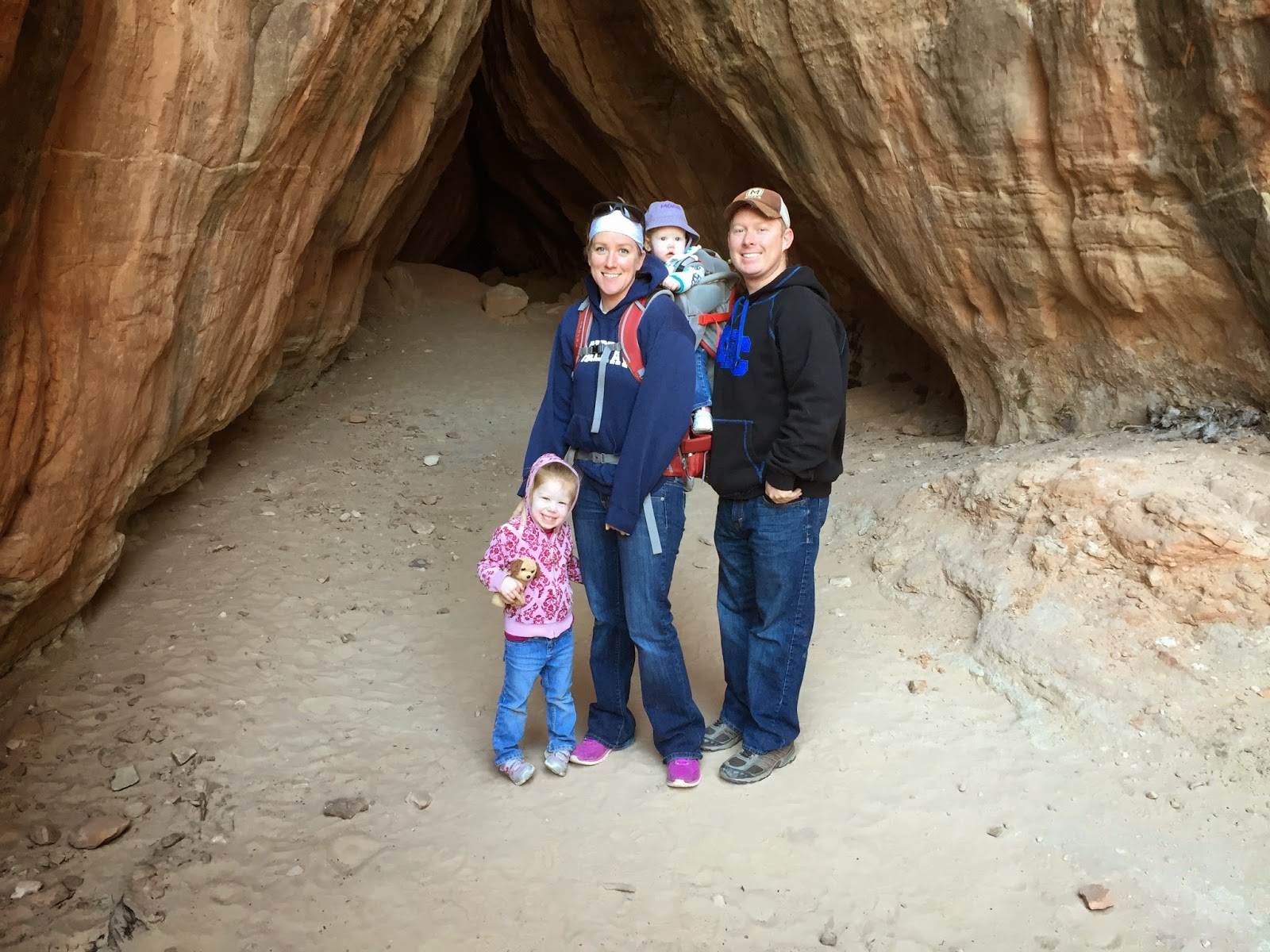 Kennedy loved it! Cory thought it was pretty neat, too. He hadn't seen it before. Kennedy had tons of fun exploring in the rocks around the tunnel. 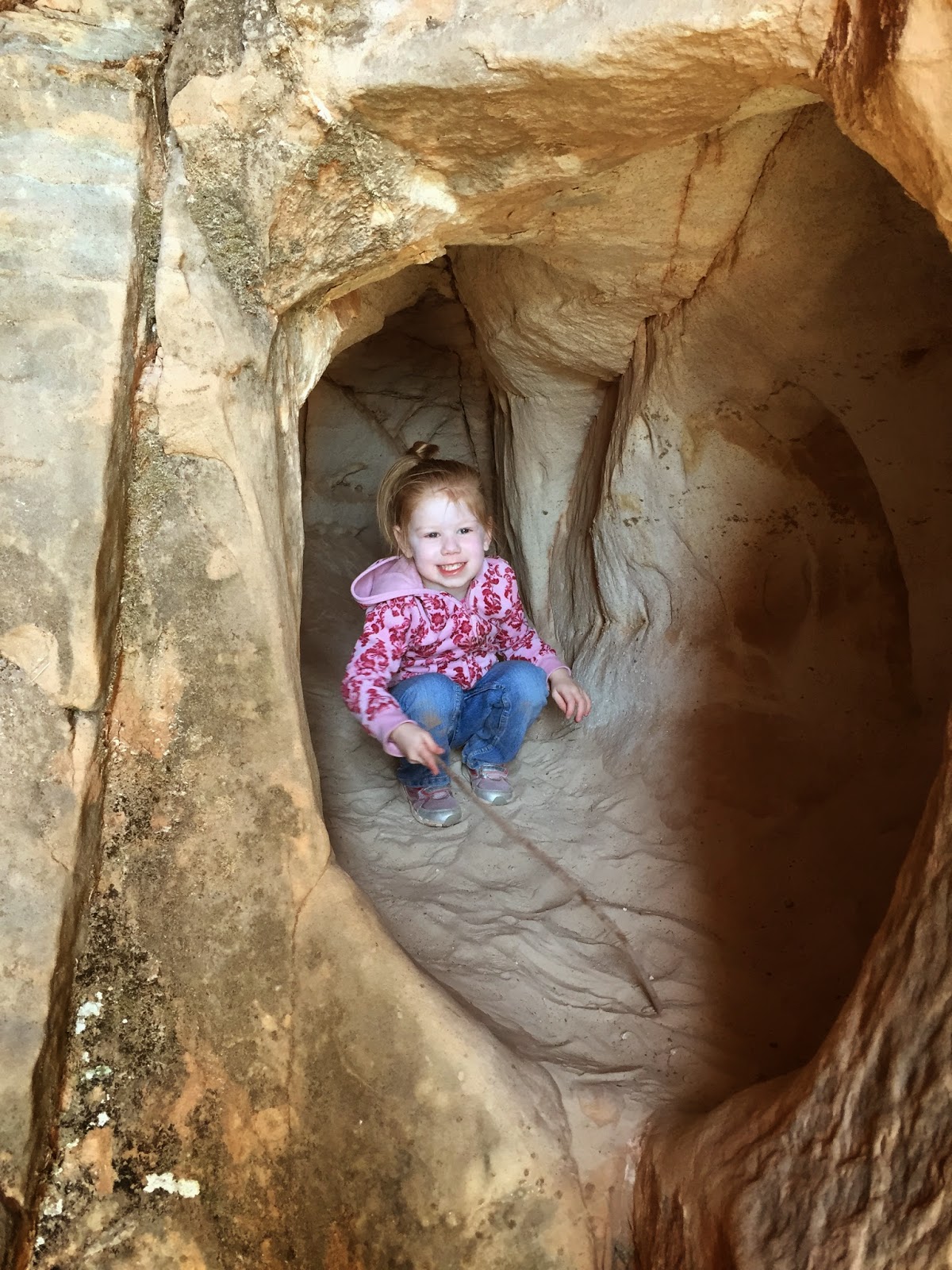 After we did some mild shopping in town and headed back to camp for some leisure time. 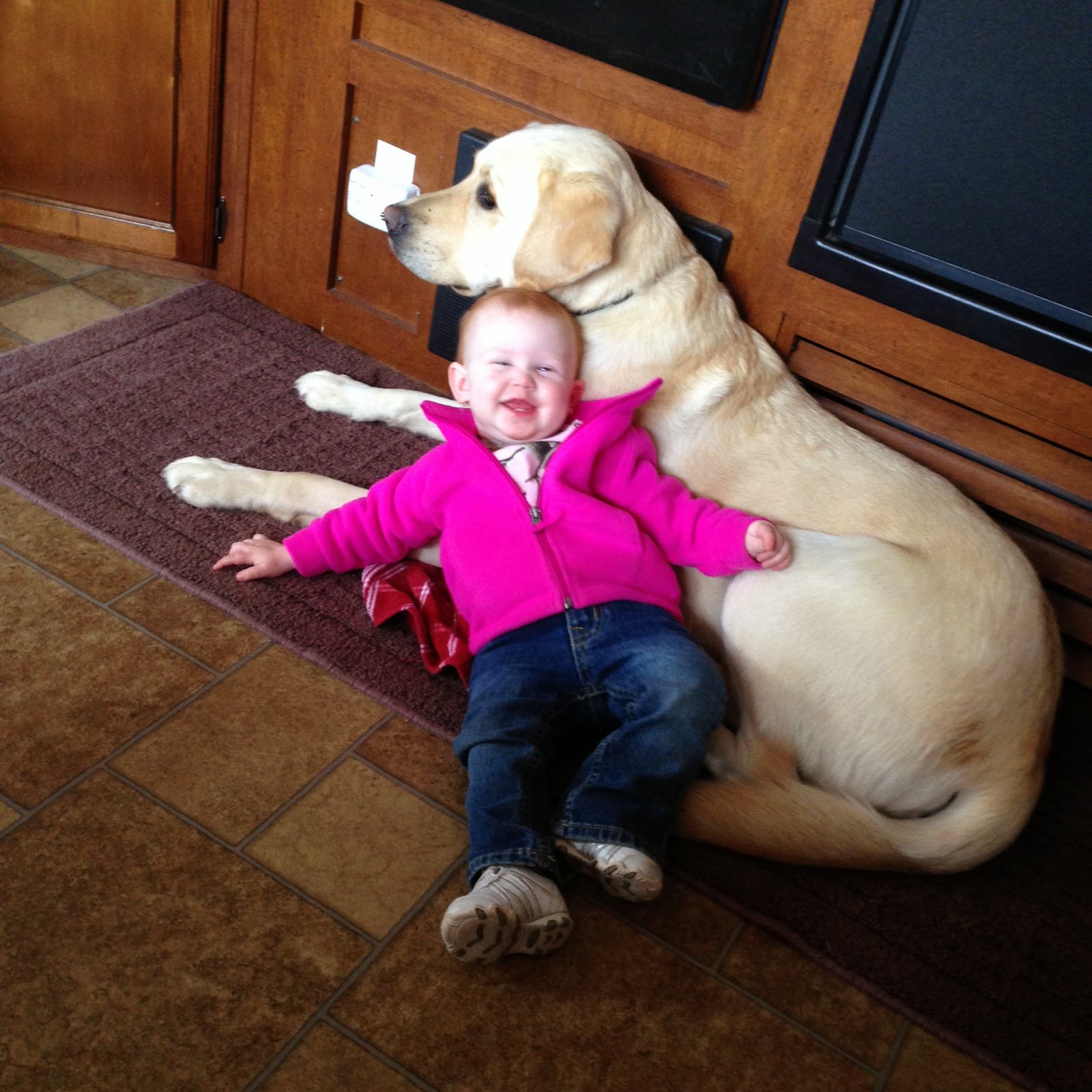 And tried to stay warm 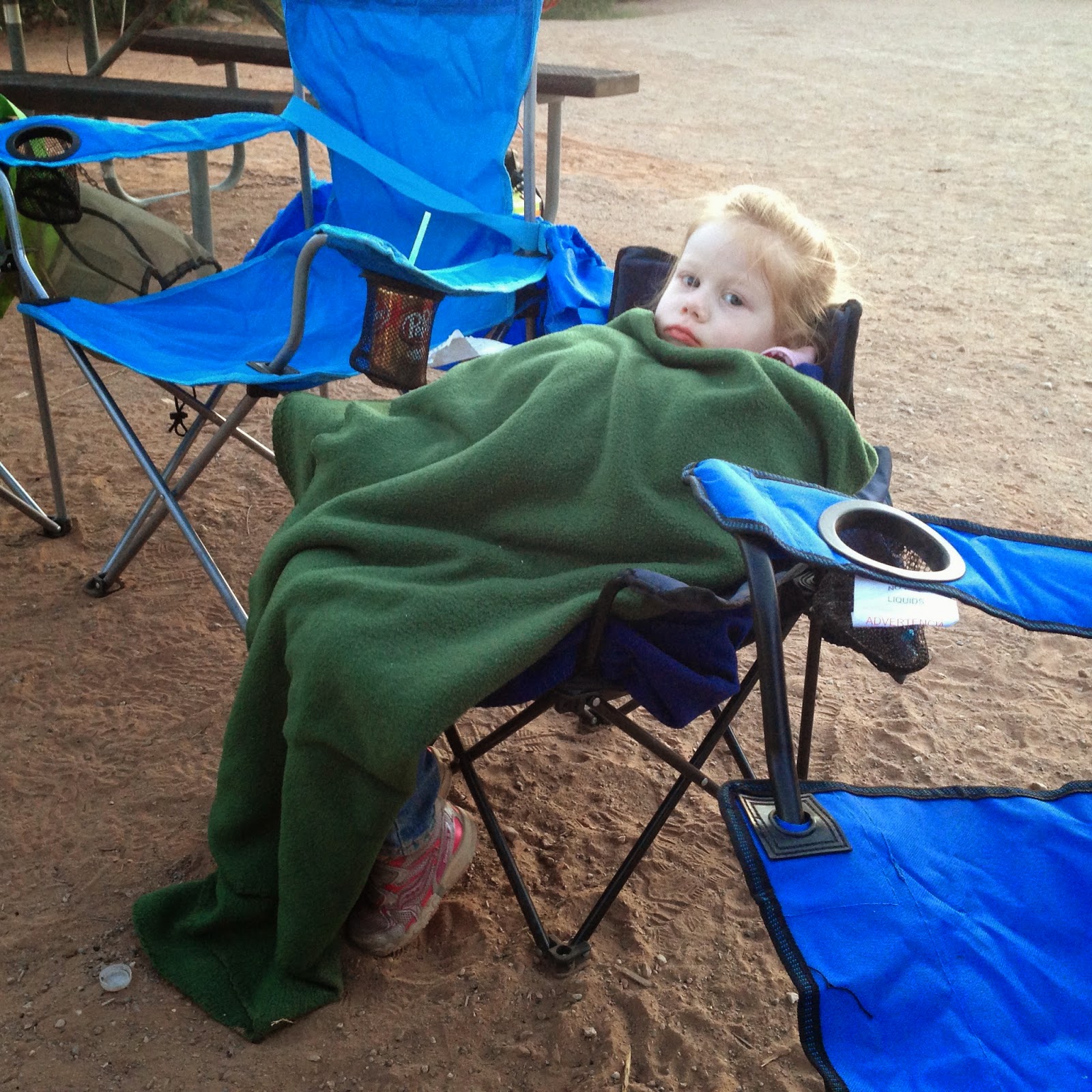 Although some body parts were neglected 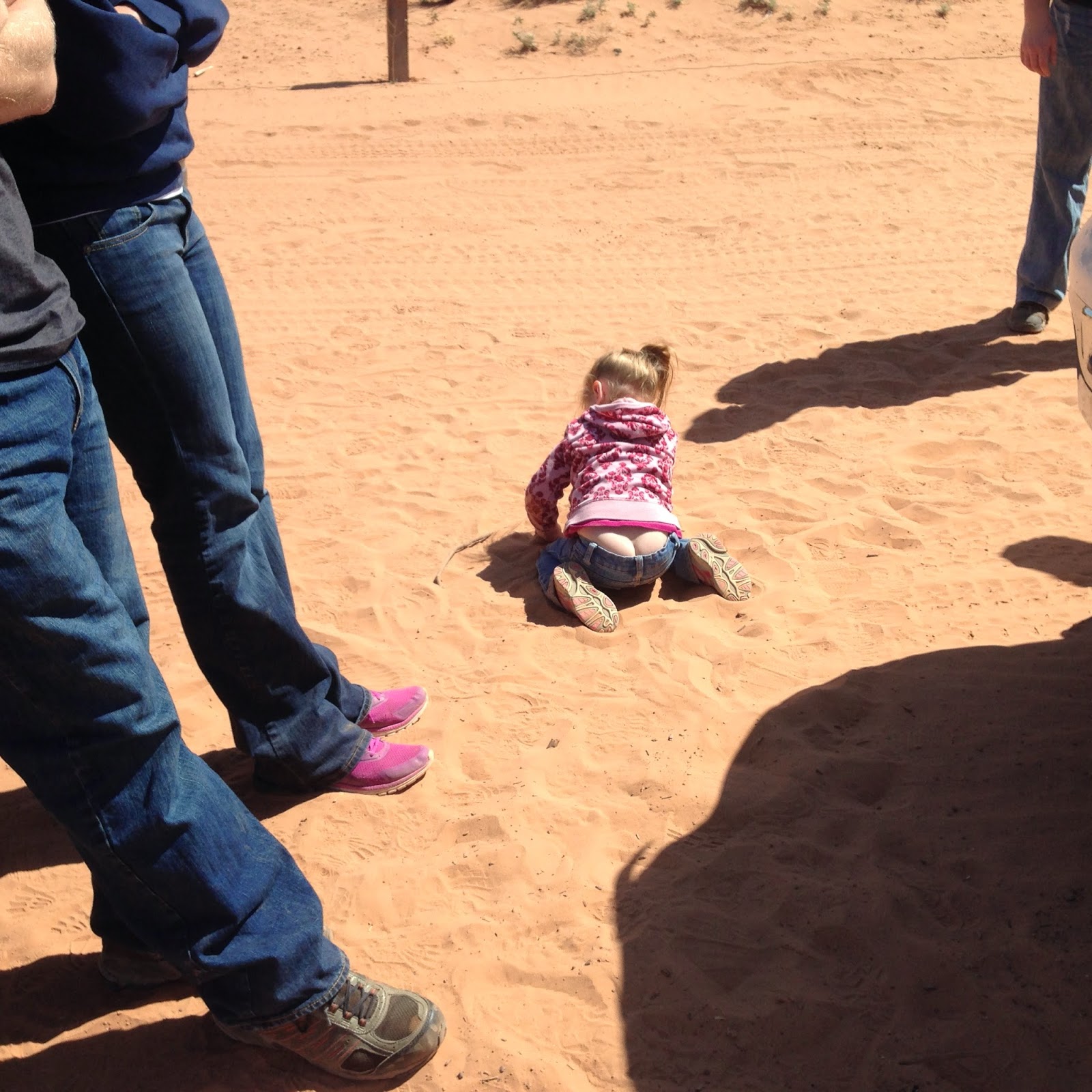 It was too cold to do much else that night so we cooked hot dogs in the trailers and just hung out and went to bed really early... I'm talking before 9 p.m..


Saturday we hiked to a waterfall before we left Moab with tears in our eyes... 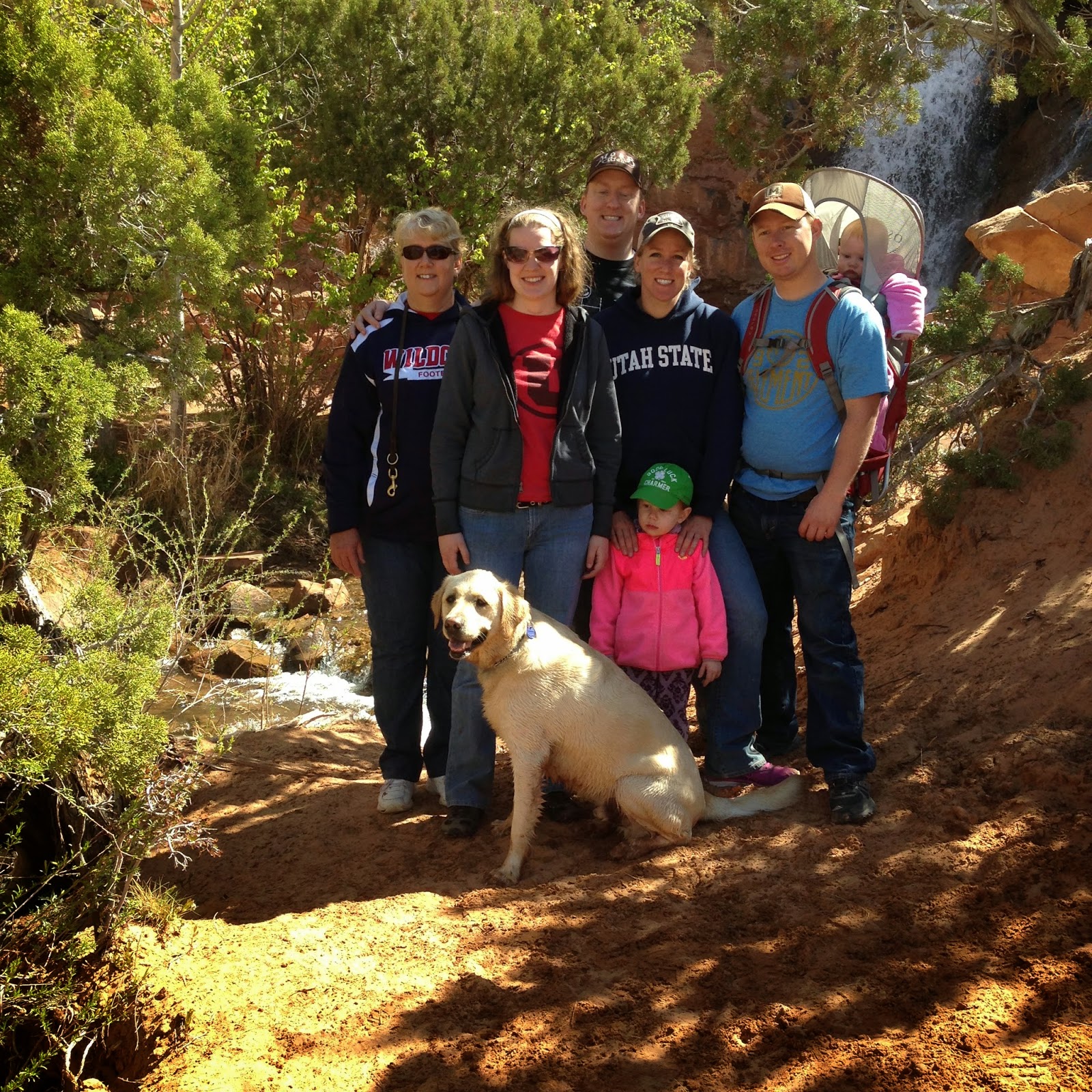 The Jeep broke down as we were leaving, just before we got on the highway. But Cory was able to fix it quickly enough to get us home safely. I am so grateful for him and his mechanical knowledge. He's amazing.


We had such a good time. It was so hard to leave!! The whole trip Kennedy would just randomly exclaim, "I love camping!" Which always sent my heart soaring. She had so much fun running around, exploring, playing in the dirt, and hiking. It's been a while since I've seen her that happy and content for days at a time. I keep complaining to Cory (because we live in an area where people take bi-yearly Disneyland vacations and we just hope to be able to take our kids once, someday) that it doesn't seem fair that we don't get these exotic, expensive vacations like everyone else. But, I have to remember that we were raised camping and we love it dearly, and I am grateful for the opportunities we have to take our kids out and enjoy nature and help them gain a love and appreciation for it like we have. We really are creating the best memories and enjoying family time together and that's what is most important. Plus, it's cheap! :) And we will get our exotic vacations someday.

Until we meet again, Moab!
Posted by Megan and Cory at 4:47 PM

I consider Moab exotic! Where else in the world is like that? Lots of places have oceans and beaches, they're kinda all the same! :)