Cory is doing well. He's either been hard at work while at work, or he's been hard at work trying to get our basement finished. We decided to finish it about a month or so ago. The drywall is almost up, which is amazing considering he's done it all; single handed. There's still so much work to be done down there, it's unreal. But we're plucking along. I'm hoping once he has some Saturday's off that we can get some help and knock out some more work quicker.

I'm living the dream as a stay-at-home mother of two very busy children. Well, one busy one and one needy one. So I see a lot of this... 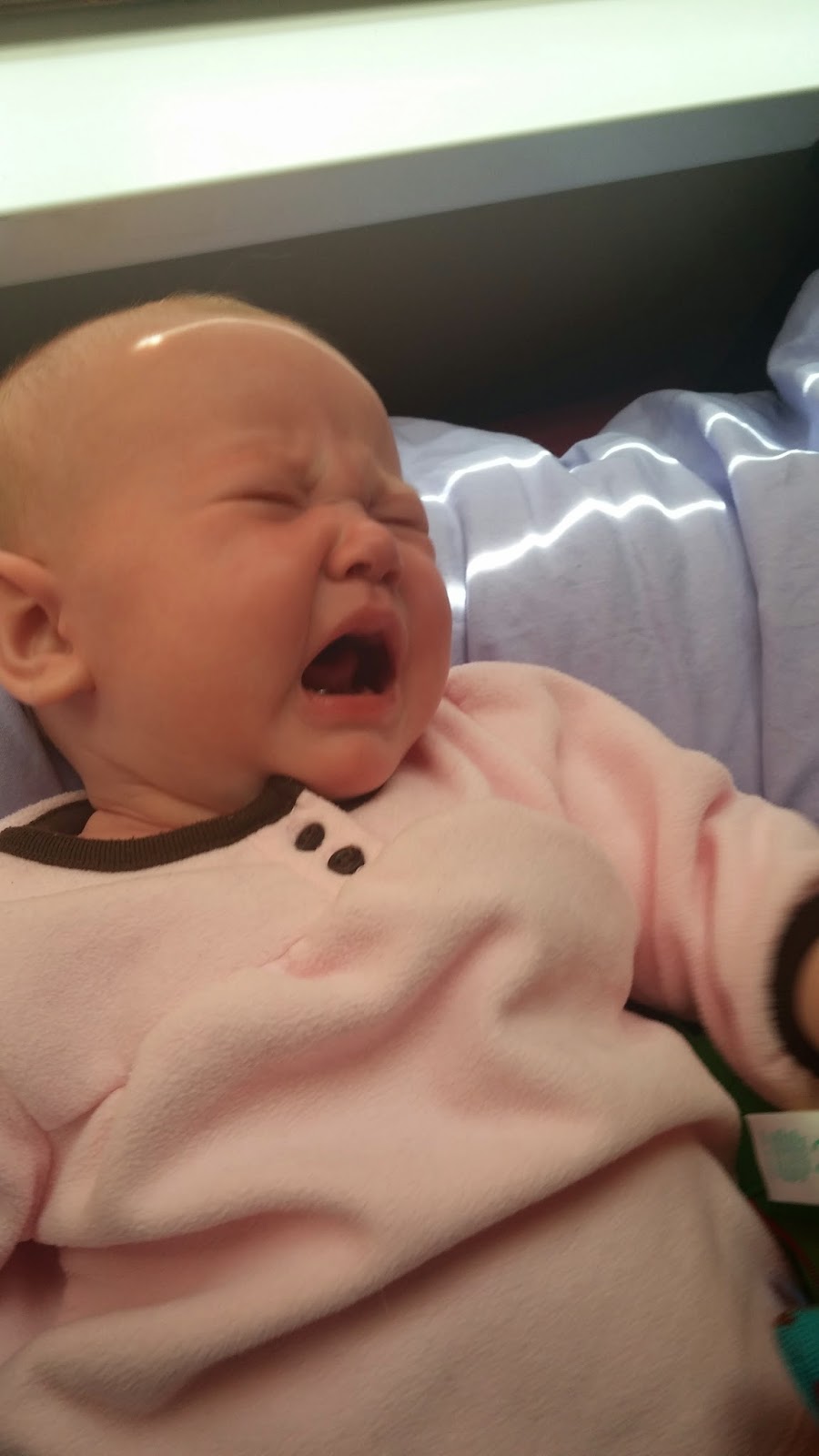 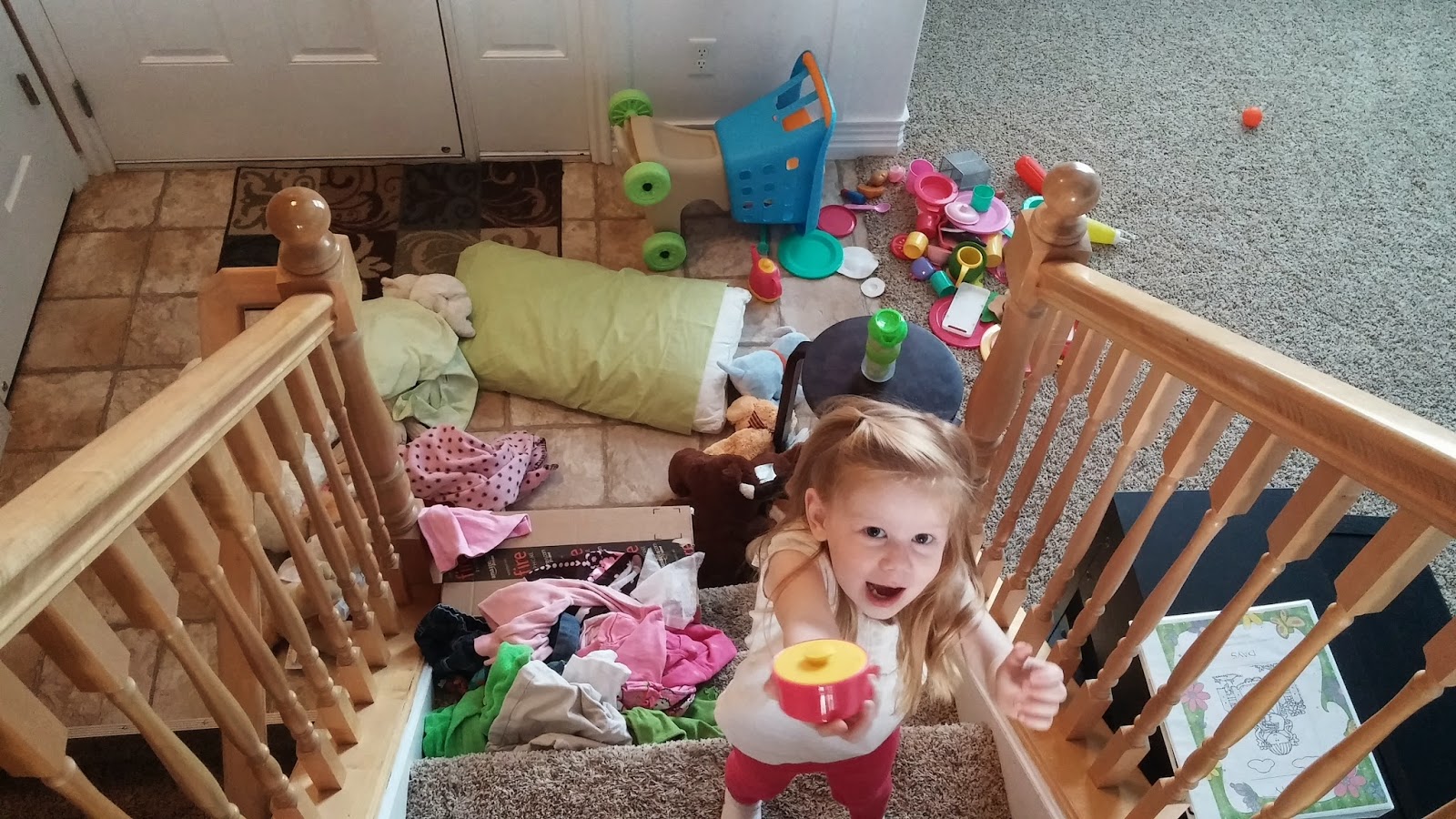 But also a lot of this 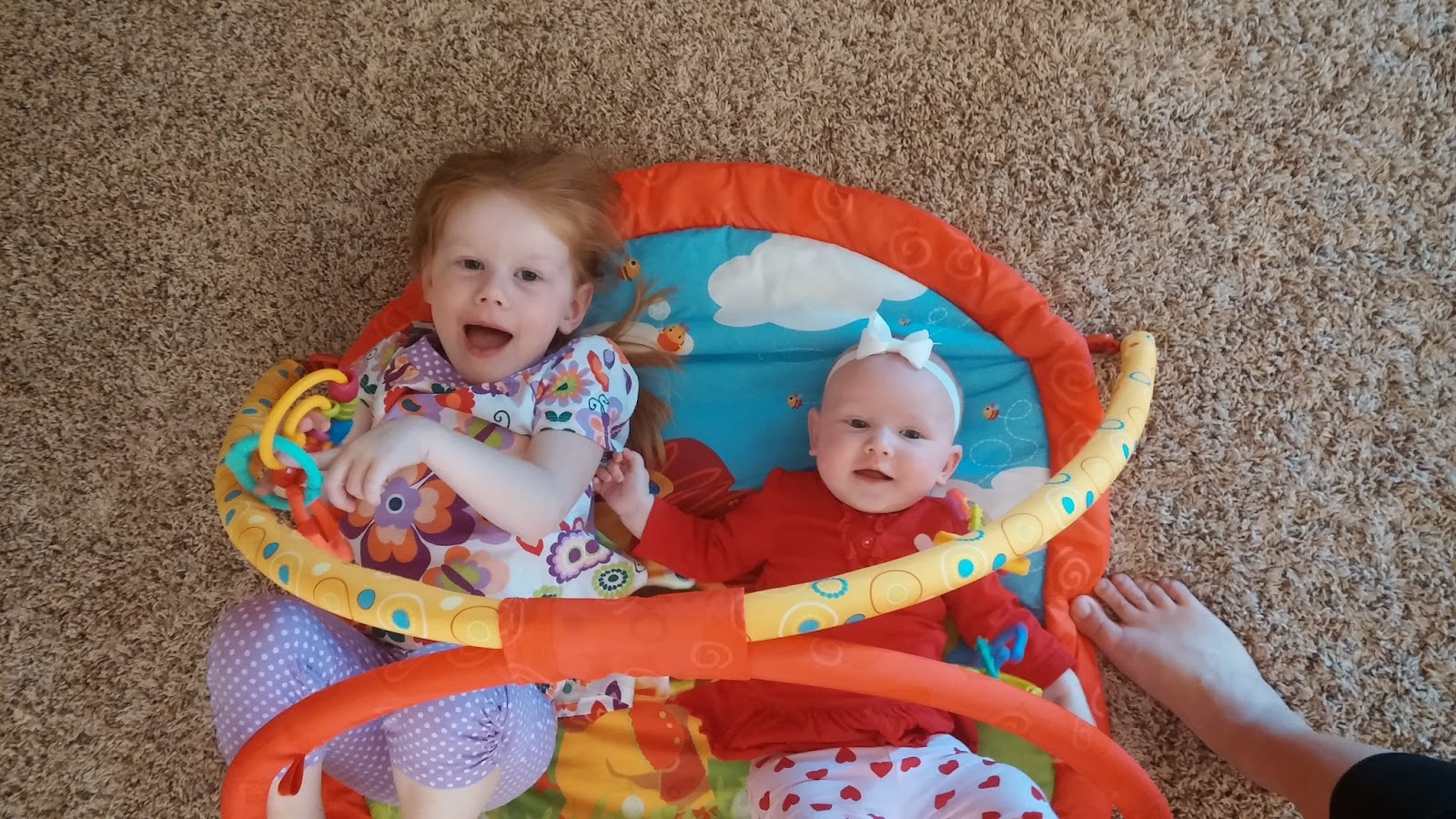 I seriously question every single day why I even bother to vacuum or clean our floors or wipe off the couch. There's always a mess somewhere that needs to be cleaned up. But I wouldn't have it any other way.

I'm doing well and feeling well. I had a very strong long run this week (long for me) that set my spirits soaring. I was on cloud 9 all day long. I feel like I'm starting to leave this ligament crap in the dust. Time to rebuild! Side note, I also started watching Revenge a couple weeks ago. It's amazing. I need to find someone who's as hooked on it as I am so we can text each other about it. Any takers?

Kennedy is her usual spunky self. She is LOVING preschool. She gets so excited when we're approaching the building and it comes into her view. She yells and points and kicks her legs. Her teachers are wonderful and I think she's making some friends. It's also helped her speech. She's still pretty hard to understand a lot of the time, but she's at least trying to say things and will repeat words when I correct her. We've kind of given up on speech therapy because it was a terrible fit for her. It was nothing but a fight and I couldn't stand going and wasting our time while I fought Kennedy to listen and sit still. They weren't doing anything that we can't do at home. Although she is still significantly behind most kids her age, I believe she will get it eventually. It has to be on her terms, like everything. 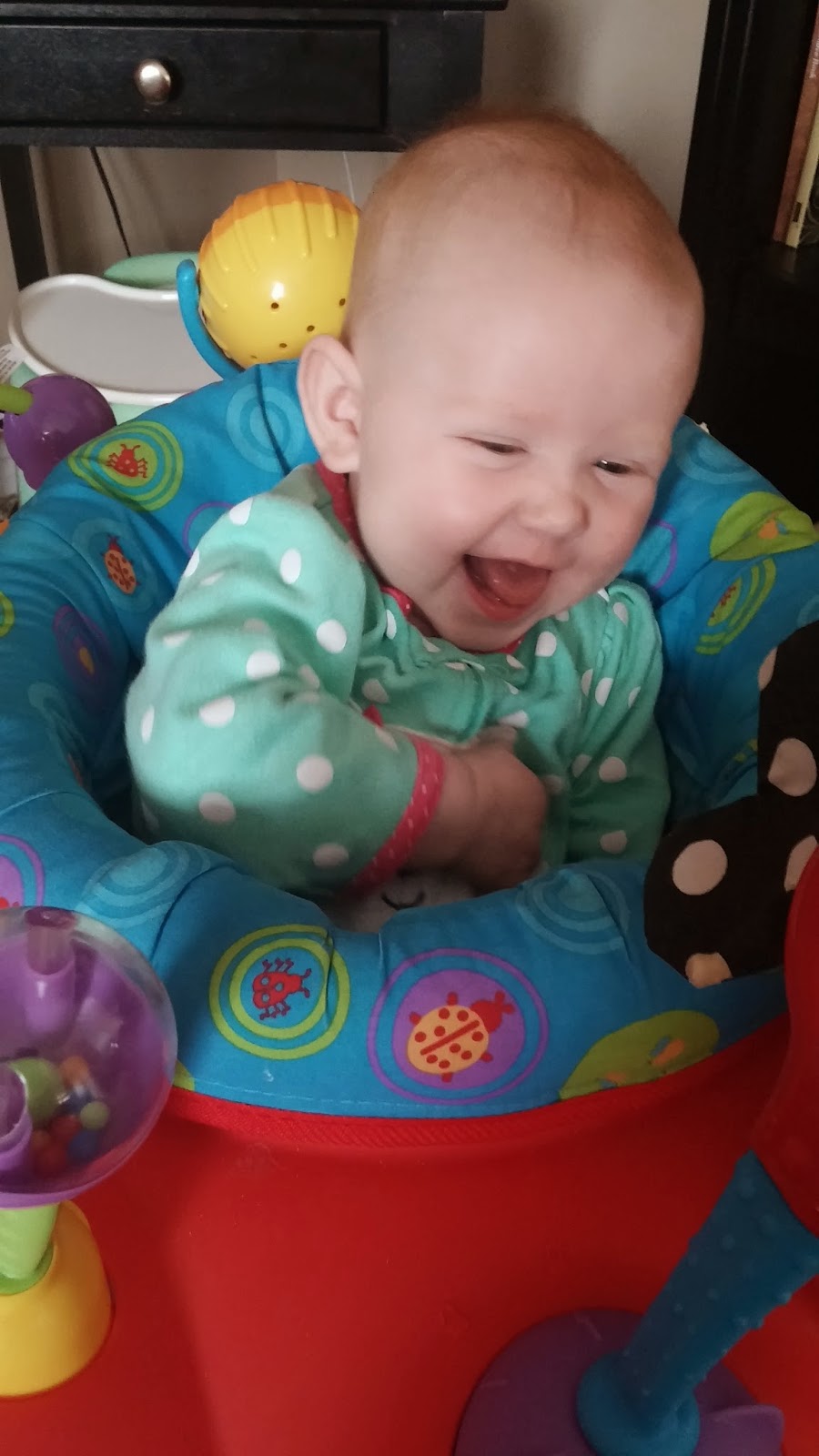 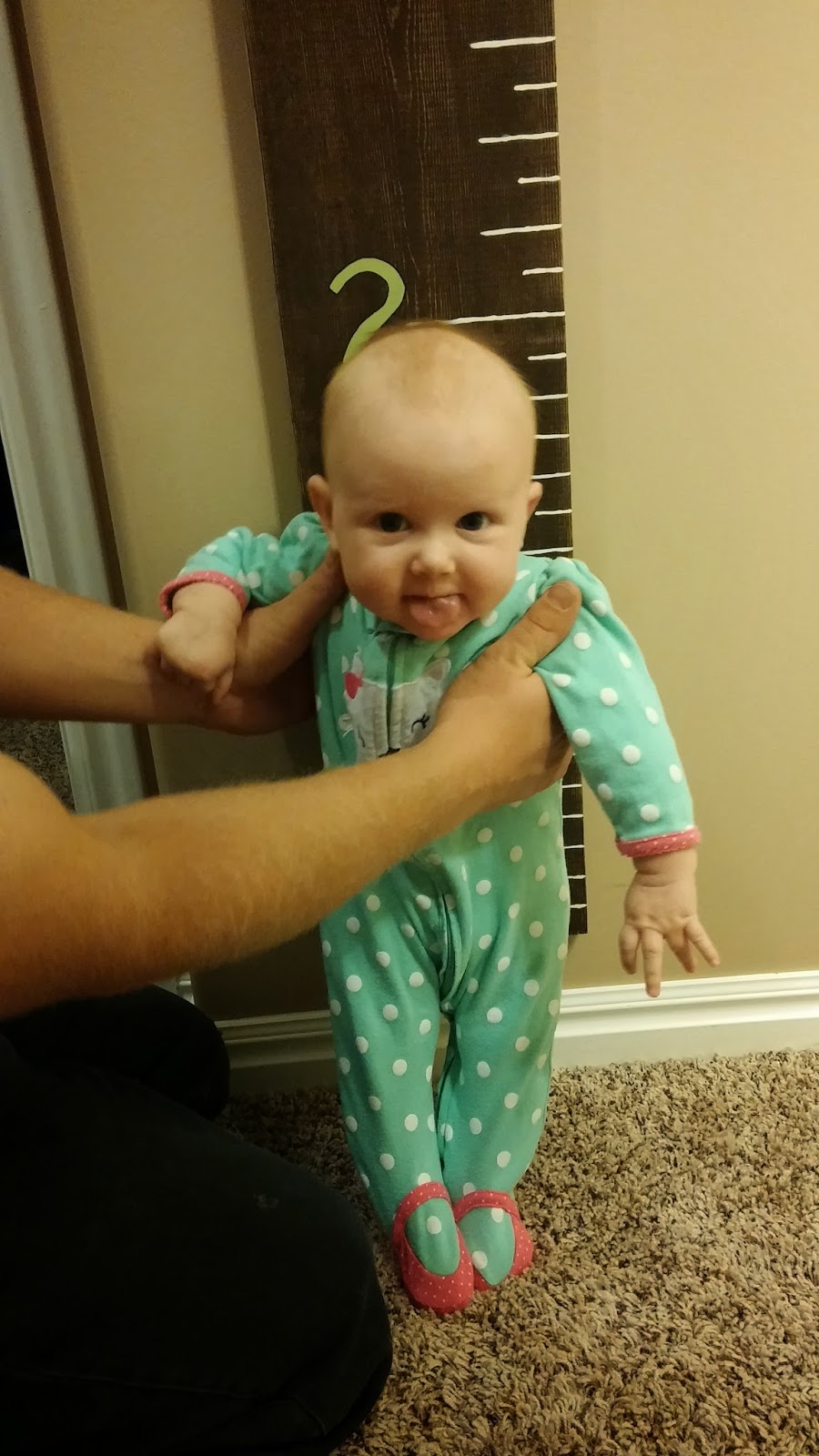 She's rolling over all the time now and we finally got her sleeping through the night again. She's eating 6 oz every 3-4 hours, is in size 2 diapers, and graduated to 6 month size clothes. She naps pretty good in her crib but we're gone a lot, so she also sleeps a lot in her car seat. She's started showing a sensitive side to her personality. She's been scared easily by loud noises and people getting in her face too abruptly. The face she pulls is the cutest and saddest thing you've ever seen. Her eyes get big and she sticks out her bottom lip and.... *sigh*..... her face just crumples into adorable/sad cries. She's sure a little spitfire.

We tried solids this past week as well. It was meh. I remember being so excited to try it with Kennedy. Now it's just another thing I have to do haha... so I'm not too consistent with it yet. 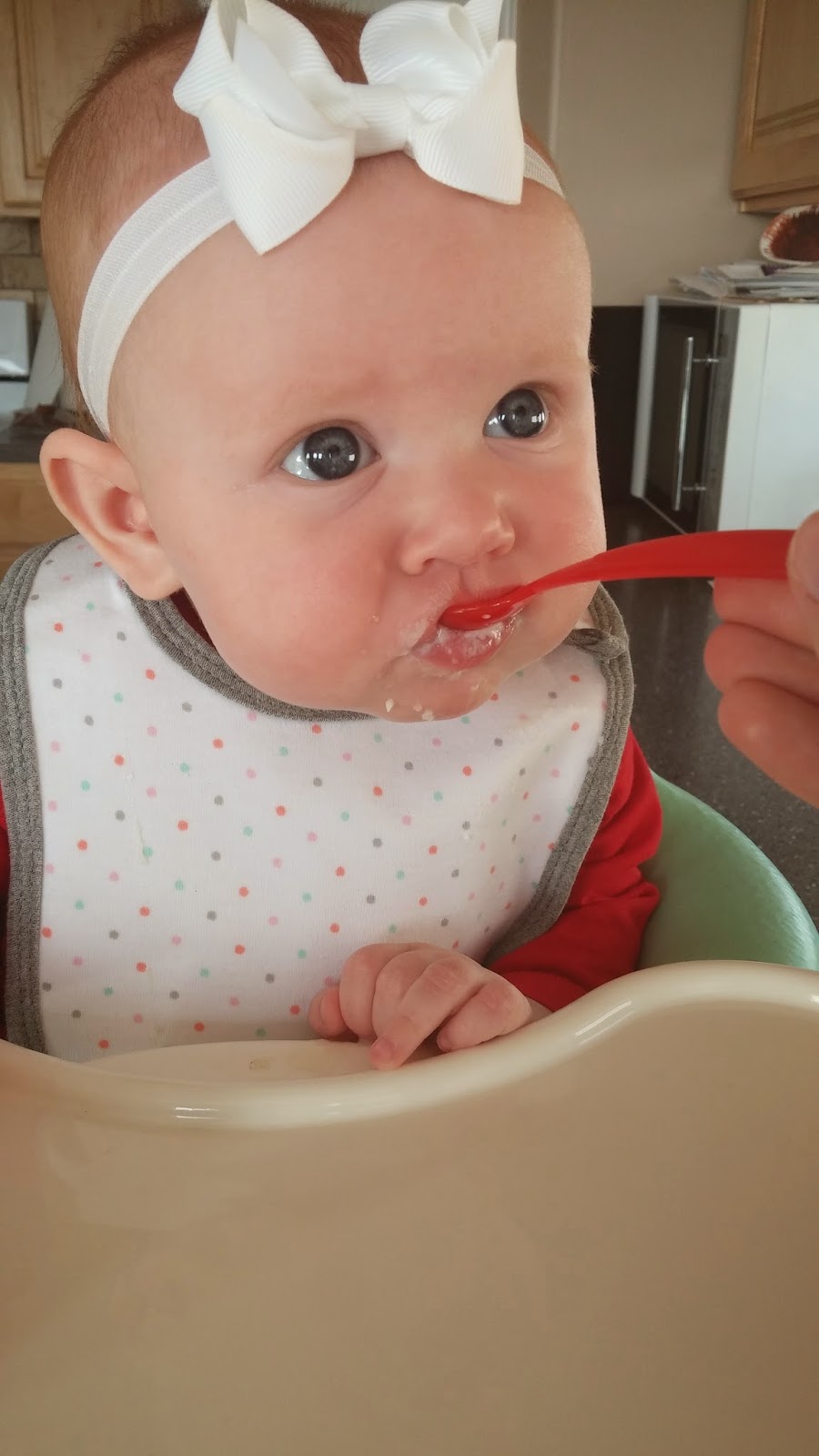 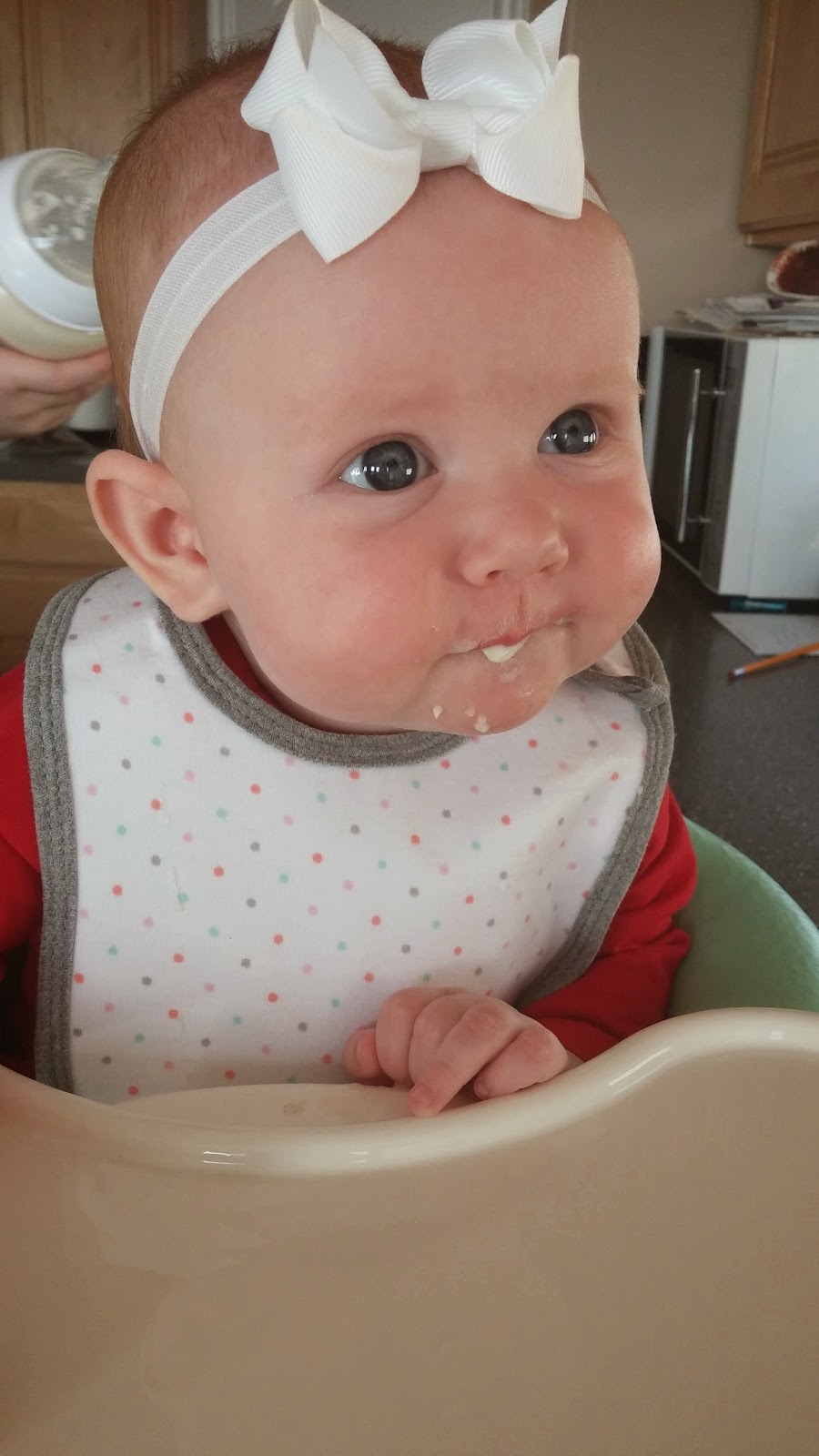 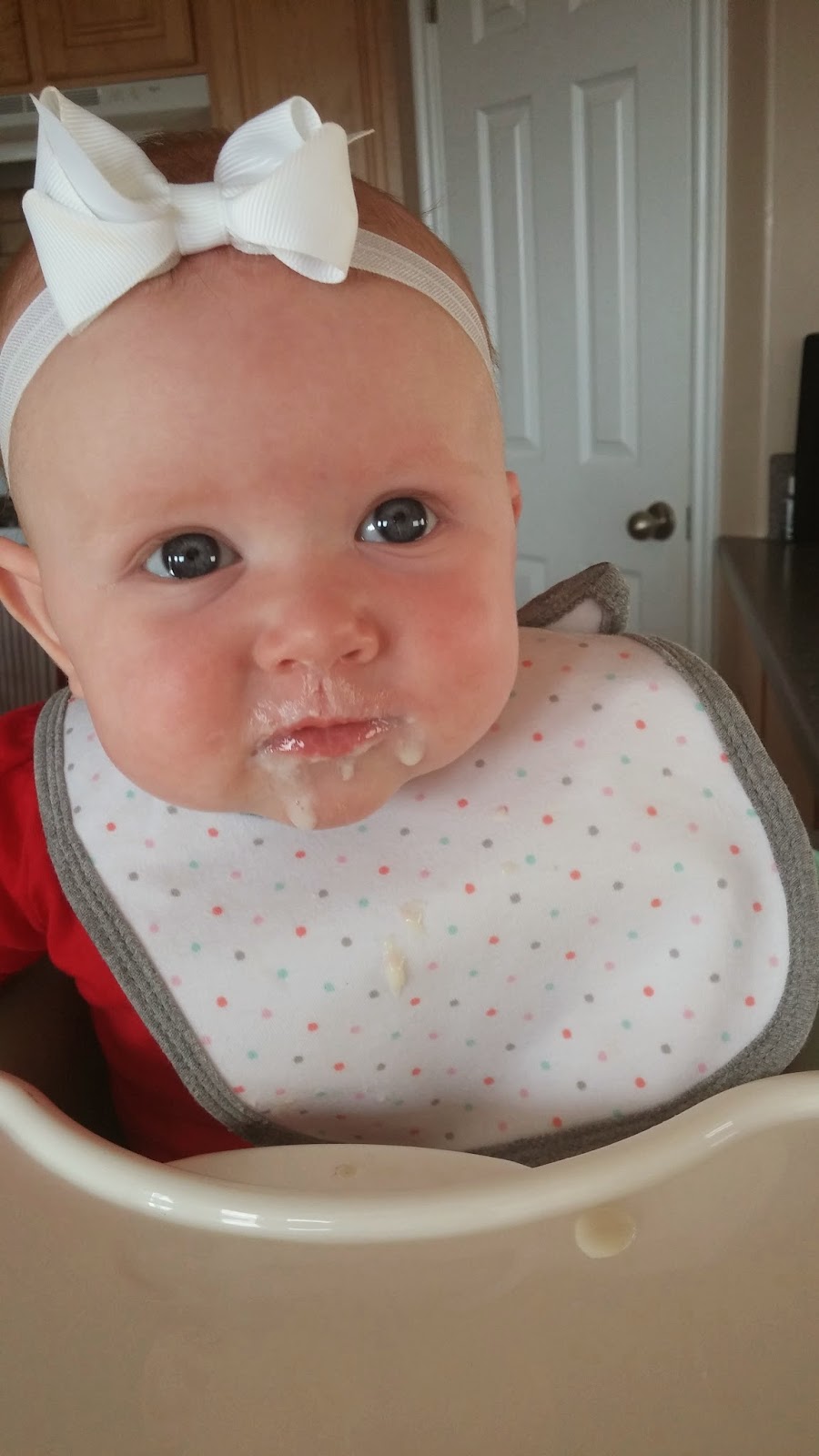 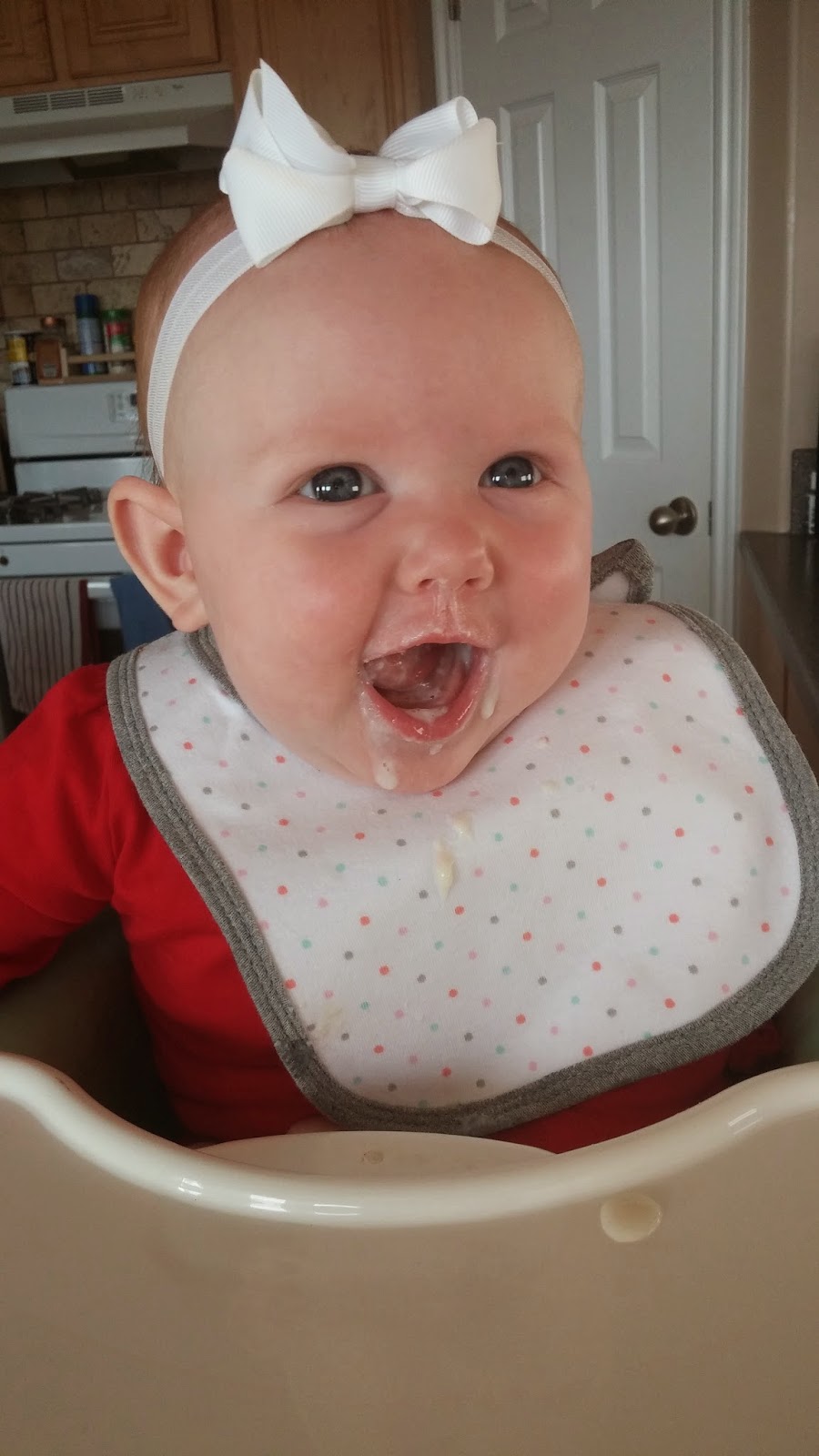 And in other news...

We've done a couple fun, Halloween related things lately to try and keep ourselves entertained. We attempted Gardner Village last week but we went on the worst day possible and it was nothing but swarms of people. I hate swarms of people. I don't even like clusters of people, much less swarms. 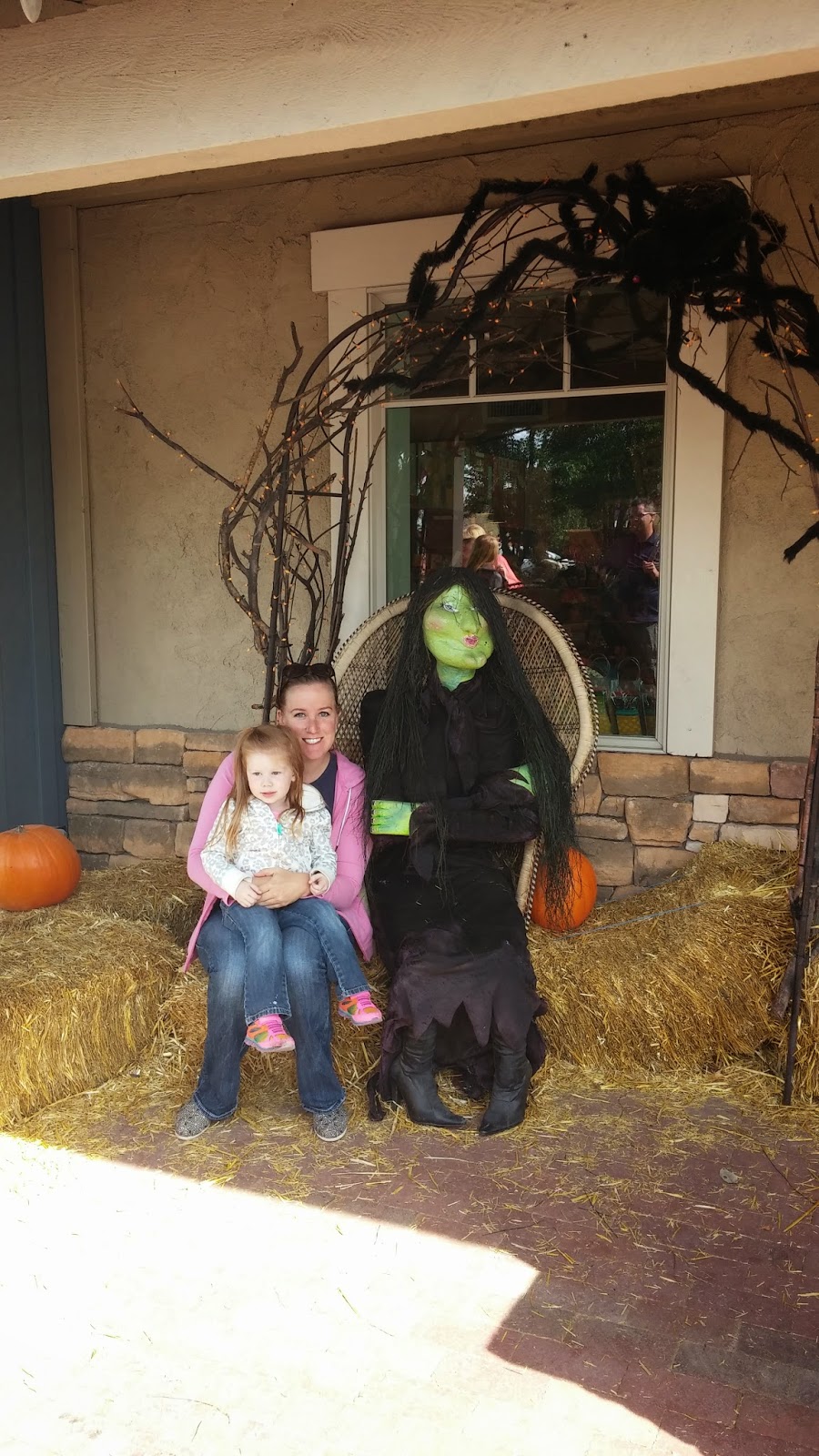 So we didn't get to do or see much, but that's ok.

On Sunday we took some of our pumpkins up to the Hunter's house and painted them. Kennedy had a blast! 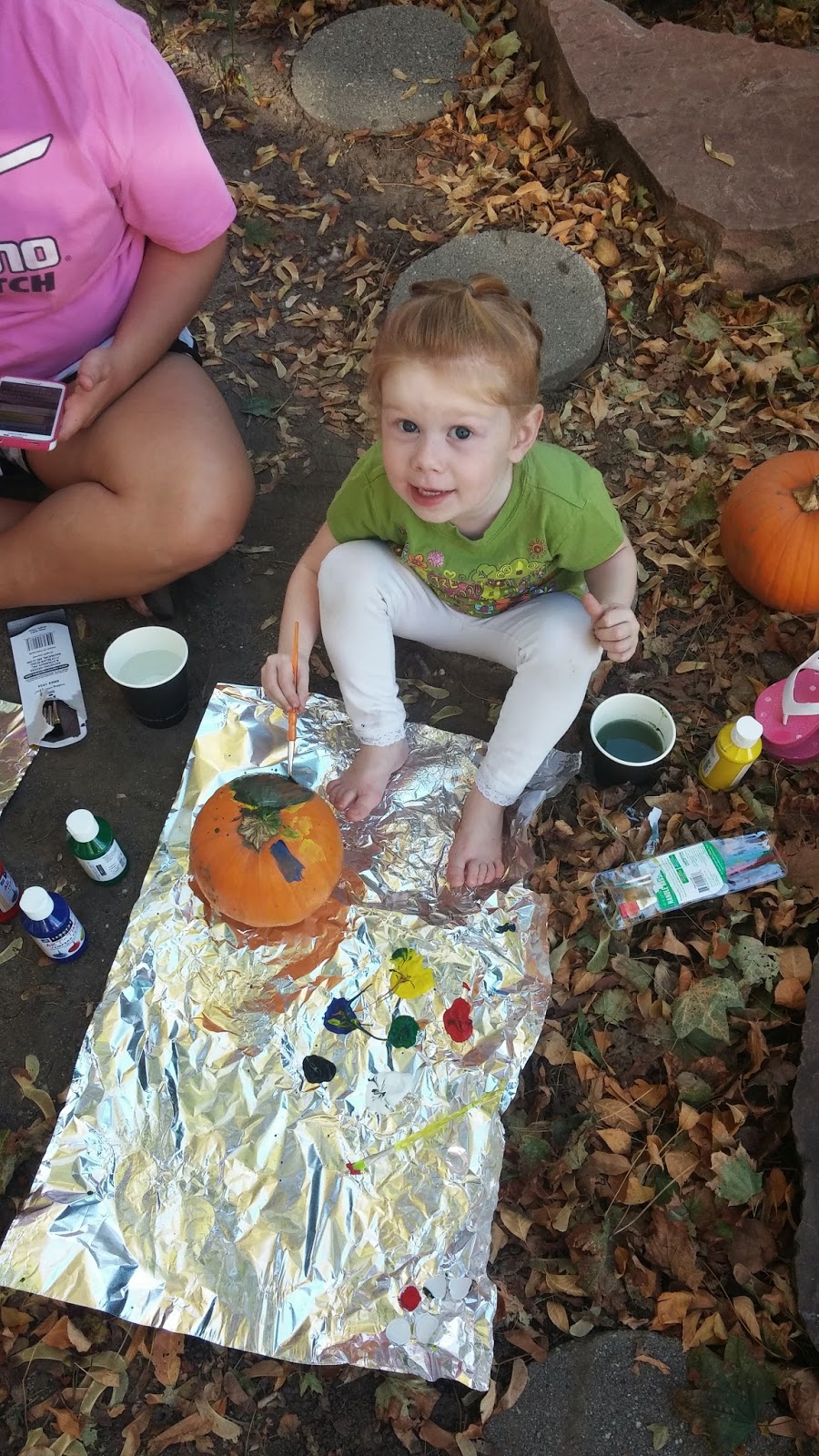 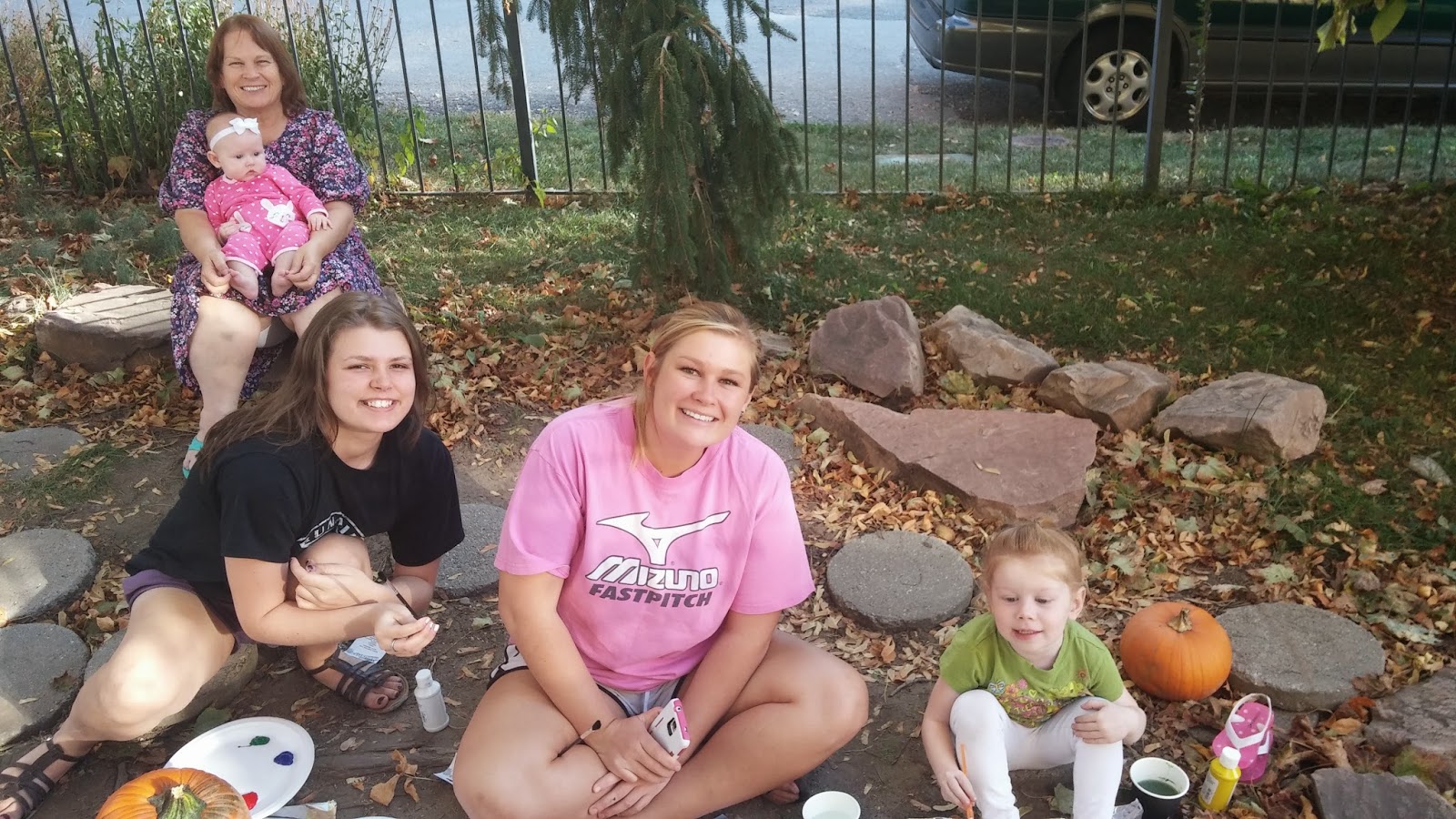 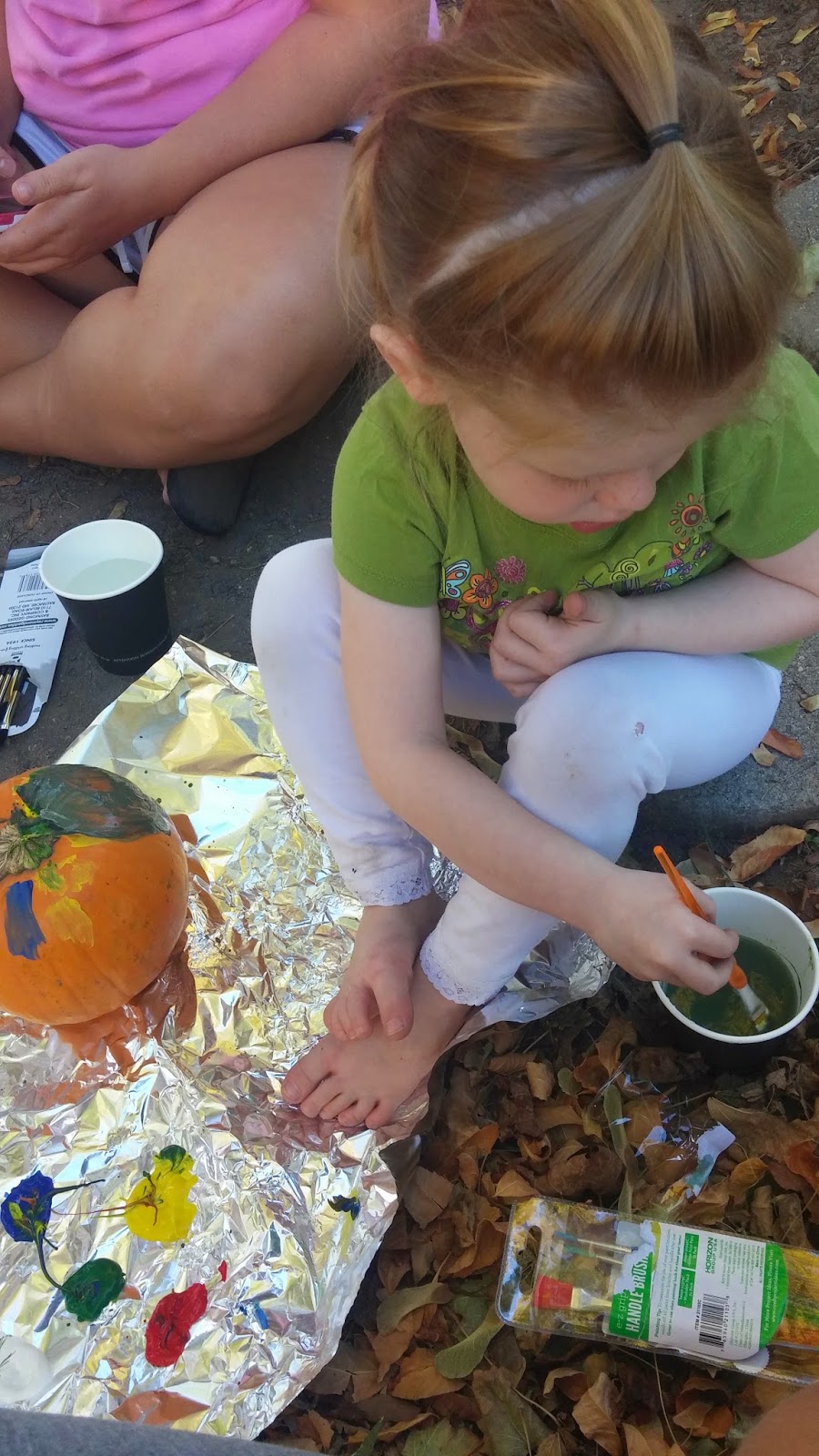 This girl sure loves to paint.

And of course, I've gotten in as much cuddle time with my babies as I can get. 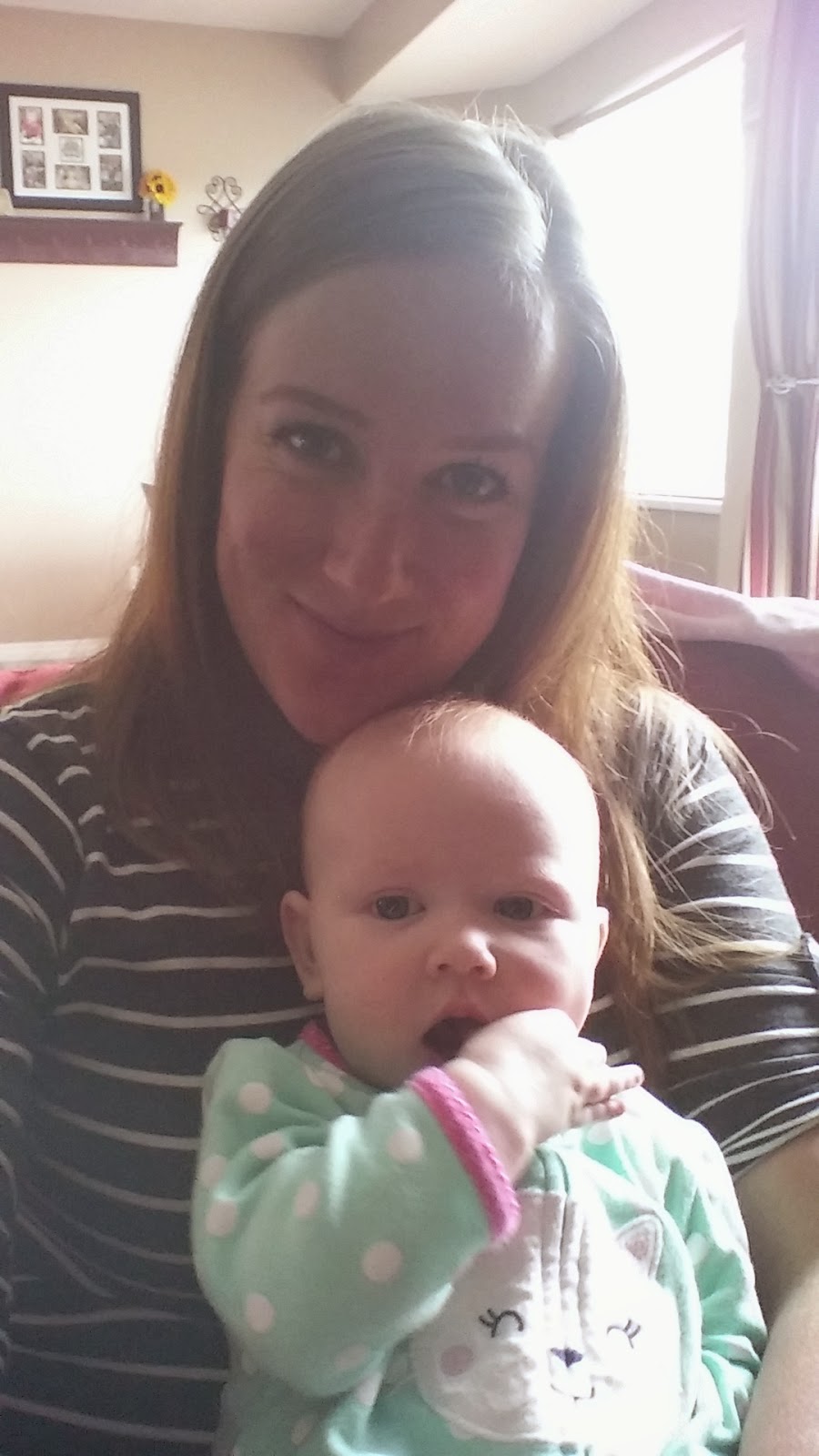 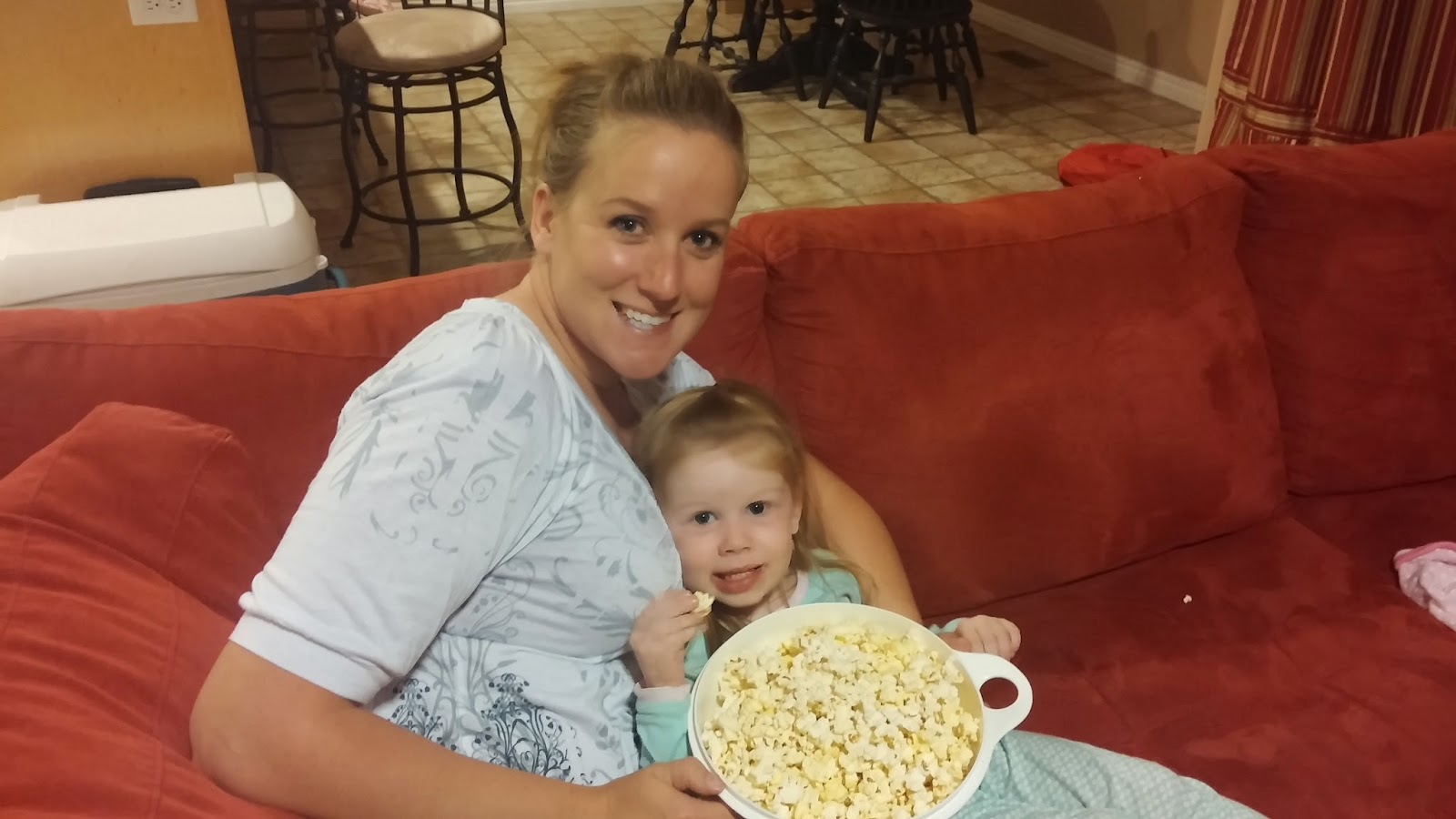 Who else is ready for some cooler fall temperatures? I sure am!
Posted by Megan and Cory at 8:56 PM