I have exciting news...

The Hunters have officially acquired themselves a computer!!! I cannot overstate my excitement on the matter. We have not had an official computer since we were married. Well, at least one that wasn't ancient and ran slower than a snail in glue. Blogging will finally be easy and enjoyable. Shout praises!

Because of the pain blogging has been, I am once again in need of catching up. So here we go:

Our little Kennedy started preschool last week. I cannot even believe it. I was a nervous wreck all morning because she does not have the best track record being left new places without me or Cory. But I tried to suppress my anxiety and make it a special day for her. We had her favorite protein shake for breakfast and she got to wear new clothes. She was so stinking excited to take her "kack-kack" (back pack) and go to school. I mean, look at this girl, would ya? 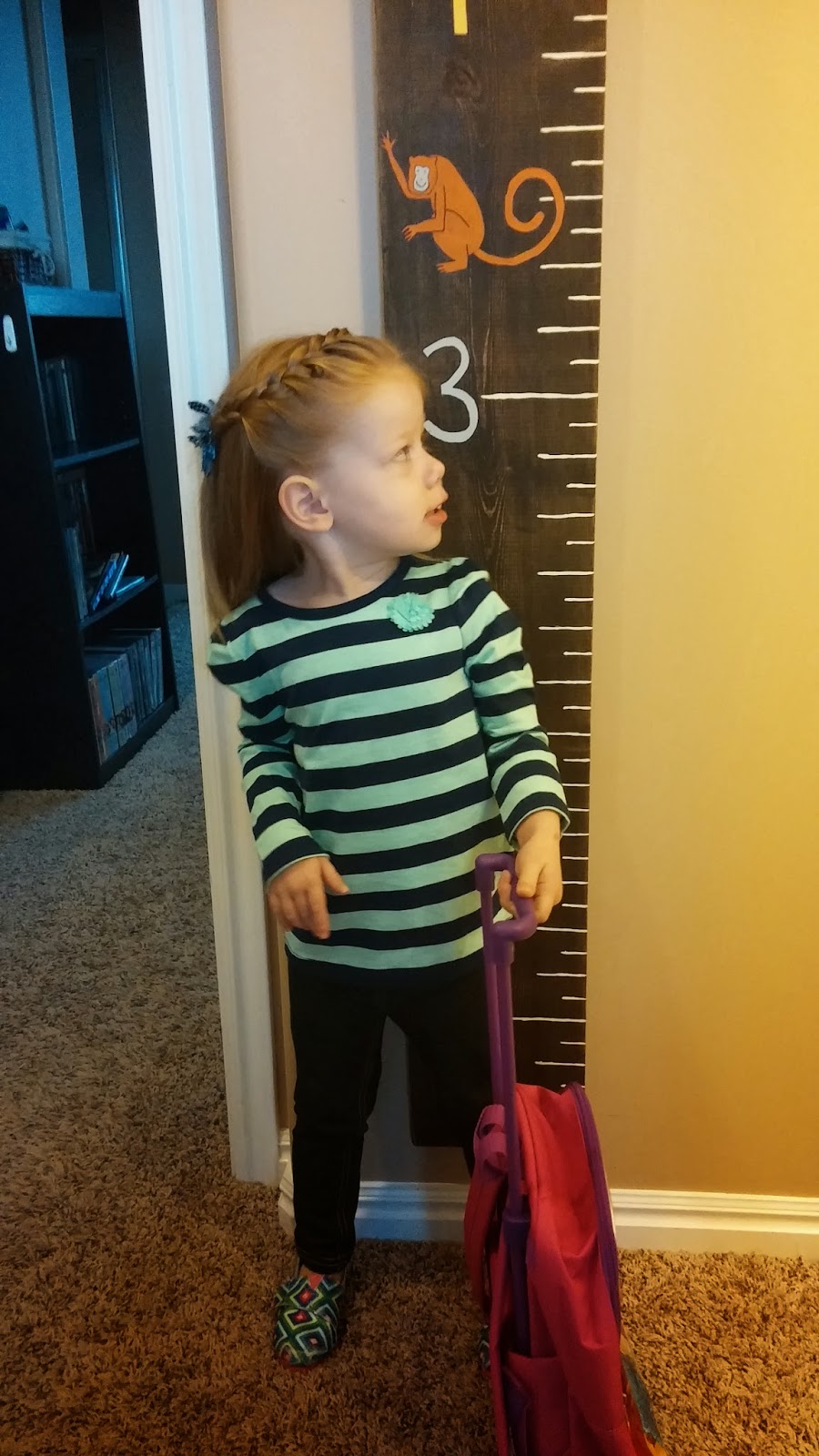 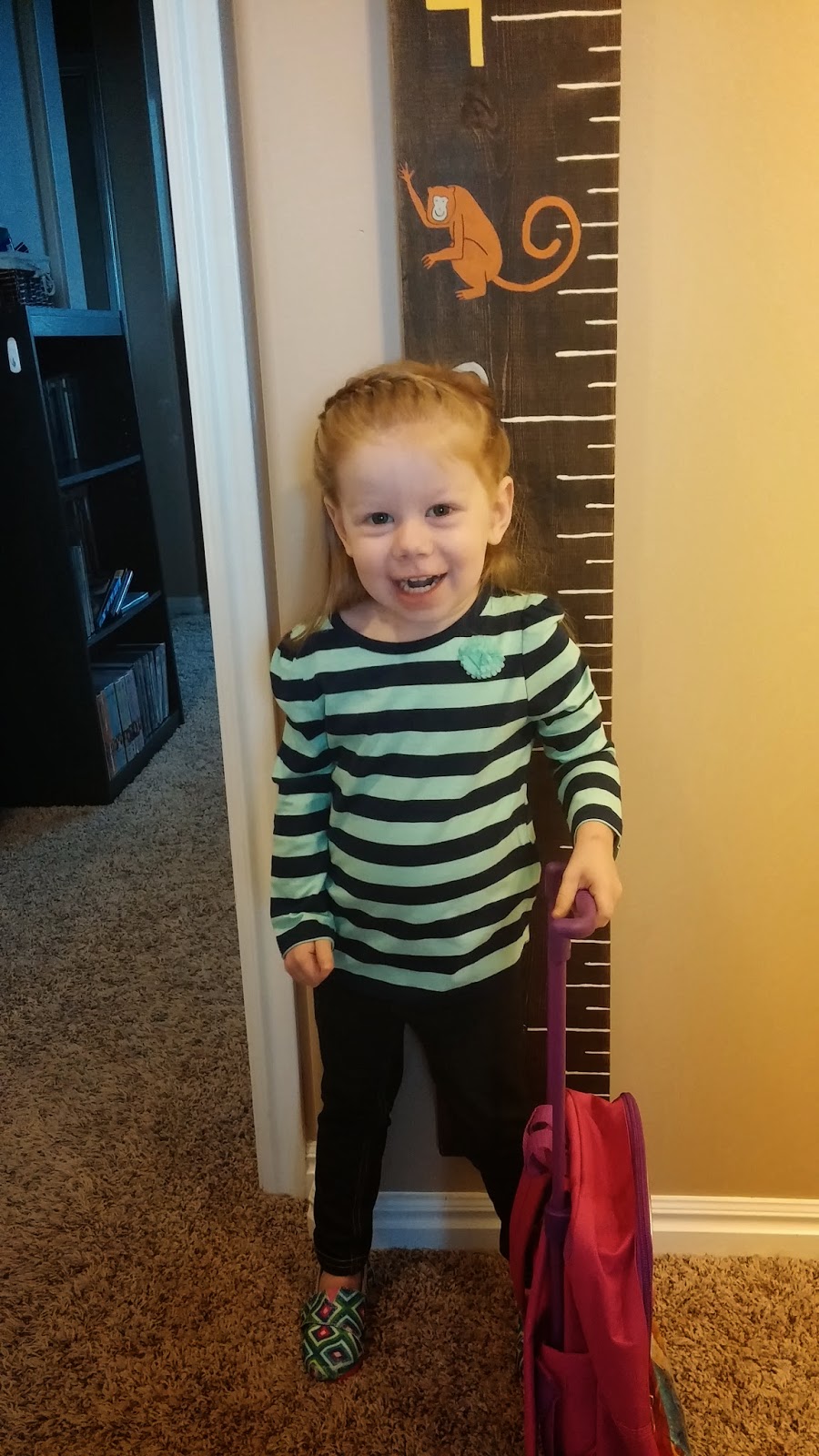 We arrived and saw Grandma (who happens to work at the same school, which is naturally why this preschool was selected) and walked down to her class. She went right in and grabbed a chair and then started crying when we said goodbye. My push-over-mommy-ness kicked in and I sent Cory and Brynlie away and stayed with her for about 15 minutes. She started participating and having fun so I decided to try and leave. Her teacher said she did wonderfully. The second day was a little rougher, she wanted me to stay again and when I left I could hear her screaming down the hall. But she got over it by the time I peeked in on her 15 minutes later. She had some tough times off and on that day but her teacher said it was short. Over time she will get better at it. She sure seems to like it so far.
This picture kills me. Could she be any cuter carting that thing around? 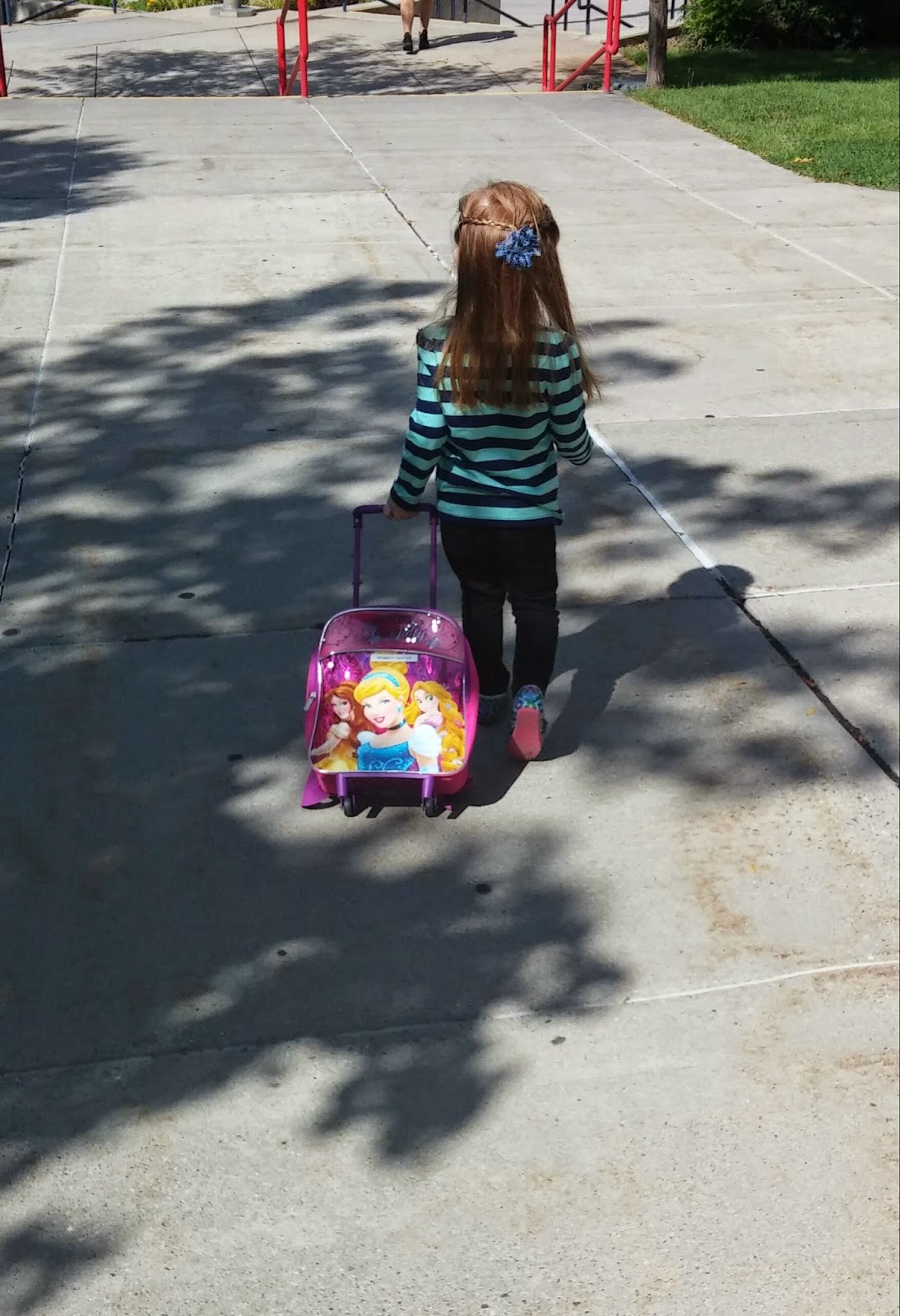 Showing off her school work. 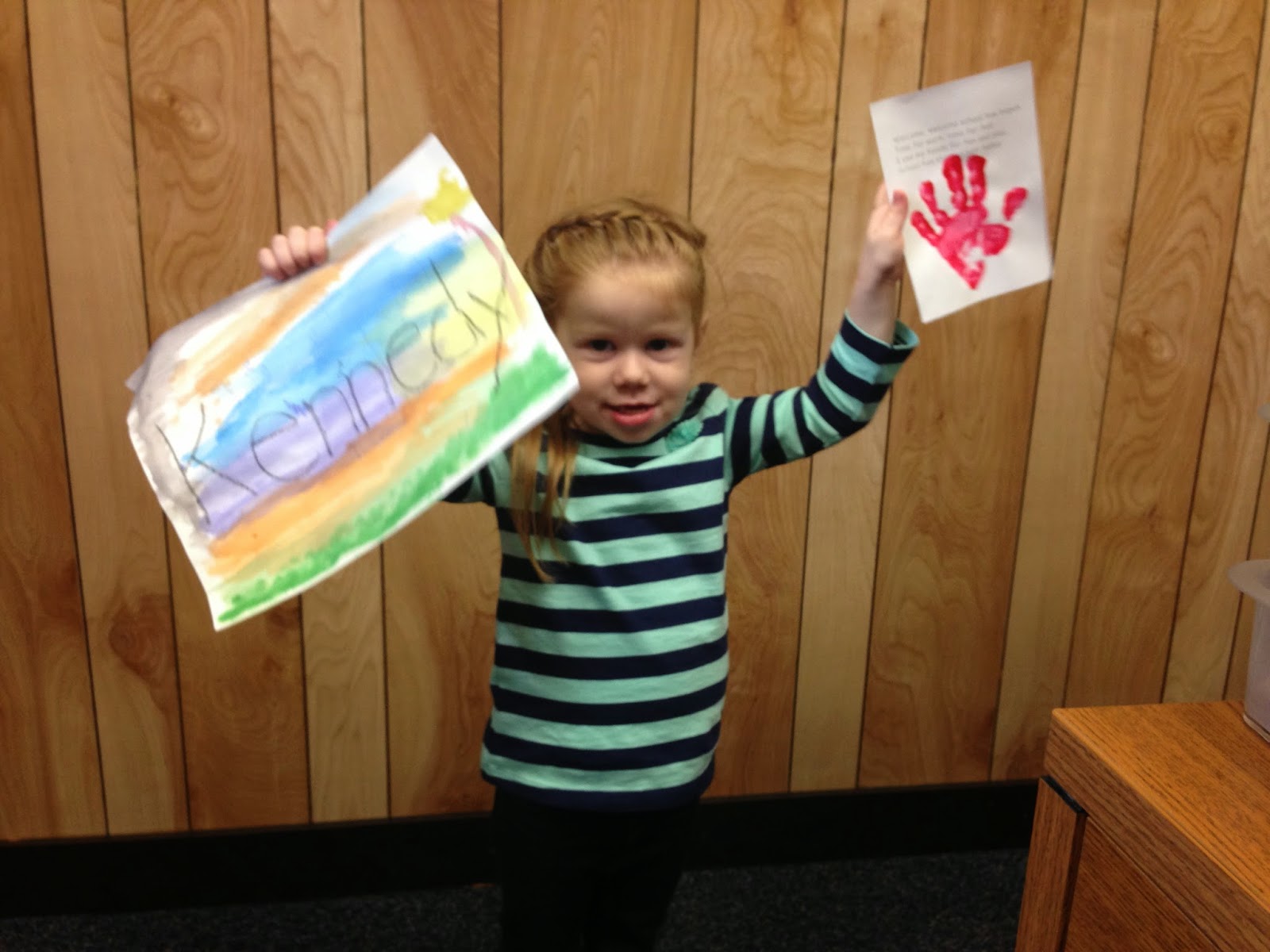 She also started another round of speech this week. It's called talking-time and it's held once a week. When we went to do the initial evaluation she wouldn't say a word. But her first day was held right after preschool and she was insanely talkative. I'm excited to see the positive outcomes these two things will have on her communication skills.

It was time again for the annual Hunter family camping trip. We decided to go up to fish lake this year. We found a pretty decent camp site, but unfortunately both girls woke up sick the morning we left and I caught it while there. It was also during a cold weather spell so it was FREEZING the first day and in the 30's at night. I've had more enjoyable camping experiences, but Cory and Kennedy had fun so that's what matters. Camping with a baby is pretty sucky. I can't wait until next year when I can take the girls and do something fun with them. Babies are kind of a wet blanket. The boys fished and we got some time on the four-wheelers. Kennedy loves riding them but wouldn't wear her helmet so she didn't get to ride much this time. Little stinker.
These two are awesome. And we're cold. 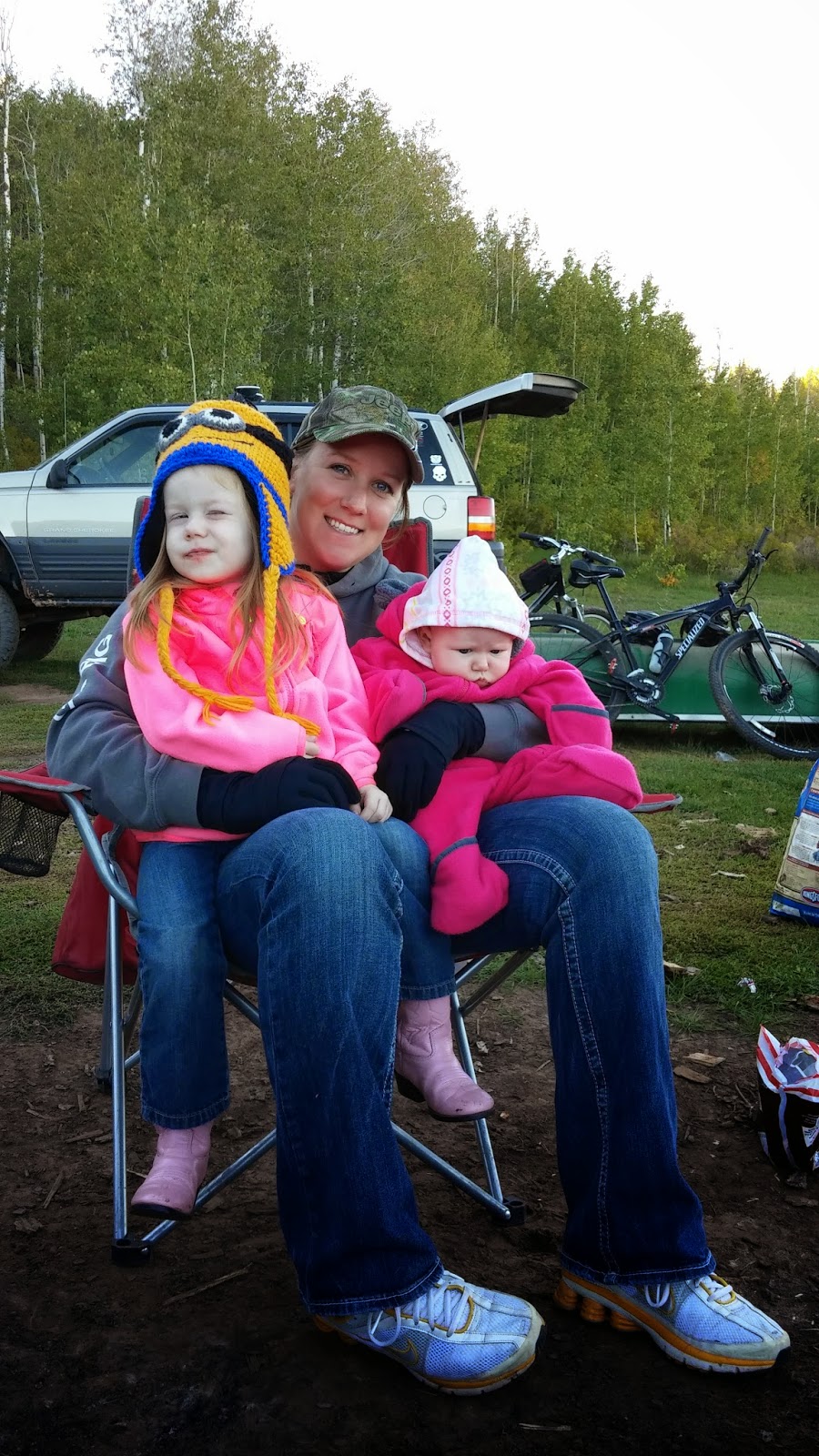 She was as filthy as could be. So bad in fact that she had to have a shower when we got home instead of a bath, much to her disliking. 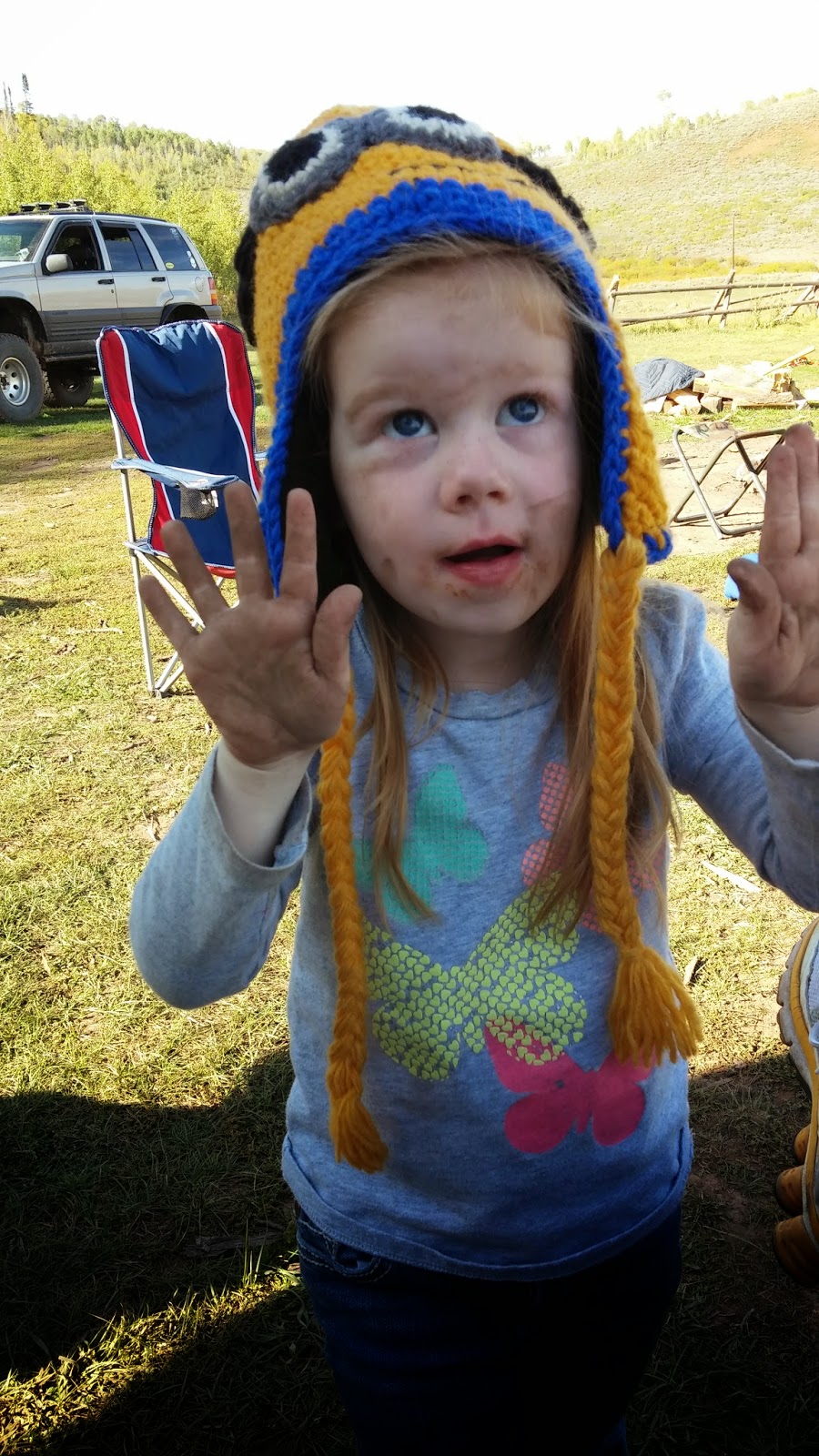 But she's still cute, dirty or not 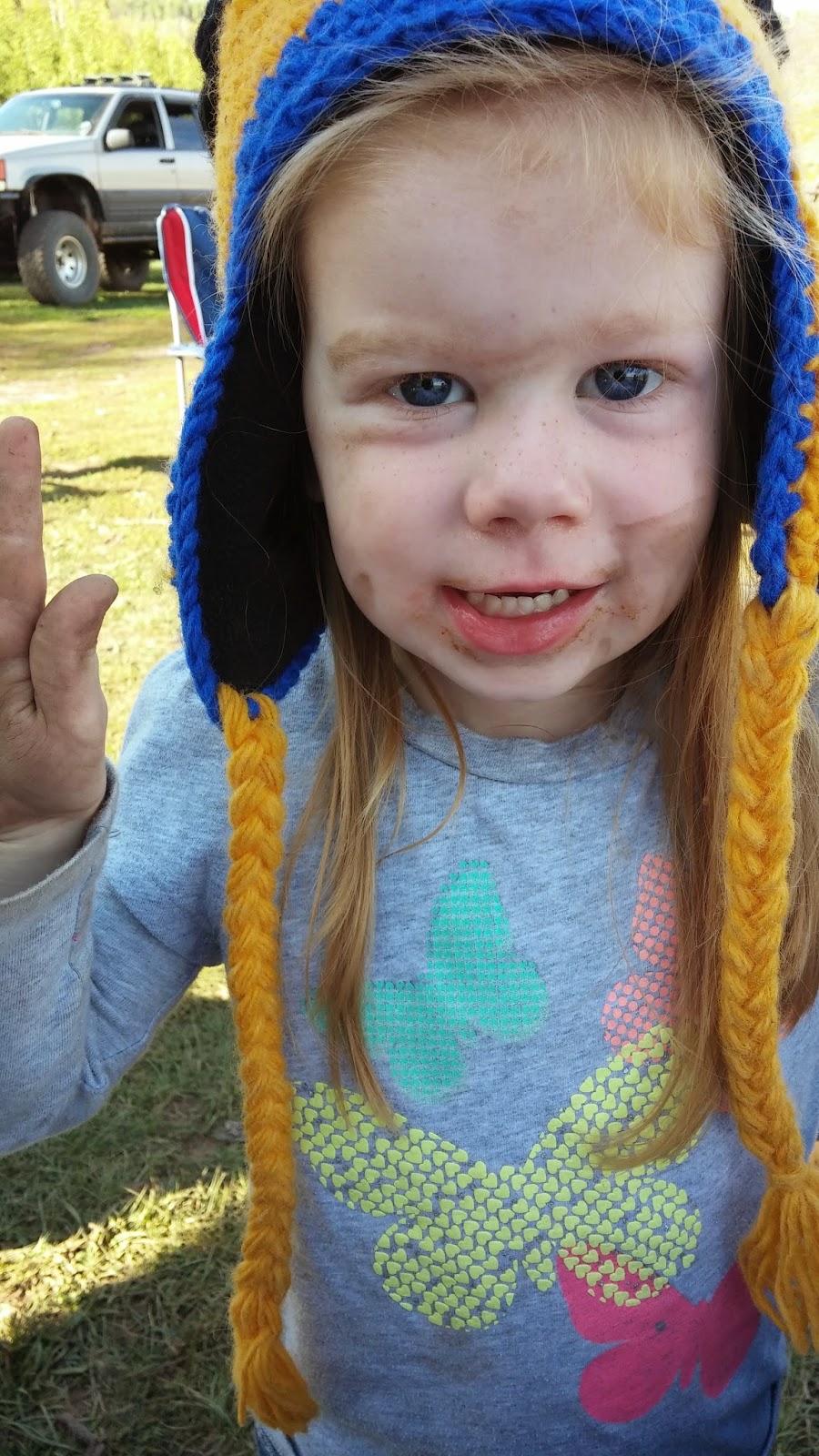 I don't know why, but this picture melts my heart. She looks so big and like such a little happy camper. 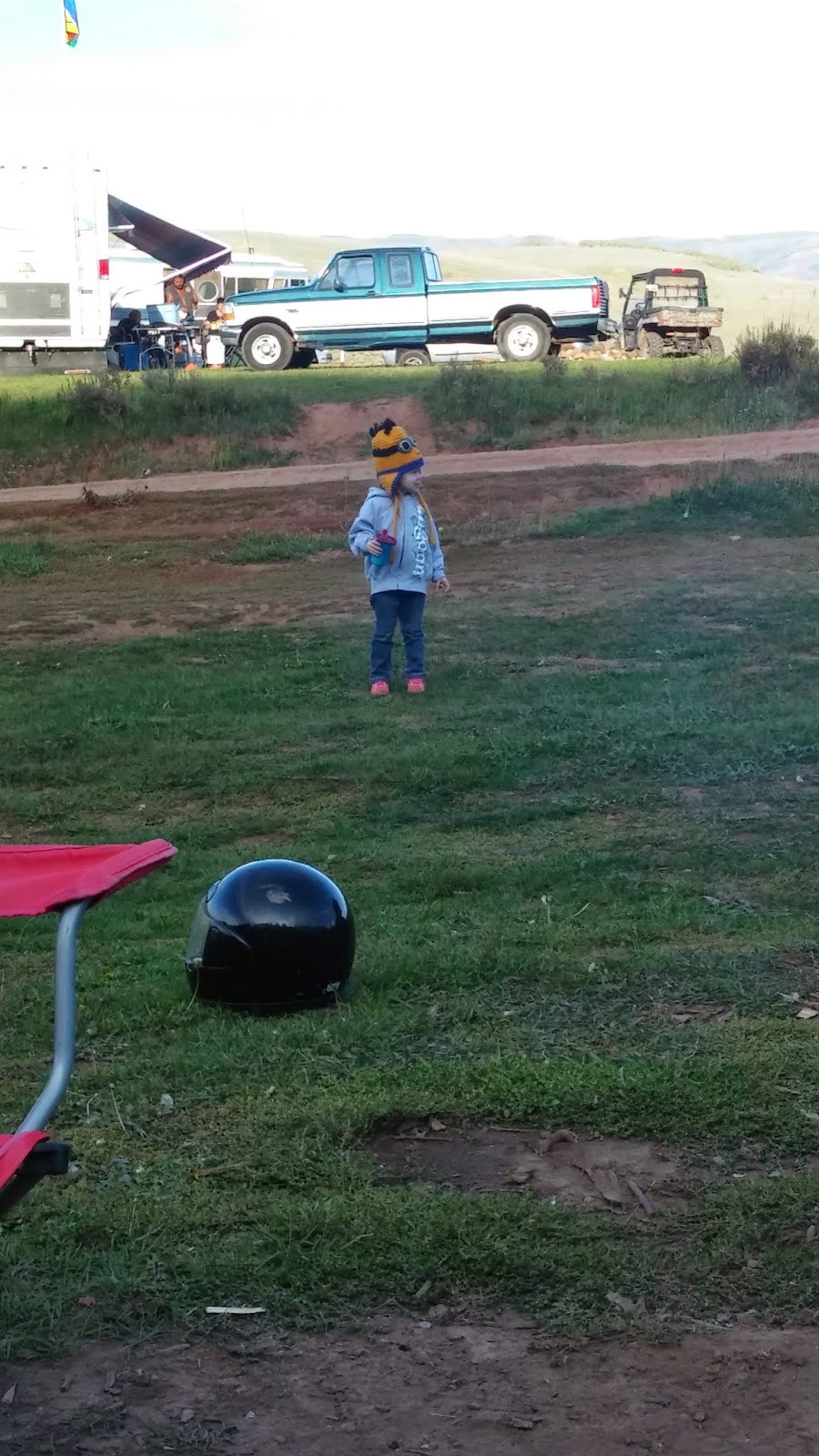 Funny story about her hat... when she first got it, she refused to put it on. She HATED it. But now we had a hard time getting her to take it off. If fact she insisted on wearing it to the park the other day. 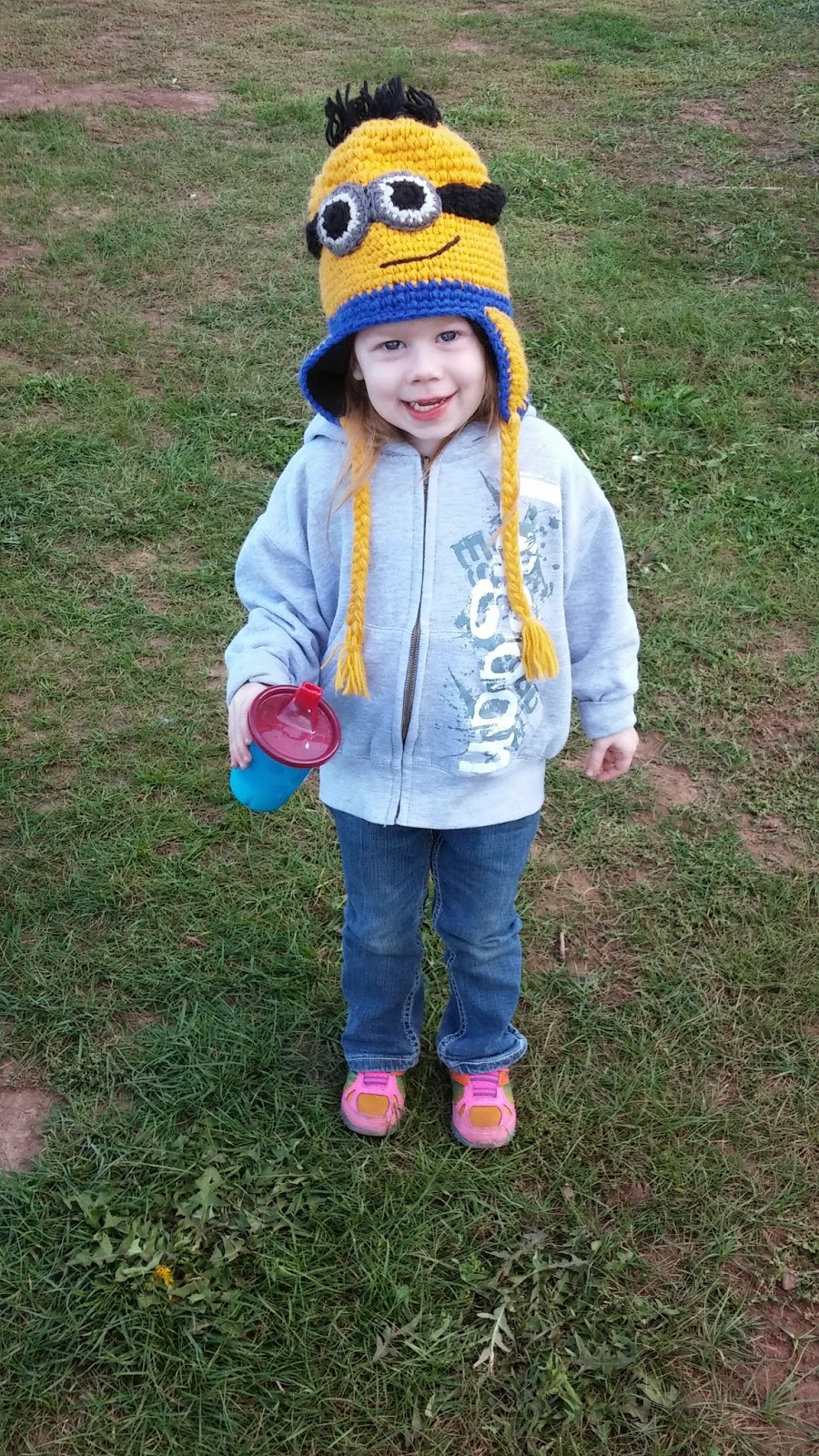 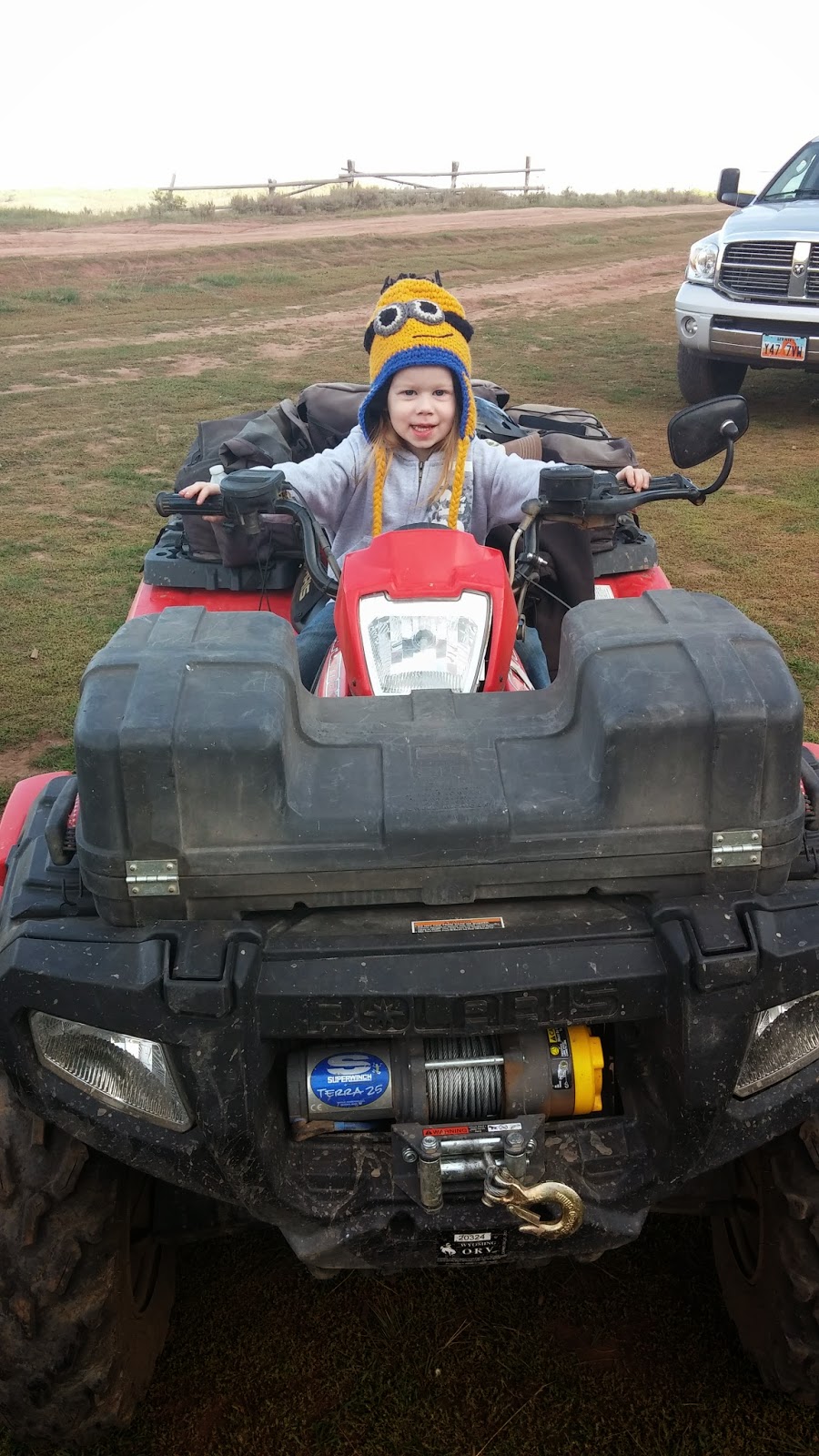 We found some gorgeous camping sites up another canyon and decided we needed to go back and stay there instead. But we need to go when it's warmer and when the kids are a little older.

And just because she really is an adorable baby, here are some updated pictures of Brynlie 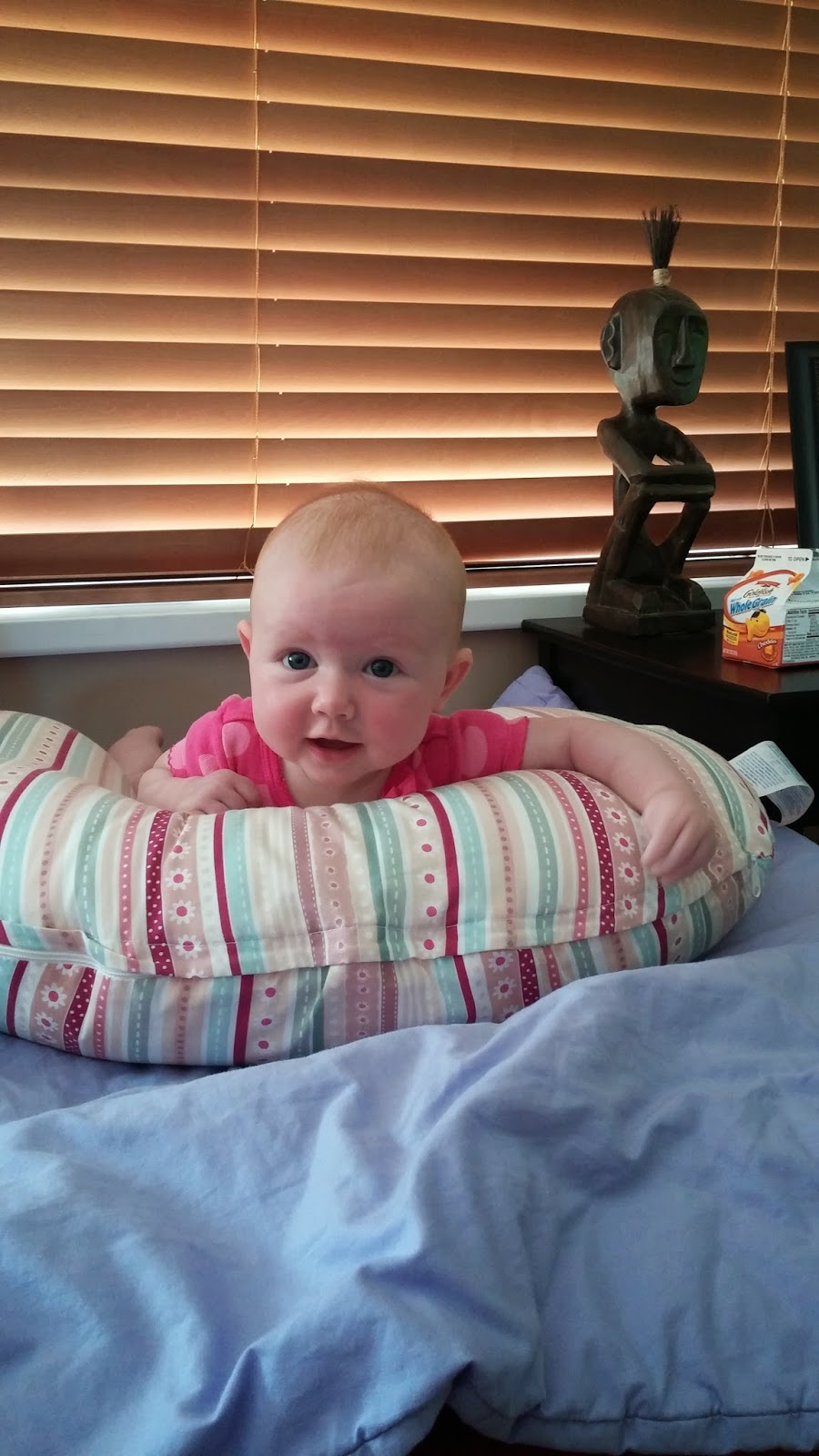 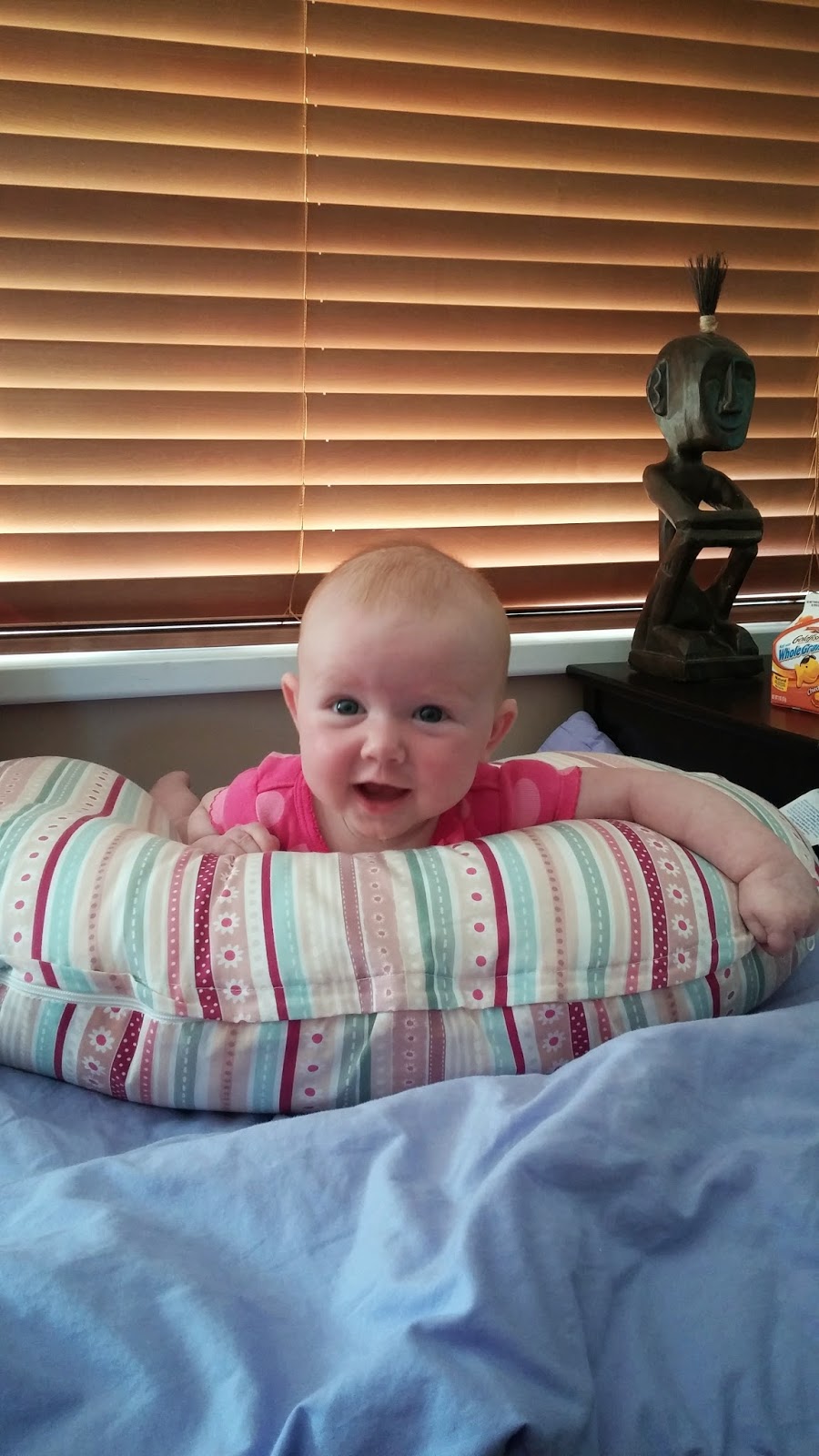 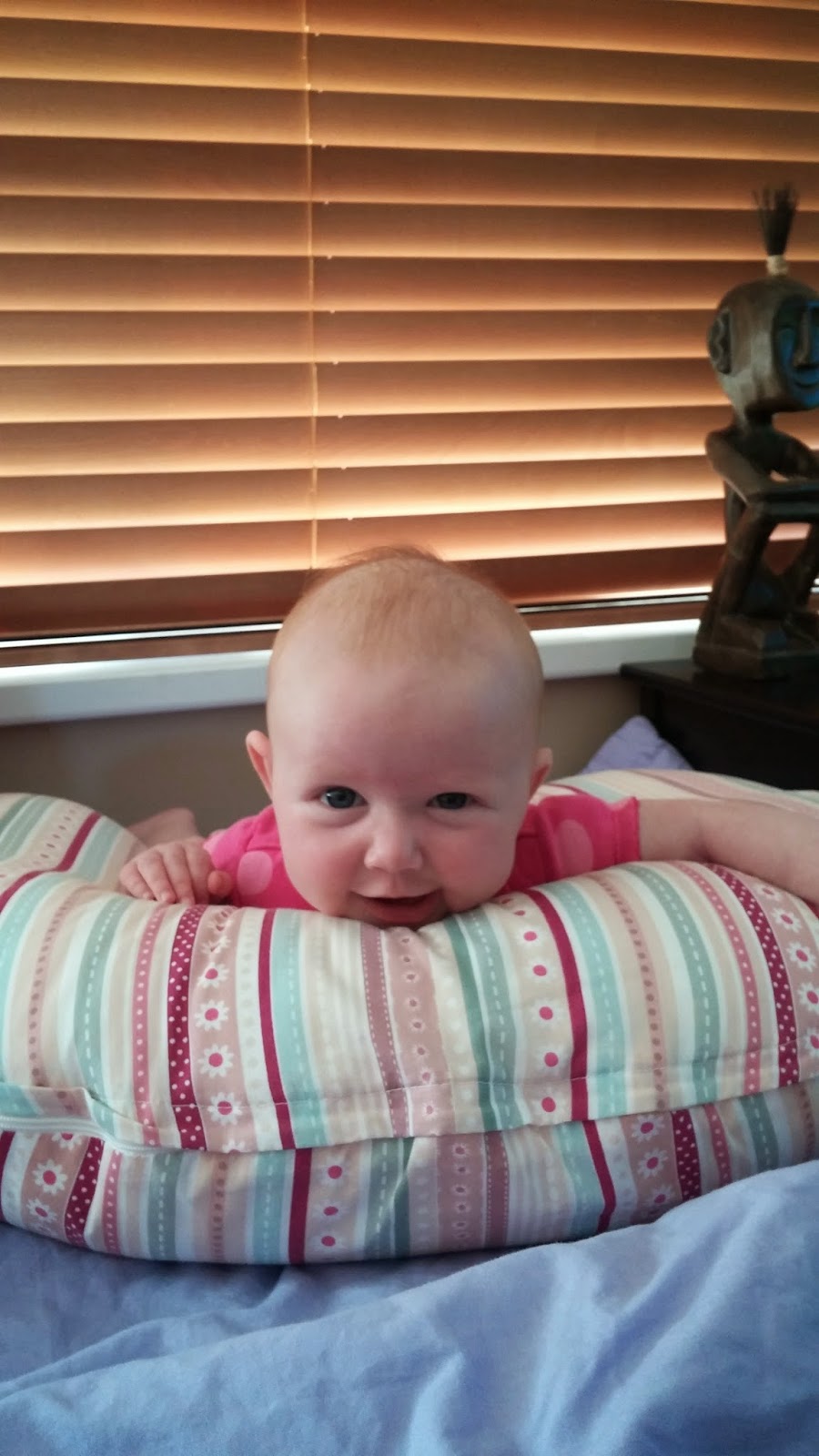 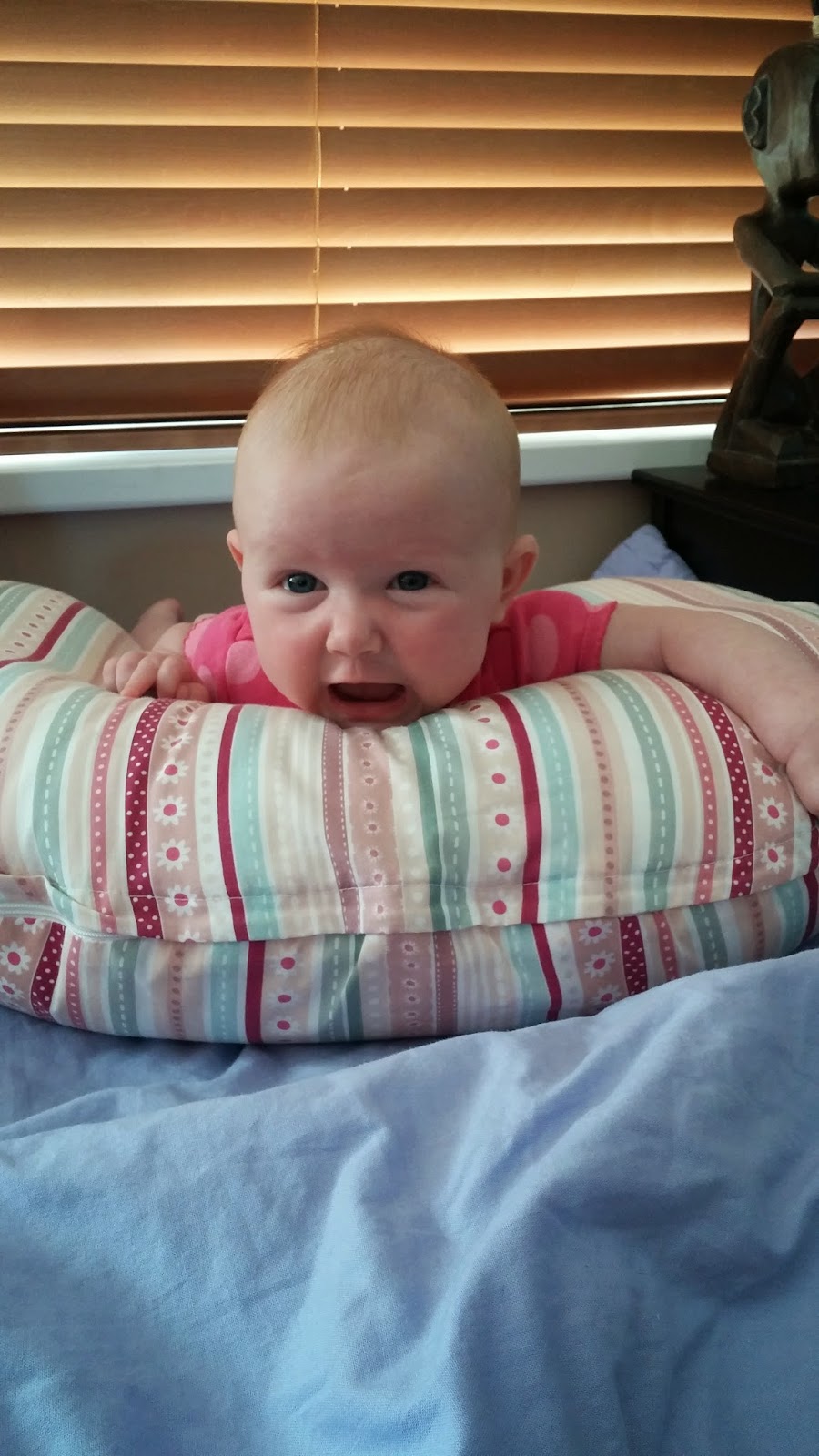