It's What Fun Is

I was a little nervous, for obvious reasons. Little kids and babies make things much harder. I was determined to have a good time no matter what but mentally I had prepared myself that just about anything could happen and I needed to be ready for it.

Last night Kennedy started getting really whiny and clingy. She came down with a mild fever and was up crying probably 7 times throughout the night. She acted ok this morning with some ibuprofen so we decided to take her and see how it went. We could always leave if we needed to.

Let me just say, we had a total blast. Brynlie was amazing the whole day and so was Kennedy. I am so proud of my little girl.  She just turned 3 and not a single ride scared her. We were even on the front row of Bombora (a roller coaster) which can be a big deal for someone so little and she loved it. We hardly got to ride any big adult rides the whole morning but we didn't care. We had so much fun with each other. I was telling Cory's mom that the idea of fun changes when you become a parent. Not that riding the big crazy rides isn't a good time, but it wasn't the same as sharing those moments with Kennedy and watching her experience everything for the first time. That was so much fun to us.

We rode all the rides on the north side of the park and decided to head to Chili's for lunch instead of eating at the park. We all ate a ridiculous amount of food and while we were there a storm blew in. When we returned to the park we made it on 2 little rides before it started downpouring. I haven't seen rain like that in a while. The temperature dropped 30 degrees and we all got cold and wet. Rain and cold weather, of course, was the one thing I did not plan for. We ended up buying Kennedy an oversized hoodie from a gift shop to keep her warm since the entire park sold out of rain ponchos in minutes. We hung out for a couple hours in the picnic terraces hoping the rain would stop but it never did and we finally made the wet, cold, mad-dash to the car to go home.

We were super bummed we got rained out before we got to ride anything on the southern end of the park but we still had so much fun together. I sure married into an awesome family.
Kennedy and grandma got to ride the octopus ride together. Kennedy shielded her eyes from the water, so it looks like she's flipping out, but they had a great time. 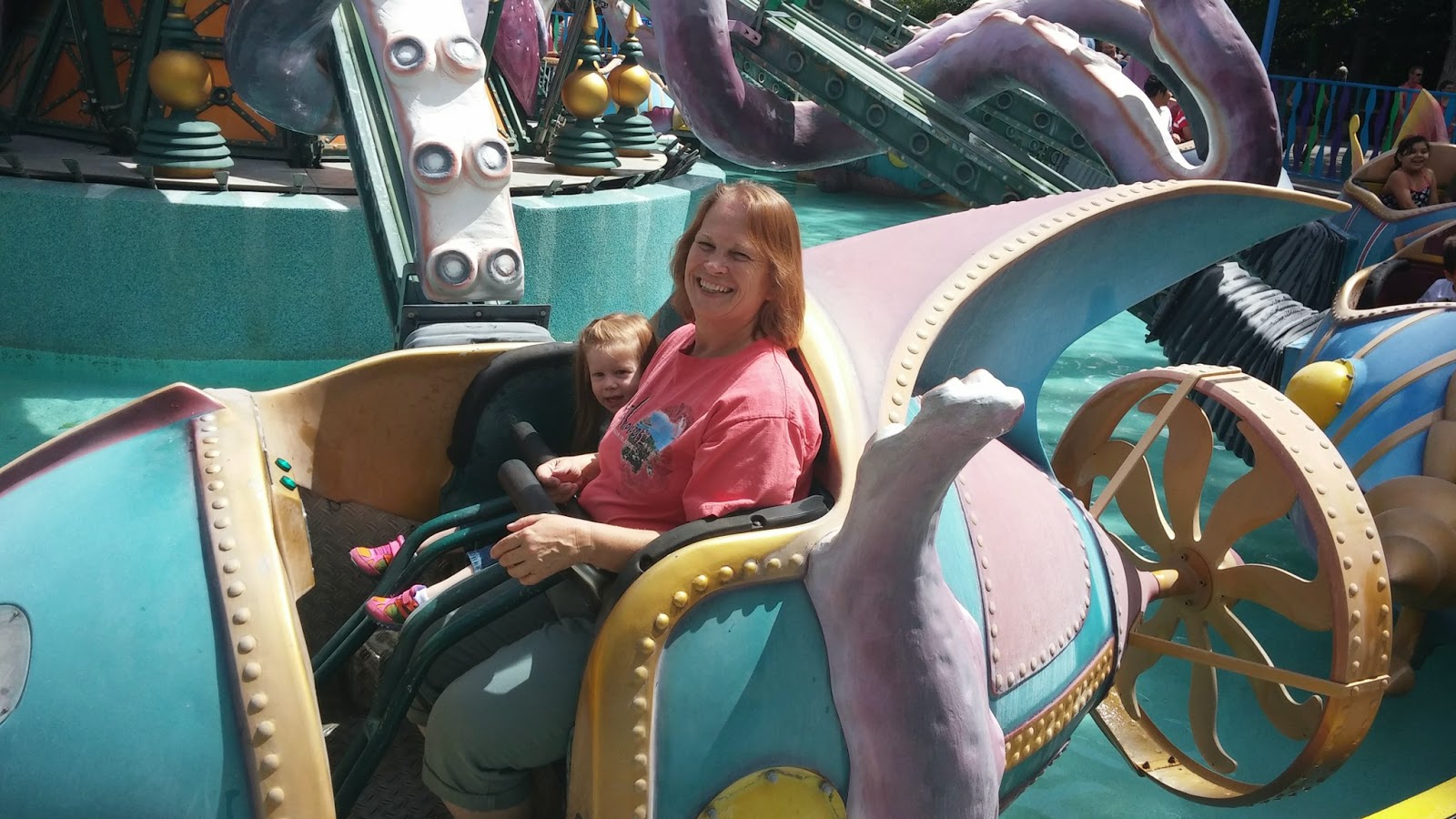 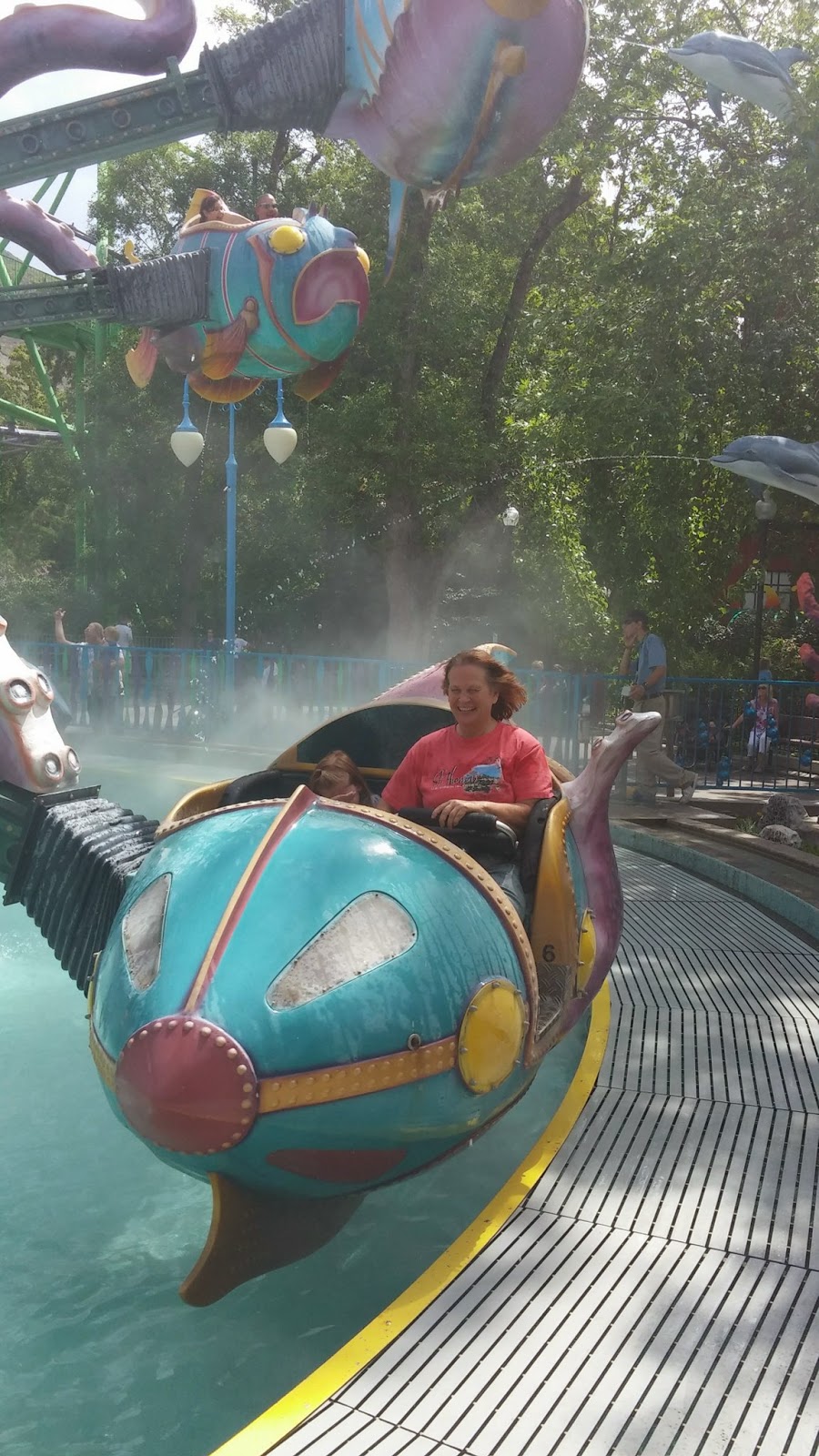 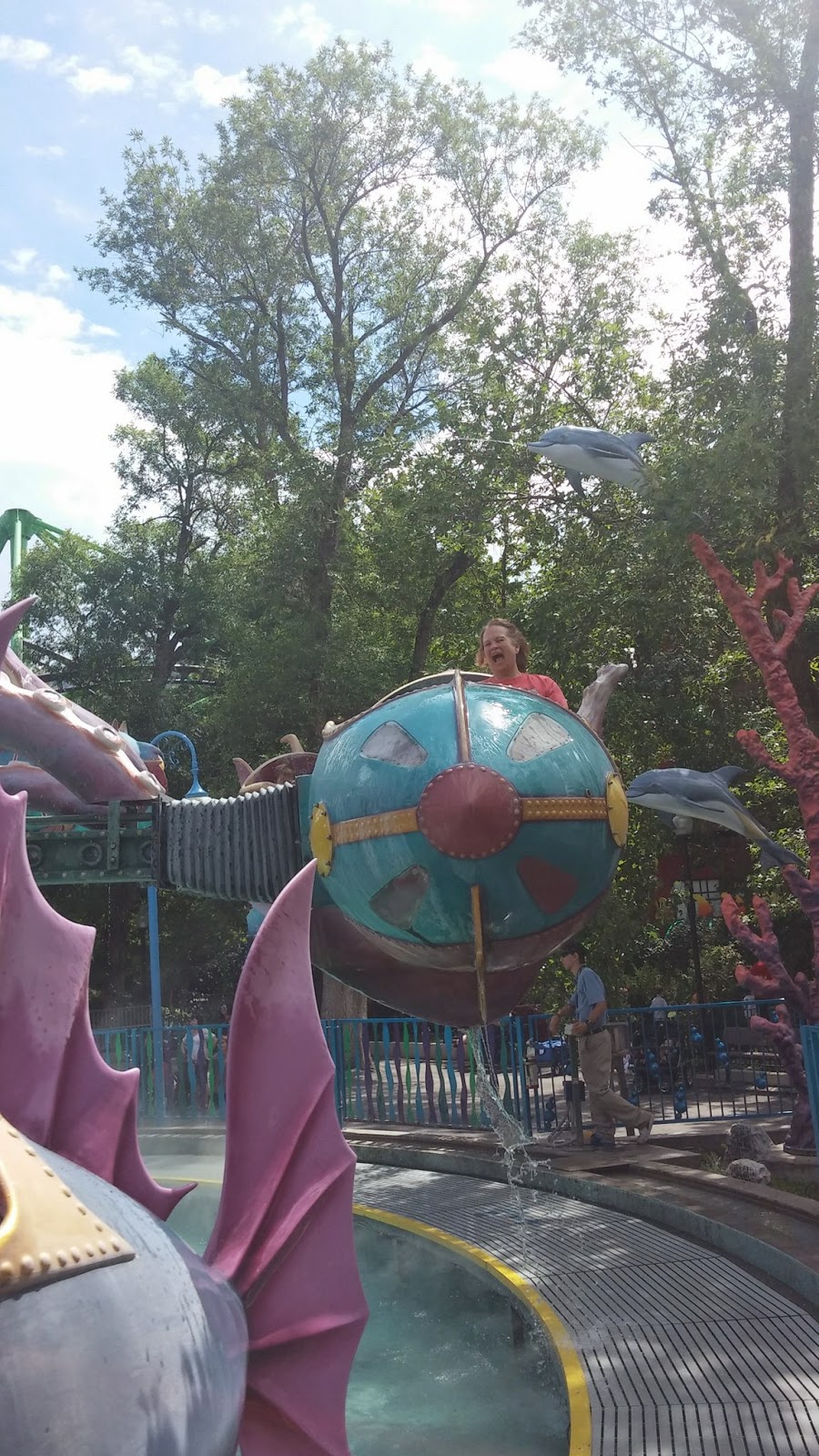 Lagoon has this new kiddie ride called red rock rally. Um, hello?! It's SO our kind of ride!! It was adorable little Jeeps with the names of Moab jeeping trails on the side and bumper stickers you could buy at any Moab gift shop on the back. So as you can imagine, Cory wanted to take her on it and I have way too many photos of it. But I don't care. It's amazing. 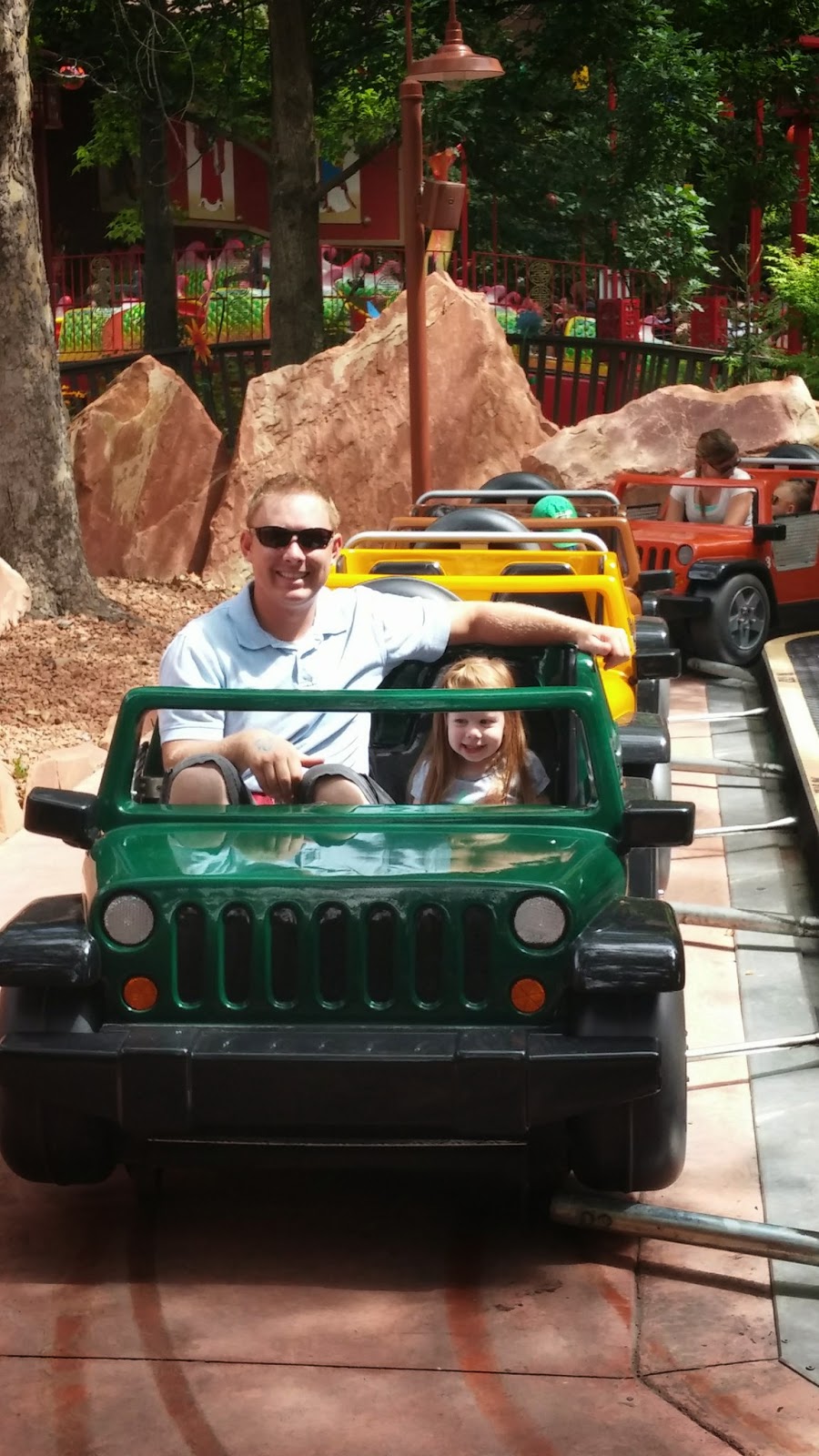 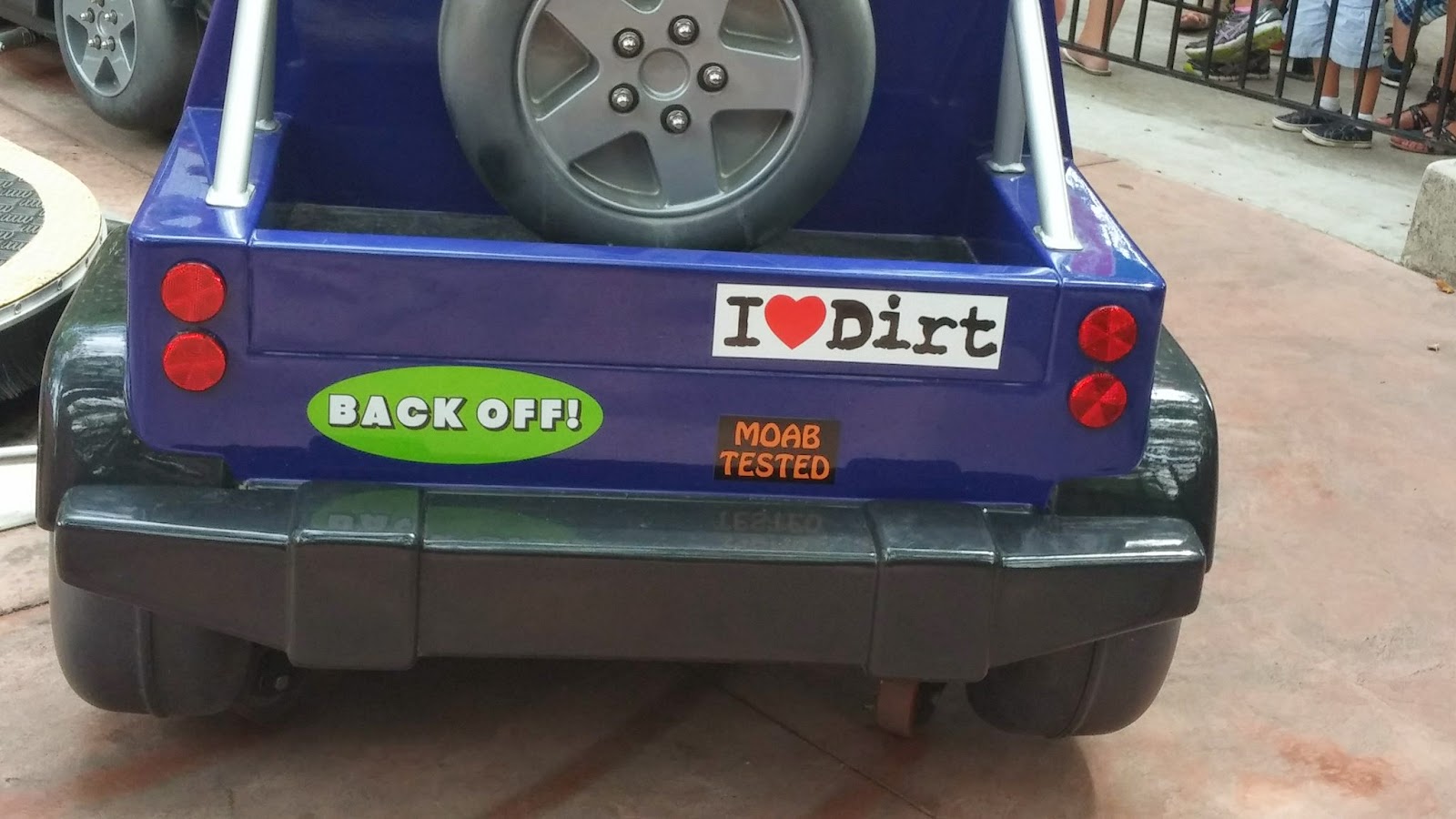 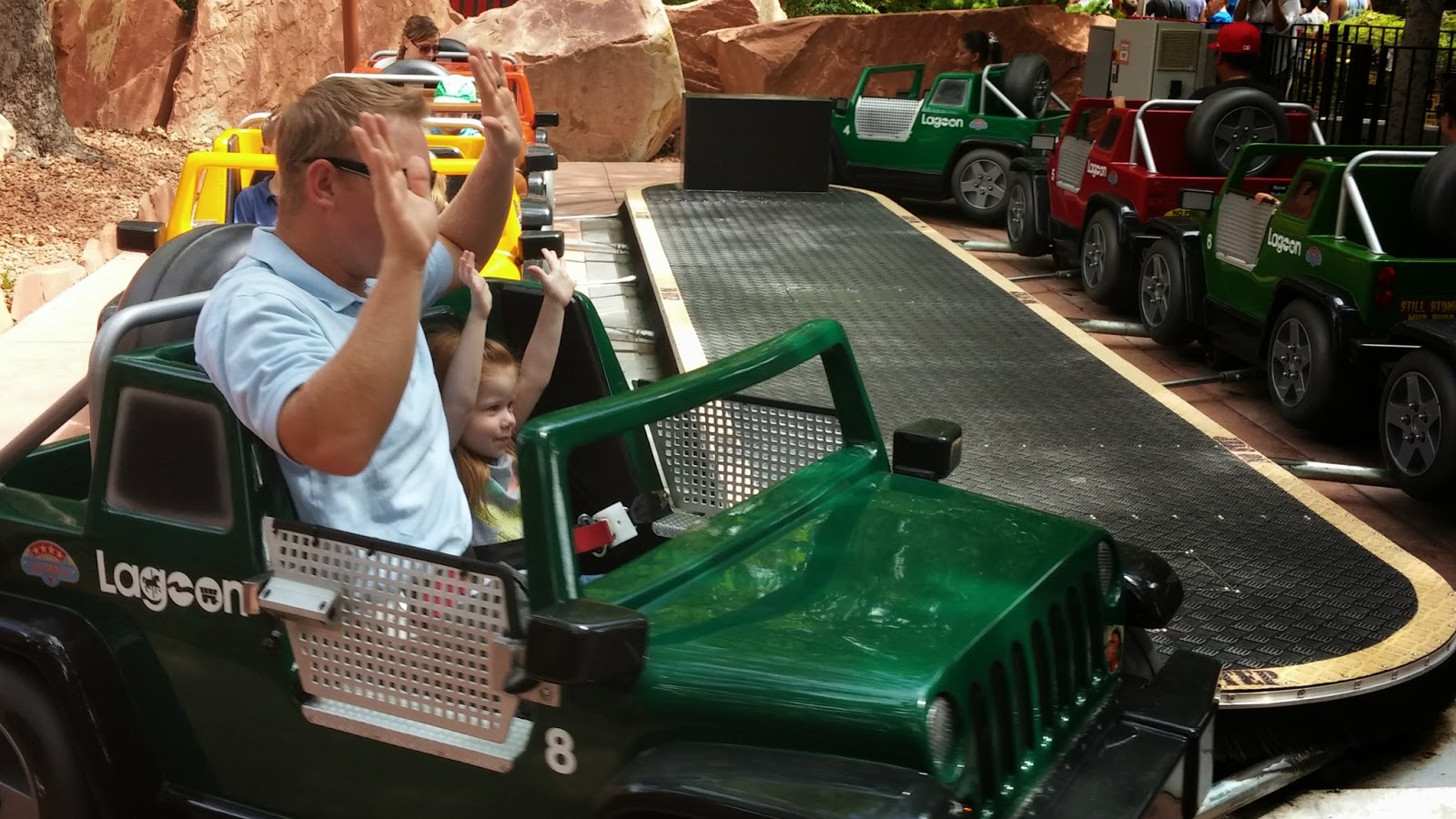 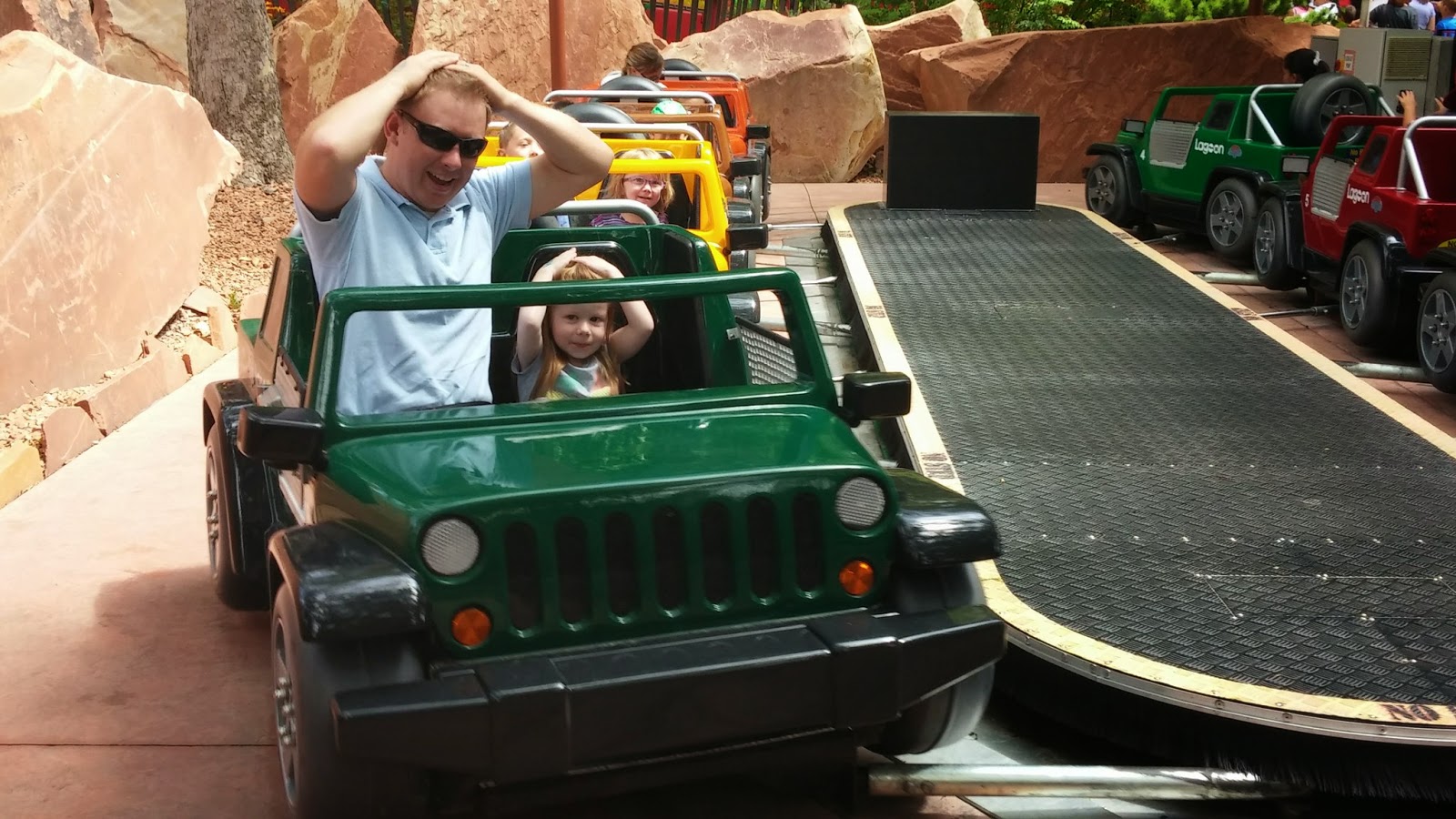 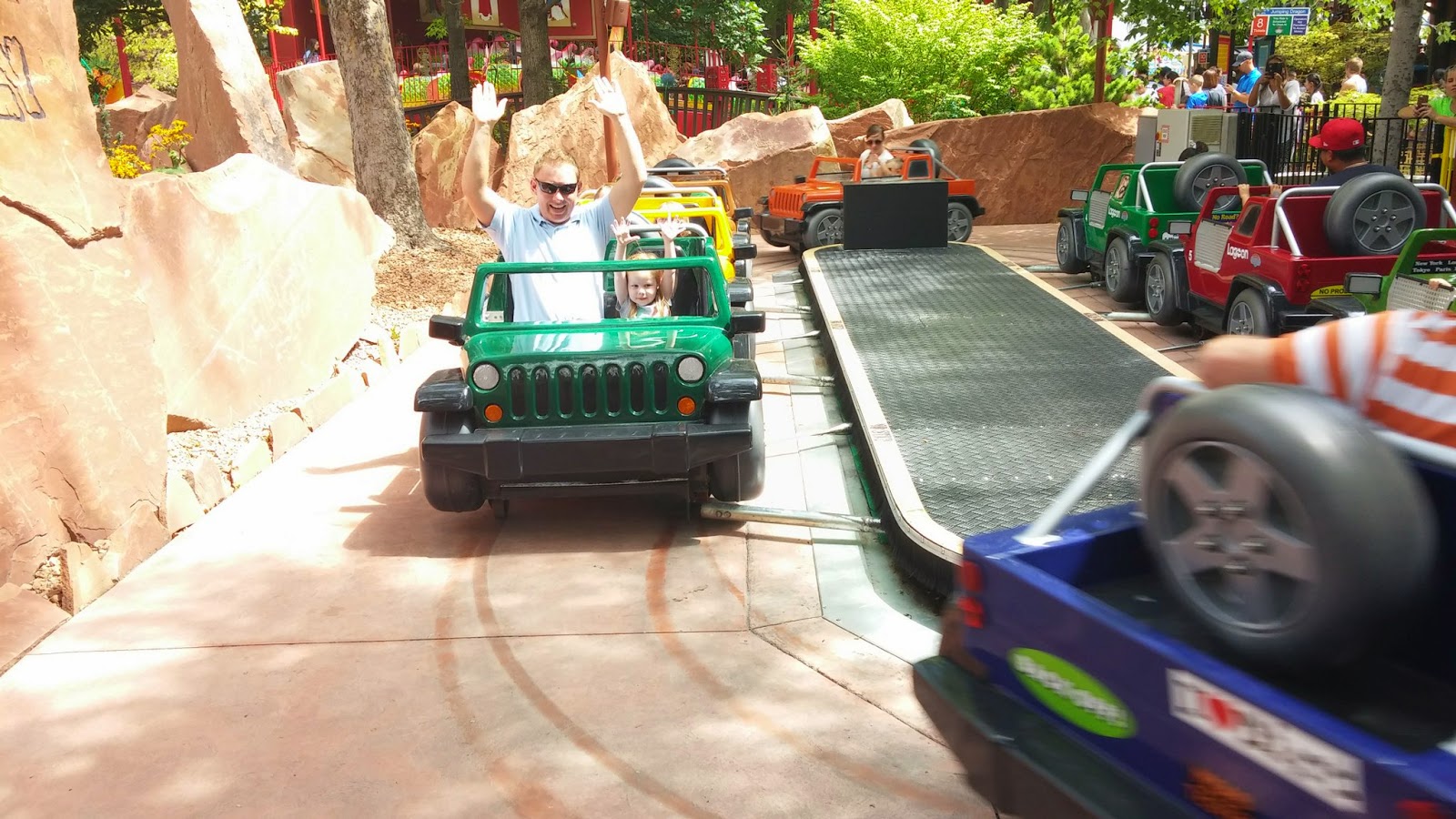 Our freezing beauty in her giant hoodie. The thunder we heard while being held captive in the pavilion was the only thing that scared her. 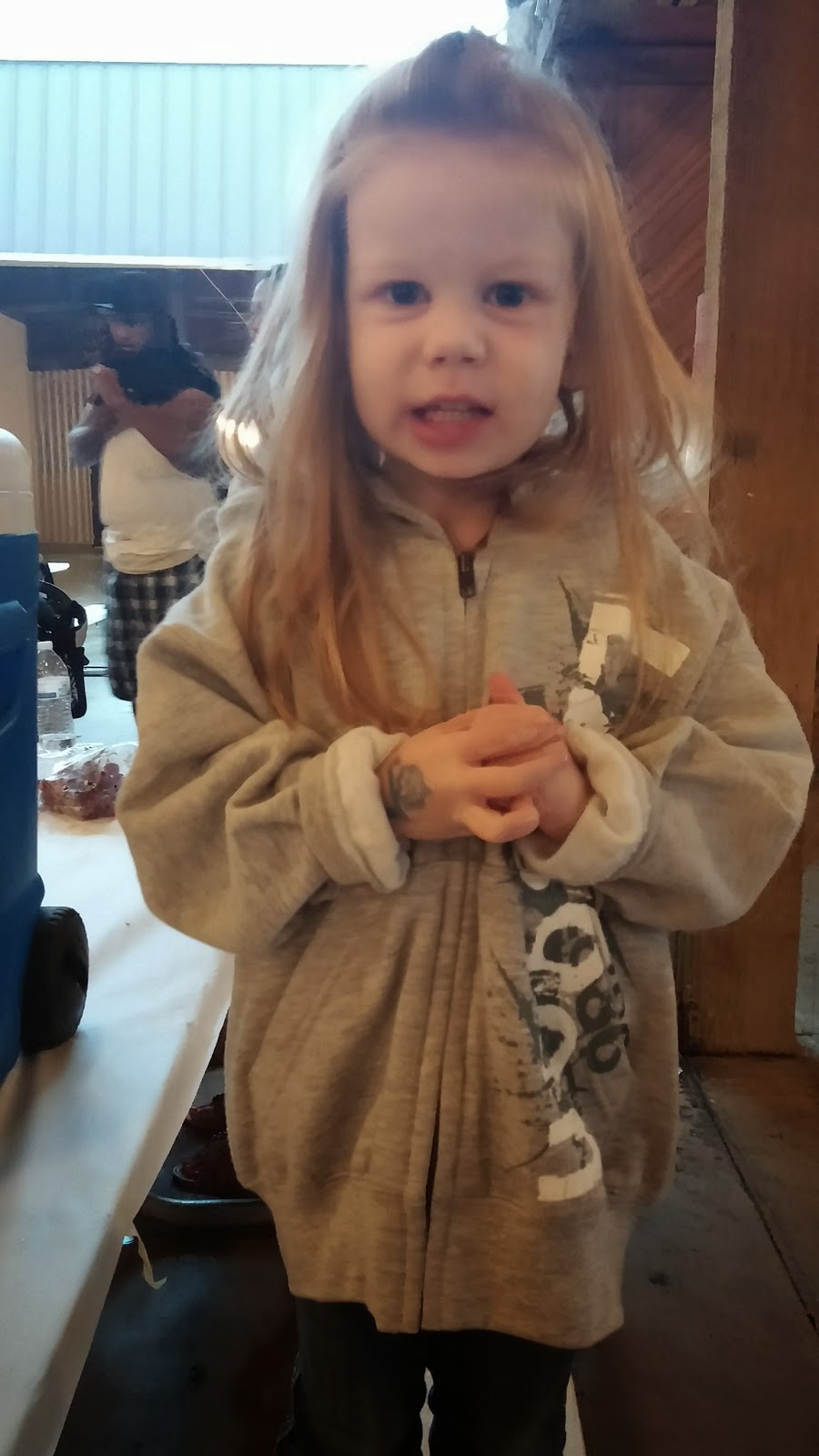 Cute Brynlie, who deserves a medal for sitting in that car seat all day. 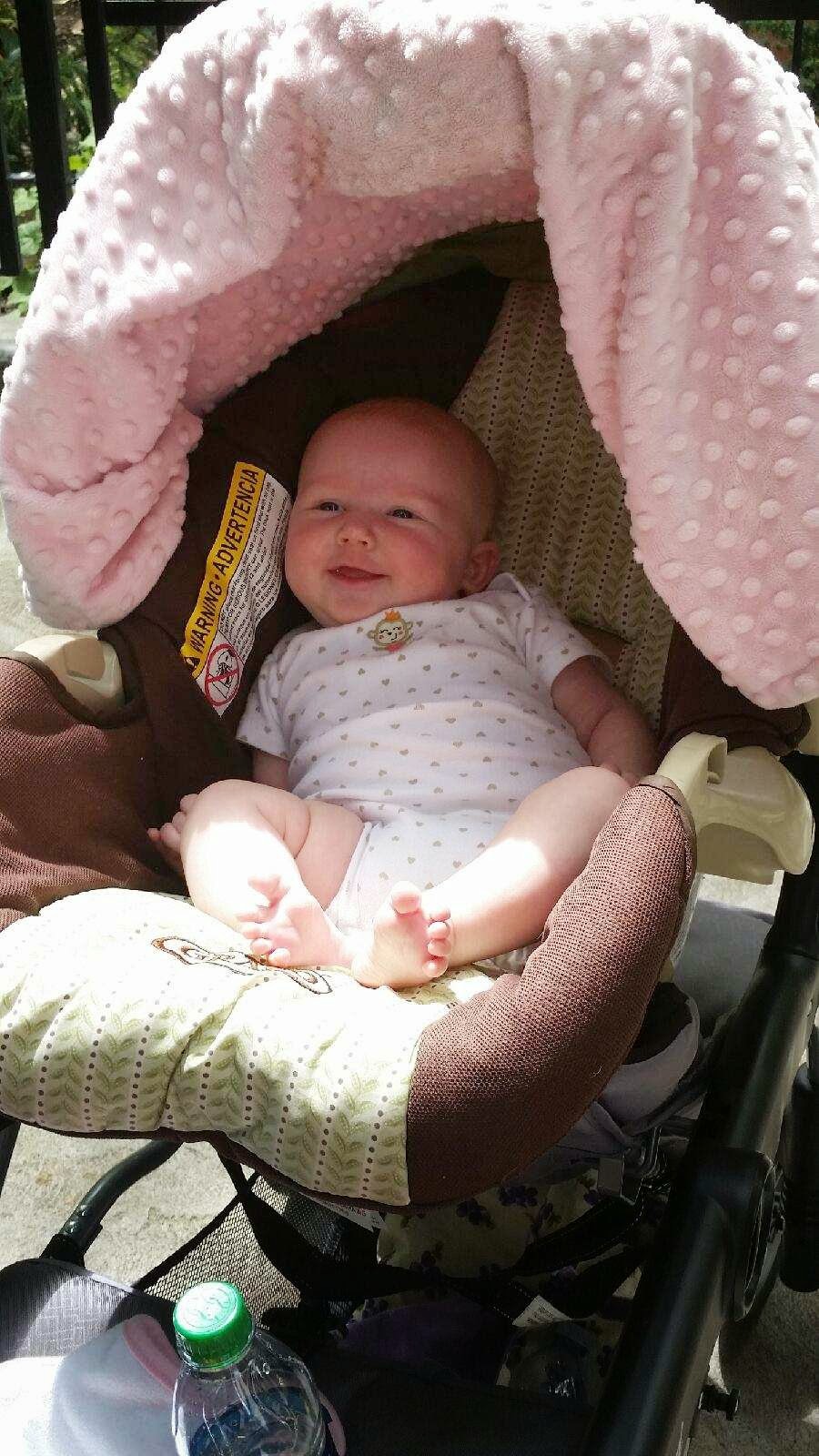 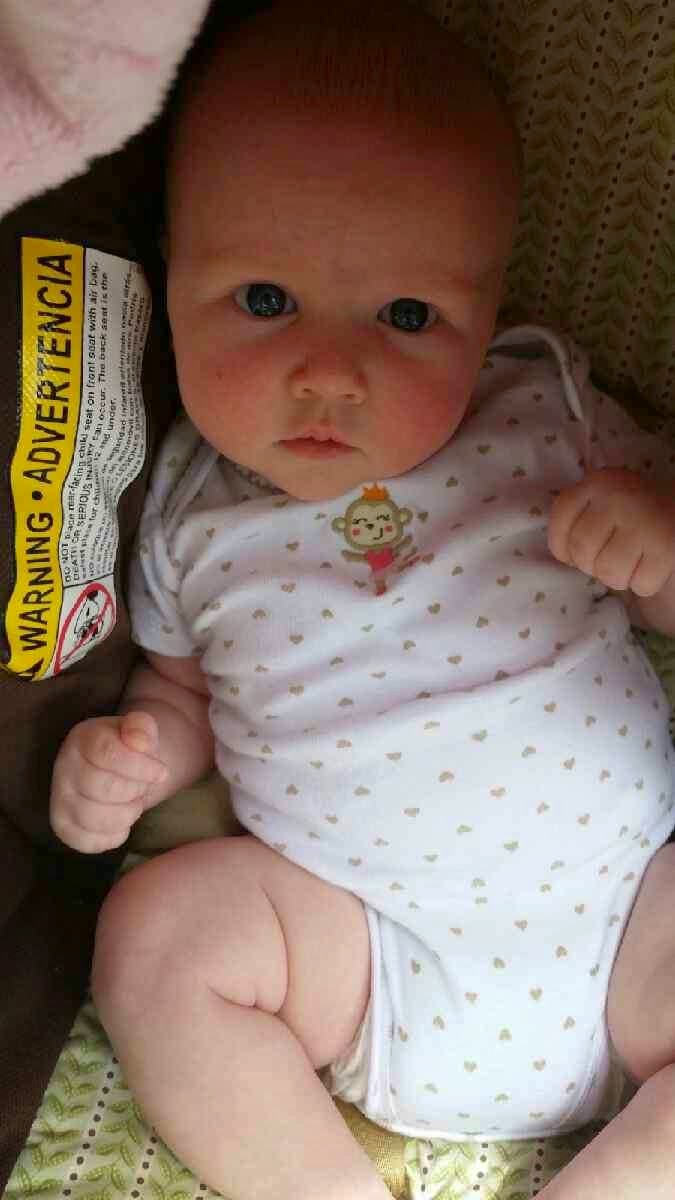 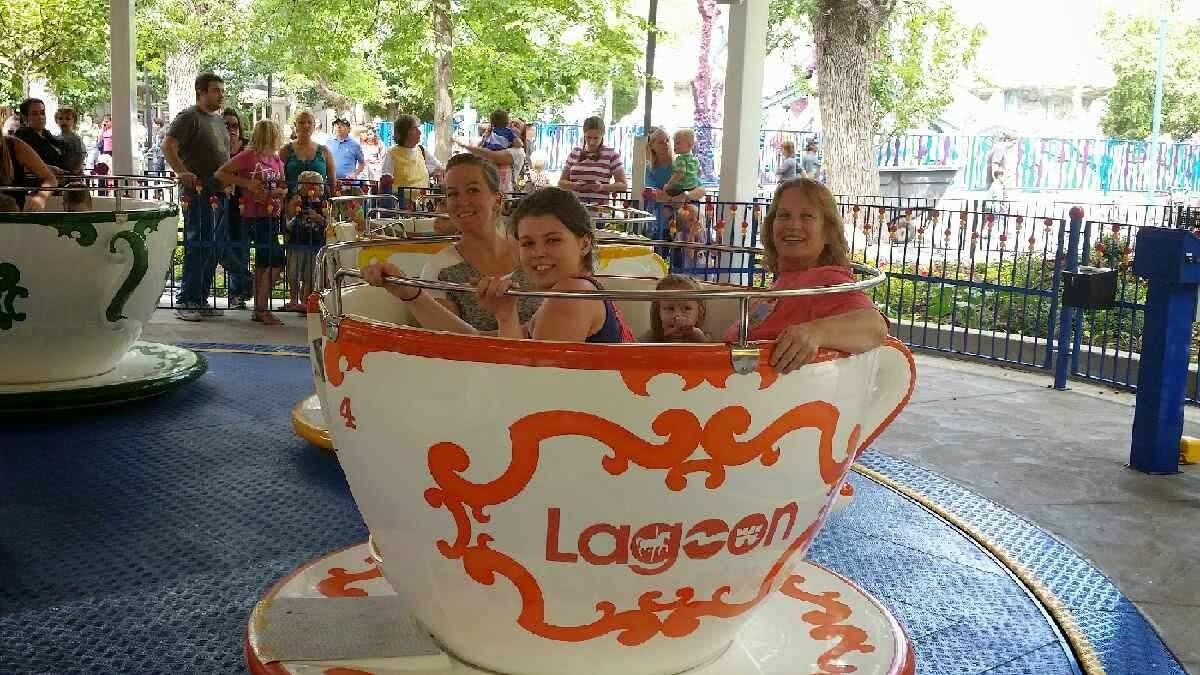 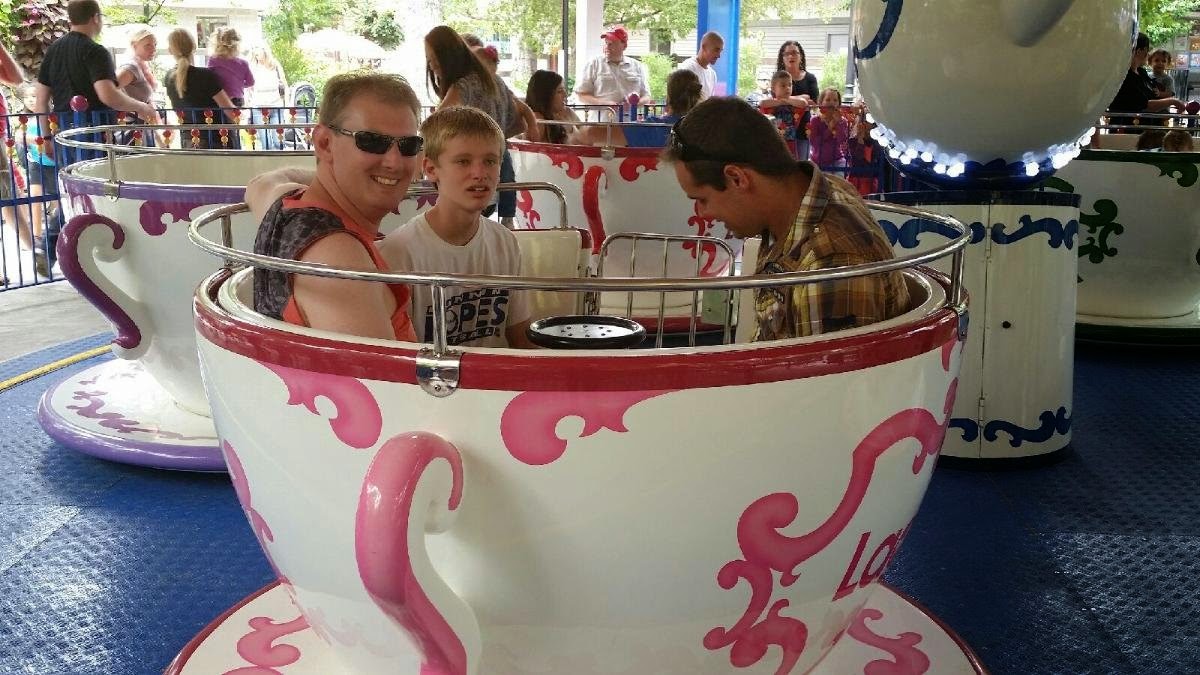 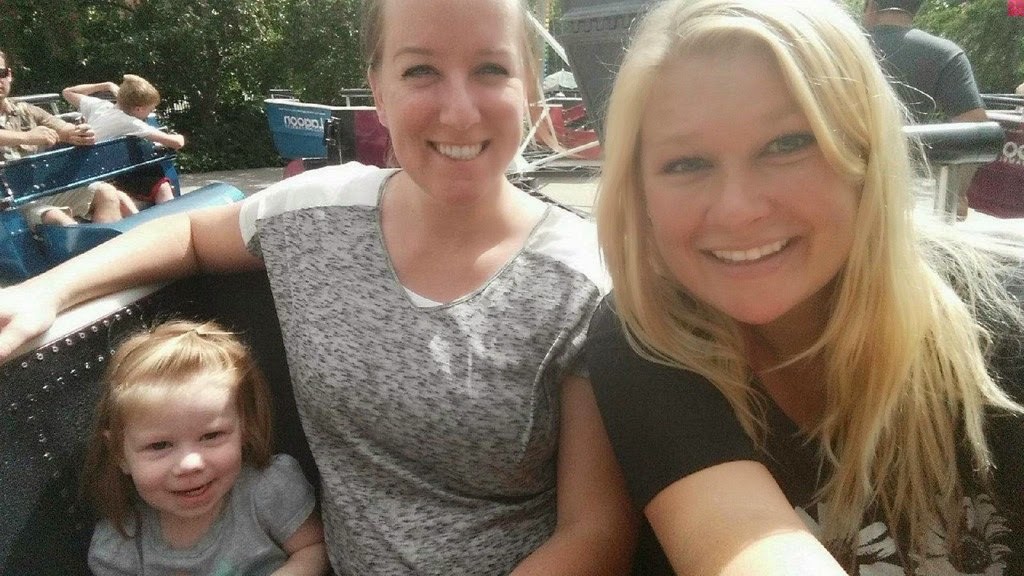 The carousel was the last ride the family got to ride before we had to find shelter. I was hiding out with Brynlie under the overhang of a game booth at this point because it was already coming down pretty hard while they rode it. 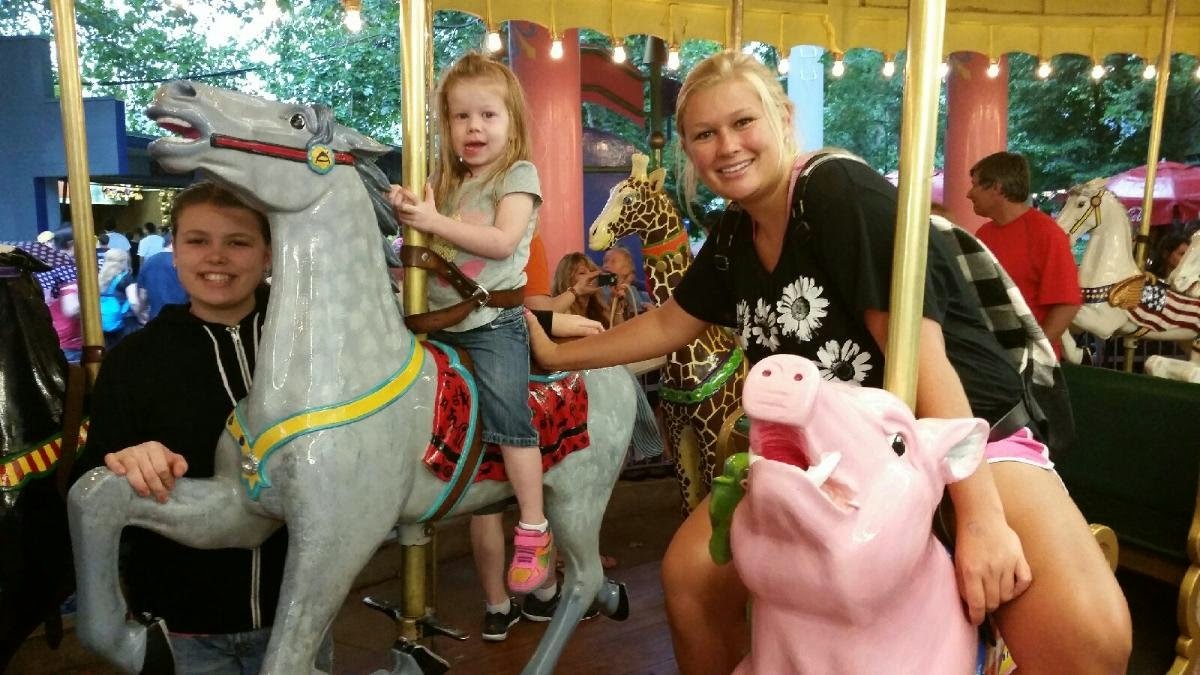 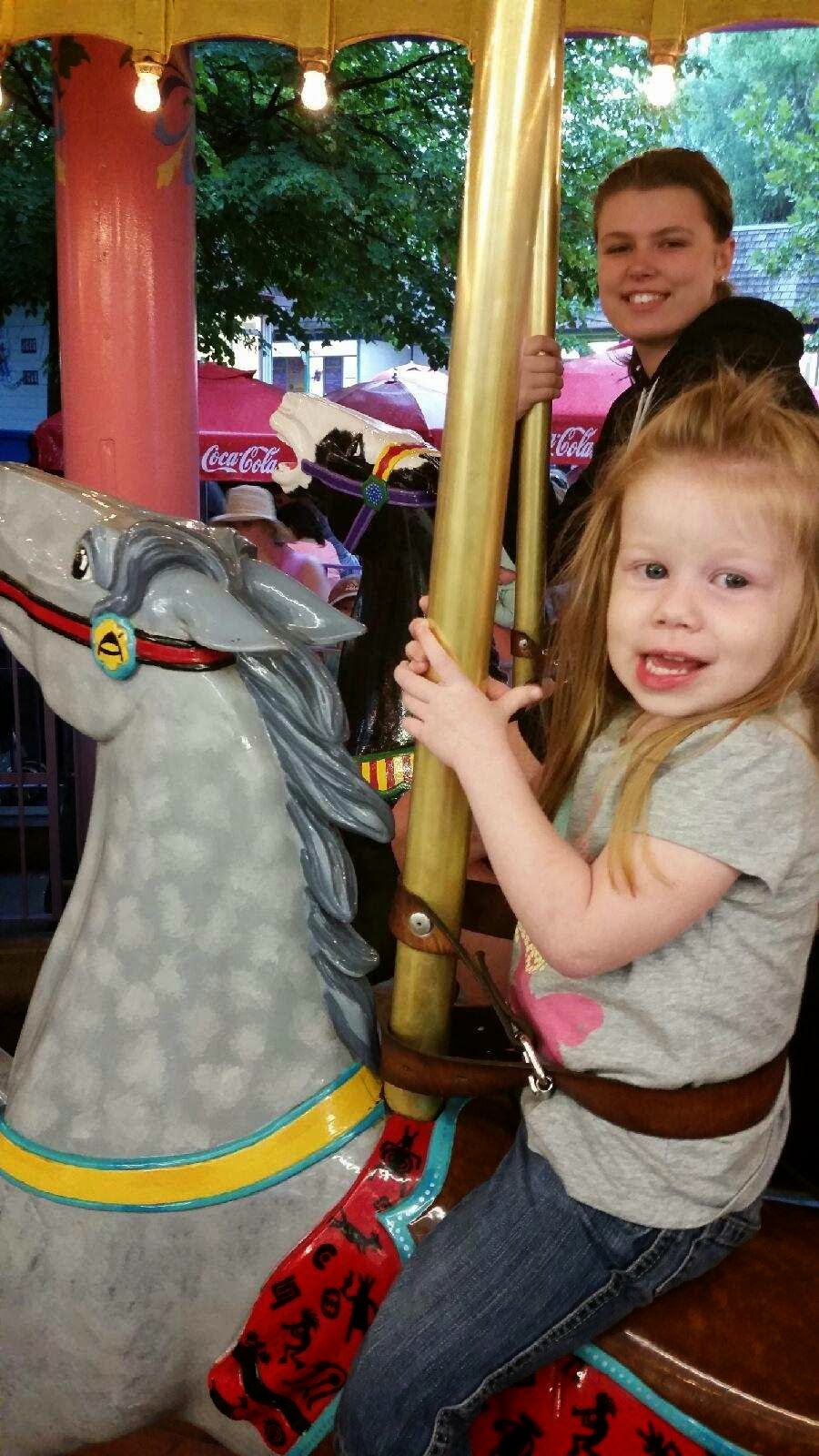 Family selfie. These are such great people, you guys. Seriously. 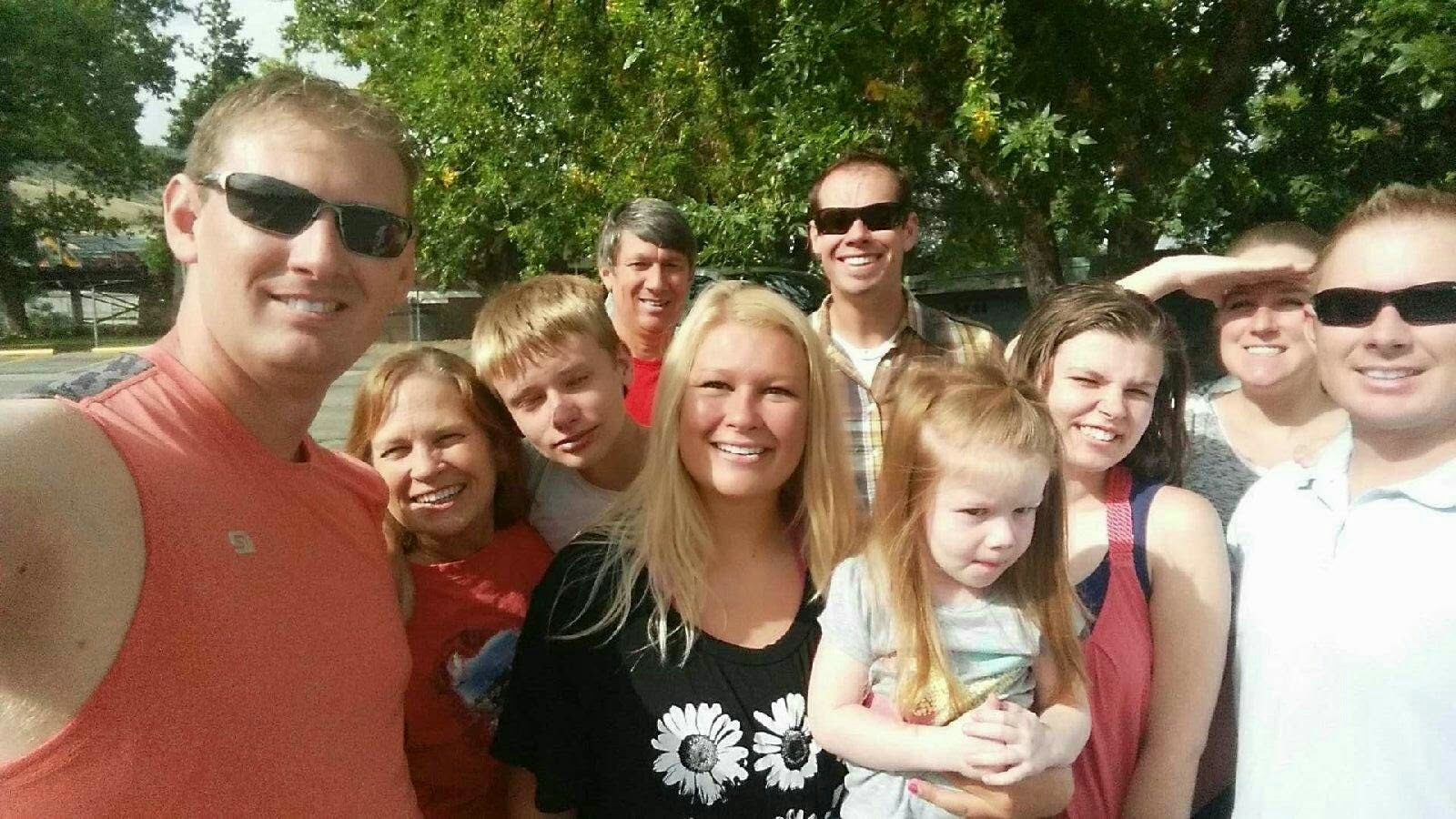 We can't wait to go back with two little beauties giggling and having a great time.