Things have been a little crazy around these parts. We had an exciting and fun filled weekend and Monday.

My parents decided to go camping for the weekend up at Crystal Hot Springs. None of us had ever been there before, but they decided to go check it out anyway.

Kennedy and I headed up for the day on Saturday to swim and hang out. Cory had to work. Bummer. The weather was an amazing 80 degrees all day so it was perfect swimming weather. The facility isn't the nicest place ever, but it was still a lot of fun and there was a lot of freedom with a little one which I loved. I also liked how cheap it was. We will definitely be going back.

Kennedy was just beside herself with excitement to go swim and play with her cousins. She is obsessed with Bradlee, and Bradlee is such a great cousin to her and takes phenomenal care of her. I love it so much.  She woke up pretty bored until she saw me pull out her swim suit and floaties and then she shot out of bed screaming with excitement. When I mentioned we were going camping with Bradlee and Brock I swore her face was going to shatter with how stretched in pure elation it was. I could not stop laughing. 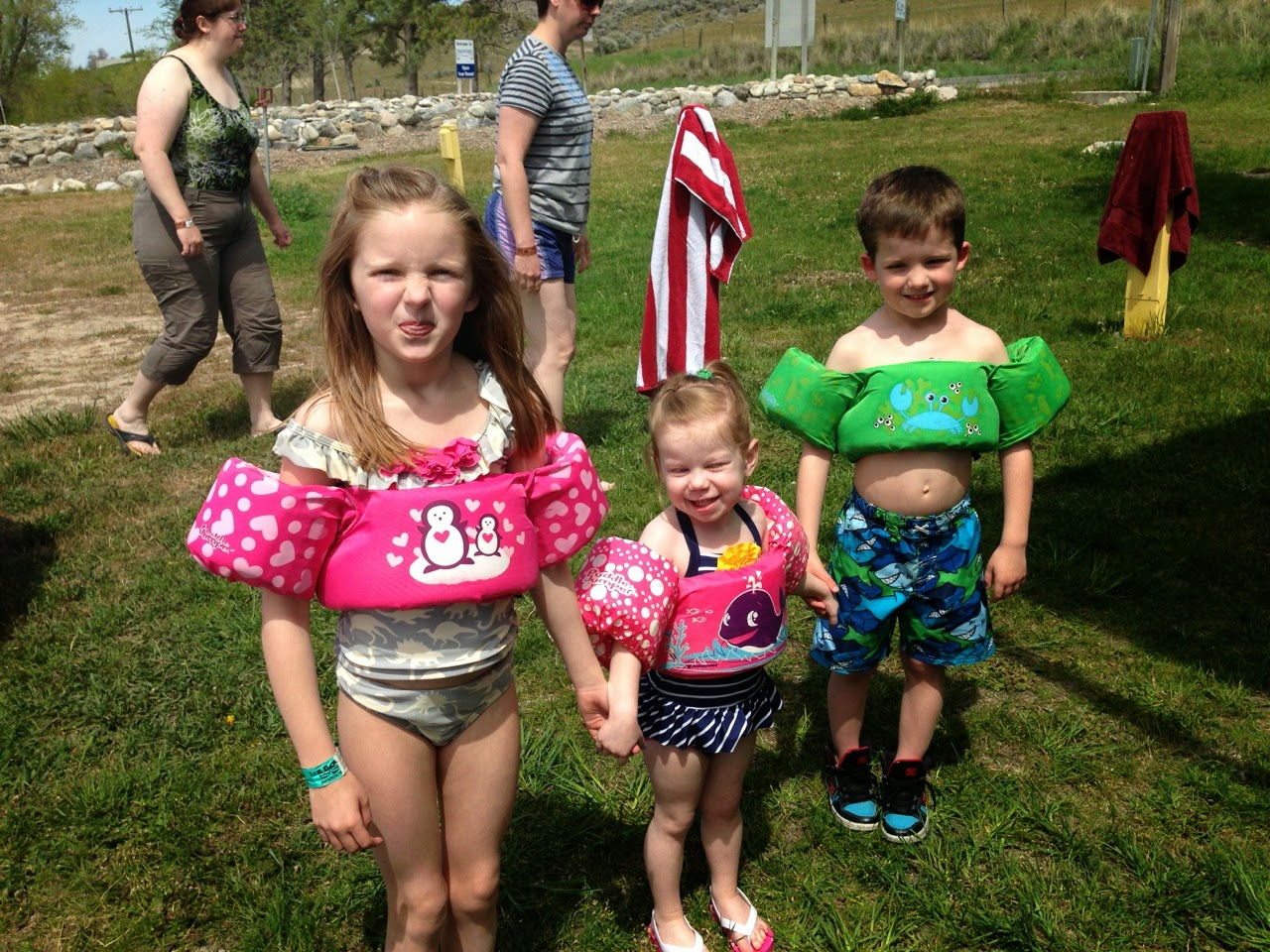 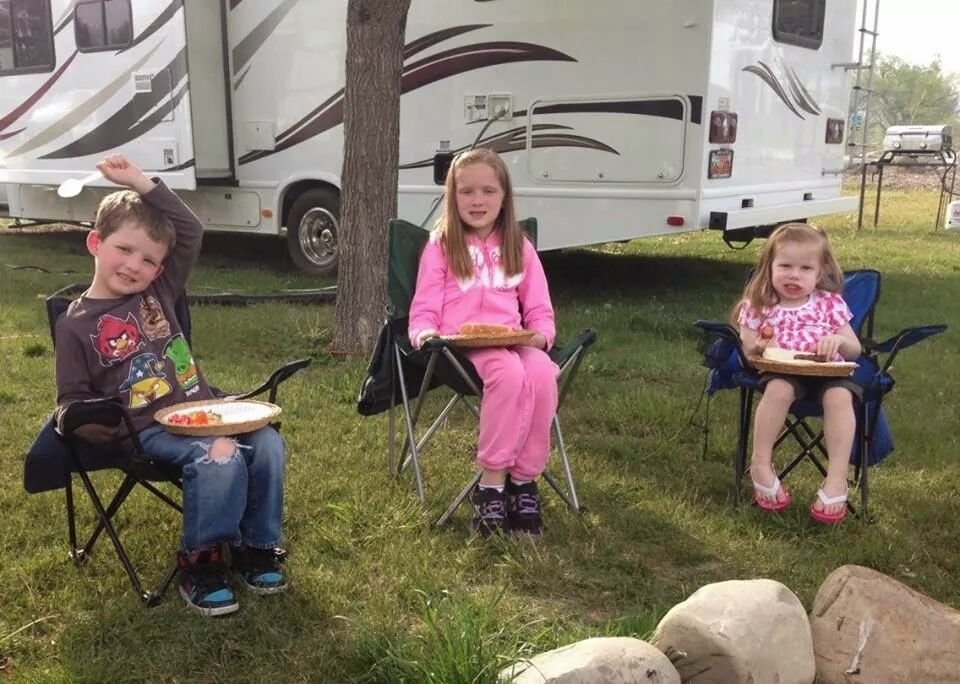 Anyway, we had a great time swimming and I loved being weightless while in the water. Pregnant swimming is heaven, if you don't mind being in a swim suit. I did get sick towards the afternoon though. I think I had too much heat and too little water to drink. I ended up leaving earlier than planned and Kennedy stayed behind to camp out overnight with my parents and her cousins. You would think a night away would be awesome but my pregnant self spent most of the night bawling because I missed her so much. What the crap?? So I went to bed at 9:30 while Cory watched the playoffs. Riveting.

Sunday night my sister in law went into labor early. She ended up having the baby really early Monday morning. We were both expecting girls. But a girl is not what she gave birth to. A beautiful little boy emerged and surprised the crap out of us all. They named him Britton. He's adorable and I can't wait to go back and see him. And let Kennedy see him since they wouldn't let her in. She was so sad. I asked Cory if holding him got him excited and he said, "yes, I could have sat there all day." Awe..... 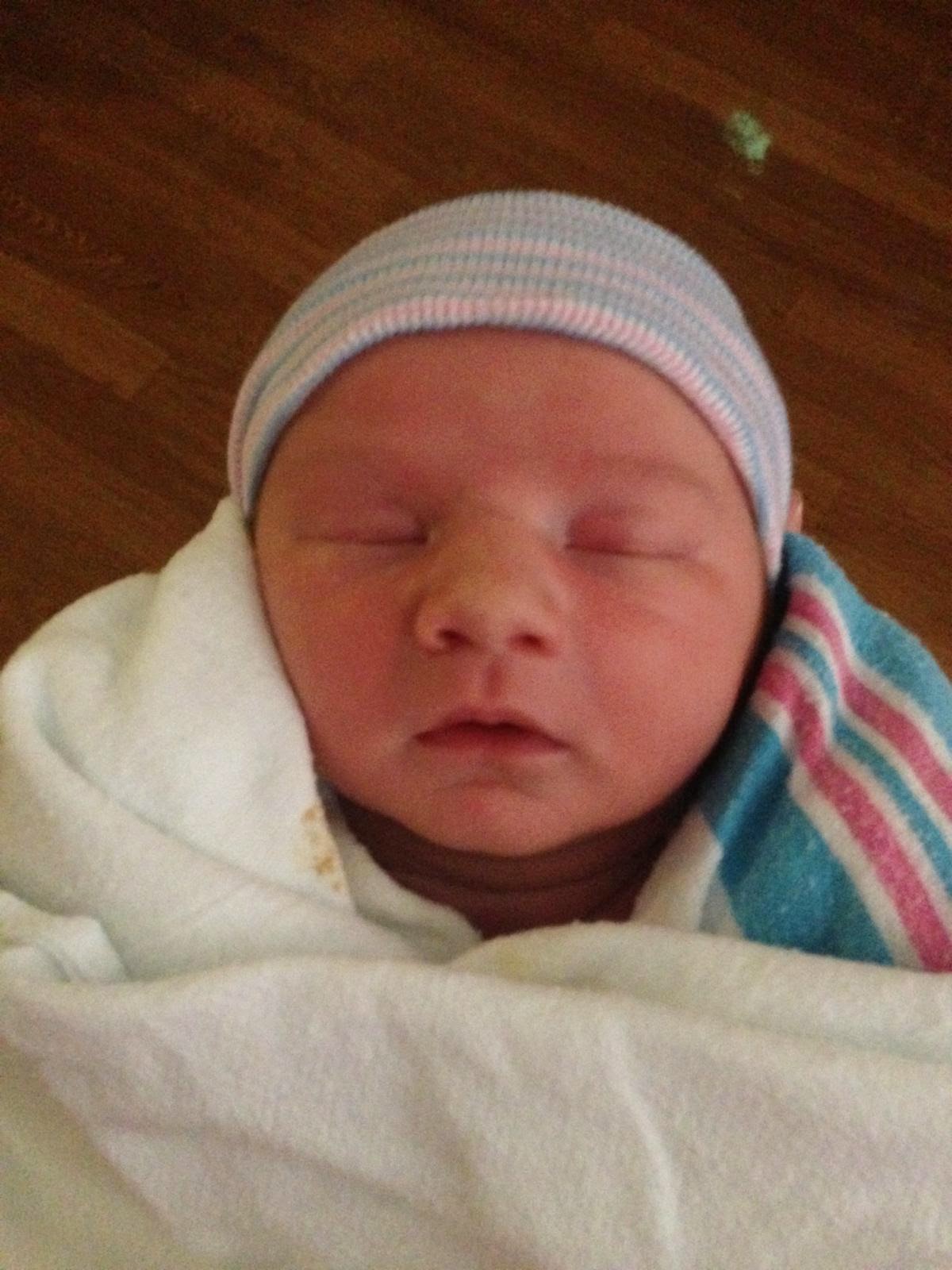 I also had my 36 week check up yesterday. To my delight I am dilated to a 2 which is great, but blood pressure was normal and I could be dilated at a 2 until I die. So, induction is still scheduled for the 22nd. It seems so far away but it really isn't. I just have to endure 2 more suck-filled weeks and then this nightmare is over. Yay!!!