So I Can Remember She Was Cute

I started the day yesterday so positive and with such enthusiasm to make life better.

That lasted until about 1 pm and then the day literally went to crap. Major crap. I'll spare you the details but I cried a lot, lost my temper a lot, got so frustrated I was shaking, and ended the day having a Smuckers uncrustables pbj for dinner while trying to forget my troubles while watching The Bachelor. It was one of those days where you wonder why you even keep living life and go to bed early just to make it end sooner.

But today has been better. Yay! It hasn't been without its parenting challenges but there's pizza on its way for dinner and The Bachelor is on again tonight. I've never watched this show before but was finally convinced by friends to start. It's ridiculous, no doubt about that, but still entertaining. And no, I don't like Juan Pablo.

My child has been chewed up and spit back out by the most evil of demons imaginable. All I have to do is start talking to her and she starts arguing with me. Our conversations go like this:
"Kennedy let's change ..."
"No way!"
"Are you ready to...?"
"No way!"
"Do you want an Oreo?"
"No way!"

Cool, I'll eat them myself.

It has been SO hard and I've wondered several times why we even had her the last two days. But that being said, there have been some good moments and I need to blog about them so when I'm ready to kill her I can look back and remember that she was cute at some point.

Exhibit A:
She's been loving gymnastics even though she's a terrible listener so we took her to the U of U gymnastics meet Saturday. Even being in the second to last row, she was still riveted the whole time. I'm telling ya, I don't think she even blinked. She cheered after each gymnast took their turn, danced her heart out to the floor exercise music, and even made the U sign with her hands. I was a proud momma. We were even "lucky" enough to ride trax back to the car. She was in heaven. Gymnastics and trains; talk about an early Christmas. I'm sure we'll go again but actually purchase tickets so we can sit closer. 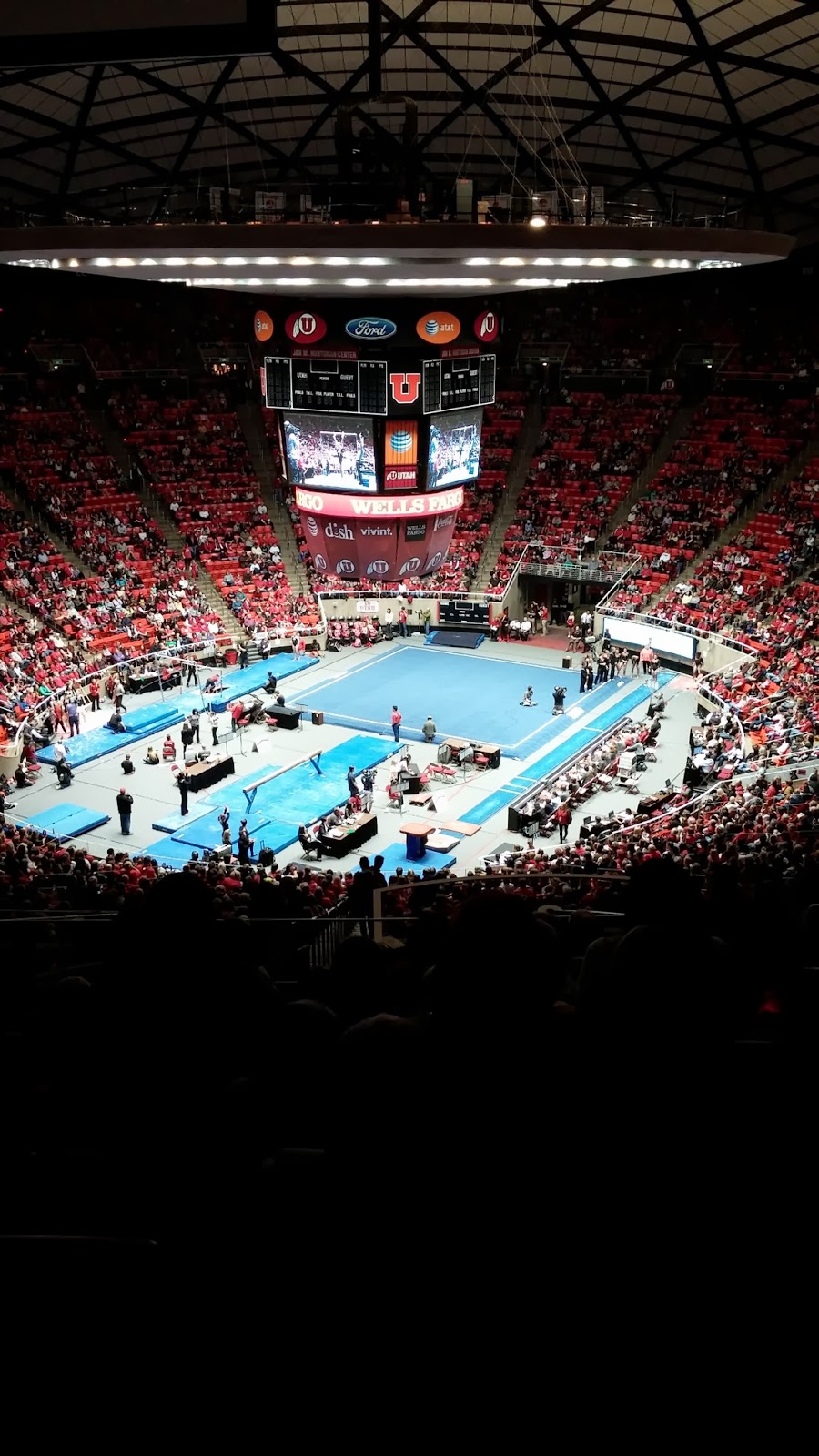 Look how tiny they were 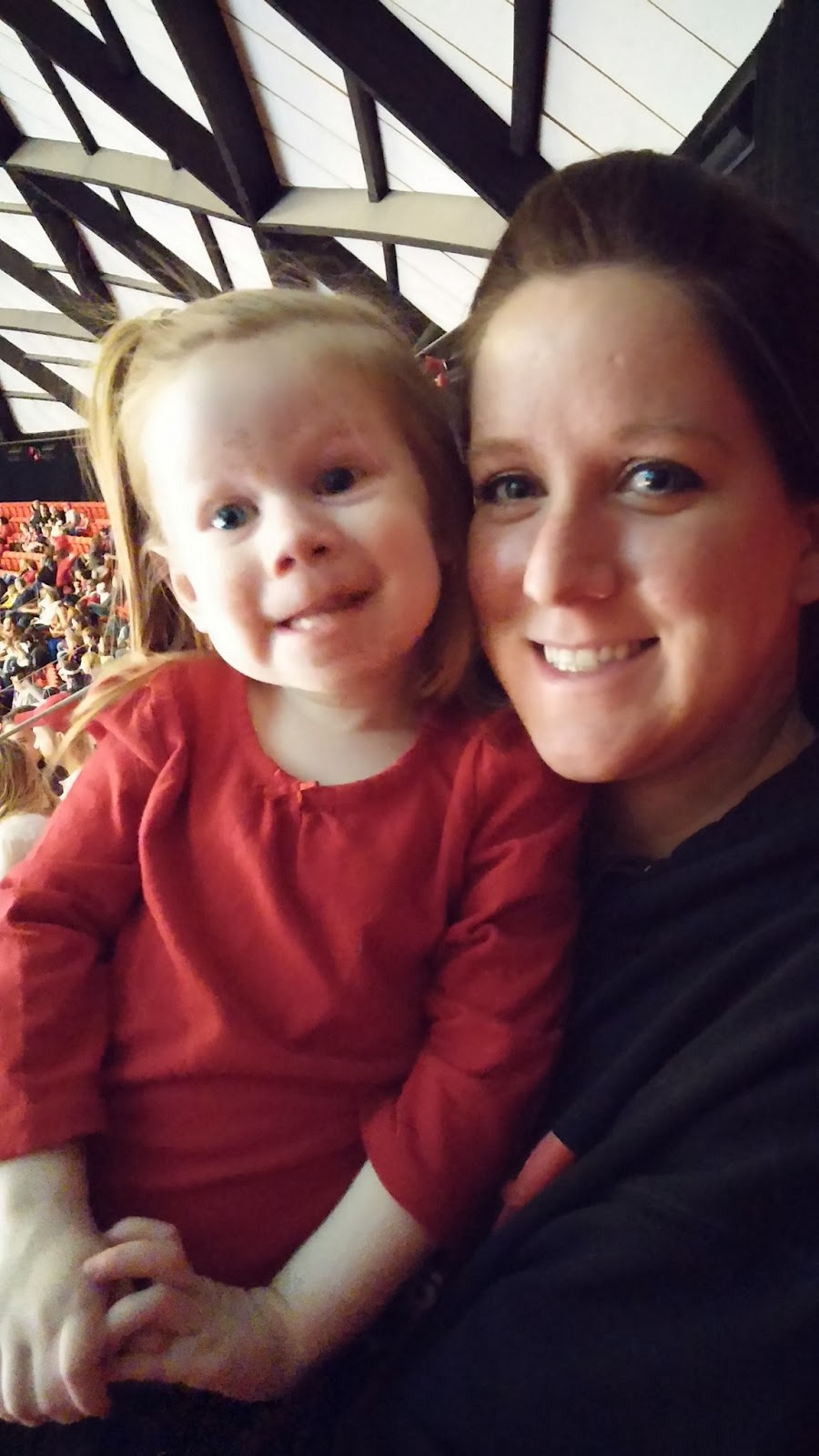 This picture cracks me up. She wouldn't take her eyes off the floor and then flashed this. Her expression screams, "take the freaking picture so I can keep watching!"

Exhibit B:
We purchased an annual zoo pass this year and have been a couple times. We went yesterday morning with friends and Kennedy was actually well behaved and had a good time. Nothing super exciting happened while there but I did get a couple cute pictures of her. 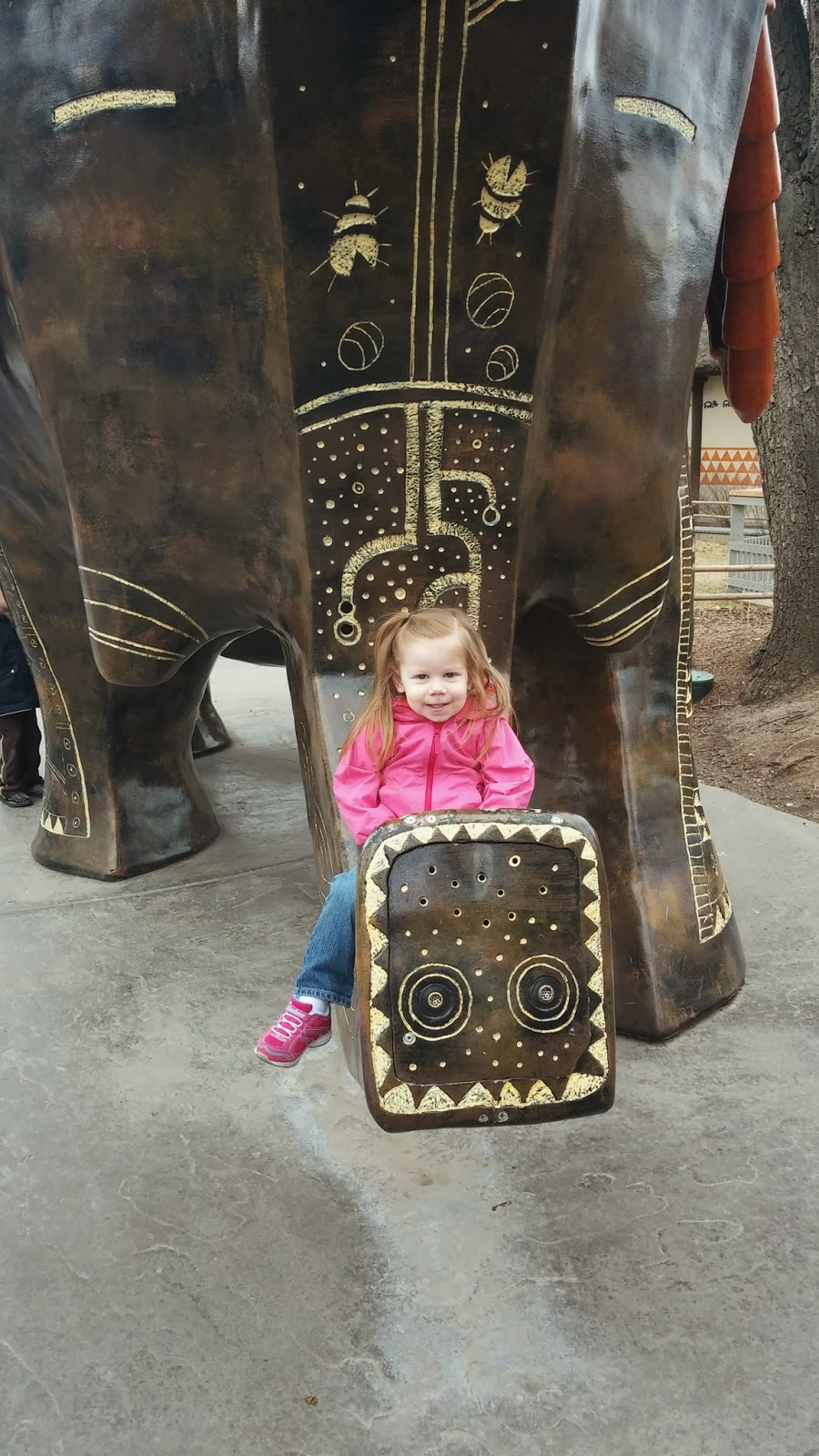 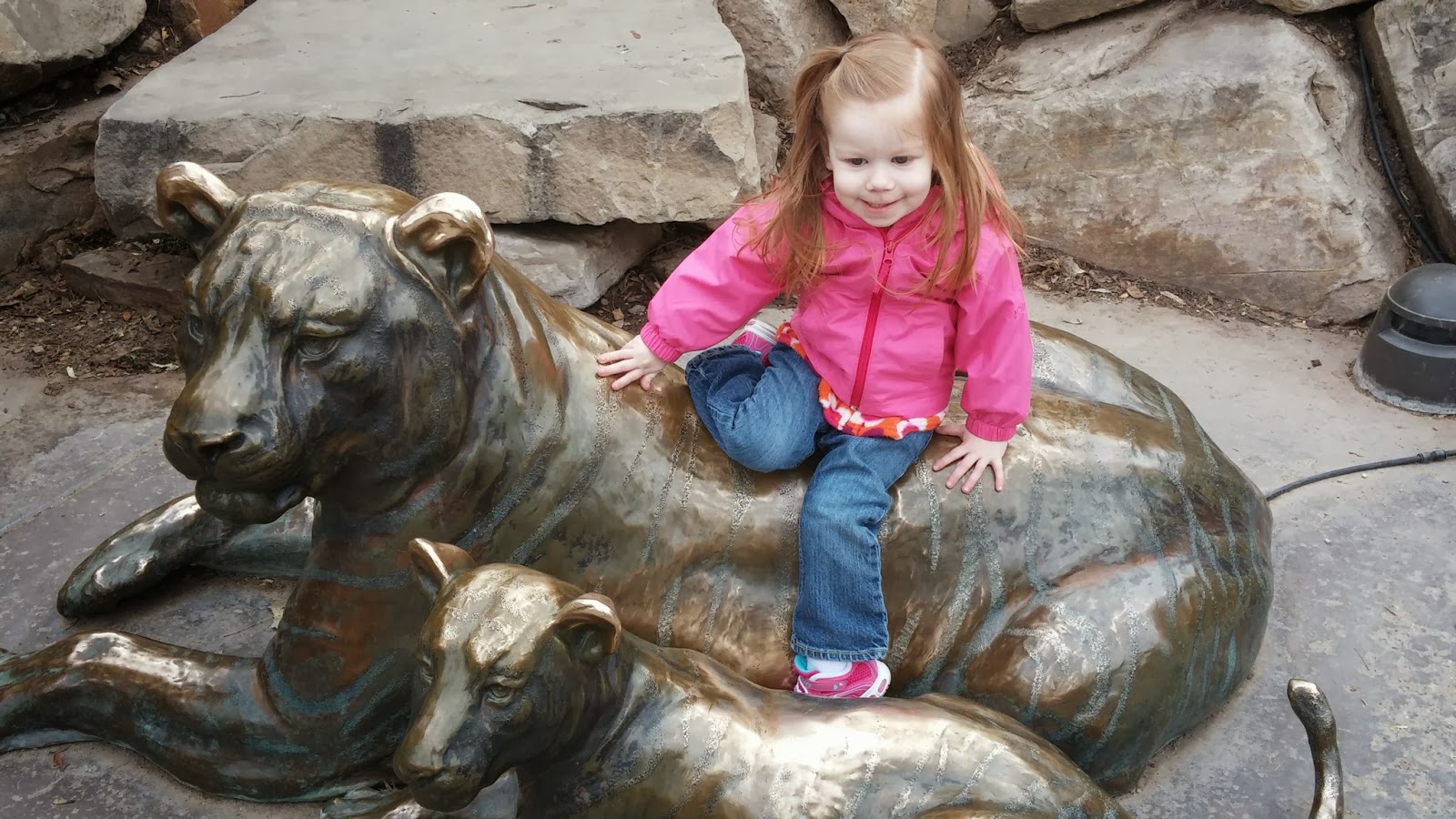 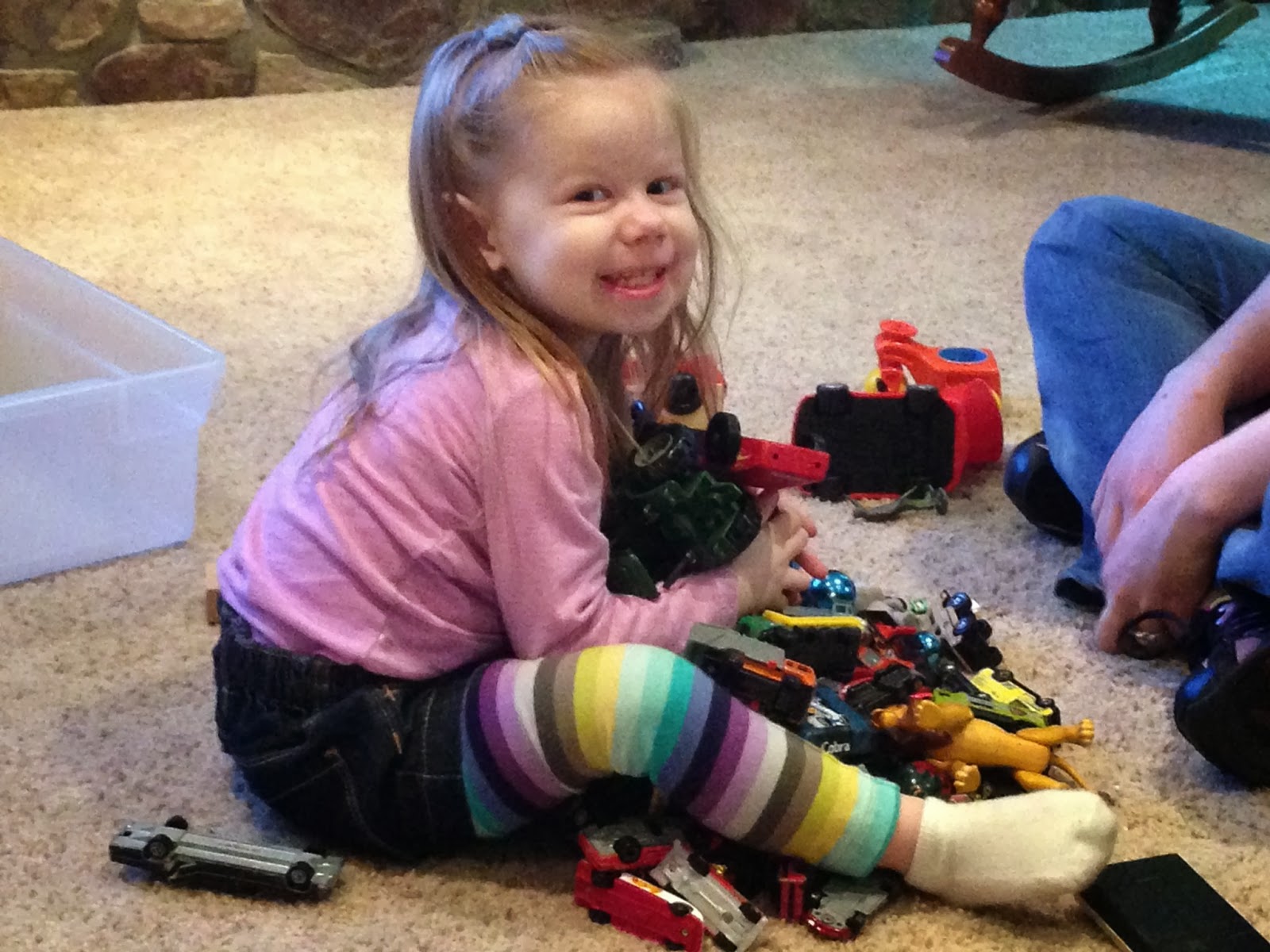 She sure loves those cars. 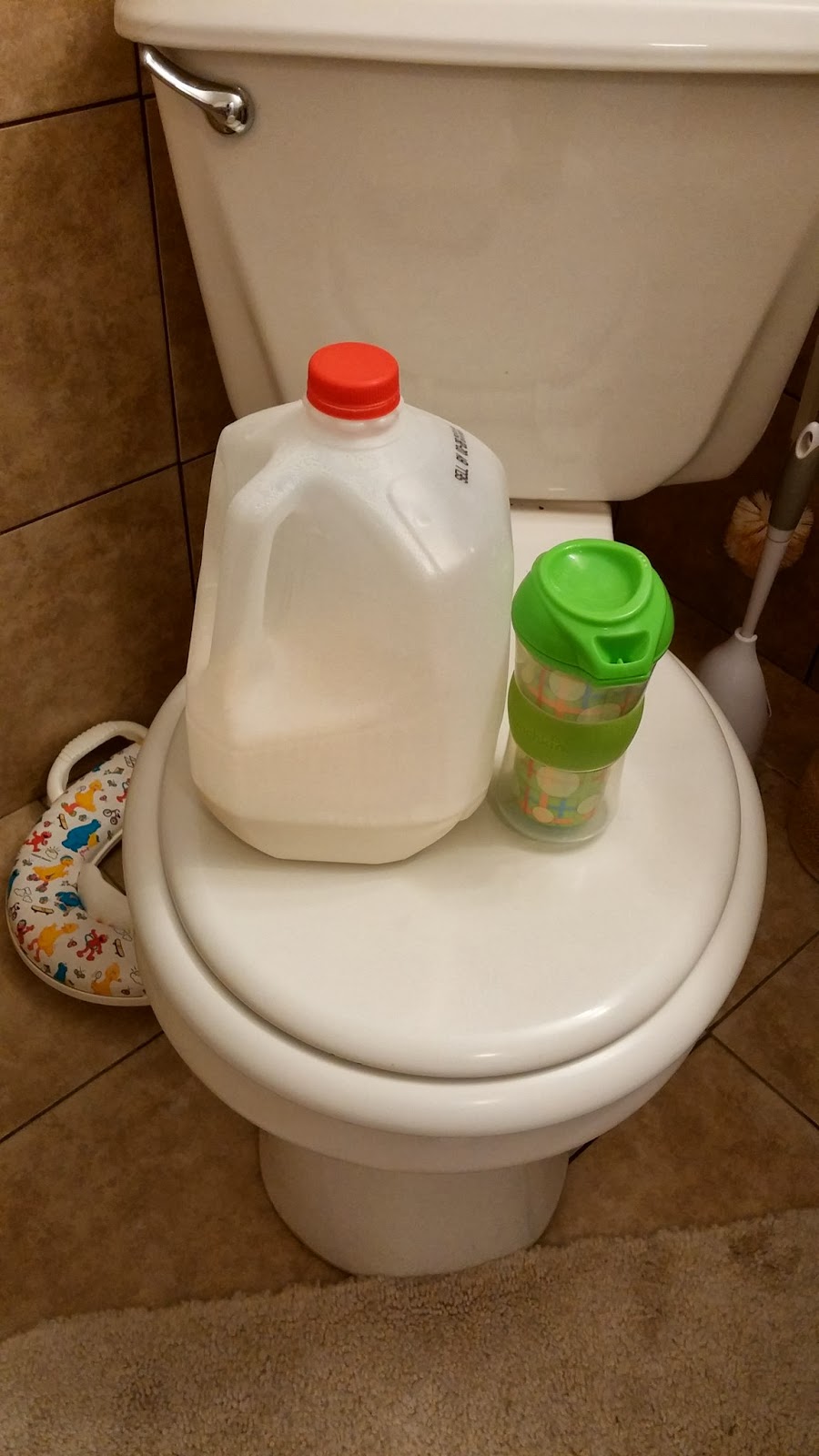 I got out of the shower yesterday morning and saw the above scene. I think she wanted more milk... 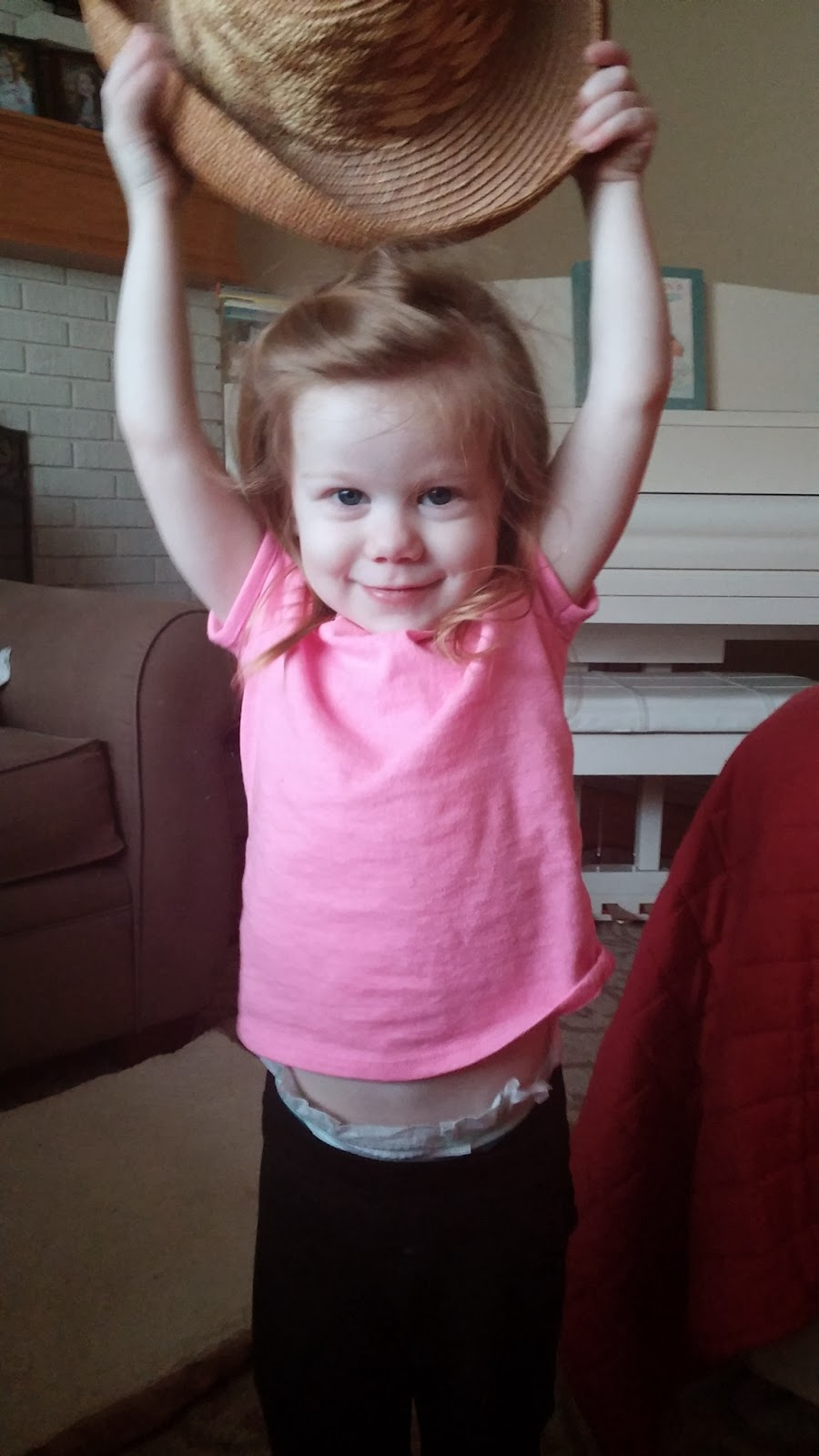 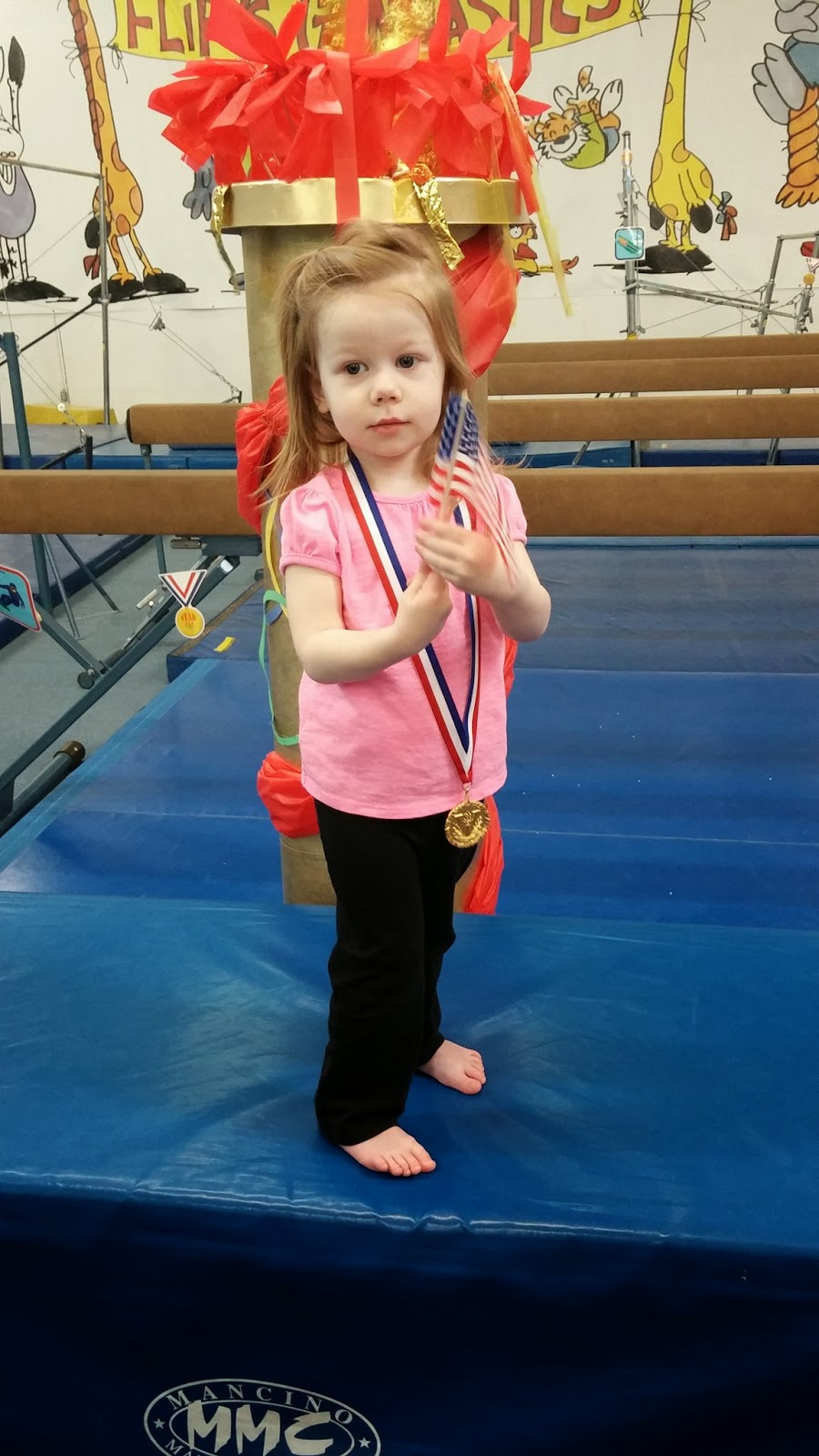 They had the olympics at her gymnastics the last two weeks and to end it all they had a gold medal ceremony where each kid got a medal and got to stand on the podium. She wouldn't smile. Obviously. 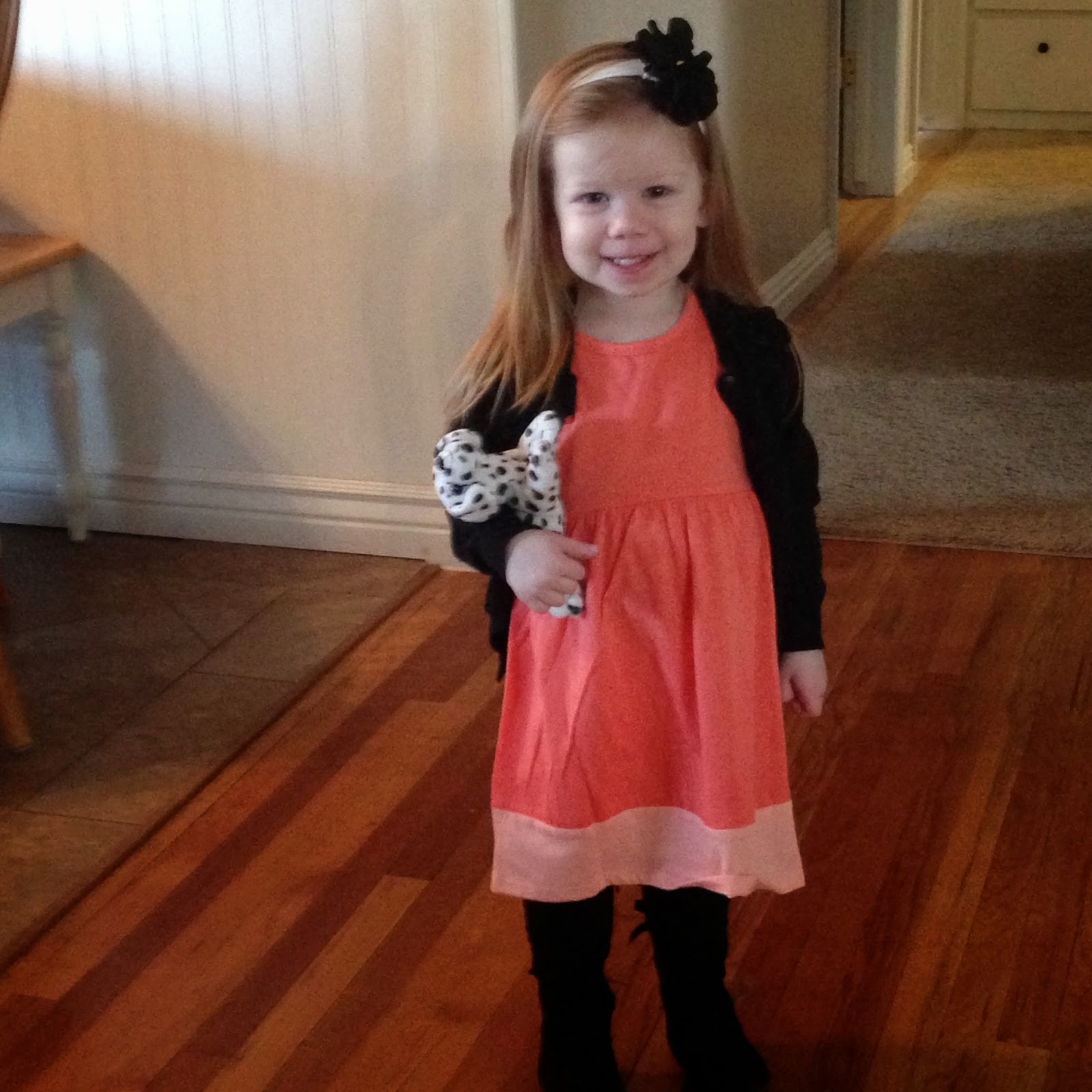 Just a super cute picture my mom took of her before church.

There. The last of her sweet side has been written. Hopefully some day my sweet girl will return.