I have sat down to update the blog so many times and then never finish. I apologize. Life has been a tad busy, in my defense, but not really so busy that I can't take some time out from playing solitair to post something. So here it goes.

Life is going well for us. We've been keeping busy and adjusting to our new surroundings. I'm super excited for Christmas! I have no particular reason either, I just am. I've been able to get back into the gym recently and that has been interesting to say the least. Exercising while pregnant is a whole different ball game. I'm not sure how much longer I will be able to participate in the workouts at my gym, so I'm contemplating a basic membership at the new Planet Fitness that just opened up here. It's only $10 a month and then I can use the elliptical or the bike instead of trying to do burpees and pull ups with a huge pregnant belly. And let me tell you, I do feel huge. I already look 6 or 7 months along and I'm only 4. I'm totally freaked out about it. And about the size of my behind... But whatever. Baby making sucks all around. Anyway, it's been nice to feel human and active again. I also cut and colored my hair a couple weeks ago: 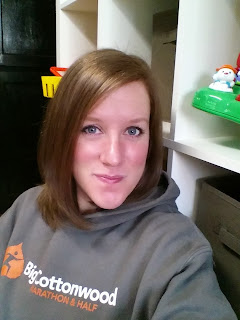 Yes, that is a ridiculous picture but I don't do the selfie thing. At all. I actually kind of think they're ridiculous 99.9% of the time. But I had a couple requests to see the new do. So there you go. It's a little shorter than I like but I'm still in love with it. It's nice to feel pretty again instead of like raggedy Anne.

Cory got some spectacular news this past week. Starting in January he will no longer have to rotate to night shifts!!! He has been rotating two weeks days, two weeks nights, like everyone who works there, but for some political reason I don't quite get, they're putting the welders on straight days. This is joyous news, especially with a new baby coming in 5 months. I feel very blessed right now. He was on days in the parts department when we had Kennedy so I was terrified to have a newborn alone at nights and deal with it. But now I won't have to. Yay!!!! He hated nights anyway and so did I so we will take this as long as it's offered.

Kennedy has entered a new and terrifying stage of the terrible twos. She's trying to determine independence and power so just about everything we do or say is a fight which is argued by a loud and piercing "NO!!" by her. It's been really difficult but we're hanging in there the best we can. She's also been really cute off and on and has done some really hilarious things. She still has no interest in potty training, trying to say her words right or repeat anything we ask her to, or in any girl things. More on that later. But we still love her and she makes us happy.

This week we went to go check out Trader Joe's for the first time. We didn't get it. I guess you have to know what you're looking for? We did walk out with a gingerbread house kit so we put that together Friday night. Kennedy ate the candy faster than we could put it on but we all had a good time: 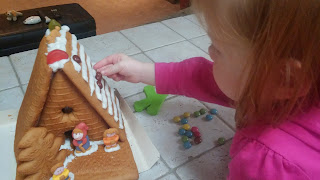 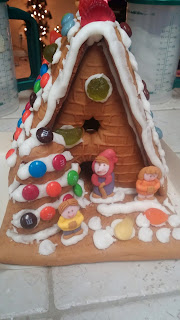 Kennedy had her hard hat on during the construction 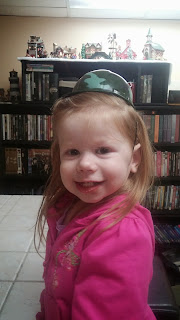 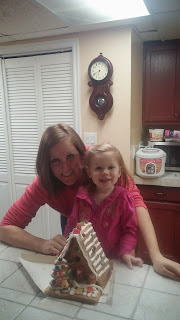 And lastly we headed to Idaho this past weekend for the missionary farewell of one of Cory's cousins. We had fun with family and getting out of the inversion for a couple days and seeing the sun again: 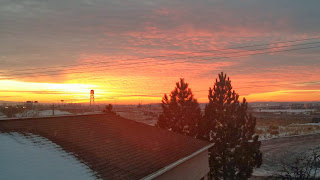 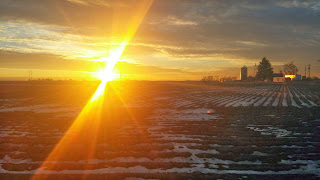 It was also above 30 degrees on Sunday so we didn't even need our coats. It was lovely. Kennedy fell asleep on the way home holding Cory's shirt up to block the sun from being in her face, it was hilarious. 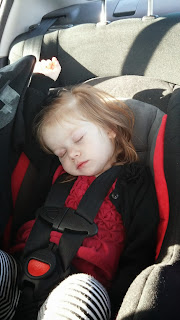 So that's what life has been like lately. We don't have any amazing holiday plans but we do plan on being together and having a good time. And trying not to get too fat :)
Posted by Megan and Cory at 9:19 PM