In case you haven't heard yet, Kennecott Copper Mine (aka Bingham Canyon Mine) had a massive landslide two nights ago. This wasn't any news to us. They've known for a long time this was coming and they have been monitoring it closely. Thanks to their tireless safety campaign, no one was injured or killed. We're very grateful for that.

Cory has been a little shook up over it. He takes deaths and natural disasters pretty hard, but you have to know what to look for in his behavior to see it. He was working directly in the path of the slide the day before it happened. It was a very brief time he was there since they've kept that area secure, but I think it made him feel vulnerable. He's spent hours looking at the pictures and talking about it. It's a huge deal and it means things are going to change there. They lost a lot of equipment in the slide which means there's not anything for lots of employees to do. Thankfully, his department fixes all the gear, so he won't be out of work. If anything, they'll be begging them to come in for overtime. I feel bad not everyone gets news that good. We were worried for a bit there that they were shutting the mine down completely and Cory wouldn't have a job for a while. But they're trying to continue on as best they can with limited equipment. Now they have the task of digging it all out, which will take years.

I feel bad for him and his fellow employees. This means so much uncertainty in the months ahead and there's now a huge crater where they used to work all the time. The visitors center is the only part I've seen and that's all gone now, too. Talk about crazy! Hopefully they can get things figured out soon and everyone will be able to return to work. I'm praying for that for those he works with. I screen shotted some photos of the slide from KSL at the bottom. It's insane.

In other family news, there's nothing that new to report with me. I've been battling nausea all week for some unknown reason. I had a fever and body aches associated with it on Tuesday and Wednesday morning but I was able to attend a class at the gym Wednesday evening just fine. I thought it was gone minus little episodes of feeling queazy here and there but today was by far the worst. I even had to leave work a little early. I spent the day sitting or laying down, staring at the mess my house has become and feeling so bad that I wasn't able to play with Kennedy in our usual manner. We made due though. She would run on the couch over to me and sit on my face or chest and laugh, then give me a hug, then run away and reset so she was ready for the next round. It's amazing what keeps her entertained. I love that little peanut. I hope I feel better tomorrow. I'm ready for this stupid bug to be gone. And no, I'm not pregnant.

Kennedy is exploding in her personality like usual. Some funny things of note are:

I sat her on the potty today just to see what she would do. She stared at me for a minute and then screeched, "No!" And started to climb down. I think it freaked her out. I'll need to buy a potty seat when the time comes to train her. It's way too early right now though. Although she can tell me she's poopy :) She's also watched me each time I've had to make a trip to the bathroom due to illness so I think she was afraid the same thing would happen to her. I wasn't thinking.

For some reason she will only do this when it's just me and her, but she gets so sweet before I put her down and let's me sing to her. I've mentioned that before several times now but tonight she kept hugging me and touching my face. It's our special bonding time and I love it. I just wish she would show Cory how precious it is when he's there, too. Oh well. They have their moments that I'm not allowed to be a part of, too. Cory is such a great dad. Before he left for work he woke her up just so he could see her and stopped to read her a book, even though he was late. I love that about him.

She's getting four of her top teeth in now. It's always a guessing game whether she will be cranky or not from it but I'm so excited to see some more pearly whites.

That's about it on the updates. Life is a little slow right now, but I know things will be picking up here pretty soon so hopefully I'll have more stuff to blog about then. Hope everyone is well! 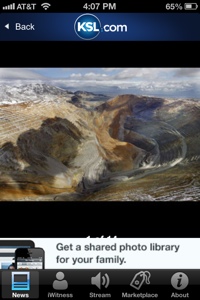 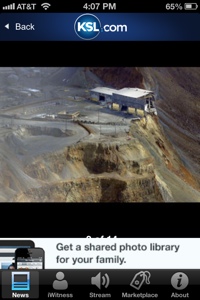 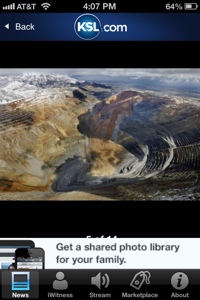 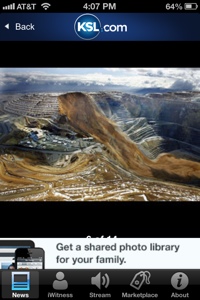 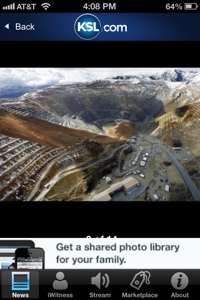