Cory's sister Hillary is a server at Chili's. This morning they hosted a breakfast and an Easter egg hunt in the restaurant for employees and their families. Hillary really wanted to take Kennedy and I thought they would have so much fun! Cory also decided he wanted to go. I would have gone too, but unfortunately I had to work. I was so bummed I missed it! Cory said they had a blast. Kennedy eventually figured out what the purpose of it all was and loved it! She's at such a fun age. We have at least 3 more egg hunts planned this week so by the end of the week she should be a pro! Thanks, Hillary for taking her with you! 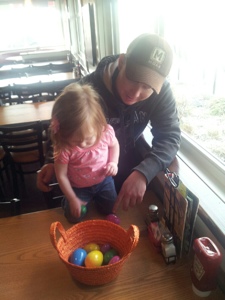 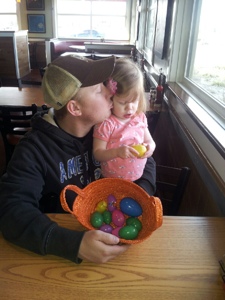 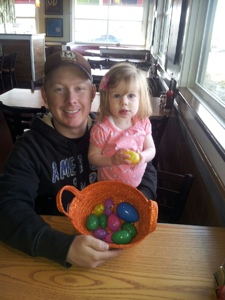