Her drastic changes are starting to slow down a little bit. I've noticed that over the last few months. Other than learning new words and getting more brave and secure with her body, she's not doing anything terribly different. But I'll highlight some fun points.

She still, STILL doesn't have anymore than 6 teeth. Every time I swear I can see one coming in it never does. She's learned how to adapt though and eats almost everything regardless. She's resilient like that, like her momma.

She's learning how to jump off furniture and from the couch to the ottoman. It's really cute watching her get up the guts to do it. As mentioned before, I want her to be in a gymnastics class. I think I'll get serious about that after our Moab trip. She's also still a major climber and loves to climb anything she can find. I'm so scared for the day she climbs out of her crib. I know it's coming. I can feel it, like a disturbance in the force.

She's still a giant copy cat. She does all the actions to The Wheels on the Bus, Itsy Bitsy Spider, Popcorn Popping on the Apricot Tree, and a few others. Her latest thing she's trying though is singing. It is adorable!! Whenever I sing, she tries to copy me and starts singing in a really high pitched voice. It makes me laugh because it sounds just like a dog howling along with it's owner. I'm praying that she has some musical talent and can sing well.

She's not a huge talker. She knows many words and she can understand so much of what I tell her and talk to her about but she's not spouting stuff that makes sense all the time. And that's ok. When I ask her, she'll use the right words for stuff. I know eventually she'll put it all together and yack and yack. My favorite thing in the last week though has been listening to her count to three. It's so cute!!

She's extremely busy and wears her mother out on a daily basis. My goals for her in the next few months are to ween her off of her binkis during bedtime, get her to sleep without the white noise of the humidifier, and maybe start using a pillow in her crib so she can start getting used to one. All of those mess with her sleep, which means they'll mess with mine so I'm very scared haha. But we'll get it.

She loves books still and looks at them all the time. She's also still our little comedian and makes us laugh with the silly things she does.

She such a sweetheart!! She loves to give hugs and kisses and she's a major cuddle bug with stuffed animals. She's our favorite thing ever. 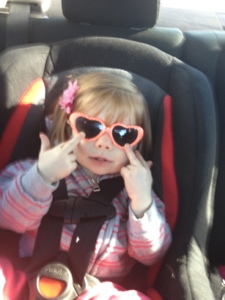 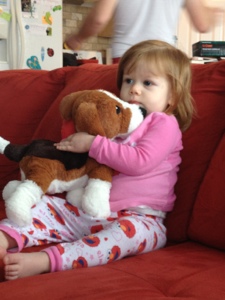 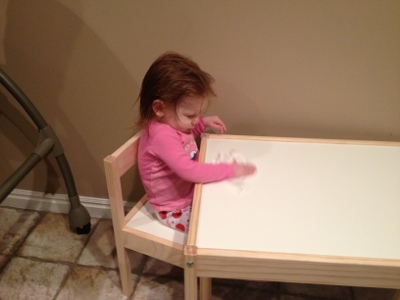 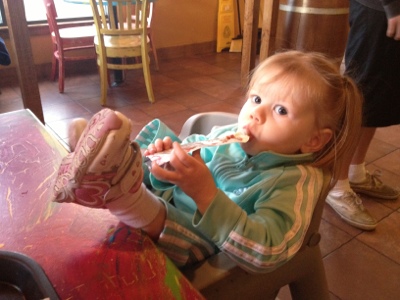 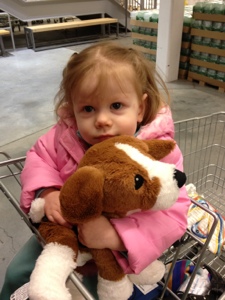 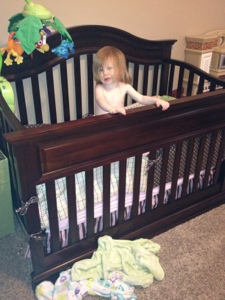 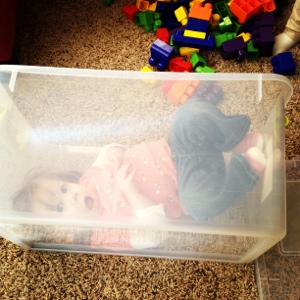 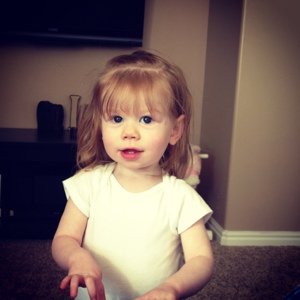 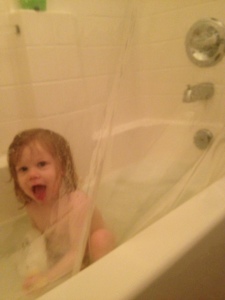 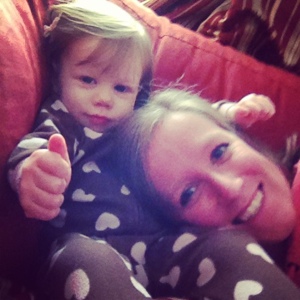 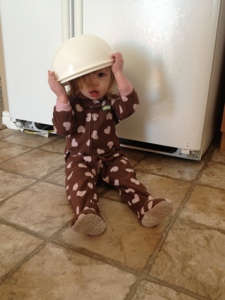 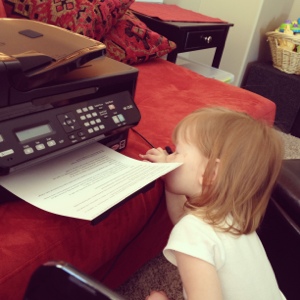 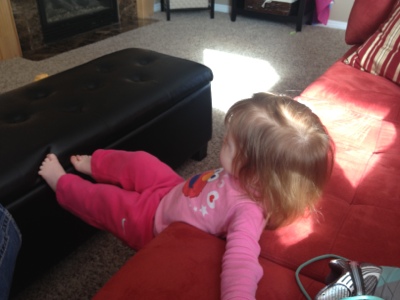 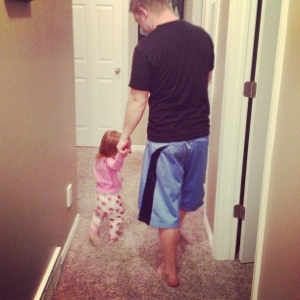 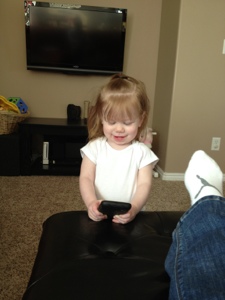 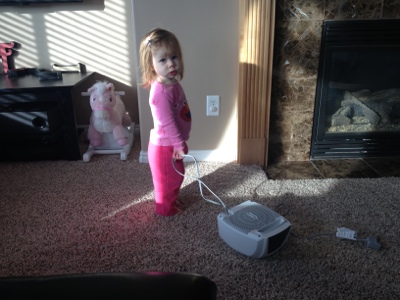 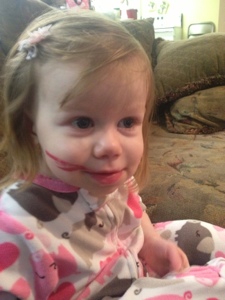 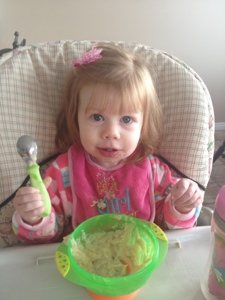 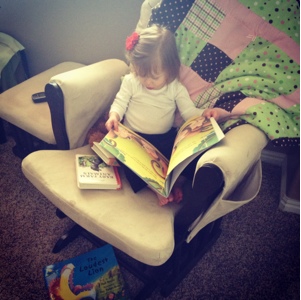 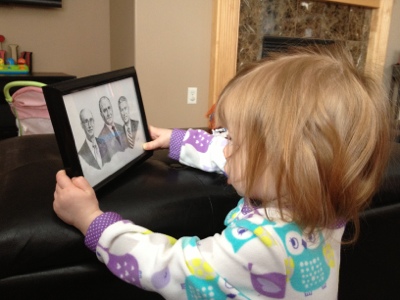 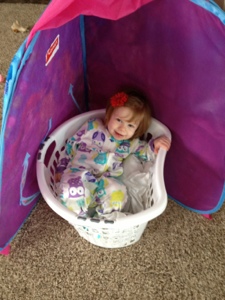 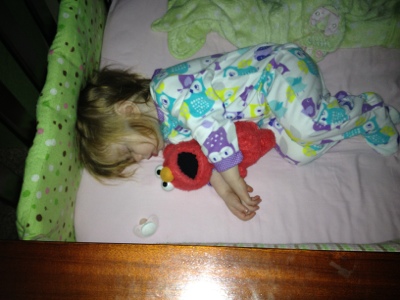