The other day I was joking with a friend of mine who is considering moving into our area from Eagle Mountain. In order to sell him on the awesomeness of our neighborhood I said, "We get way less snow than Eagle Mountain, too!" Which of course was a big selling point for him.

Fast forward a couple days later and the scene has changed drastically. My clever sales pitch is no longer valid. We had a gigantic storm that hit our area pretty hard. In the valley where we live, we have 18" - 2 feet of snow. We took a drive today up toward the benches and they have closer to 5 feet. From one storm! It felt like we were driving through some back country ski town up in the high mountains but, nope. It's very pretty and we need the moisture but I'm still not crazy about winter. Especially since it's not even 20 degrees today. Hate that! But we got out and played in it for a while. Kennedy loved it! She also got to play with aunt Hillary and cousin Alexis today while we went to the temple. She loves it even though her face says otherwise. She looks so pissed it makes me laugh! 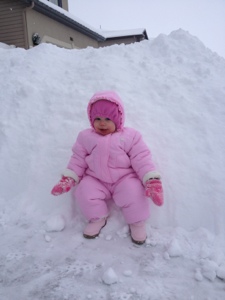 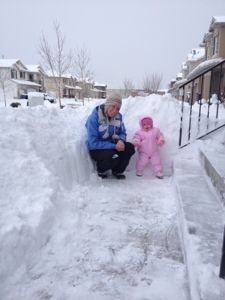 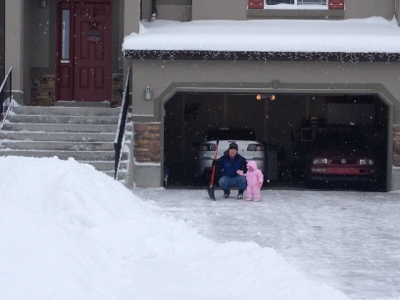 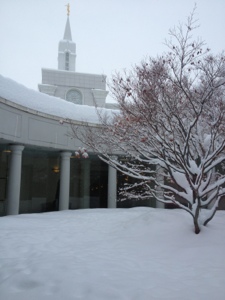 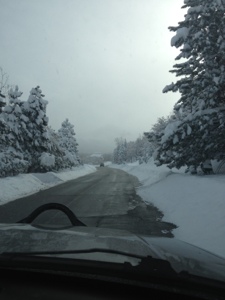 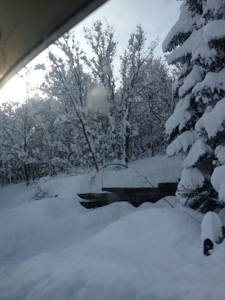 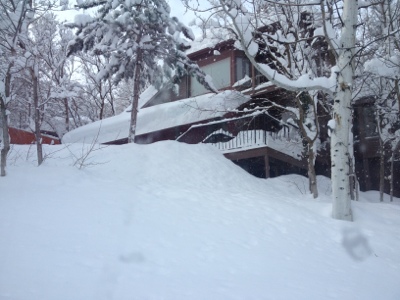 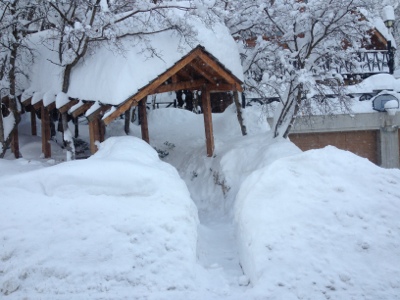 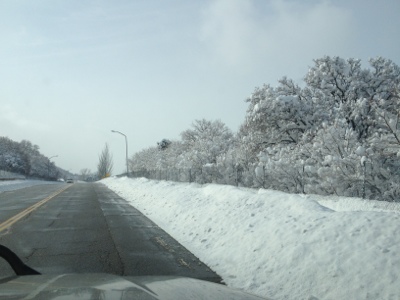 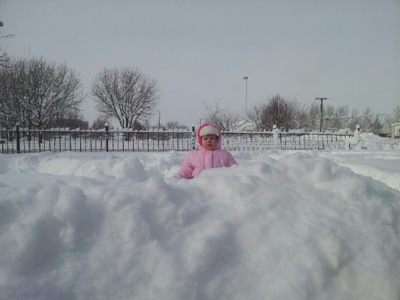 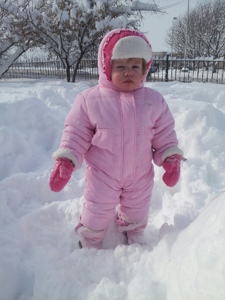 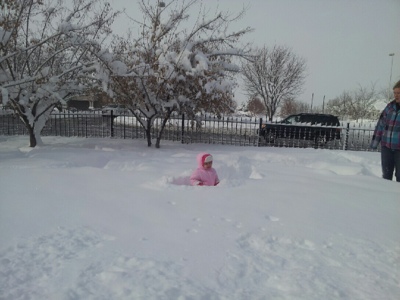 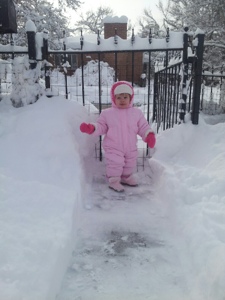 All that snow would seriously be HEAVEN for Emily and Marie to play in right now. Maybe you could fed ex us a yard full?