In 5 more months our little squirt will be 2. I'm not happy about this but I'm sure you all are because that will mean the end of annoying monthly posts! Haha yay!! But these are mostly for my documentation anyway. Read on if you care to.

The last month has been very exciting. I know I'm going to forget things since I'm writing this post while I'm very, very sick and can't think straight but I'll try my best to sum up how adorable Kennedy is. Here's her latest and greatest:

-She, without a doubt, HATES nursery!! The first day was bad. The second week she cried and screamed the whole two hours but we left her in there. The next week, she started screaming and crying before we even made it to the door. She clung to me all through sacrament because she knew she had to go to nursery. Cory stayed in there with her the whole time last week. We're back to square one with trying to teach her it's a fun place, and then we can try leaving her again. It may take a few weeks of us being in there to get that message across. I for one am very upset that she's having this hard of a time. I'm not surprised, but I really need her to be in nursery so I can fulfill my callings. Hopefully we'll get there sooner rather than later.

-As mentioned before, she's started trying to say so many words! I can't even list all the ones she's said in the last couple weeks but it has been so much fun!! The other day I went in to get her after her nap. I opened the door and said, "Hi, Kennedy!" And from her crib I heard, "Hi, Mommy!" It was so awesome!!! One of my favorite moments so far.

-This is normal for her age, but she is a major copy-cat!! She literally copies everything I do, from copying my emotions to mimicking me scratching my arm. She's my little shadow. But she's learned a lot by doing that. The other day she put her shoes on by herself (not entirely the right way) and went and got her coat on when I did.

-She's really gaining a love of singing and dancing. Whenever I sing, she tries to, too. She also dances whenever she hears music. If it's a good day, I can get her to "raise the roof". It's awesome.

-As soon as she gets brave enough to try jumping, I'm going to sign her up for a toddler gymnastics class. I can't wait! I probably should just do it now.

-She is the pickiest eater still and won't eat hardly anything we put in front of her. I fear she's going to starve to death at least once a day.

-STILL no new teeth. I'm very, very angry about that.

-She is such a sweetheart. The other day was brutal at work and every single kid who came in was crying. She would go up to each one and look at them concerned and then try and hand them a toy or a ball or something to make them feel better. She even patted one girl on the head but that wasn't received well. I love that she has such a sweet little soul and cares for others. I hope she never loses that.

-She still has such a humorous personality. She likes to tease and laugh and have a good time.

We sure love her! 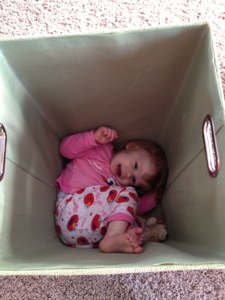 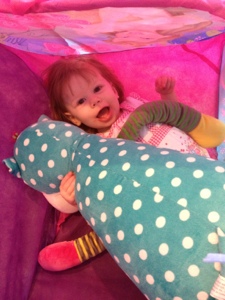 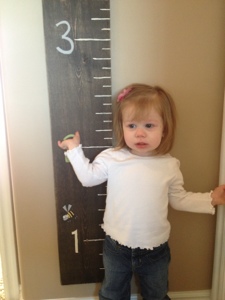 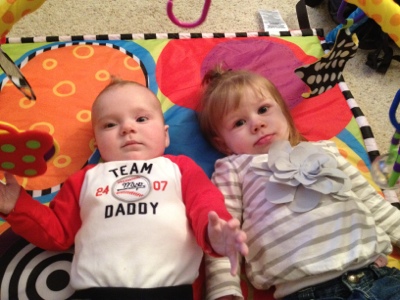 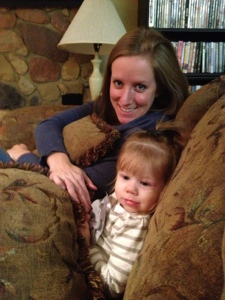 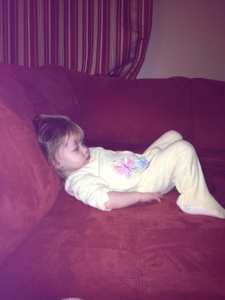 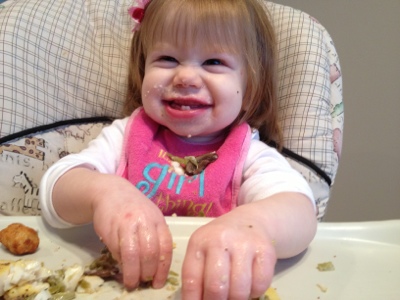 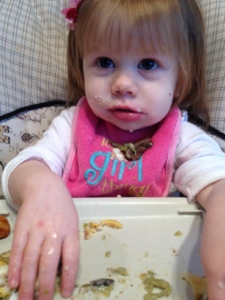 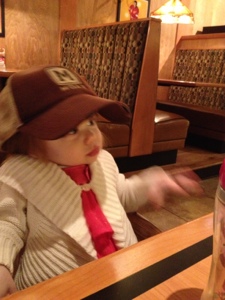 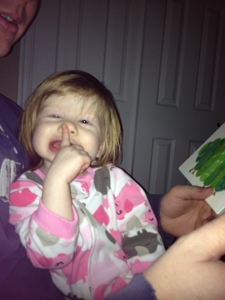 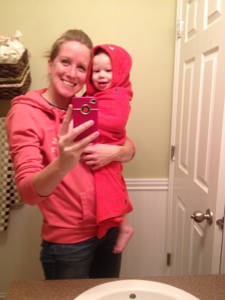 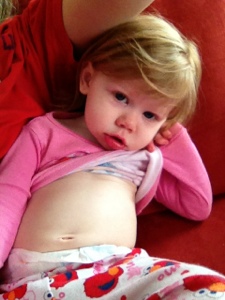 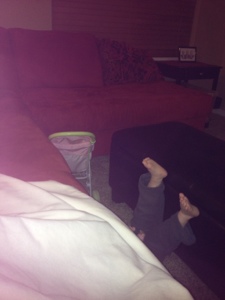 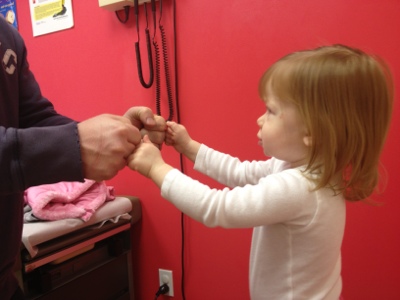 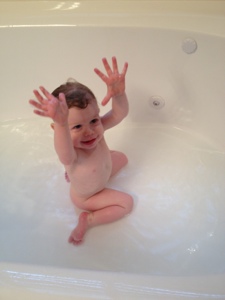