Wow, what a wonderful Christmas!! I have to say, Christmas is so much more fun when you're a parent. Kennedy still doesn't get who Santa is and whatnot but watching the joy and excitement of her opening her gifts was so much fun! I love gift giving!!

Anyway, we woke up and I made a simple breakfast. Have you seen these on Pinterest yet?They're canned biscuit waffles... 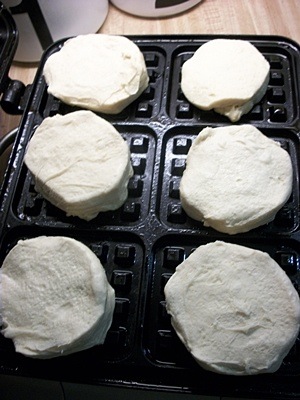 When I first saw that I thought it looked disgusting but whoever came up with that is a genius. I use the honey butter flavored biscuits and put honey butter over them while they're still hot. They're so dang good! It's like a scone that wasn't deep fried! Plus they take one minute to make and there's no mess whatsoever. The only sucky part is opening the can of biscuits :) Anyway, we fried up some bacon to go with our "waffles" (which DID make a mess), ate, got dressed, and headed down to the front room to open gifts. Kennedy was excited to see presents and had tons of fun ripping off the wrapping paper. She did figure out after the first few that not only was tearing paper awesome, but there was a prize under it she got to keep! I wanted to let her play with each toy for a minute or two but Cory was in a hurry for some reason so we helped her towards the end. 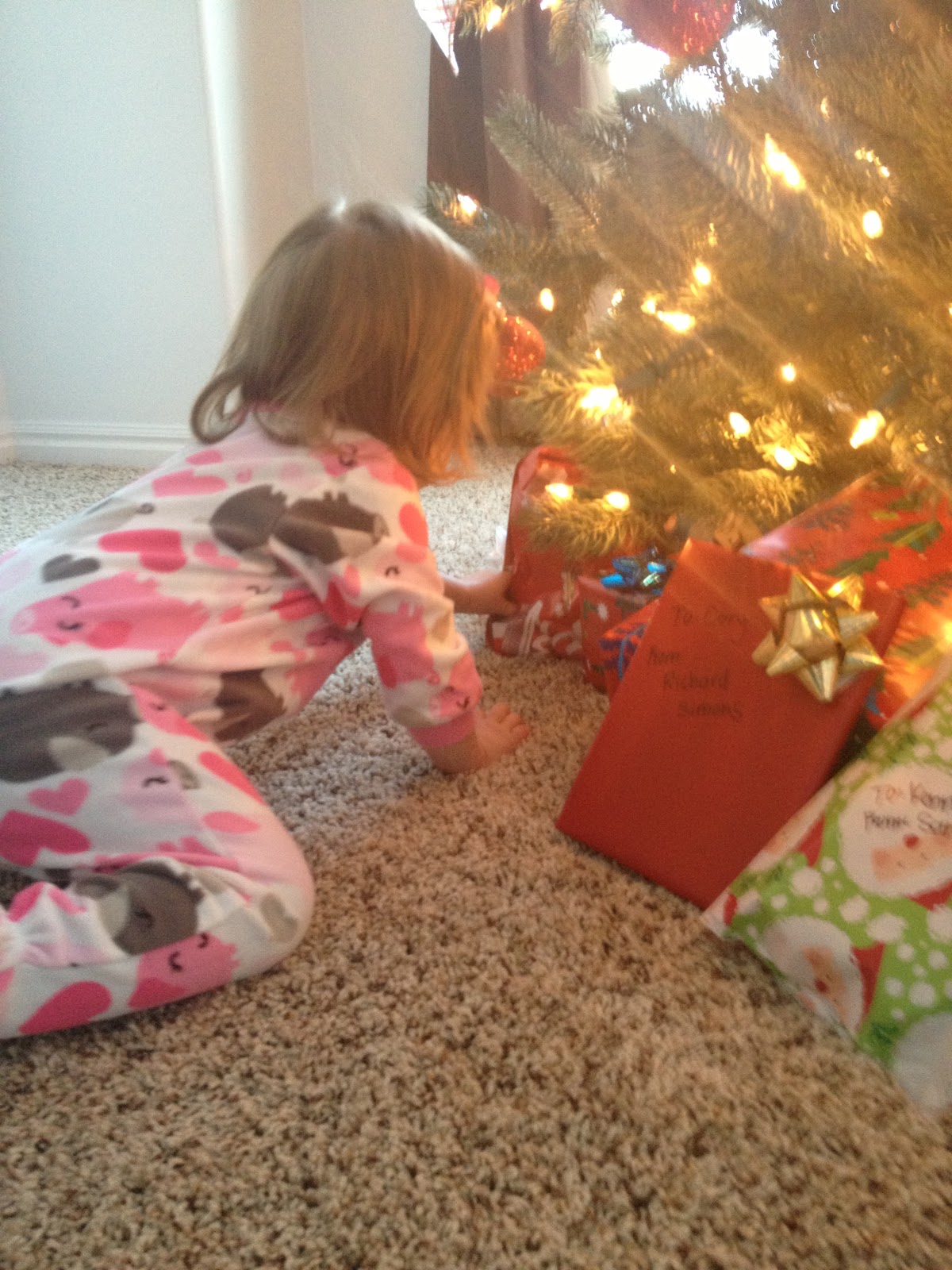 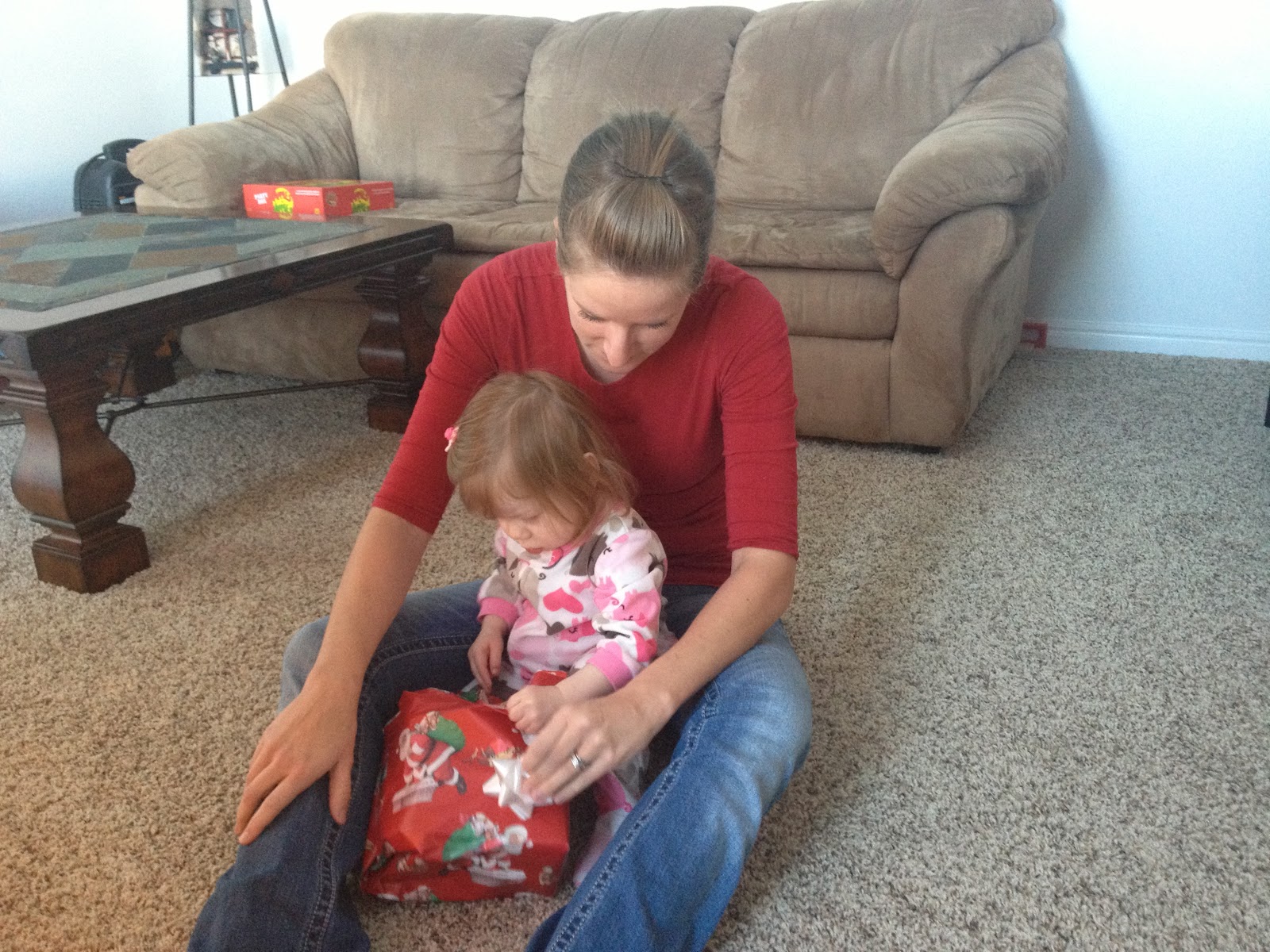 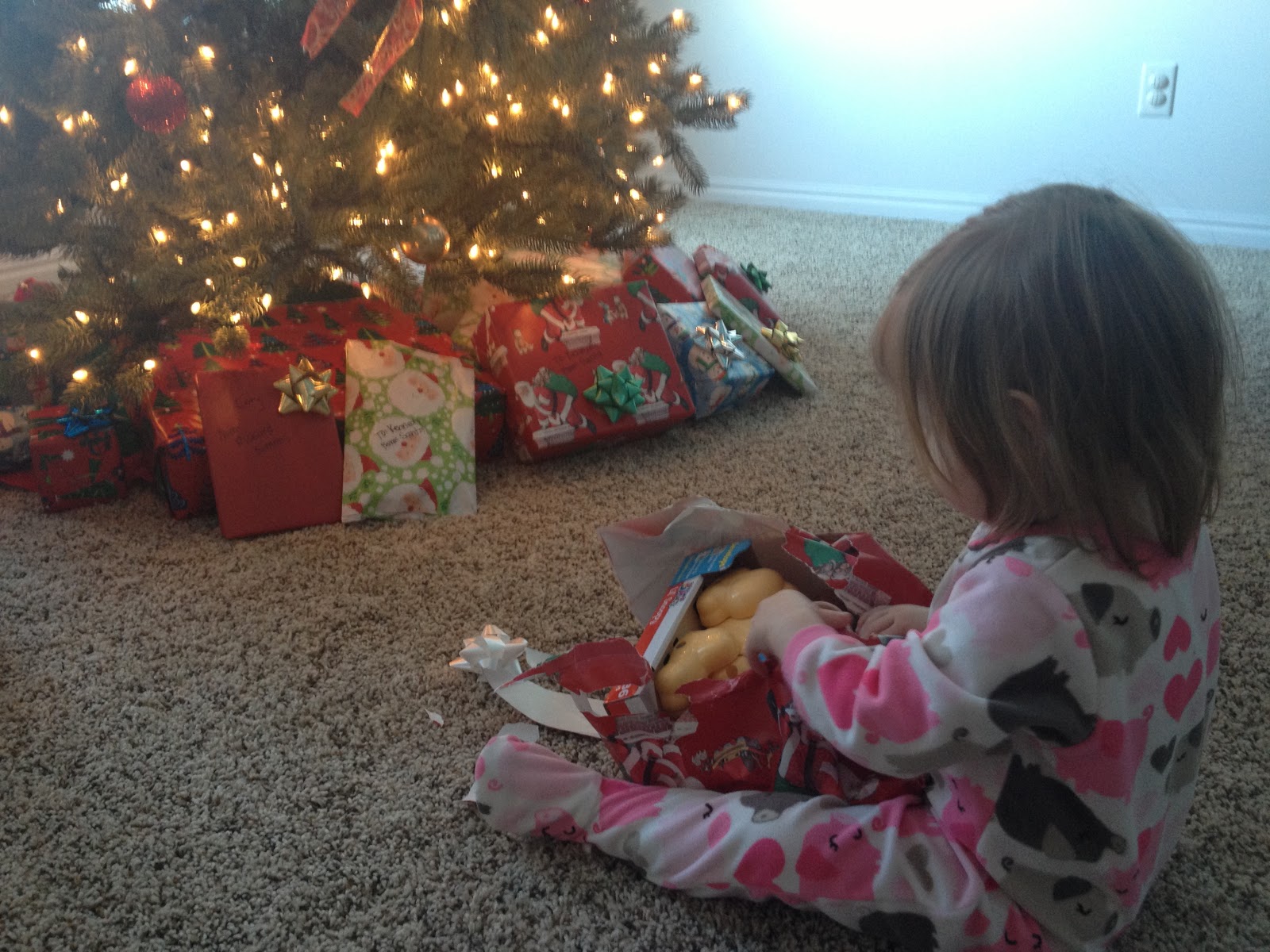 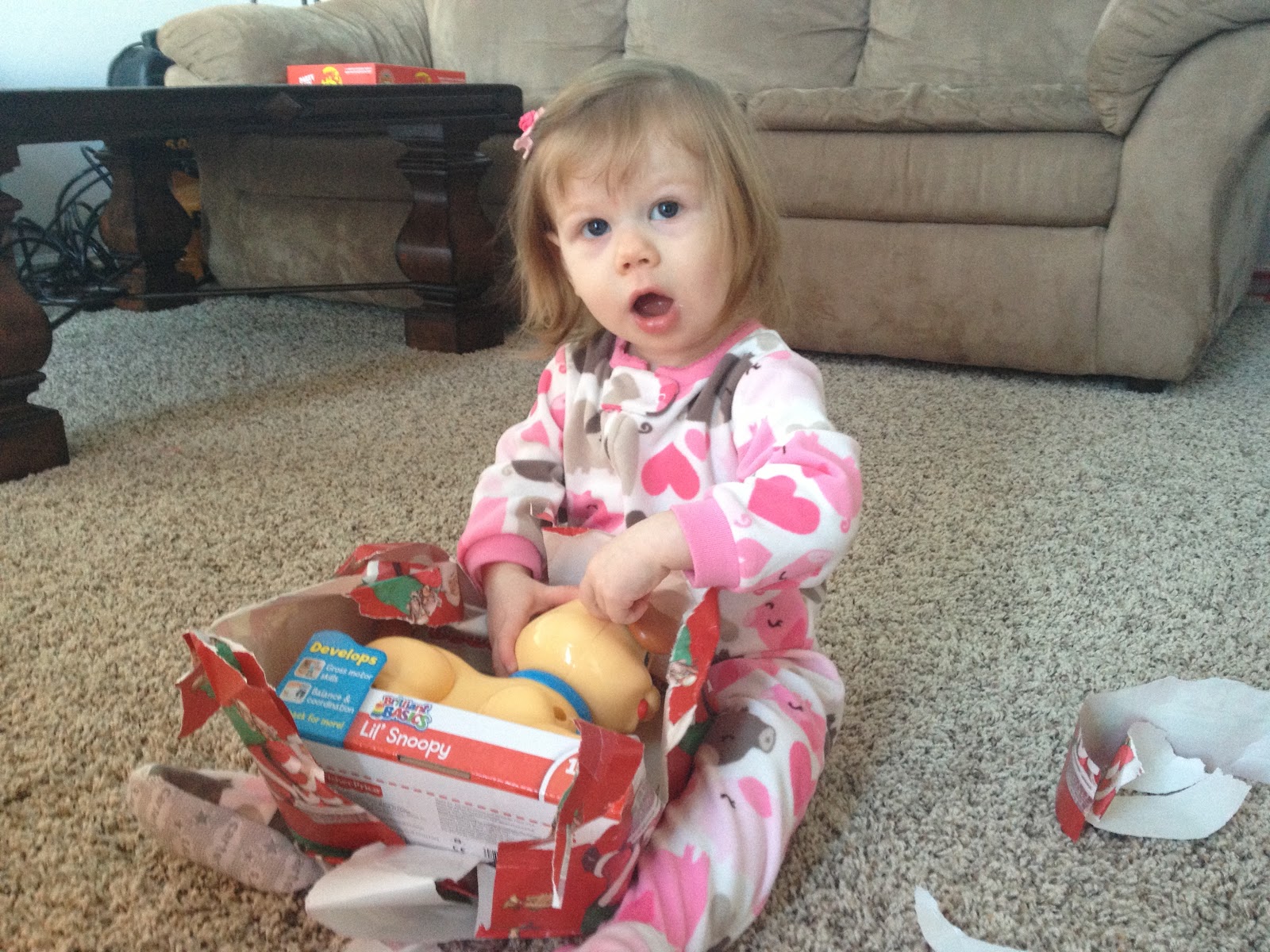 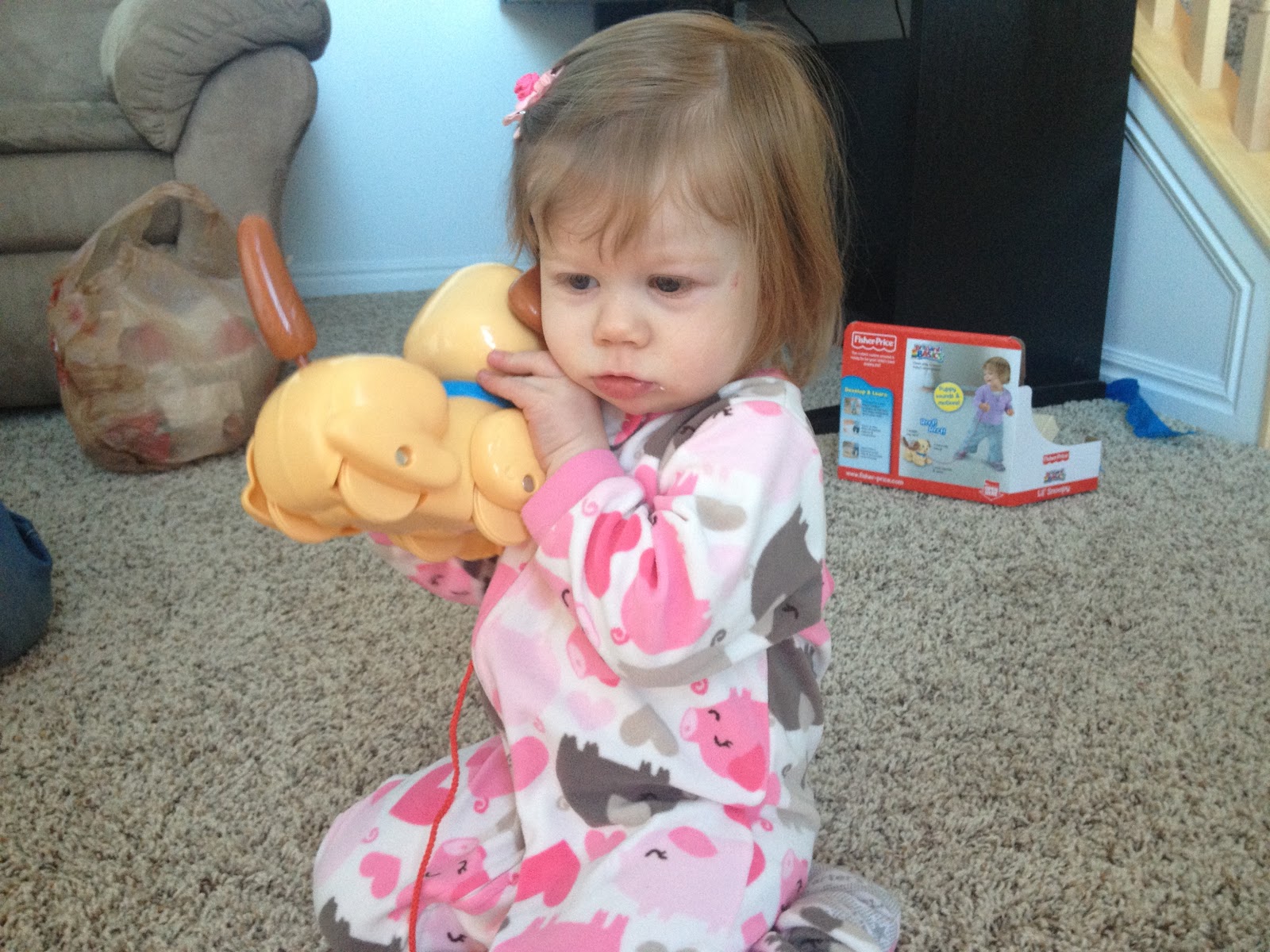 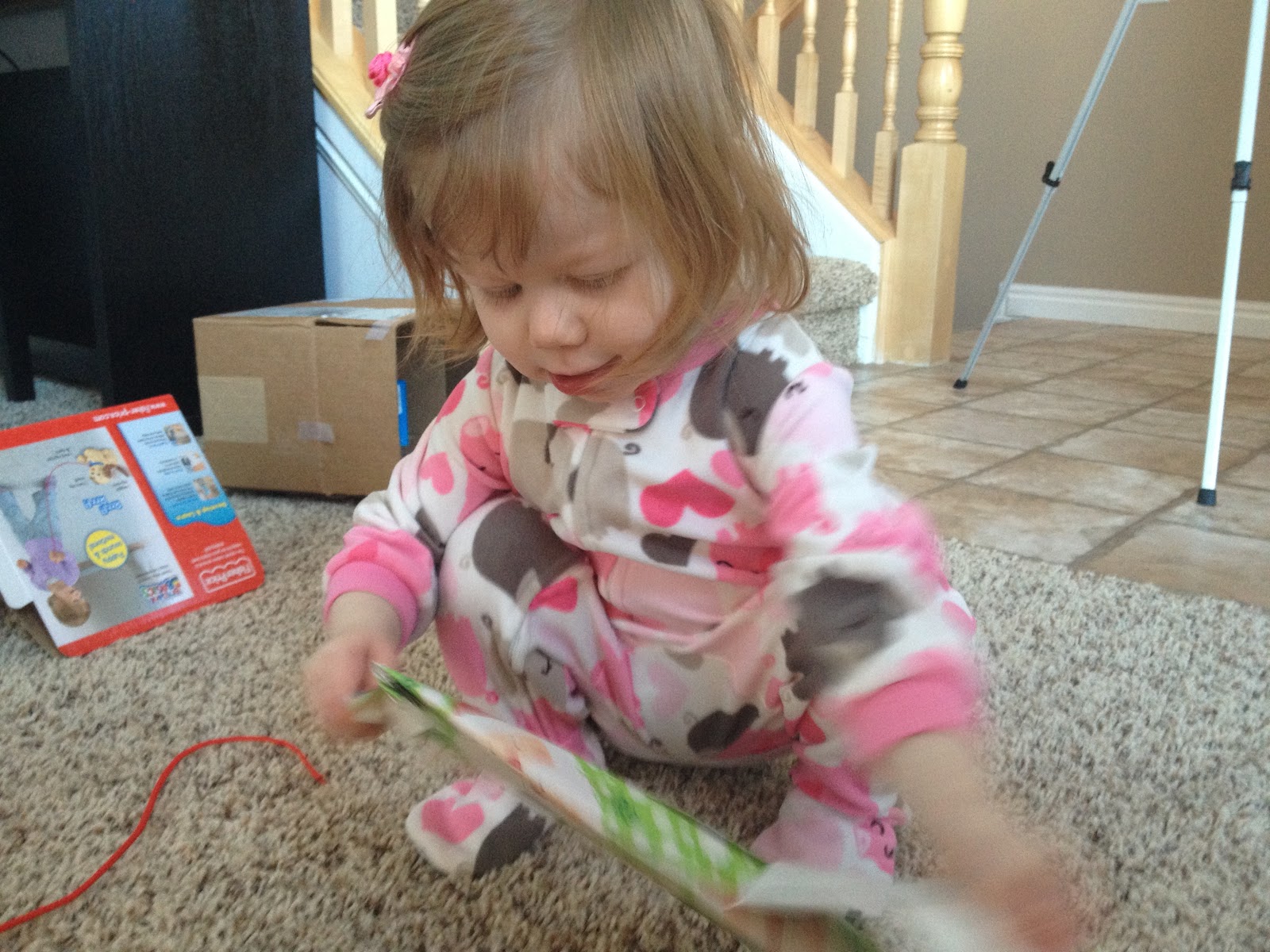 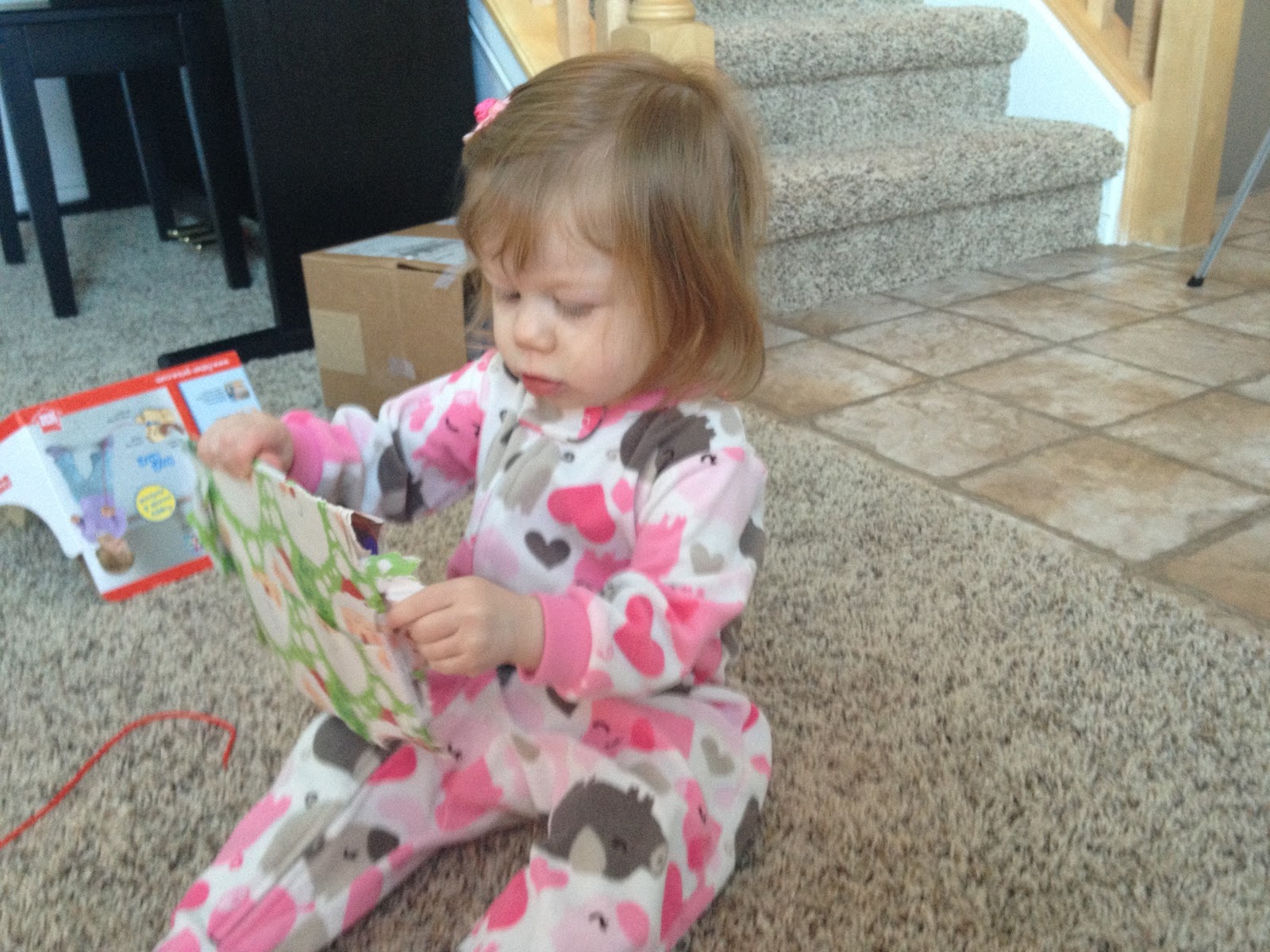 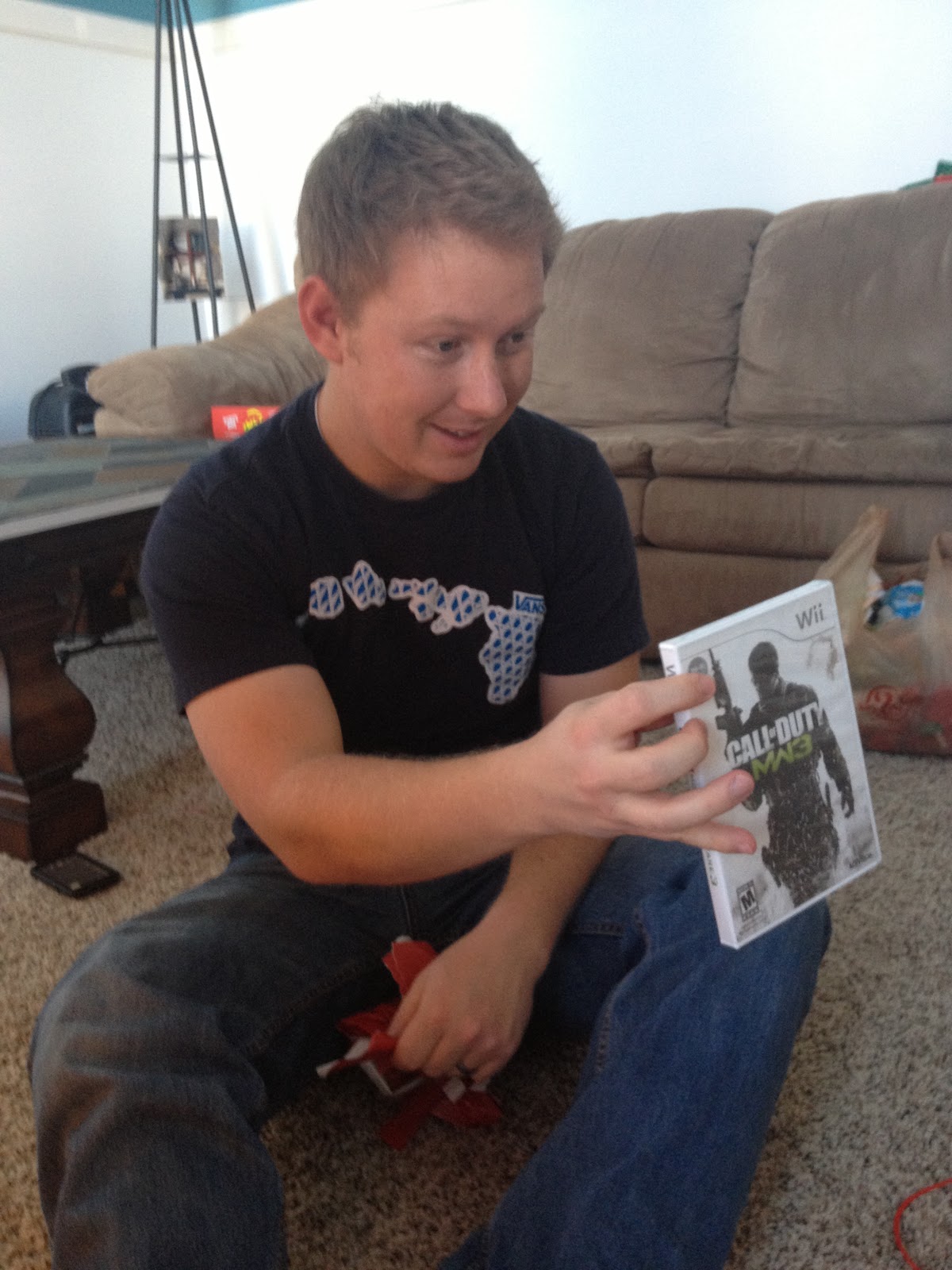 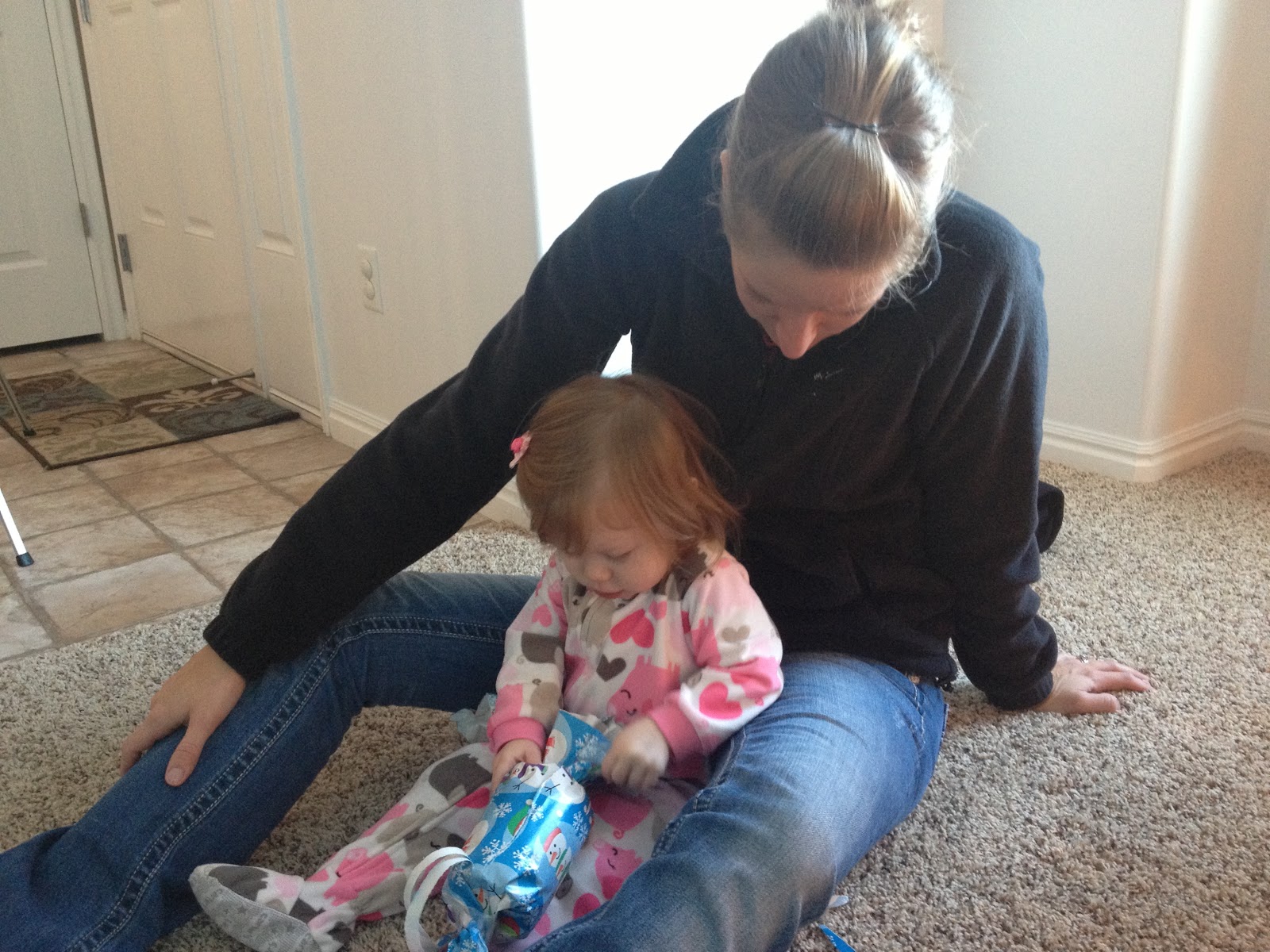 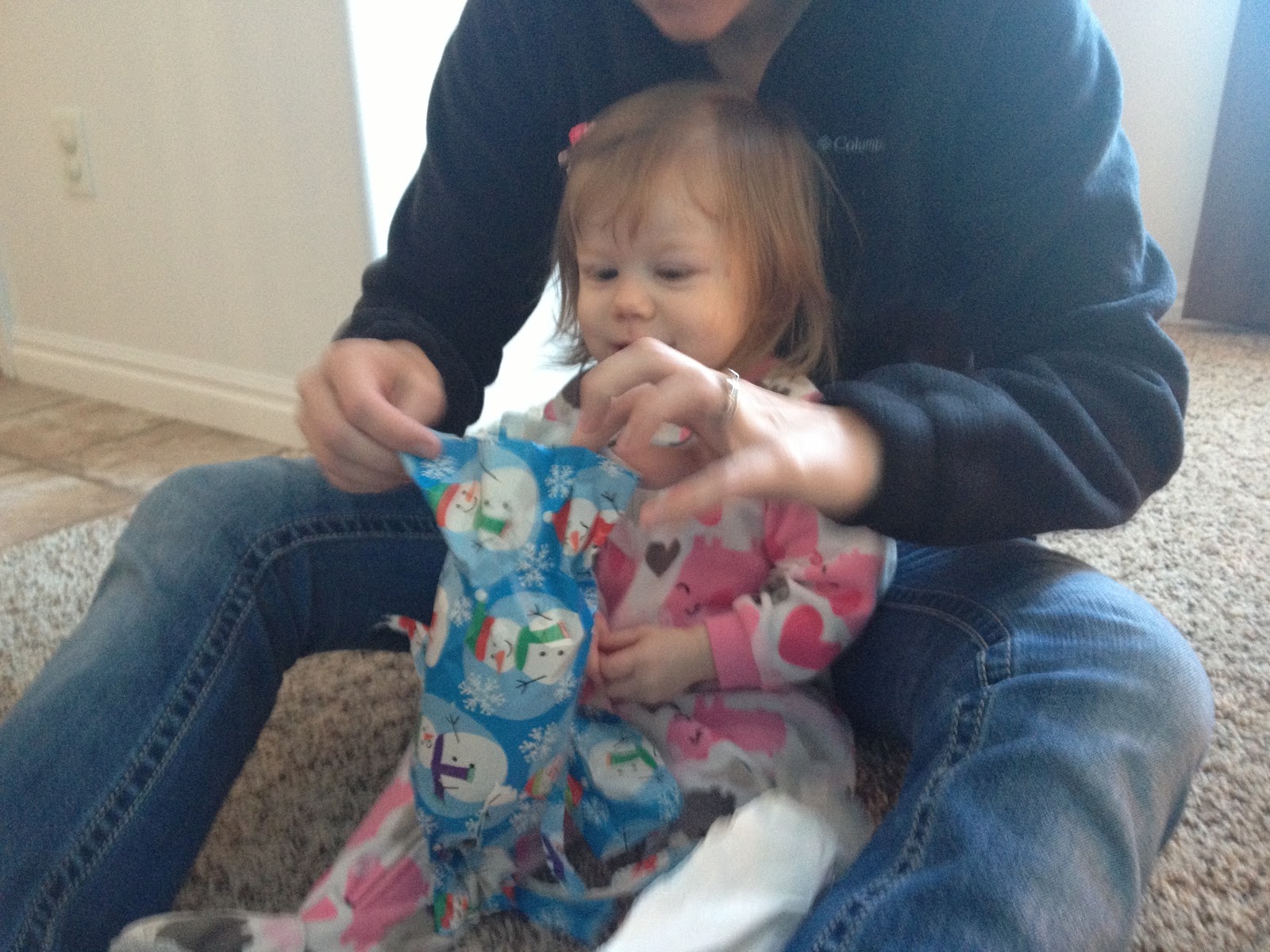 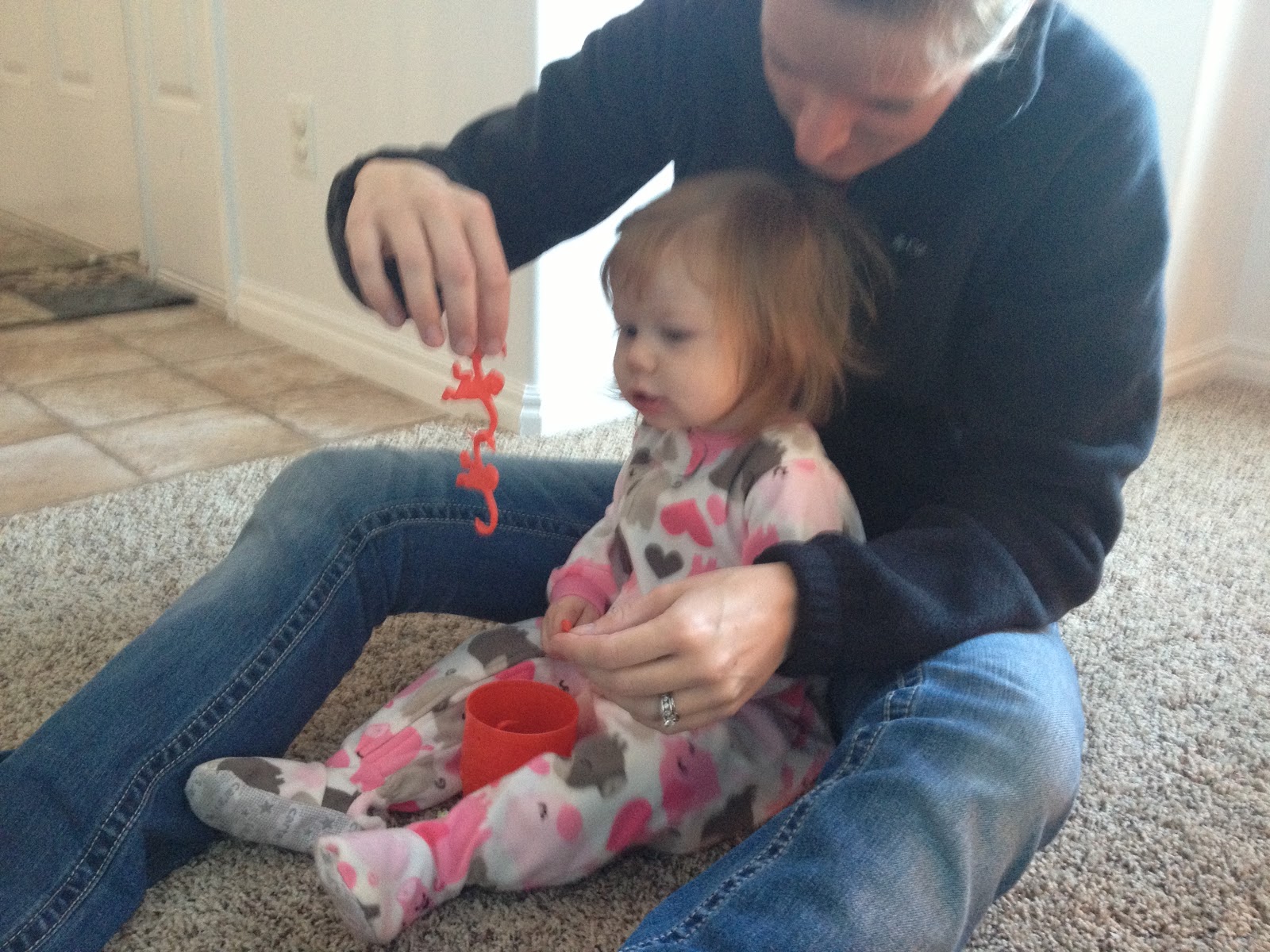 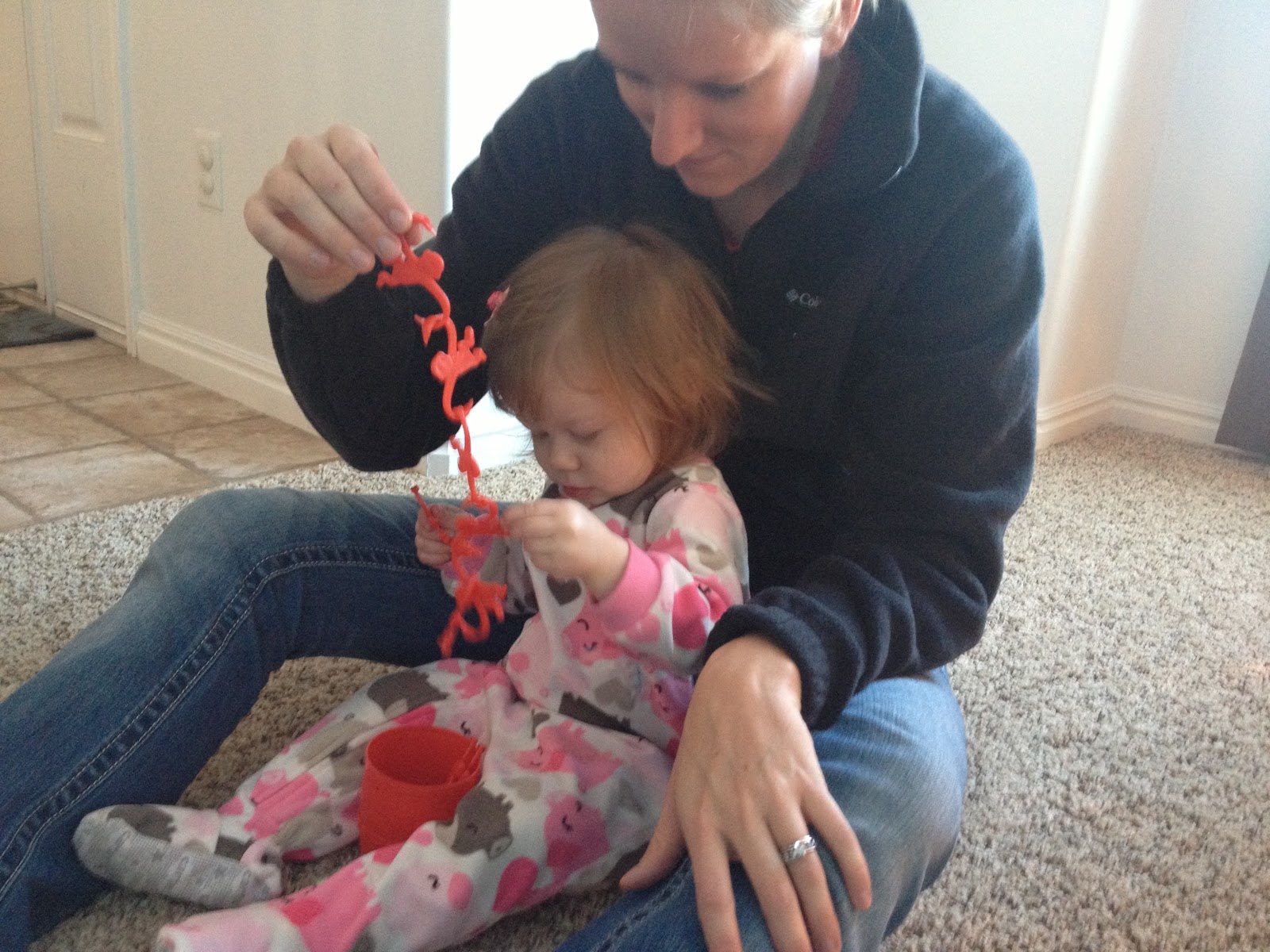 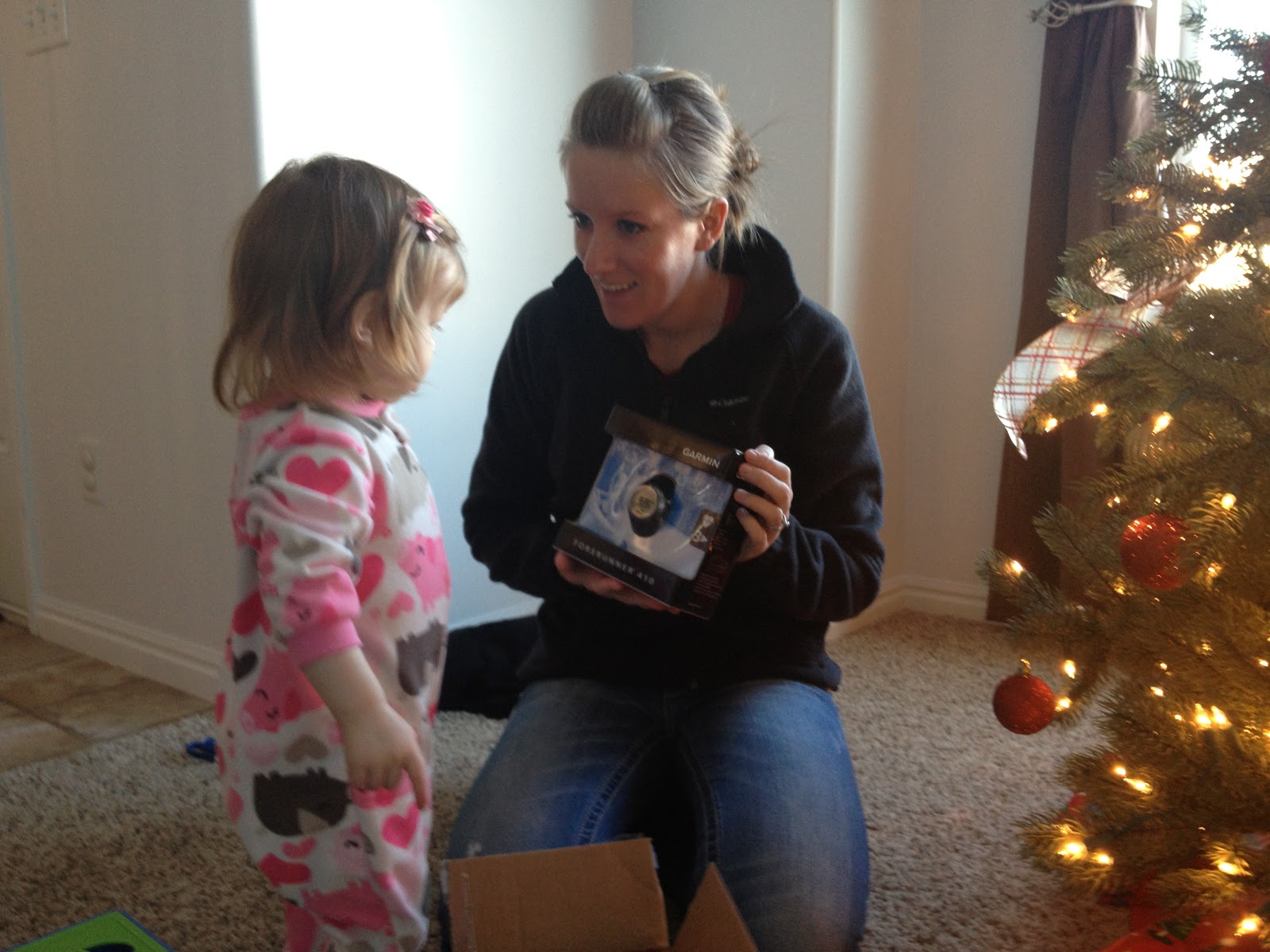 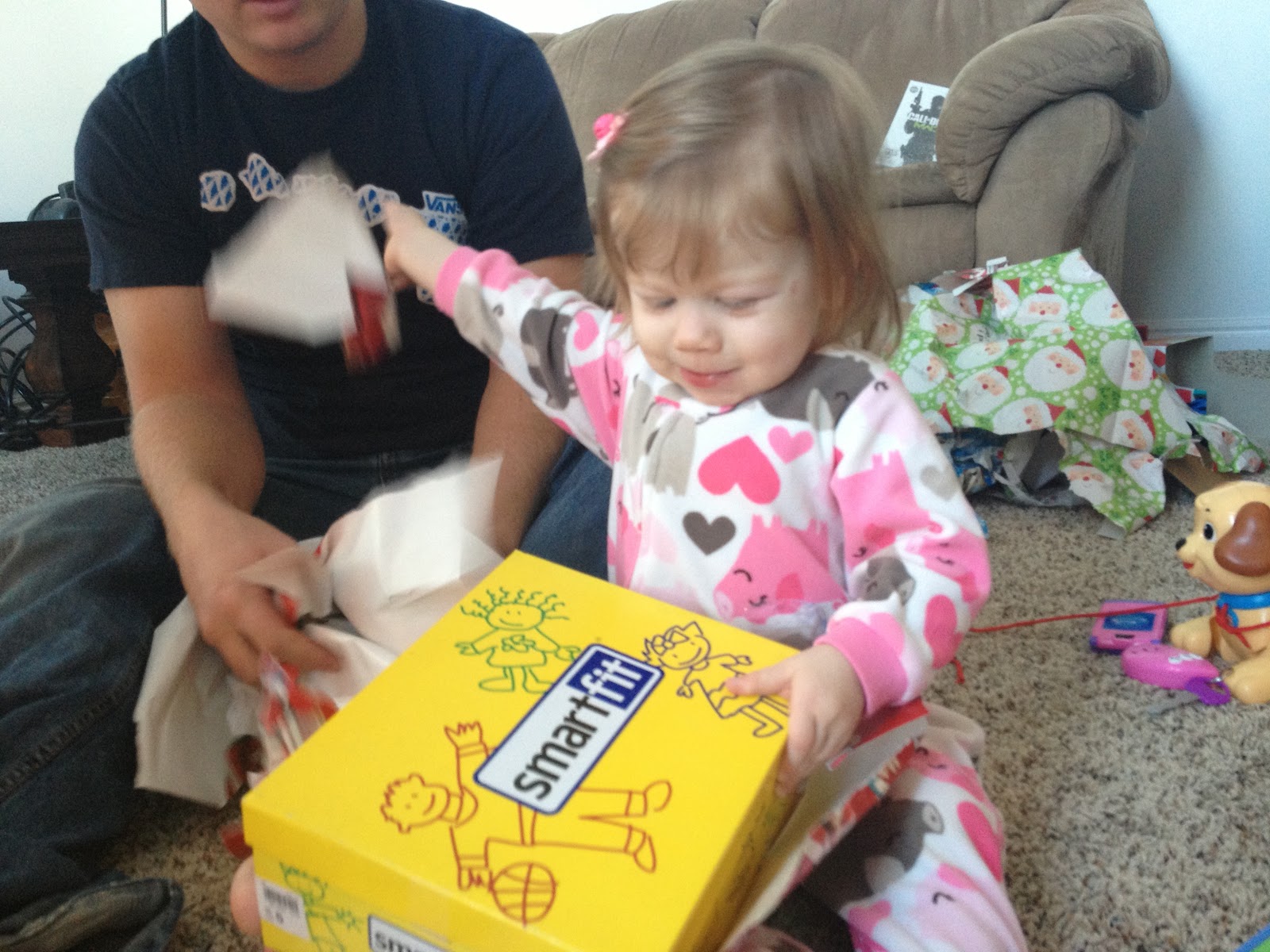 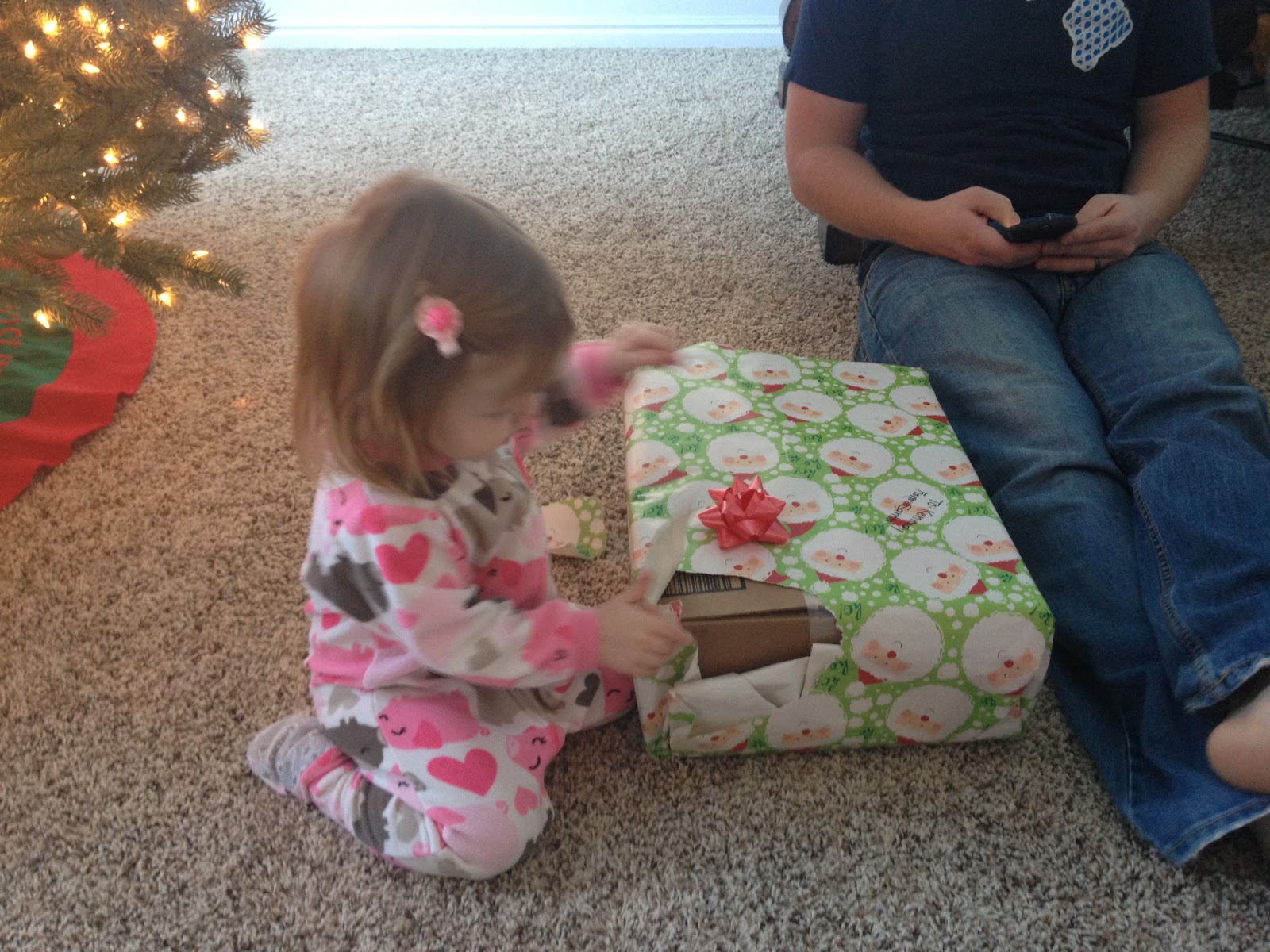 Then we headed up to my parents house for Christmas madness. As soon as we walked in Kennedy headed straight for the presents under my mom's tree. It was funny. The whole family sat around and passed out our gifts for one another and had lots of fun. My mom even gave us a good laugh in Collin's card. Good enough that I almost choked on my Hersey's Kiss trying to breathe. 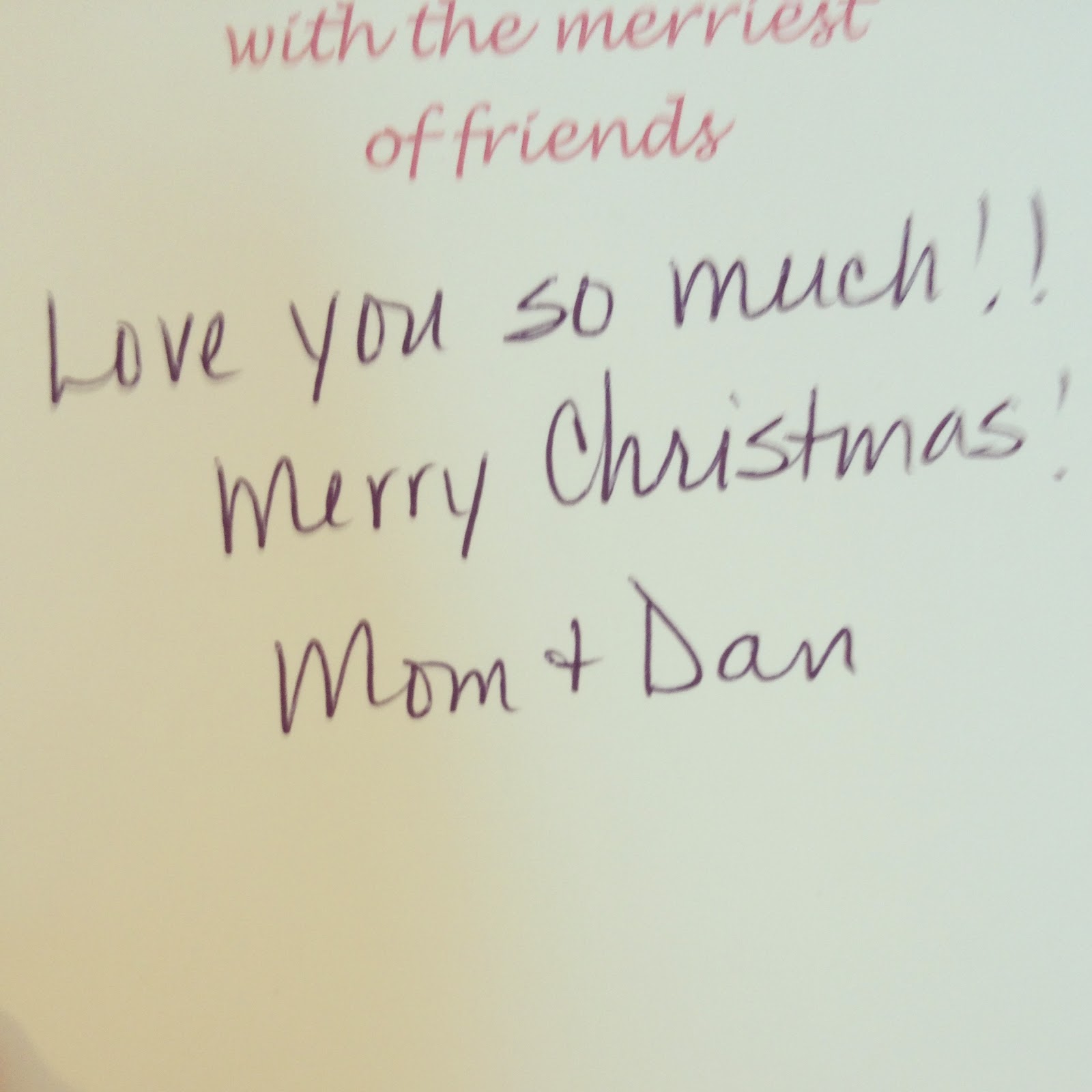 Thanks for the presents, Dan! Someday I hope to meet you.

After all that we headed to Cory's parents house for a super yummy lunch/dinner. Cory's mom is an excellent cook anyway, but I was having one of those days where everything tastes amazing so I REALLY devoured it. After all the crap I've been eating, a salad sounded so good and his mom delivered! I probably ate the equivalent of one of those bags at the store of the salad we had with lunch haha. I had a fair helping of potatoes too. And the ham, WOW! I'm usually not a ham person. It's not my favorite but it's one I don't mind eating anyway. My mom made ham on Christmas Eve and Shirleen made ham on Christmas and both were just divine. I went back for seconds which I never do. Ok, enough about the food....

Jason and the kids weren't able to come down until the day after so we didn't do any present opening over there on Christmas. Instead we played rummy. I got to see a side of Cory's dad I've never seen before.  It was hilarious! Loved it! We also had a little fun with the box one of Kennedy's toys came in: 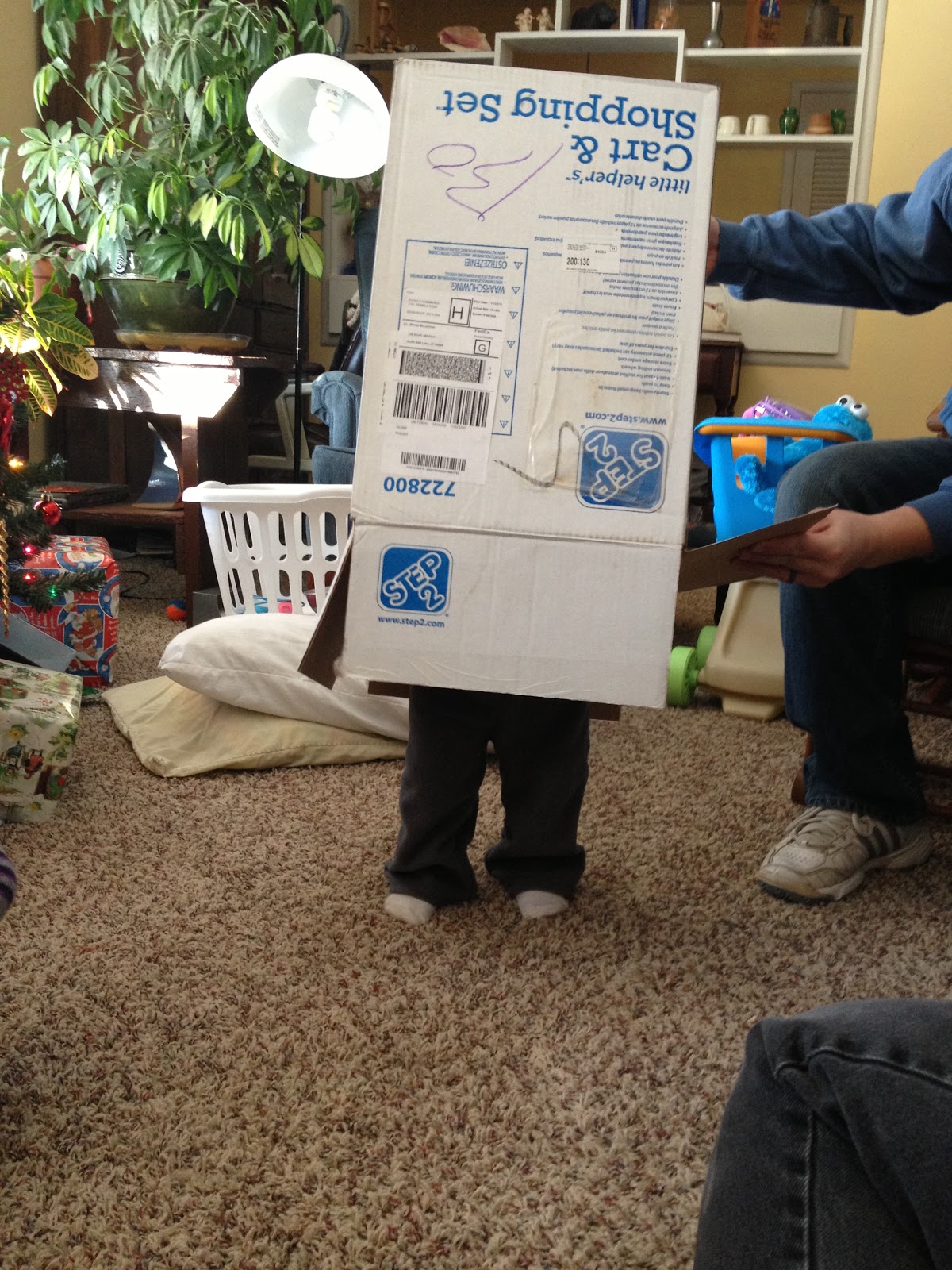 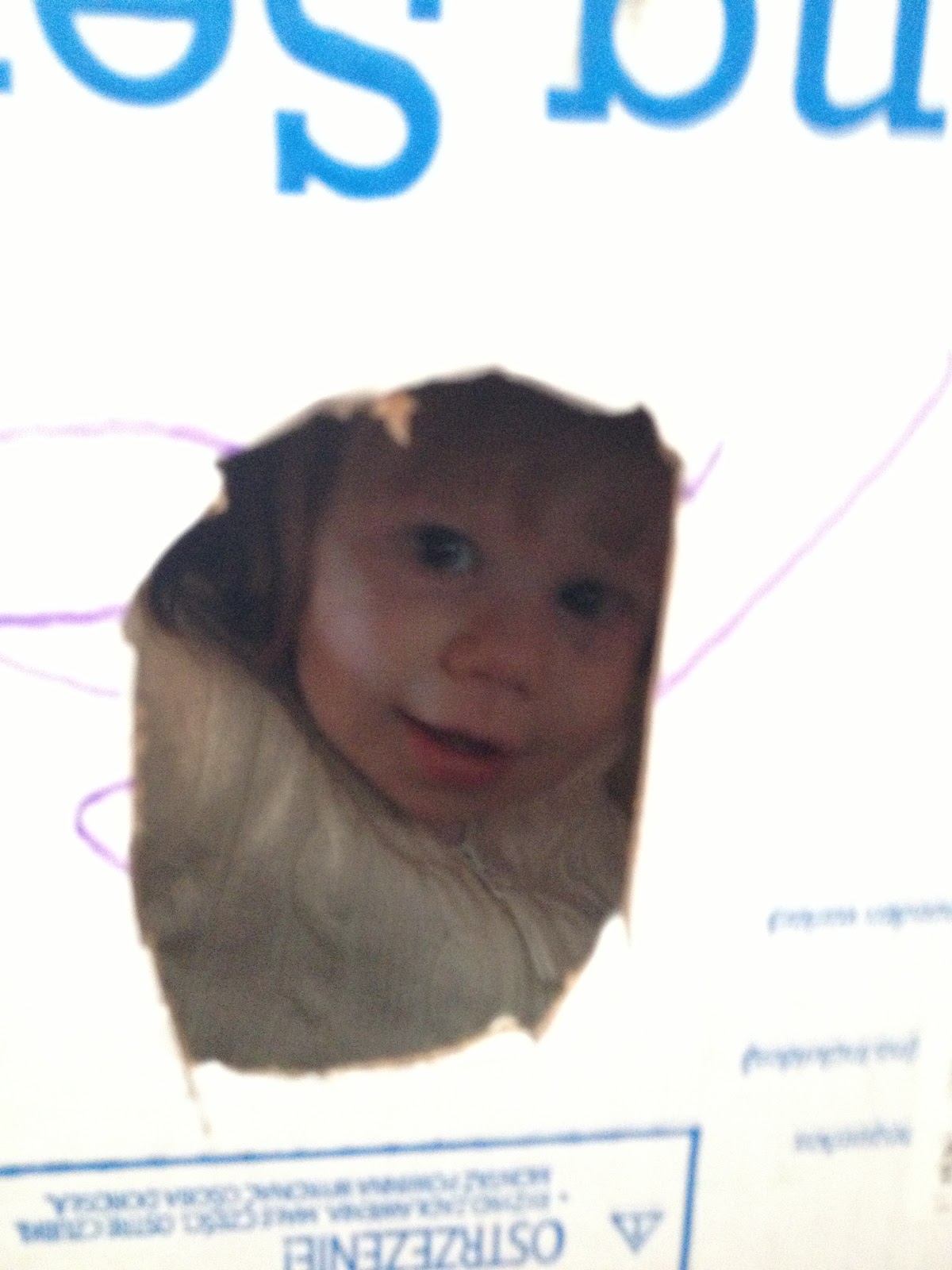 Kennedy was beyond exhausted after the game and she started to melt down. I picked her up and held her and she fell asleep in my arms. That never happens so I sat there and enjoyed it. 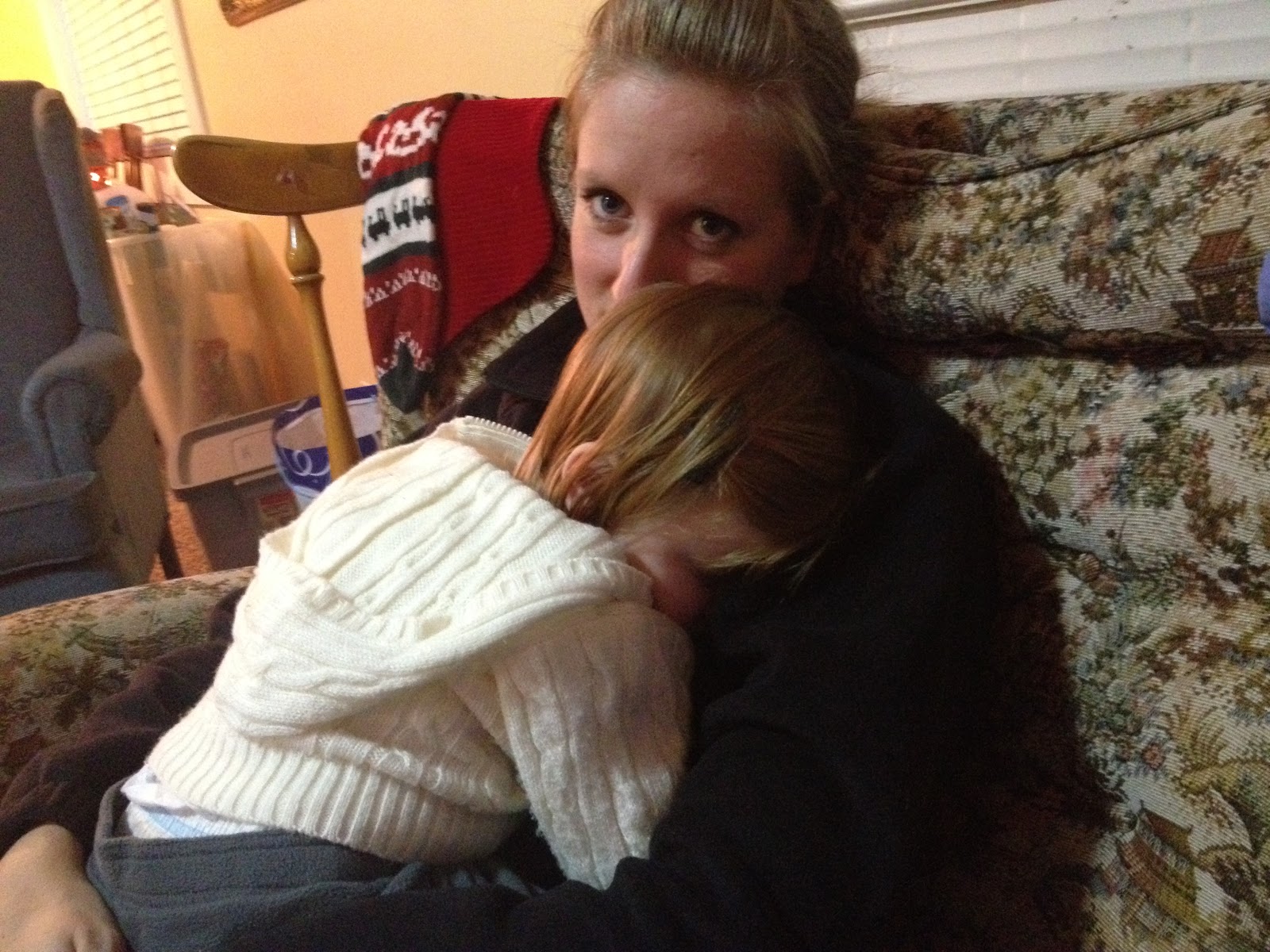 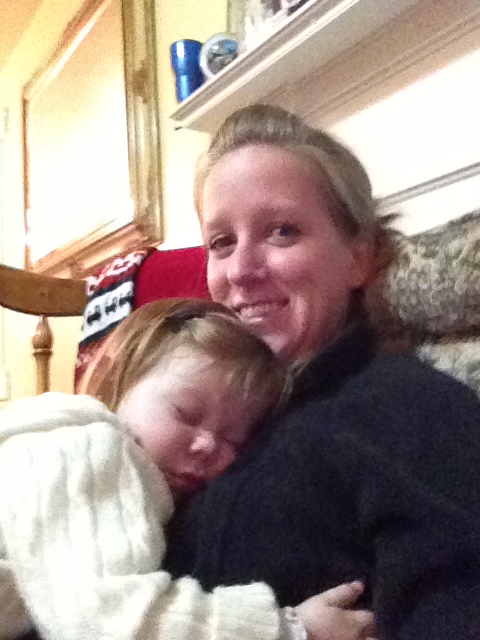 After about 45 minutes she woke up and had a MAJOR MELTDOWN!!! I don't think I've ever seen one that's lasted that long. She wouldn't calm down so we left. She cried in the car on the way home, and for a while after we got home. She was pissed about something. But after we fed her something that wasn't crap (maybe that was it?) she got down and played with her new toys and was back to being an angel. She even went to bed willingly. Crazy bum.

Today Jason and the kids got in to town so we headed up to open presents and have another dinner with them. It was lots of fun! I think everyone enjoyed their gifts and I know it was fun to be together as a whole family again. We got new sleeping bags and we spent a while laughing our butts off watching Kennedy play in one. She'd climb in to the bottom, lay completely flat and quiet so you couldn't tell she was there, then after about 10 seconds she'd kick her legs and giggle and squeal and then lay flat and quiet again. Once and a while we'd tickle her and she'd giggle and squeal and then lay flat and quiet again and wait for the next attack. It was so dang hilarious. Her sense of humor is way beyond her years. I love it!!

Christmas was great this year! I am so grateful for the wonderful people I have in my life and for the birth of the Savior. We're looking forward to 2013 and another wonderful year of our awesome life :) Couldn't be happier!
Posted by Megan and Cory at 10:01 PM