It snowed today. A lot. Kennedy is finally old enough to get outside and play in it! So that's exactly what we did! The snow suit we have is 18 month size and was gigantic on her, but she looked like she had a cute little sumo suit on.

We went out back and she saw the snow and got excited. She ran right over to it and bent down to try and touch it but lost her balance and ended up like this: 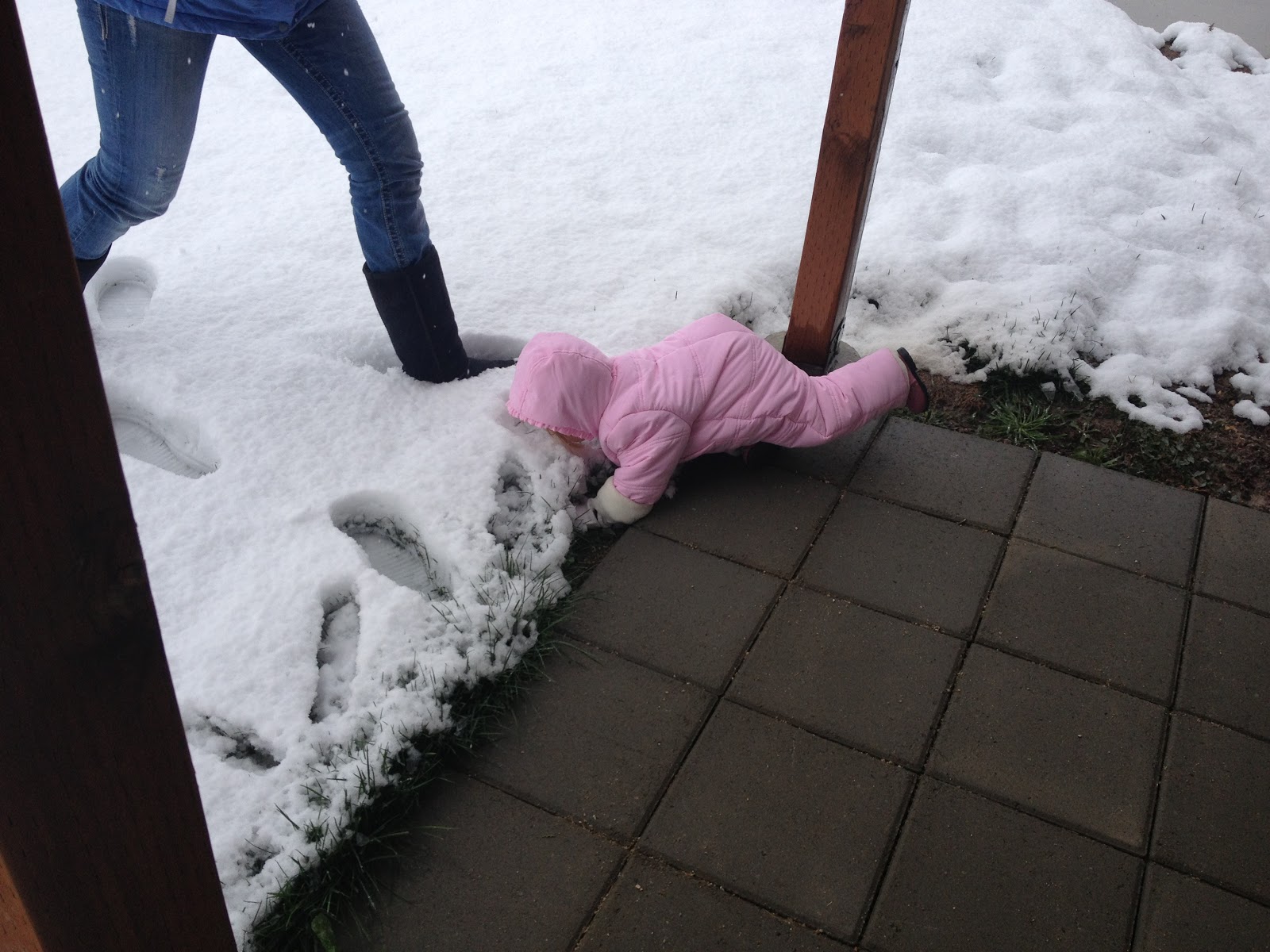 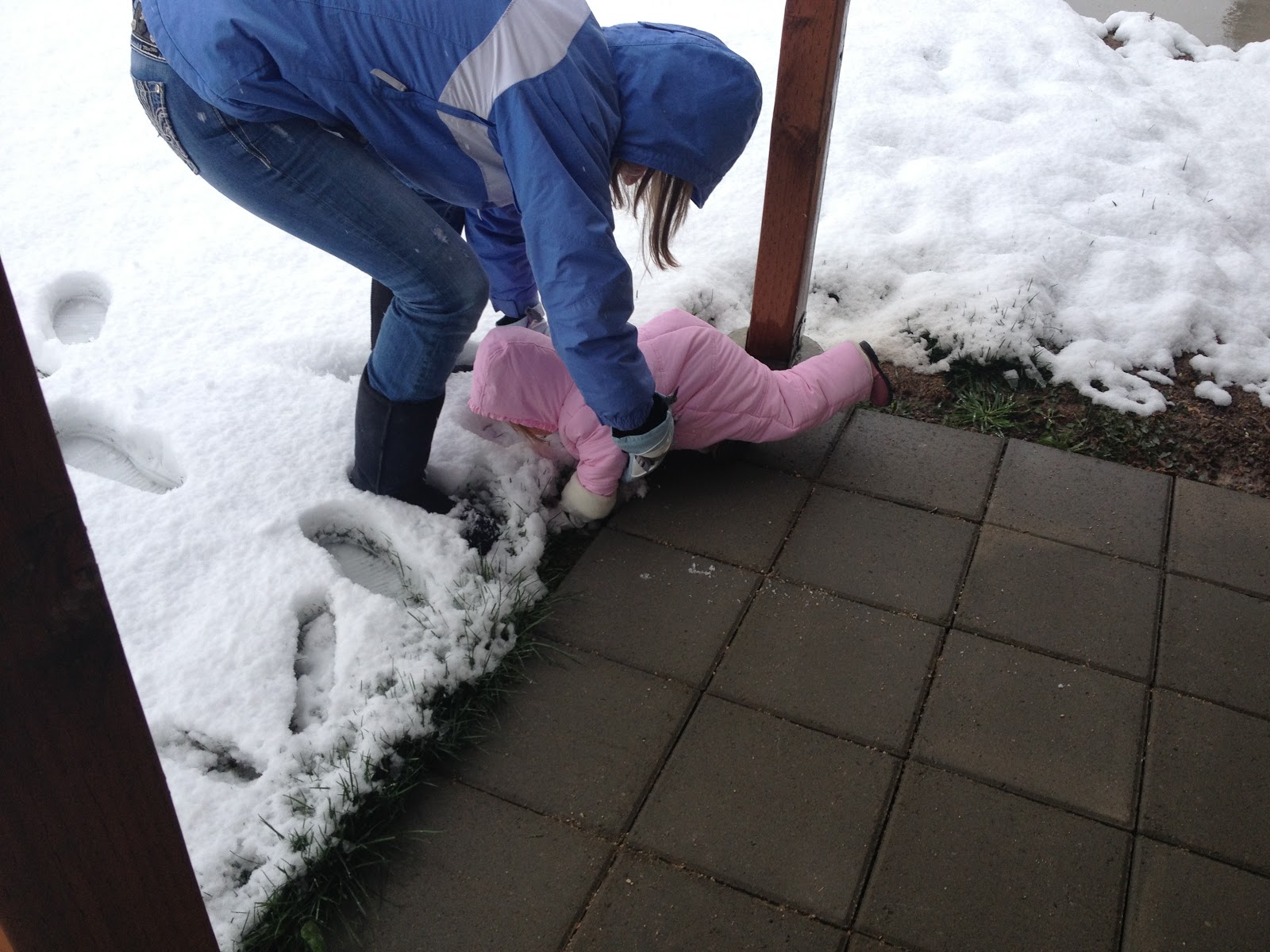 The poor little thing face planted right in the snow! And narrowly missed the cement. It looked hilarious though and Cory and I couldn't stop laughing even though she was upset. Here is the print her face left: 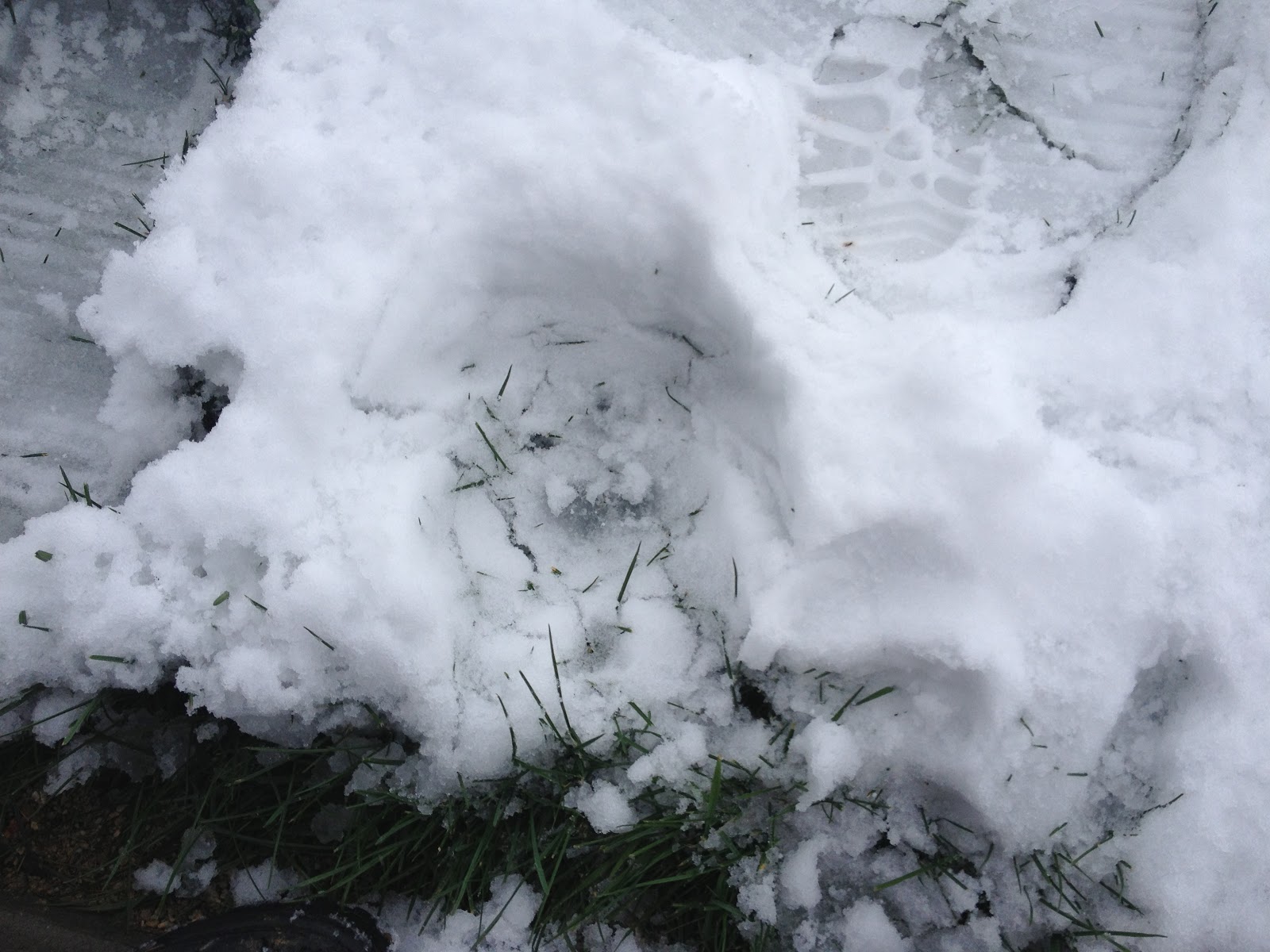 After that we had fun though. We tried showing her how to play in the snow without much success. She liked it, but she just kept watching us. We even let her taste some but she wasn't too impressed. 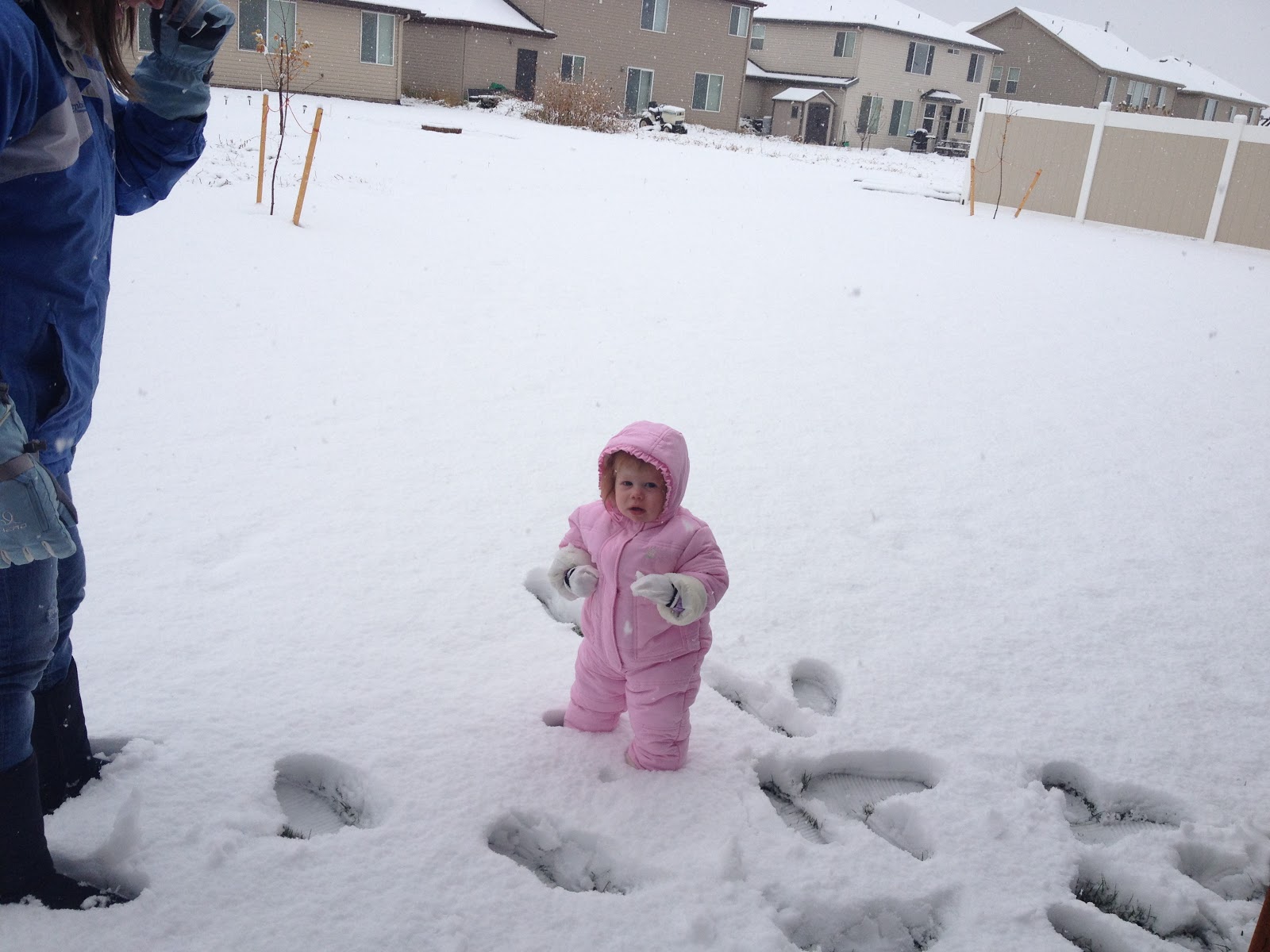 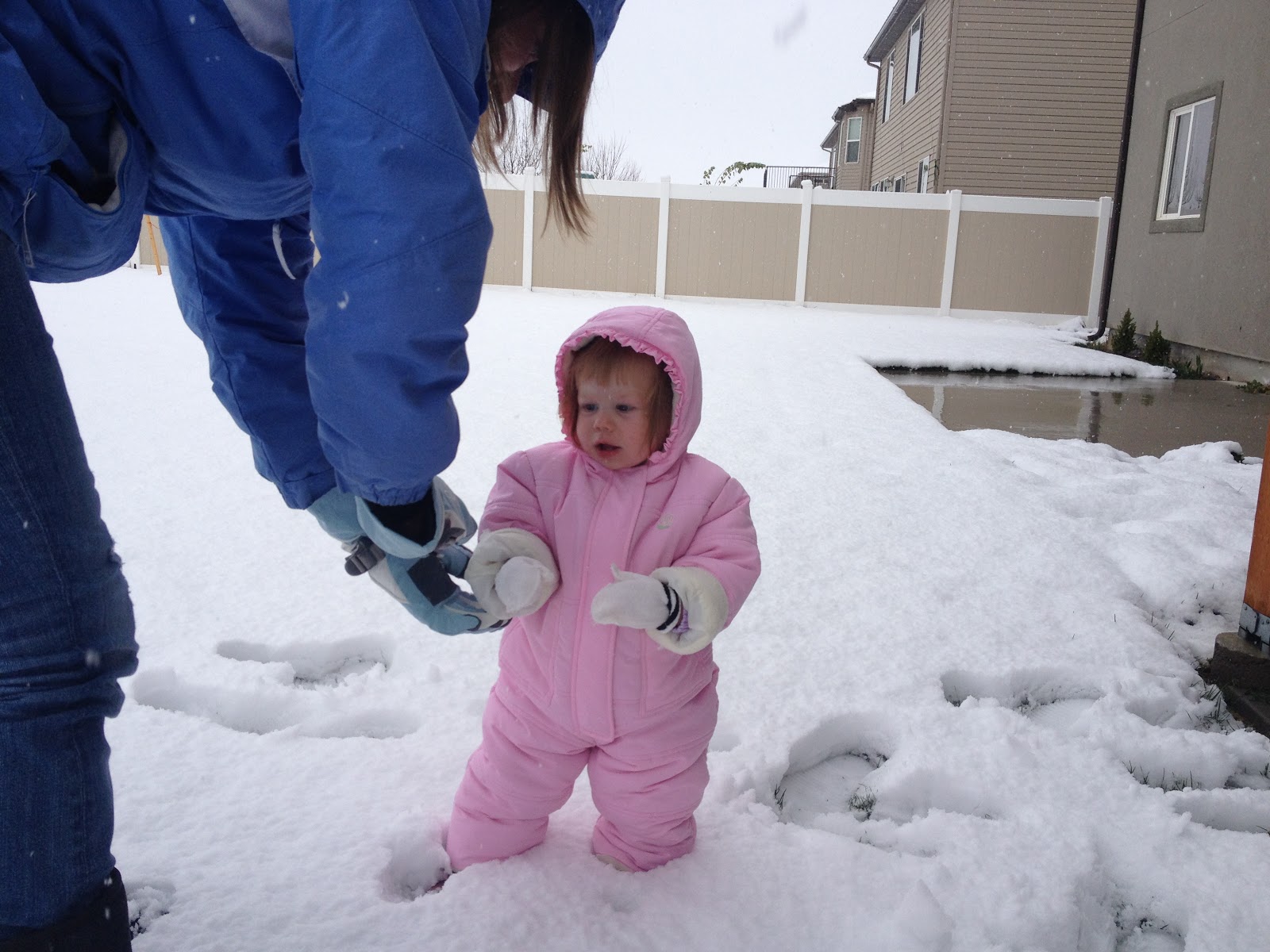 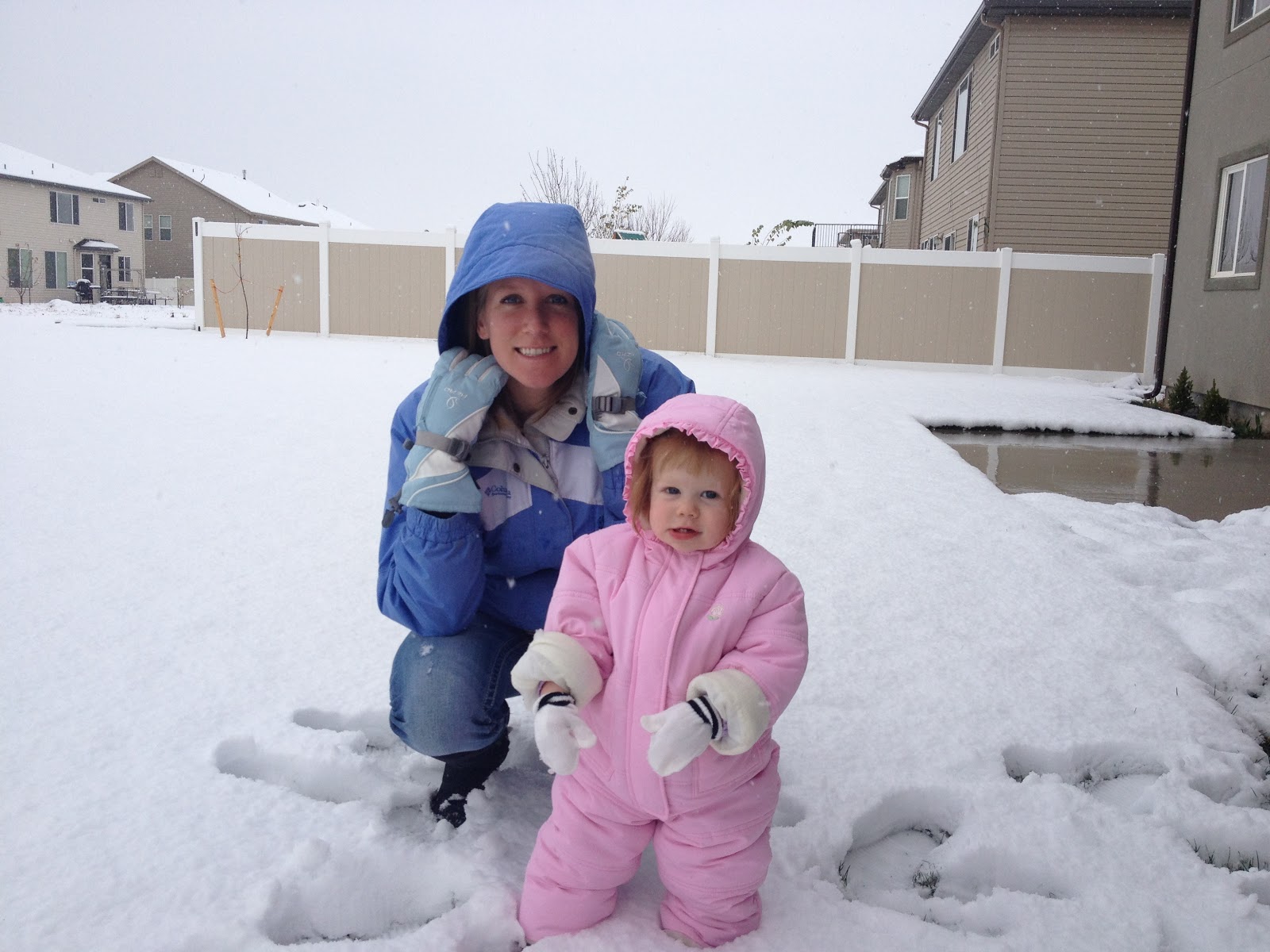 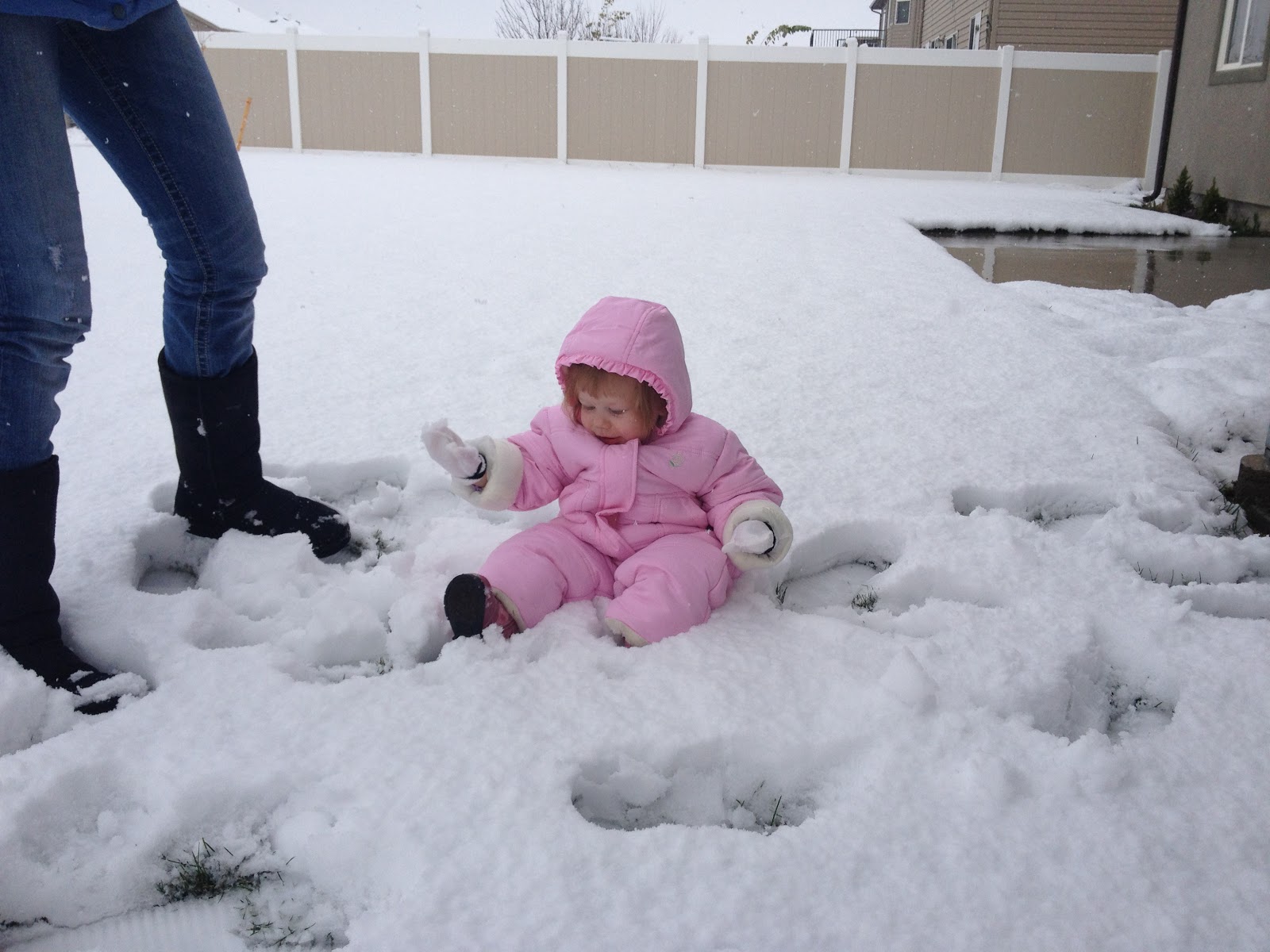 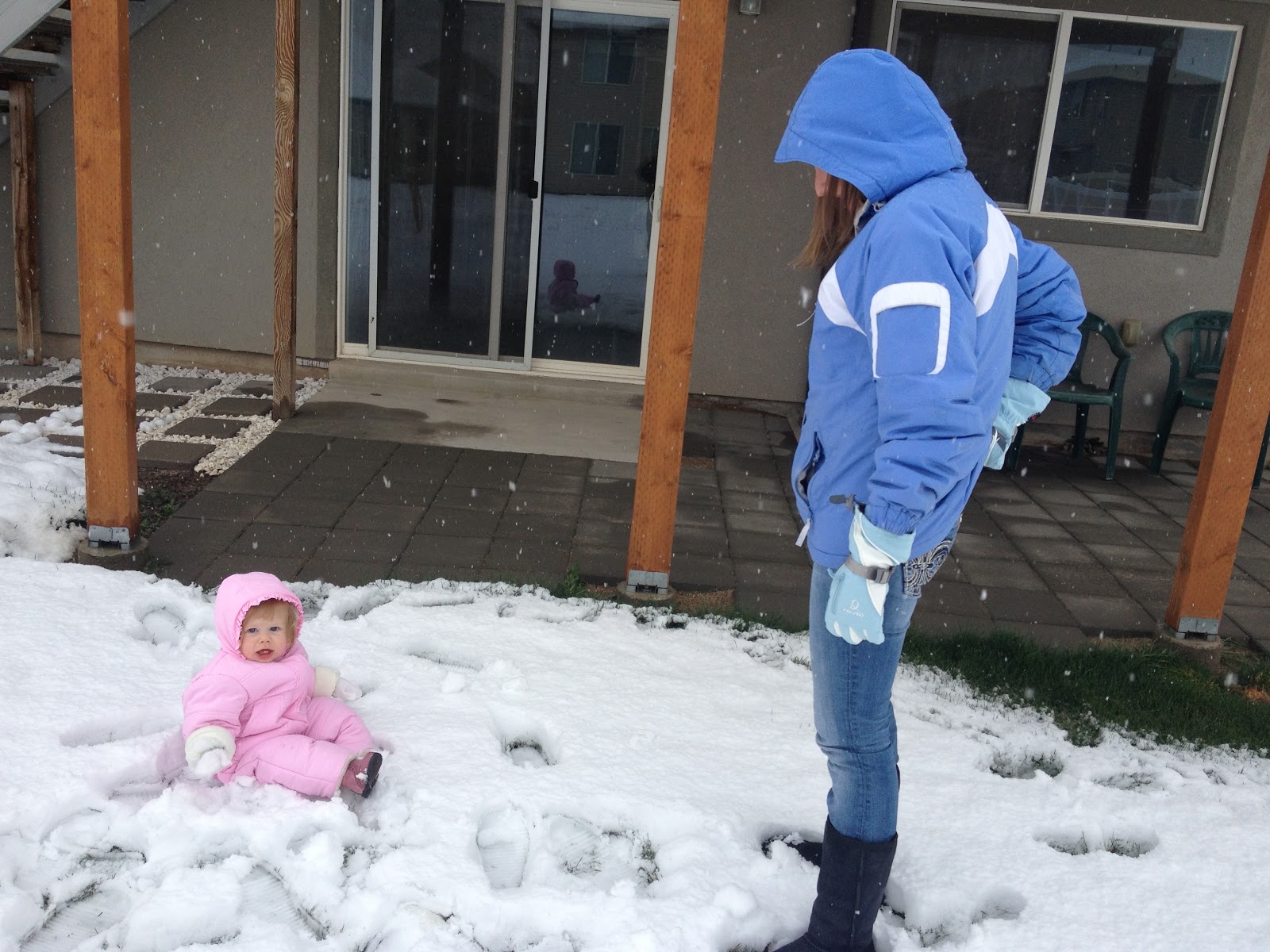 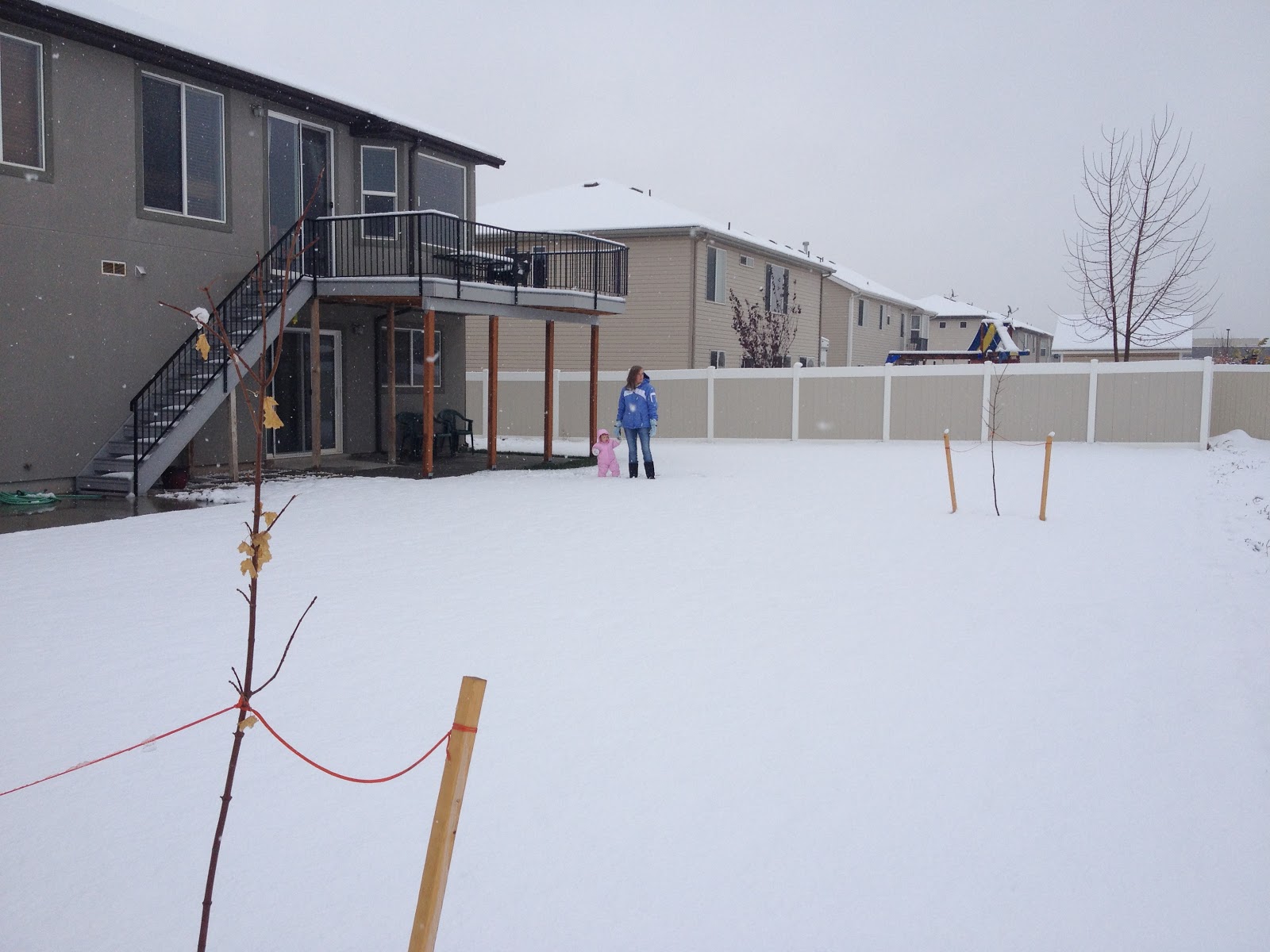 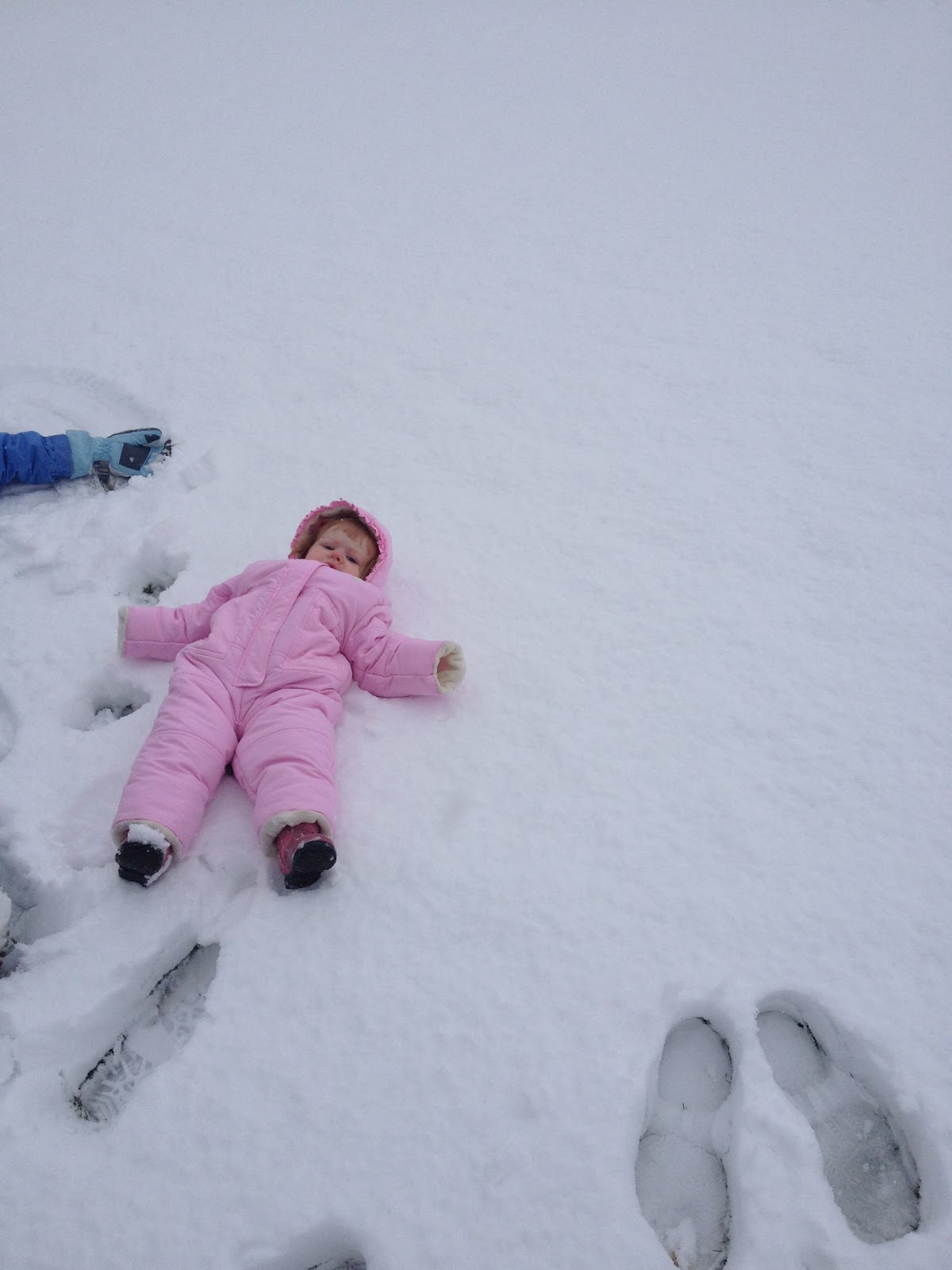 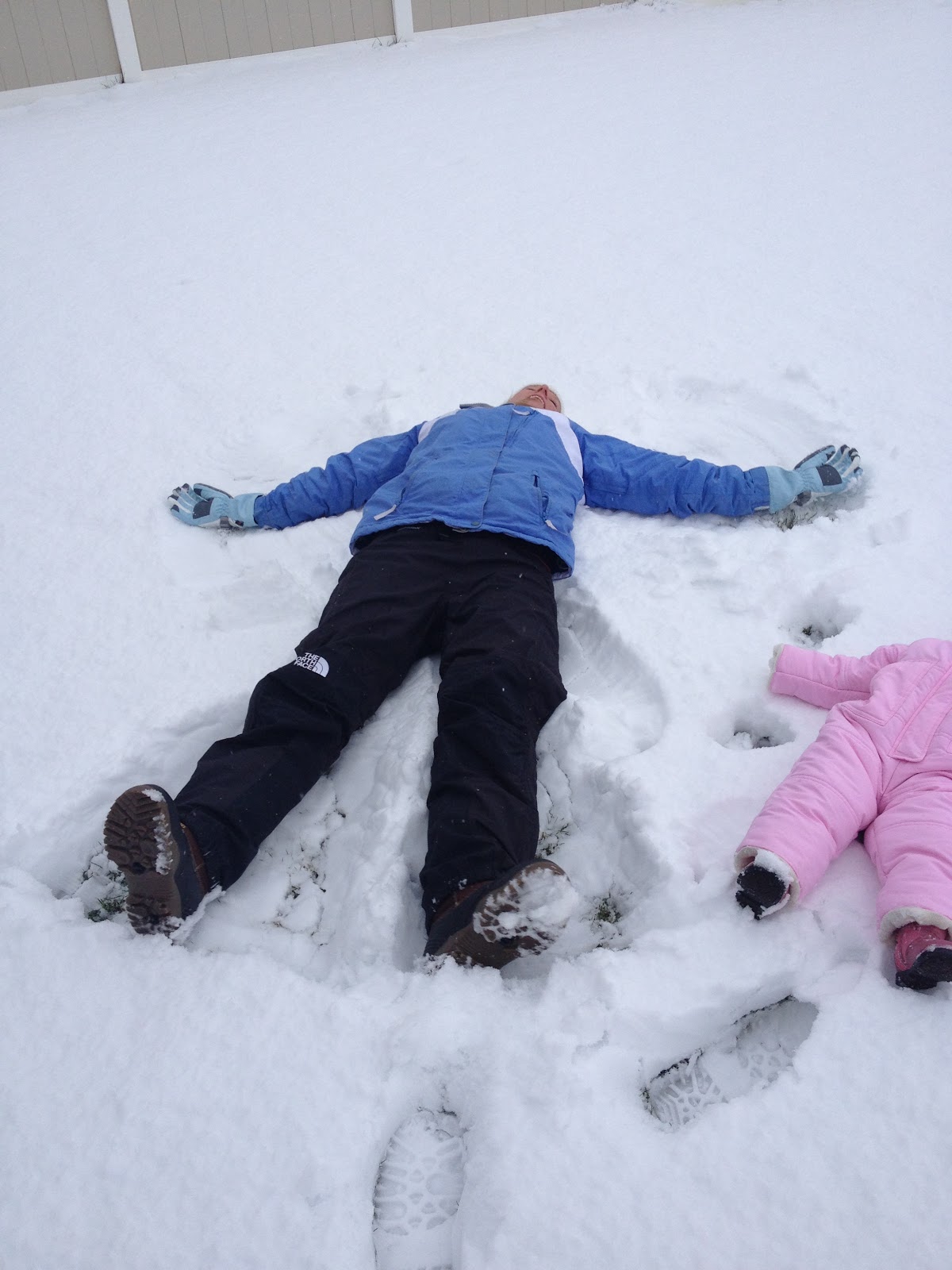 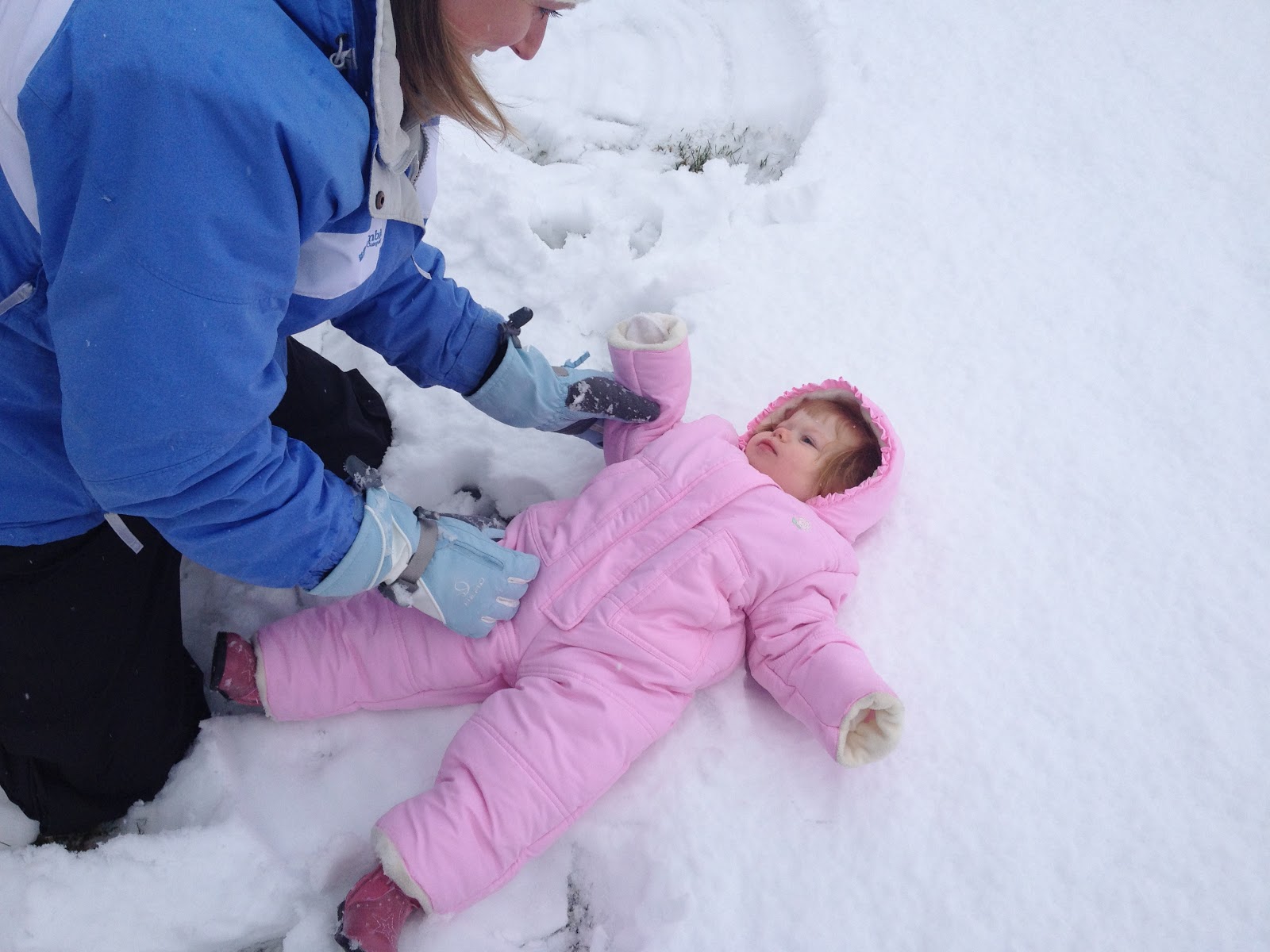 But this is the best we got 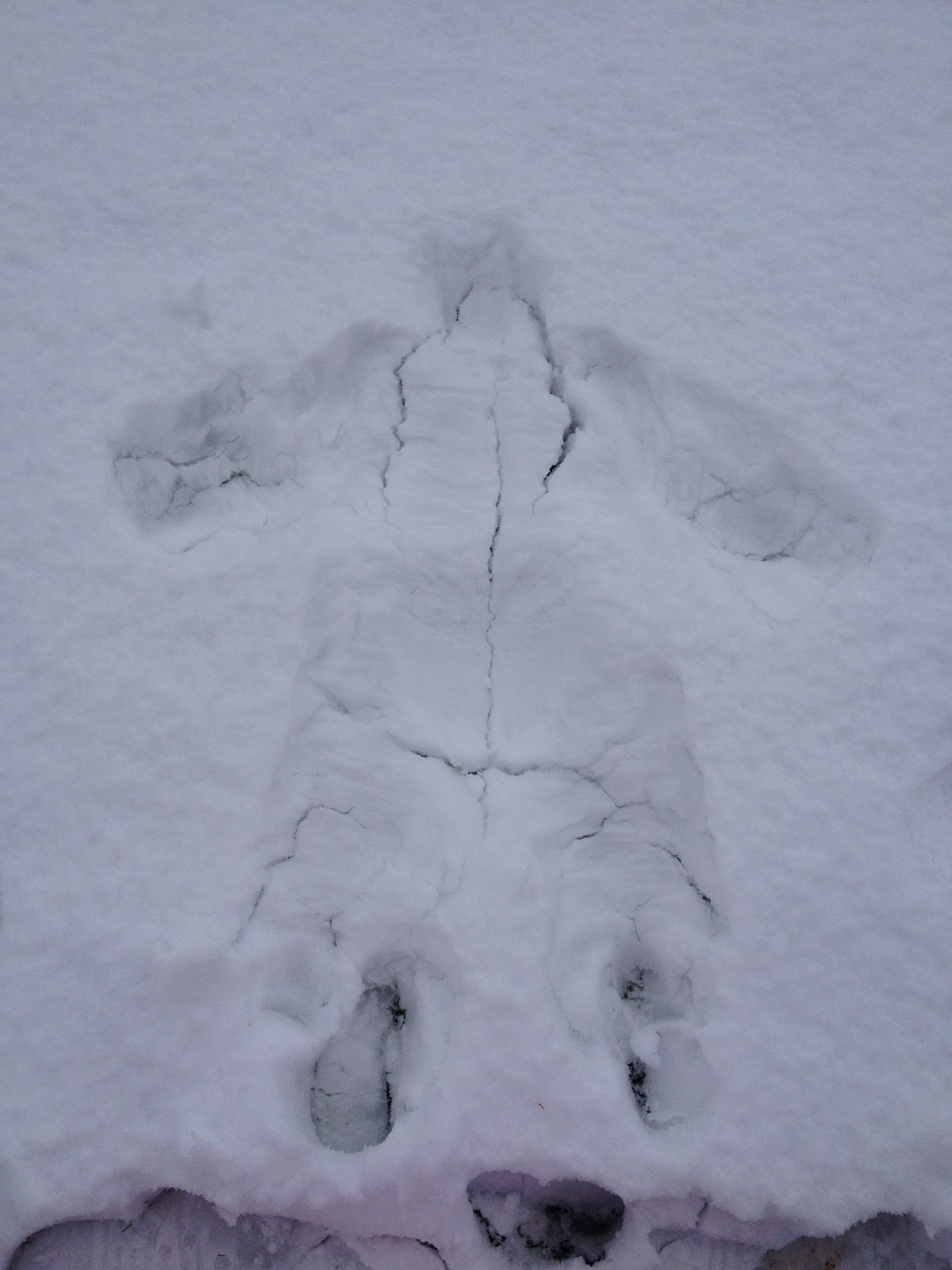 We had tons of fun on our first snow day! We just need to find her some tiny boots and gloves and we'll be set! I hope you enjoyed the snow as much as we did. 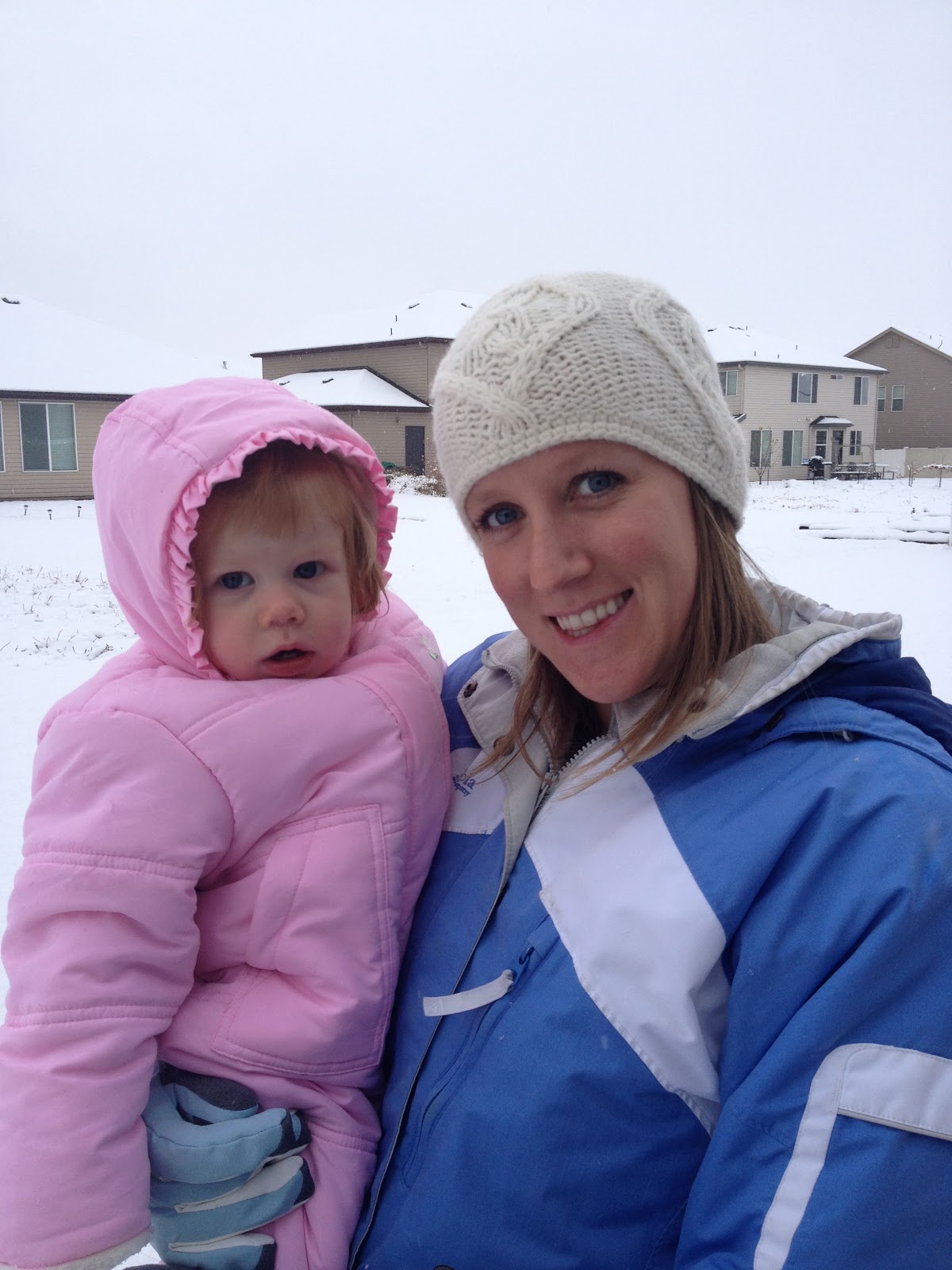