I was so stinking excited for Halloween this year! We had a lot of fun. Kennedy was a lamb. I only bought that costume because it was warm and I didn't want her to freeze and of course the weather was spectacular! But she looked so cute! 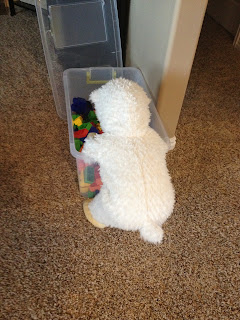 This was right before a Halloween party at a friends house on Saturday. I actually dressed up for that one. 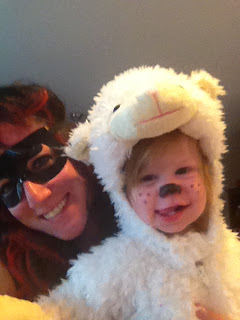 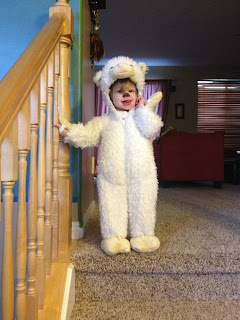 The Sunday before Halloween we had a family party with my cousins. Everyone had a lot of fun! 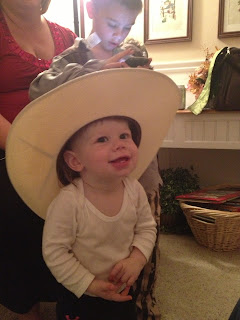 This has nothing to do with Halloween, it's just too funny. 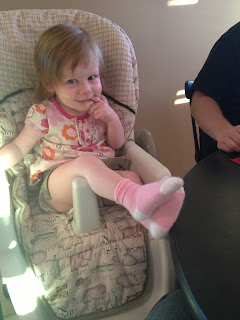 Monday for family night we carved pumpkins. Didn't they turn out amazing?? 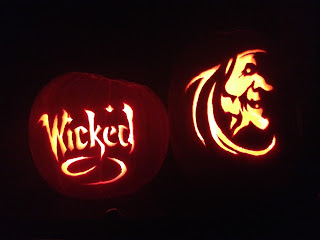 On Halloween afternoon we got to see our friends who have been out of town for 3 months. Trying to get a picture with the two of them was tough. 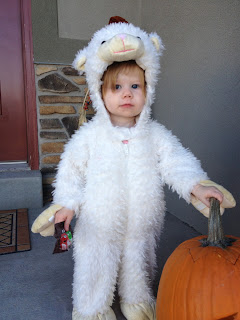 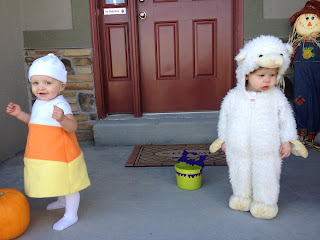 I invited both grandparents and family members to come down and have soup and then go around trick or treating with us. I wish Kennedy would have had some other kids to go with, but I'm sure next year we'll have more company her age. She LOVED it though! She was very selective about which candy to take. She loved seeing all the kids around in their costumes and she would say "thank you" at every house, but it would be as we were walking away. I think one person got to hear it. Oh well :) 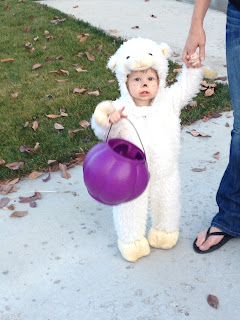 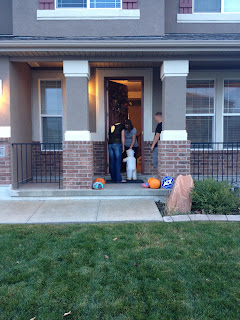 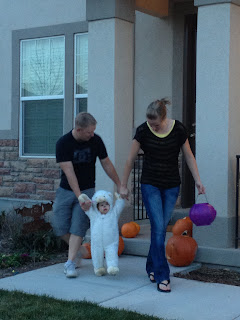 This one is a tad blurry but still cute. 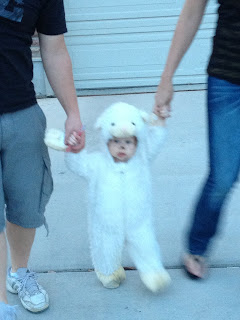 After trick or treating we enjoyed Halloween treats and hot chocolate while we had a fire in the fire pit out front and handed out candy. It was such a wonderful night! I think everyone involved had tons of fun! 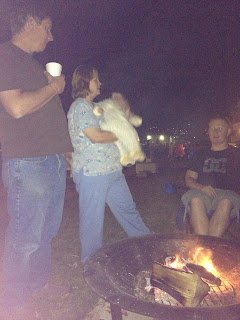 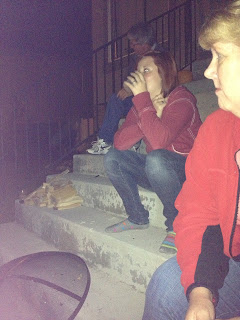 Did you see the moon? It was awesome. 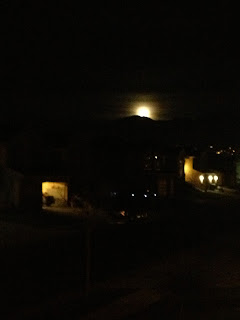 Just before bedtime, Kennedy's cousins paid a visit and they had fun chasing each other around and playing. Aren't they all so cute? I thought she was going to sleep like an angel that night but it turned out to be a pretty bad night :( I fear another one is awaiting me tonight. 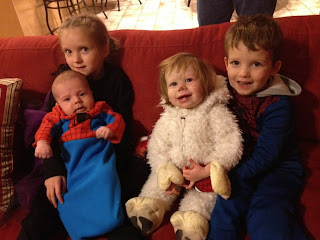 I'm not sure where the ugly all over my face came from, but Kennedy looks really cute. 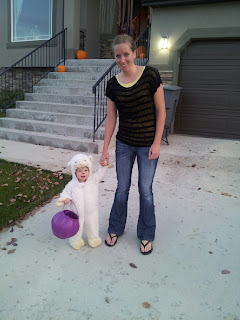 I hope everyone enjoyed their Halloween as much as we did!
Posted by Megan and Cory at 9:26 PM

I loved your idea of the fire out front...it looked like so much fun and was such a good idea!