It's probably time for an update on life around these parts...

We didn't quite finish the railing for the deck before Kennedy's birthday. We hurried and put it up so people wouldn't fall off during her party but it didn't fit to Cory's perfectionist standards (which I'm grateful for) and half of it wasn't painted yet. A month later Cory has been back at it on his spare time, working hard to get it done. He had to readjust a section and we had to paint it all and add a clear coat to the sections that were already painted. He's finished with it all now we just need to put it back up and he still needs to build the gate for the top of the stairs. I'm excited for that part so Kennedy can go run around out there. We badly need some sort of shade device on there but that's not going to happen this year I don't think. Trex is really hot stuff. We put a thermometer out there today and the surface got up to 118 degrees. EEEK!! Sooner or later though we'll have it just the way we want it. I'm so glad we have a deck though!!

We also never did anything for under the deck so we put stones underneath to make a patio.
Again, in time we'll have it the way we really want it but it's coming along.

We also have two new additions to our family. We have two very small, very fragile trees!! Yay!!They're about 6 foot tall maples. I'll honestly be totally amazed if they survive but if they do, in about 35 years we'll have a shady backyard :D We want more back there.... you guessed it....someday.

I'd like to say that I'm sick of house projects but thanks to Pinterest I'm addicted to them now. I'll keep you posted on the million ideas I have for our home as I slowly get them executed.

Pictures of all these will be coming.


Next update, the rug rat.

Kennedy is giving us a run for our money. Each night I go to bed thankful she's alive. Ok, not really, but man she is one busy and fearless monster! I absolutely love her personality. She's so fun and dramatic and a thrill seeker. But at 13 months, that can be a little frightening. 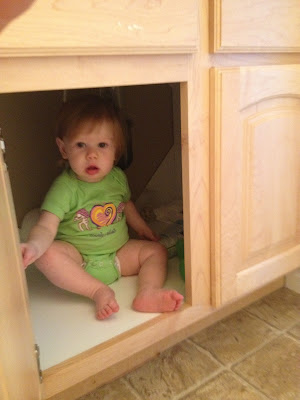 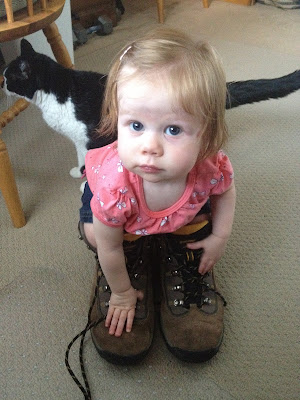 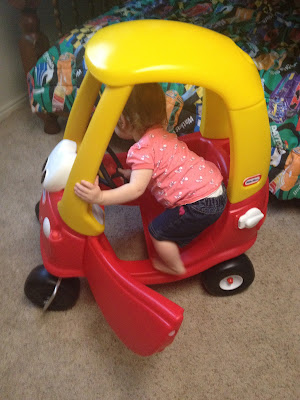 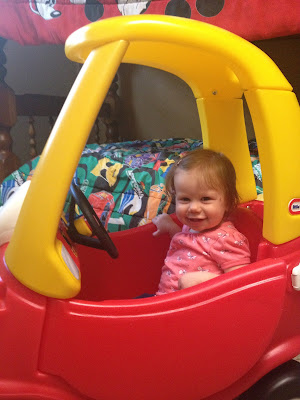 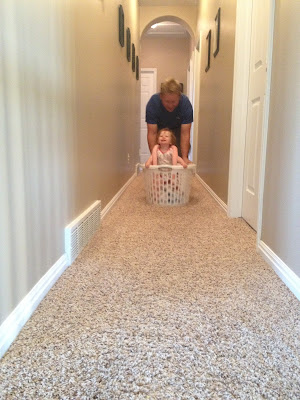 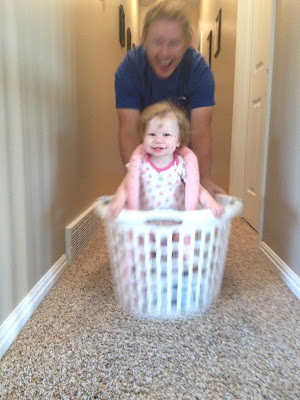 She climbs everything. EVERYTHING!! I guess she gets that from her mommy. She loves to be thrown around and to go fast and be adventurous. She also loves, loves, LOVES animals!! 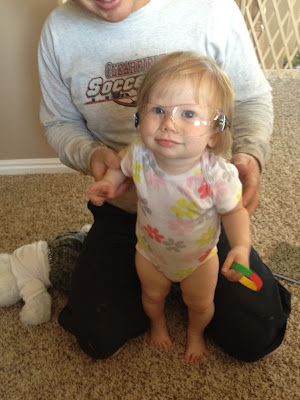 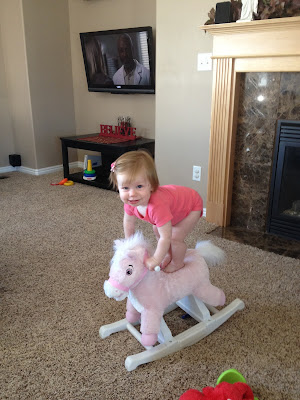 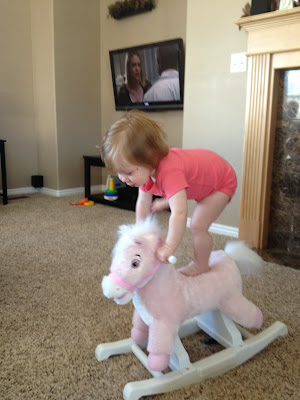 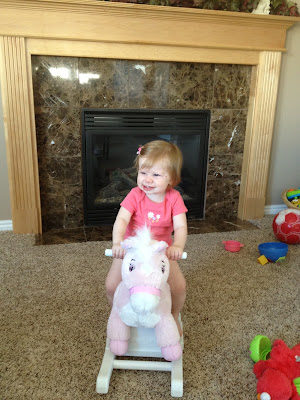 She's way too smart for her own good. All she has to do is watch us do something once and she has it down. Cory gave me a fierce kiss yesterday while she was standing on the couch next to me and she saw it happen. Cory walked away and Kennedy turned toward me with a serious expression while staring at my mouth, walked up to me, grabbed my shirt and pulled me in, and planted a big wet one on my lips. She continued to give me kisses on the lips all night long. She has done it since then too and today she gave a little three month old baby kisses on the head over and over. She's so sweet!

Her word vocabulary is growing. She still says "Dadda" and "wow". She now says what, Momma, yeah, and no. She also tries to make animal sounds which is my favorite thing ever!! I've been debating back and forth about whether or not to teach her sign language. I don't think I will. She tries to talk and we don't have major communication issues as of right now. Our issues right now are she doesn't eat. She used to love everything and now she doesn't. It's a rare thing if I can get her to eat more than a couple bites of anything. Food is now a toy and a tool to make Mommy mad. But we're working on it. 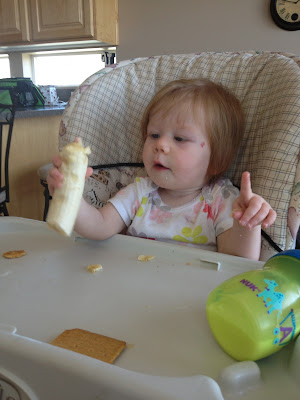 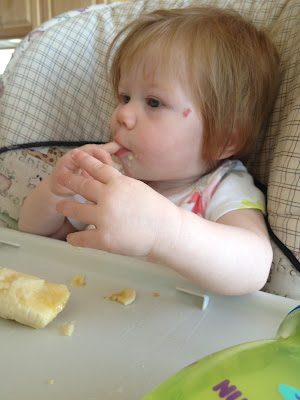 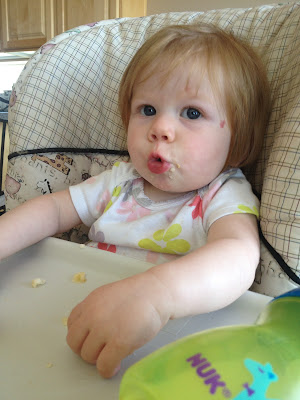 She seriously is the best. I could write about her all day but I won't. Her smile and kisses and hugs make every second worth it. I love her so stinking much.

We're doing well. Cory is the most amazing and hard working guy ever. He makes me laugh every day and I appreciate him so much.

I'm doing alright. Like everyone I have my struggles and vices but things are OK. I wish my body would stop malfunctioning and that I didn't get so hurt over relationships but it is what it is. I'm very grateful for the close friends I do have. I spend so much time focusing on the bad I forget that I have amazing, selfless, caring, and accepting people in my life. I don't know where I'd be without them. I'm happy and I'm so blessed and thrilled with the life I have. I wouldn't want it any other way.