The great thing about having a blog is that any time we do any kind of fun activity, no matter how uninteresting, I get to tell the world about it!

Our goal for this summer was to make it really great. We had ambitions for camping, climbing, swimming, hiking, going places... you know, summer stuff. We hardly got to do that last year so we wanted to make up for it. It's now July and we've hardly done anything. How does that happen? In order to remedy the situation, instead of just sitting around and saying "we need to do such and such one of these days," we actually went out and did it today.

We went up Little Cottonwood Canyon above Alta and decided to hike Catherine Pass. Neither of us had any idea where it went or what it was really, we just wanted to hike. How's that for responsible outdoorsiness? Let's just pick a path and follow it! We found the trail head, loaded up with our packs and Kennedy, and hit the ground running... for about 10 yards. I ran a long, challenging route yesterday and was a bit achy in my joints and Cory doesn't exercise so when the hike started getting steep, and didn't stop, we began to get a little tired and slow down a bit. Our enthusiasm drained after about half a mile. Cory turned around and said, "We can't see the car anymore, it would be ok to turn around now. We hiked." He was partially kidding. But we decided to brave the trail knowing coming down would be less difficult, at least for our cardiovascular systems.

The hike was so beautiful! The Cottonwood Canyons have always been my favorite. They are so gorgeous!! The wildflowers were everywhere and the weather was perfect. It was so worth it! 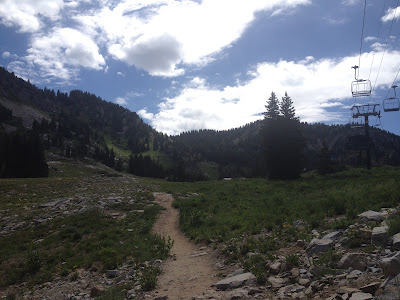 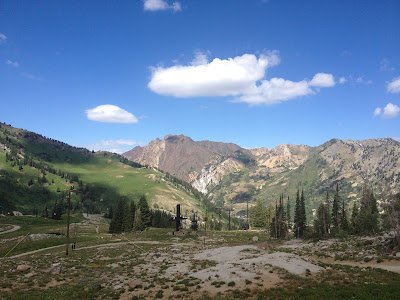 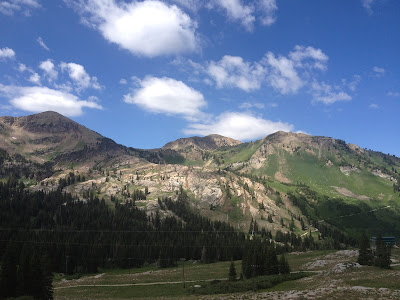 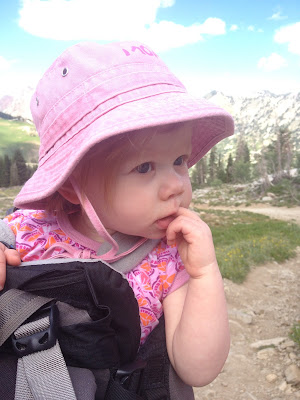 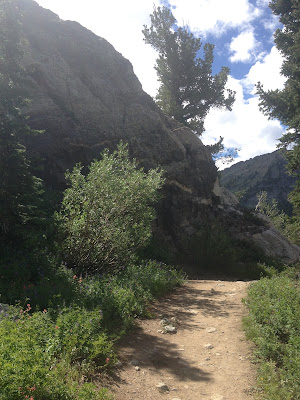 Kennedy was a giant hit on the trail because apparently the only people who hike in the middle of the day on Wednesday's are lesbians and old people, so she was a rare thing to see. One older lady even asked us to stop so she could take her picture. We figured as long as we were posing for someone we don't know, we might as well get a family photo at a spot of no significance. 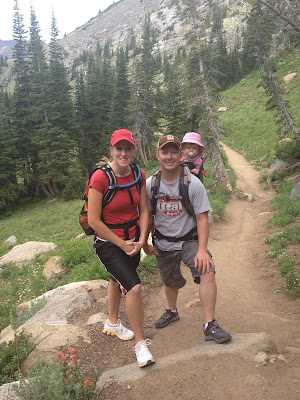 The hike ends on top of the peak at a lake. I didn't catch it's name because I was very hungry at this point and only had food on my mind. So let's call it Catherine Lake... that seems pretty reasonable. It was so pretty and you could see over into Brighton. The trail kept going another couple miles into Brighton if one wished to be like Bear Grylls but we figured our efforts were sufficient. Besides, it was TIME FOR FOOD!! 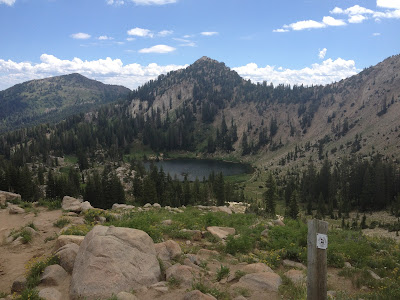 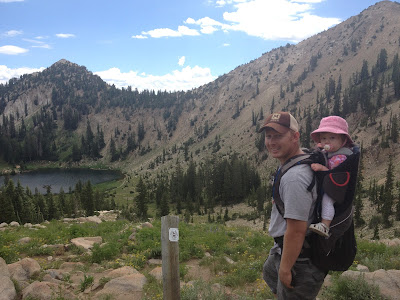 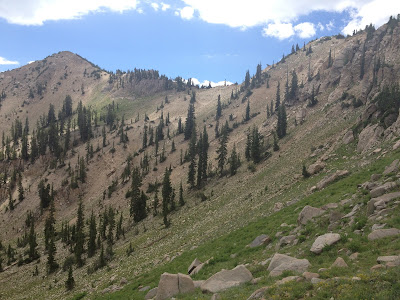 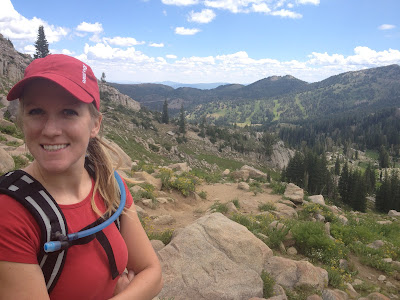 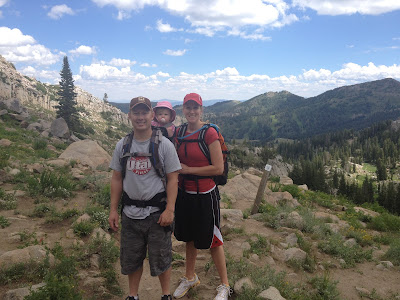 We sat down and made lunch. I didn't admit this to Cory until later, but I had a good time packing the lunches this morning. I liked keeping the sandwiches dry and safe from squishage and packing pudding cups and Cheeto's and plenty of napkins because apparently we're 5. It was a fantastic lunch, if I do say so myself. I'm going to be one of those mom's who puts love notes in their kids lunchbox and a surprise each day, I can feel it. It's my destiny. Anyway, we had 5 pieces of lunch meat left so we basically had cheese, tomato, and avocado sandwiches with a hint of turkey. I'm not real sure why I'm telling you this.... Let's refocus....

While we ate we had some little furry visitors who weren't too shy about stealing our food. Kennedy loved them and tried chasing them a couple times but she soon learned they're too fast and it's better to be lazy and watch them run while eating crackers. I even let her play in the dirt in her white pants. Yeah, I should have planned better. But she looked cute, regardless of her crazy hair! 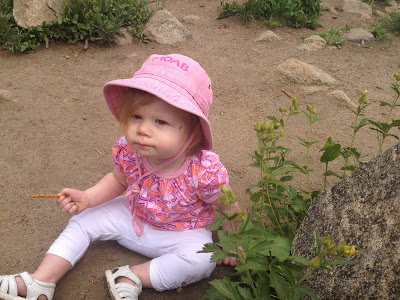 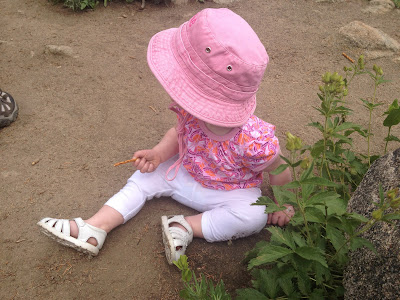 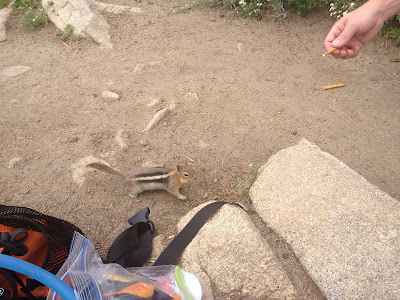 I won't mention the places that pretzel she's holding touched before she ate it. Good thing dirt doesn't kill us :) 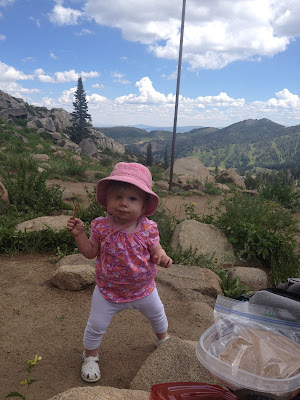 After a while of sitting we got cold and decided to head back. I swear we made it back down in 5 minutes compared to how long it seemed to take going up. But we loved hiking and Kennedy liked it for a while until it crept into nap time. Miraculously she made it all the way home without falling asleep. It may have been  because I wouldn't leave her alone... 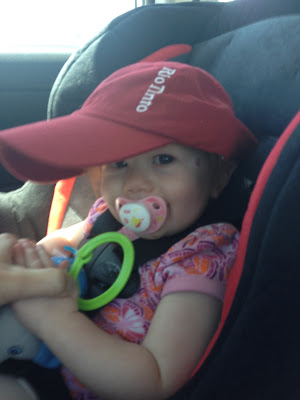