This week has been busy for Kennedy and ourselves and if I don't write it down I'll forget. So....

Four days in a row now she has tried taking a step all on her own. She has lost her balance or just sat down so it never went farther than that but at least she's trying! I catch her standing up alone without holding on to anything a lot these days too. The other day I was out on the deck and came up to the sliding glass door and she was standing at it, looking out, all by herself, with her hands behind her back like an old man would do. It was so funny!!!

Kennedy and I went swimming with a friend last week and she climbed out of the pool all by herself from the first step. So yesterday I let her play on the stairs and she went all the way to the top like she's done it a million times. Coming back down is a little harder though. We'll work on it. And while we were swimming my friend was telling me a sad story and I said "wow!" really loudly and Kennedy was next to me and said "wow!" just like I did. I was hilarious.

I've got to be more careful about her watching me. She wouldn't know how the toilet flushes if it weren't for me, that there's a drawer under the stove, or where the Wii balance board was. I need to learn to hide how I'm doing these things haha.

And in more exciting news the deck is inching closer to the finished point!! I Wasn't going to post any pictures until it was completed but I'll do it anyway. We still need to finishing screwing in all the boards into each joist (whenever it decides to stop being wicked hot all the time) and Cory needs to build the railing. And now, thanks to Pinterest, I have some really great ideas on what to do for a shade awning and down underneath the deck. But we are already way over budget so that might not happen until next year. And right now it looks like we have two different colors of boards but we don't. They fade in the sun a little and some pieces have been out for a while and faded and some just came out of the garage but it will eventually all be the same color. Our grass is also looking awesome. We let it grow a little too long before I mowed it, that's why some spots look yellowish but it's already back to an awesome green and is full and beautiful. We're so excited to spend our summer back there. 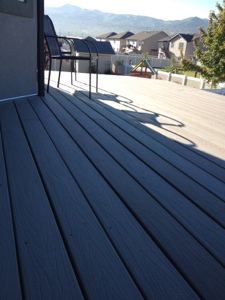 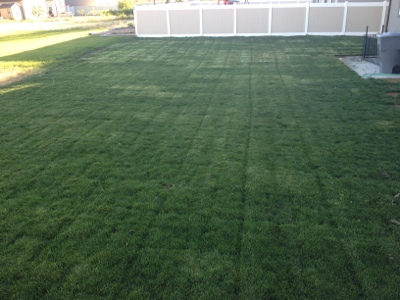 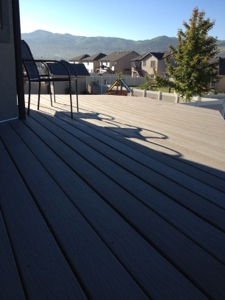 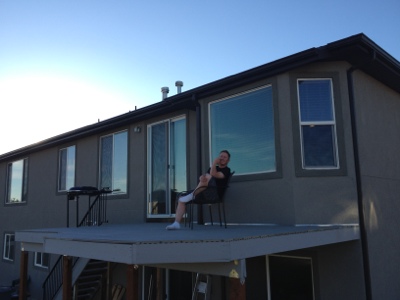 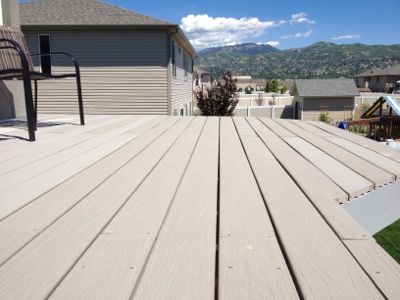 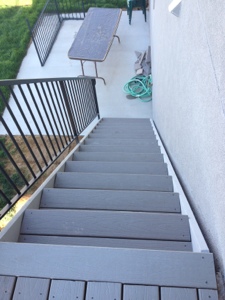 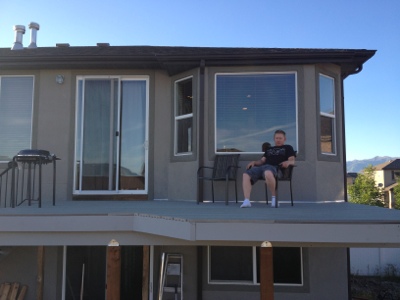 Looking great you guys! Your hard work is really paying off!