This race is by far the best one I've ever done. Holy crap it was so much fun!!!!! You run through the mountains mixed with crazy obstacles that leave every surface of your body covered in mud pretty much. And some of them were pretty challenging physically, when you do them right and not tip-toe through them. We have the scrapes, bruises and pulled muscles to prove it. My favorites were the giant pits of mud. They were tons of fun. My only complaints were there were WAY too many people and the giant slip-n-slide was poorly organized. I was hurrying down it and suddenly heard Cory scream behind me like he was going to run into me. So I stood up and ran and got some amazing speed. We came out on a giant mud hill and from the top it just looked slick and even. What we couldn't see was the water had made giant canyons in the mud immediately after the slide. So I was maybe a yard away from the end when I saw that and an official yelled "slow down" to warn me but that was useful, NOT! It took the time he took to say it for me to reach the end because I was hauling!! And come on, how the heck do you slow yourself down on a slip-n-slide? So as you can probably guess, I slammed into the giant mud cracks with all my force and hurt my elbow and hip pretty badly. I'm alright but I'm scraped up and will be pretty sore for a few days I'm sure. But it was worth it. I don't know what it is about being muddy that makes you feel like a strong warrior, but I was just pumped up and wanted to be crazy the whole time. I think we accomplished that, especially at the end.

They provide freezing cold showers to clean yourself off with. If you ever want to feel like cattle, this is the way to do it. It's basically a huge open area with hoses and you all stand close and hose yourself off. The water was so cold it took my breath away! People were screaming and shivering, oh man it was funny. And we had mud EVERYWHERE! After a few failed tries to get our shirts clean and rinse off our under garments, we finally just stripped down to our skivvies and showered off. It wasn't that bad, people, I had a modest sports bra and Under Armour Shorts on. It was basically like being in a two piece swimsuit and I was way more covered up than a lot of girls there.

It was a total blast!! I am definitely making this a yearly tradition. Maybe even doing both races each year. Sorry the pictures aren't in any kind of order. We have our standard before and after pics and my mom took a picture of all the shoes people had thrown in the donation pile. Pretty cool. There's also a picture of a random group at the start but that's not us. You can see you immediately ascend a huge mud hill. So fun!! Oh and we were supposed to be gangsters but that's hard to tell lol. 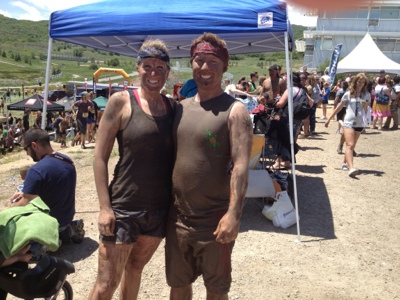 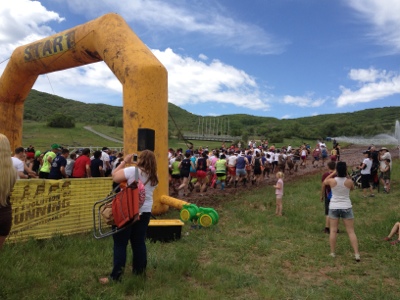 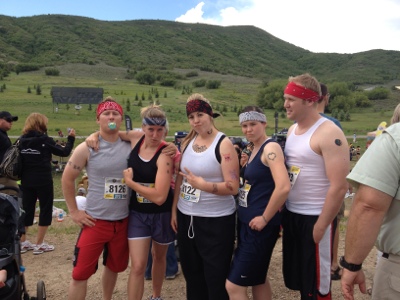 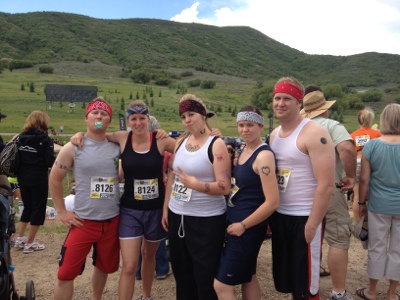 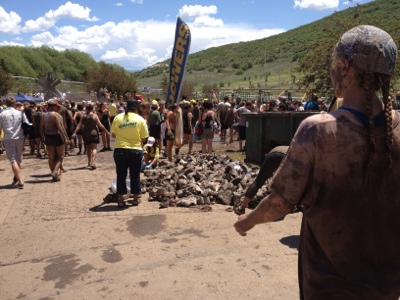 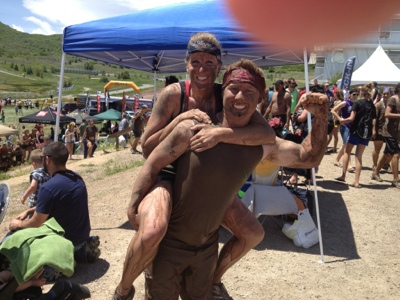