Race for the Cure

Saturday I participated in the Race for the Cure with some friends. I really love this race. It's not competitive, they don't time you, in fact, no one even has numbers. It's just a great event for people to get out and support the fight against breast cancer. The weather was nice and the crowd was fun. I started the race with my friend Joylyn but we got separated half way through. After the race we went around and got a bunch of free stuff and then met up with the rest of our team headed up by my friend Amy. We had a lot of fun and it was a perfect start to the summer!
The bathroom lines. I was about halfway through at this point and decided I could just hold it. 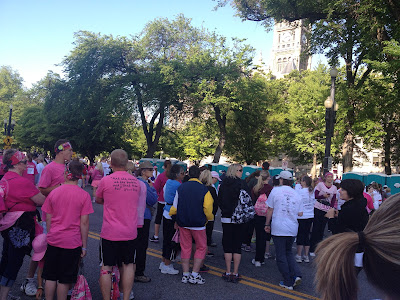 Joylyn and I. Our team name was Treasured Chests so we bought eye patches to wear but I took mine off for the picture. I also didn't want to run with it since that would mess up depth perception haha. 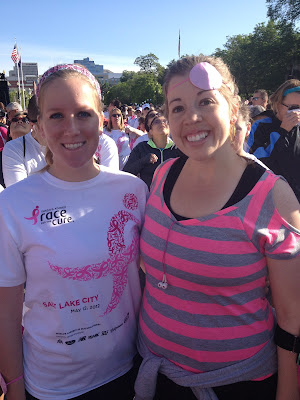 I took this photo while running so that's why it's blurry. It also doesn't even capture the point... the street was a sea of people. 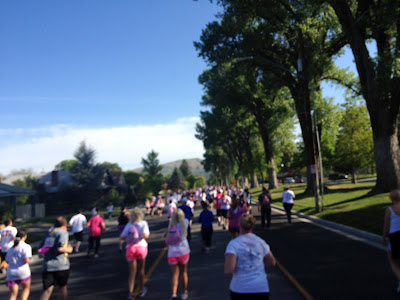 Joylyn at the finish! 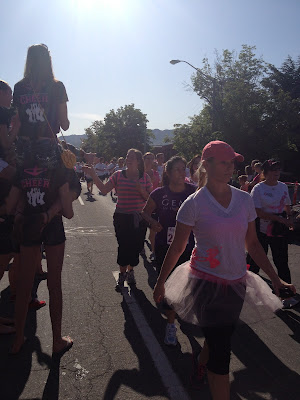 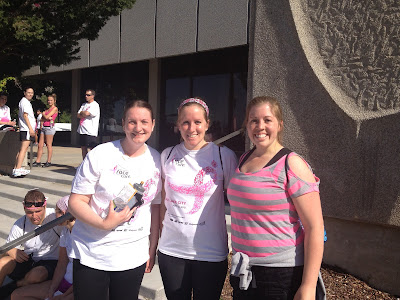 Thanks for doing it again this year!!