It's probably best not to post about this day but... oh well.

Cory had to work mothers day. He would have taken it off if I had asked him but it was an overtime day which means he gets paid double and that was just too much to lose when he would have today off to help give me a break. But, I still complained about it the whole week before and was mad that when all the other mothers were getting meals made for them and would have their husbands take the kids to priesthood and yadda, yadda, yadda, it would be another Sunday for me with no help. I tried telling myself that single mothers never get that break AND they have to provide for themselves as well. I also tried telling myself I was lucky to even be a mom. It worked for a while and by Saturday night I was determined to make it a good mothers day for myself and enjoy my time with Kennedy. But I still had this feeling things were going to be bad...

Kennedy decided to wake up at 6:30. She's slept in till 8:30 every day prior to that this week, but of course, mothers day was the day to wake up before the sun. I wasn't happy about it but we started out the day alright. I made us yummy pancakes and we sat down and ate together.
Don't these look amazing?? Guess what? THEY ARE!! They're supposed to be the IHOP recipe. They don't taste exactly like them but they're pretty close and they are so good! If you want the recipe, message or email me and I'd be happy to share it. 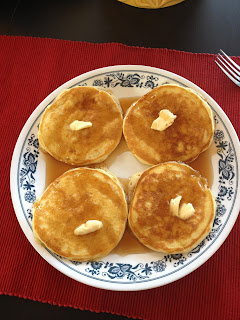 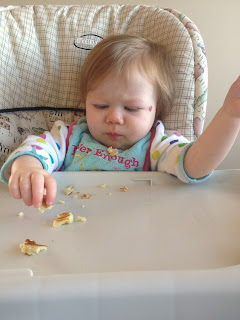 I sent this picture to both Grandma's with the caption, "If you don't have a good mothers day I'm coming after you!" 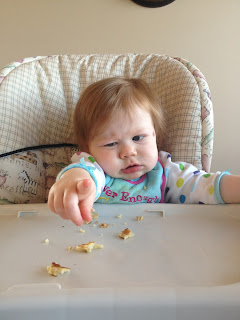 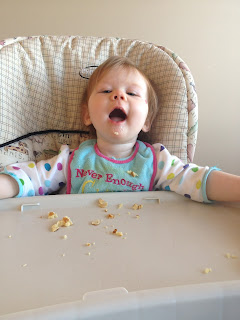 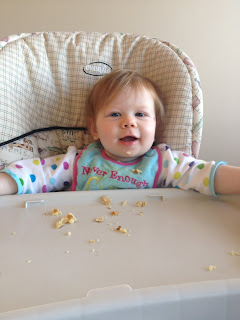 Then I tried laying Kennedy down for a nap. Generally on Sundays I let her sleep a little longer in the morning because she doesn't get a nap with 1:00 church. But did she this morning? Of course not! She didn't even nap. After about an hour I gave up and got her dressed. She looked adorable! 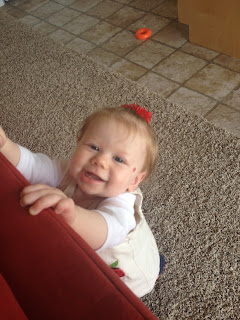 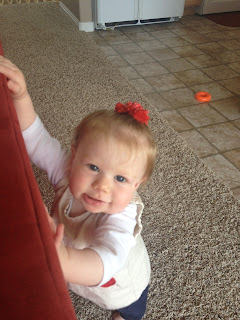 Then all hell broke out. She was really tired and threw tantrums over EVERYTHING!! She spent the rest of the time before church crying and screaming and getting into things. I feared for sacrament meeting. Sure enough, I made it till just after they passed the sacrament before we had to go out in the hall to keep moving around. I didn't get to hear any talks. Then I had to teach Sunday School without Cory with this cranky, out of control baby. I had two amazing sisters in the ward offer to take her but they have little ones of their own and she doesn't like to go to people when she's tired so I didn't want to burden them. I owe my sanity to a girl in my class because she spent the whole lesson keeping Kennedy busy AND listening. She was incredible!!! After Sunday School I had to teach a song to the Relief Society sister for our musical number in sacrament next week. Again, a loving, thoughtful neighbor watched her while I was up trying to lead the music without making it obvious I was shaking and sweating bullets from being so stressed out and just ready for the day to end. And apparently I HATE being up in front of people. HATE IT!!! But it went alright.

We went to my parent's house for dinner and she fell asleep on the way up (It's a 5 min drive) but then woke up after we got there and spent another 45 minutes screaming and crying and throwing a fit. I felt awful because by then I had HAD IT!! I was supposed to be there to make my mom feel appreciated and instead I broke down and she had to come to MY rescue. I'm so sorry, Mom!! :( Thank you so much for helping me out! She was so cranky the whole time. Then I went over the see Cory's mom and the scene was the same. Crying, being cranky.... you know. By then though I had gotten it together and didn't melt down. However, I was so pissed that Kennedy was acting up because it made it impossible to make my mom's feel special. I feel like the whole day was a waste and I wish I could go back and do it again. I just knew Kennedy was going to be a butthead. I could feel it!! We came home at 8:30, I put my zombie baby to bed and then I went straight to bed myself. I was exhausted, frustrated, and mad that day had gone so poorly. I just wanted it to end.

I know that just because it's supposed to be a special day it doesn't mean everything will go well. It was my first mothers day as a real mom and it sucked. Plain and simple. But, there will be more and even though I was ready to run away from that child, I'm very lucky to have her and I love her with all my heart. She really is a blessing to our family.

And in an effort to make me feel appreciated, Cory had flowers delivered to me Saturday morning and he surprised me with a certificate for a one hour massage!!! I've never had one so I'm pretty excited!! Cory is a guy and there's many times they just don't get it. However, he really is an amazing husband and father and I love him so much and am grateful for all he does for us. 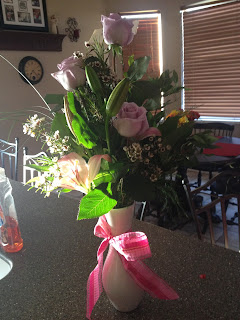 Enjoy your massage! It's not just , there is something about Mother's Day that brings out the absolute worst in kids. Nursery was a terror too. :p