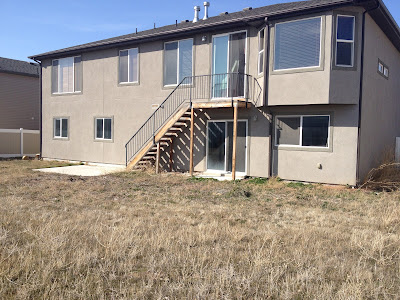 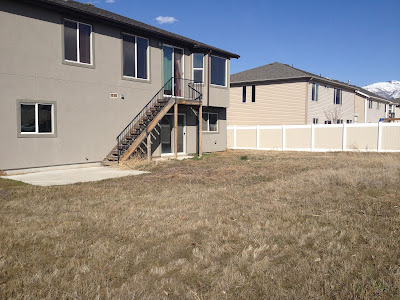 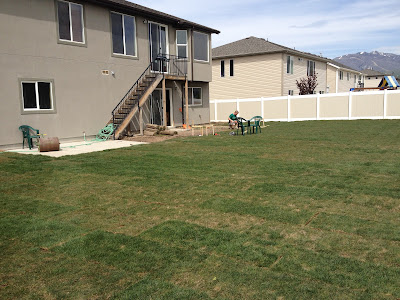 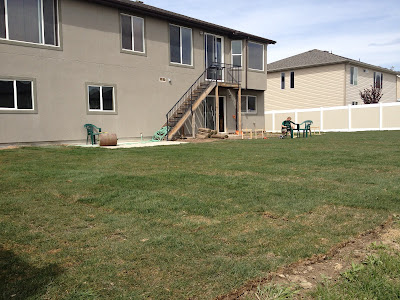 We have grass!! It'll look a lot better when it blends together and starts to grow. It's only been in 2 days. But we're so excited!! Again, thanks so much to everyone who helped. We had so much help I had to turn people away and we got it done in just over an hour. Our next project is the deck. In the above pictures Cory is mapping it out getting ready to put the posts up. We bought everything we need except the railing. Cory wants to weld a metal one together so he needs to go get the metal when we get closer. We planned on putting 4 trees in but we didn't budget enough for that many because we had no idea how much tree's were. They're pricey! We're hoping they'll be cheaper in the fall and we'll go get some then. We're still debating about what to do with the area under the deck and where to have a garden. I also want a fire pit before Kennedy's first birthday. But, it's coming along!
Posted by Megan and Cory at 3:43 PM