I'll spare you the "I can't believe how fast it's gone" crap and just say that Kennedy turned 10 months last week!! She's growing like crazy! She's a fast crawler now and follows me everywhere. I'll go into one of the bedrooms and within seconds I hear her breathing hard as she's racing down the hall after me. This sight is quite common. It cracks me up: 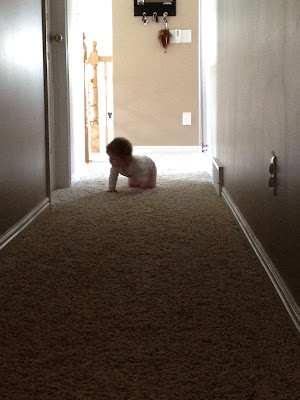 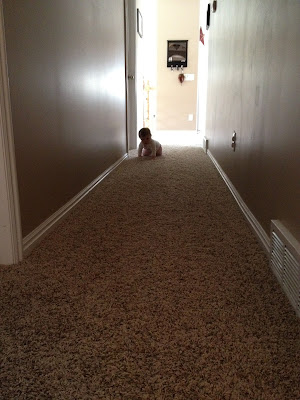 She's all over the place and gets into everything. She makes pretty big messes sometimes. I swear her goal is to touch every surface of the house. The littlest things fascinate her and she has to check them out:
This picture is too funny, I had to post it again. 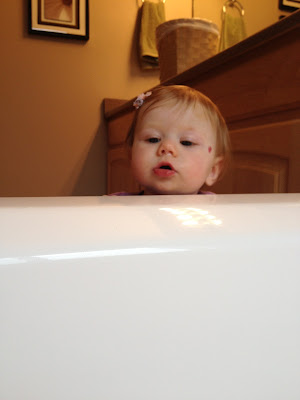 Her toys are everywhere now 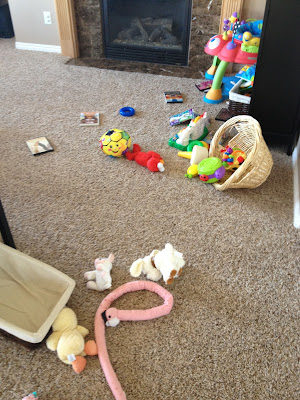 She found the Ensign. It didn't survive. 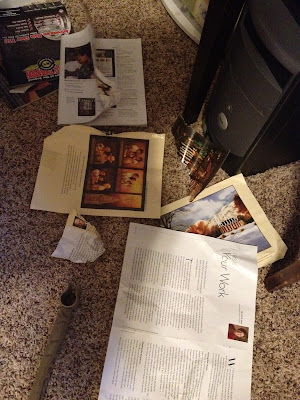 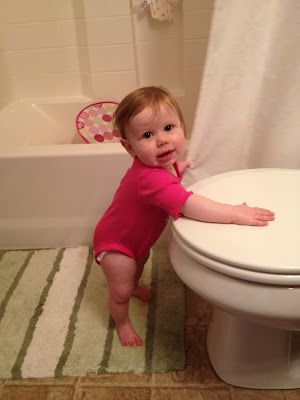 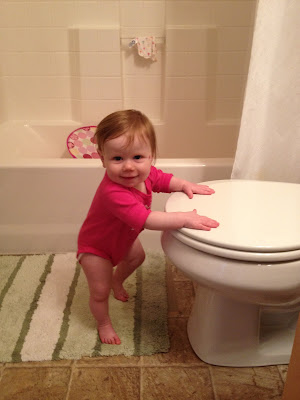 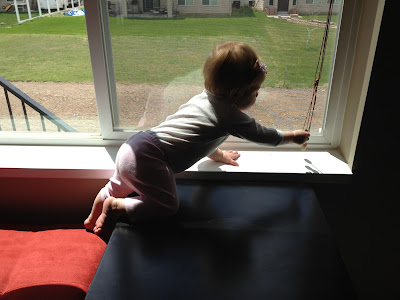 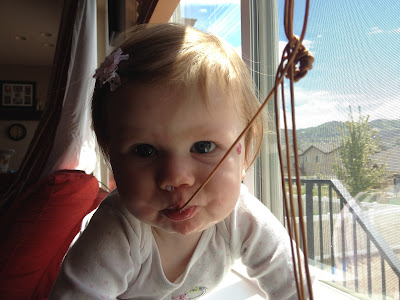 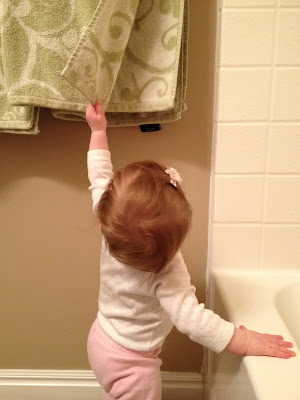 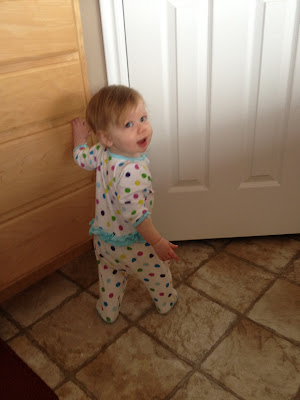 She figured out how to climb up a couple stairs last night at my parent's house. She even got herself back down them without injury or tears.

She loves Sesame Street, especially Cookie Monster. She tries to get as close as she can so she can touch them: 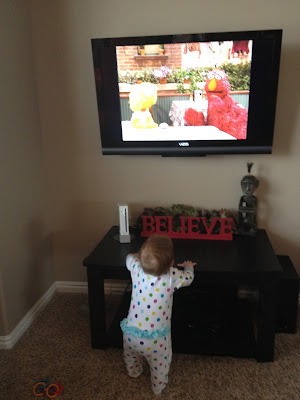 She loves to copy me. She dances when I dance (or when there's music on). The other day there was a catchy song on the TV and I was bobbing my head without realizing it. I looked over at her and she was watching me and smiled then started doing the same thing. Another example is I was wiping her drool off the couch and she watched me then put her hand on the couch and started scrubbing too.

She tells me no. When I put her down for a nap or try to do something she doesn't want she shakes her head "no" furiously at me.

She also knows there's certain things she shouldn't be into because she always looks at me and waits for me to get after her. I know she can understand more than I think. Today I put her in her high chair and was putting the tray on and told her to lift her arms up and she actually did it. Crazy!!

She loves to tease people and laugh. She loves wrestling and being swung around by her Daddy. She's always been so observant and is more interested in figuring out how things work rather than what's inside them or just watching with amusement. She's always trying to figure things out. And she now has two teeth!! Hurray!! As always, we love her so much and we love watching her explore and learn new things.
Posted by Megan and Cory at 4:11 PM