It's time for another random update. I don't really feel like making several posts so we'll just cram it all into one.

First off, Cory and I were driving around Salt Lake yesterday and started talking about whether or not the apartments on Dumb and Dumber were filmed in Utah. We'd heard it before but never saw them. So we googled it and sure enough, they were! 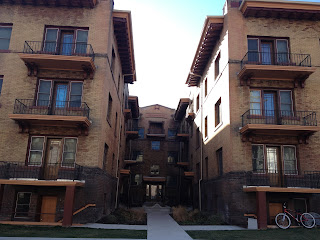 We were pretty excited that it was true, as lame as that is. Don't judge.

Next, my friend and I went to the zoo last week. I was hoping since it was a school day and still pretty early in the year that it wouldn't be too crowded. It wasn't awful, but it was packed with young mom's with their strollers and toddlers. You can imagine the chaos. We had a great time though. The giraffe's were closer than I've ever seen them. We could have petted them if we wanted but I didn't really want to touch whatever might be on them. 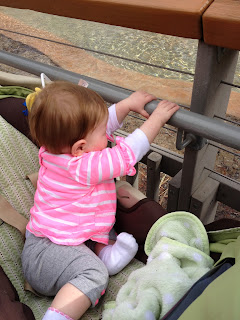 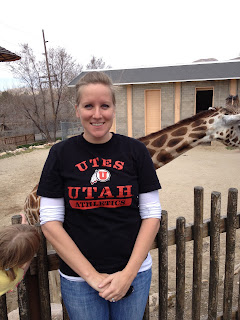 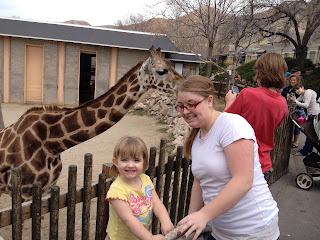 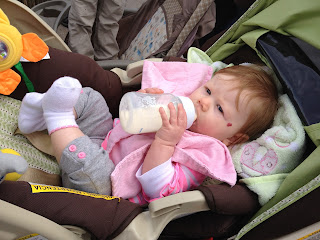 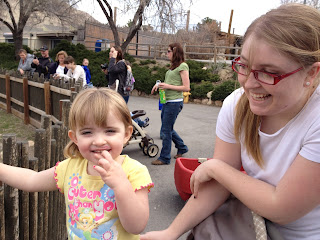 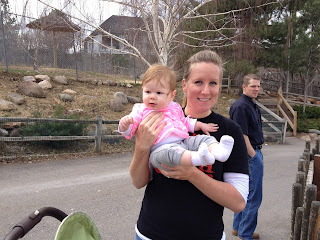 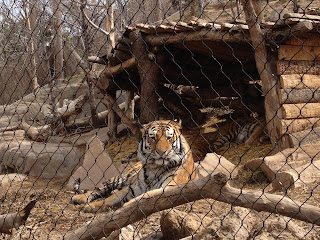 We break ground (literally) on the backyard tomorrow. I absolutely cannot wait to have a yard. That's pretty much all we talk about these days. It's kind of fun to have a big project to undertake. I say that now, I'm sure it'll get more than old as the weeks go on. But we'll finally have a place to entertain without worrying about keeping kids out of stuff or having to stay quiet because Kennedy is asleep. We can BBQ and have fires and throw a frisbee... yeah I'm excited.

Miss Baby-Kennedy (as she's known among my family) has exploded with personality lately. She's still so happy and loving, but now she loves to play and laugh and get involved. We're hoping she's adventurous because nothing we've tried with her has scared her. Cory calls her our roller-coaster baby because he doesn't want her to be afraid to ride roller coasters haha. She still won't crawl, darn it! She's a roller at heart I guess. She also still doesn't have any teeth. However she is pulling herself up to standing on furniture and objects throughout the house. She's so anxious to get everywhere and explore everything. I'm a full supporter of that, but sometimes she gets herself stuck: 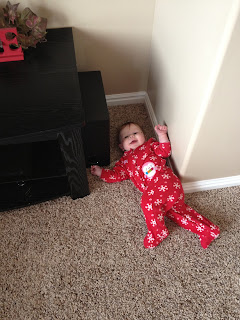 Regardless of her missing teething, she still loves Cheerios and graham crackers. I need to introduce more foods to her though. I've been lazy in that department. She loves to wrestle with her stuffed animals and play with her feet. She's so much fun! 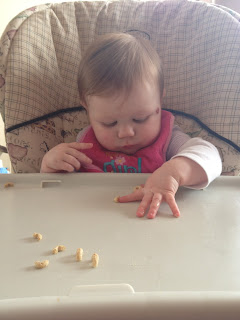 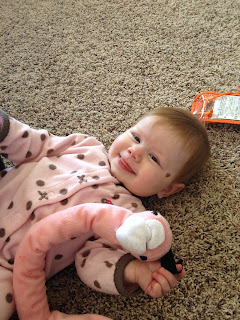 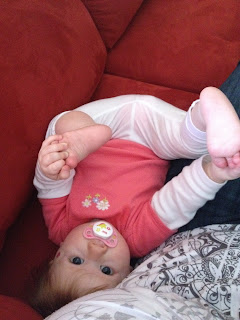 And finally, a cute video of her learning how her body works. Watch until the end because she celebrates and it's the cutest thing ever!

LOVE IT!!! So cute! She's getting bigger by the day!