Here are a bunch of random updates in no particular order:

First, we decided to put Kennedy in the crawling position and see how she fared. She just sat there confused for a couple minutes until she finally fell over. 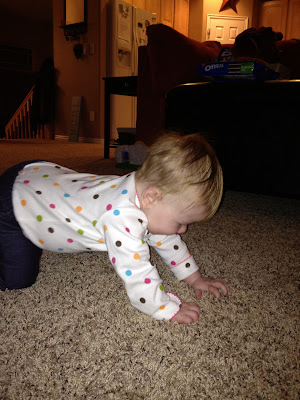 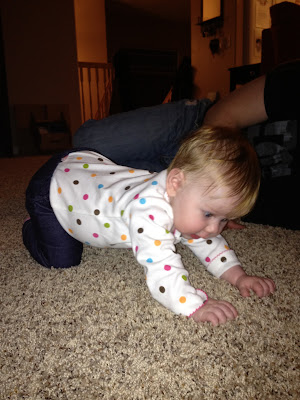 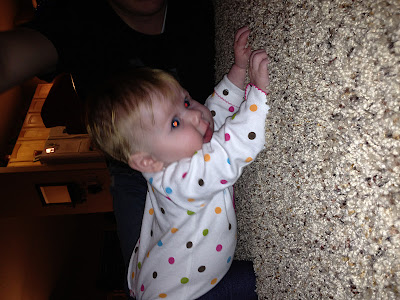 Second, we finally got snow!! We had a good 6 inches at our house. The people across the street only got about 3.... go figure.... 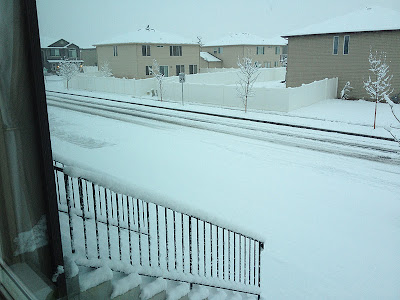 Third, we grouted our back splash today. Ta-Da! 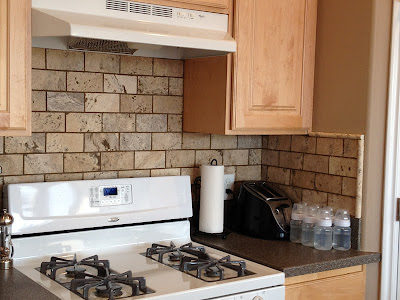 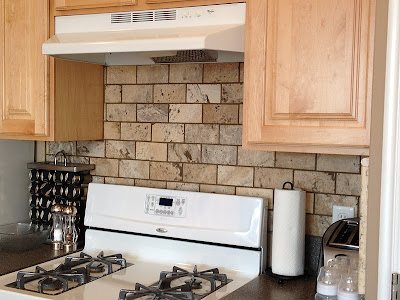 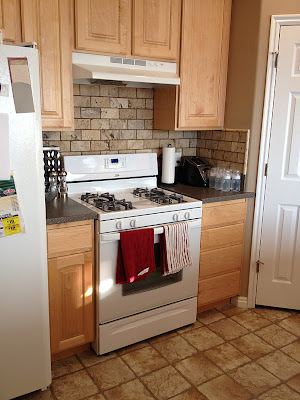 Fourth, I've been working on some craft projects that were supposed to last me a while and they're already done.
This one is for the front room when we get it done: 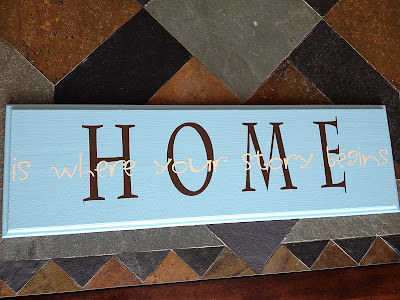 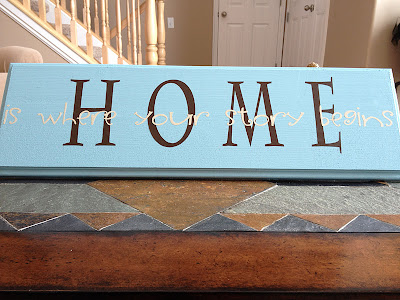 I'm doing our front room those colors. It'll be blue, dark brown, tan, and white. It's going to look awesome! But not till probably February... Until then it's a blob of tan. 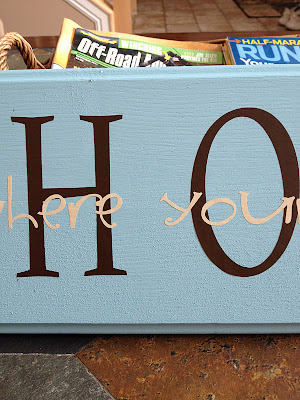 I wanted a cute something to hang on our front door for months without Holidays or months with holidays I don't care about. So, I made this: 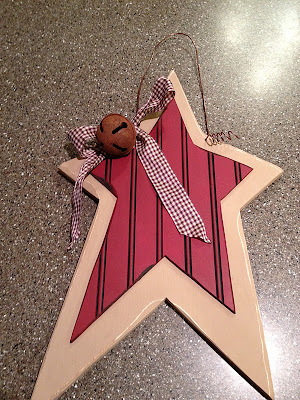 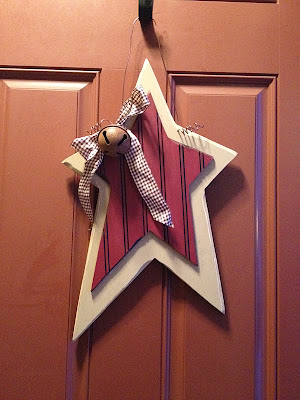 Cute, eh? I'm getting better at this crafting crap.

And finally, Kennedy has been speaking with consonant sounds!! The other day I was doing something and she was quiet and then randomly just said "Dada." I flipped out and went over and said, "Did you just say dada?" She smiled at me and repeated it and copied me each time I said it. I know she has no idea what it means but it's the cutest!! I got video of her kind of saying it. It's more of a mix of "yaya" and "dada" in it, and it also won't upload on here for some infuriating reason, so I'll post it on facebook for you guys to see.

That's the end of the randomness.