Finally, on the list of things to update on, Kennedy turned 6 months old about a week ago! Our little weed is growing like crazy. She's been so much fun!

She's doing pretty well at sitting up. She can stay up by herself for quite a while and she leans forward without problems. But when she leans back she topples over. I'm impressed how quickly she's learned to sit up already so I wouldn't be surprised if she stabilizes soon. She really does well when she has a toy to play with, too.

She's also learned how to talk! She can say momma, dadda, play, pat, and Madagascar. Ok, not really... but she does babble nonsense constantly and is a pro at making a Chewbacca sound, a talent she inherited from her mother. That's not a joke, I really can do an impressive Chewy impersonation. Everyone says she'll probably be an early talker but I'm not relying on anything anyone says. Every child is different and ultimately the choice will be up to Kennedy when she starts to talk. 6 months is too early though. :)

Anything and everything she gets her hands on goes in her mouth. It's frustrating during times when she wants my phone or tries to eat the hymn book at church, but it's a good thing for eating solids. She's been eating solids for a couple months now. We started out with rice cereal which she thought was pretty ok. Then I tired banana's and she wasn't crazy about them. She loves peas and carrots. She's such a good little eater. 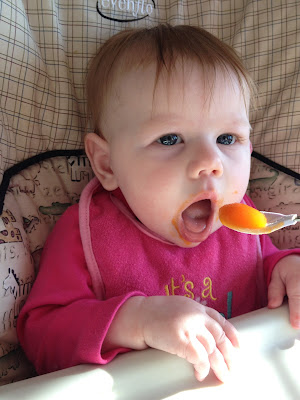 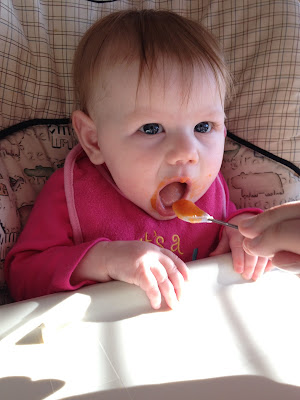 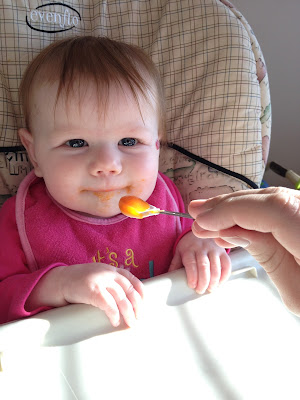 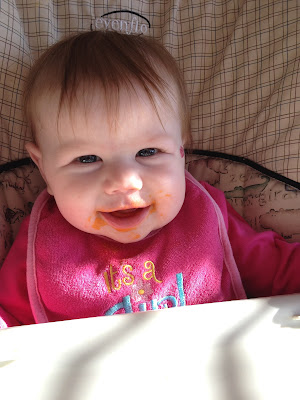 We sure love her! She has her 6 month appointment tomorrow. I'm excited to see what her stats are. Here are some more pictures of our little monkey.
Dude, not now, Mom! 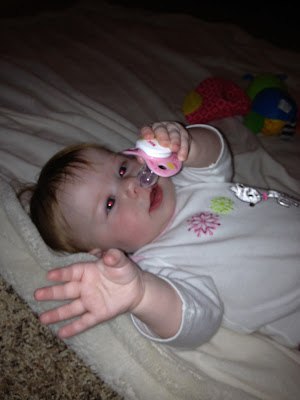 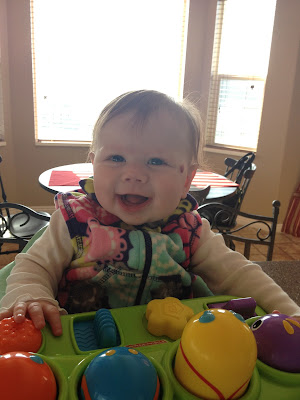 I WILL get that in my mouth!!! 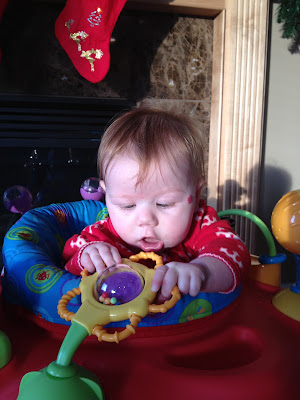 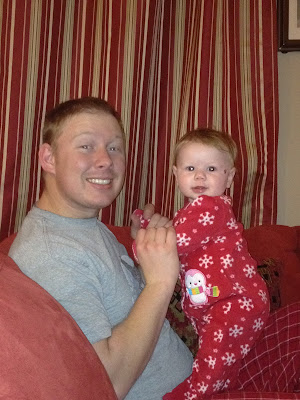 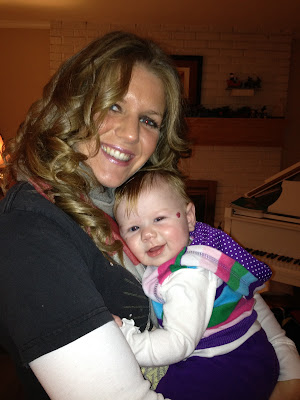 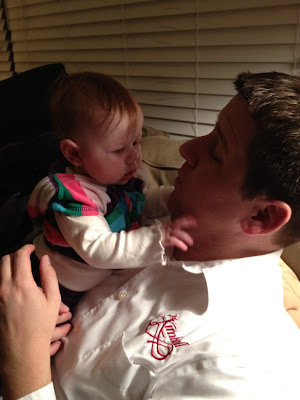 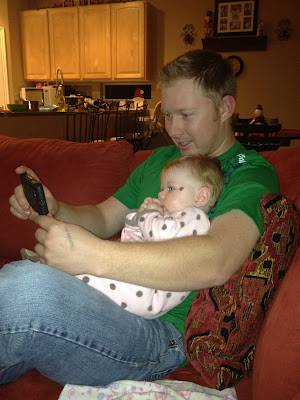 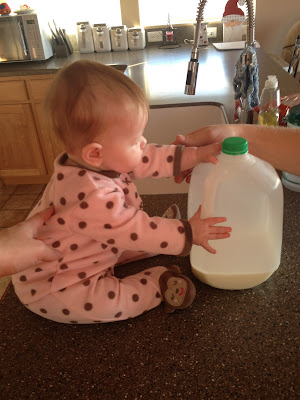 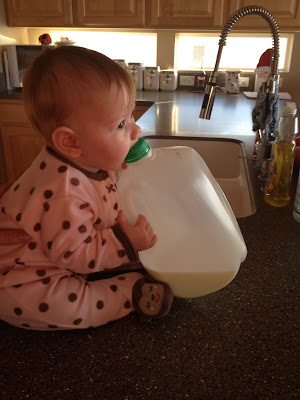 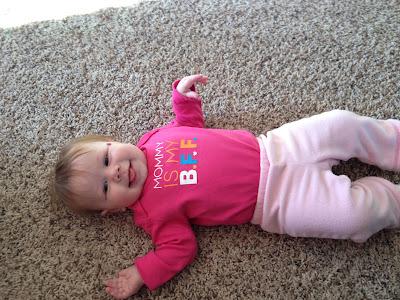 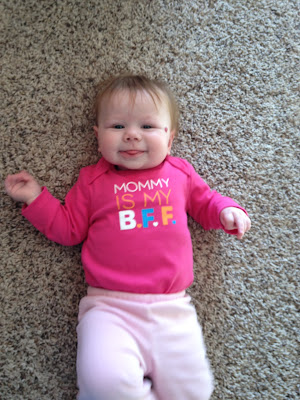 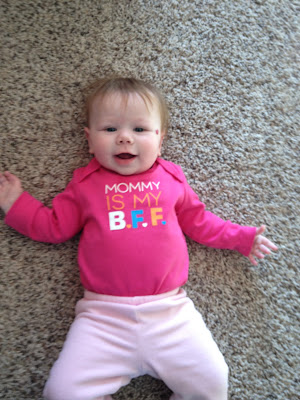