Last night Cory and I went and saw the Blue Man Group. Man, it was cool!!! The best part was the finale which was basically a huge dance party where they had the audience stand up and shake their booty's. They had giant balls floating around the audience and streamers and confetti and such everywhere!! It was a blast. We couldn't take photo's so I stole some off google images of some of the stuff they did. 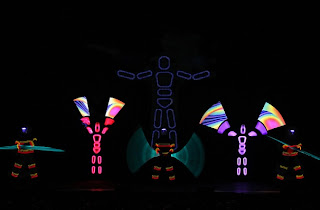 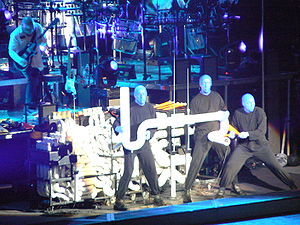 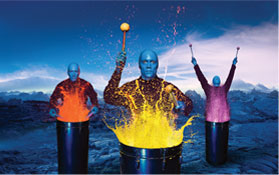 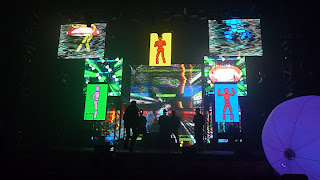 This is what the finale looked like. It was AWESOME! 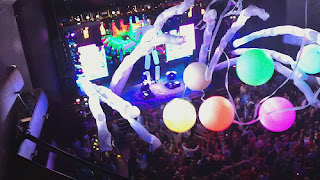 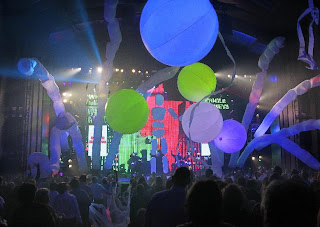 We're so glad we went. We had a great date night.
Posted by Megan and Cory at 8:31 AM