Blow The Town Down!

For those of you who are not residents of our area, we've had quite a day! Last night a storm blew in, and man did it BLOW!! Winds gusts were strong and dangerous, uprooting gigantic pine trees all over, knocking down power lines and killing power to thousands, sending debris flying through the air, tipping over semi's, and closing schools. Traffic was a disaster, I-15 was closed for a while, and traffic lights are out all over the city. They said it could be days before they get power back on. One city close by had winds at almost 100mph which is the same as a category 2 hurricane and it was hit so hard the mayor declared a state of emergency. We went and drove through it this afternoon. It was pretty bad. Luckily our house was free of any damage and we've had power the whole time. The worst that happened was I had to save our garbage cans from blowing across our front lawn. However, Cory's parents were not as lucky. They have 3 enormous pine trees in their yard and all 3 fell down. One barely missed the house and got the hood of his Dad's truck. The other two tore apart the front fence and blocked traffic on the busy road. Hillary told me that Lee was out directing traffic keeping people out of the path of the trees as they came down. He probably saved some lives today. 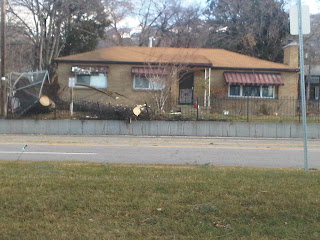 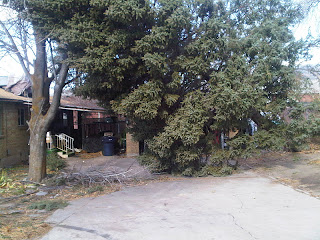 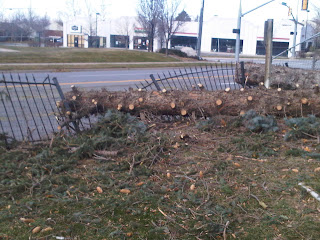 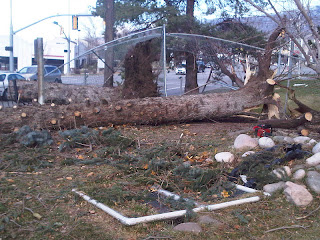 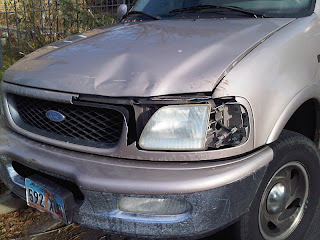 We're so glad everyone is ok and that there wasn't more damage. Here are some crudely taken photo's of other damage we saw while driving around. They're taken with a cell phone while moving so they're not the best. 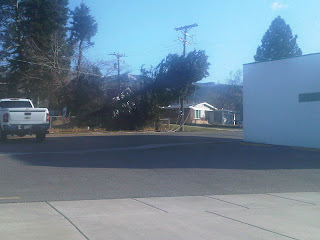 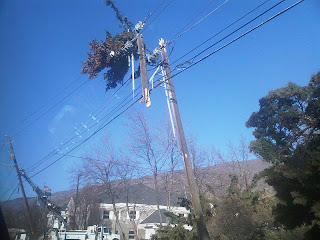 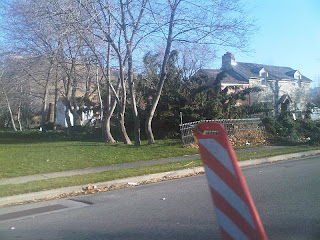 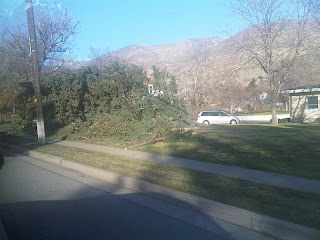 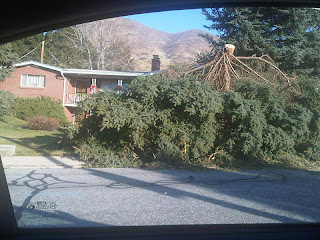 Let the clean up begin! Thankfully the winds should stop tonight and the worst will be behind us.
Posted by Megan and Cory at 6:15 PM

Thanks for clueing me in. I'd heard there were strong winds, but I had no idea it was that bad. Glad you are all safe.